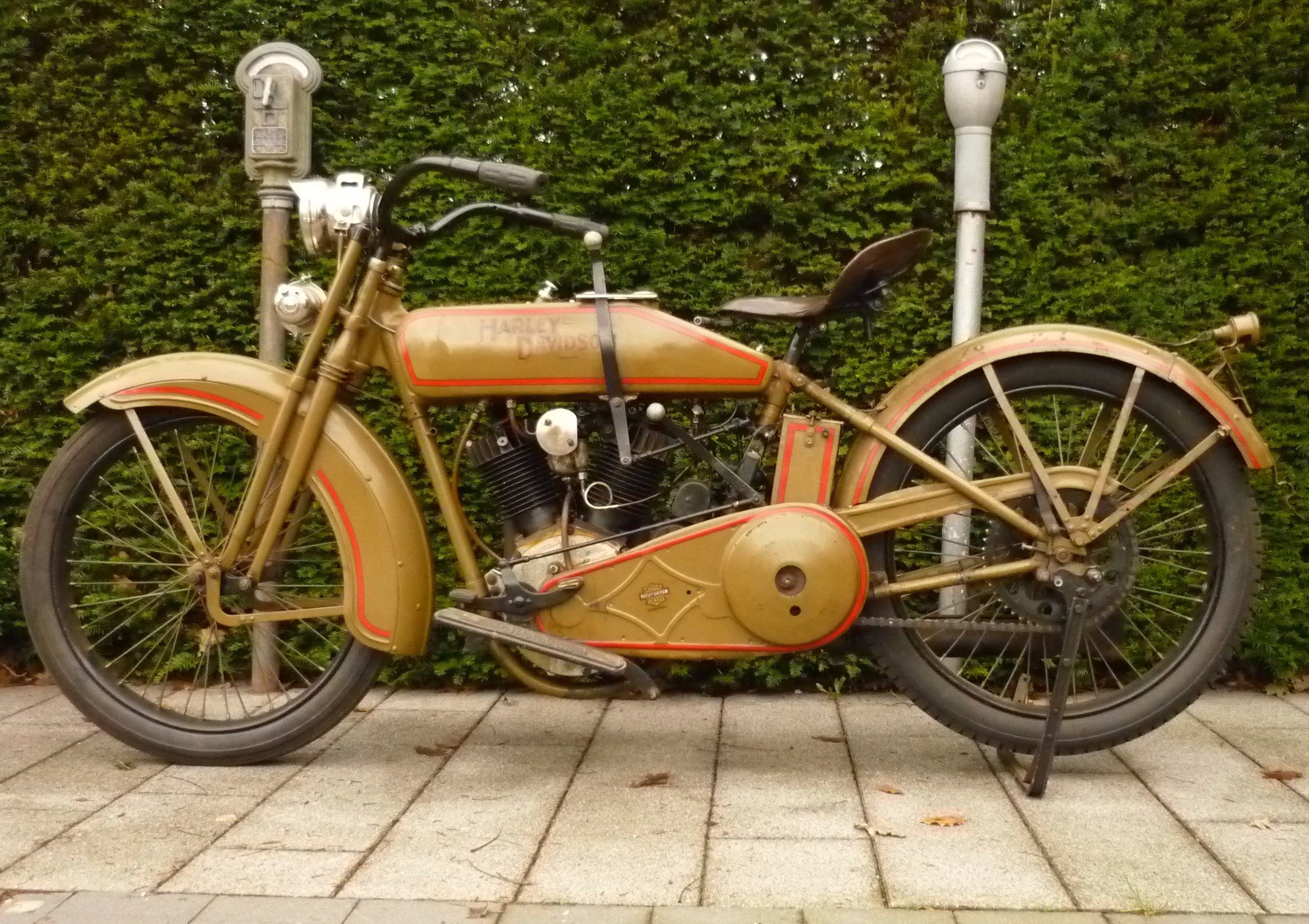 Solid bike that has been ridden a lot.

Harley-Davidson model 1919. This is a 1000cc V-twin head valve.
This motorcycle has always been ridden a lot until it had to be sold due to age and illness of the previous owner. Some adjustments/improvements have been made to this motorcycle to be able to ride it safely on the track. The seat is a bigger later Harley model for better comfort, the exhaust is equipped with a later Harley model, the rear brake which is normally a tire brake has been replaced by a drum brake. All these adjustments are done without damaging the bike and can easily be rebuilt.
The gearbox is also the original one for 1919 and on the A behind the number you can see that it's already from the new improved version.
All in all a perfect touring bike.