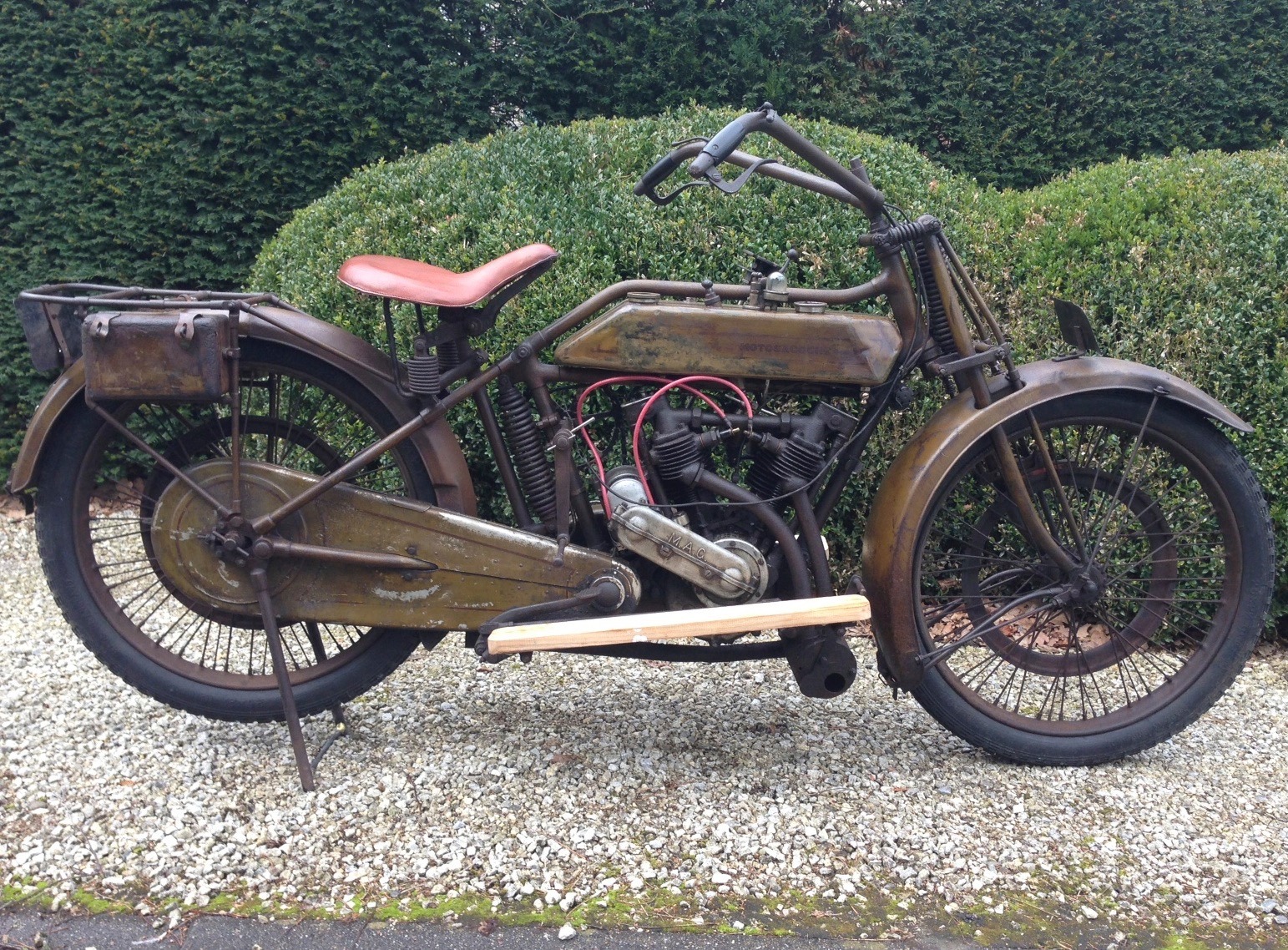 Swiss Motosacoche 600cc V-twin OHV Touring model of 1922. Motosacoche was founded in 1899 by the brothers Dufaux in Geneva Switzerland. One of the first motorcycles they made was an engine with tank and ignition built into a frame that could be built into a bicycle. Only the rear wheel had to be equipped with a coupling for the belt drive. Hence the name Moto-sacoche or engine in a bag. Later they started to make many engines under the name MAG (Motosacoche -Acacias-Geneve, this was the address). These were delivered worldwide to Ariel, Triumph, Matchless and even Brough-Superior. Motosacoche was the biggest Swiss motorcycle manufacturer and had factories in Switzerland, France and Italy. Motosacoche also won many races like the first Bol d'or 24h race in 1922 was won on a 500cc Motosacoche. In 1928 they won many Grand Prix prizes. At the end of the 1920's Bert le Vack became one of the factory drivers, head of design and tuner but on the 17th of September 1931 this came to an end after a fatal accident in the Swiss Alps while testing the new A50 model of Motosacoche.
The model offered here was one of the top models of Motosacoche powered by their own 600cc OHV engine. This was a luxury Touring model that was sturdy enough for sidecar use. The engine is started by hand by a lever on the right side. This model has a luxury suspension because the saddle (itself also sprung) is mounted on an extra frame tube with a big spring (under the saddle) and connected to the running boards. So running boards and saddle spring separately from the rest of the bike.
This Motosacoche is completely original and in very good condition. Saddle has been re-upholstered and wooden running boards have been renewed. These were too bad. Furthermore, oil pump checked, magneto rewound with warranty and everything else checked. Bike is in perfect running condition. You can see the movie on FB or Youtube. 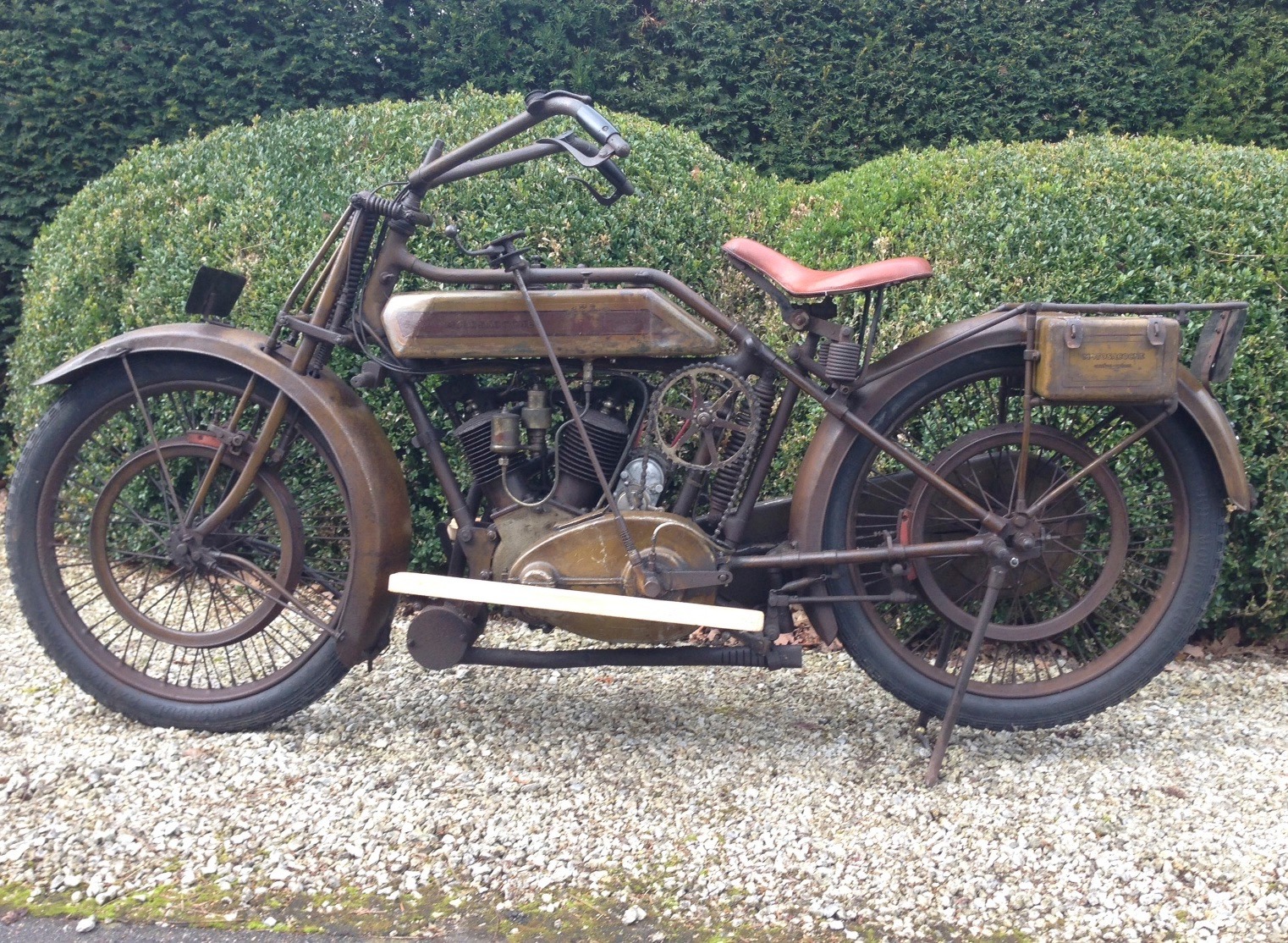 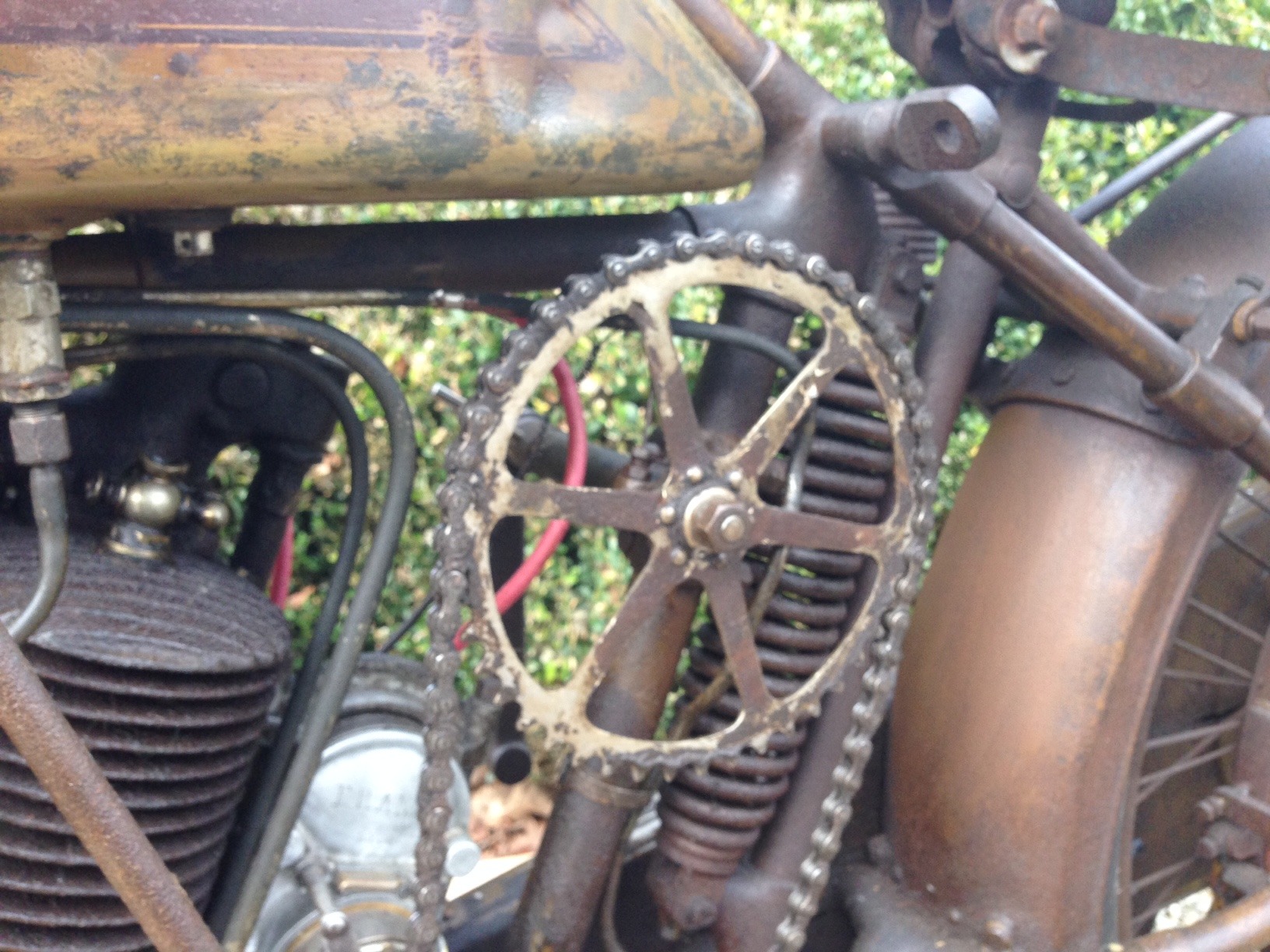 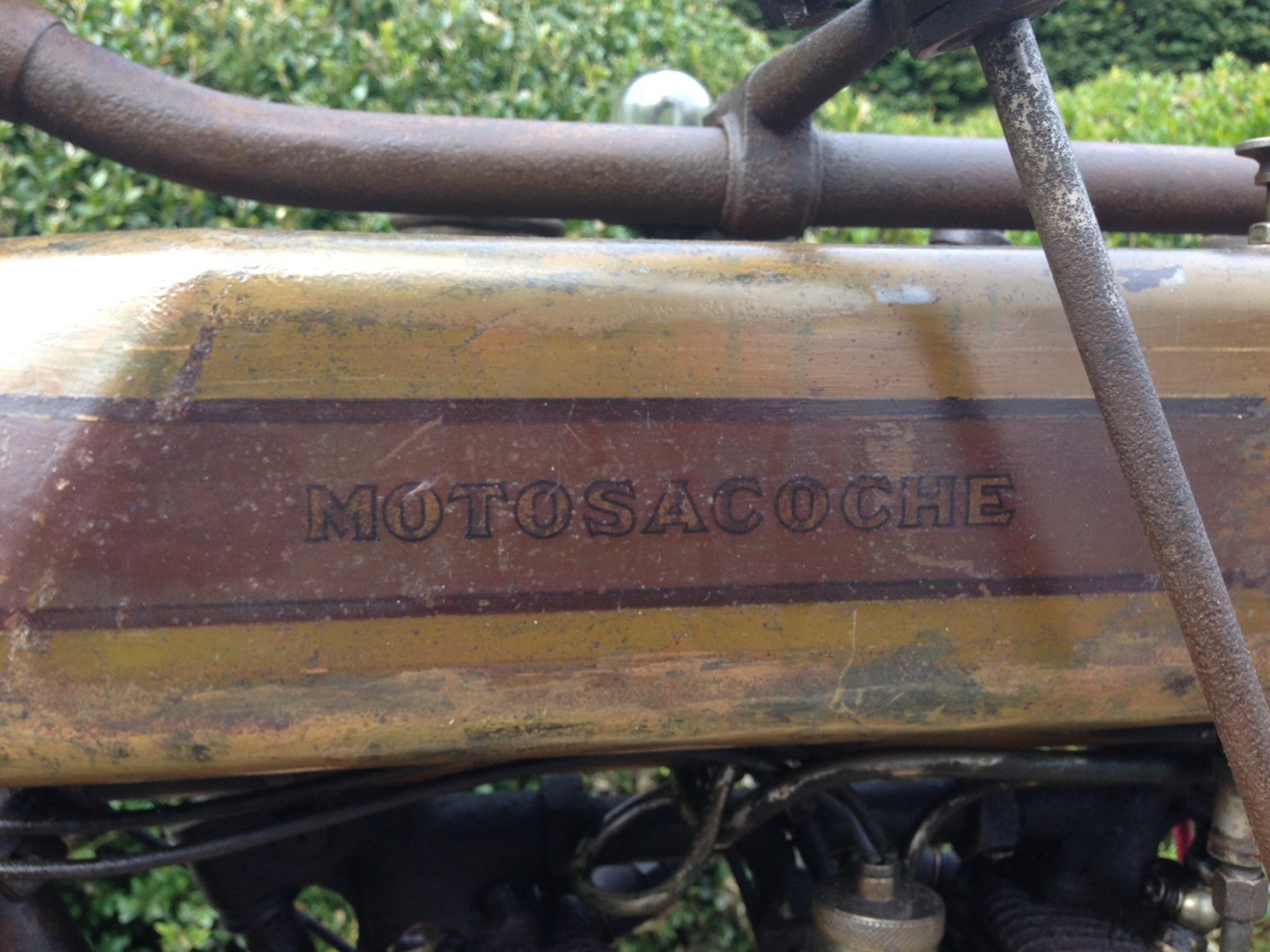 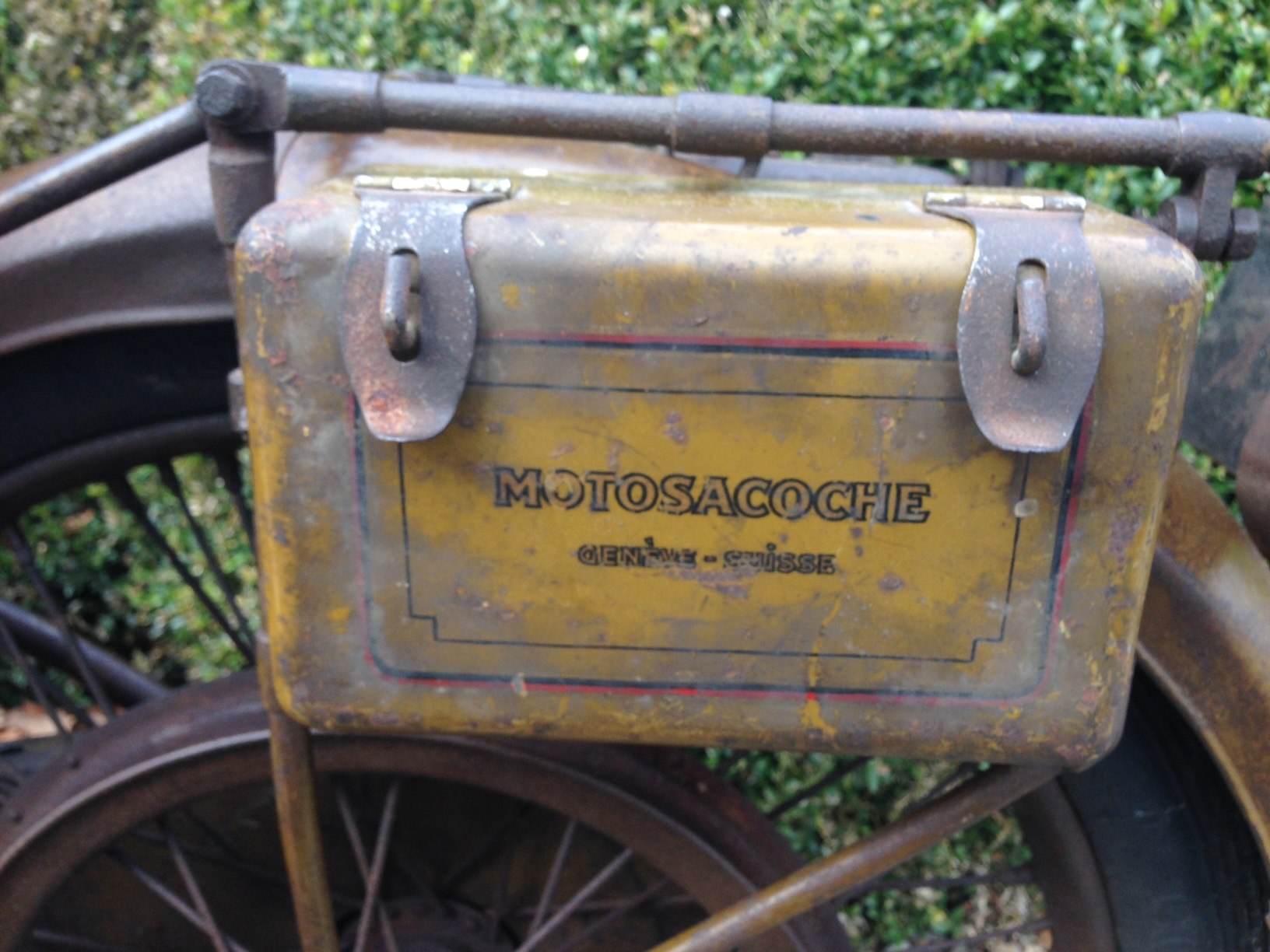