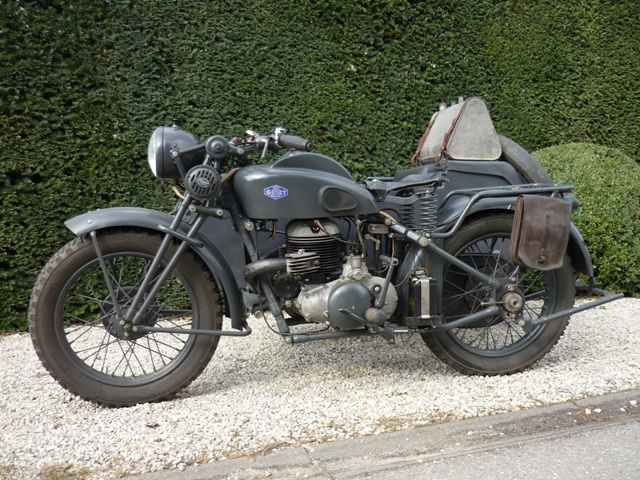 750cc 2 stroke with driven sidecar.German war motorcycle of Belgian make.Fully restored very rare Belgian Gillet ordered by the French army in 1939 for the preparations of the upcoming war. In 1939 France tests several army motorcycles in Vincennes because Gnome et Rhone (model AX800) can not follow the production. The French army was heavily impressed by the Belgian Gillet for this event was equipped with a Belgian sidecar because the original Belgian army sidecar was classified as secret and therefore not allowed to cross the borders. Gillet was the only motorcycle that could easily take slopes of 50%. This order consisted of 1500 Gillet motorcycles but with the French sidecar Bernadet 'Dragon Porté' that would be delivered from 1 May 1940. The first 50 motorcycles that had to be delivered on 1 May could not be finished because Germany did not want to deliver the electrical Bosch installation, because they had to know for whom these motorcycles were. For France they did not want to deliver because they were already at war. So the delivery was delayed 10 days. On May 10, the Germans invaded Belgium and the engines were never delivered to France but were seized by the Germans and there was an order to continue production because Germany could use these engines. The production was delayed as much as possible by the Belgian forced labor so that ultimately only 745 built and delivered to the German army (see the Waffenambt stamp behind the frame number). Of this Gillet there are about 10 complete motorcycles known but this is probably the only German version that exists with a sidecar. Through this link you can see the bike driving: http://www.youtube.com/watch?v=SPpsPCYynIE&feature=youtube_gdata 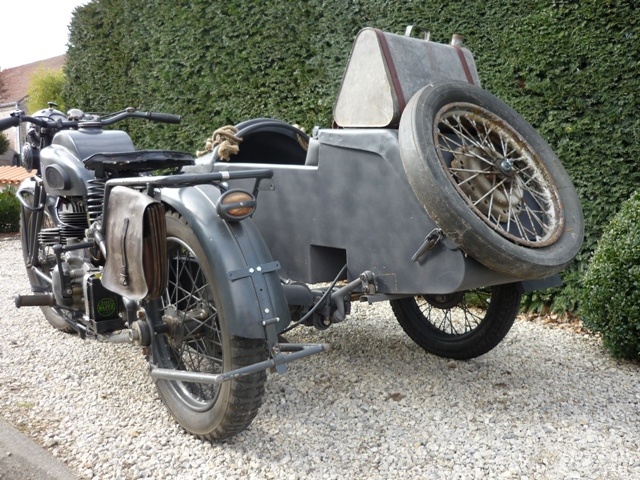 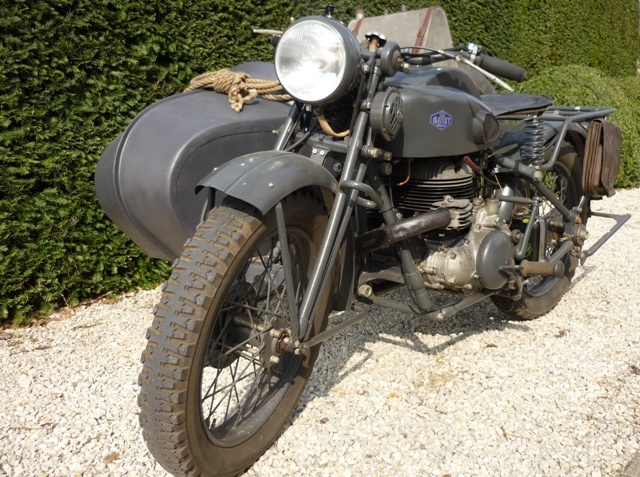 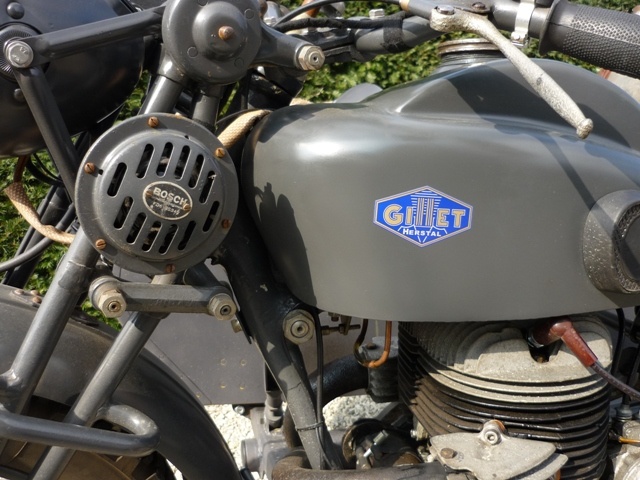 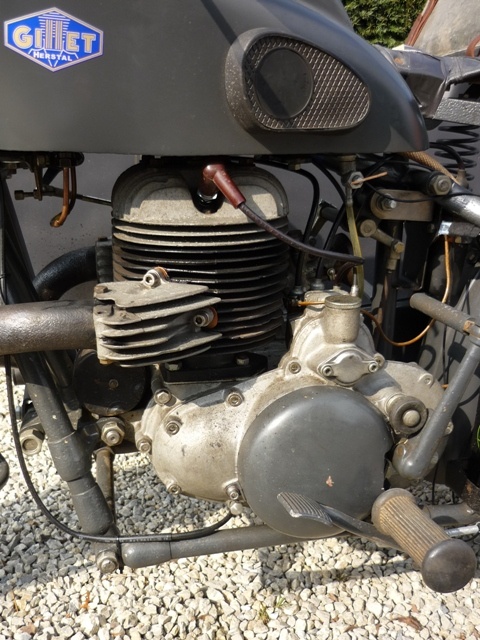 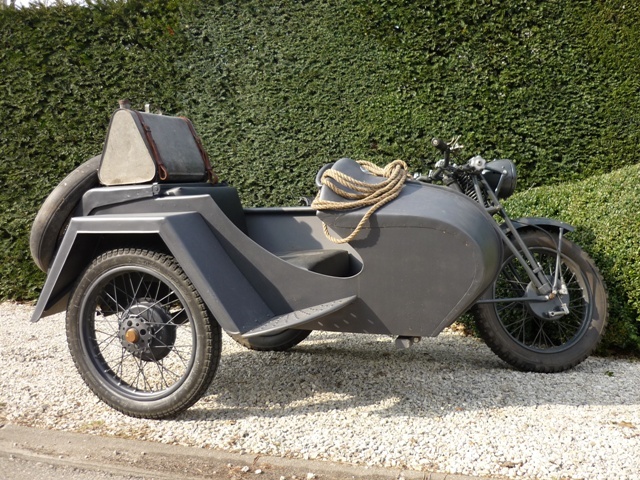 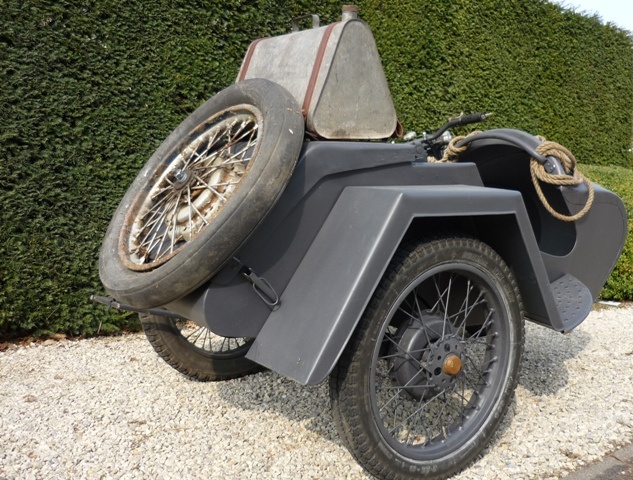 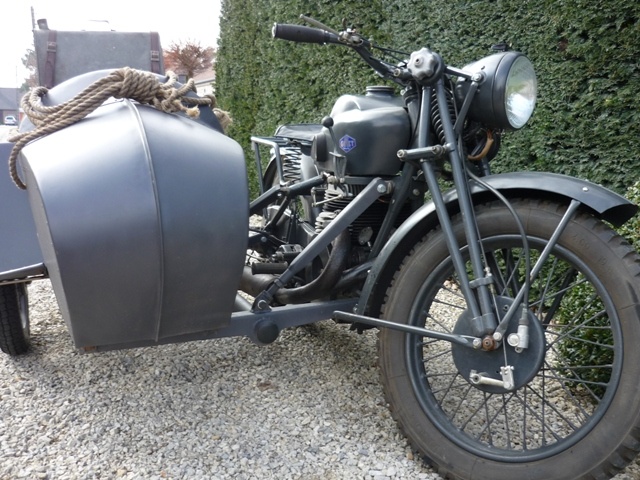 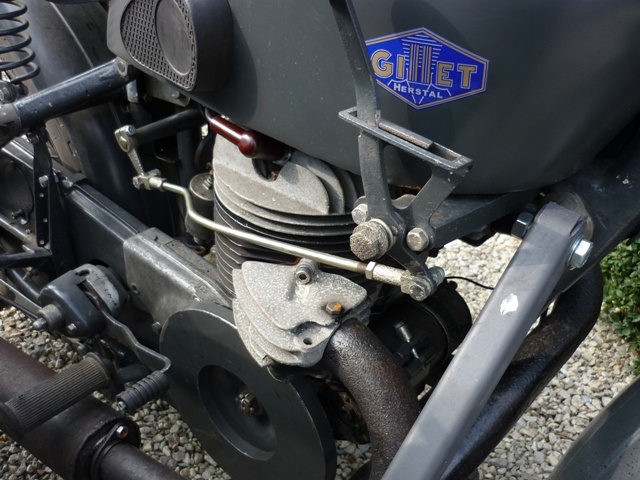