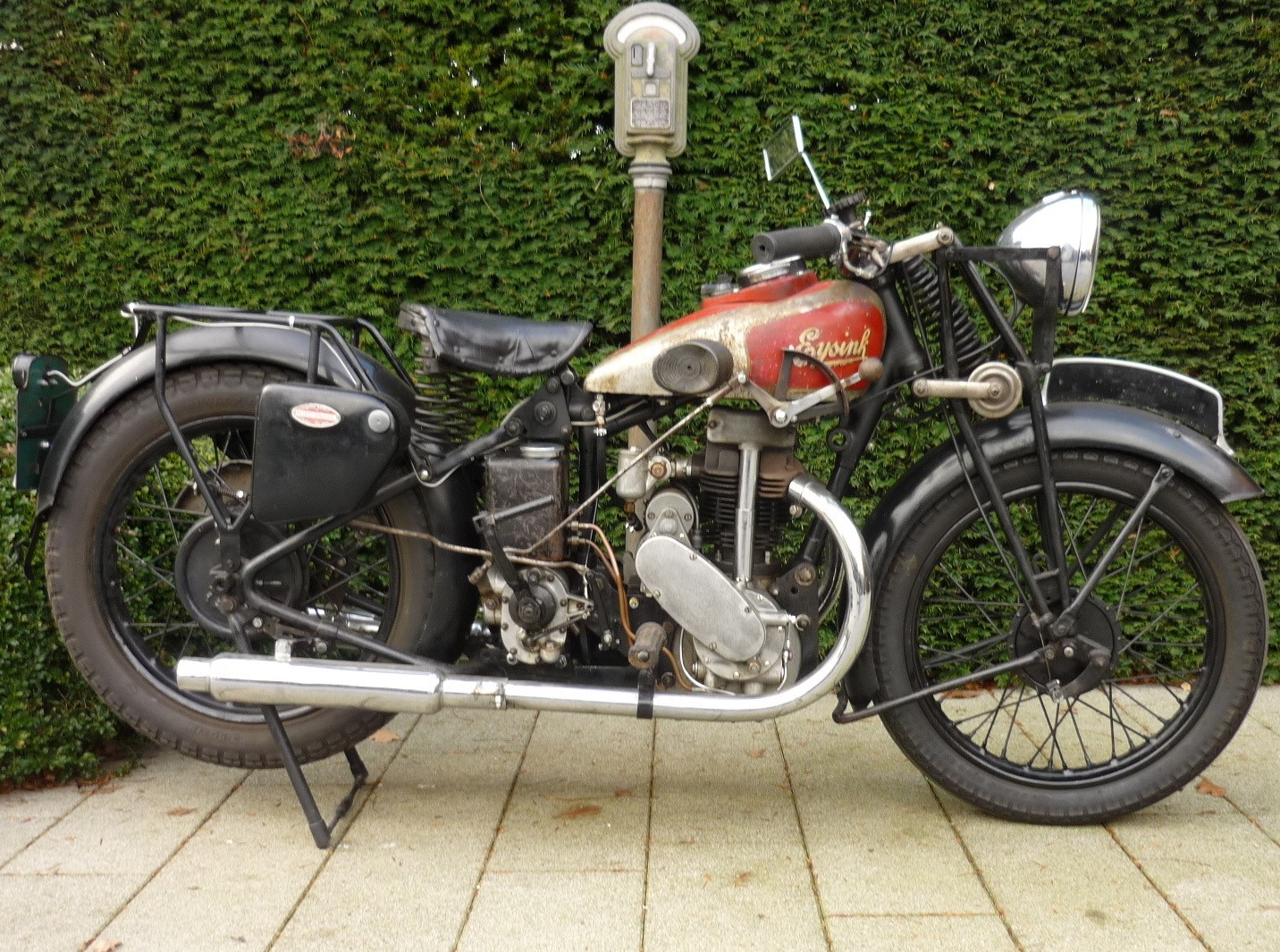 The Eysink factory was founded in 1886 in Amersfoort as a machine factory. In the early 1900's they went with the times and started building cars and motorcycles. Car production was soon stopped but the motorcycle was a permanent feature, though on a small scale compared to other countries.
In the early thirties, the grandson (Dick Eysink) of the founder took care of much advertising for the company in the field of motor sports. In 1931 he won the gold medal at the International Six Days in Italy. Based on this motorcycle starts the production at Eysink of their fast sports motorcycle, the Alpenjager. Because of the high cost of making their own engine they used purchased engines from different brands in 350 and 500cc. Their topper was the model with a Python (Rudge 500cc 4 valve) engine as with this motorcycle.
This offered motorcycle comes from a German museum and was driven much and is therefore in excellent running condition and completely original.
Photos of this motorcycle are also used in the book: Motorrad ikonen from Stefan Knittel. 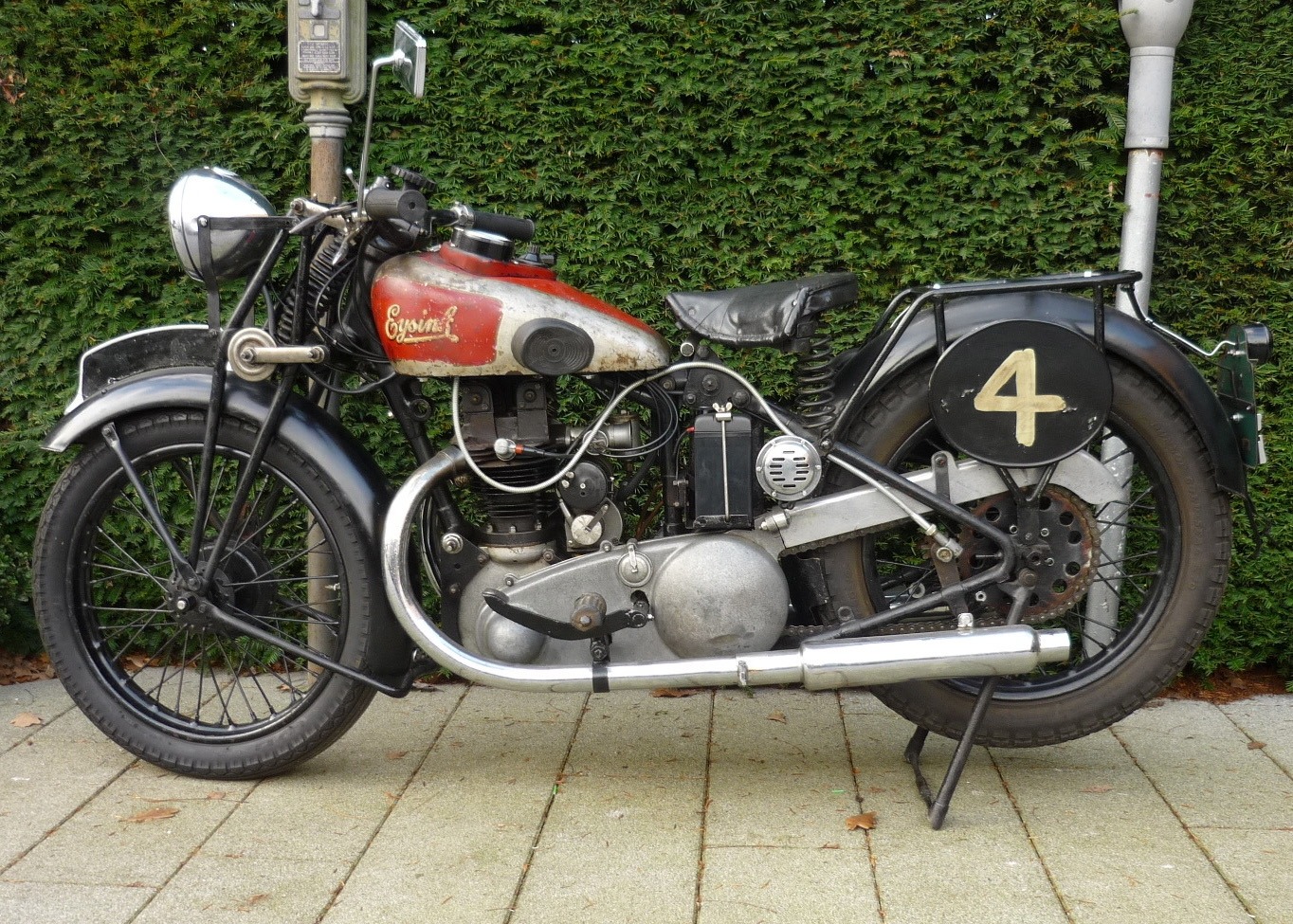 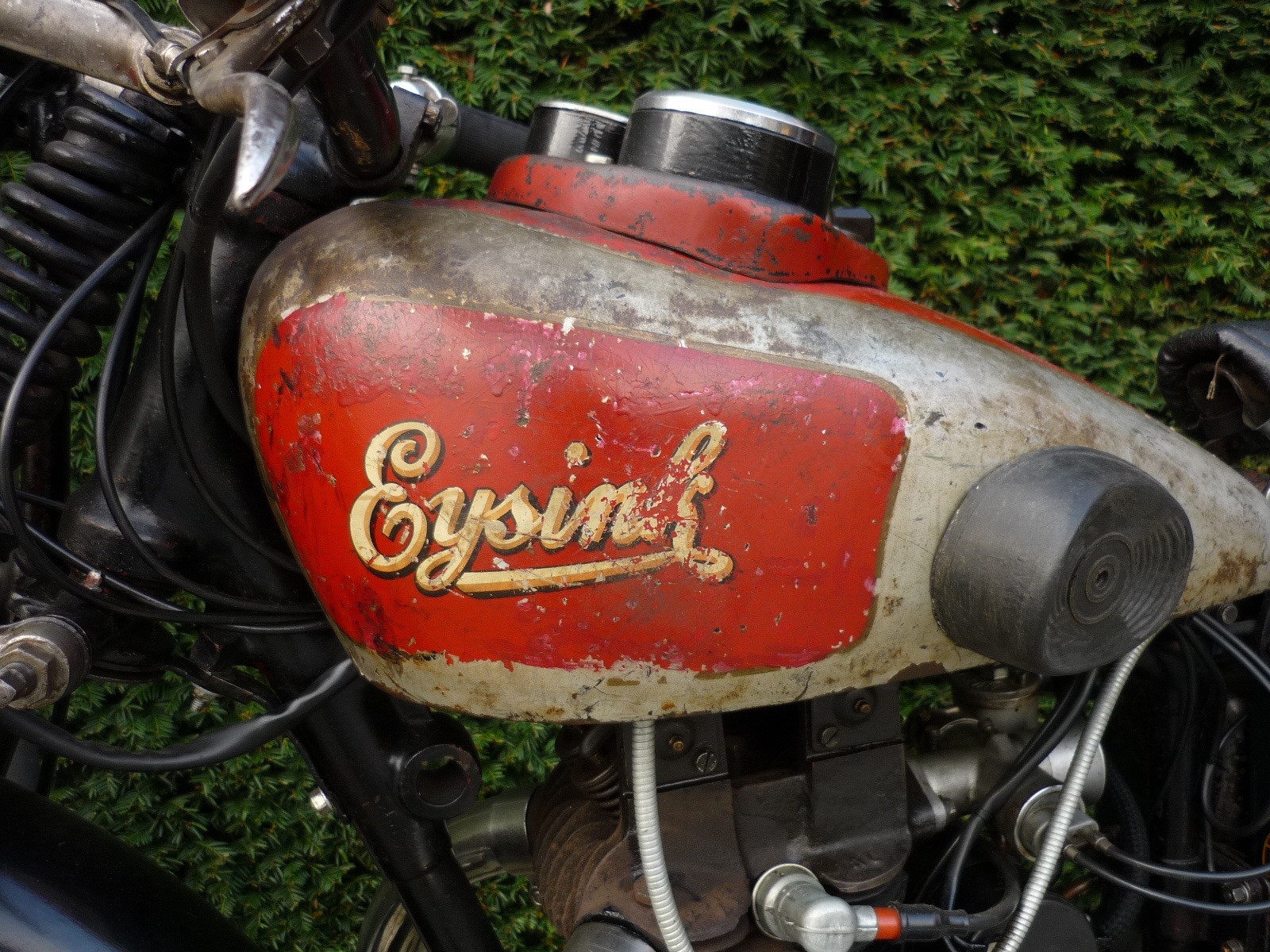