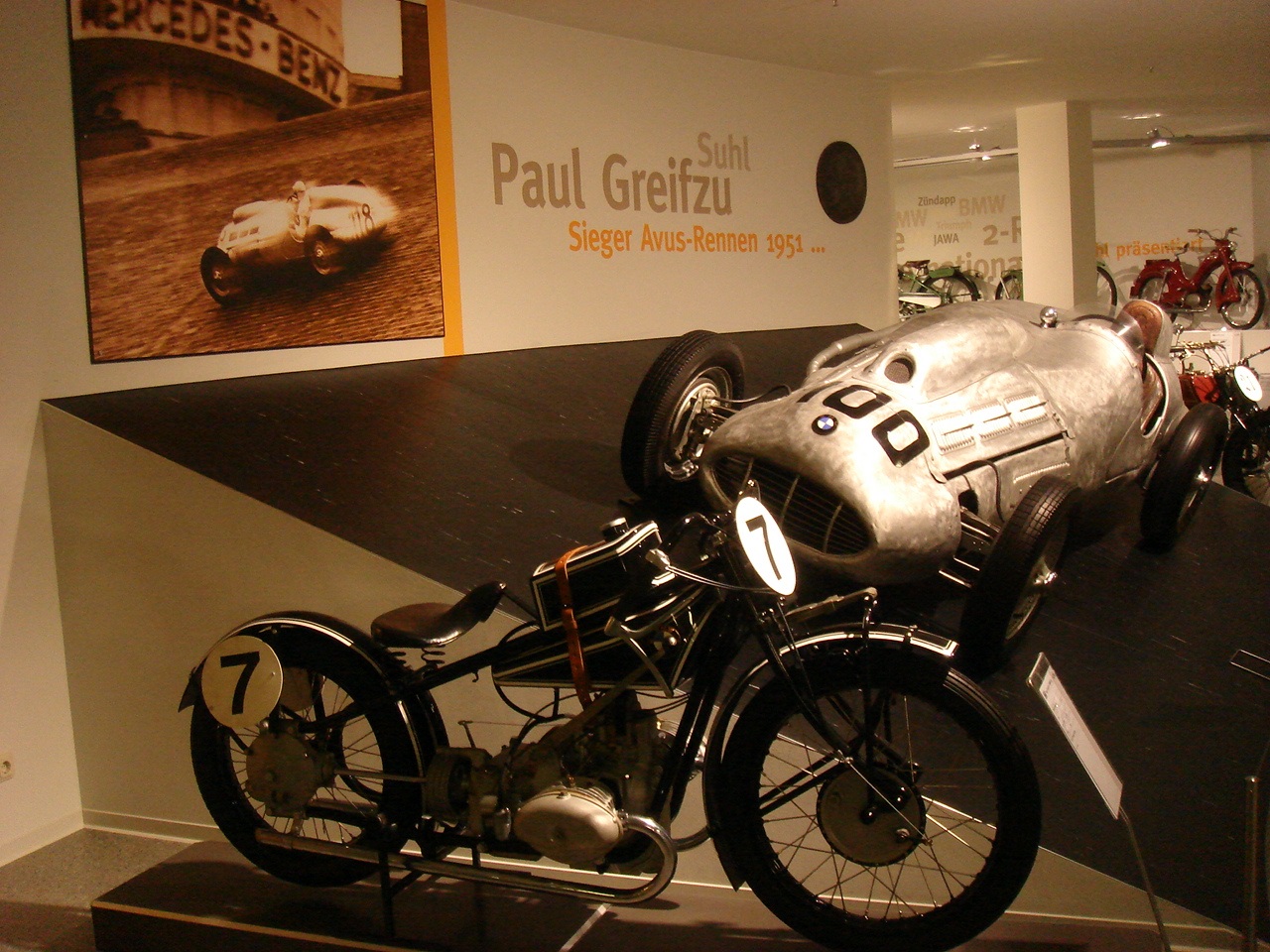 BMW already had a lot of experience in building aero-engines and from 1921 they started to build a boxer engine which they sold to different brands. Because sales were not good and BMW had the idea that they could make a better motorcycle than those of their customers, they started in 1923 with the construction of their own motorcycle. This was the 500cc SV model R32. Two years later they added an OHV version, the R37, which won many prizes. In 1926, this motorcycle was somewhat obsolete according to BMW and they brought out the R42. a 500cc side valve but now with real brakes and no longer the polymer brakes of the previous model. The next year in 1927 they brought out a OHV version, the R47. This was a real sports bike that could be easily used for racing without many modifications. Because of the high price only 1700 units were sold.
Paul Greifzu (1902 - 1952) had already started racing at an early age and in 1927 he switched to BMW. First this R47 with which he won many races and later with a homebuilt BMW car with which he also won many victories. In 1952 he died in a crash during a test drive. There is a memorial stone on the A9 in Dessau.
This motorcycle comes from the museum in Suhl his birthplace.
Moto is in perfect running condition and will be raced again this summer at Bonneville Salt Flats during Speed Week.
1926-??? raced by Paul Greifzu
1970 - 2014 Exhibited at the Automotive Museum of Suhl (hometown of Paul Greifzu).
14-15 June 2014 circuit Francorchamps, first prize for best restoration.
July 2014 BMW Brand store : Moto on exhibition, special around racing.
9-15 August 2014: Bonneville Speed Week.
15 August 2015 The Quail motorsport event (Carmel). Moto was asked to be exhibited. Several interviews with the press.
Aug 16, 2014: Invited to present the motorcycle at the Concours d'LeMons event (Carmel/Monterey).
Aug 16, 2014: Visit from Jay Lenno Concours d'LeMons (Carmel/Monterey)
Aug 16, 2014: Interview with organizers and press at the Concours d'LeMons (Carmel/Monterey)event May 9-10, 2015 Vintage Revival Montlhery. Racing on the historic bowl track south of Paris.
2016 - April 2019 exhibited at the Talbott motorcycle museum in Carmel USA. 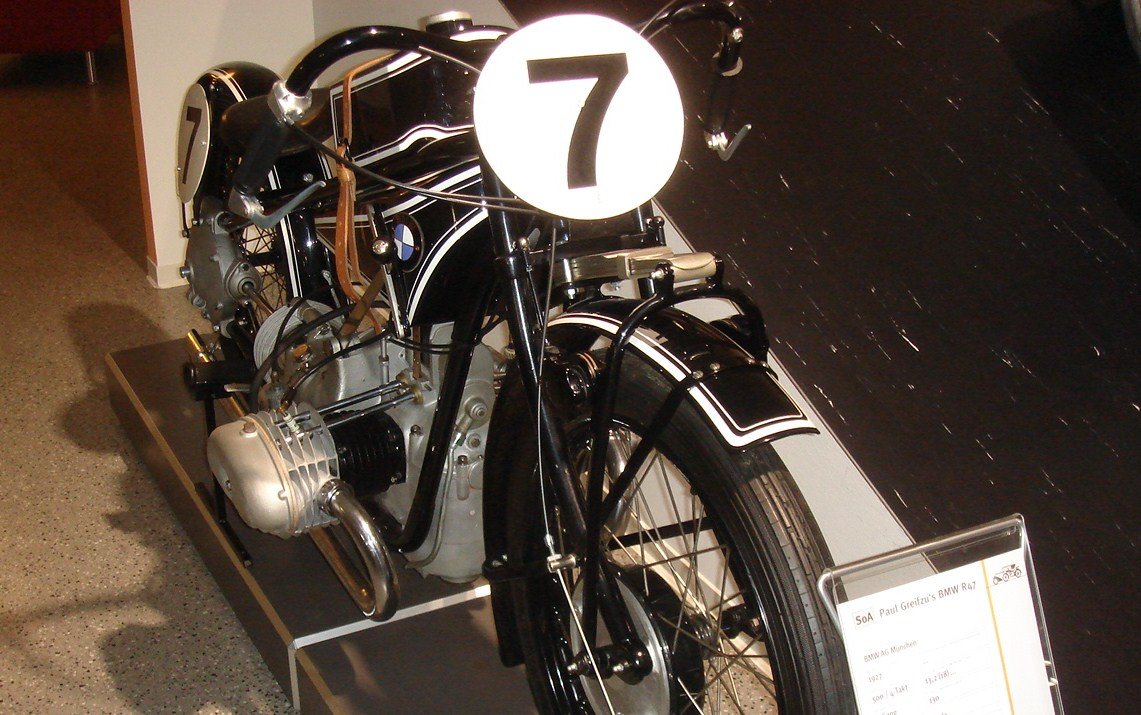 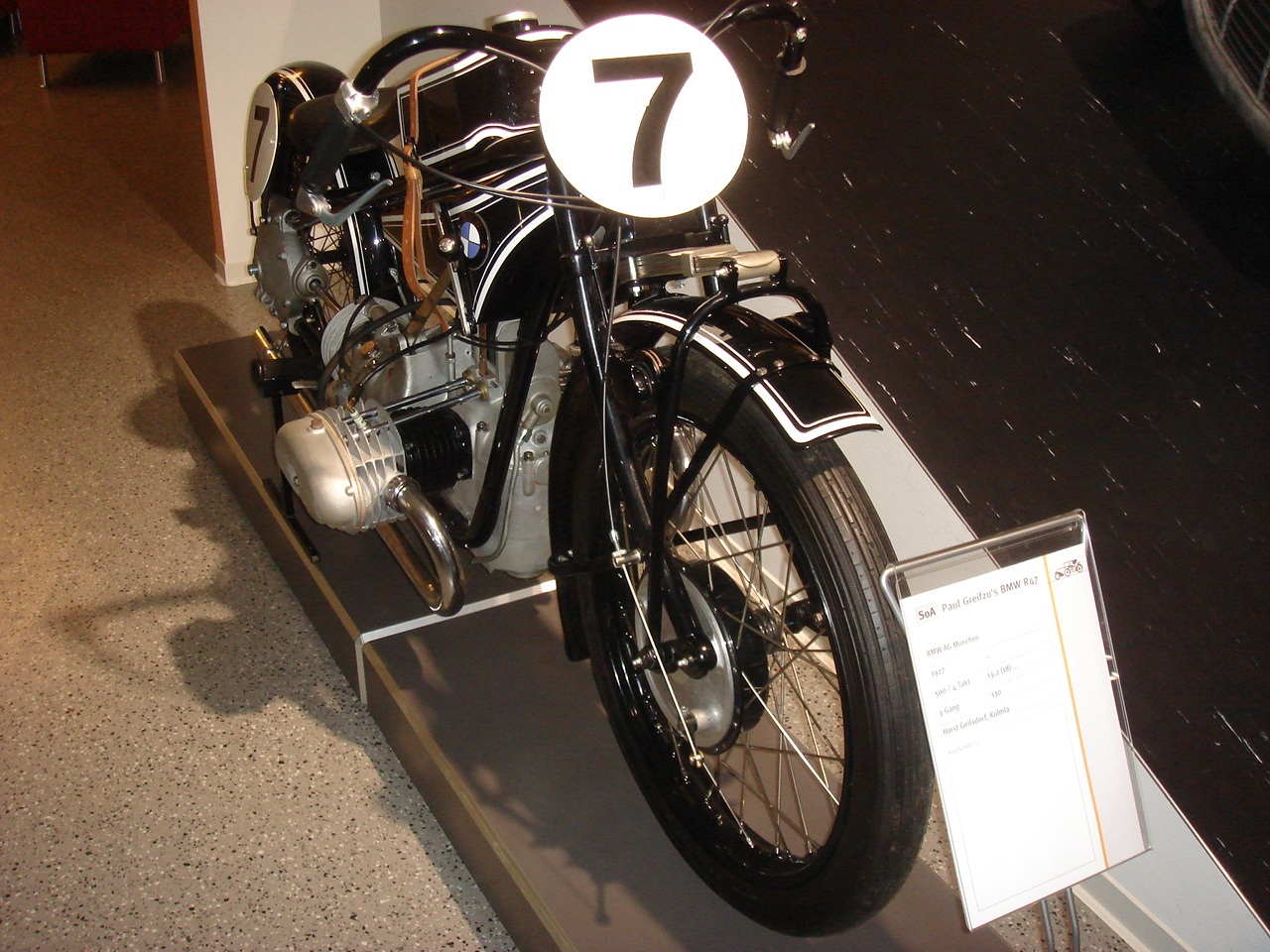 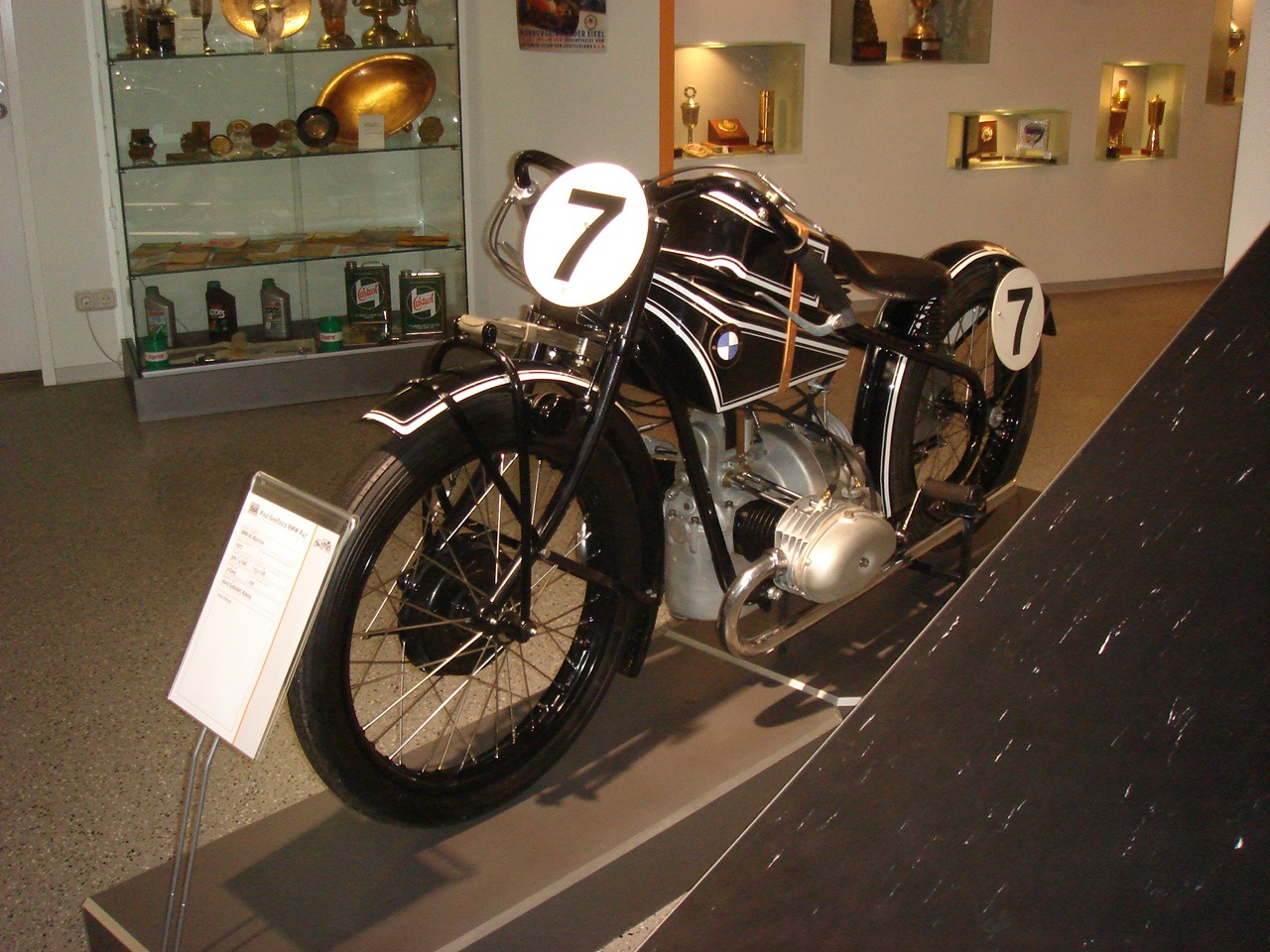 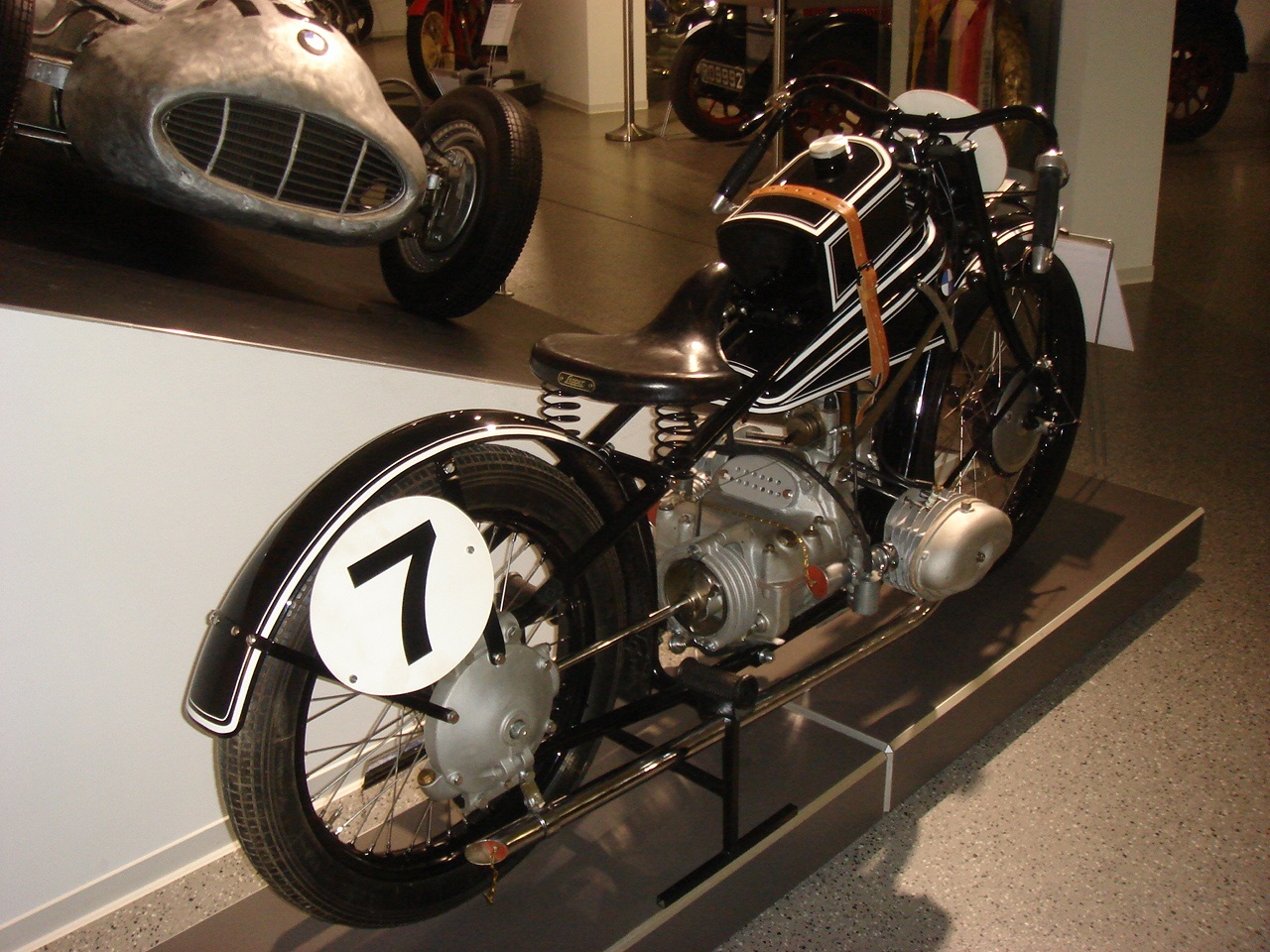 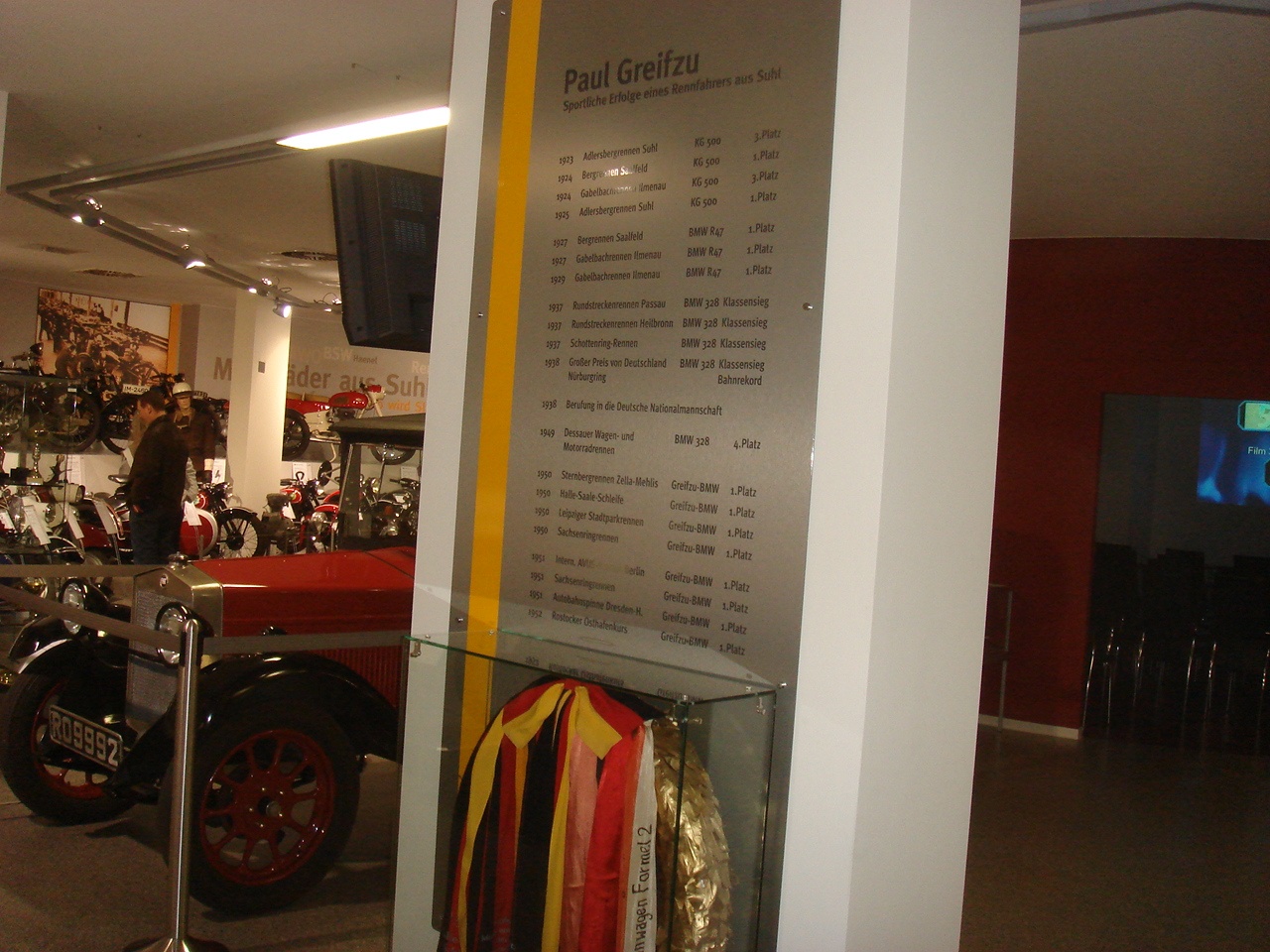 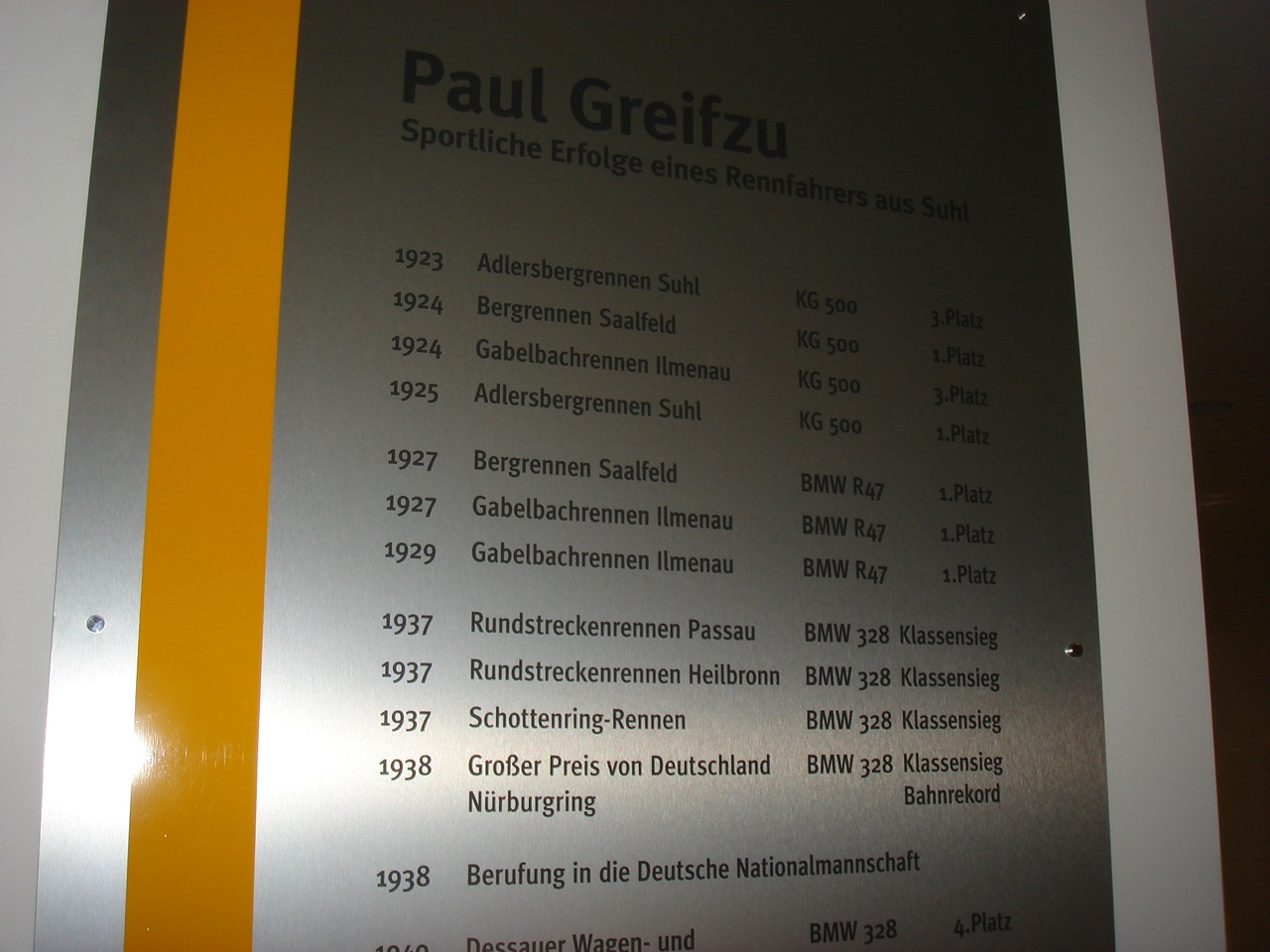 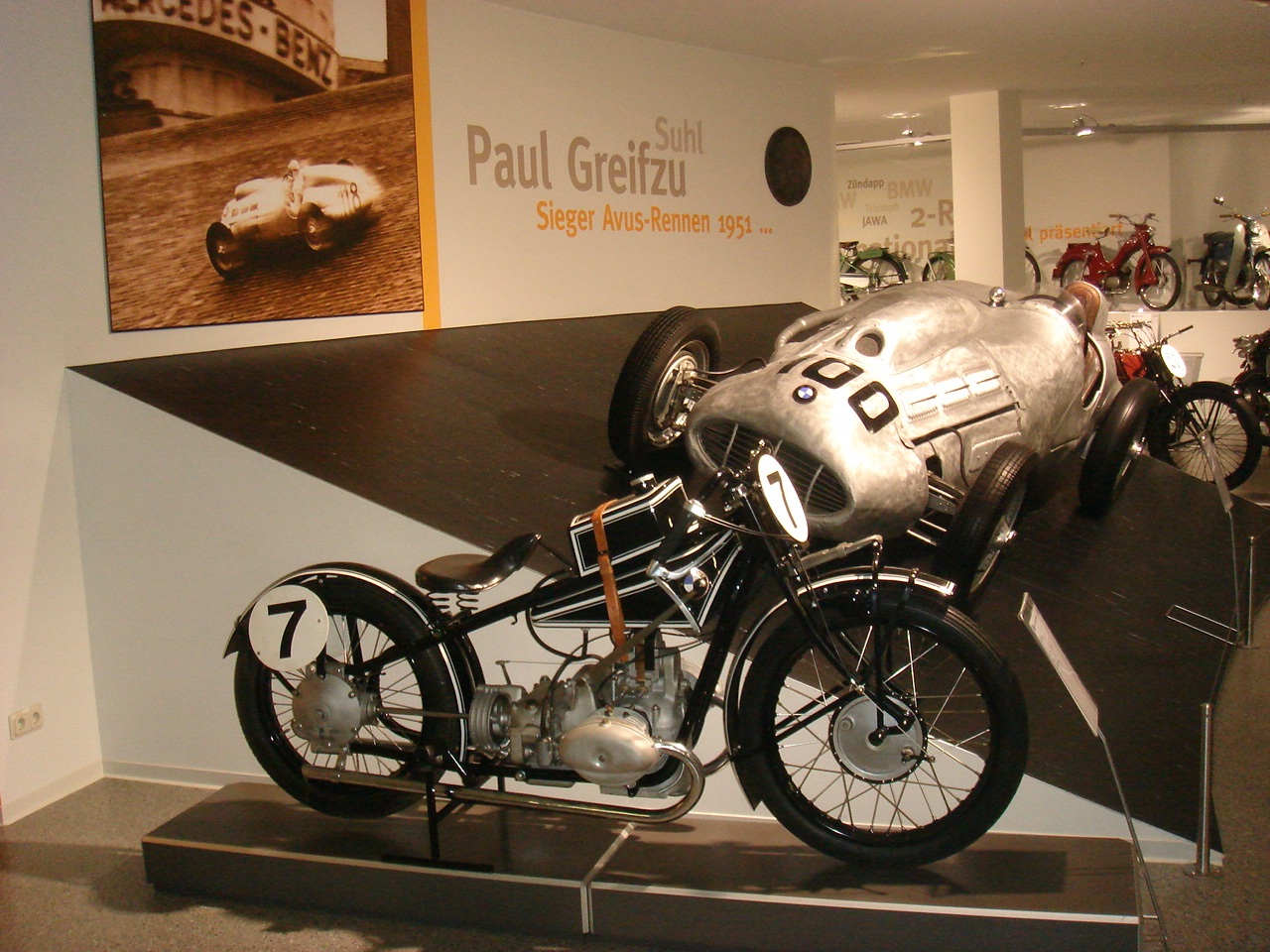 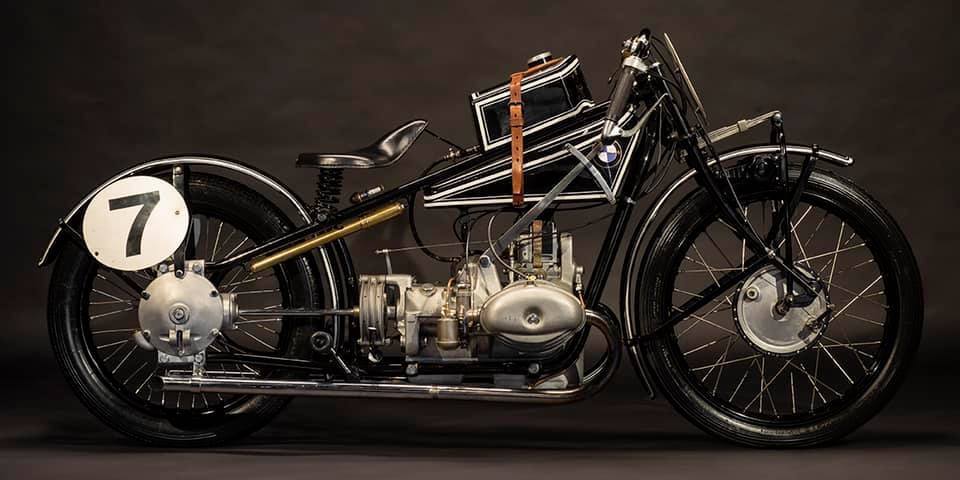 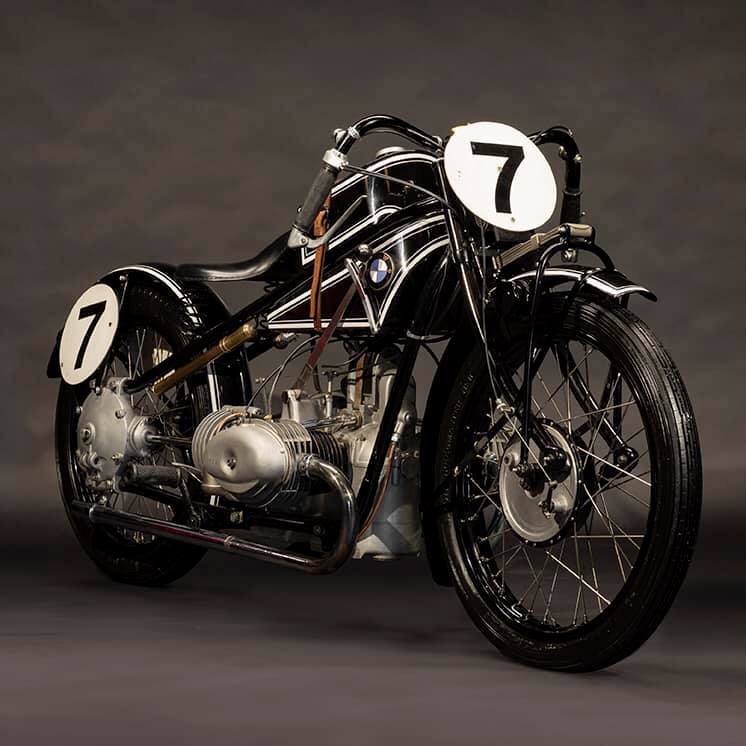 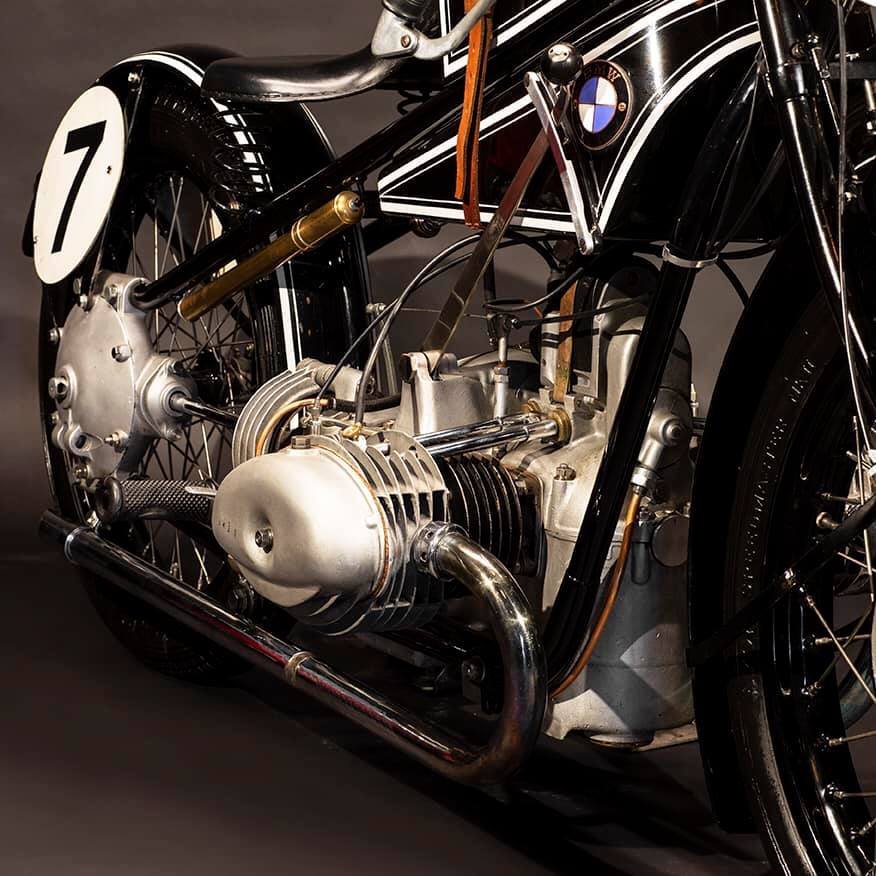 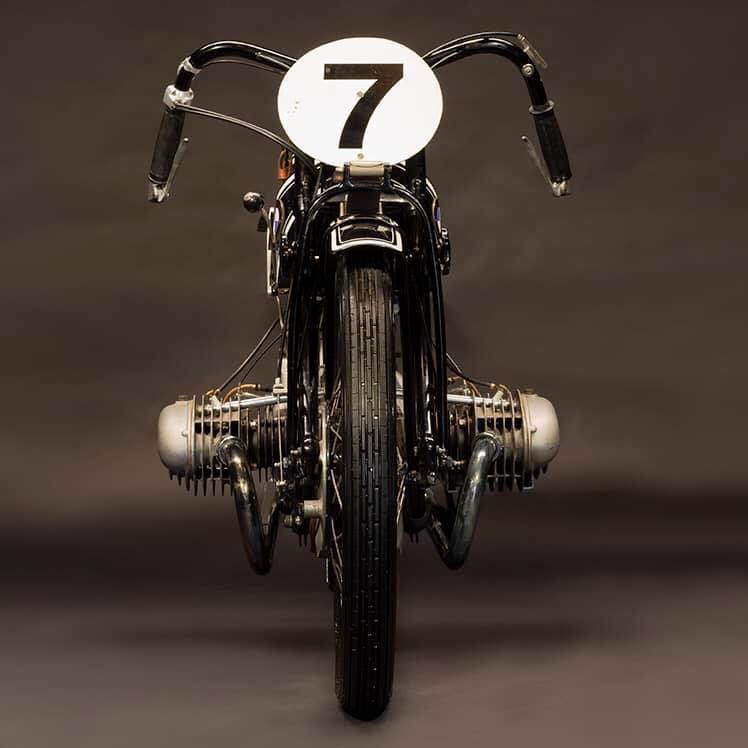 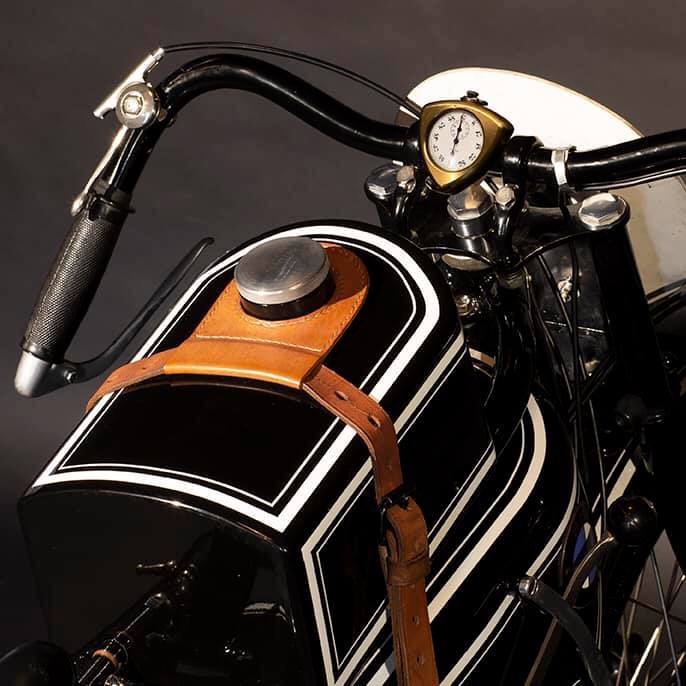