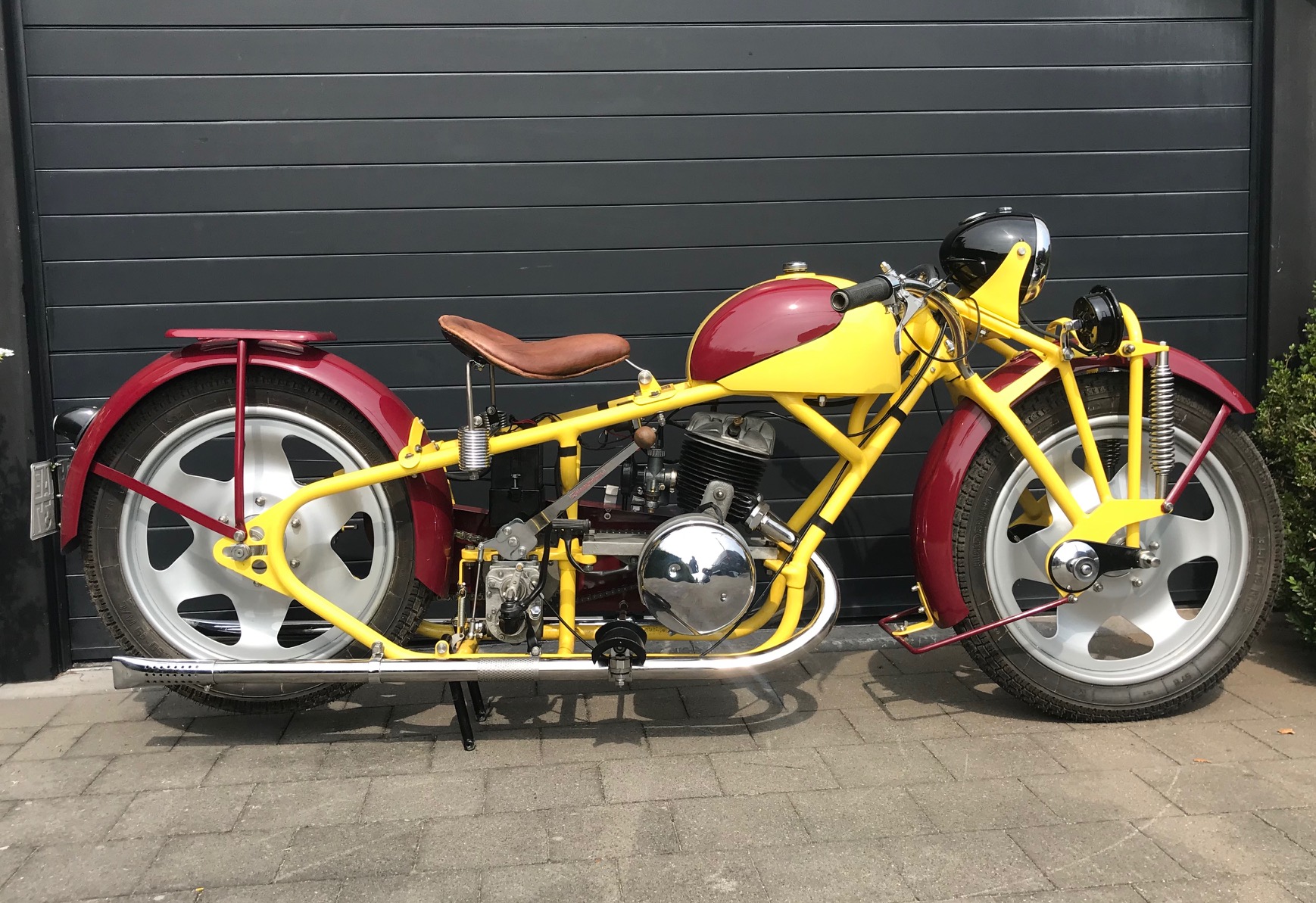 This Chekhov-Slowakija brand was produced in Krasna Lipa, Northern Bohemia from 1923 to 1939. A total of about 2000 pieces of the different models were made. Approximately, because of the first 2 years there are no records anymore. Between 1925 and 1930 about 500 were made, from 1930 to 1935 another 500 were made and from 1935 to 1939 another 716 were made. Albin Liebisch designed the frames and engines himself. First with a 600cc 1 cylinder and the last model like this a 350cc 2 stroke. The chassis was extra long so you could mount a big saddle and there was room for 3 people. He also made a model for the police with room for 5 people. The 1936 Volksmodel offered here is a fully restored motorbike. Everything is perfectly painted except the steering head of the frame. Here you can see that the frame was rusted and there are pits in it. This piece has been de-rusted and painted along, but not touched up with putty so that you can see that this is an original frame. Furthermore, this motorbike has received a full and proper restoration up to new piston and completely renewed ignition. Rare are these motorbikes offered. Now in good running condition, see video. 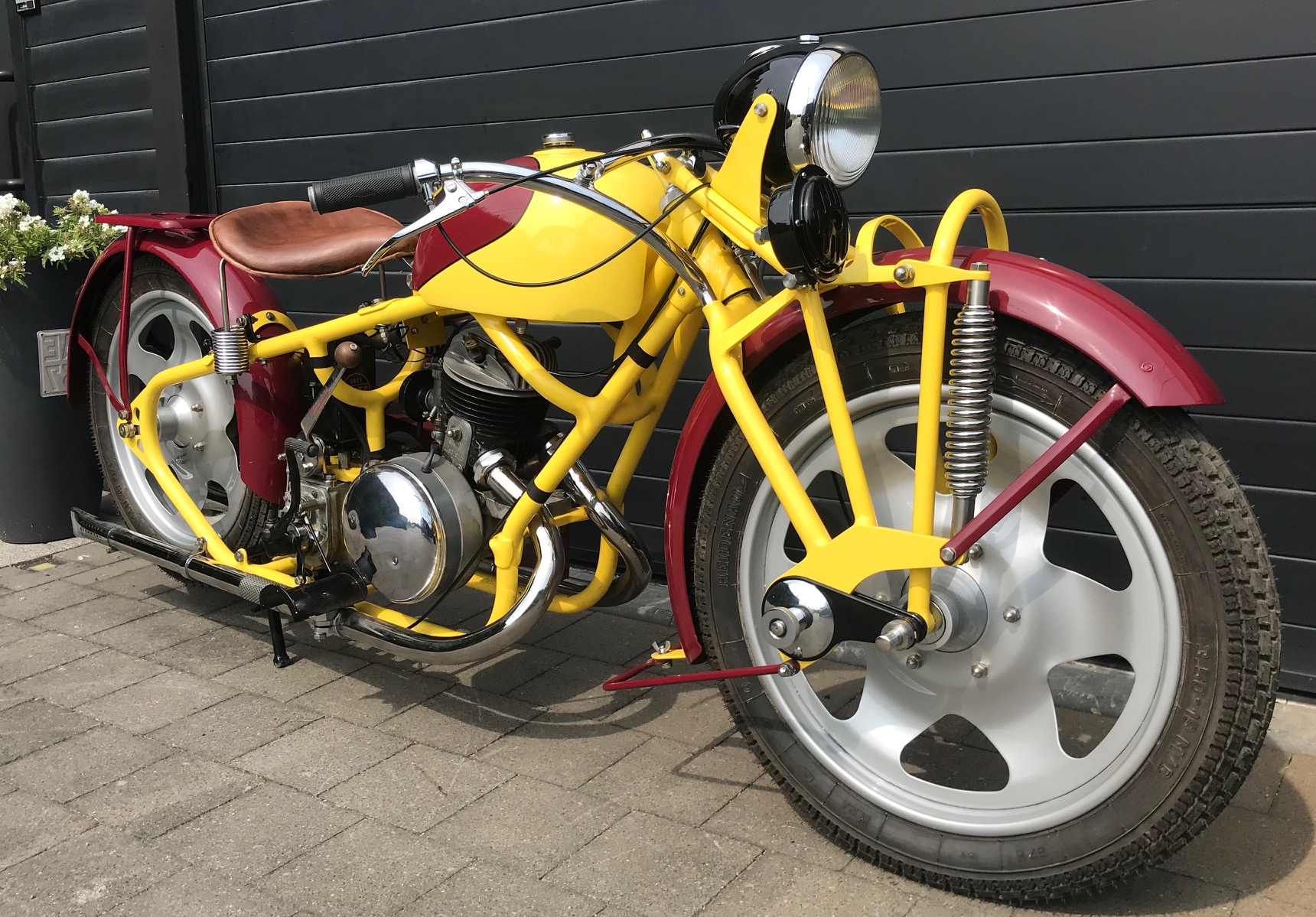 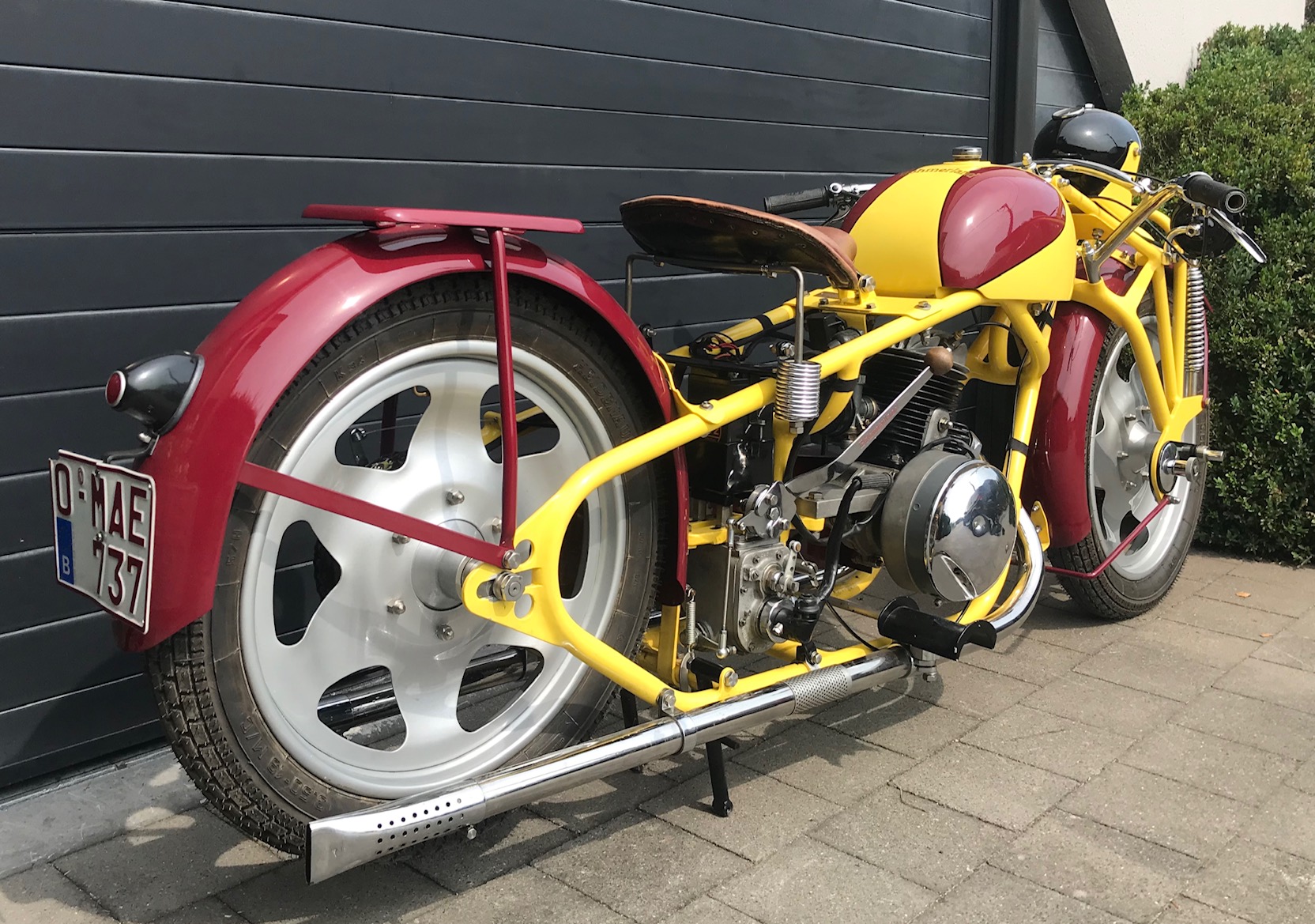 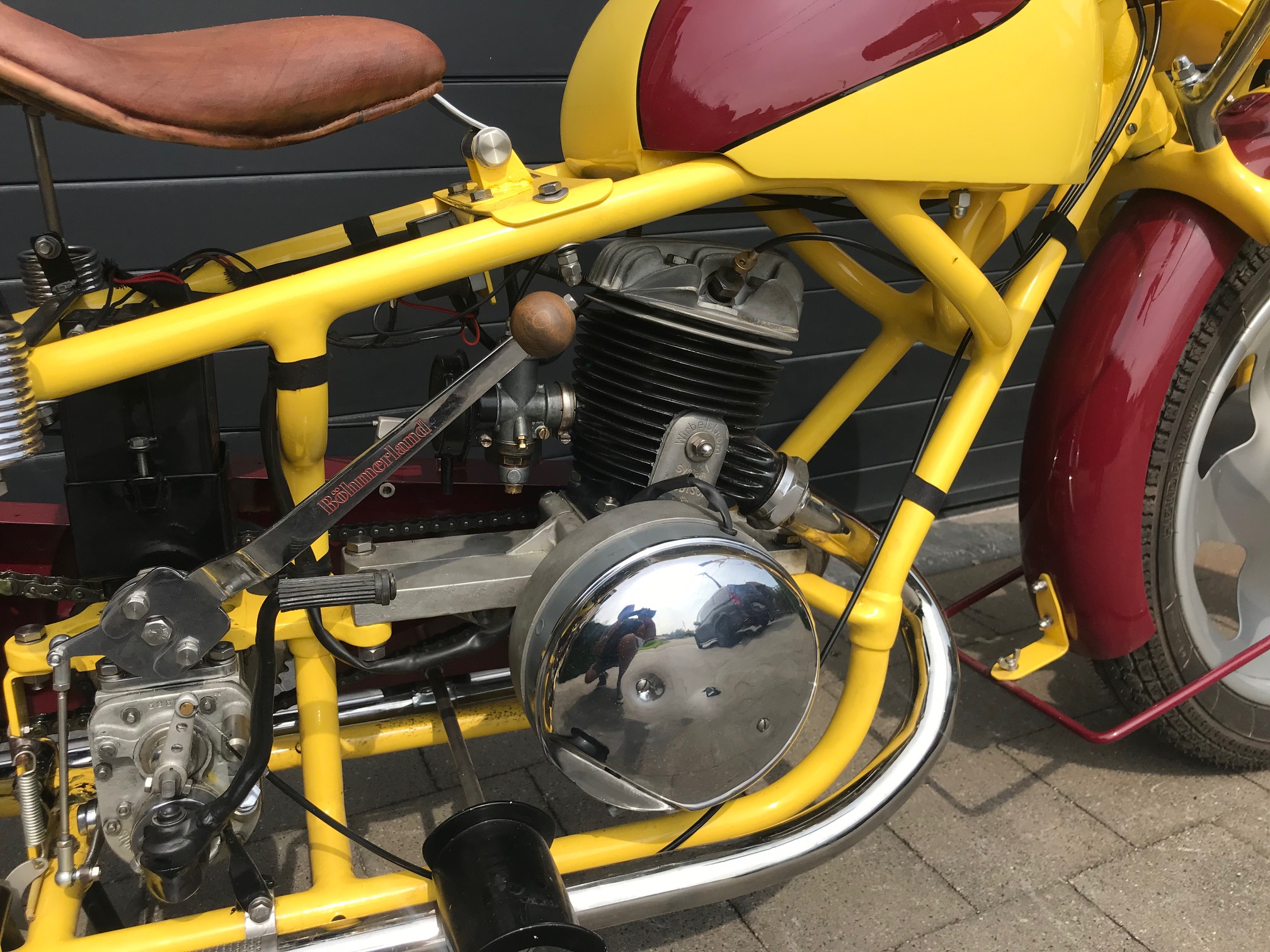 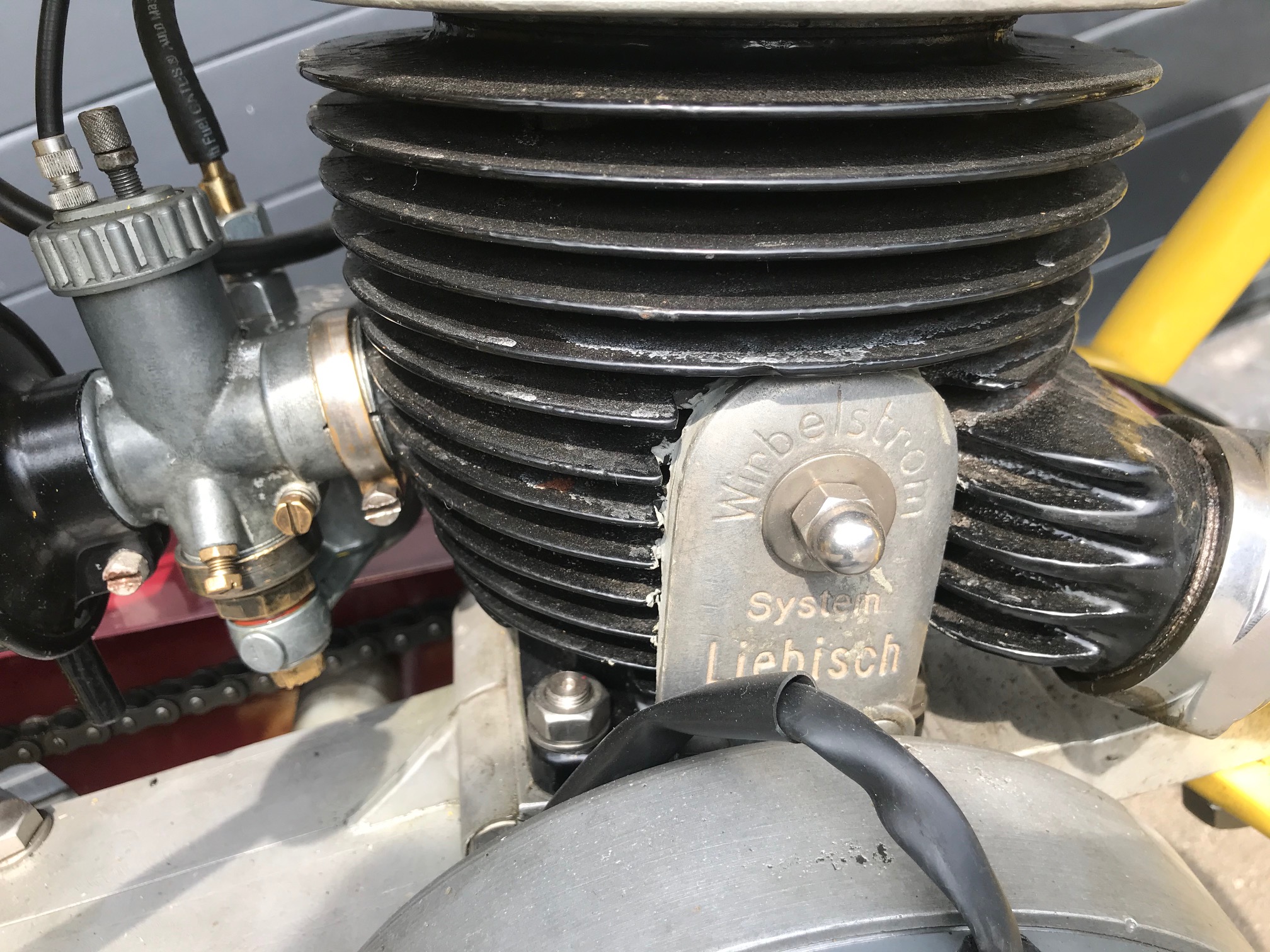 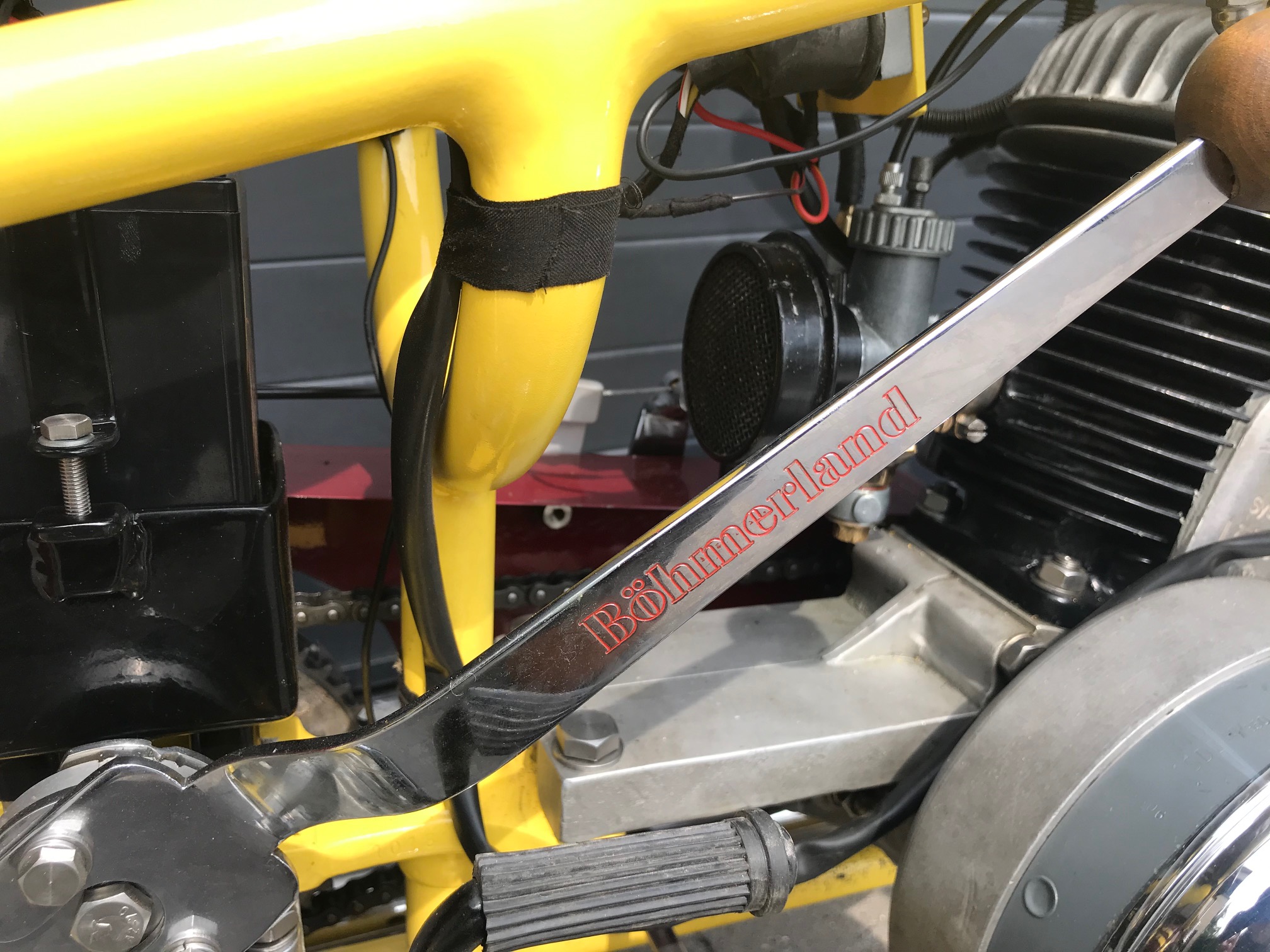 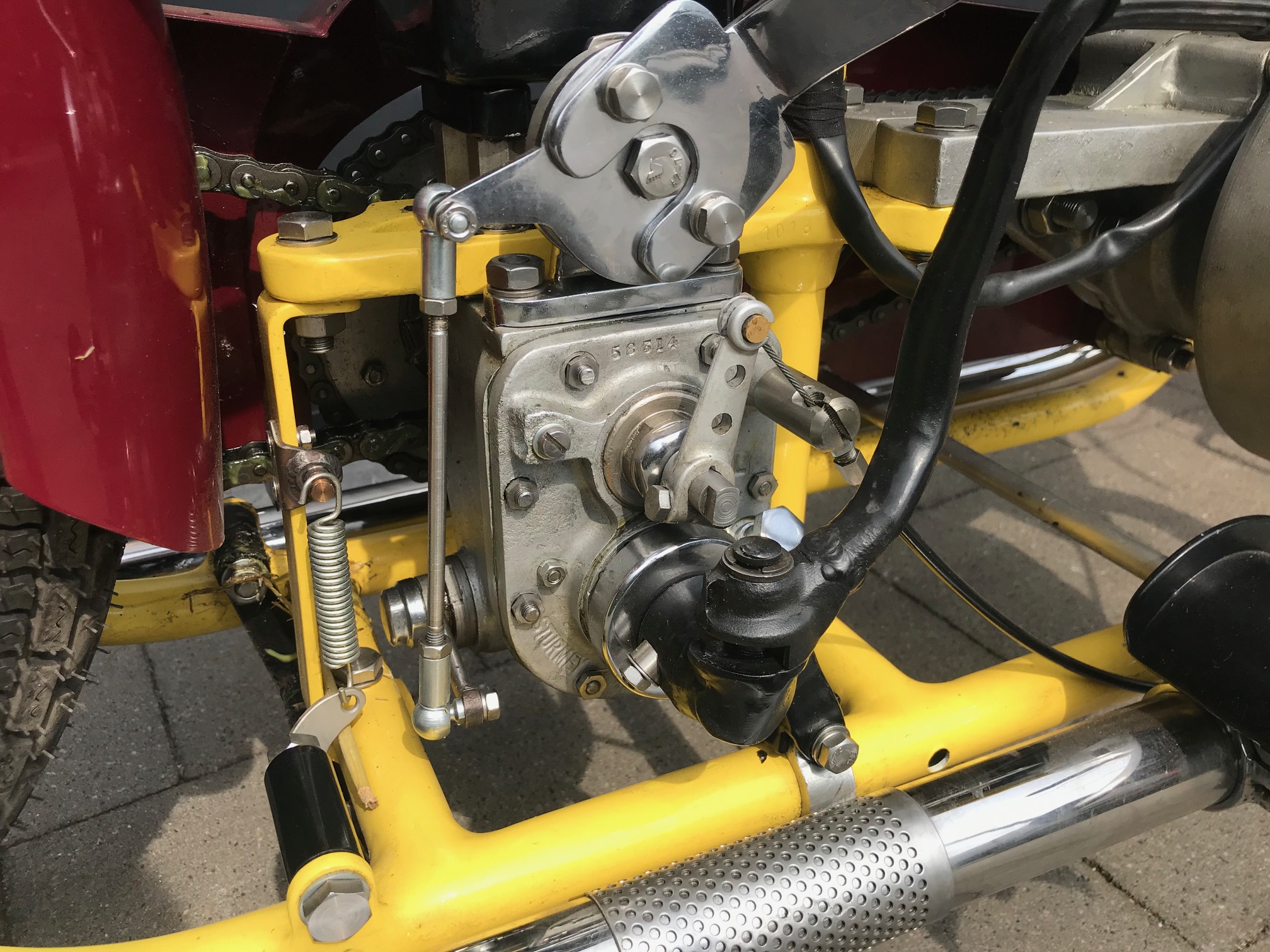 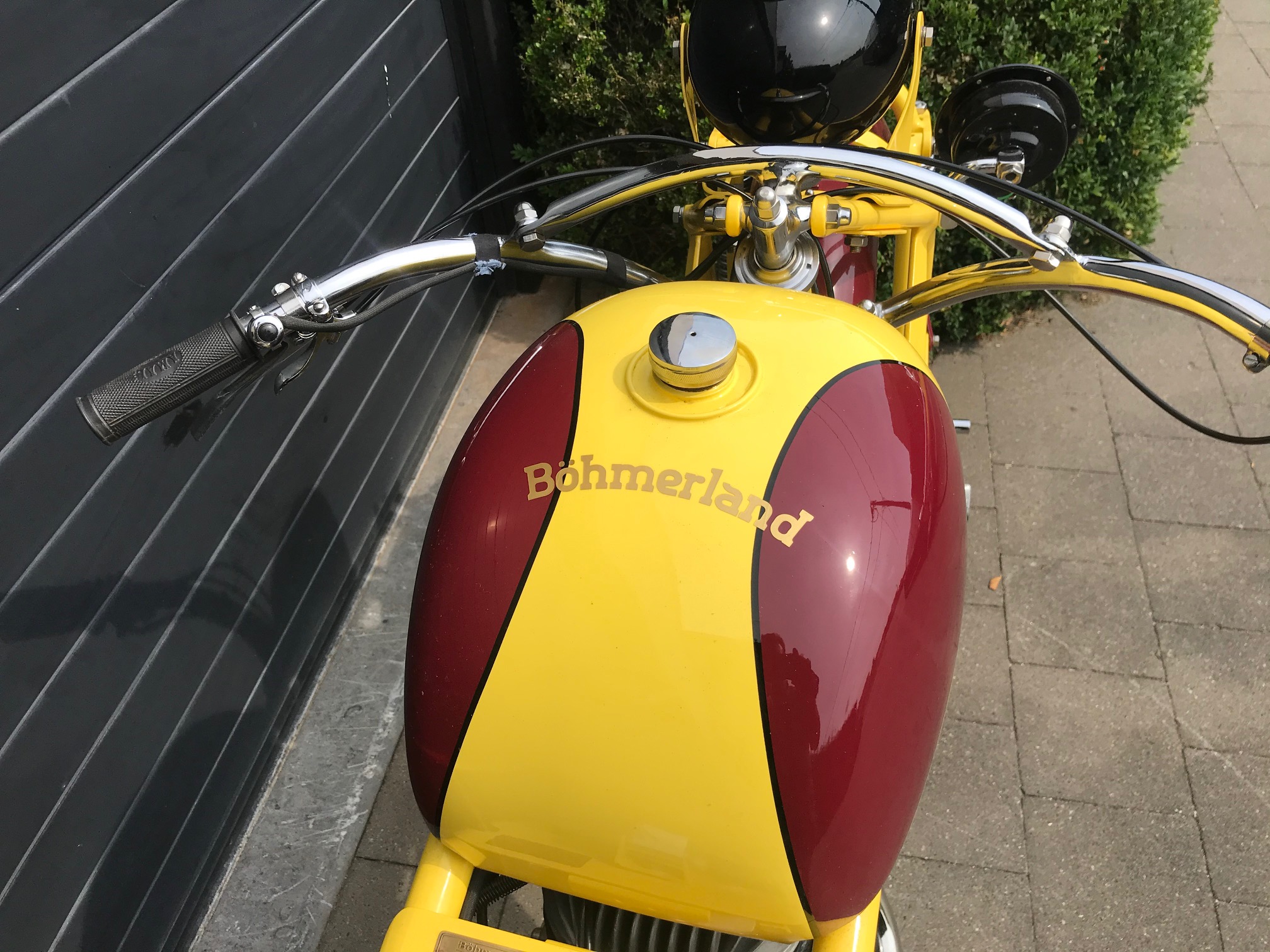 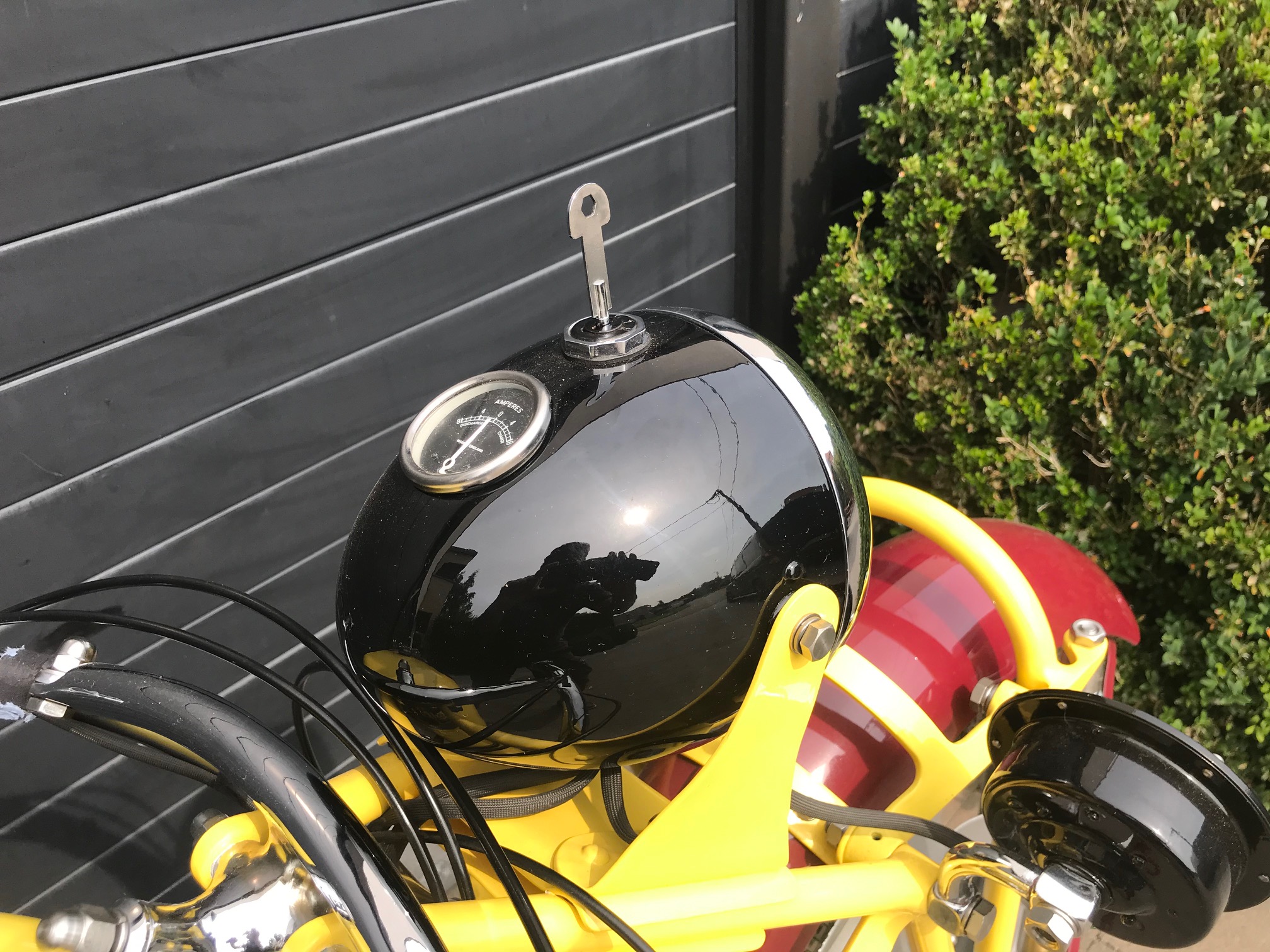 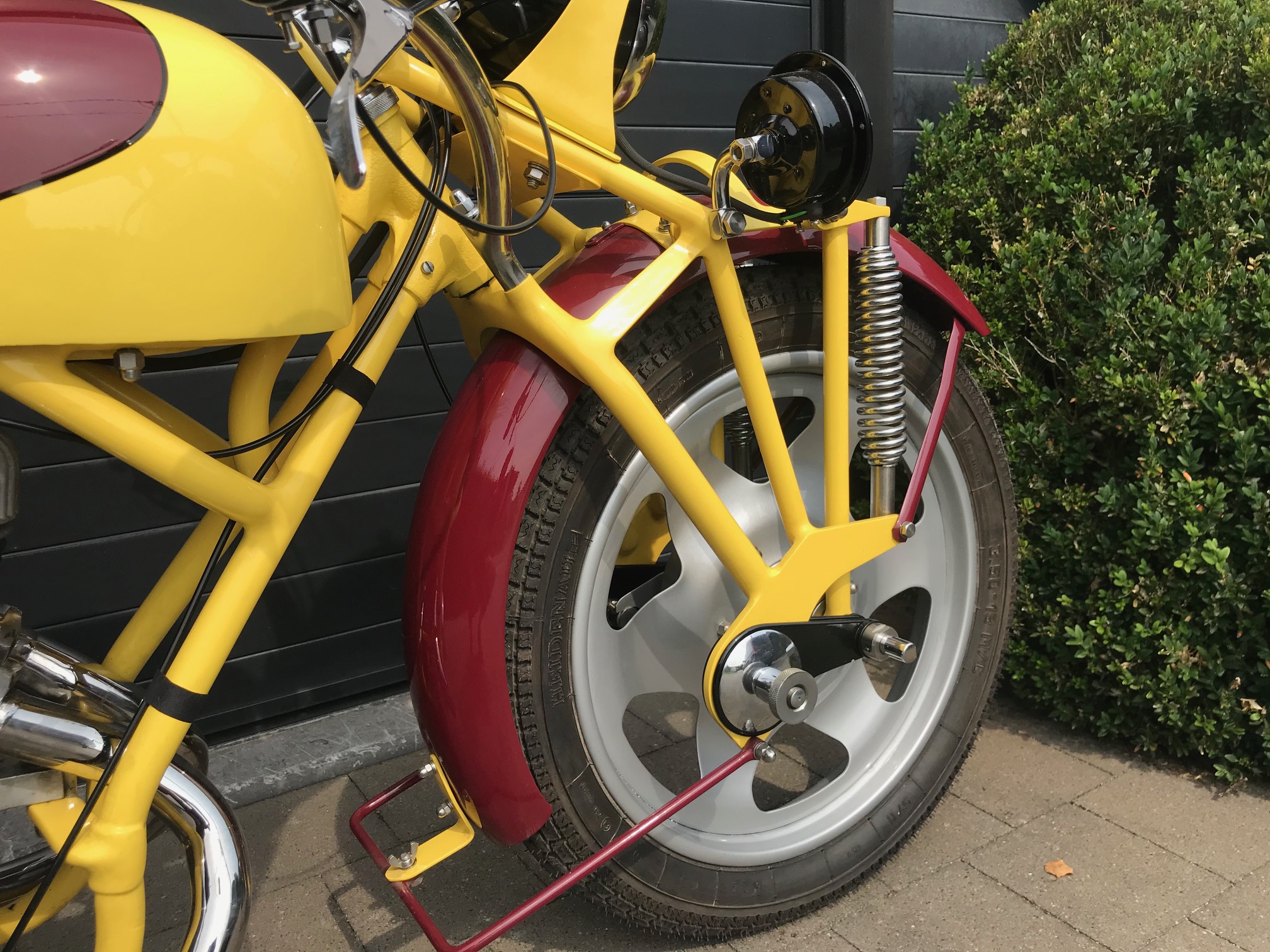 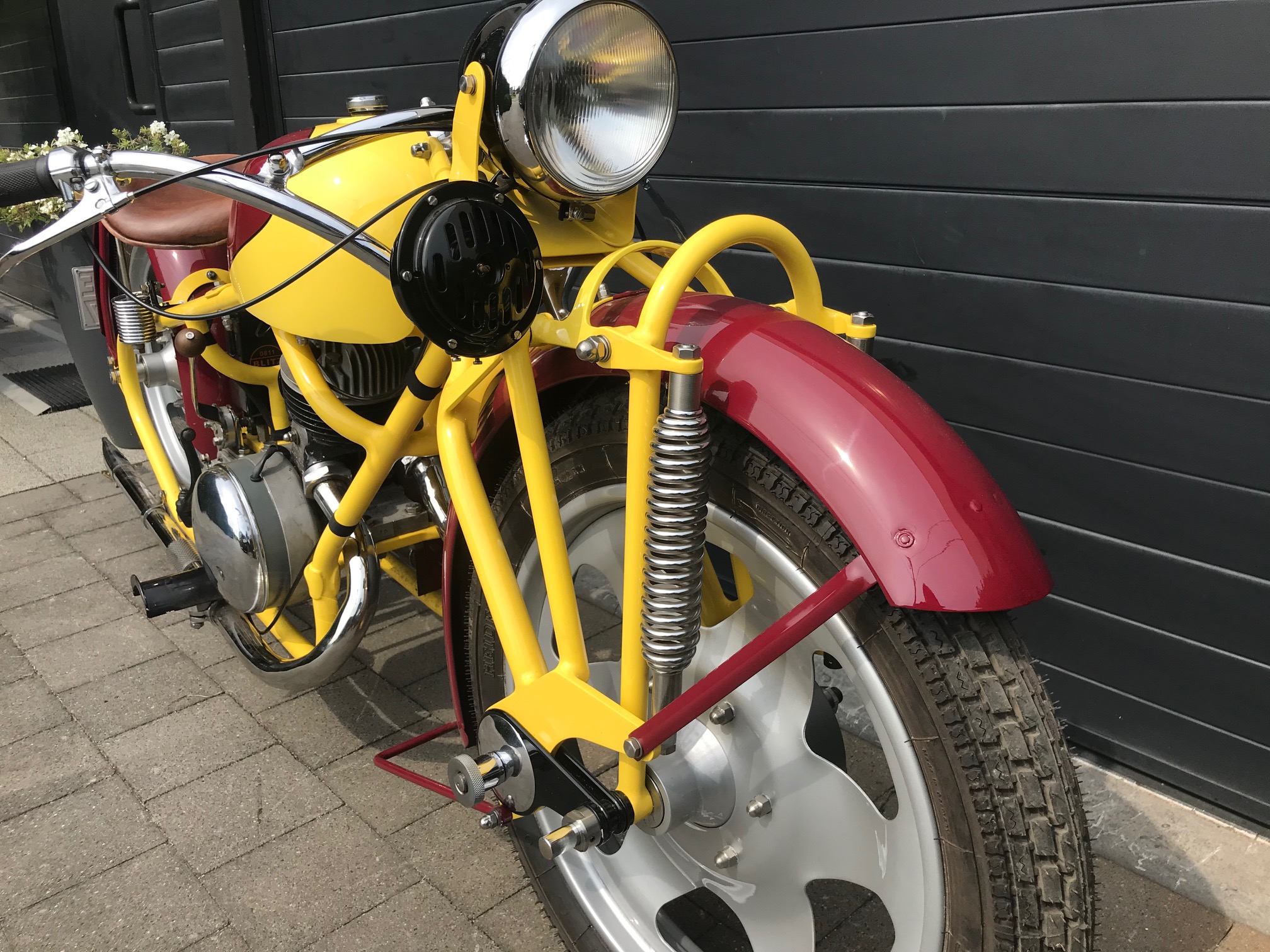 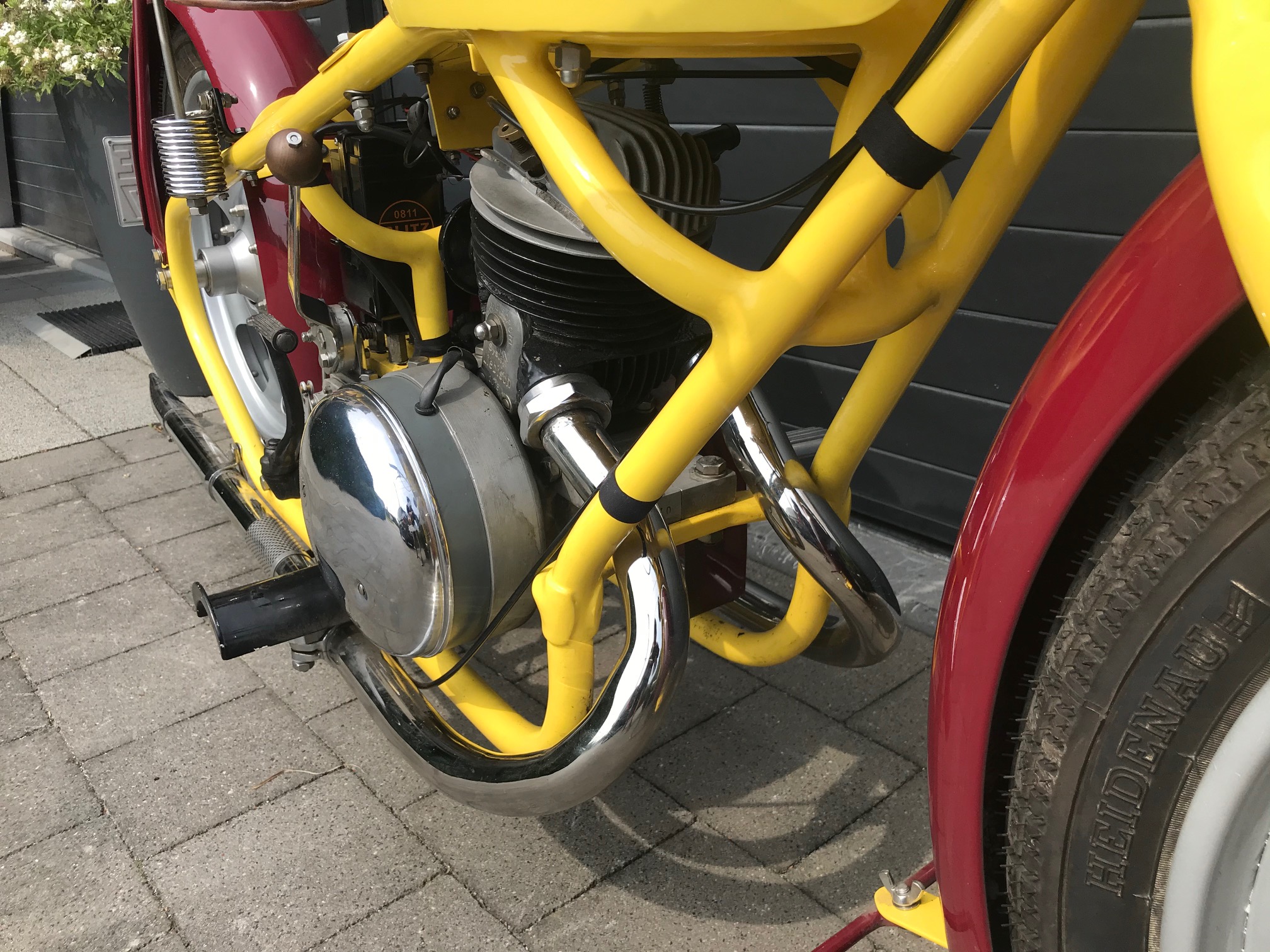 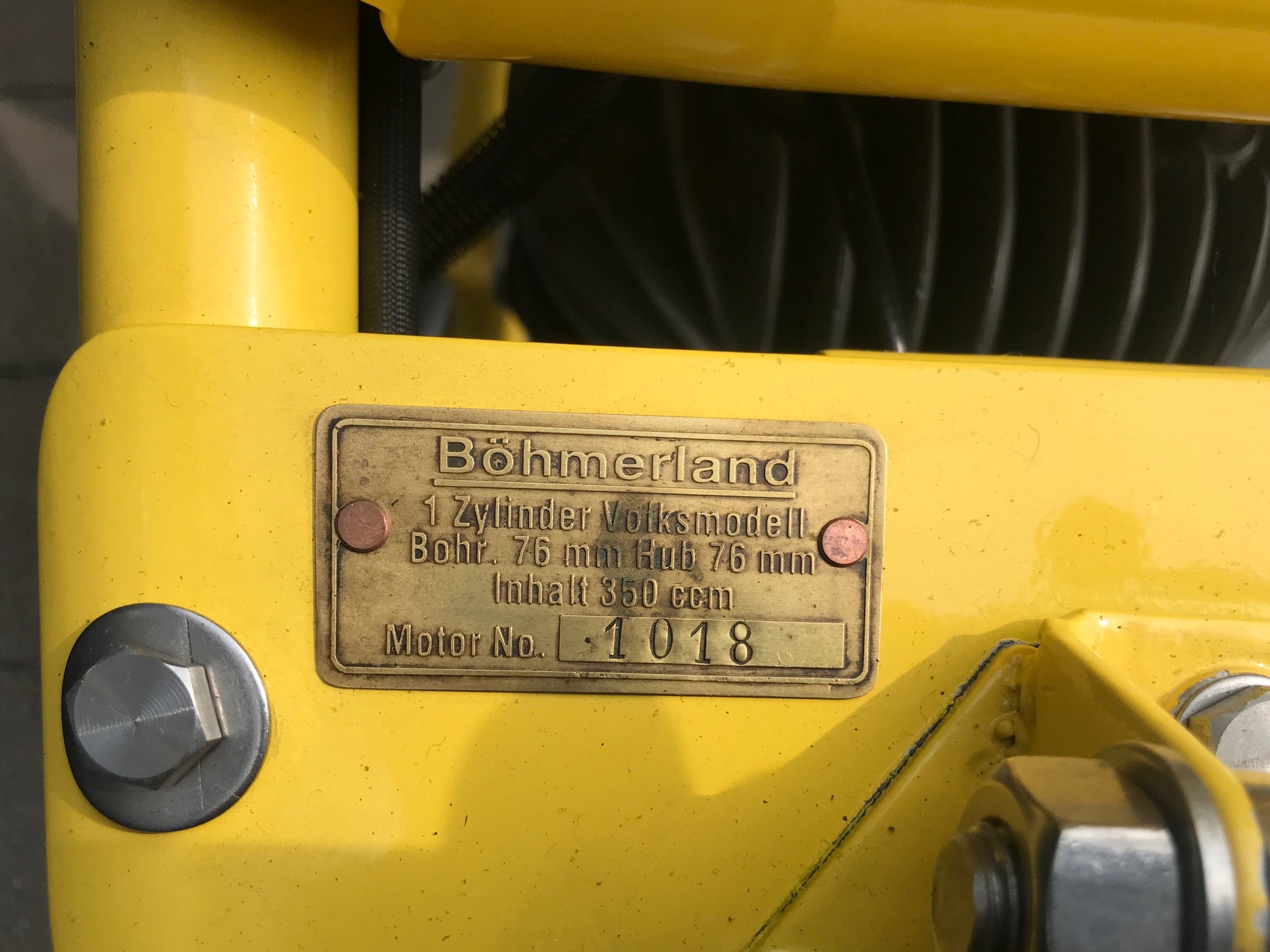 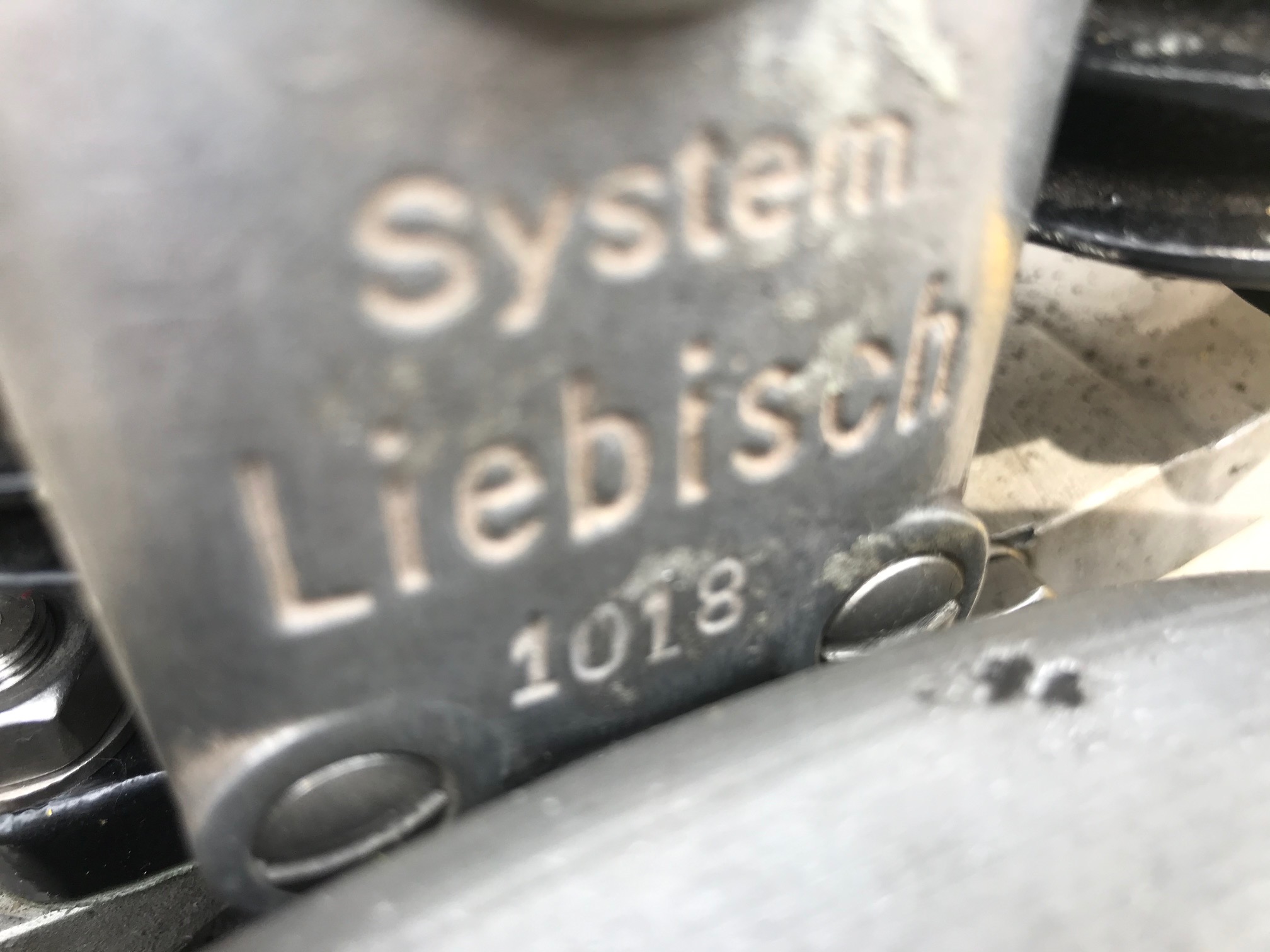 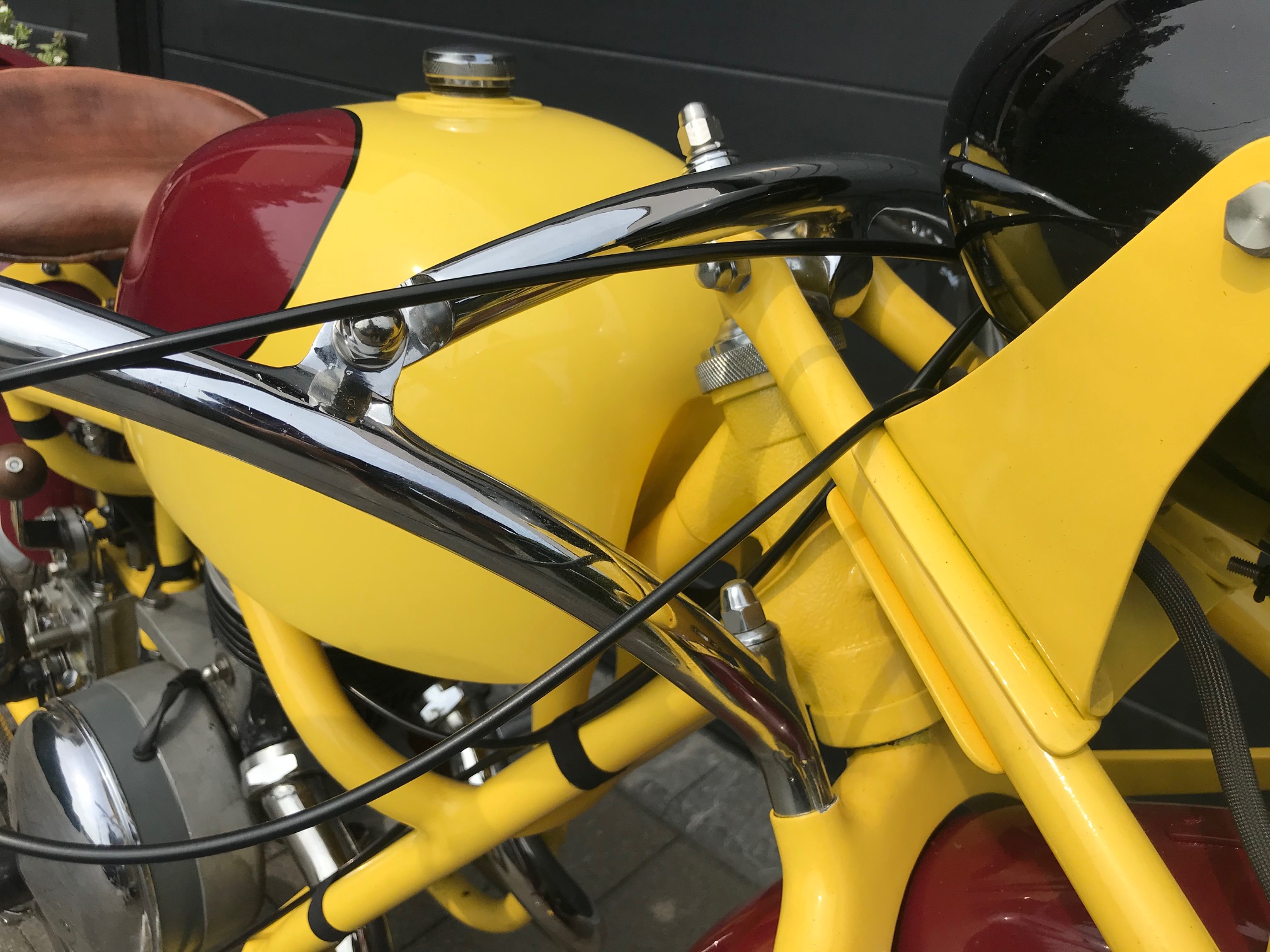 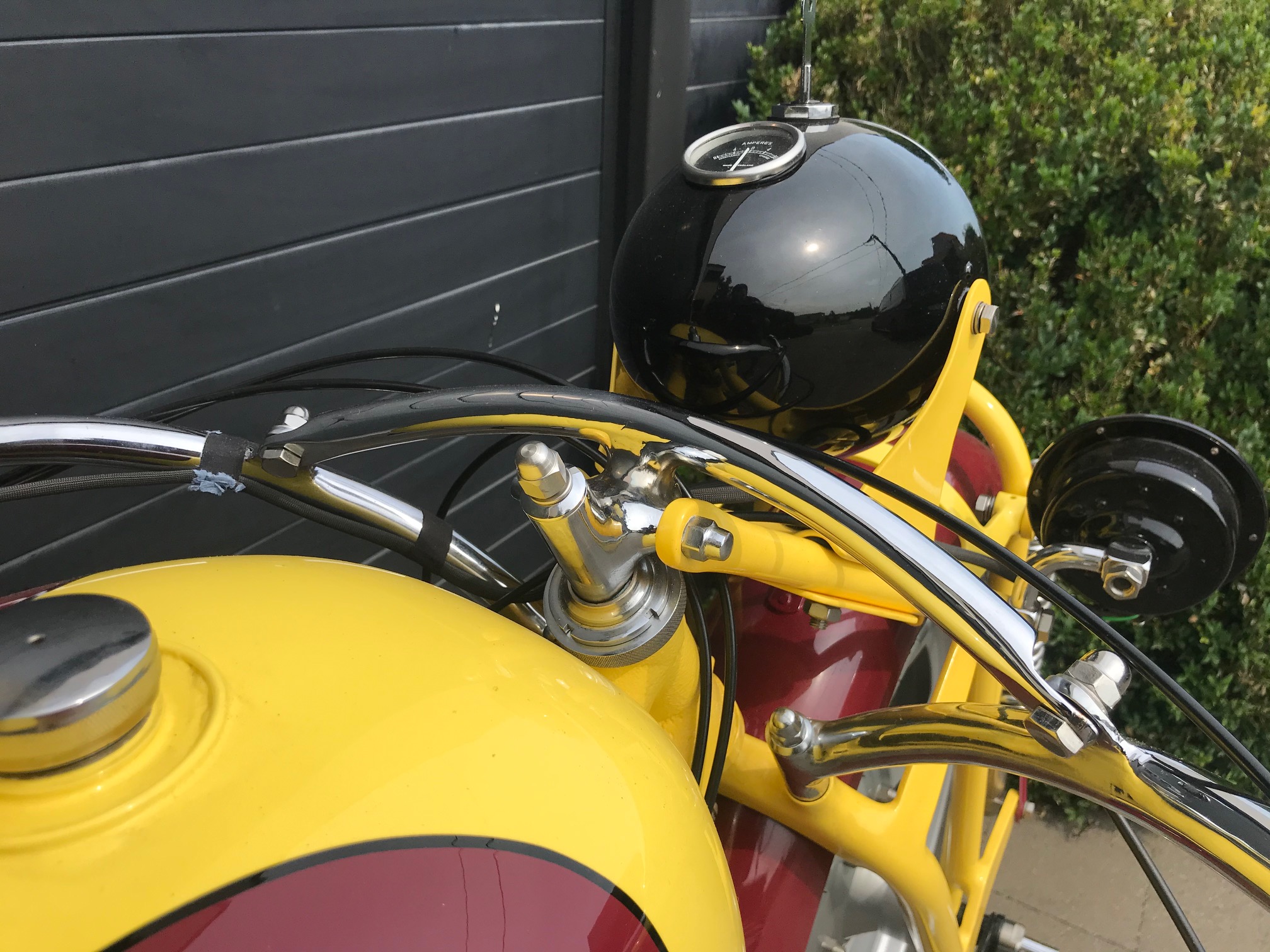 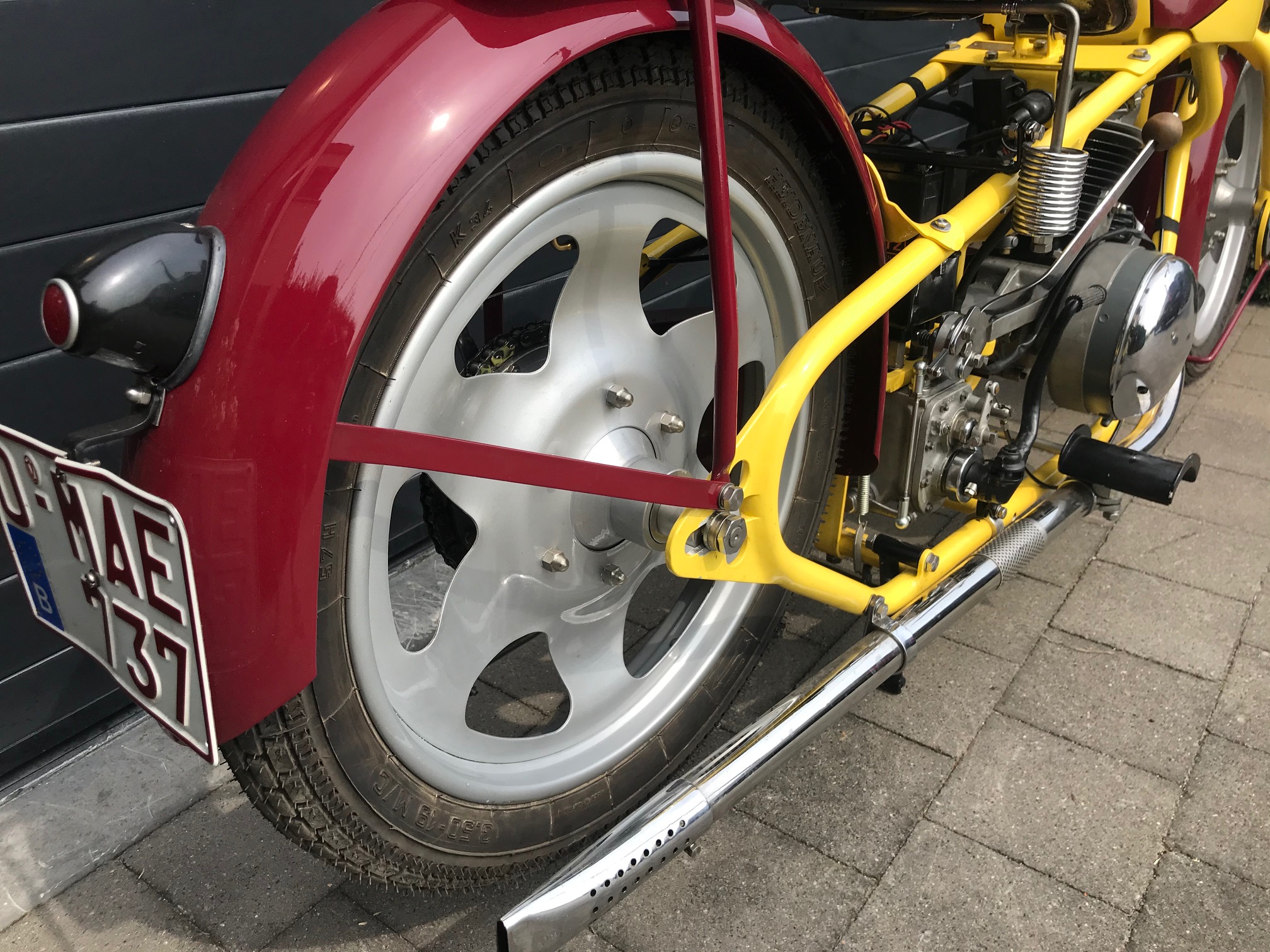 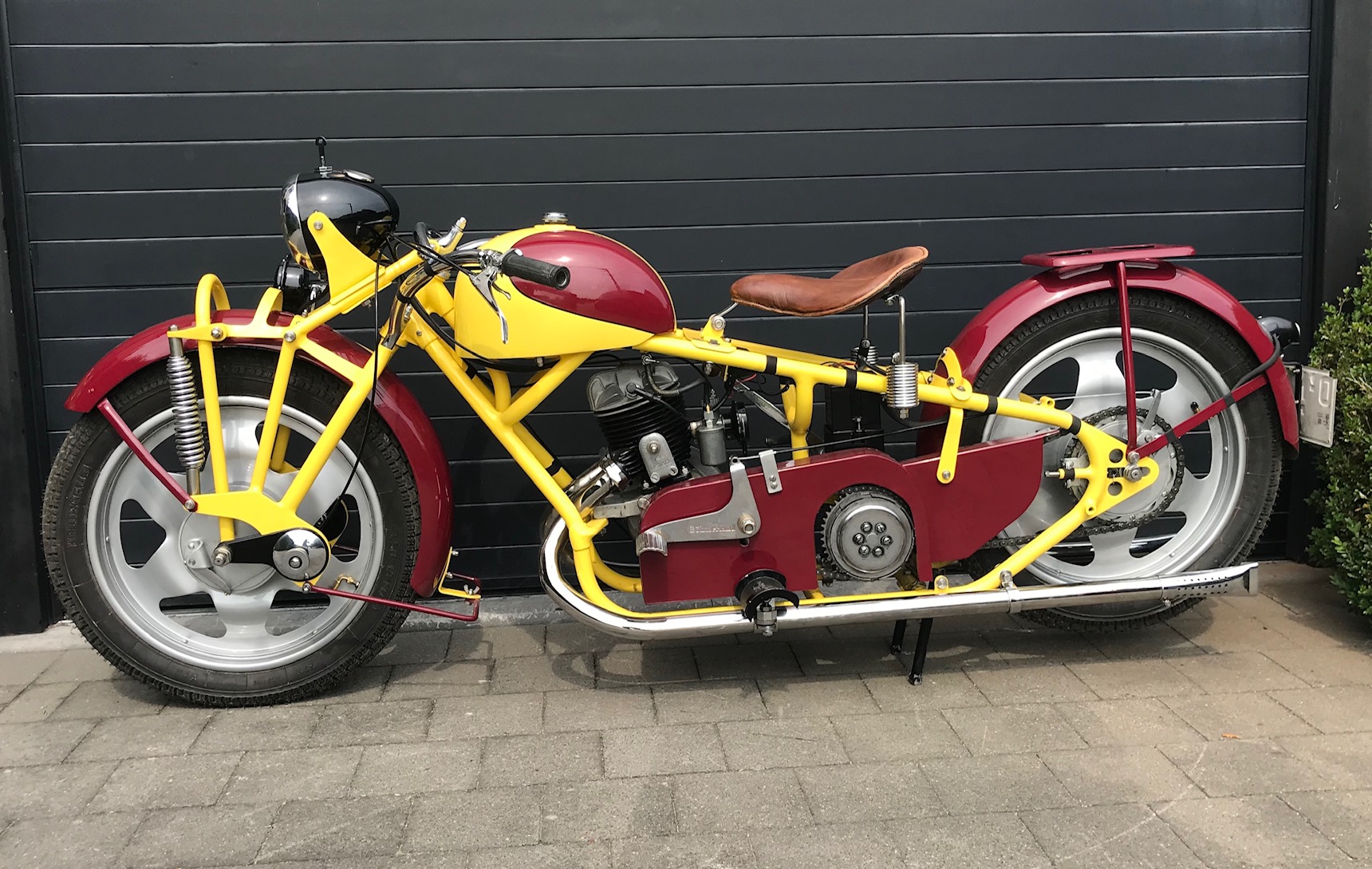 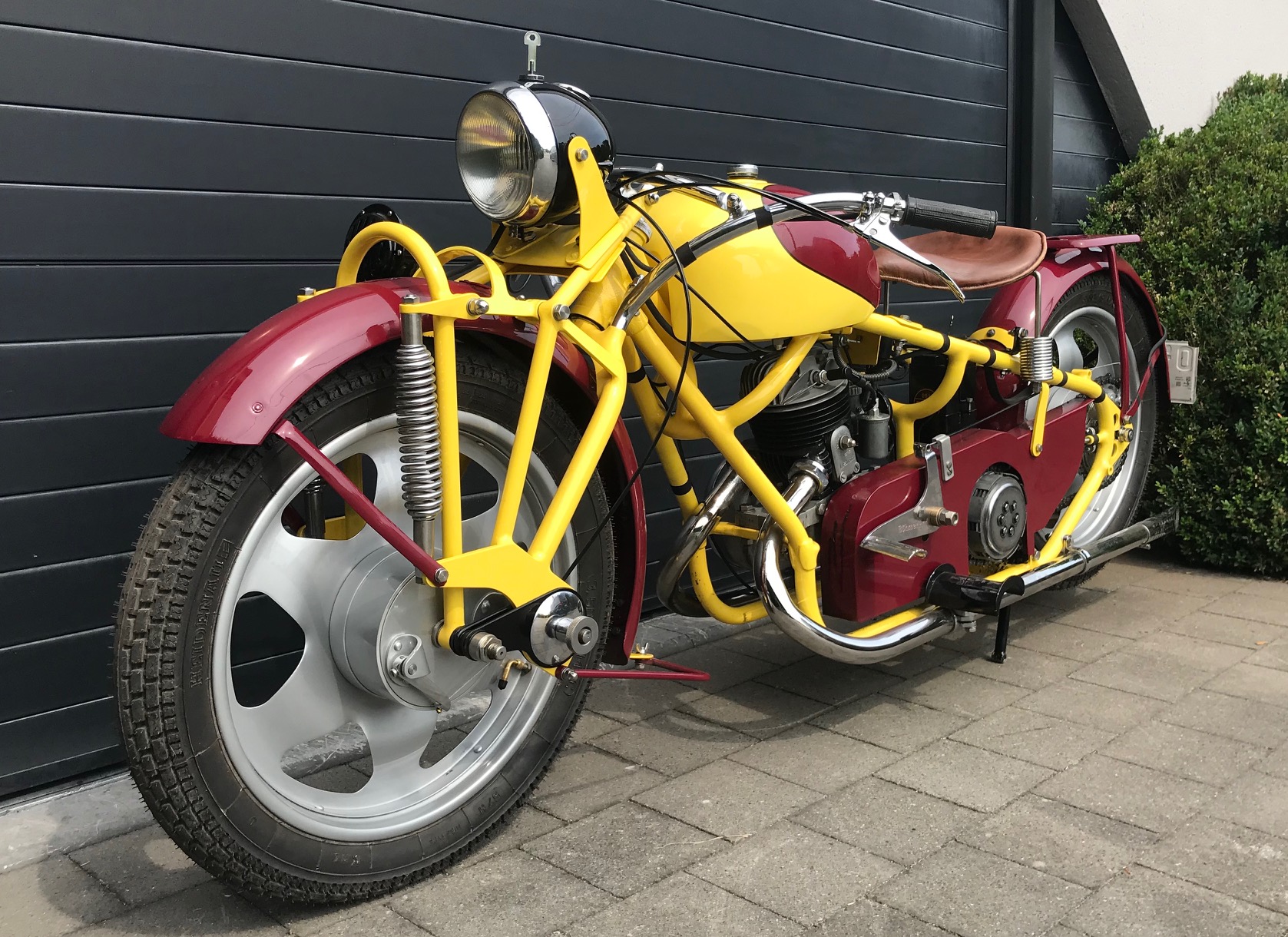 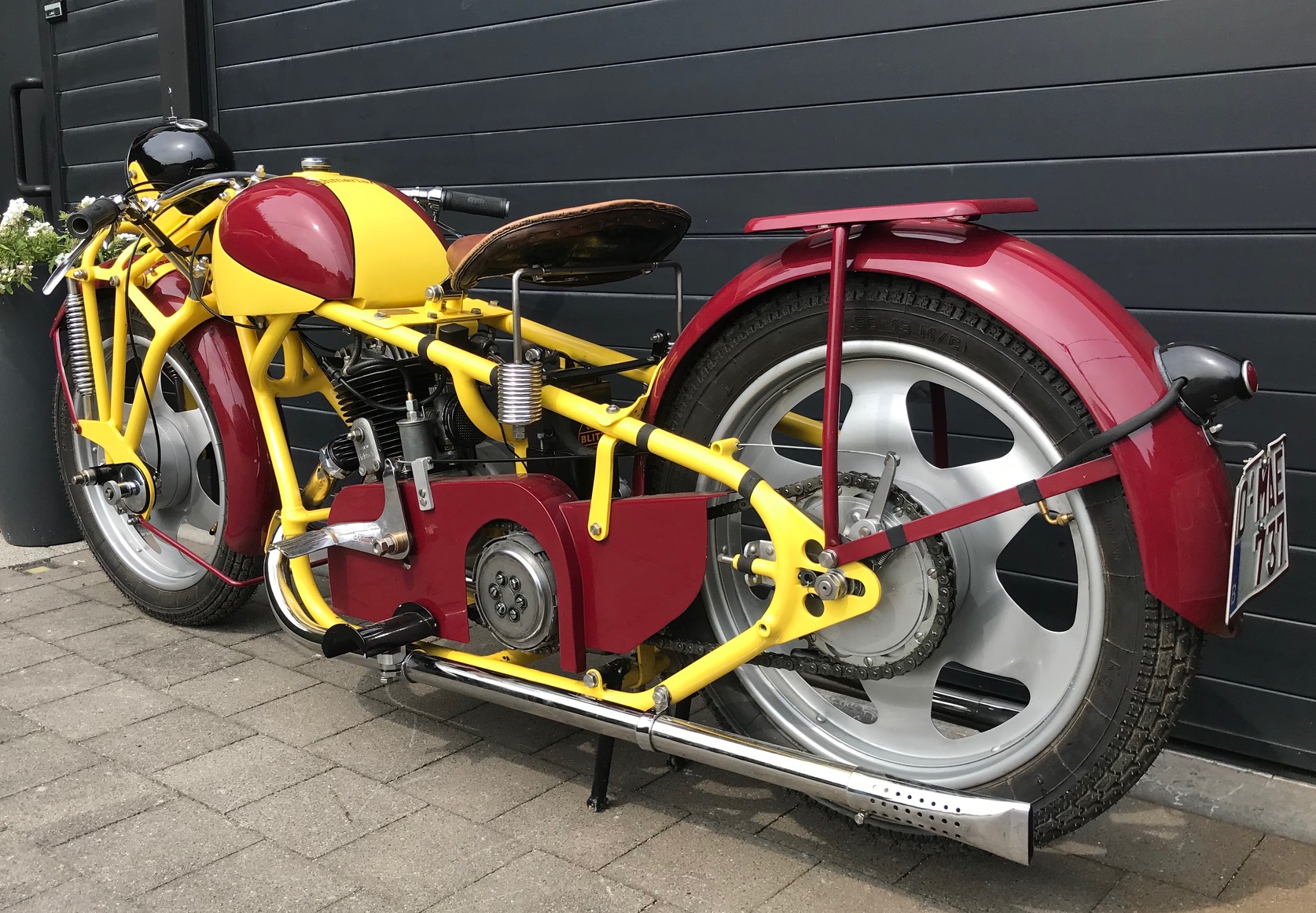 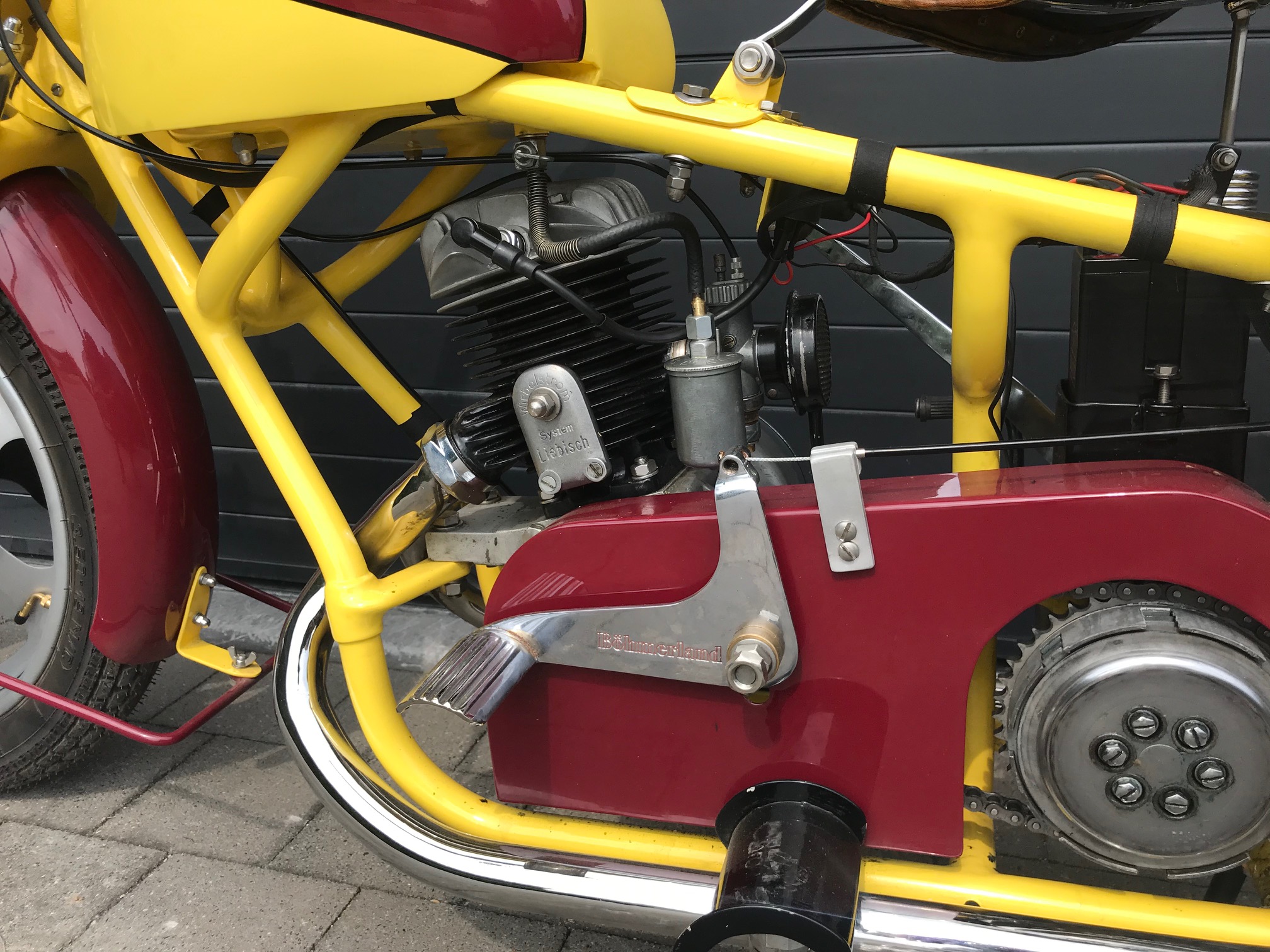 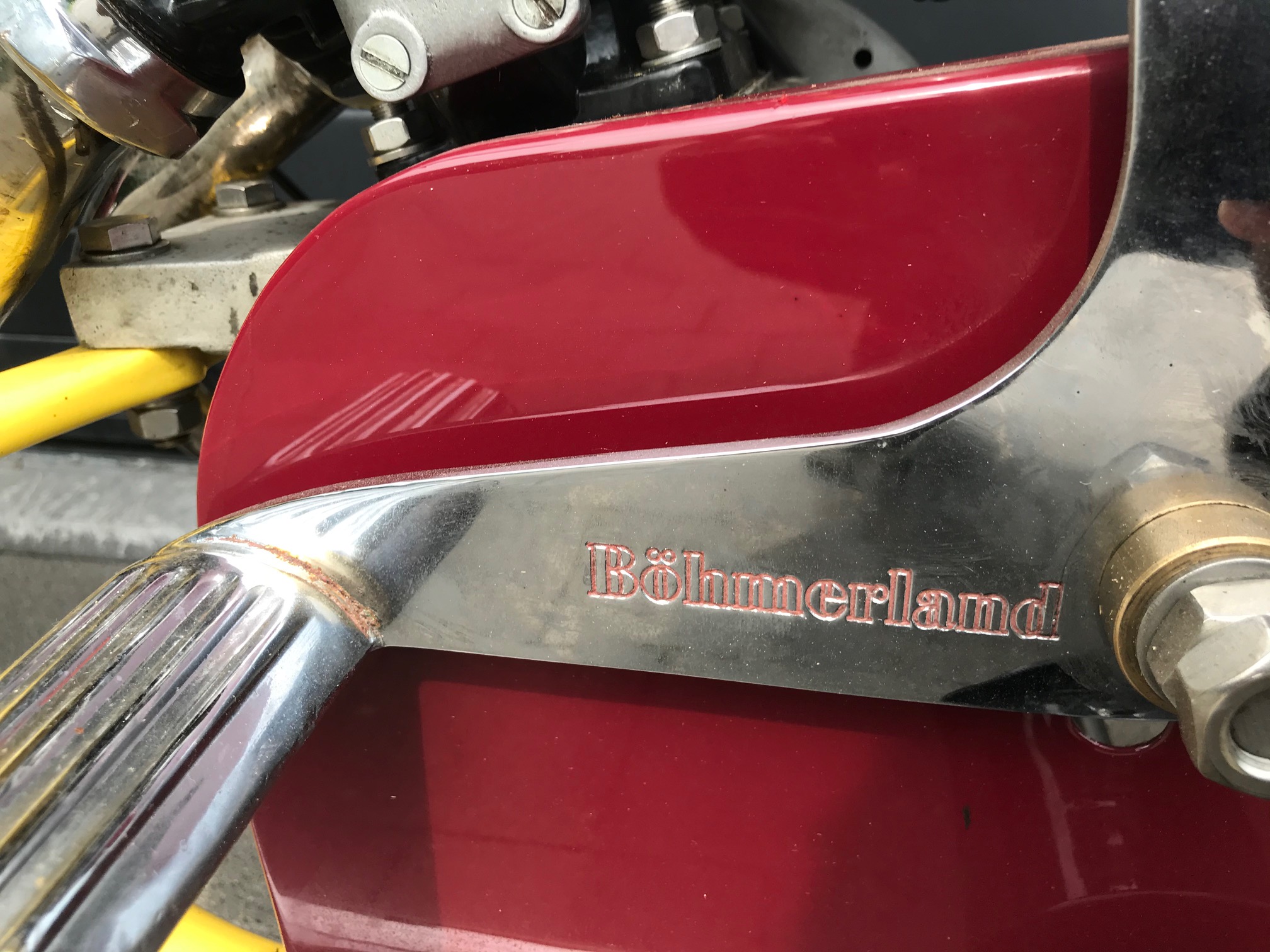 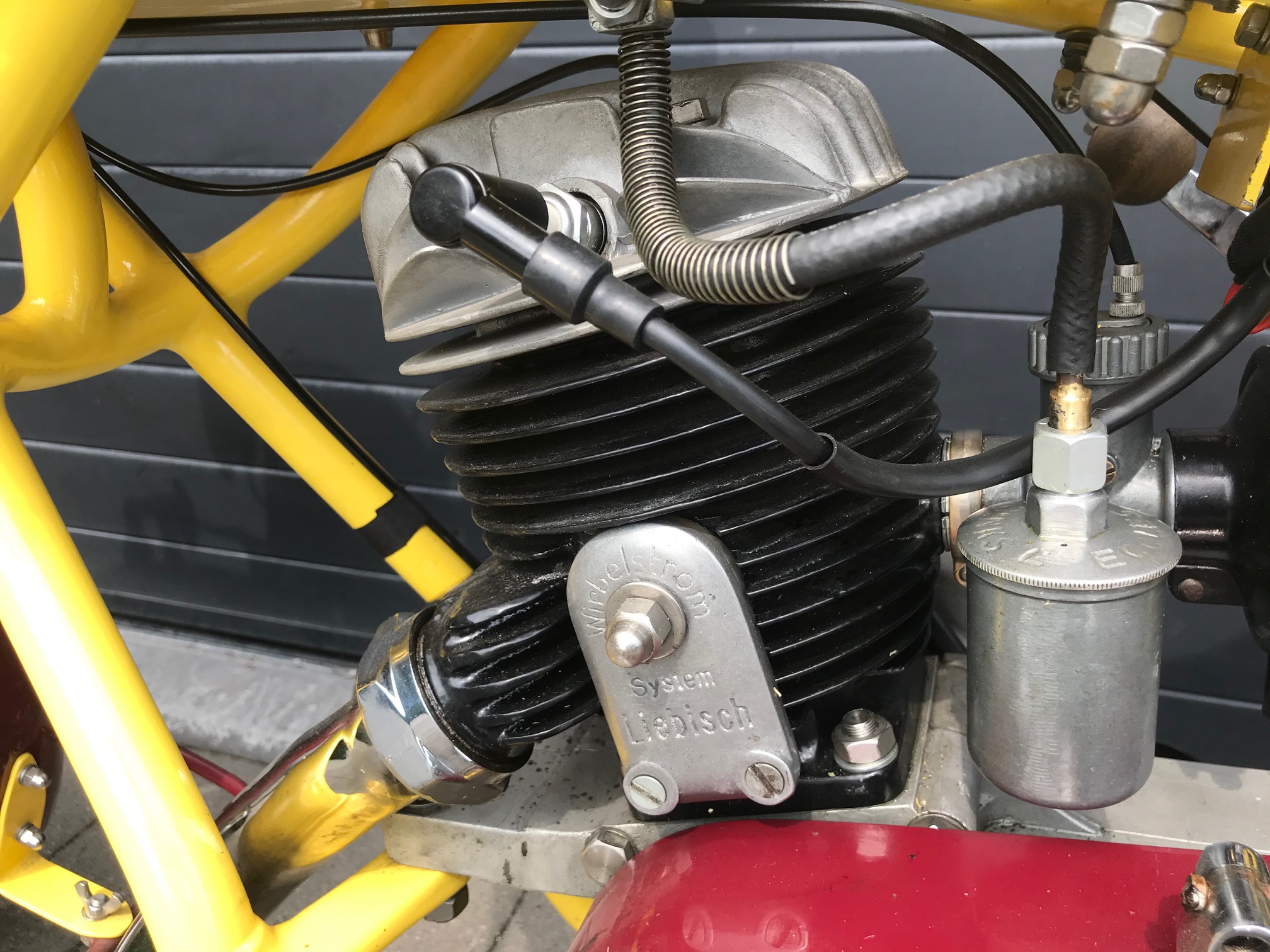 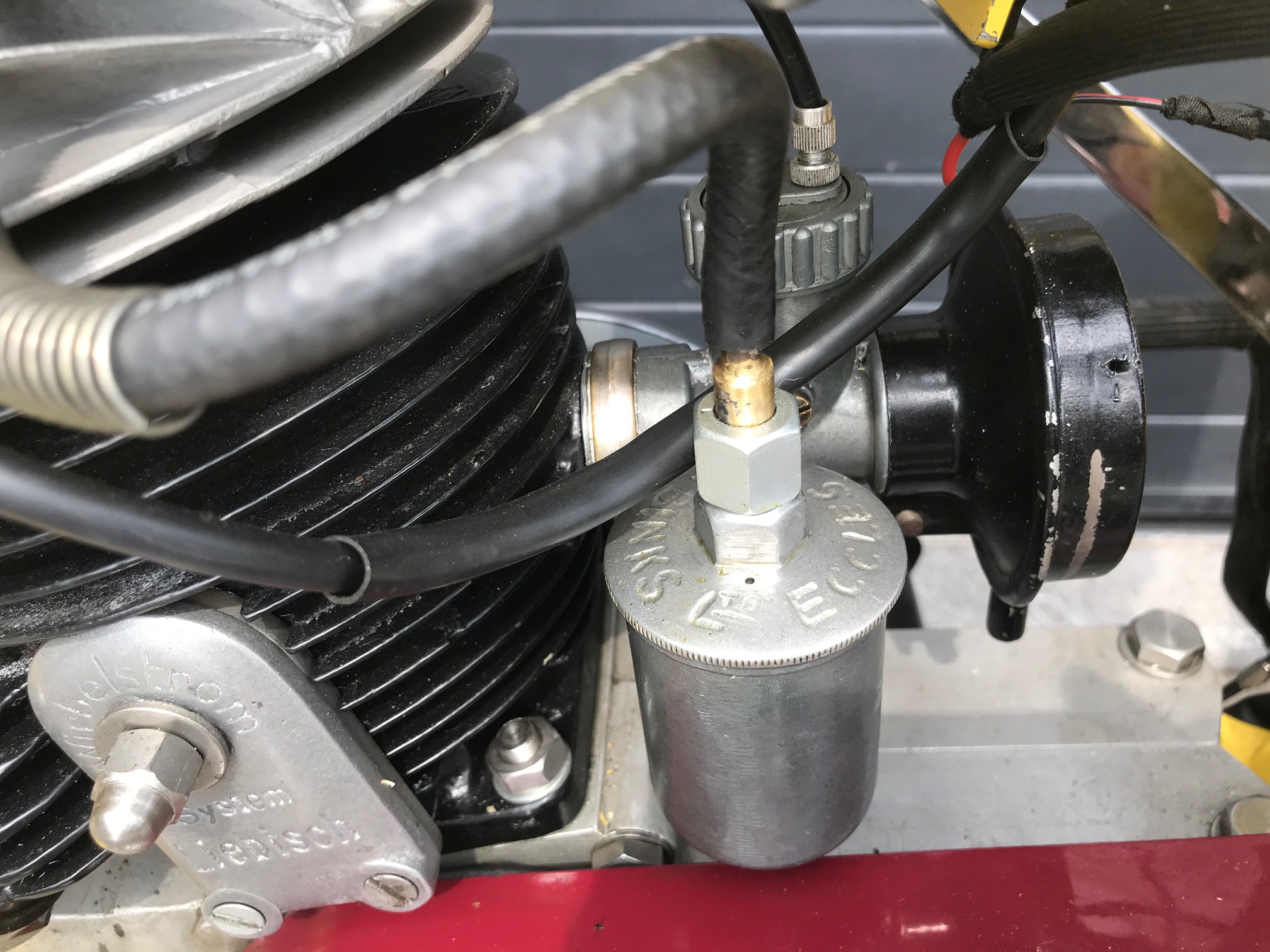 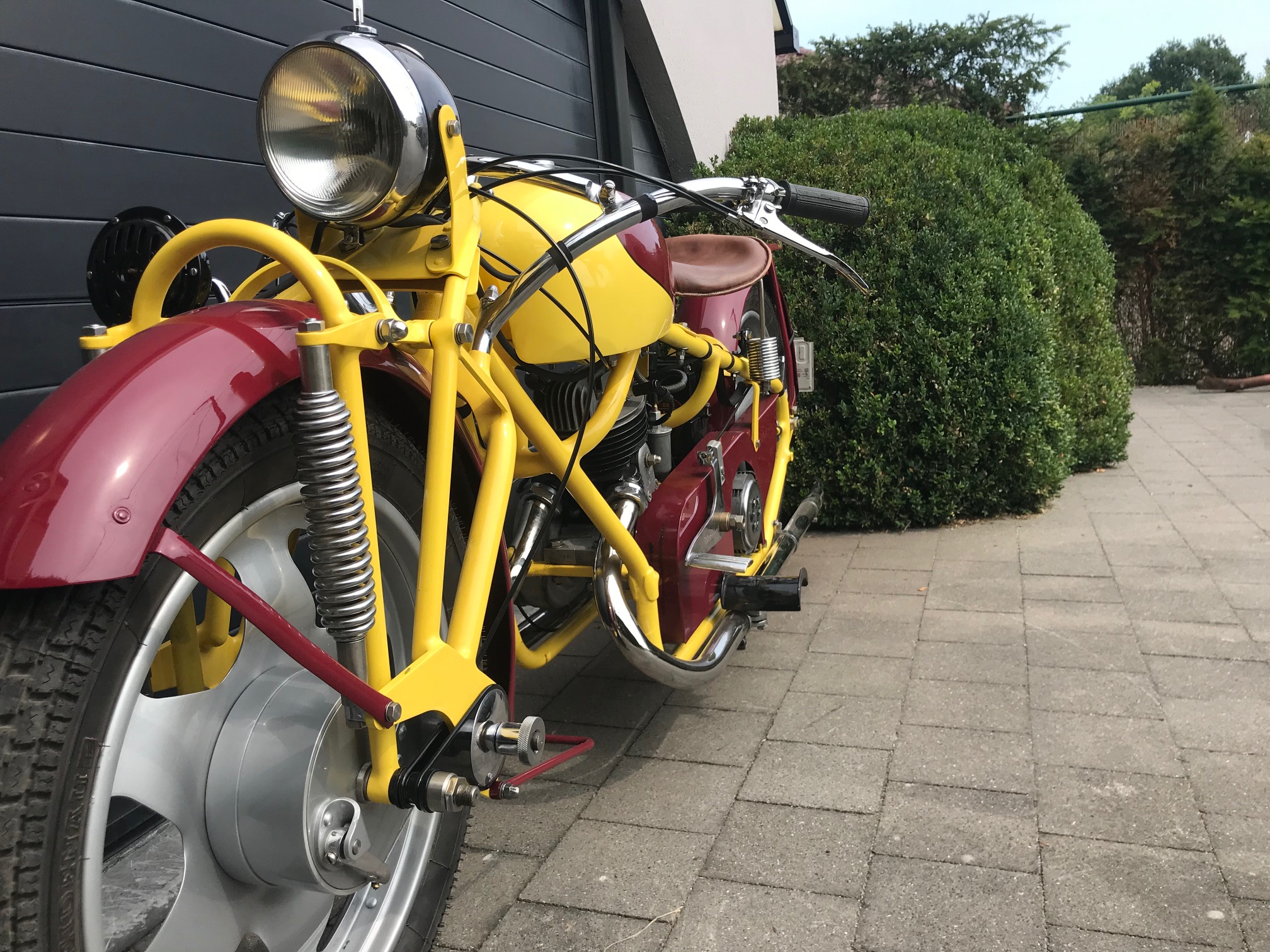 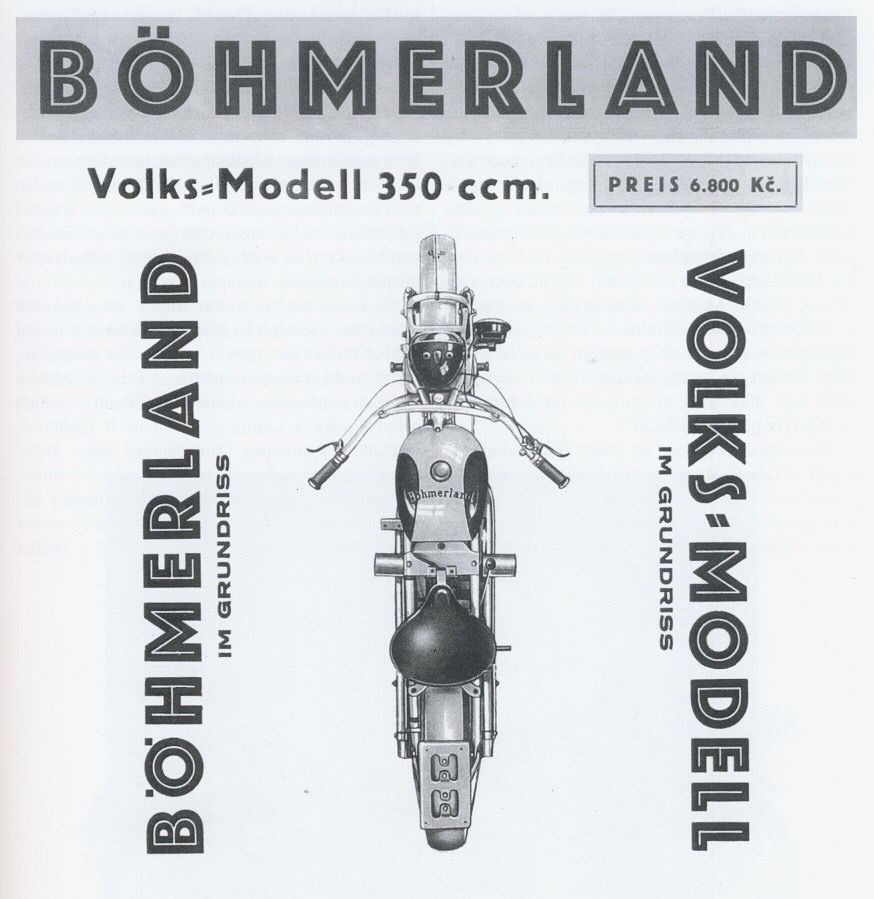