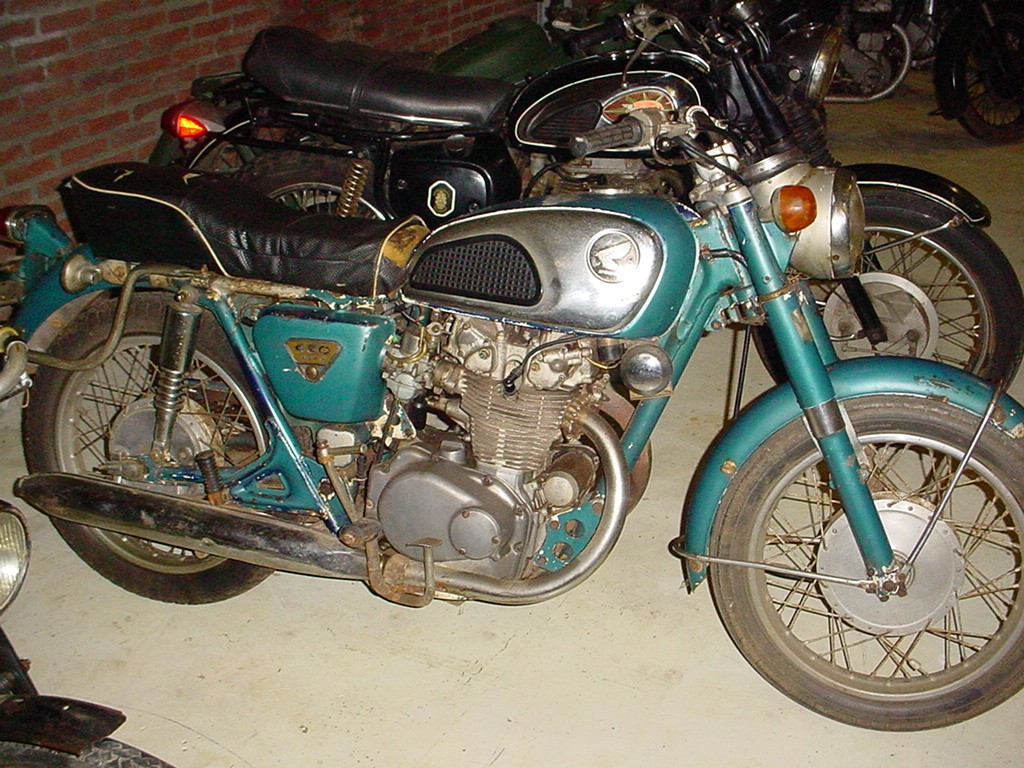 Here a Honda Model CB 450P model K1 to restore.
Very rare Police Special model. Behind the short saddle was a metal flat tray mounted for the paperwork of the police (this is still new for sale). This motorcycle also has the very rare police odometer. These have a distribution per km and while driving the driver could use a lever on the handlebars to lock the needle to the driven speed, this as proof of a speed violation during a chase. Missing parts are the drop bracket at the front with the beacons, the siren and the metal tray behind the saddle. This motorcycle is a model K1 but because this K1 has a new fork and separate headlight with separate meters these K1 Police Specials are equipped with the K0 front fork with large headlight in which the Police odometer fitted.
The side cover of the bike is there but not on the picture.
On youtube you can see an identical beautifully restored one under: 1969 Honda cb450P Police bike wins at legends 2008. 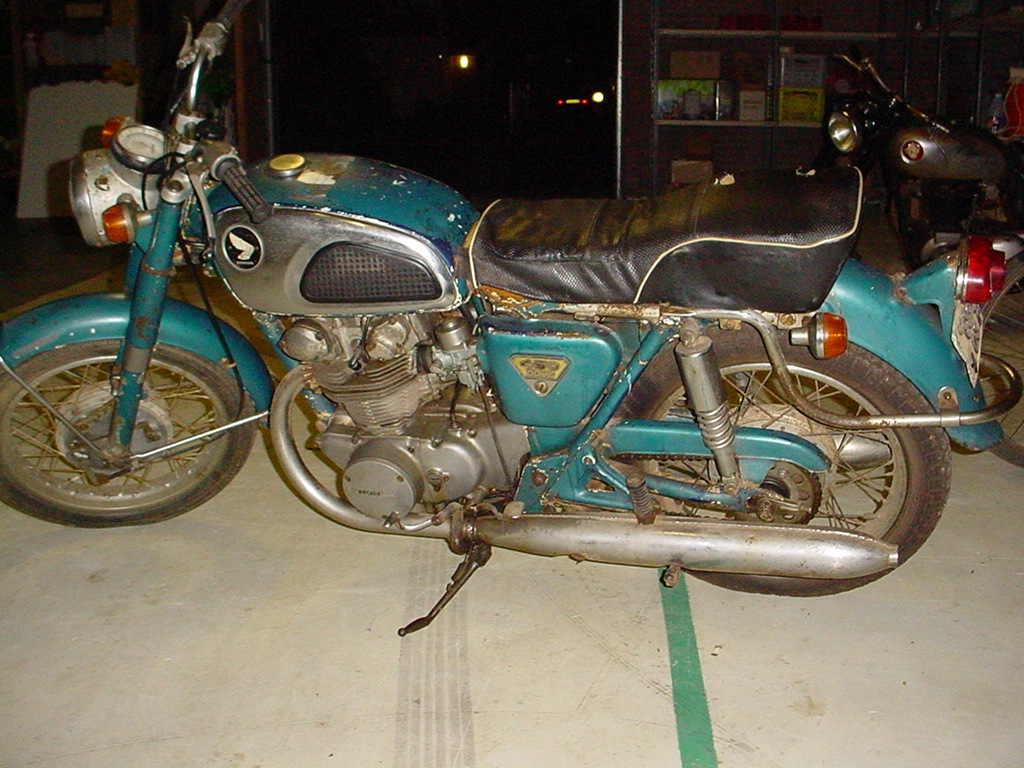 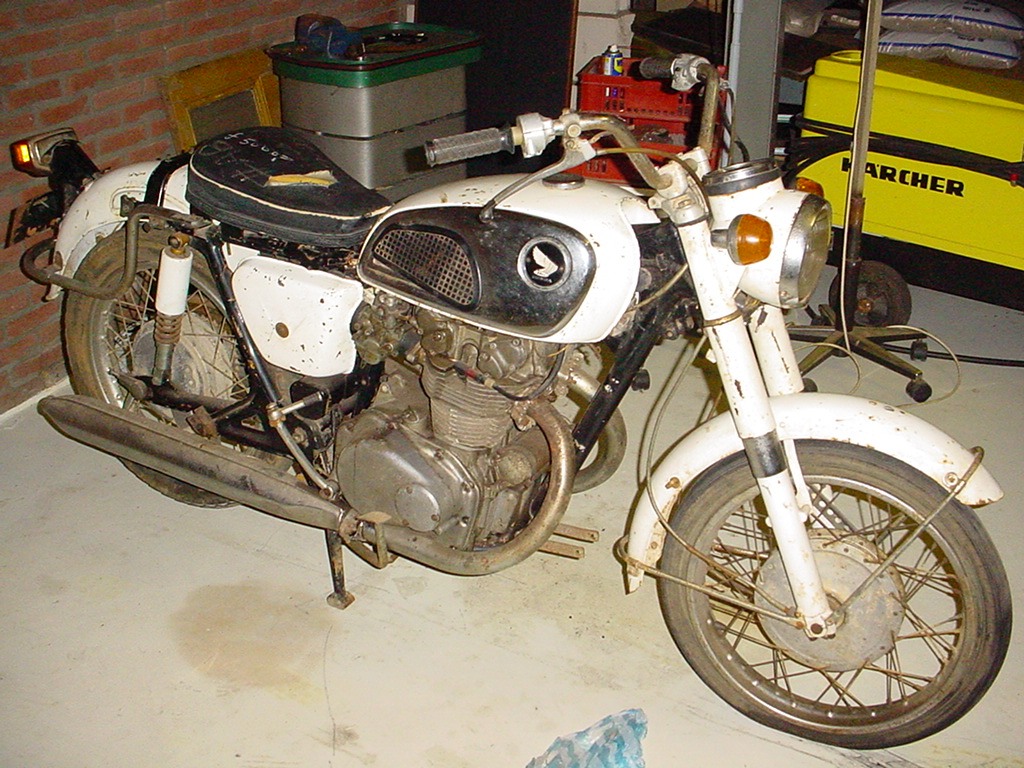 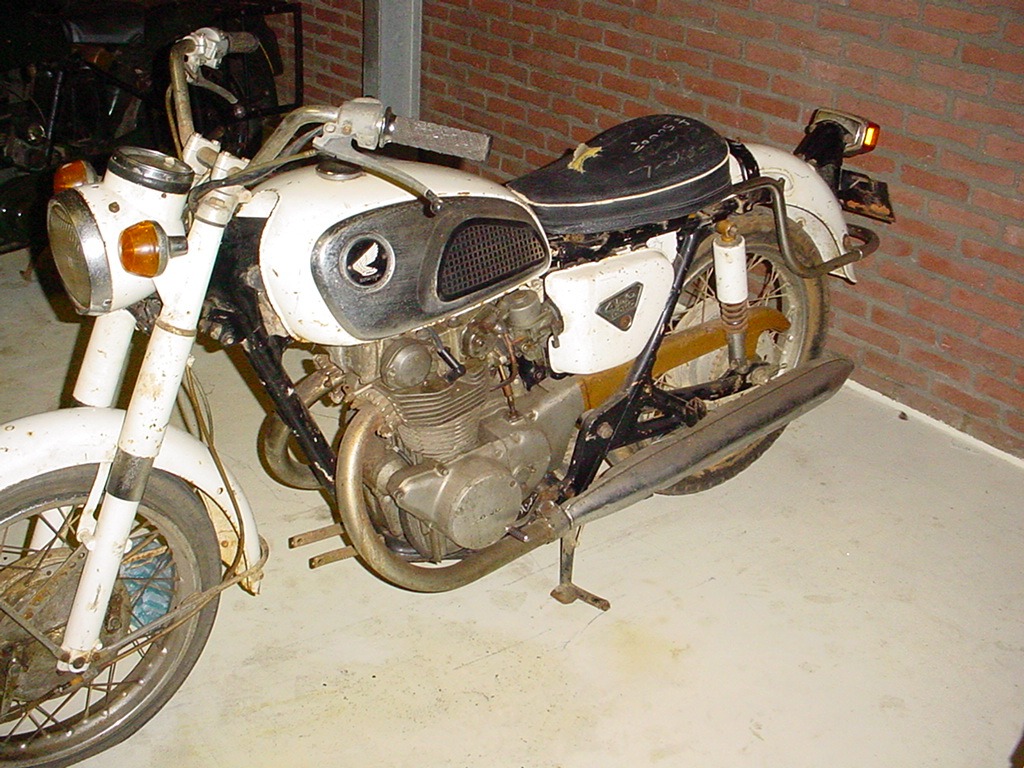