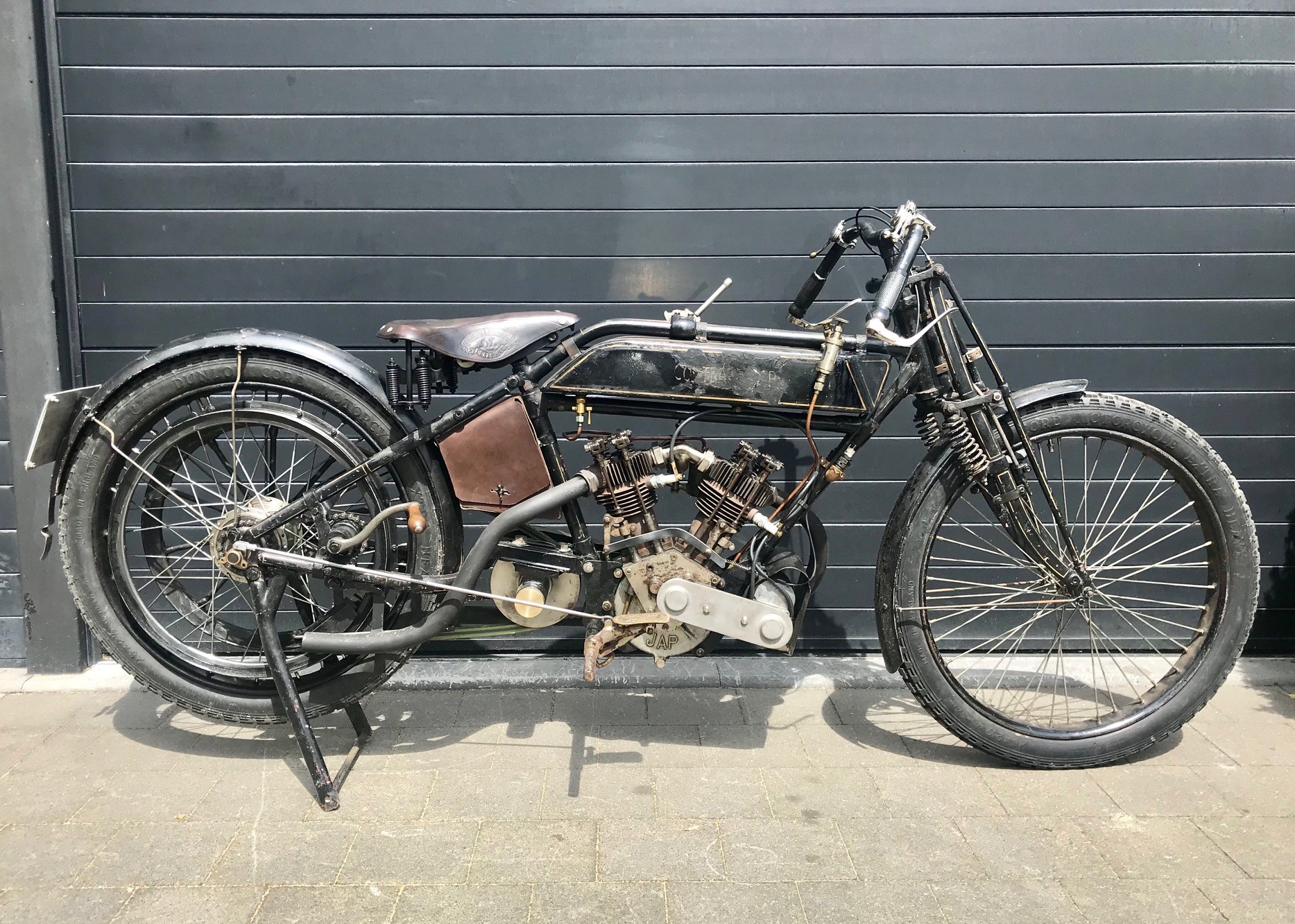 Very little is known about this motorcycle and this type of motorcycle. The larger version of this motorcycle is very well known. It exists in 500, 735 and 1000cc (also known as the 90-bore). This sports bike was used by the big brands like Matchless, Dot, Nut, Bat and also in some cyclecars.The 1000cc was built until the early '20's and was also used in the early Brough Superior. JAP started building the 735 and the 1000cc around 1910. Until last year no one (who I could find) knew the existence of the 350cc version. No pictures, no brochures, no info. Somewhere I picked up that JAP made 3 of these engines for the Isle of Mann TT in 1912 or 1913. Seems logical to me because what is the advantage for private customers, it makes no sense to build a 350cc OHV V-twin. This is far too expensive. But 350cc is a race class and there it has a meaning. So this must be a prototype racing version.
Contrast-Jap was a small English company that started building motorcycles very early. Best advertisement was racing. Winning on Sunday is selling on Monday was the slogan then. The frame is a SUN lugs made with a Bramton front fork. Sun was a company that made their own motorcycles but also a supplier of the cast couplings to build a frame. Most smaller companies used these lugs because they didn't have the capital to cast them themselves. Bramton was a big supplier of front forks. So the engine is the rare, probably the only one still in existence, 350cc OHV V-twin sports engine. Rear wheel has a 3 speed Sturmey Archer hub. This is 1912 and at that time gearboxes didn't really exist yet. A few years before Zenith had invented the gradua system, a kind of stepless gear principle variomatic, and this was the first answer to the start of gears. This rear hub can best be compared to a large 3-speed rear hub of an ordinary bike. Restoration has just finished and the first test drives were on the track of the race track in Montlhery. Motorcycle was found in Spain near Barcelona where it raced around WWI on the track of Barcelona. 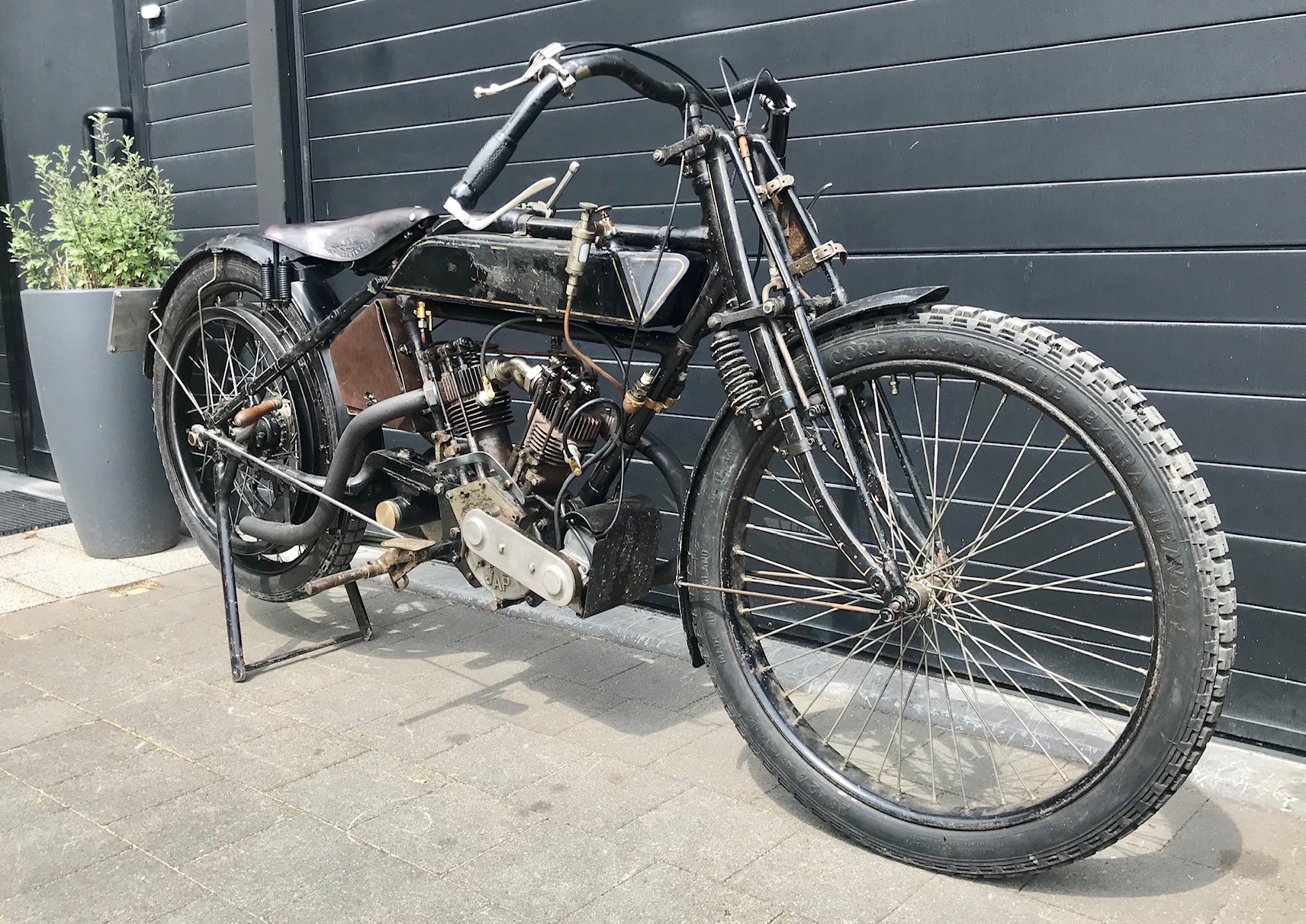 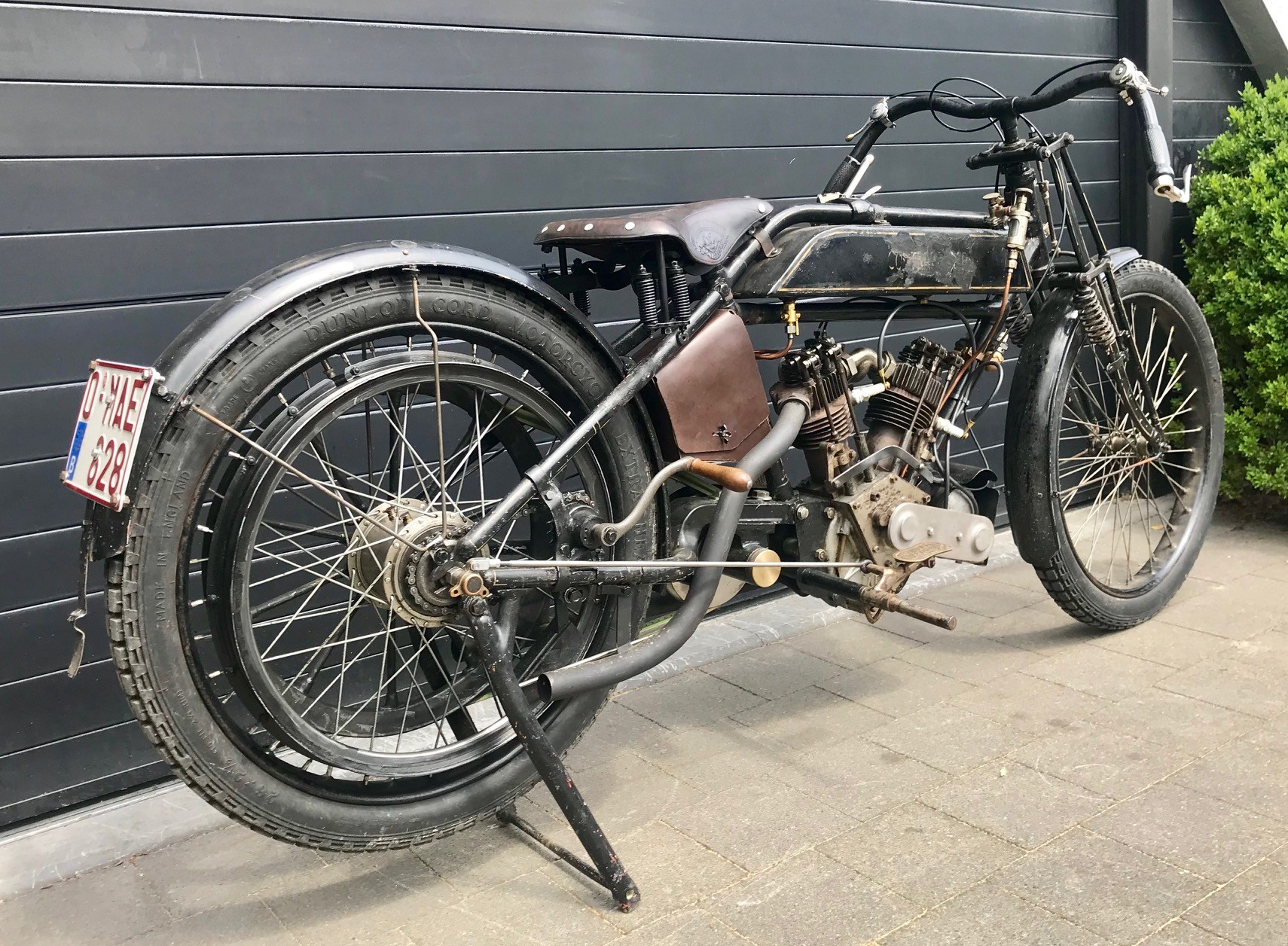 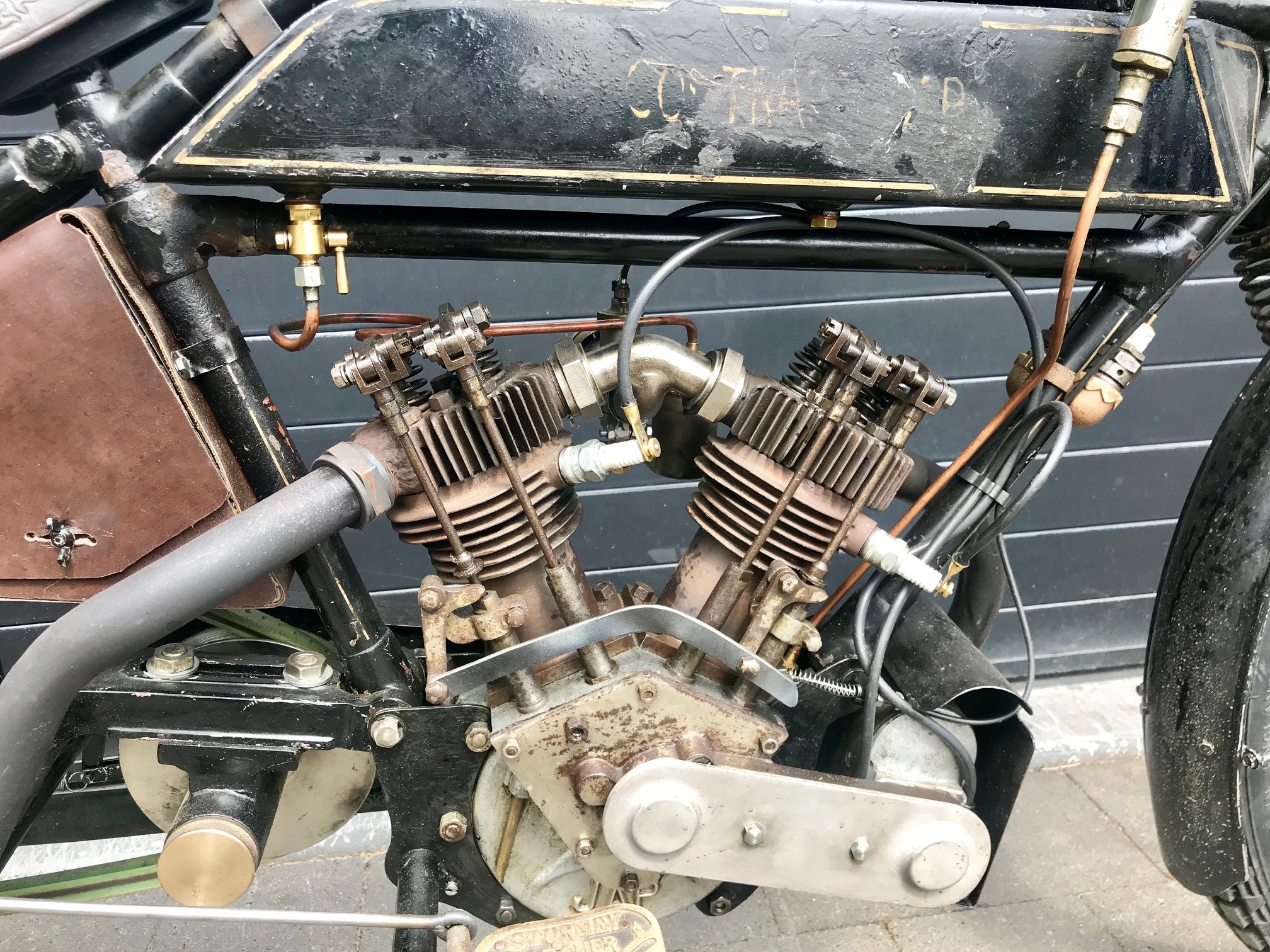 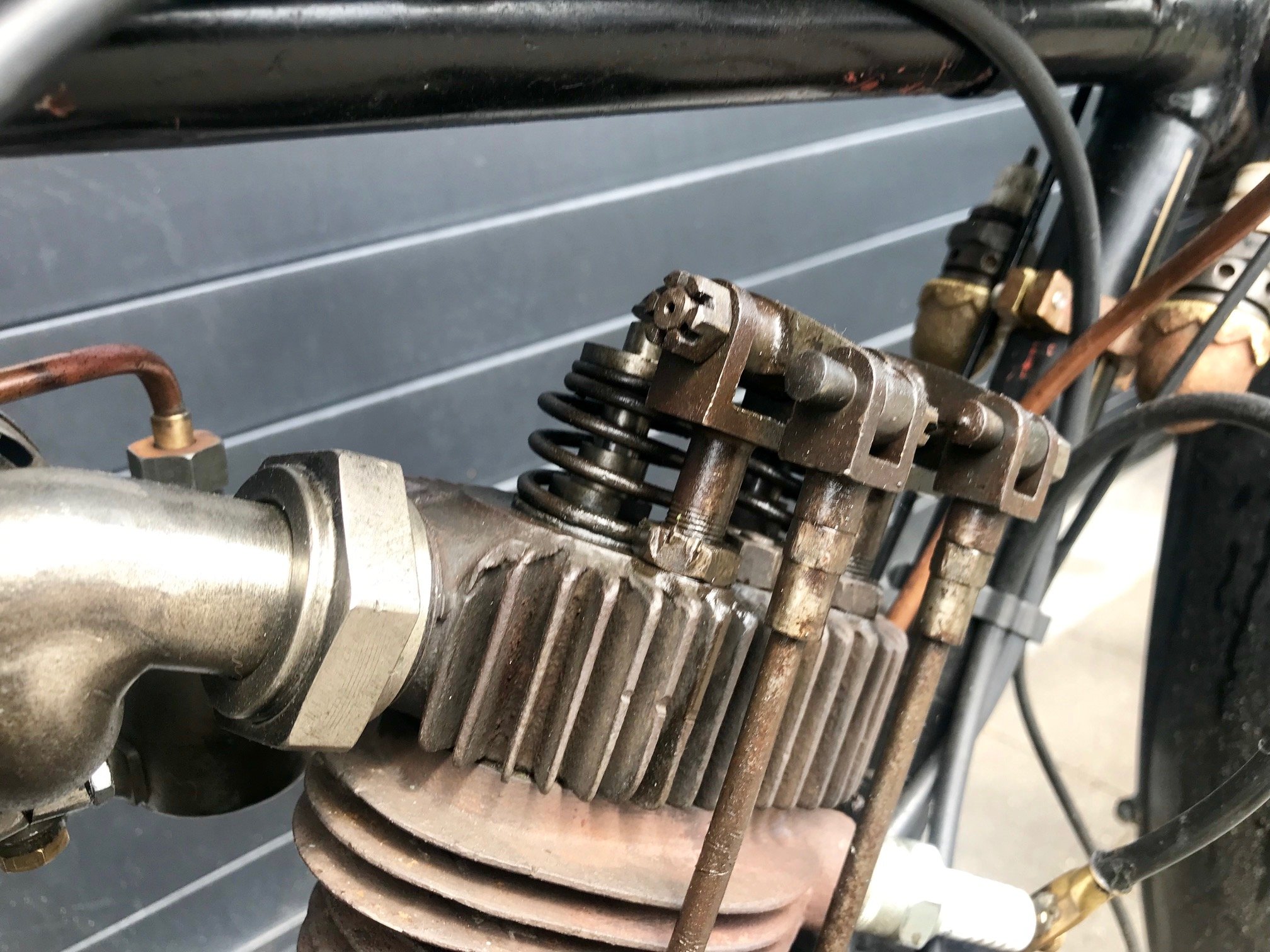 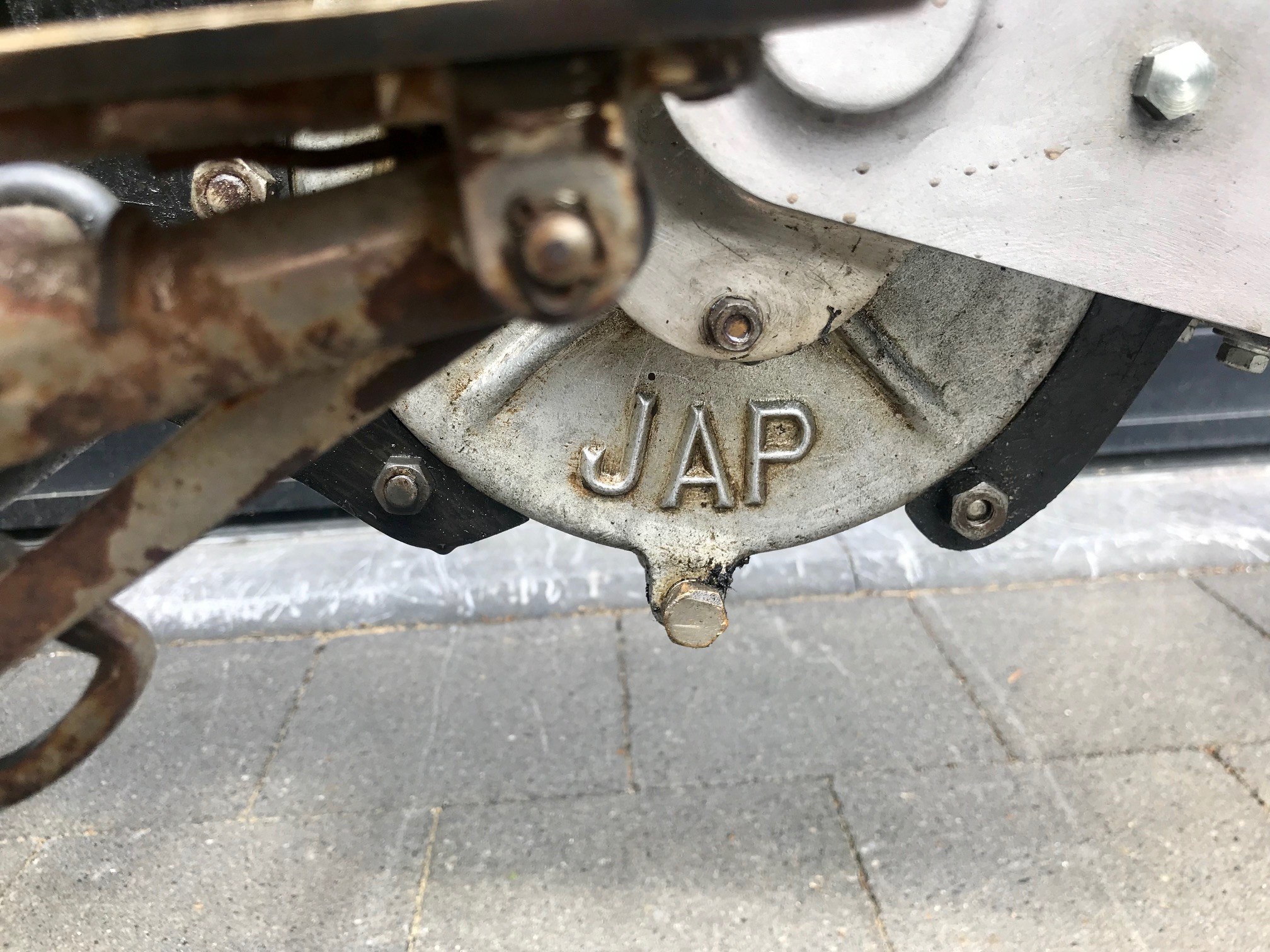 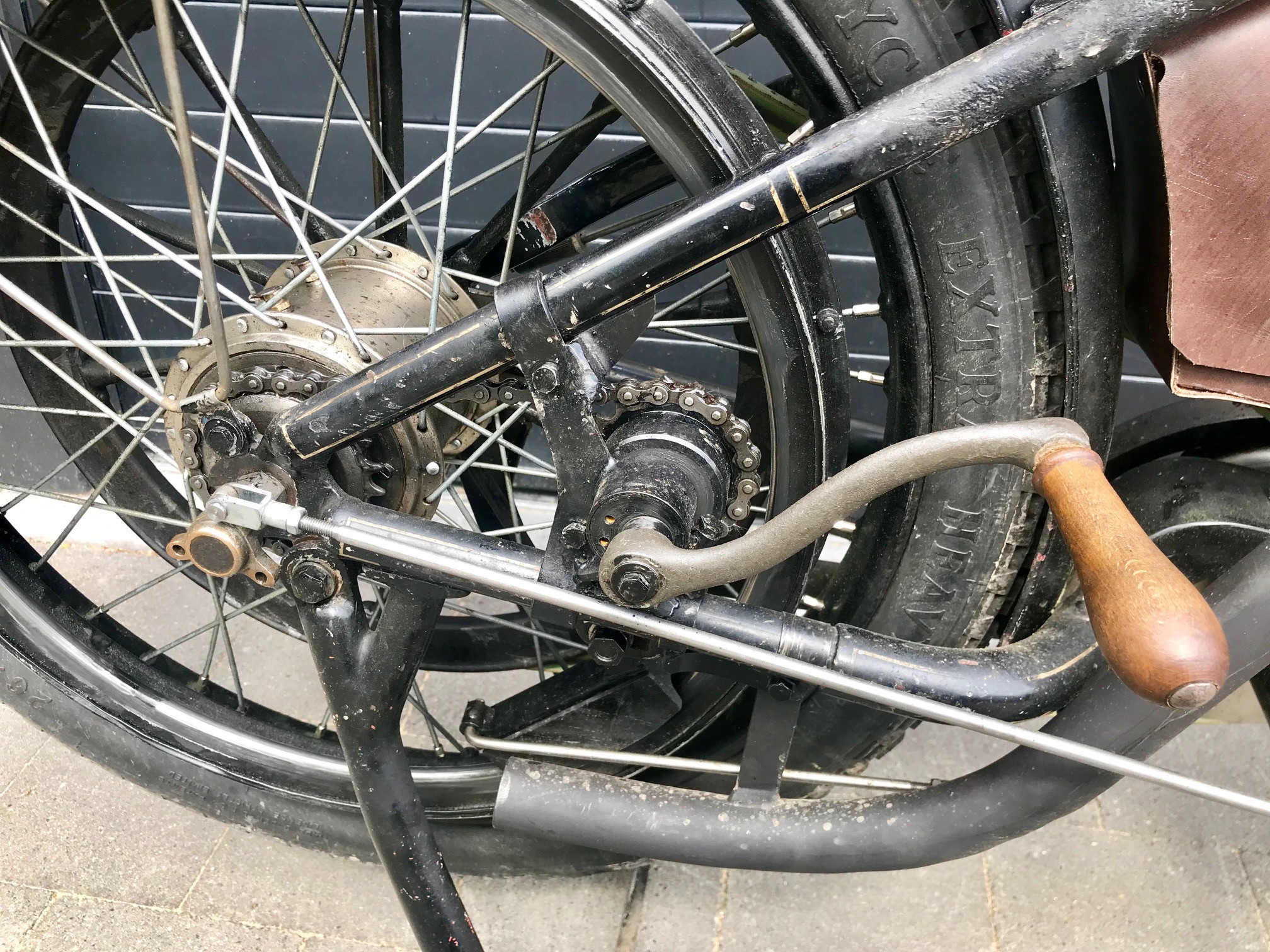 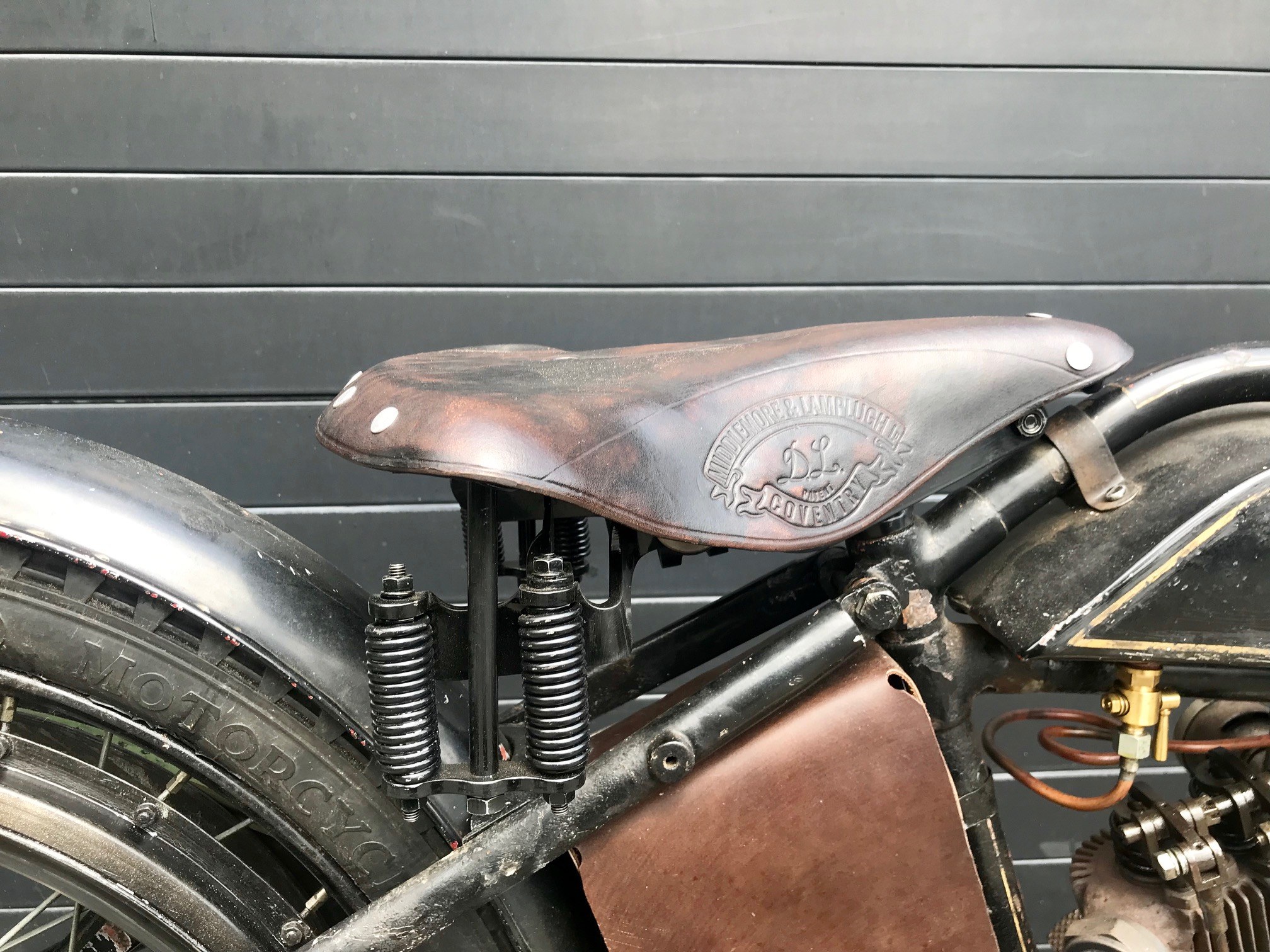 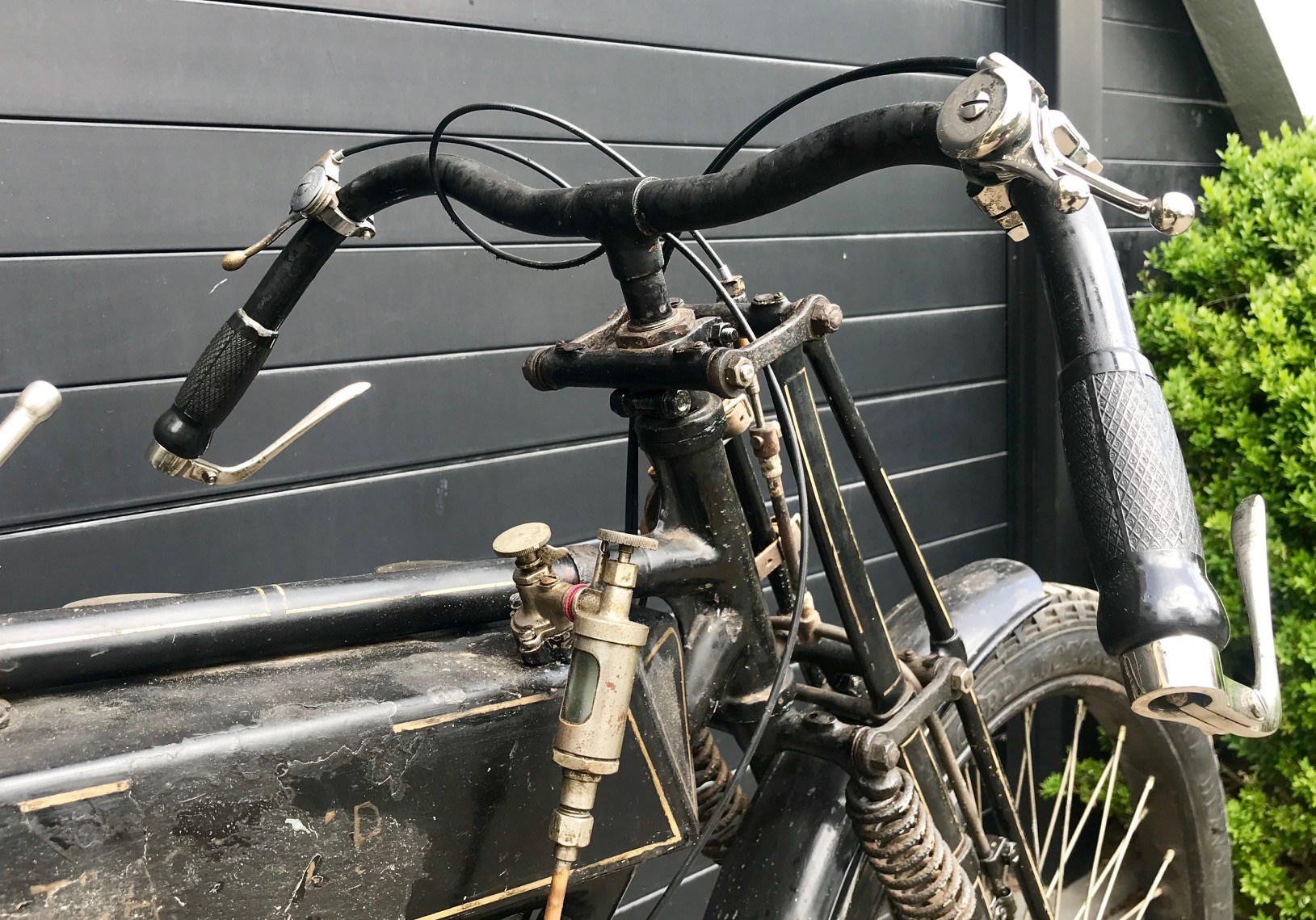 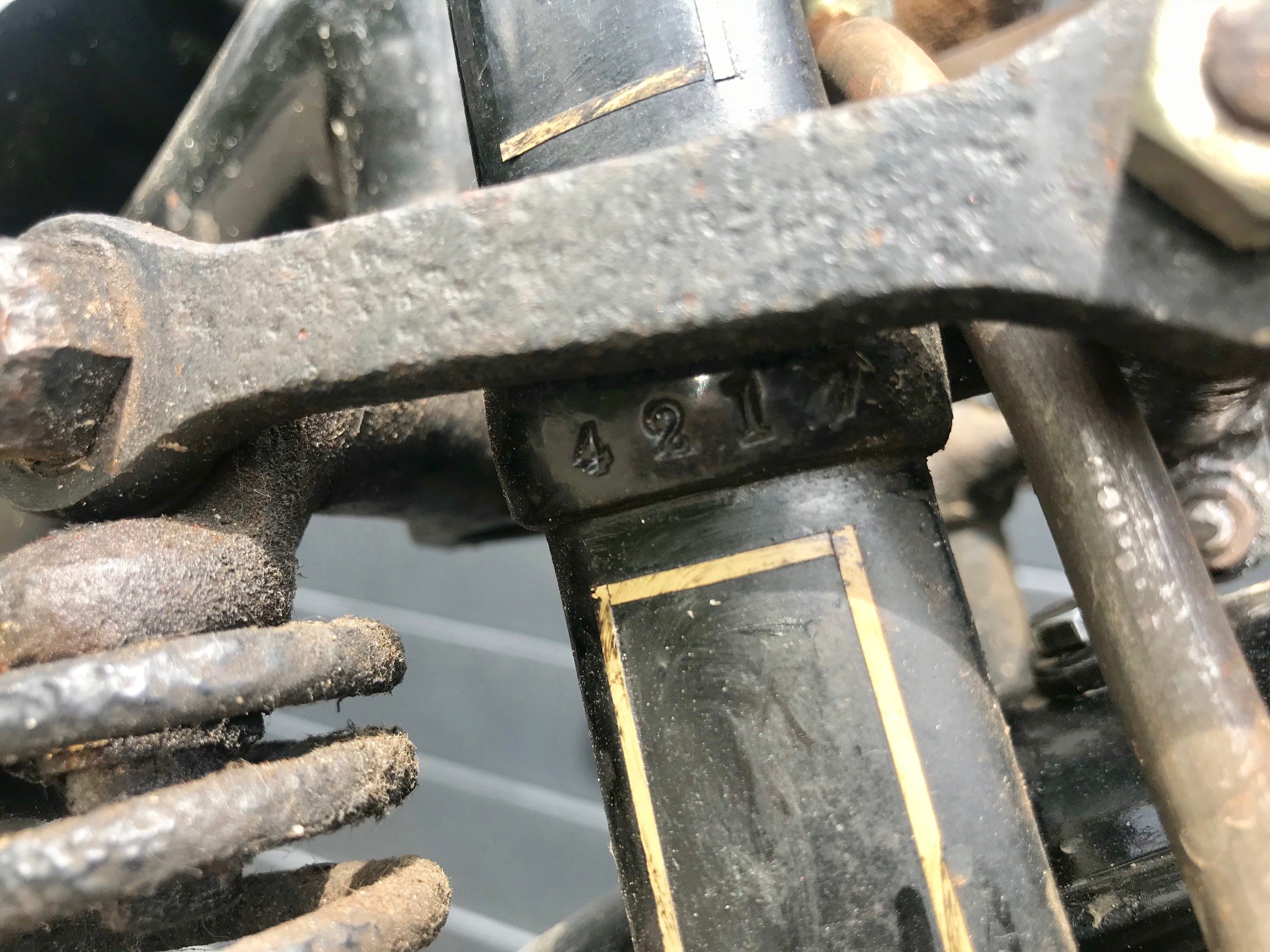 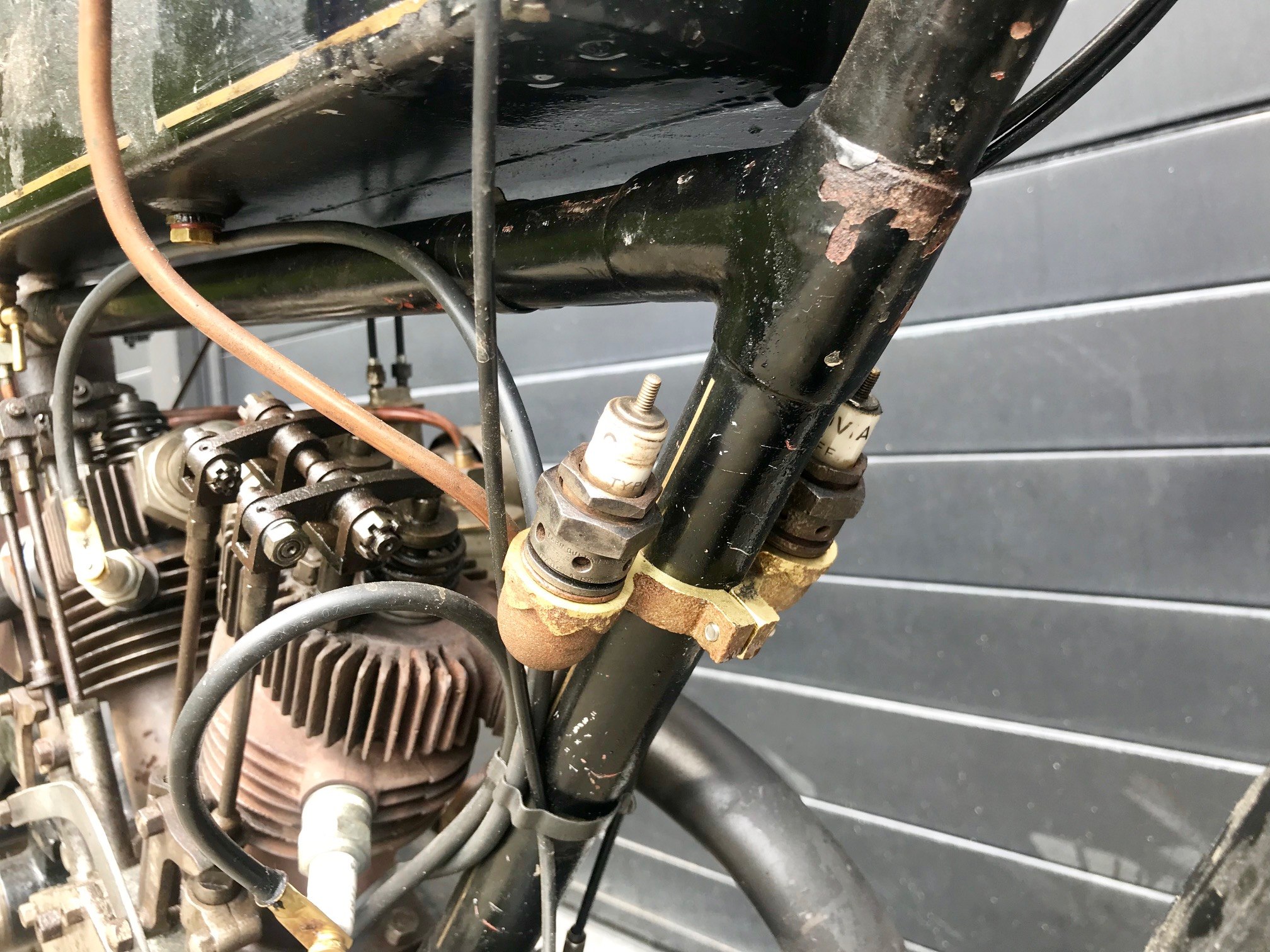 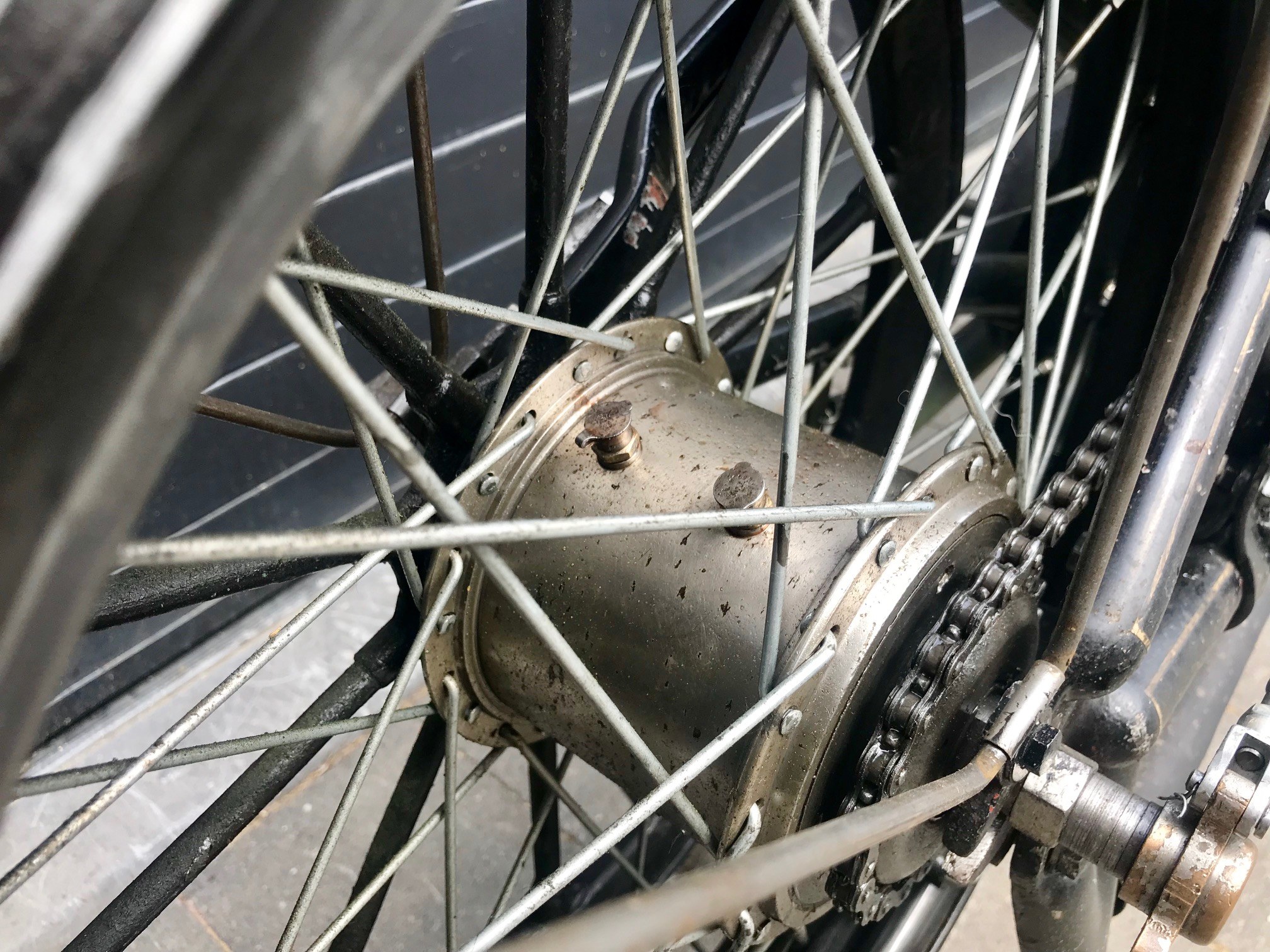 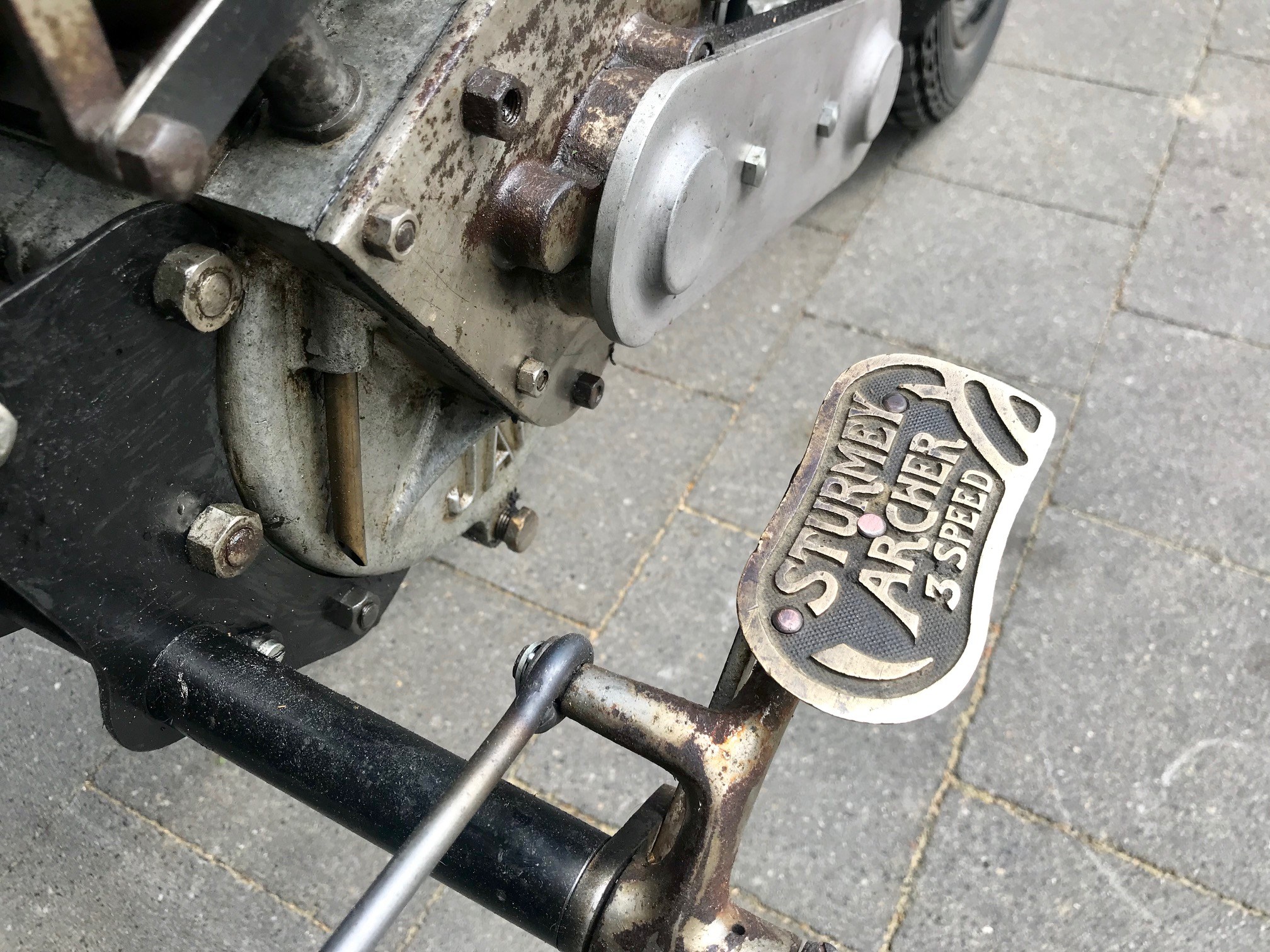 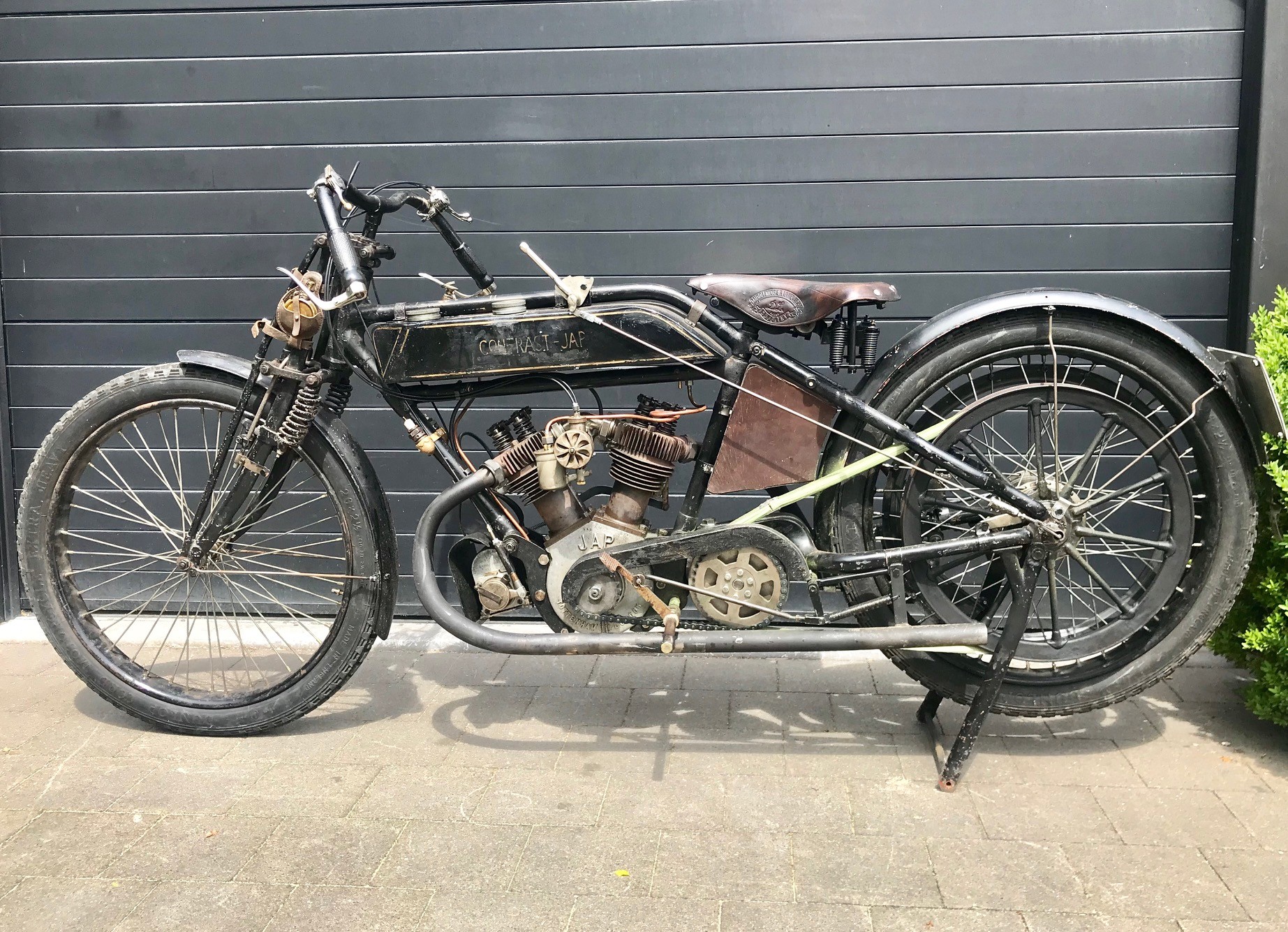 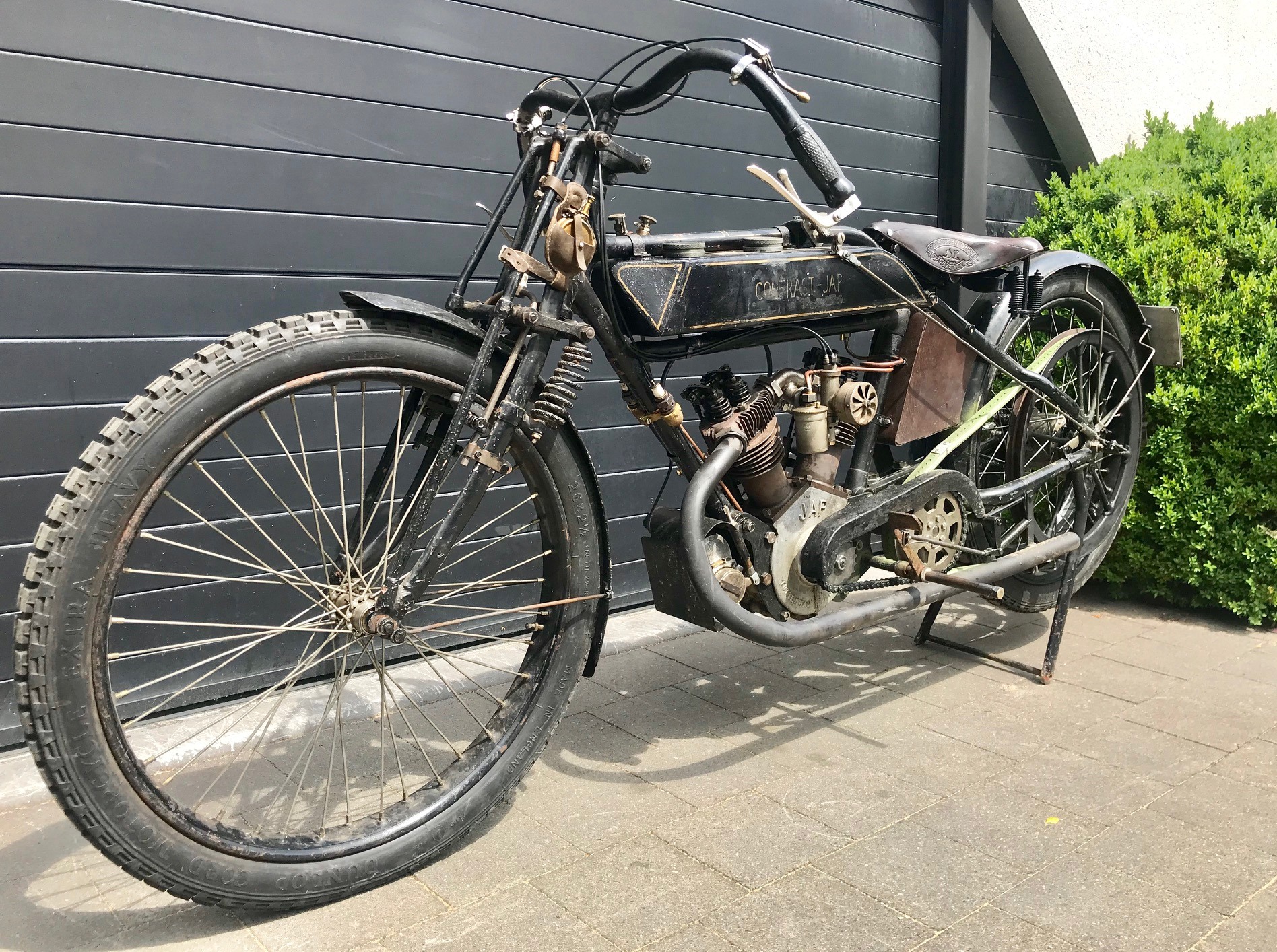 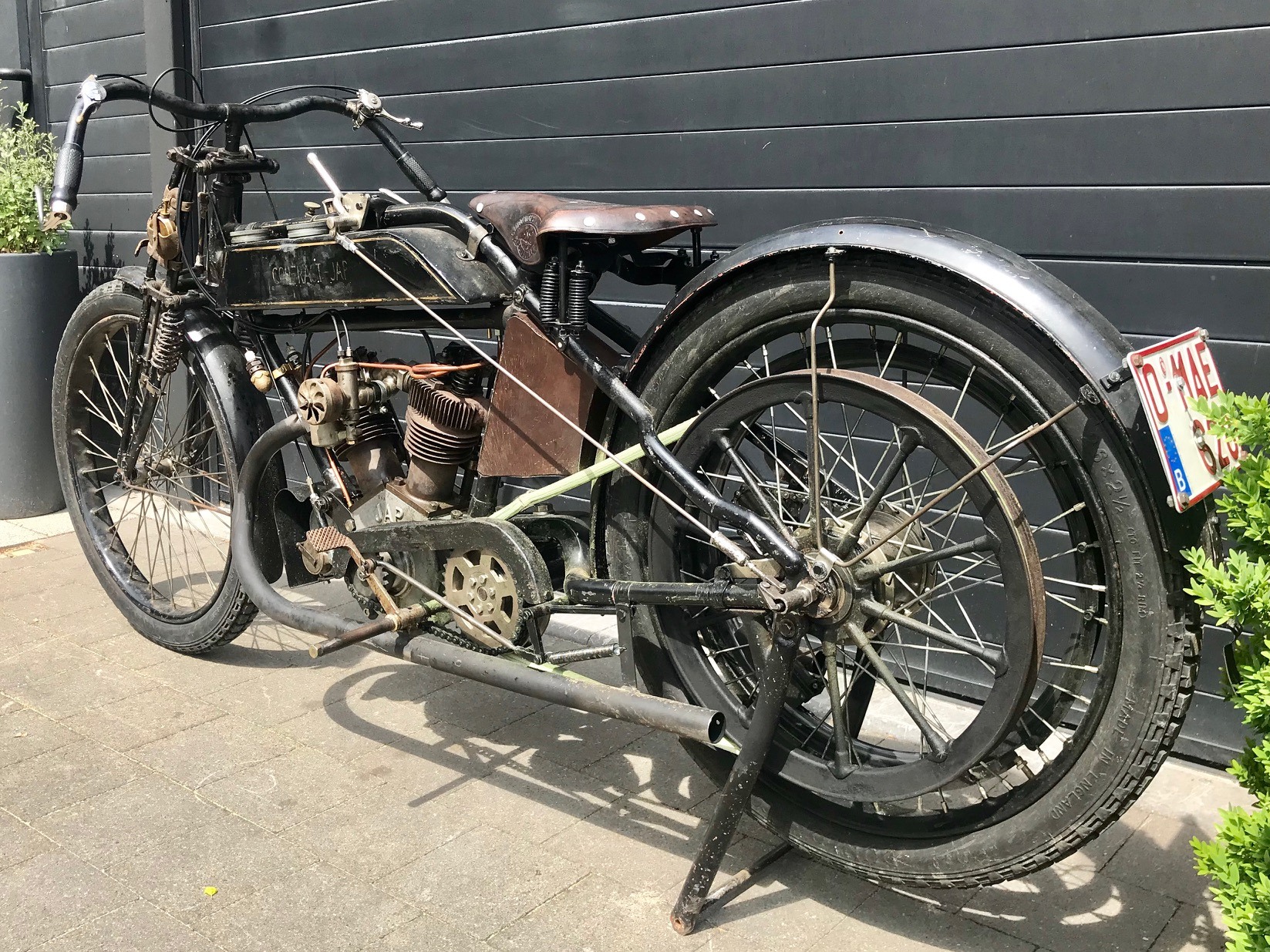 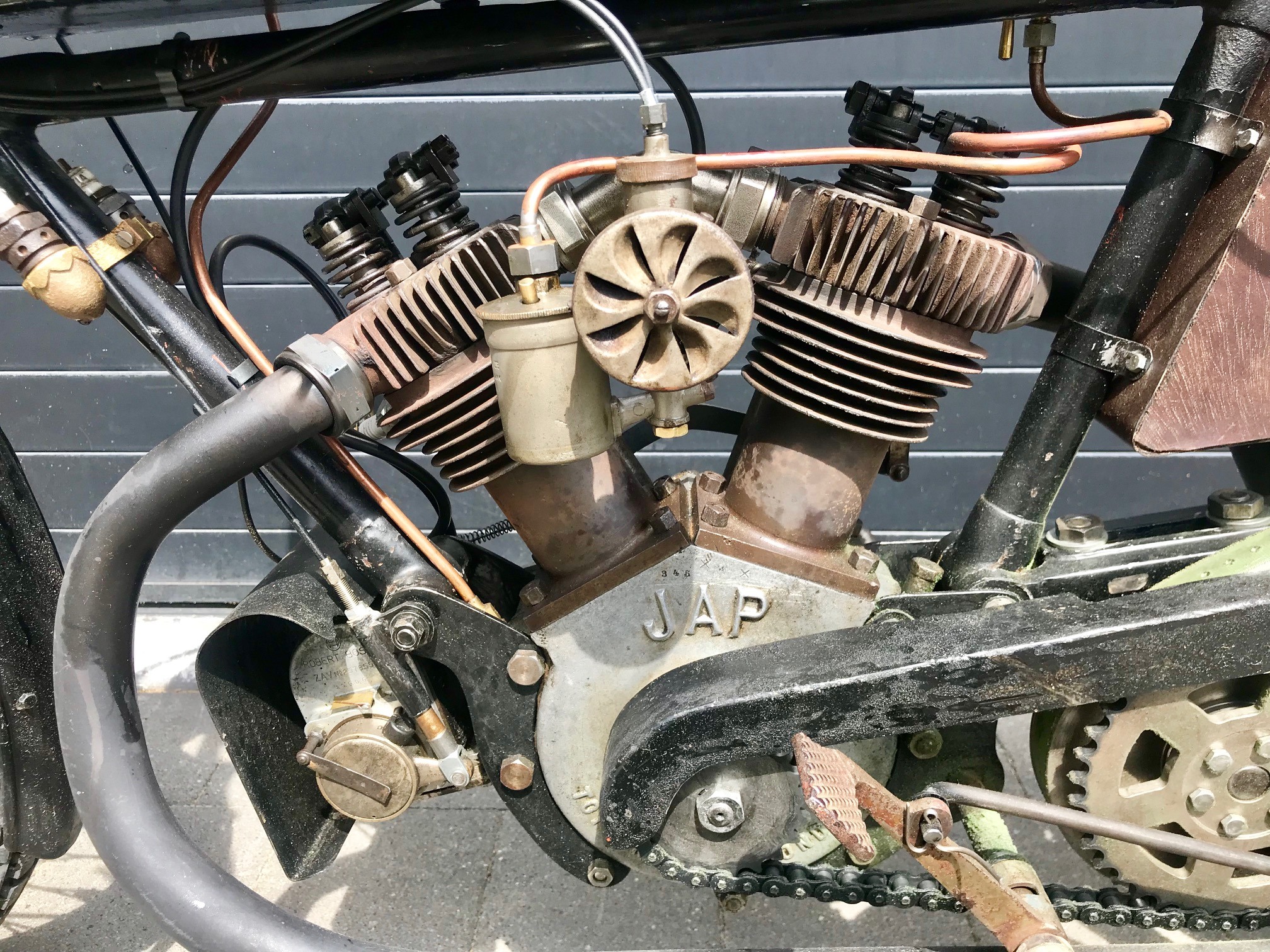 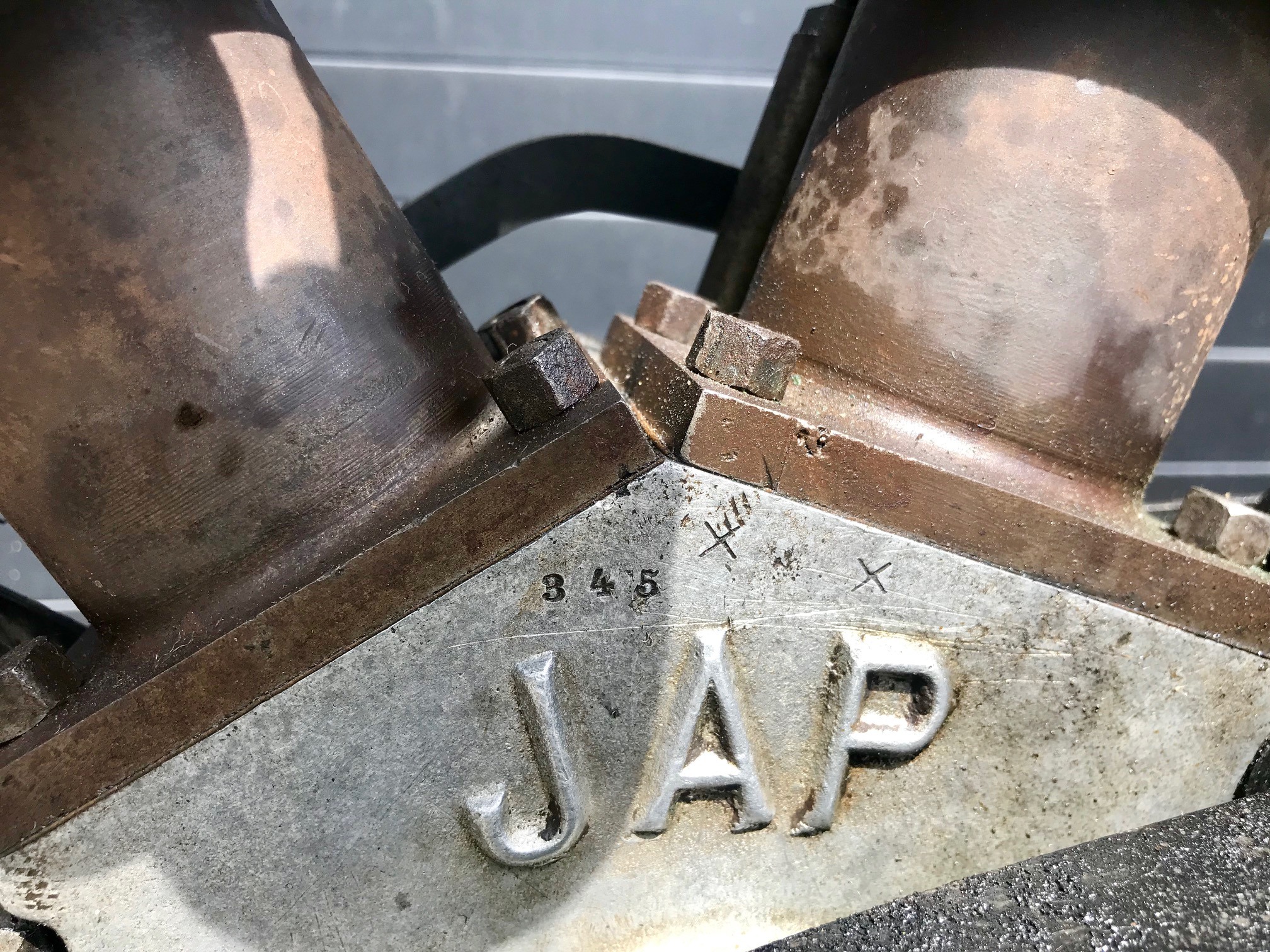 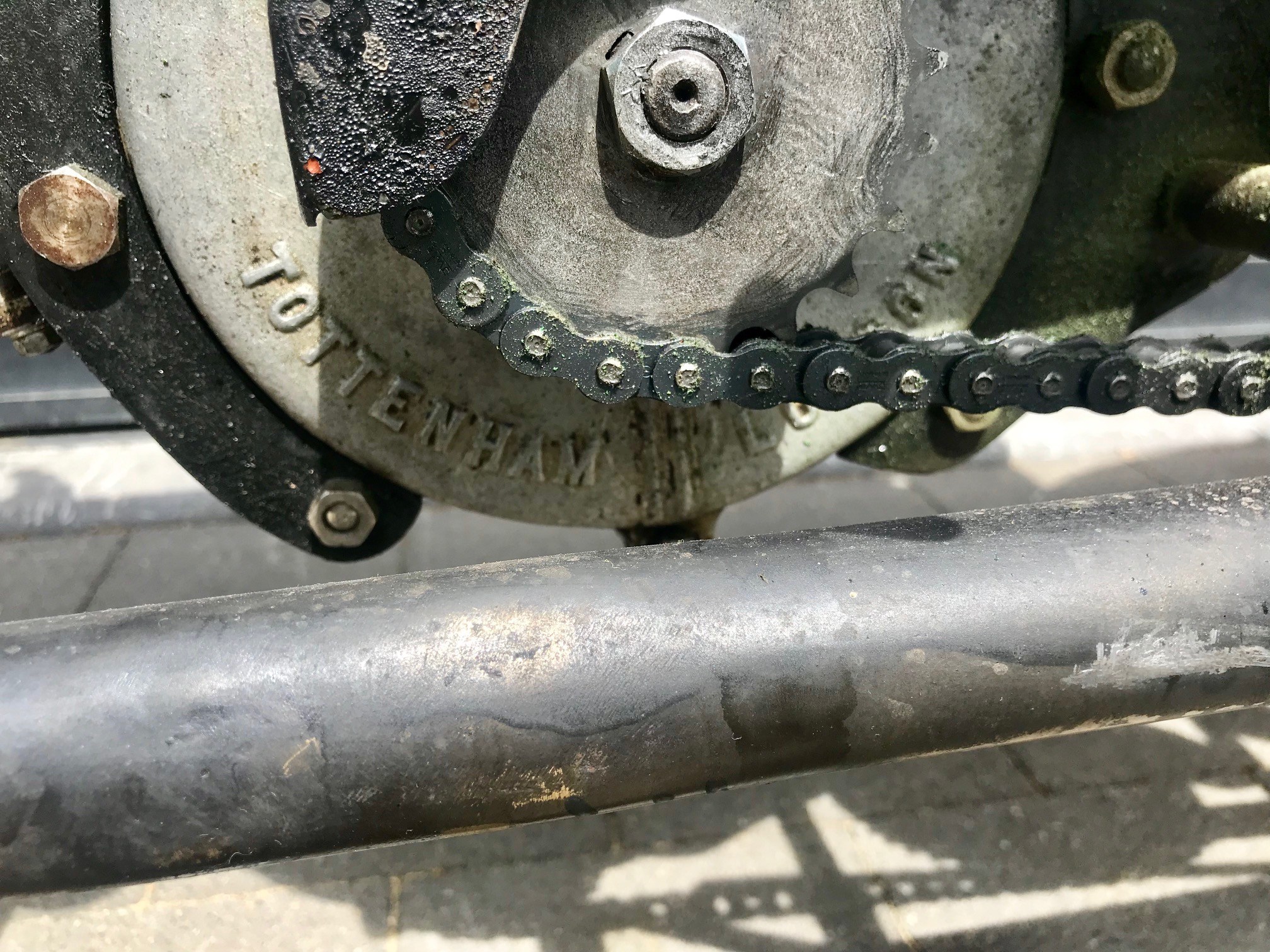 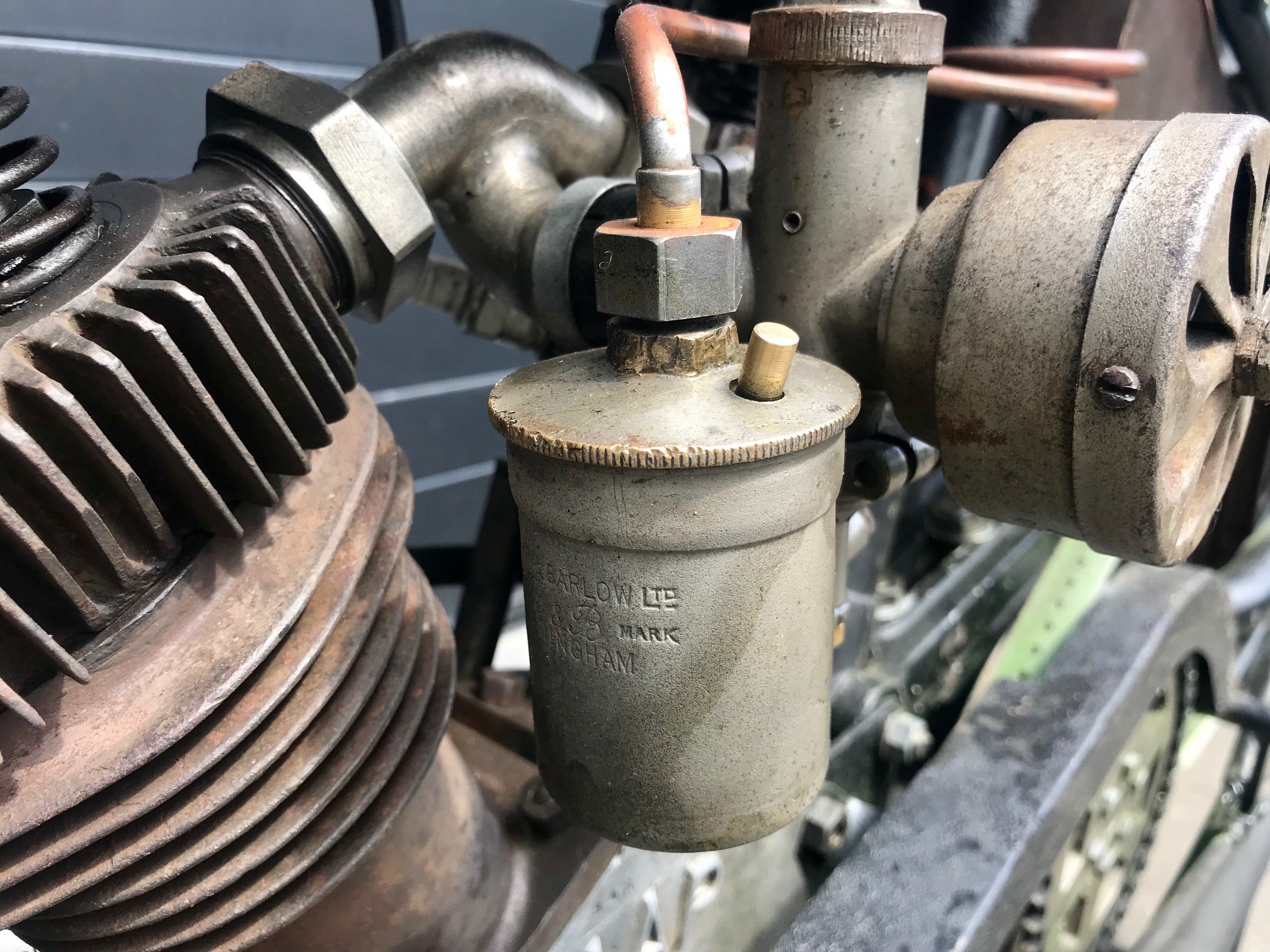 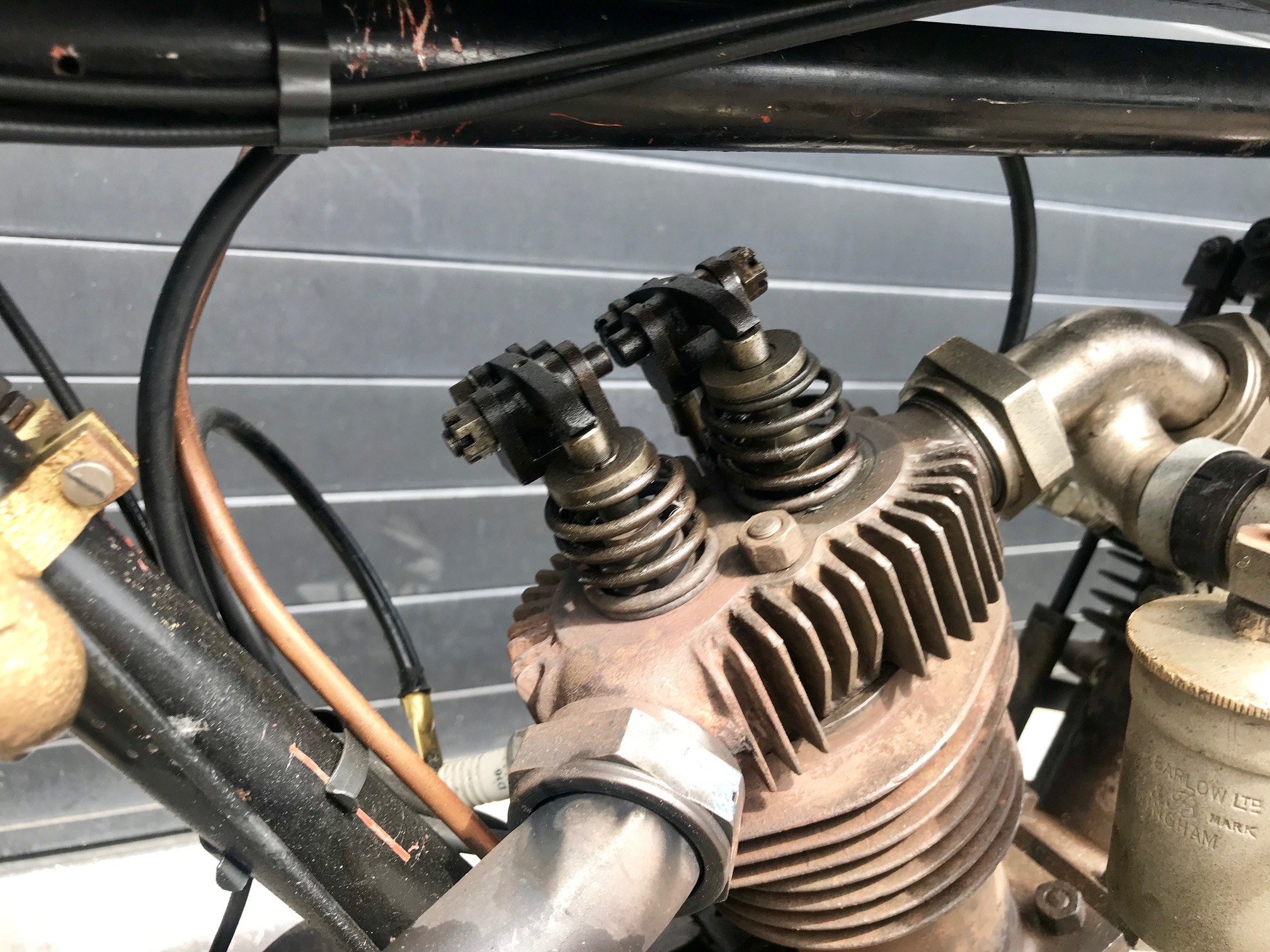 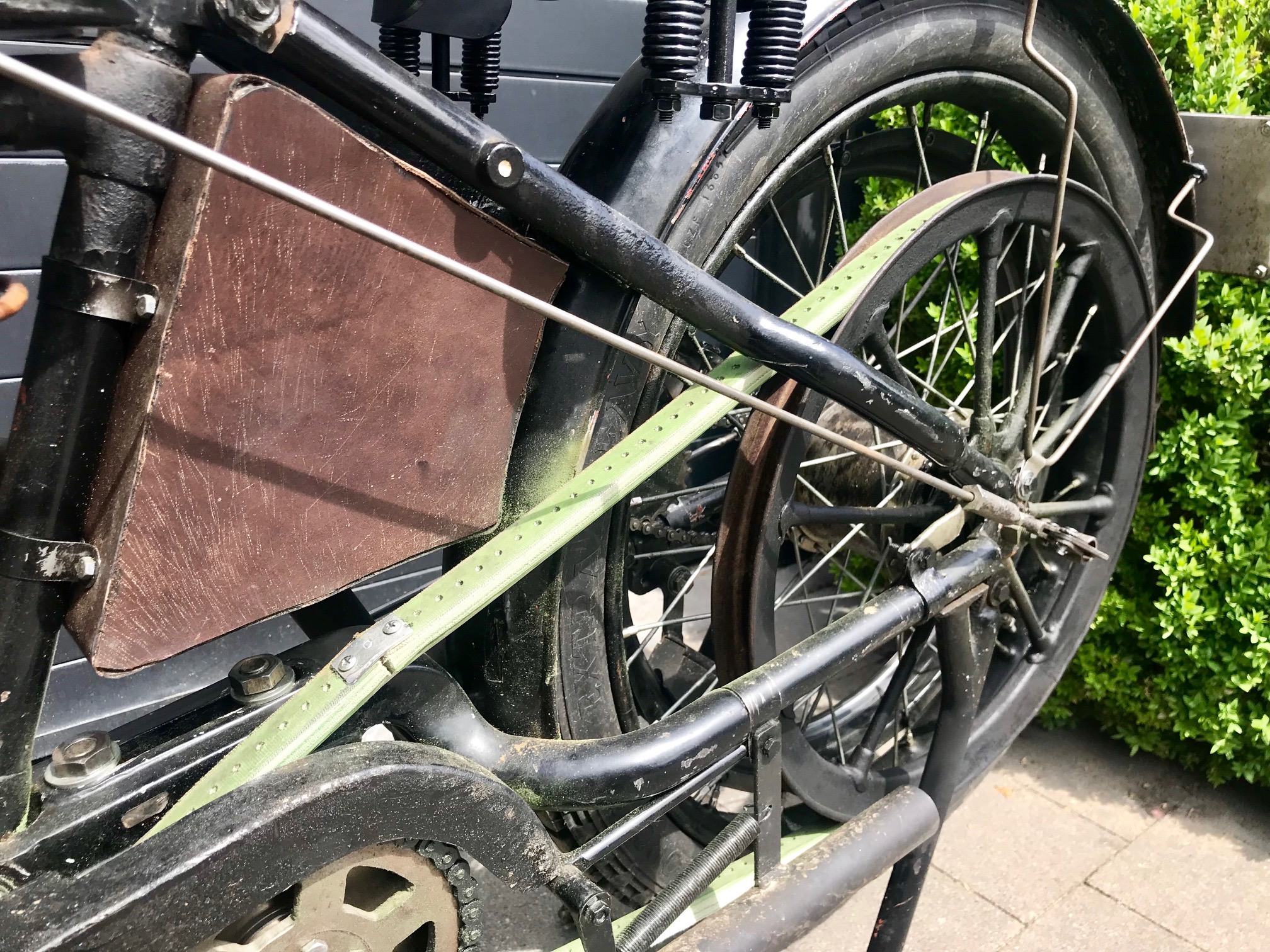