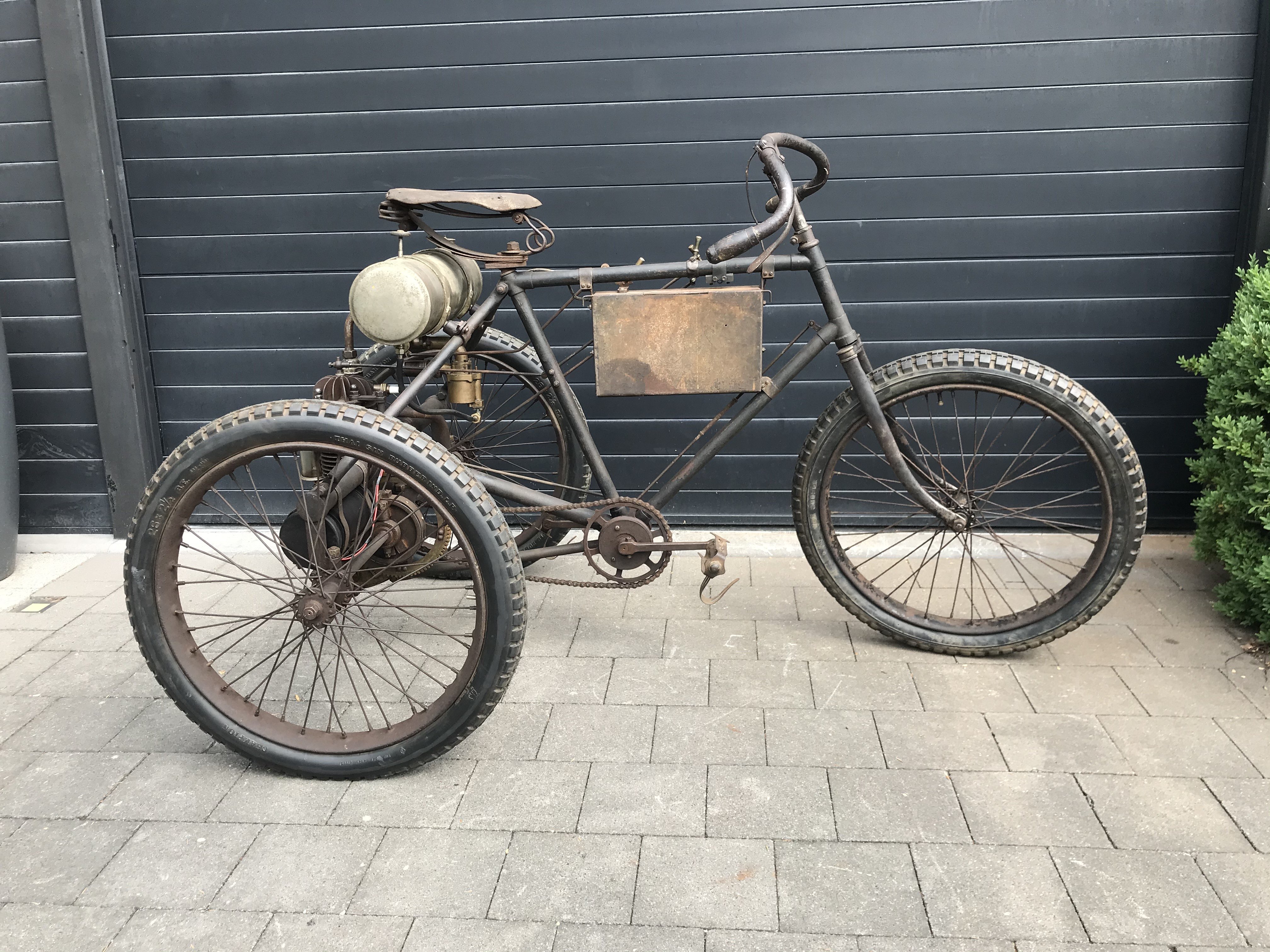 The success of tricycles arose after a murder in St. Denis in Paris, the editors of the "Petit Journal" heard that while the newspapers were almost printed. So they were too late. Jacques Andrée suggested that if he had had an automobile he could have delivered the news in time.
In order to convince the director of the reliability of a car over long distances, Jacques had proposed the idea of organizing a competition through the newspaper. For a money price there would be enough participants. The first race was in July 1894 Paris-Rouen (126km) and the winner received 5000 gold francs from "Petit Journal". And they came, +/- 120 participants with cars on compressed air, turned up springs, electricity, gas or petrol engines and steam cars.
The petrol cars won the most prizes, which led Count de Dion to build petrol engines for competitions with his partner Bouton. These engines could be bought by anyone.
Following this competition, Count de Dion formed a committee to organise the Paris-Bordeaux race in 1895.
"Petit-Journal" director Mrinoni feared criticism if accidents occurred and refused to participate in the committee. The committee was converted into a permanent one called "Automobile Club de France".
11 June 1895 Paris-Bordeaux-Paris (1192km) = 1st Grand Prix de l' A.C.F.
102 participants including Levassor who arrived first in Bordeaux with an average speed of 24km/h.
1896 - Bordeaux - Agen - Bordeaux
In this race also the new de Dion tricycles were competing.
The success of this race gave the Dion factory a lot of publicity and within the year this tricycle was the big French craze, especially in Paris. The Dion Bouton sold 15,000 tricycles in total and supplied the frame, rear axle and sometimes the engine to most other brands. This is how many other brands came into existence like this Damas.

This Damas has like most tricycles also the De Dion-Bouton rear axle but they have chosen for the engine of Le Sphinx. There are currently only 4 engines known from Le Sphinx. 1 separate engine 2 in a motorcycle and this is the only one known in a tricycle. The engine for the tricycle is also slightly different than the motorcycle engine. Le Sphinx engines were fast (??) and sportive engines that one sees on old pictures only in race engines and in stayer motorcycles. This Damas is such an old racing tricycle with the sport engine, racing handlebars and course pedals. 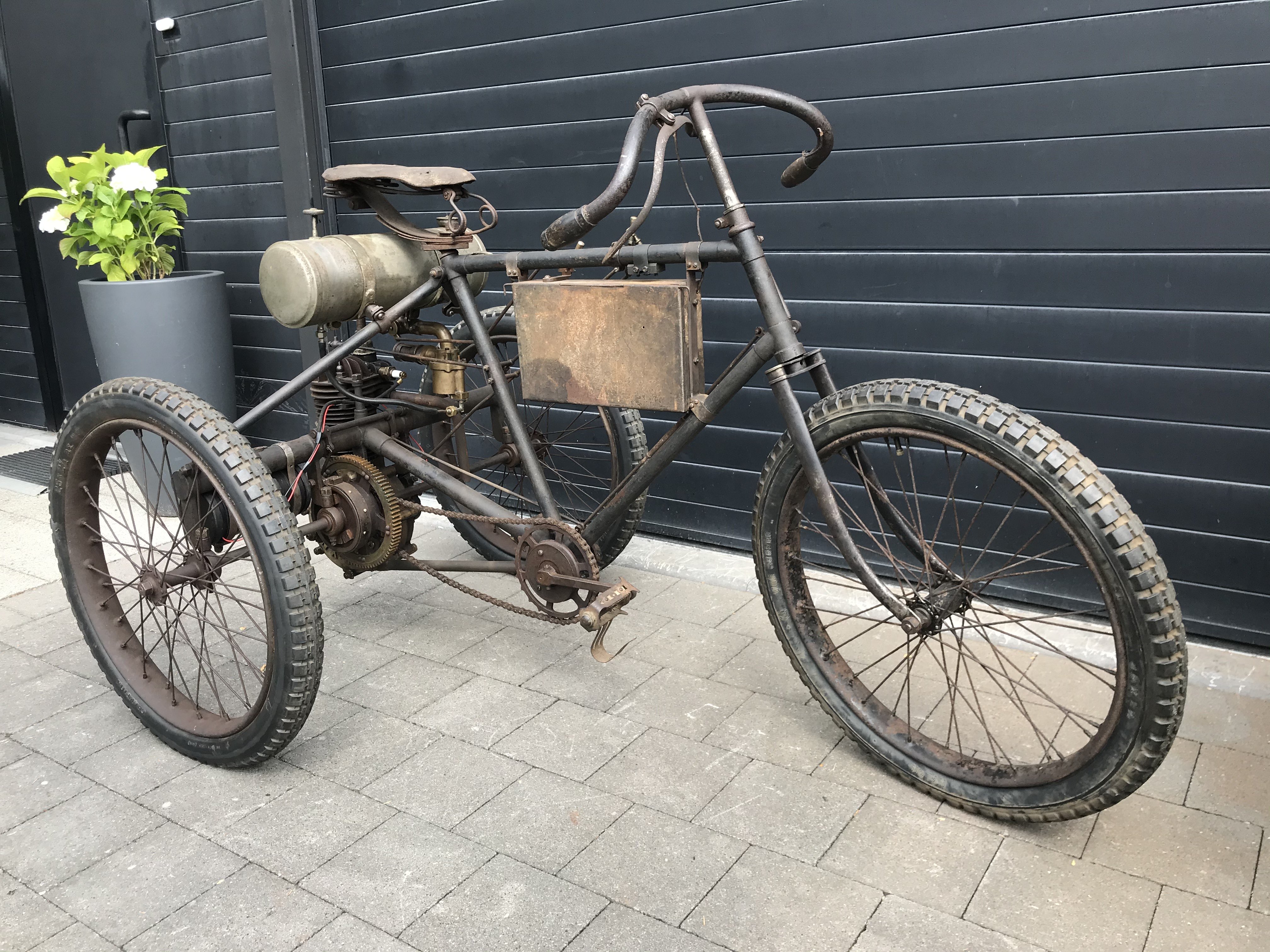 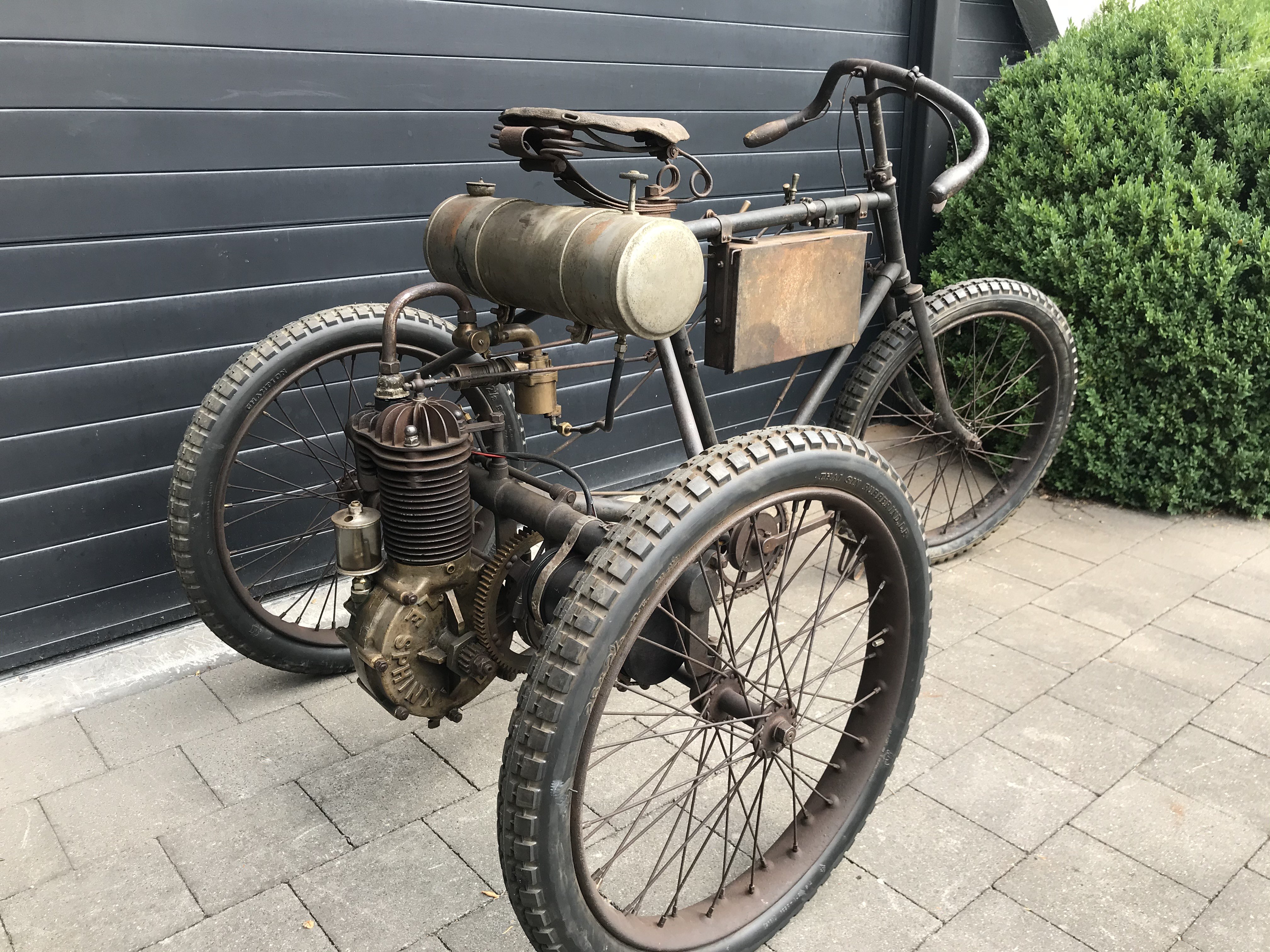 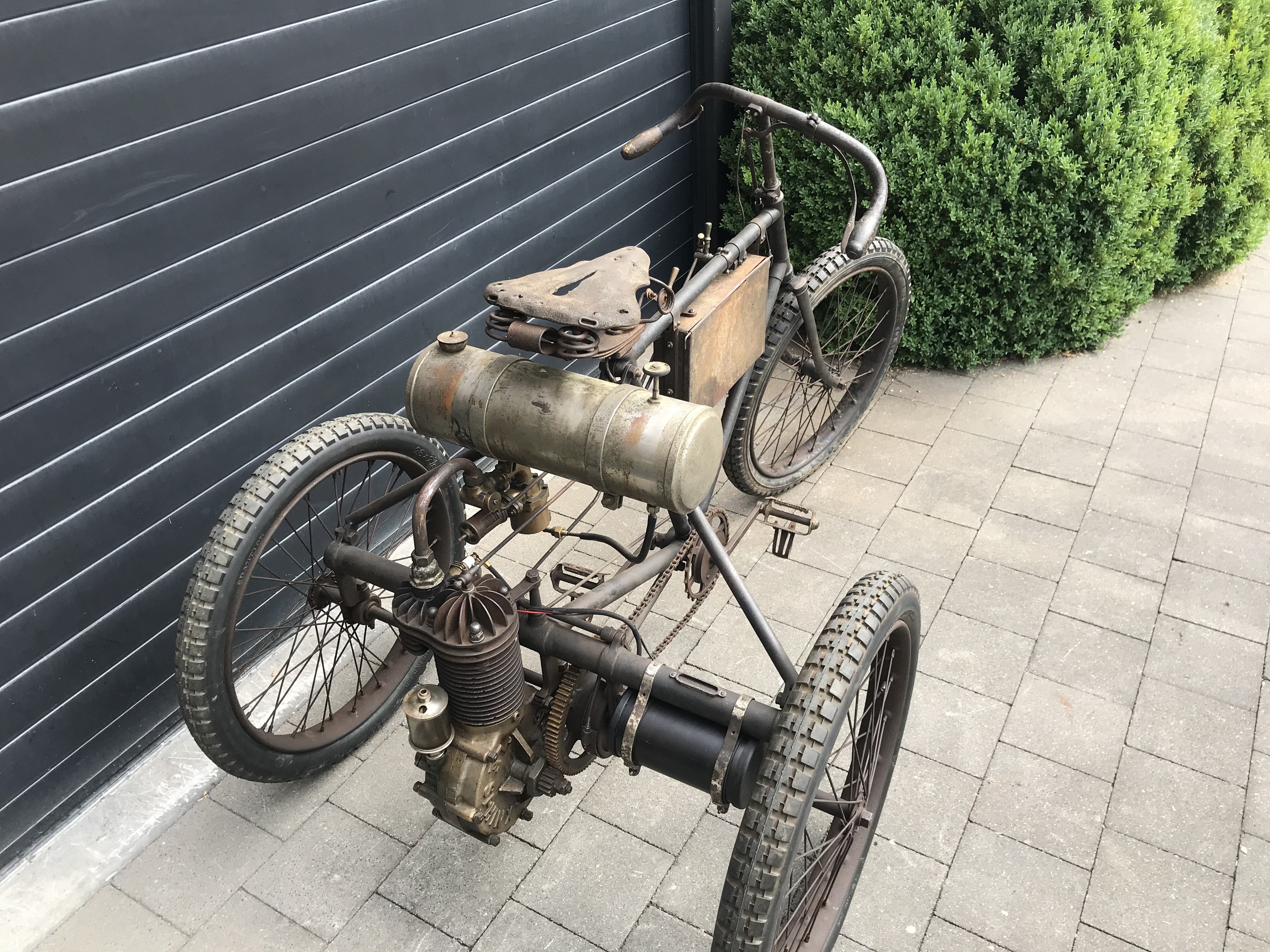 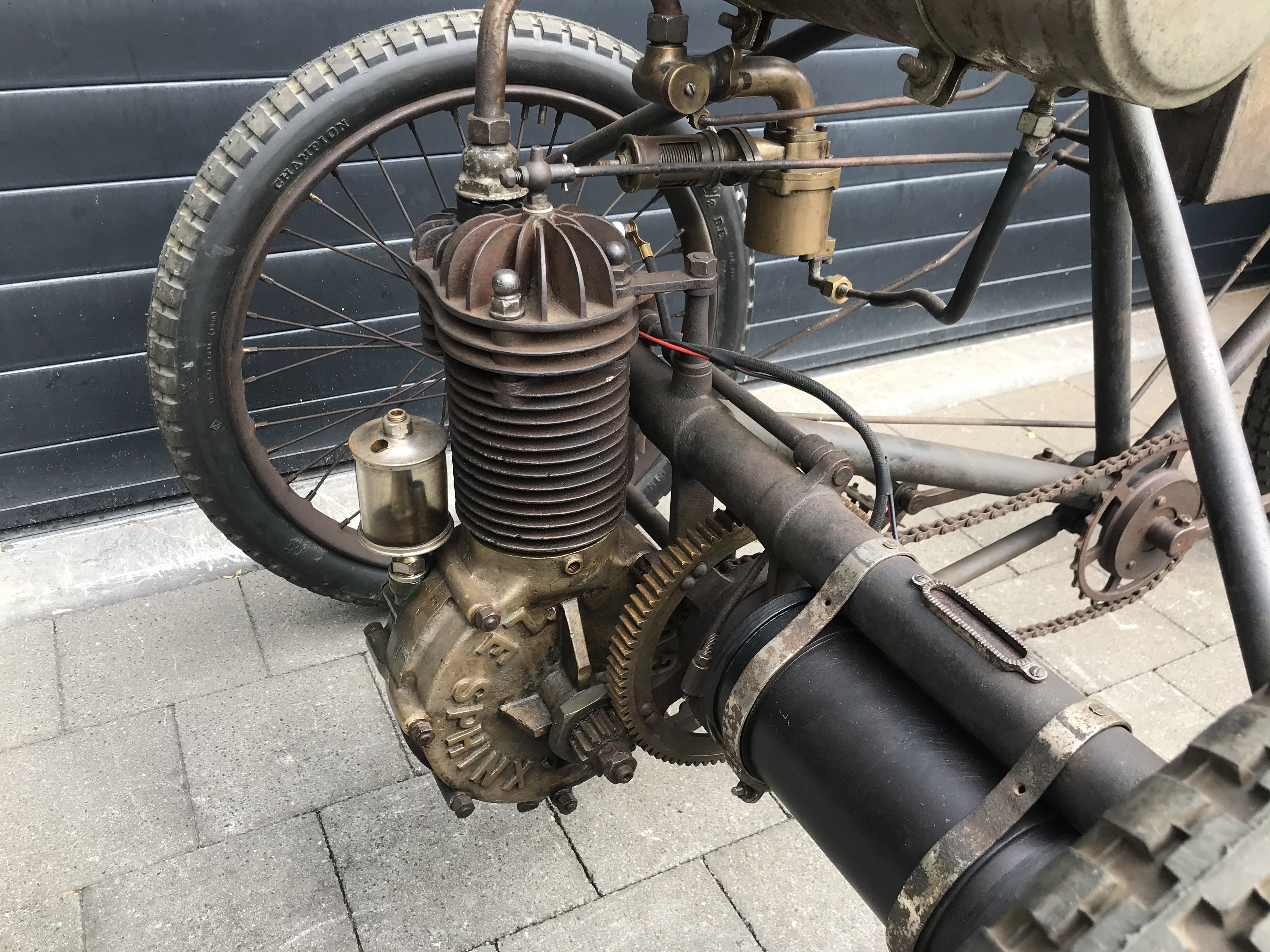 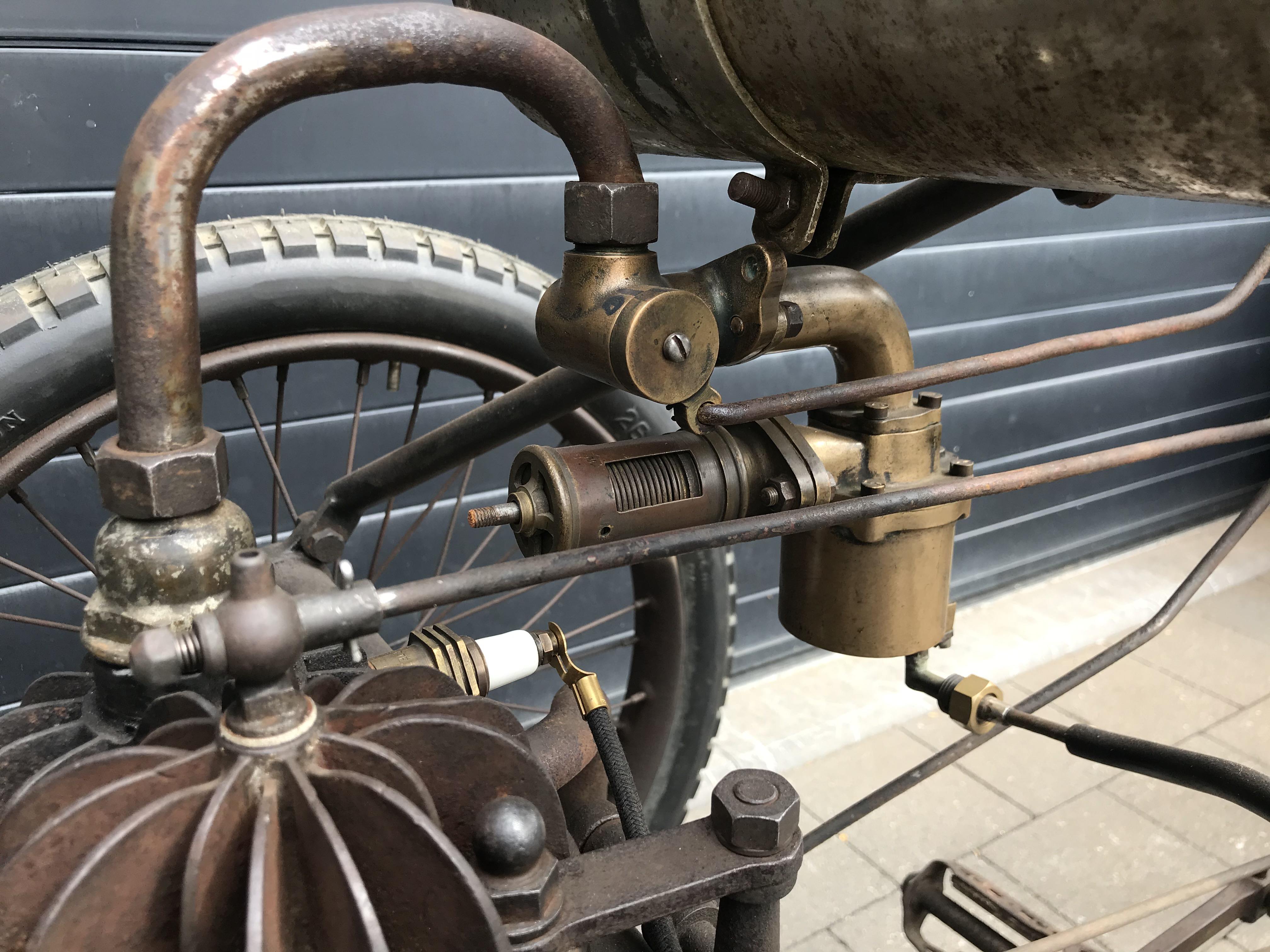 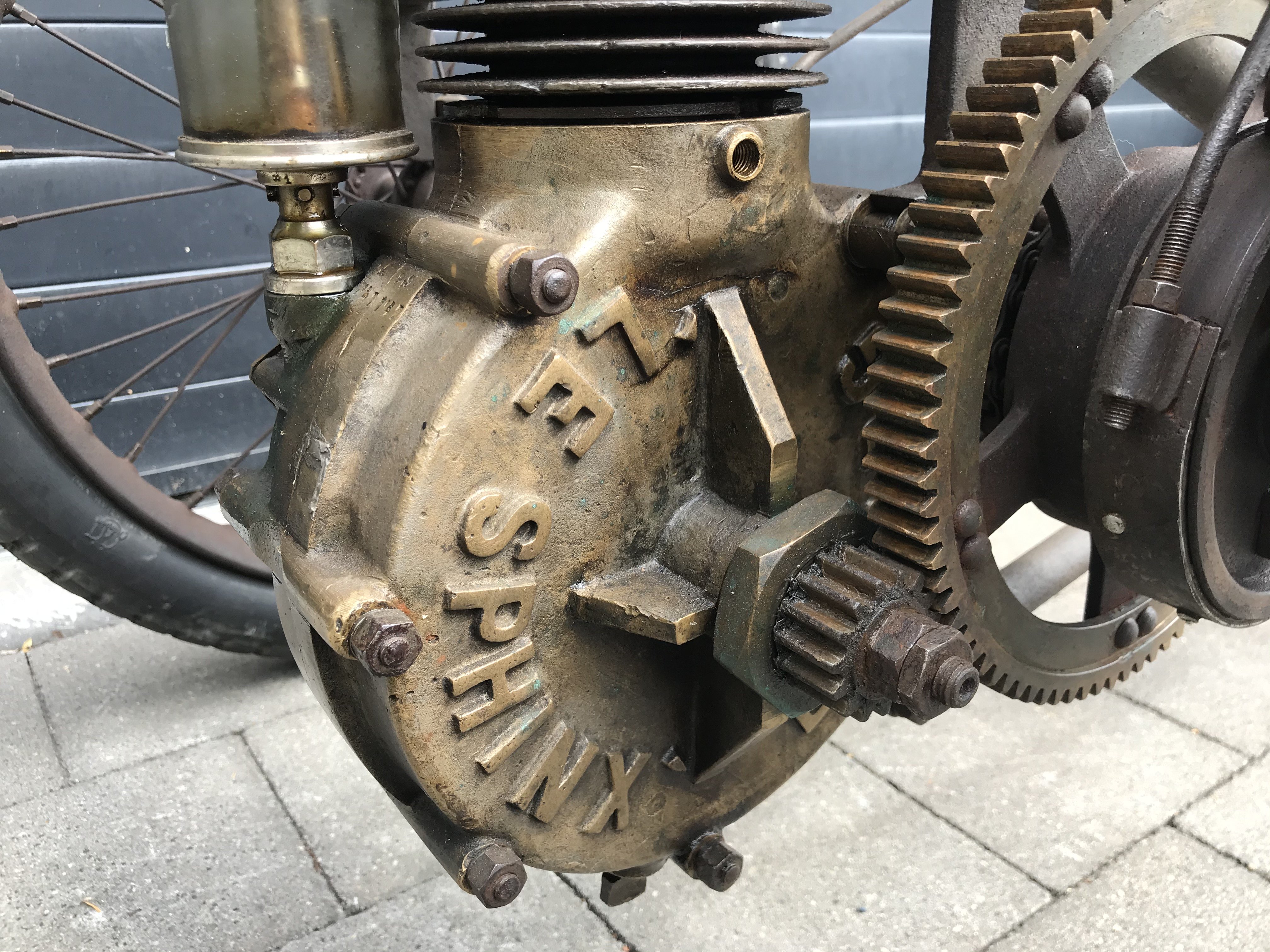 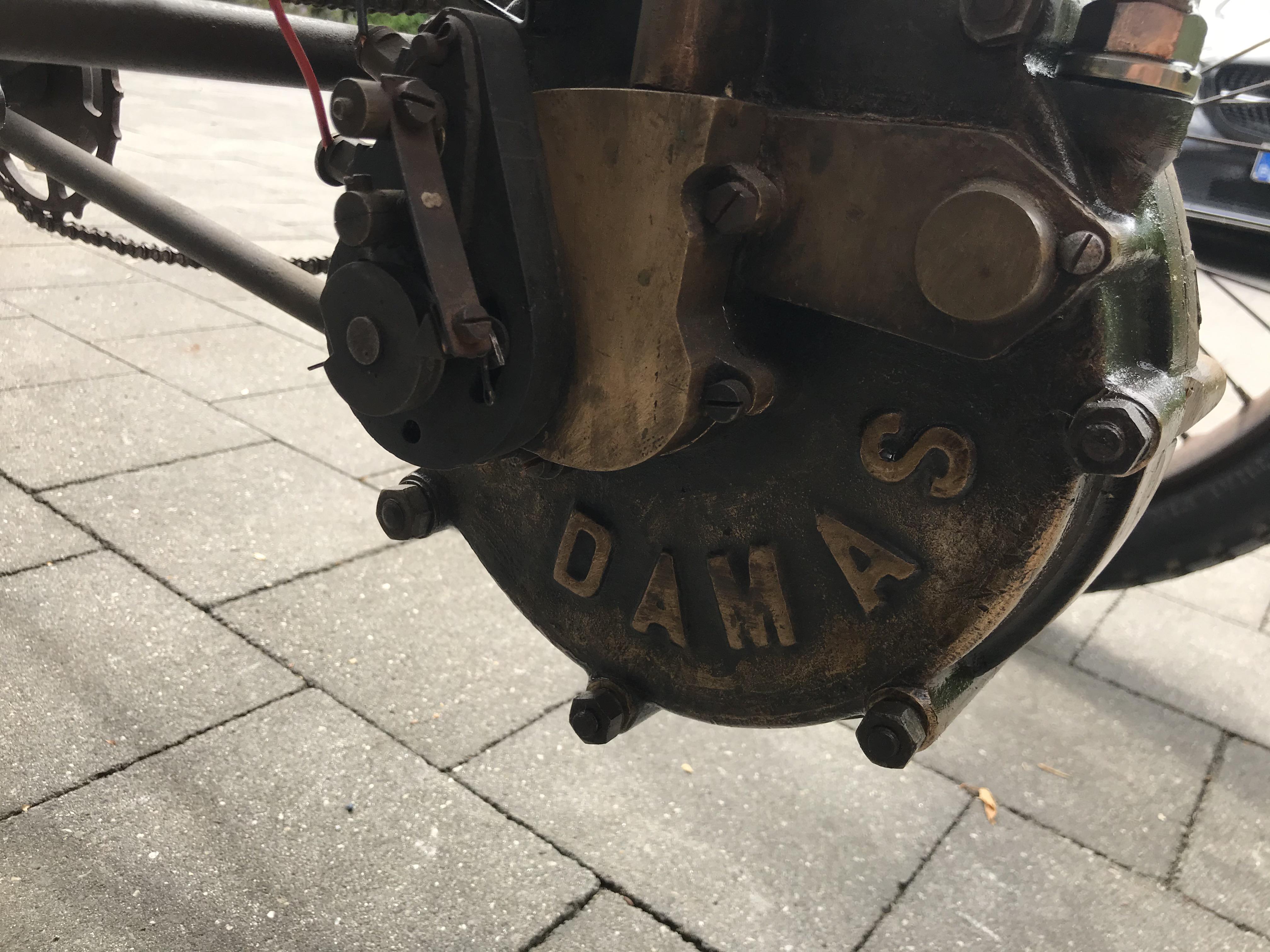 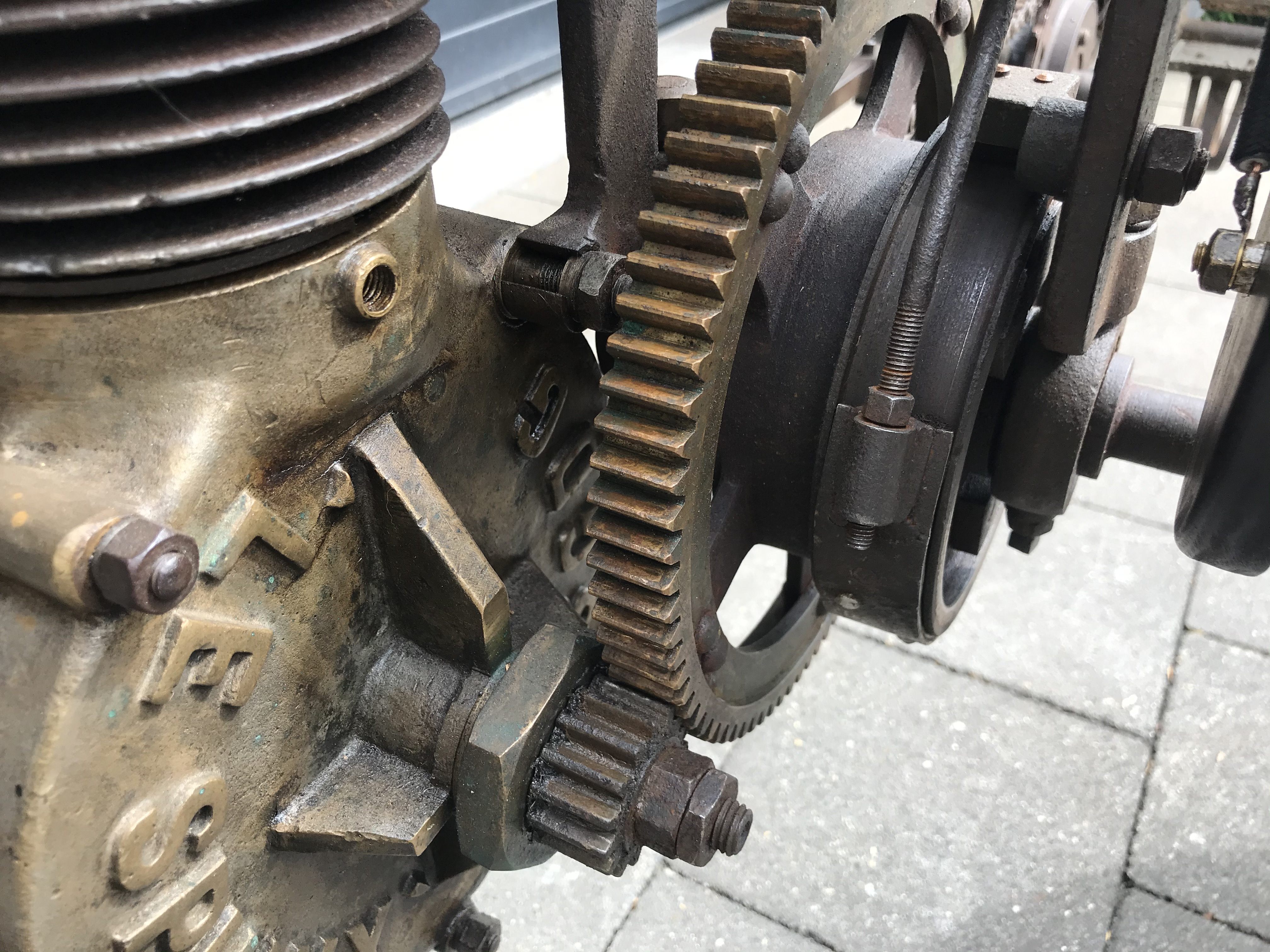 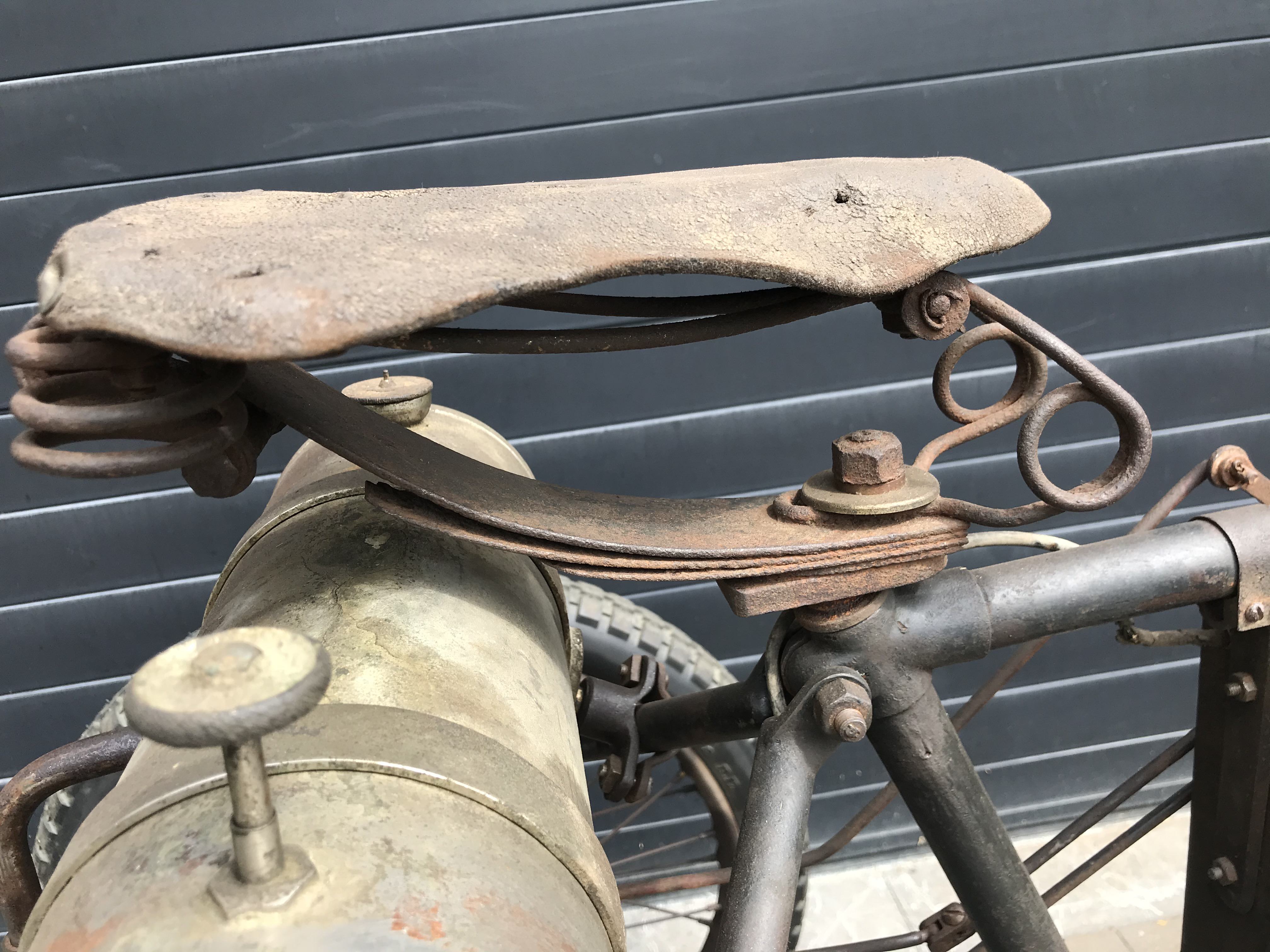 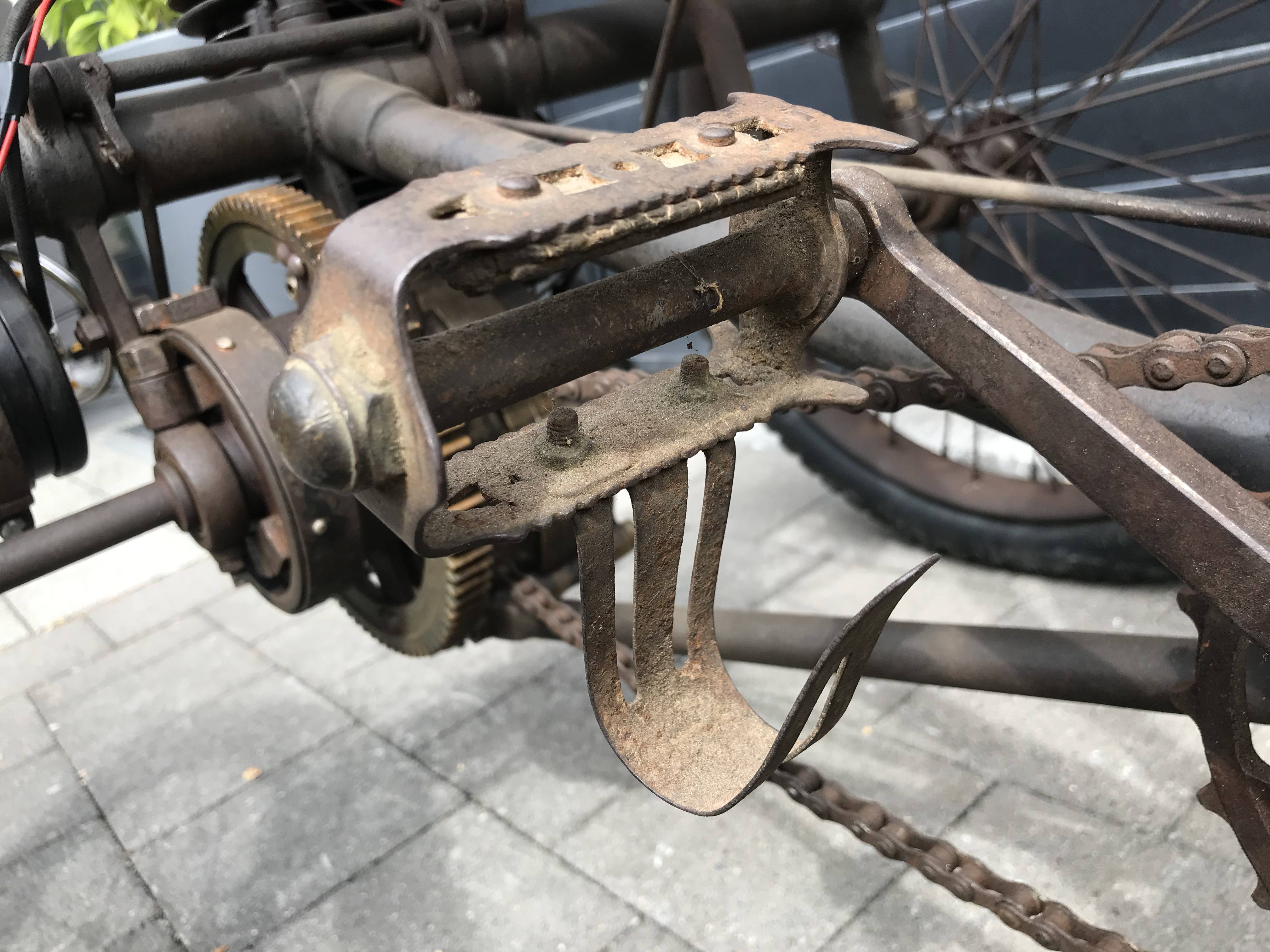 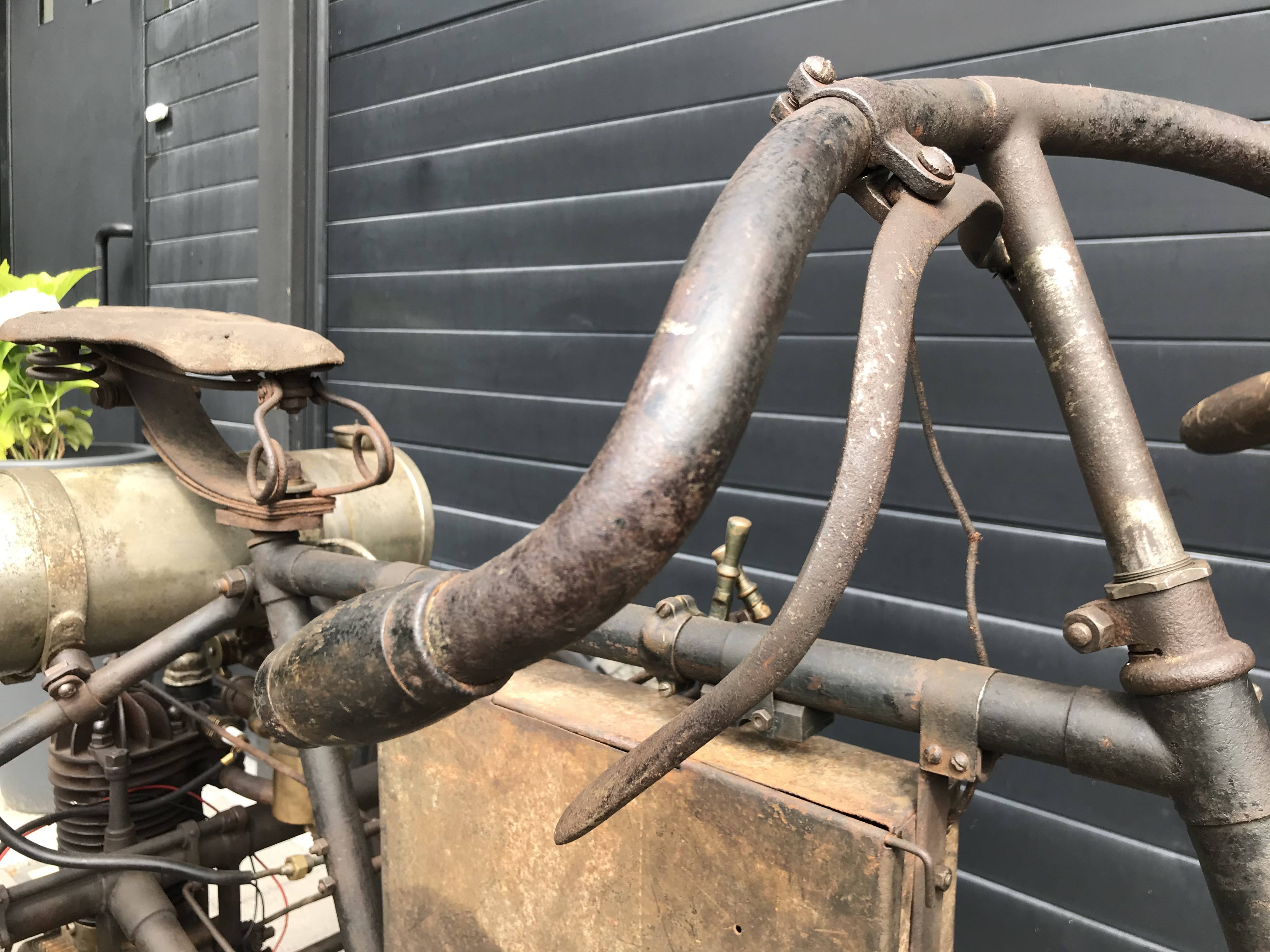 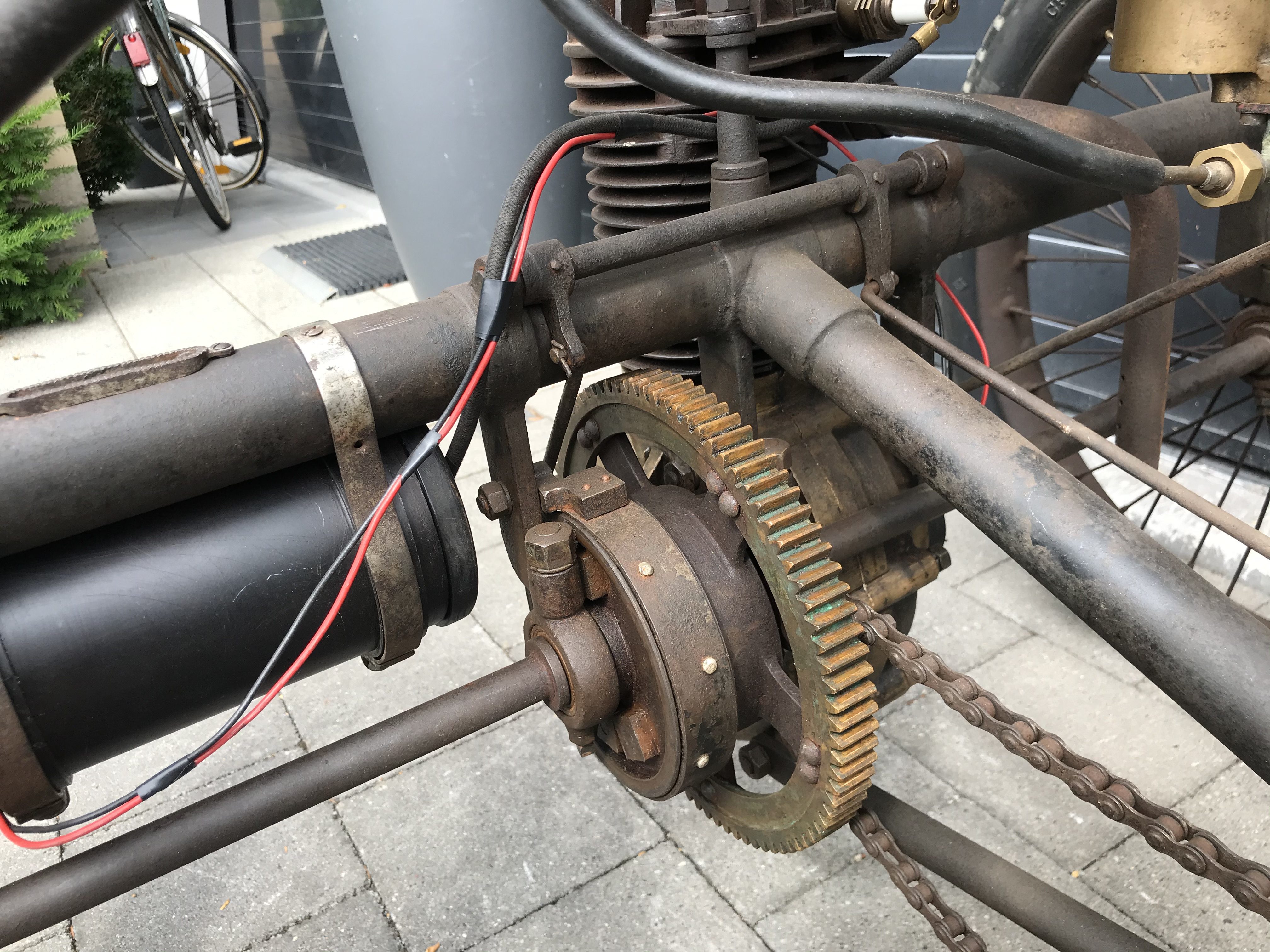 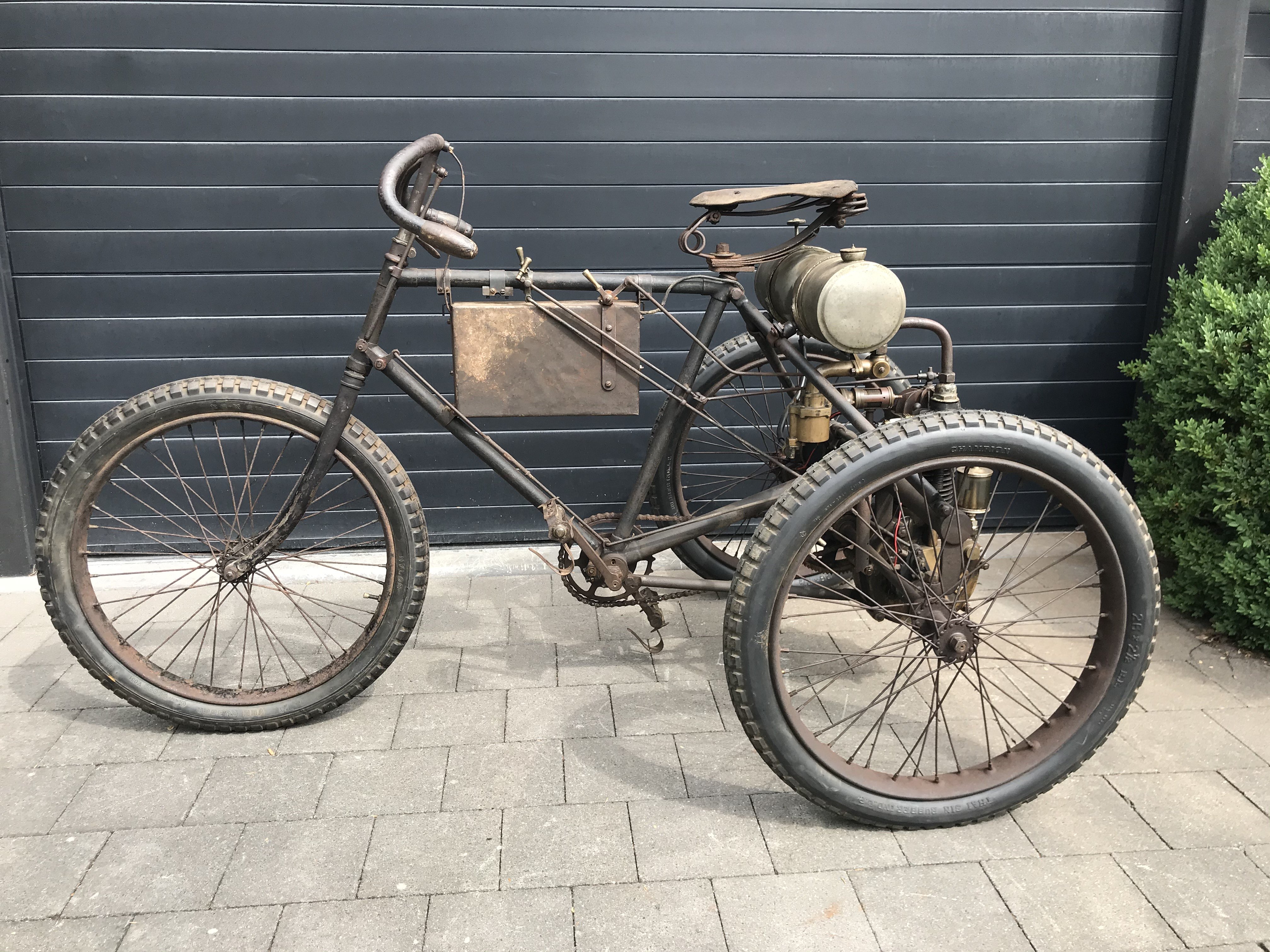 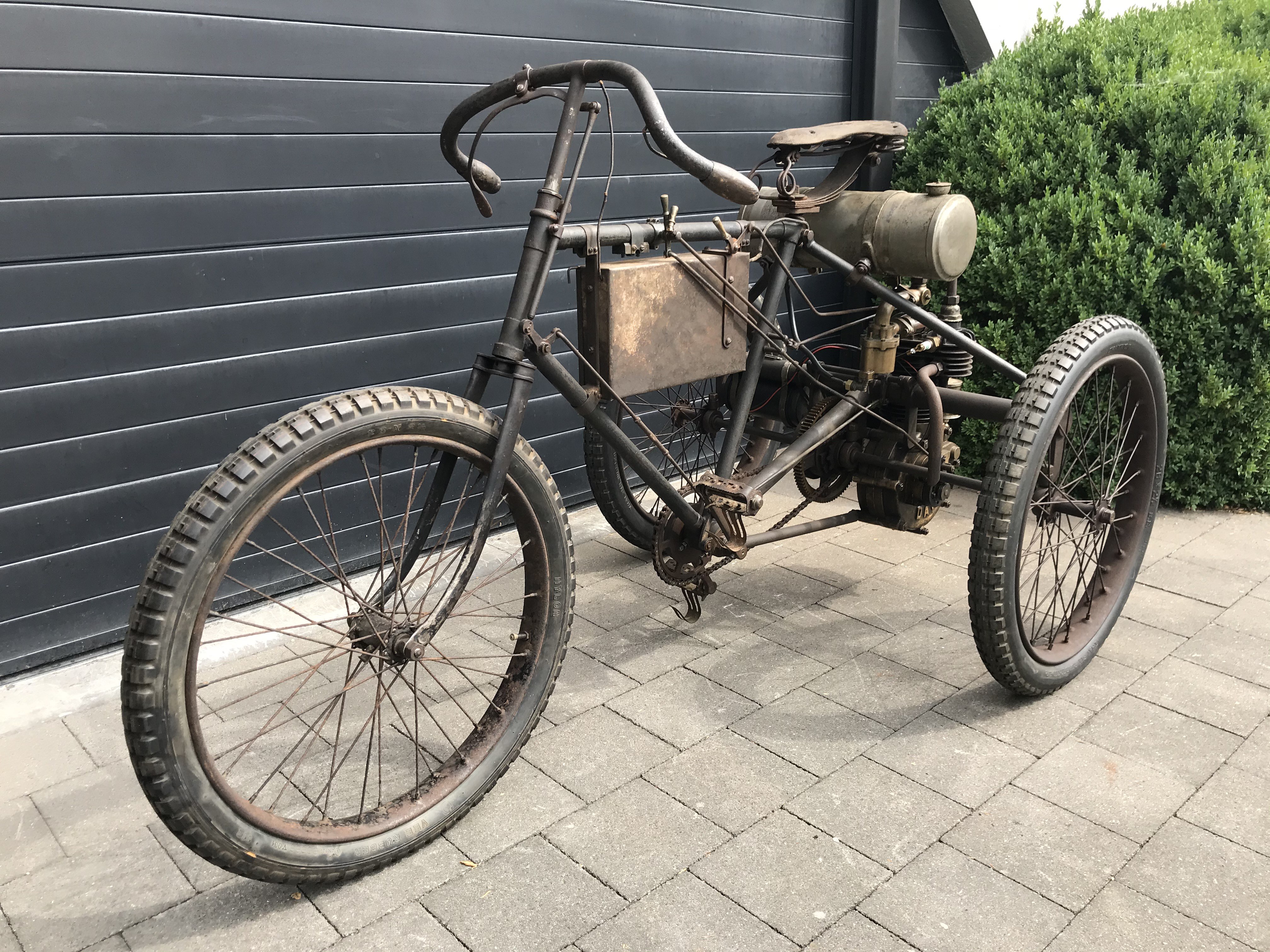 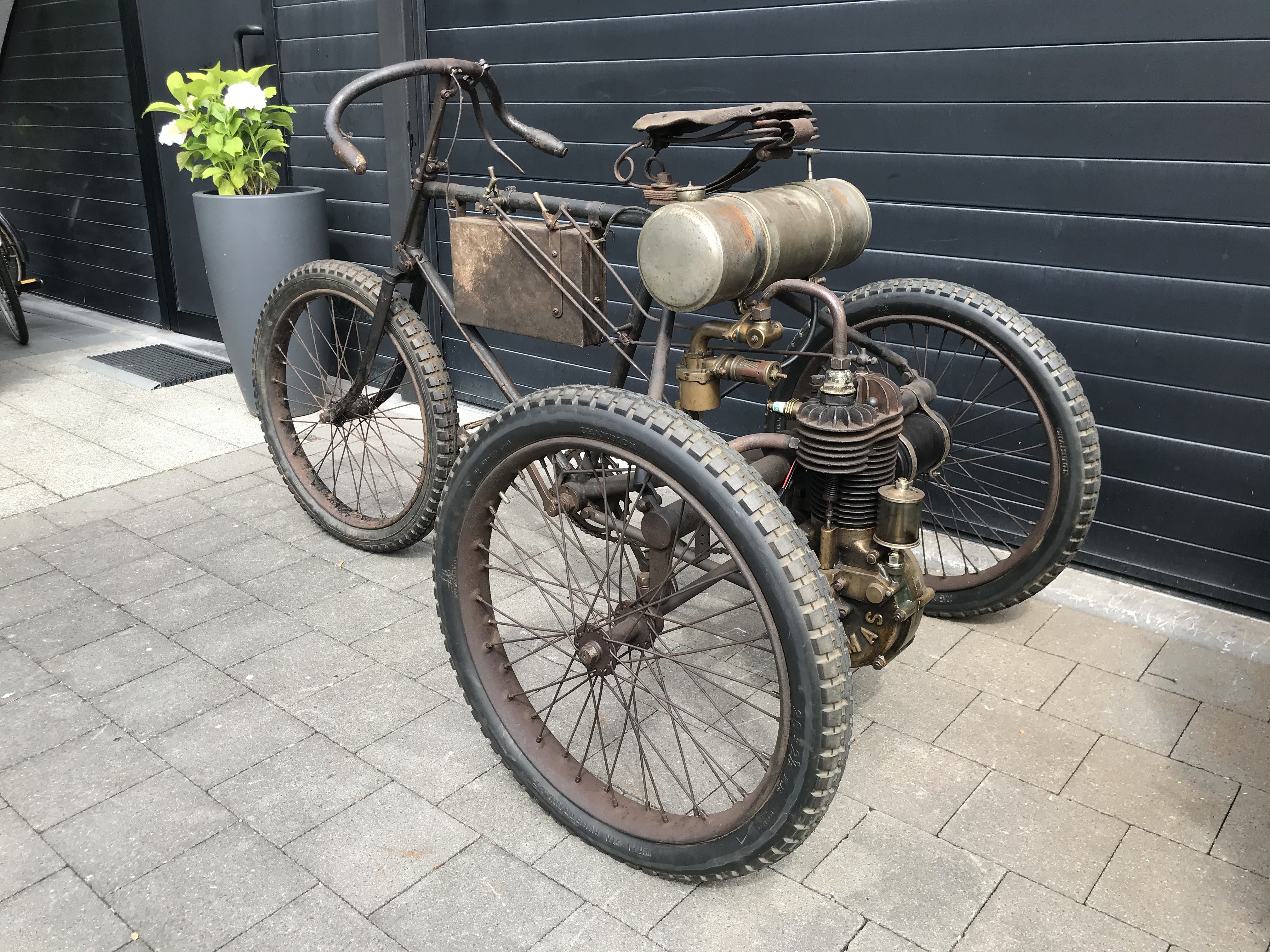 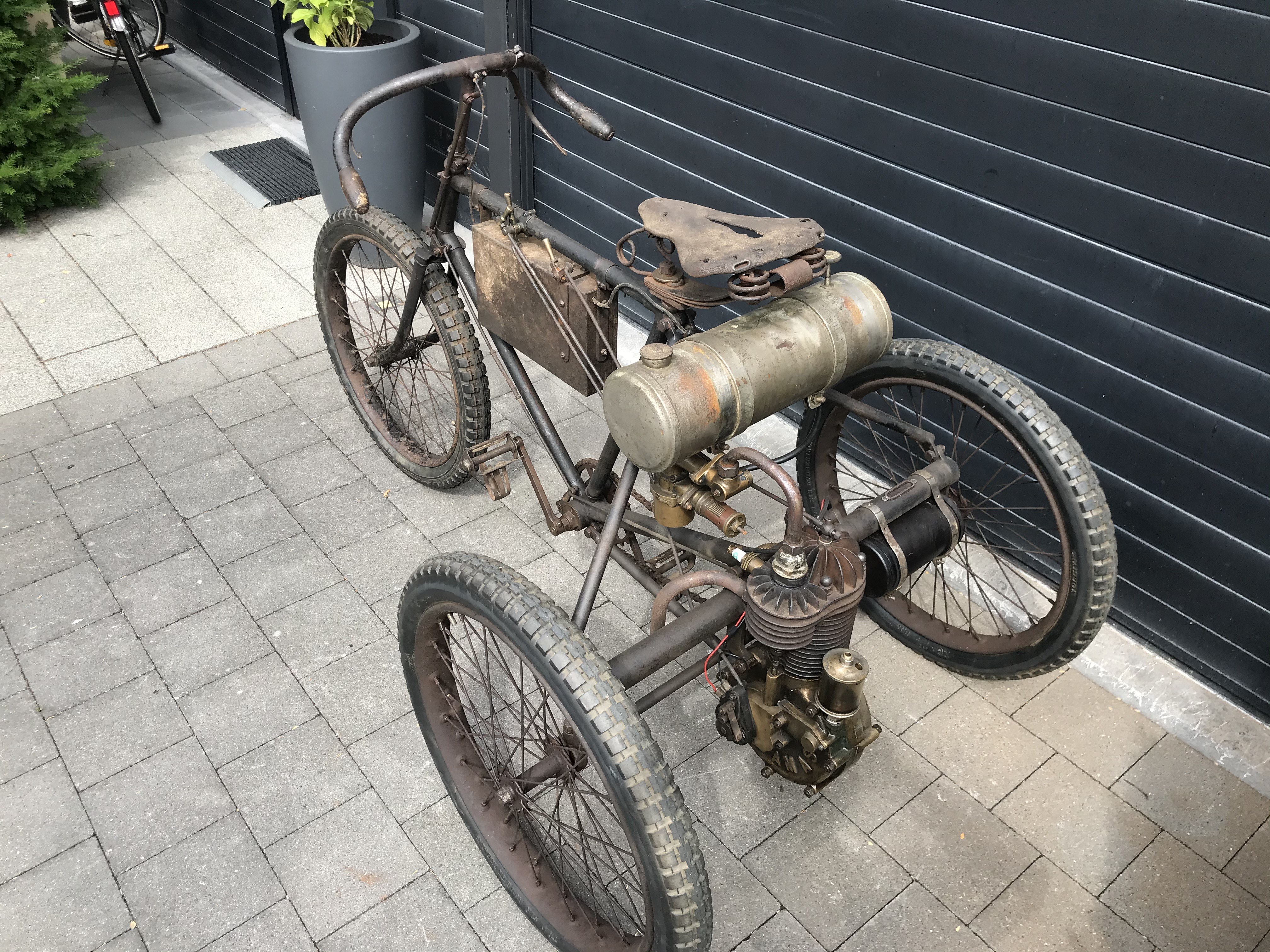 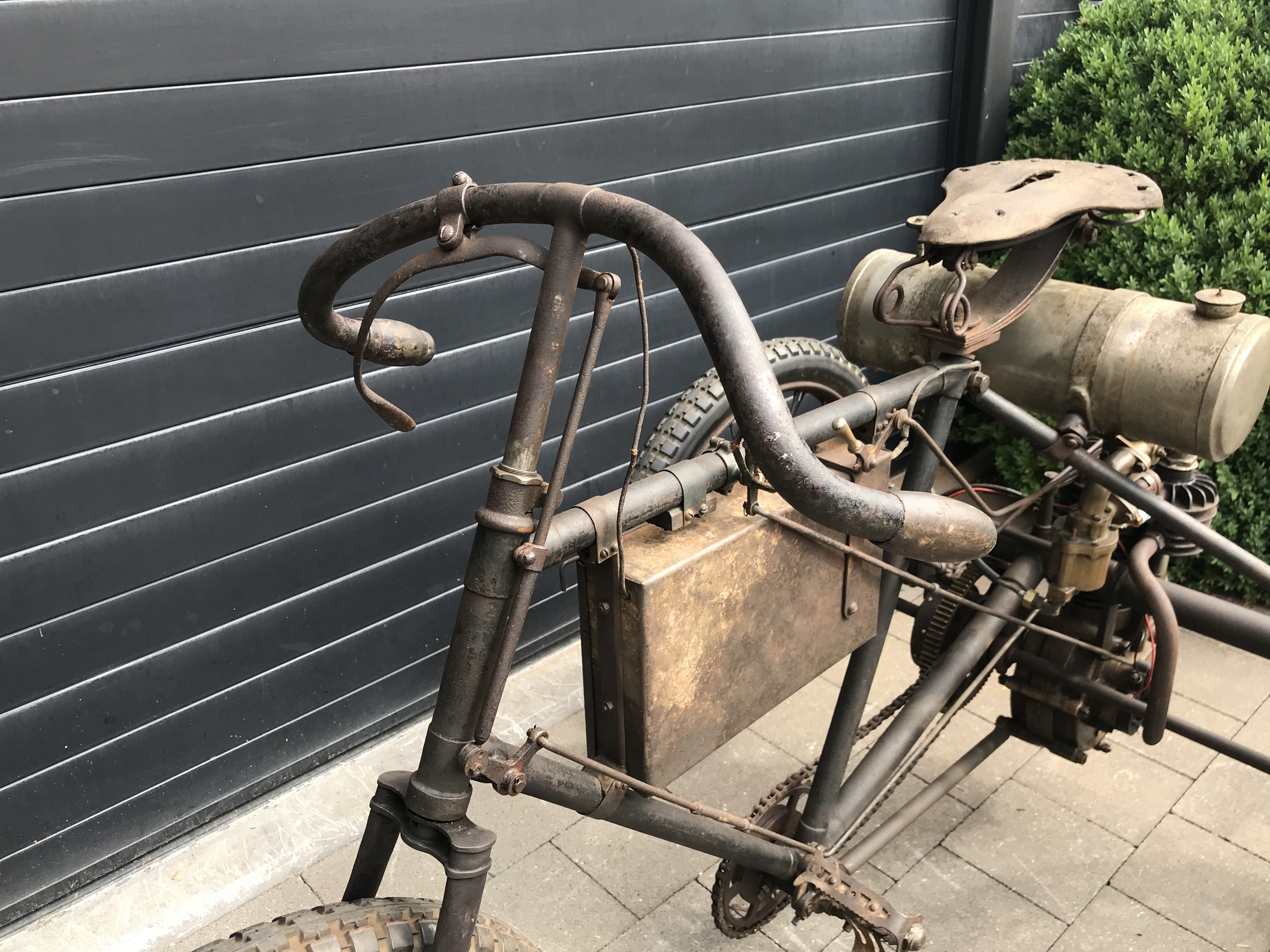 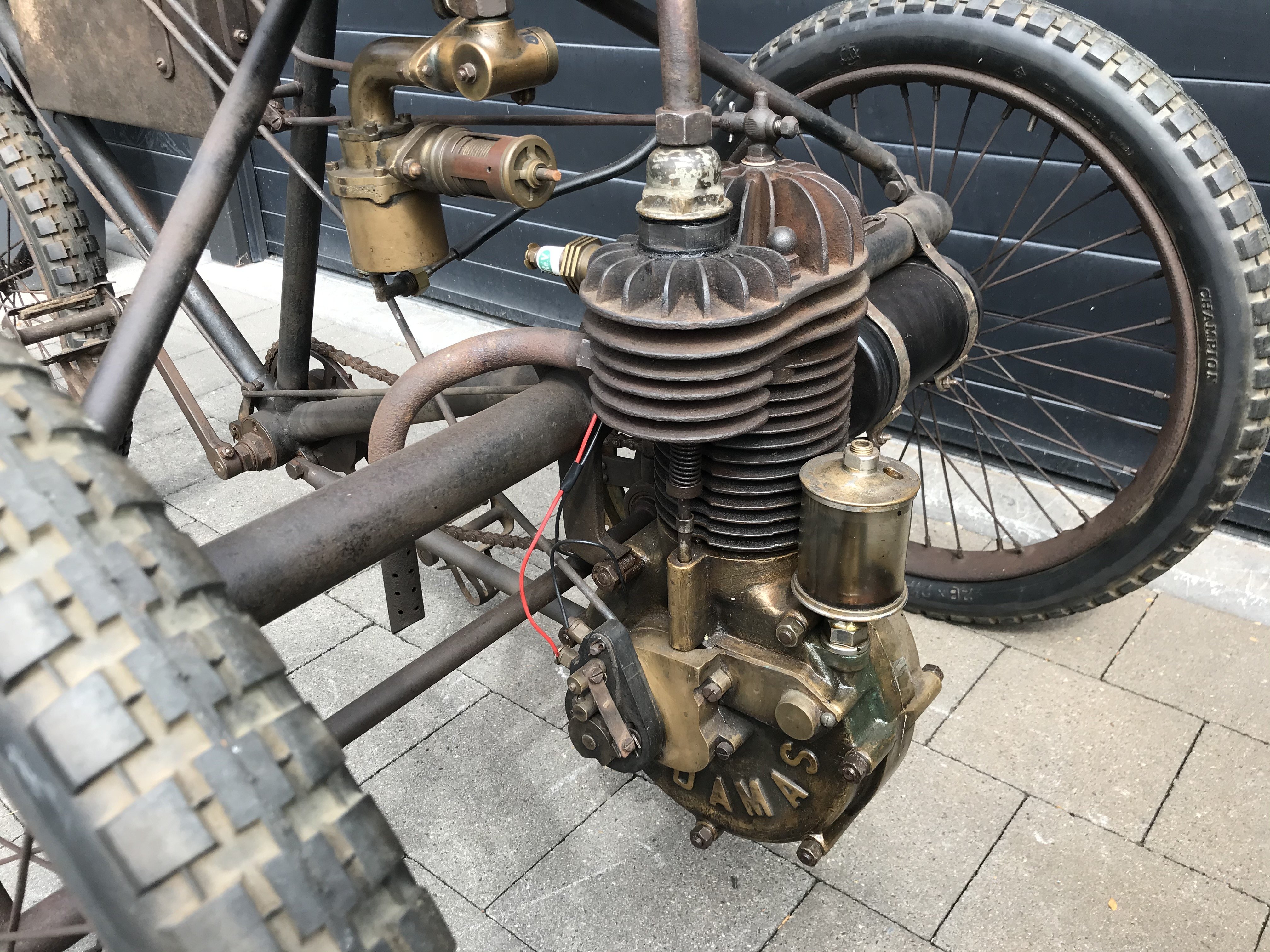 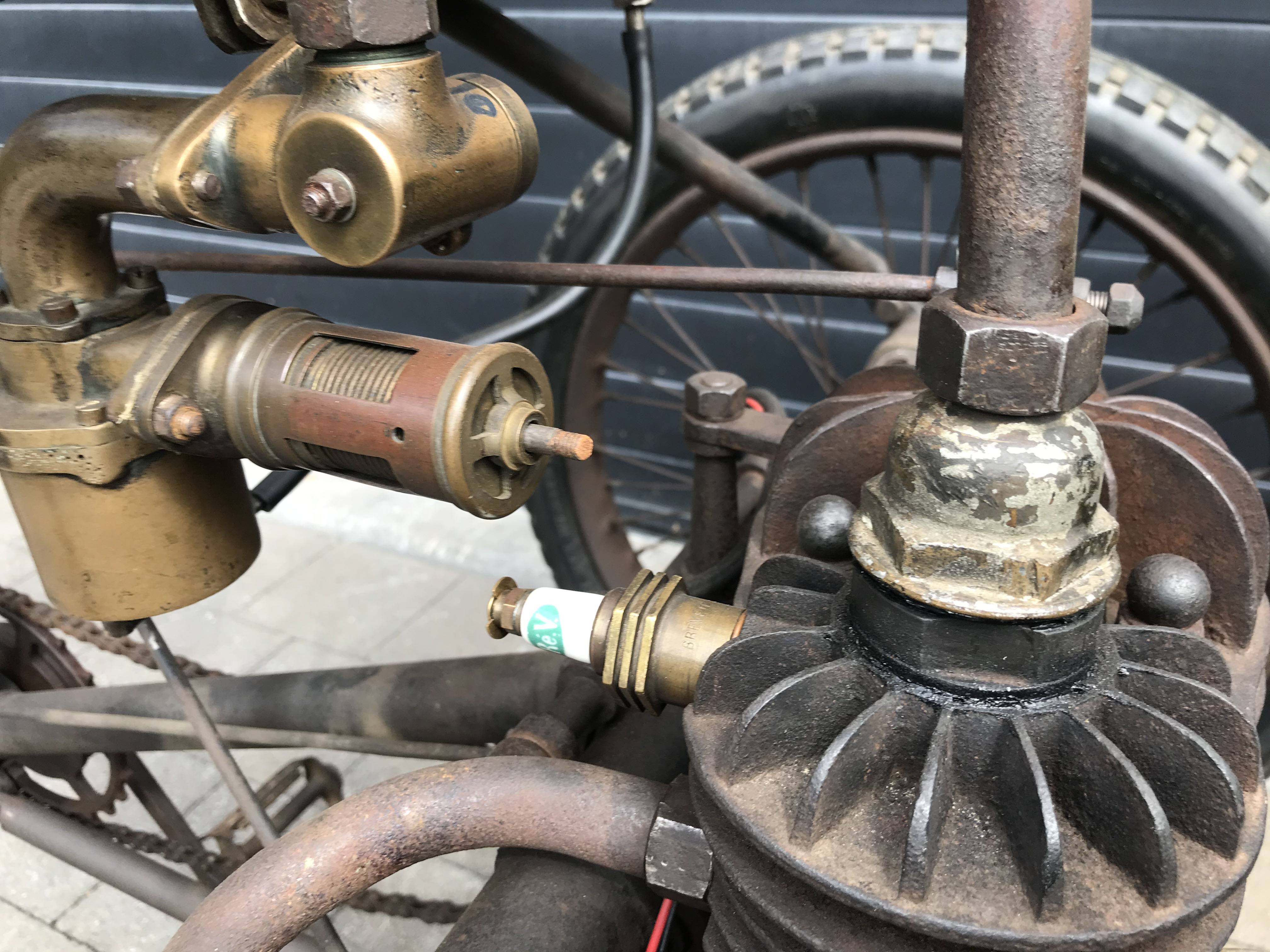 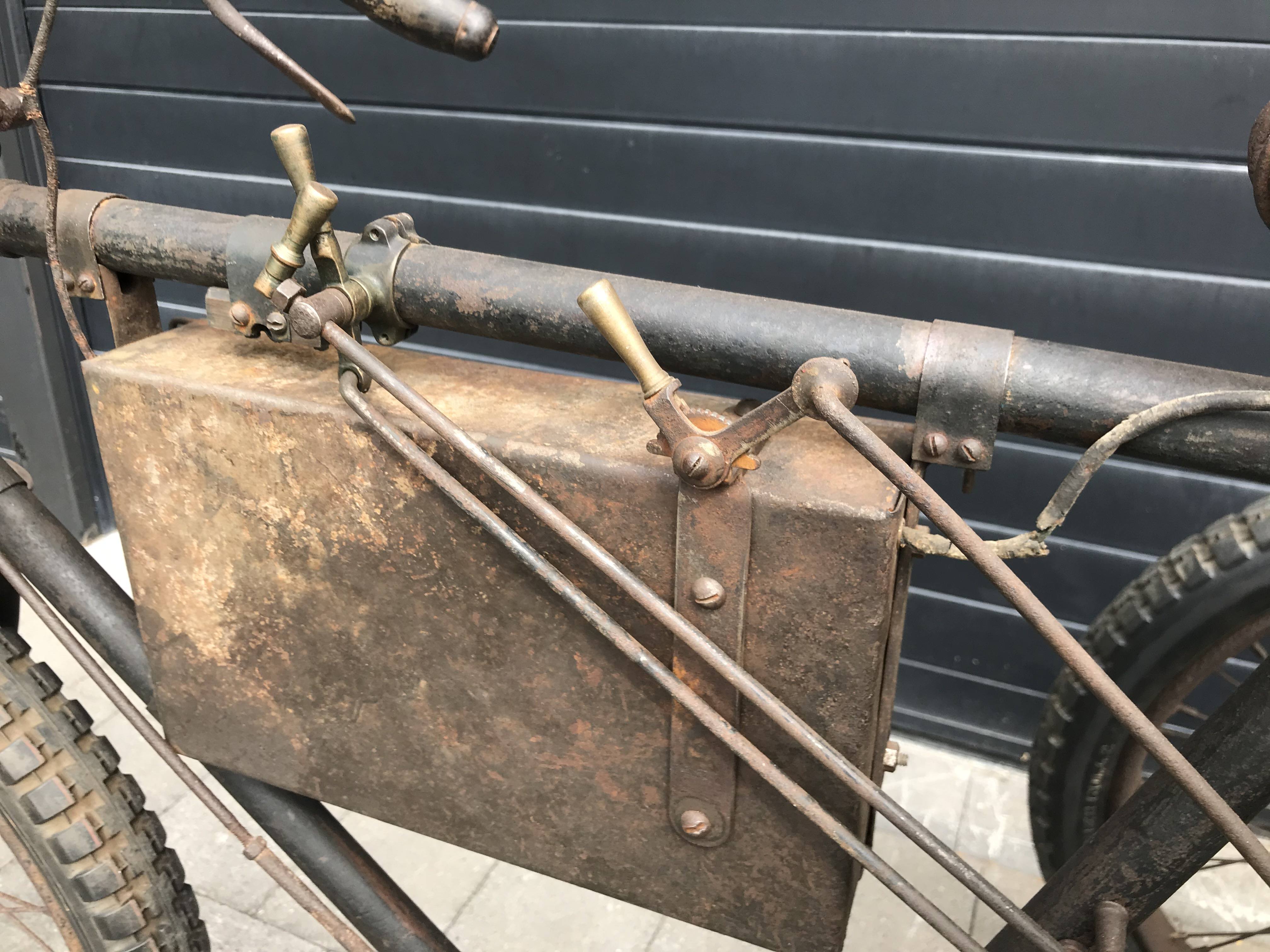 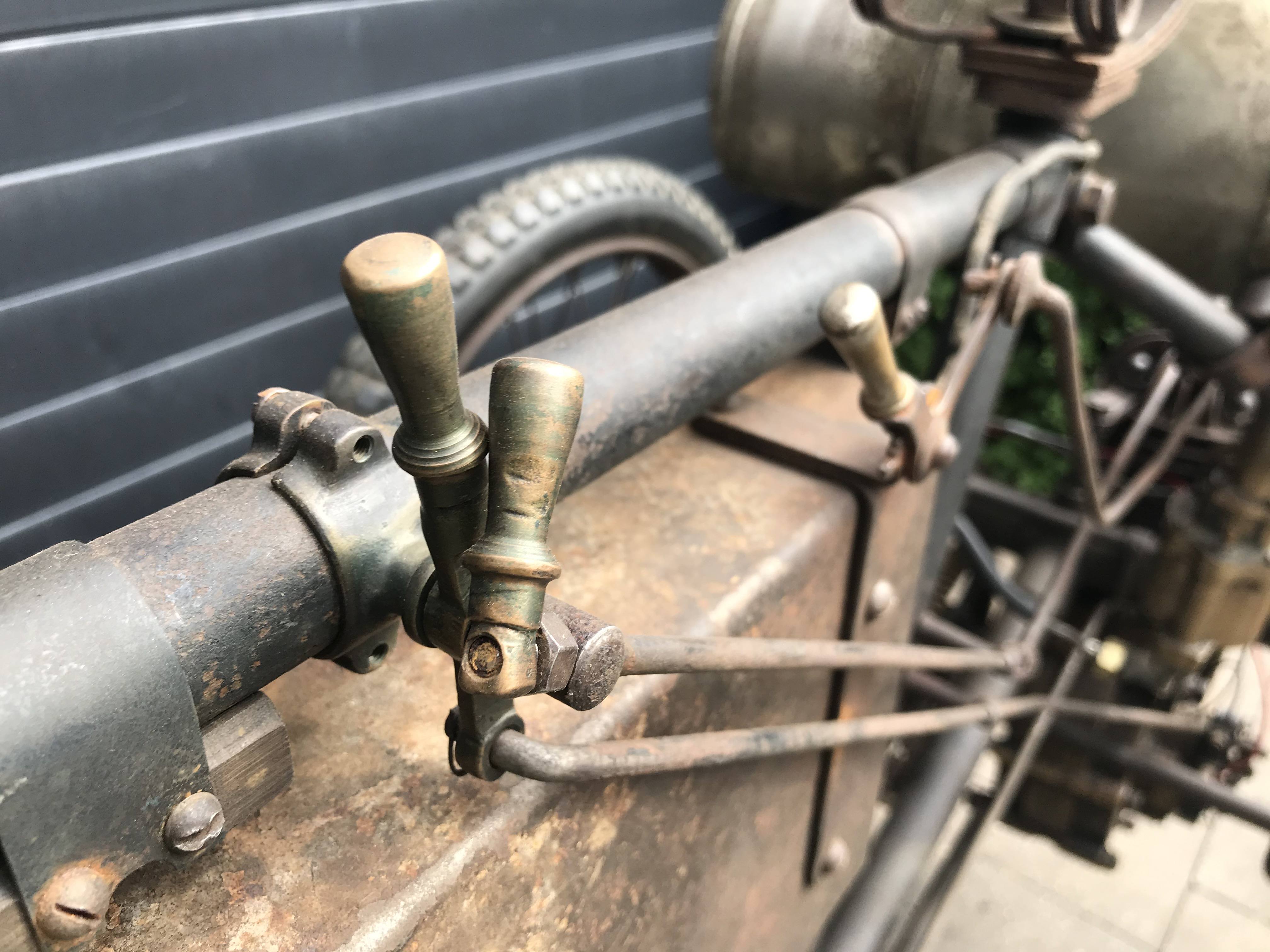 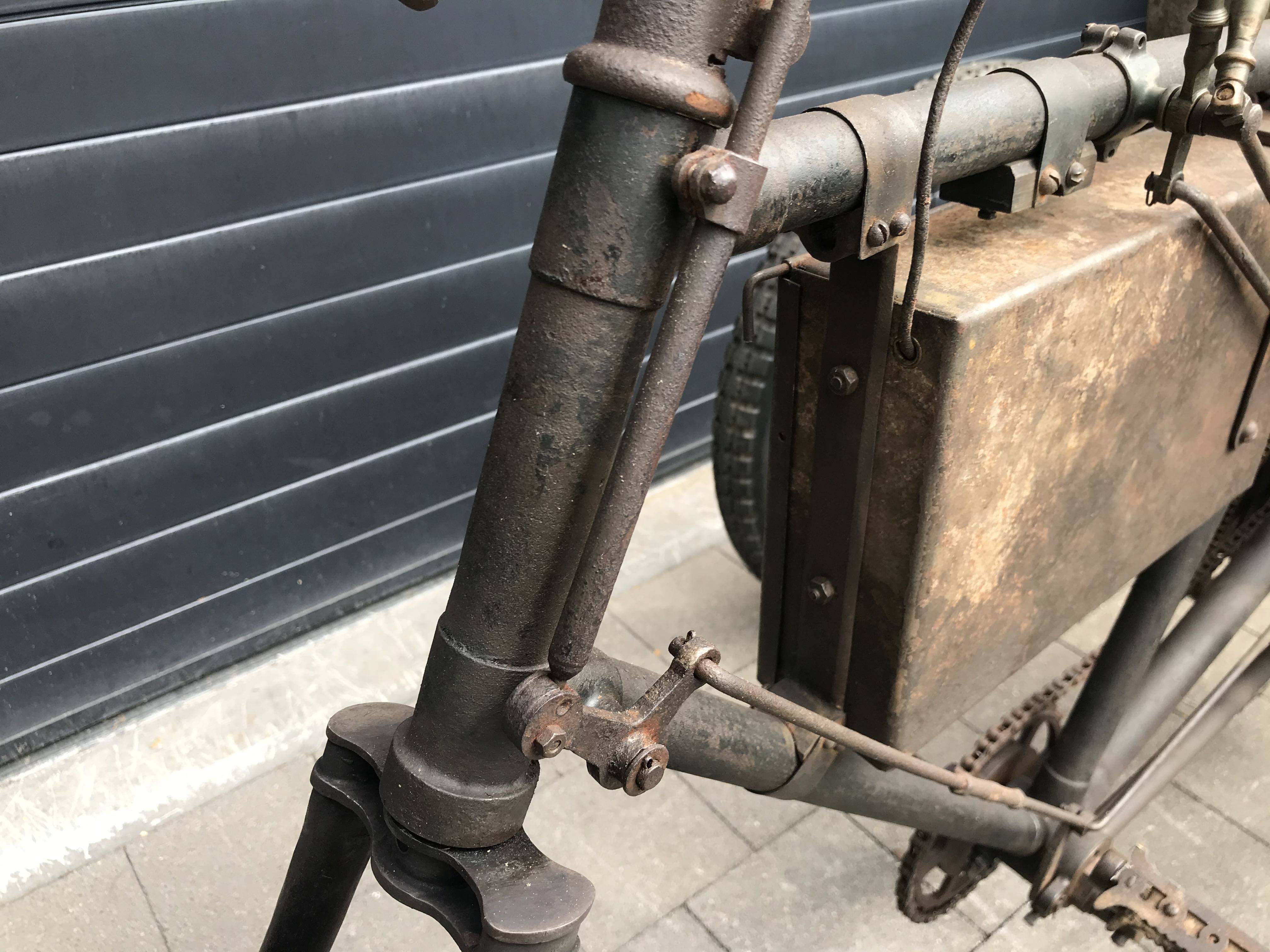 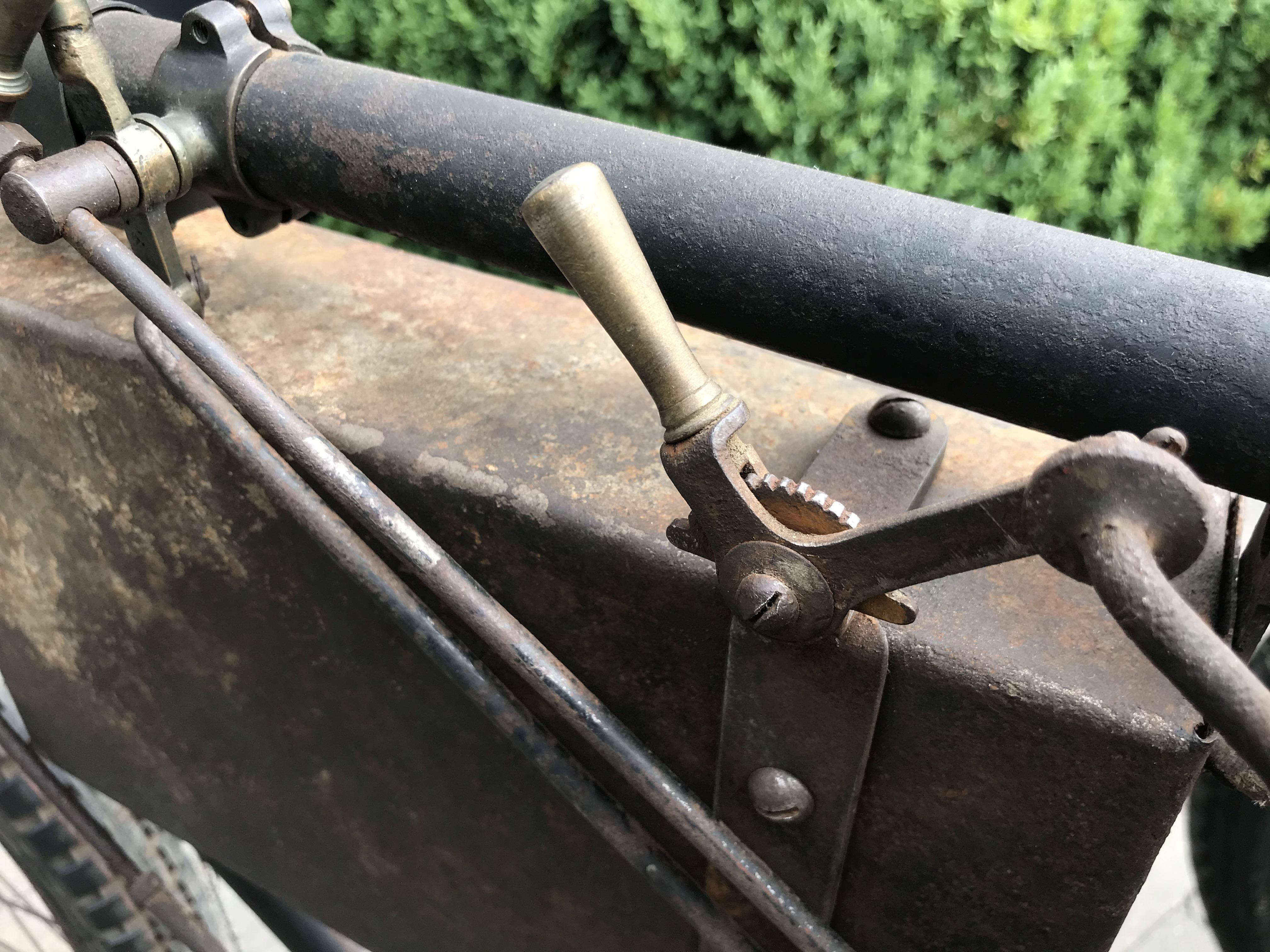 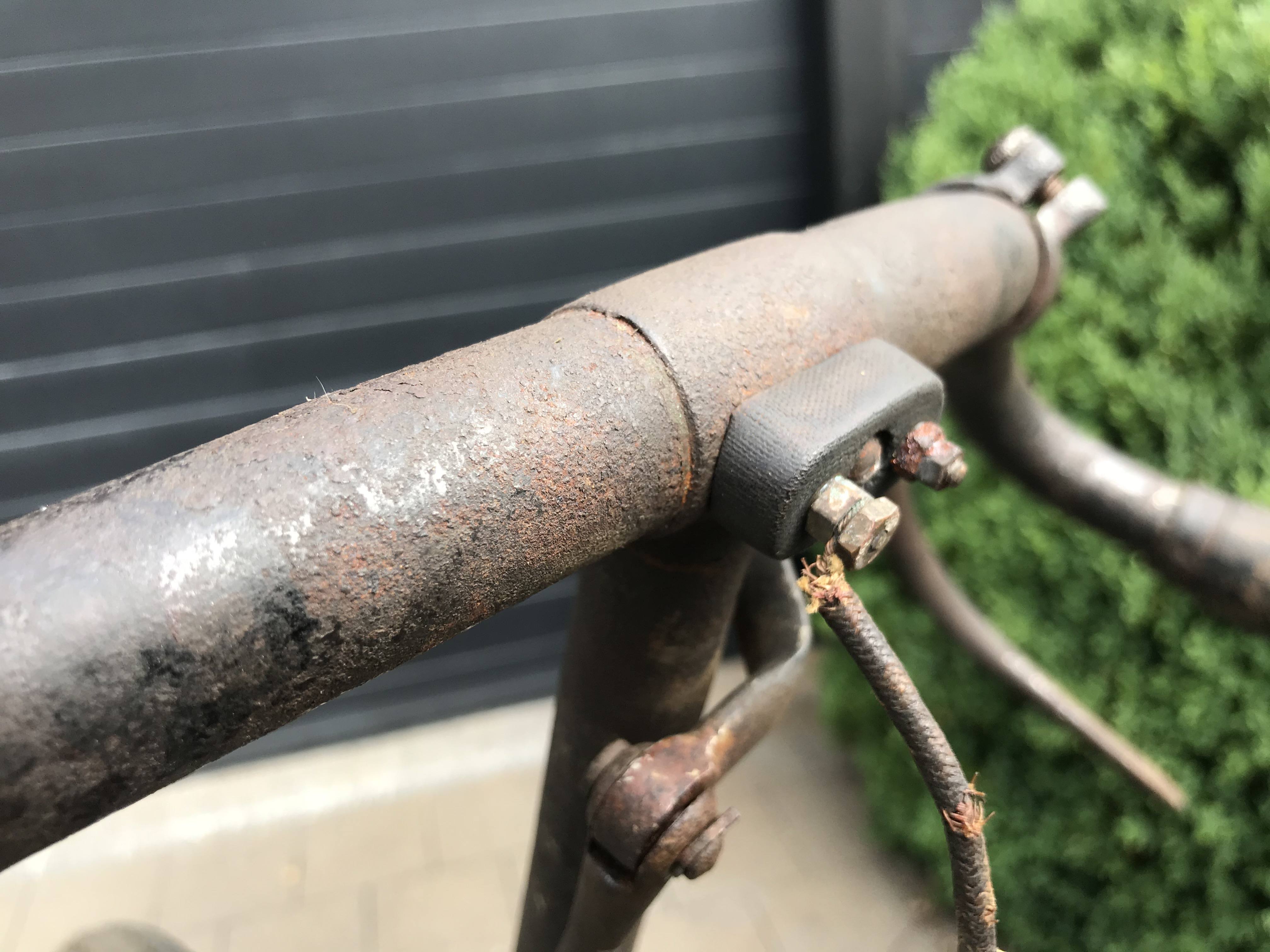 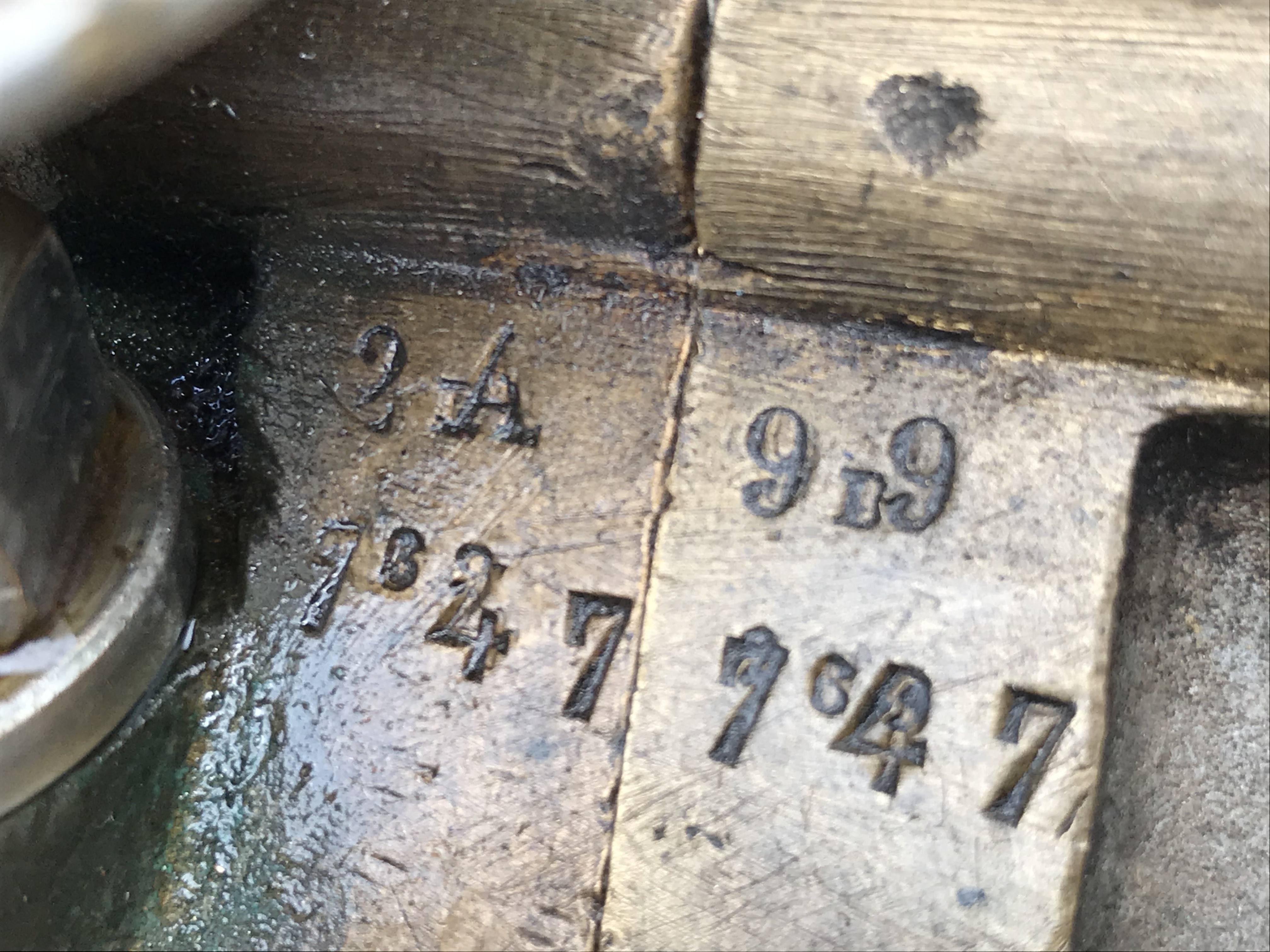