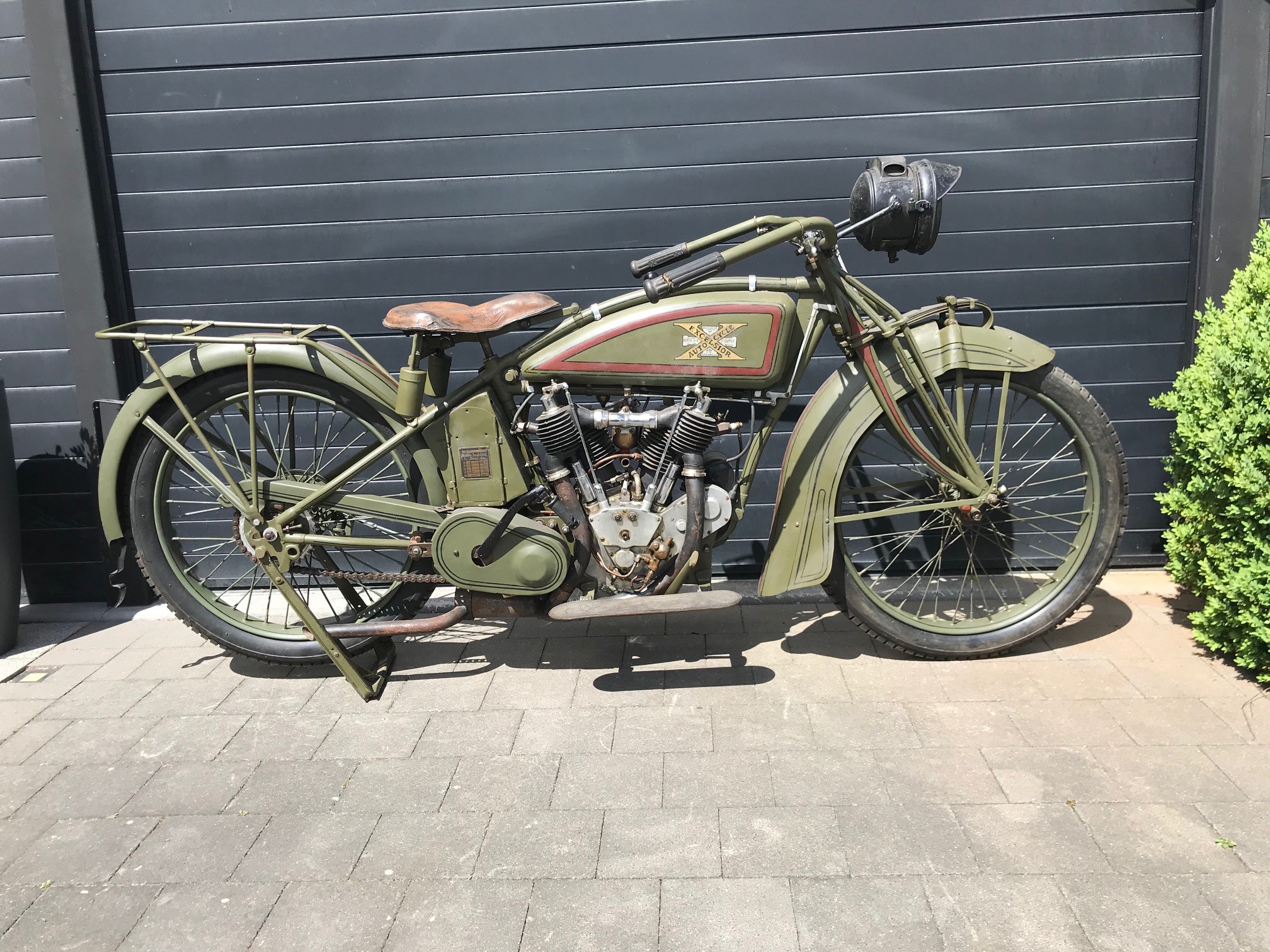 American Excelsior model 19. This is a 1000cc ioe V-twin from late 1918 early 1919. This motorcycle has the reinforced front fork and served in Europe at the end of WWI. After this it was first registered in Sweden on 7/9/1921 in Dalarnas. Motorcycle comes from the MC collection in Sweden. Motorcycle still needs some work like the bars of clutch/rear brake on the left side and the kickstarter needs to be checked as well.

Excelsior was known as the fastest American 1000cc motorcycle, many races were won with an average of over 100 miles / h (160km / h!). Before delivery to the army, all motorcycles were tested by soldiers of the Quartermaster's Department. They had to ride 2000 miles in mountainous area and through deserts. This without being allowed to adjust, check or maintain anything. During this trip the gears of two motorcycles were locked in top gear and they had to do a 180 mile mountain ride with slopes up to 40%. The 3rd gear was sealed by "government testing officers" and after the ride the motorcycles were checked and declared intact. They also had to do a test ride on a 22,5 mile dirt road which was marked as impassable for motorized transport only accessible by caterpillar tractor. The first time, the 3 Excelsiors drove the 22,5 mile dirt road(!) in 2 hours and the second time in 1h45. This proved again the incredible power of this V-twin.

This army model was from 1918 also available as a public model and one could obtain this sturdy front fork for 5 dollars extra. An option often used for sidecar riders.

This model is much rarer than Indian or Harley. During WWI there were 3500 Excelsiors delivered against 41,000 Indians and 15,000 Harley's. 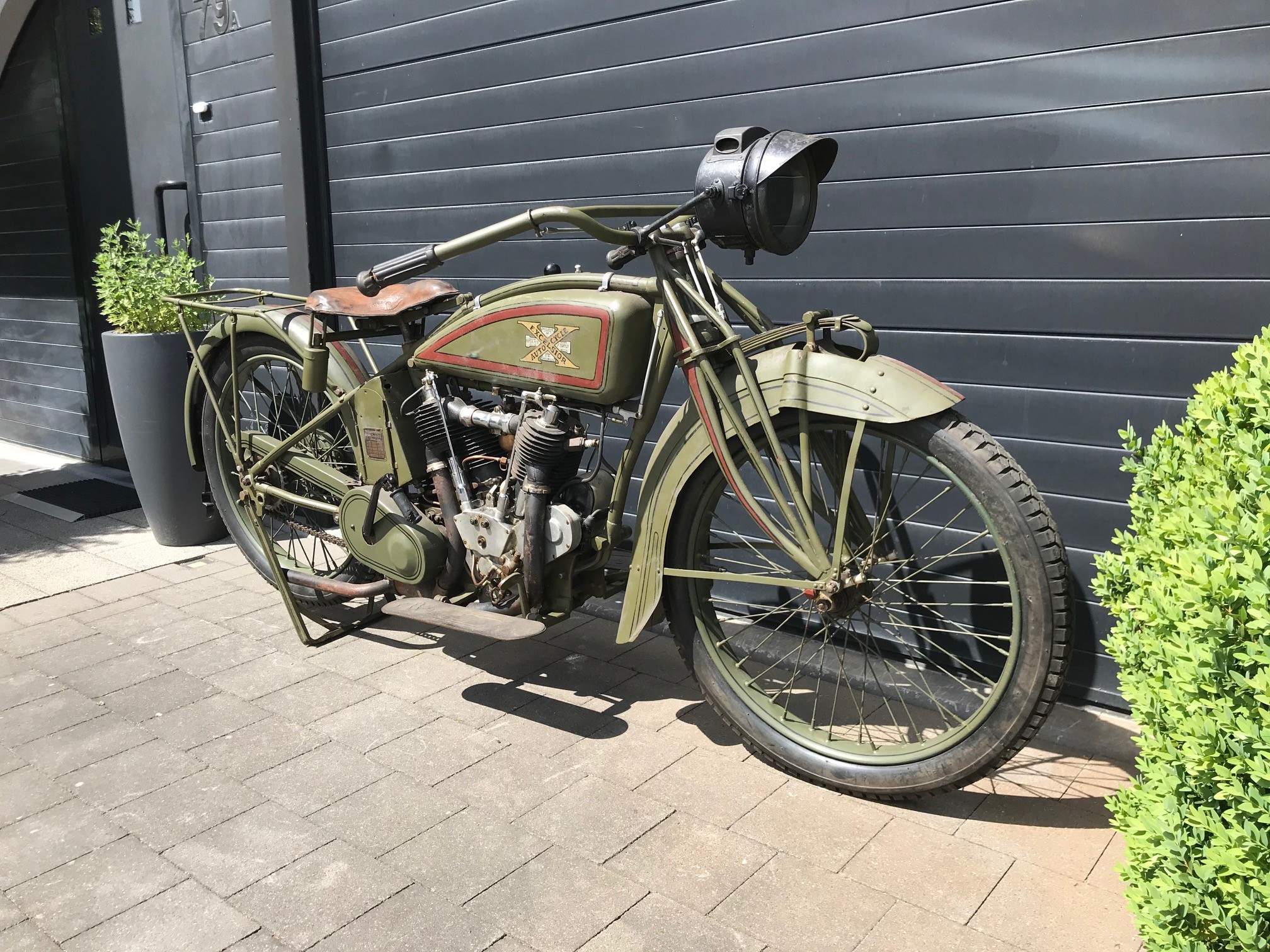 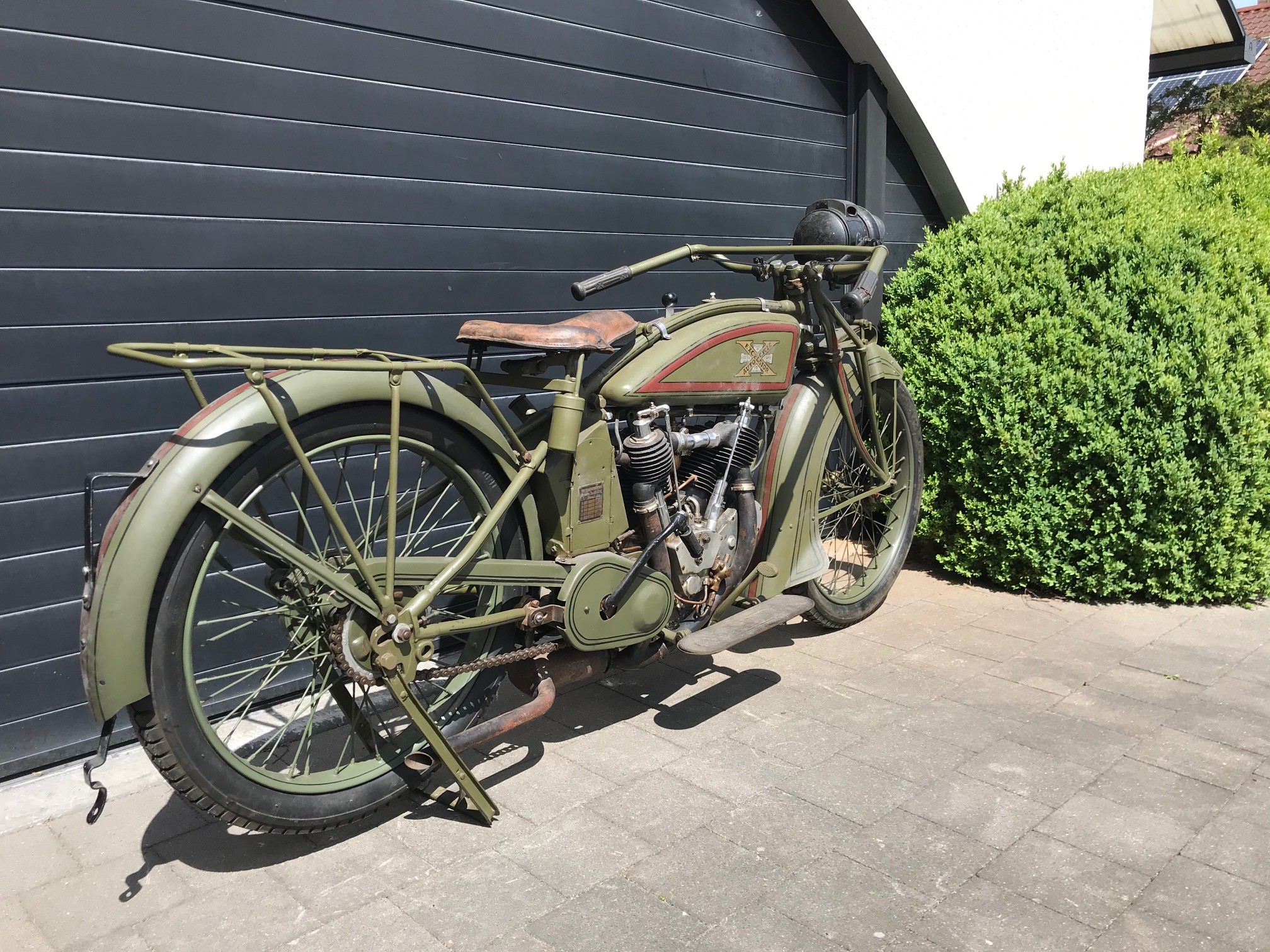 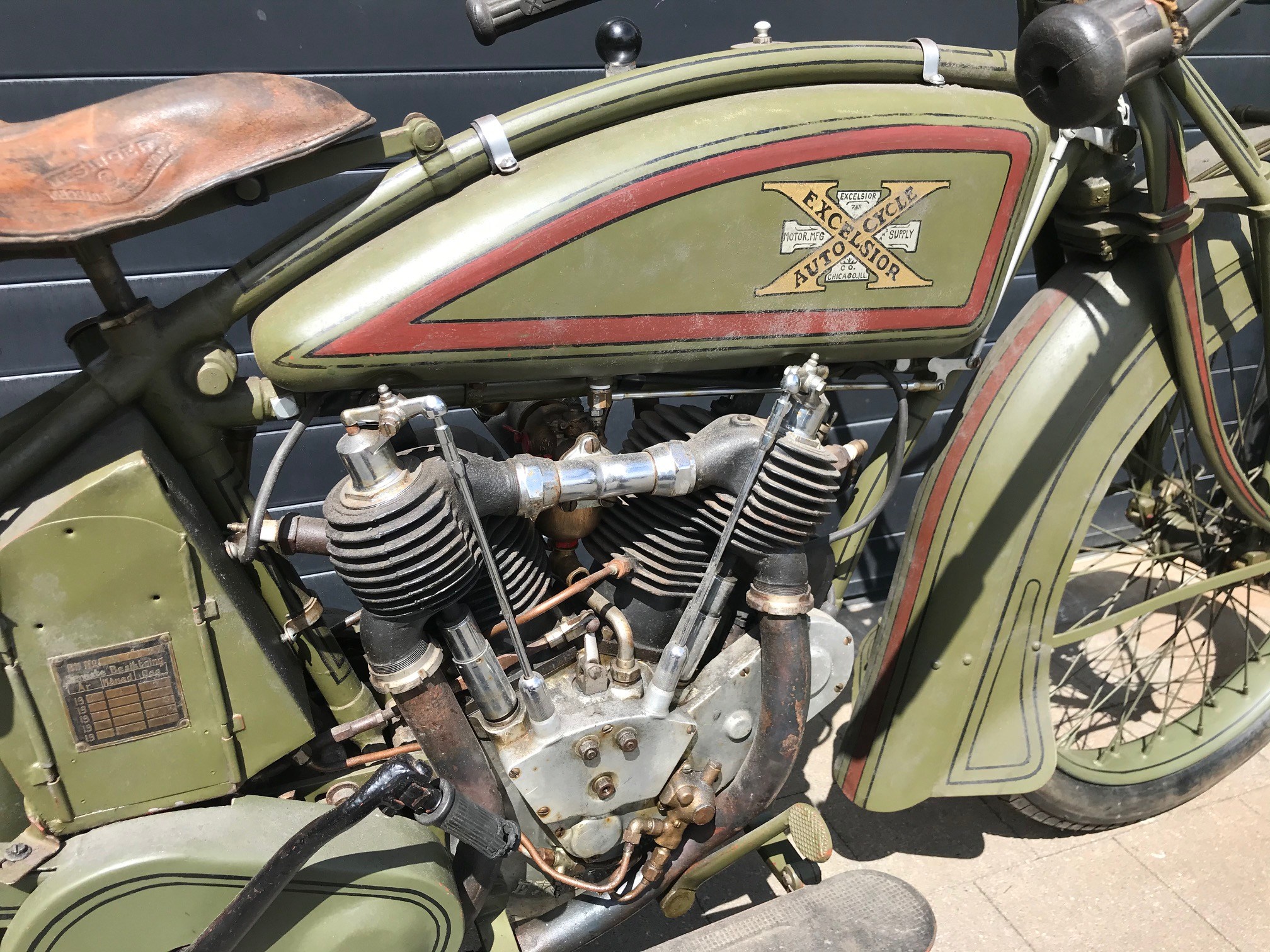 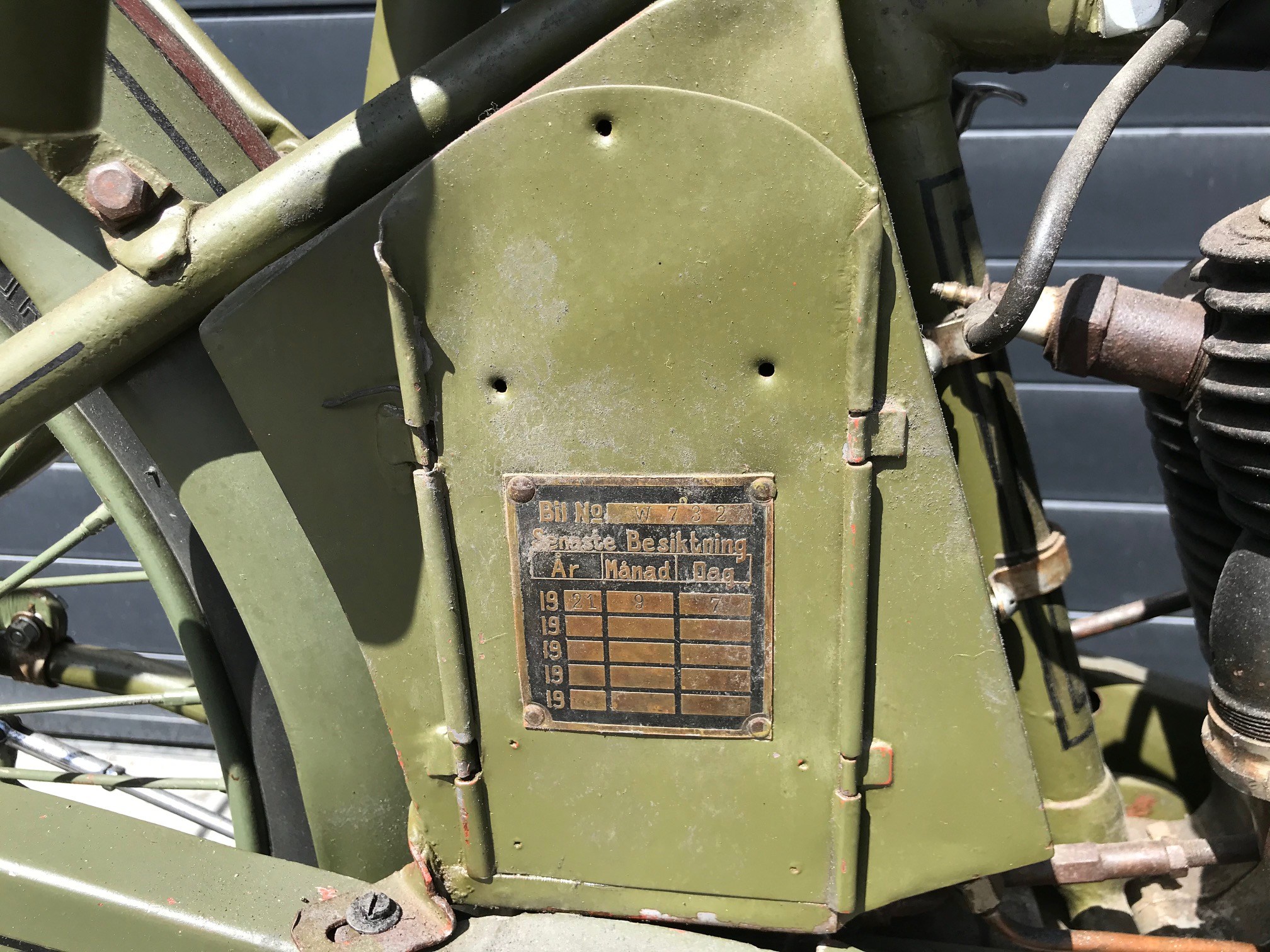 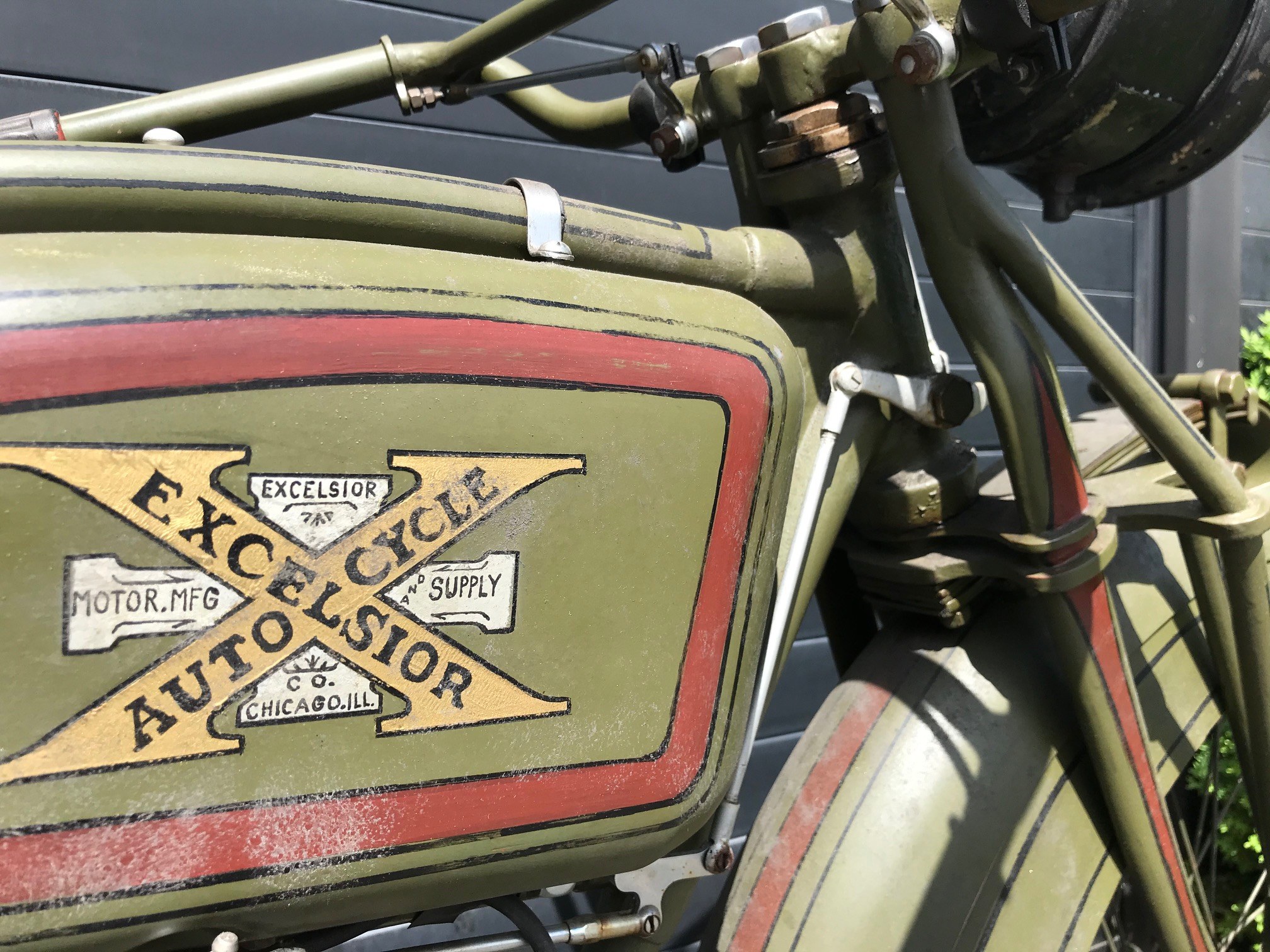 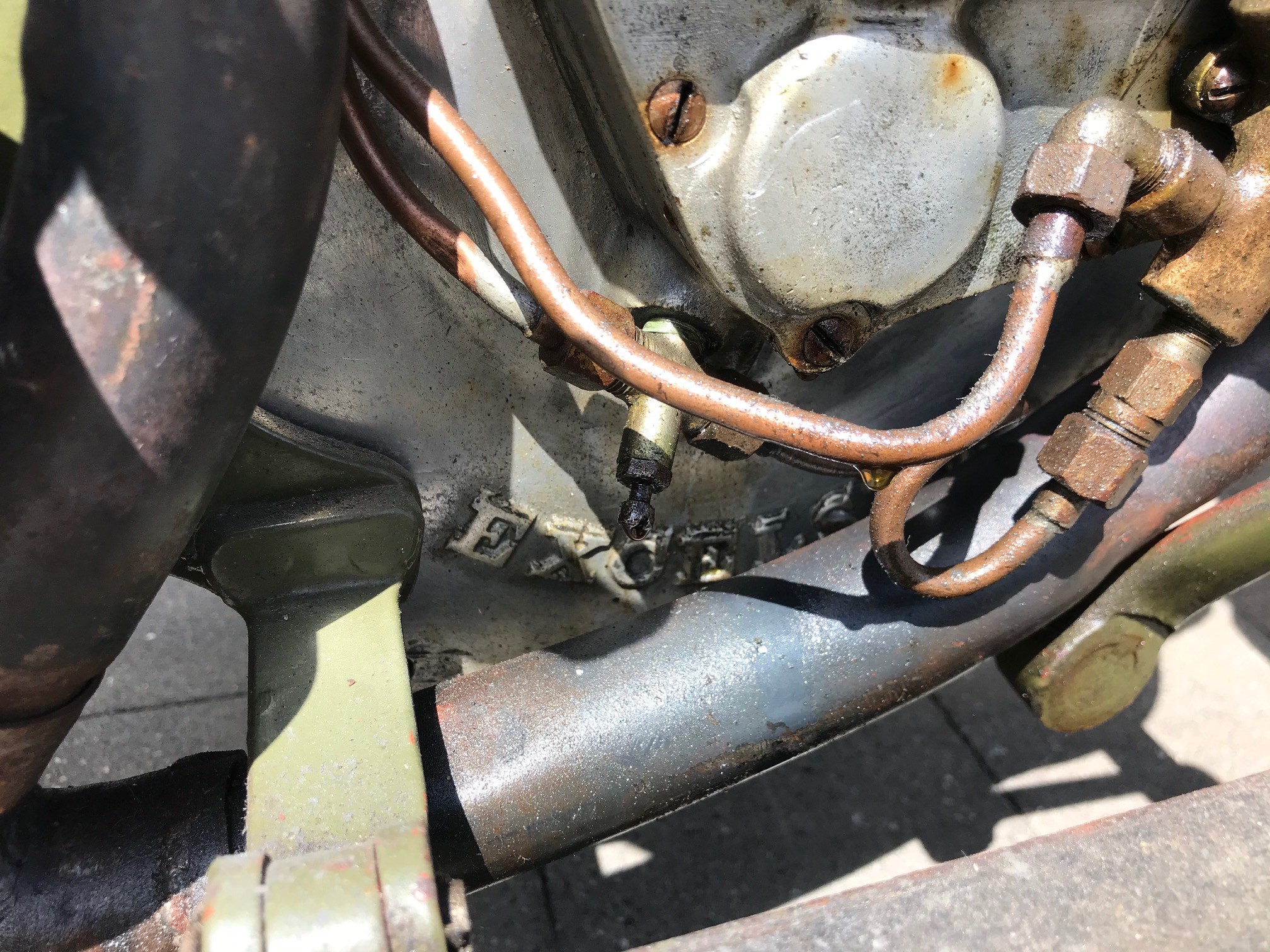 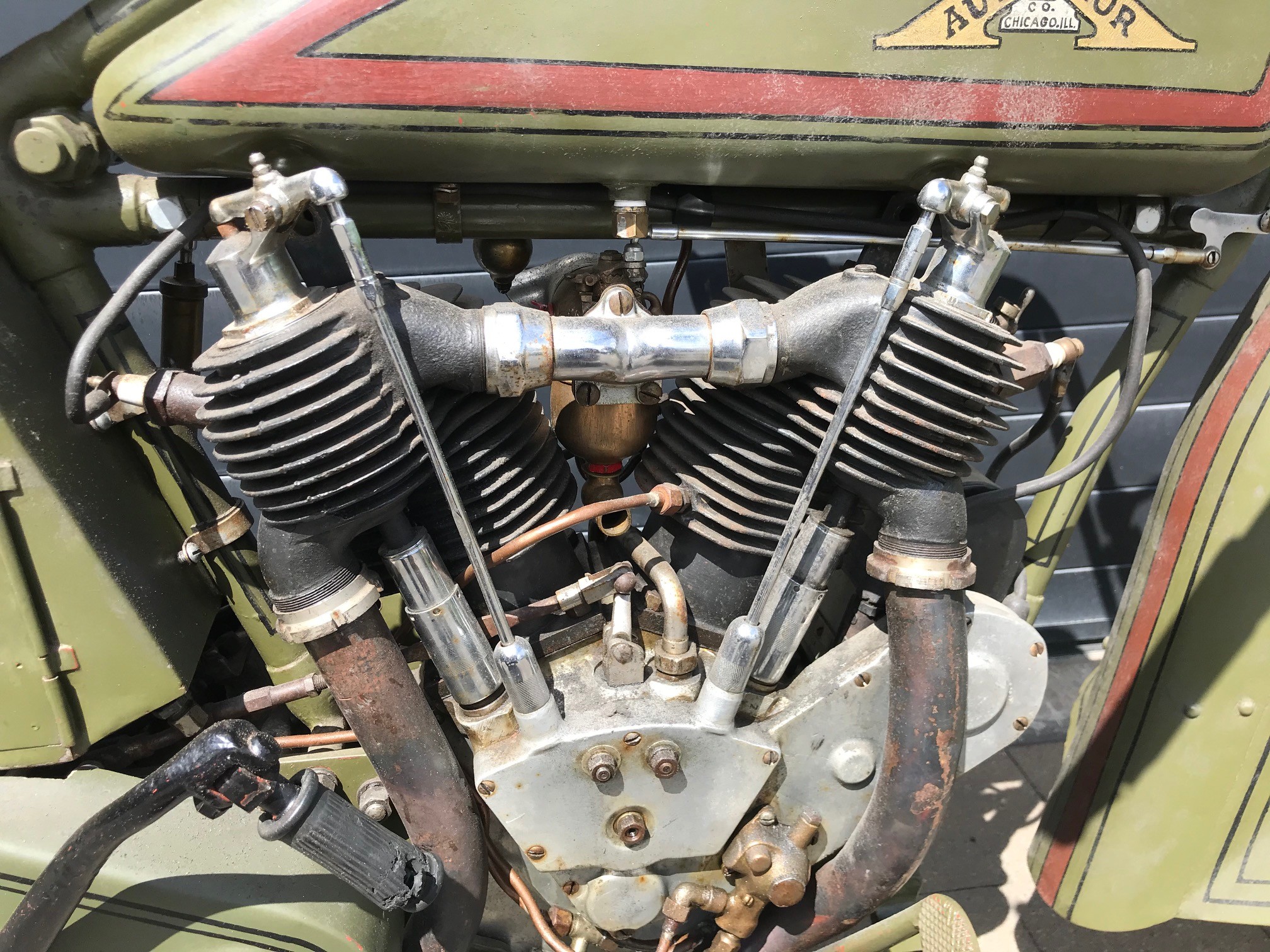 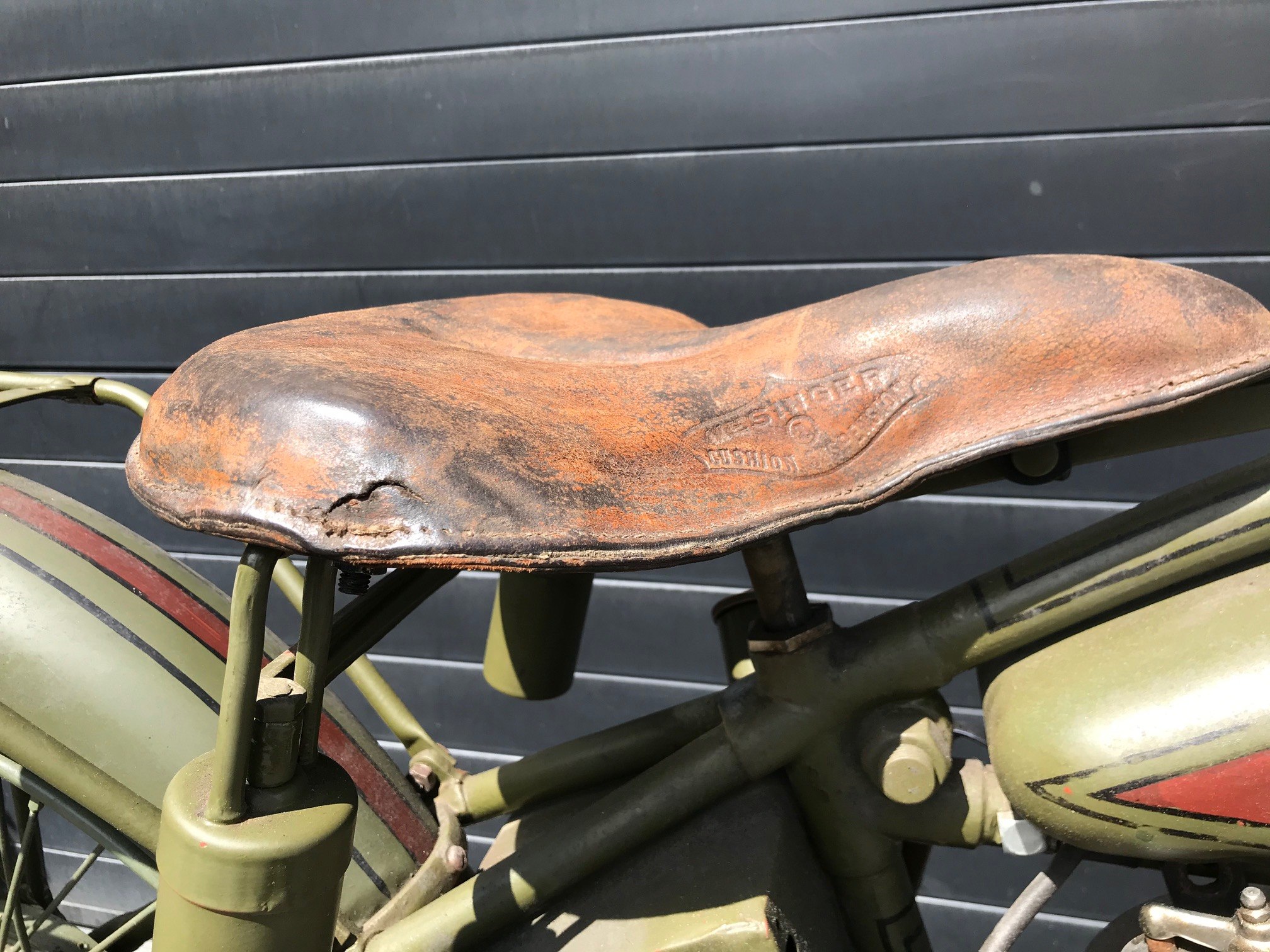 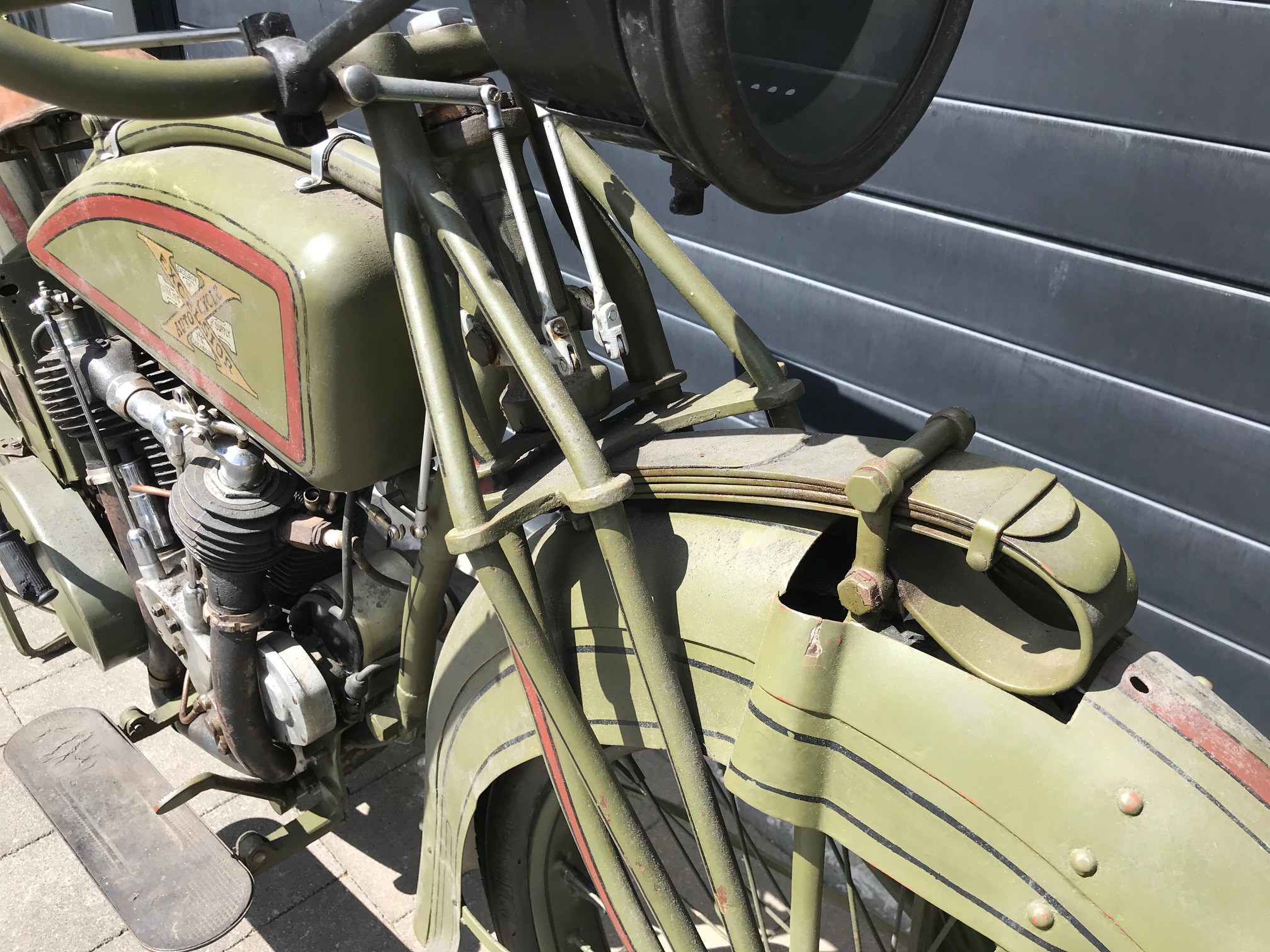 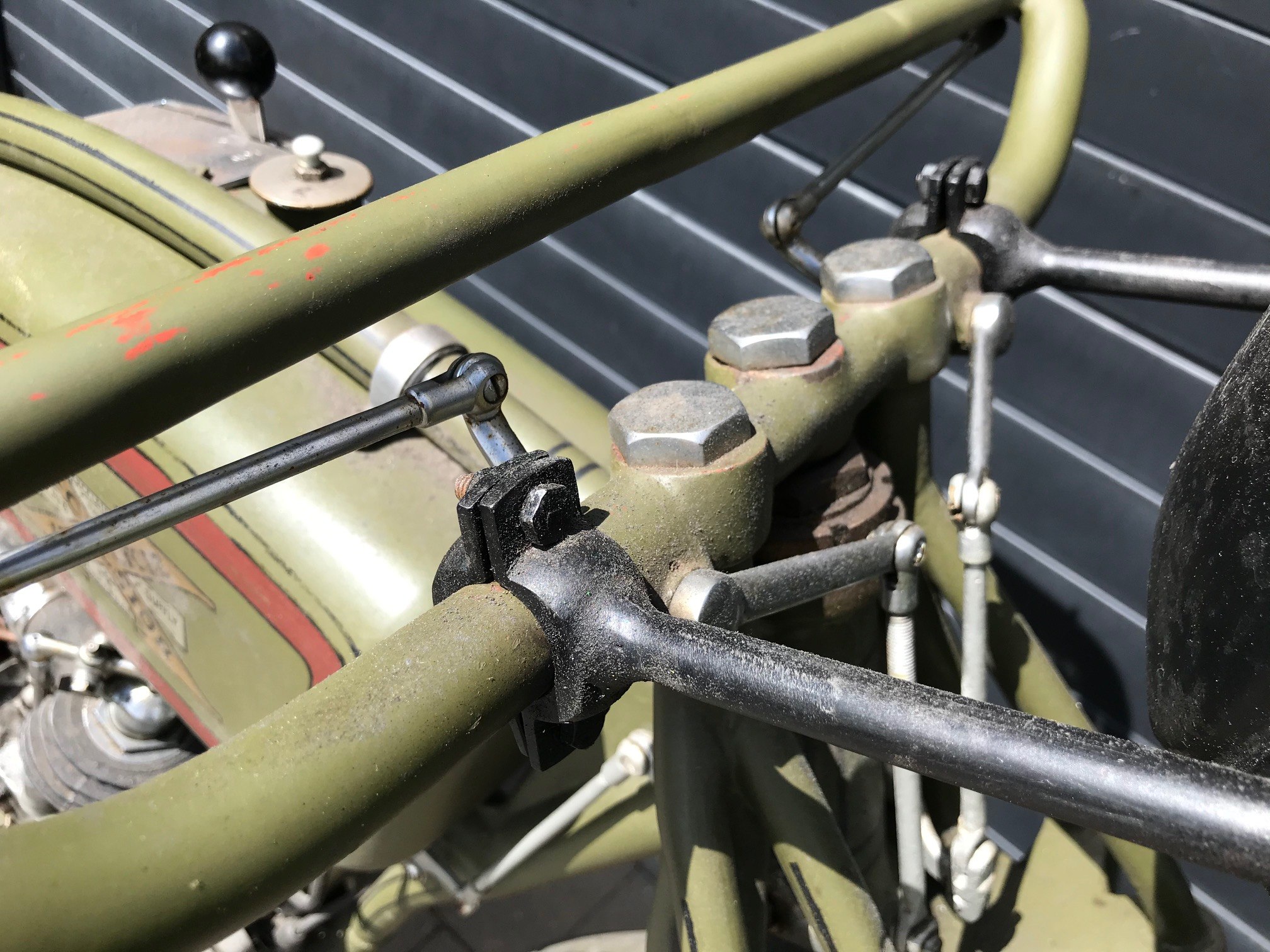 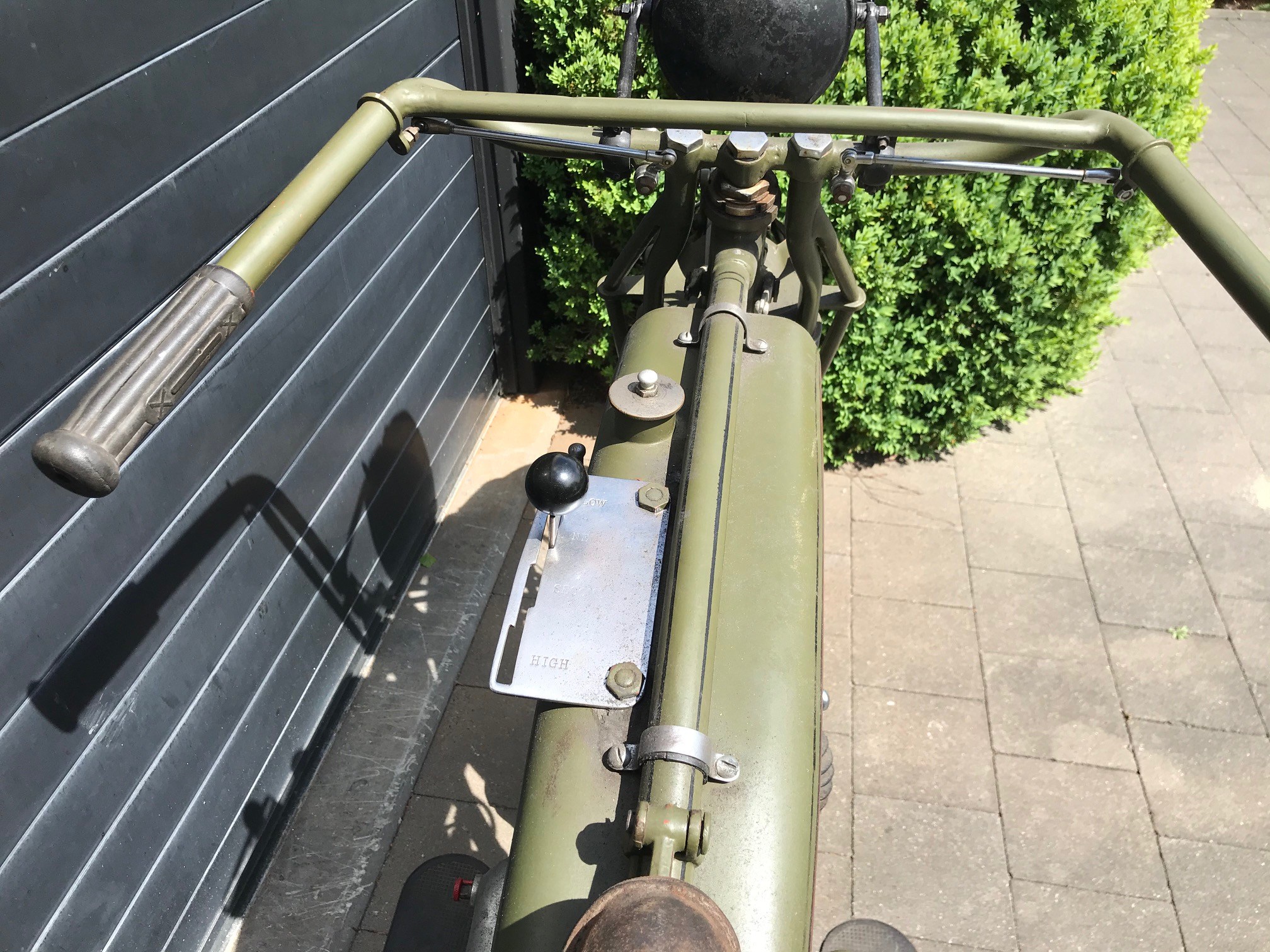 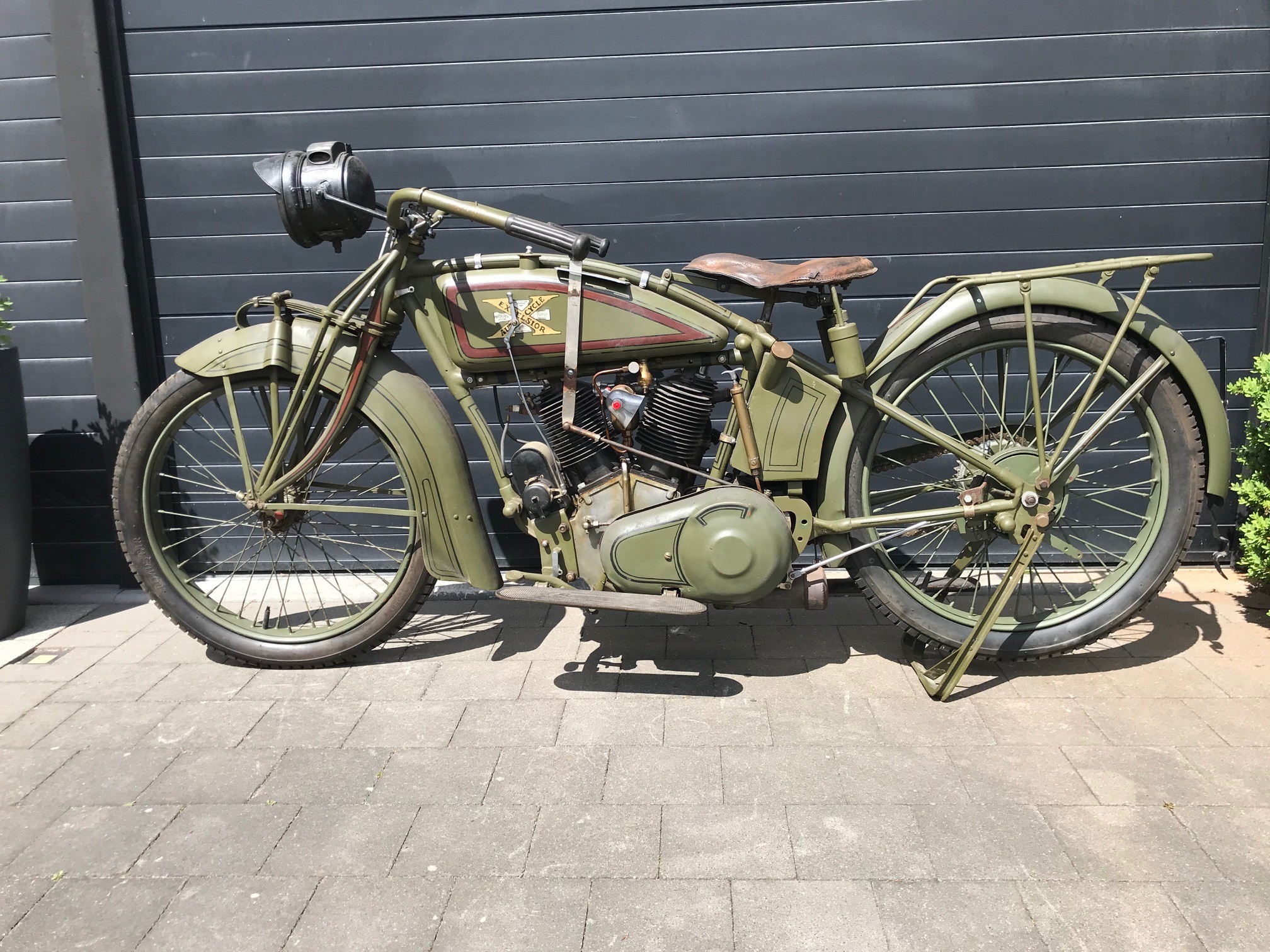 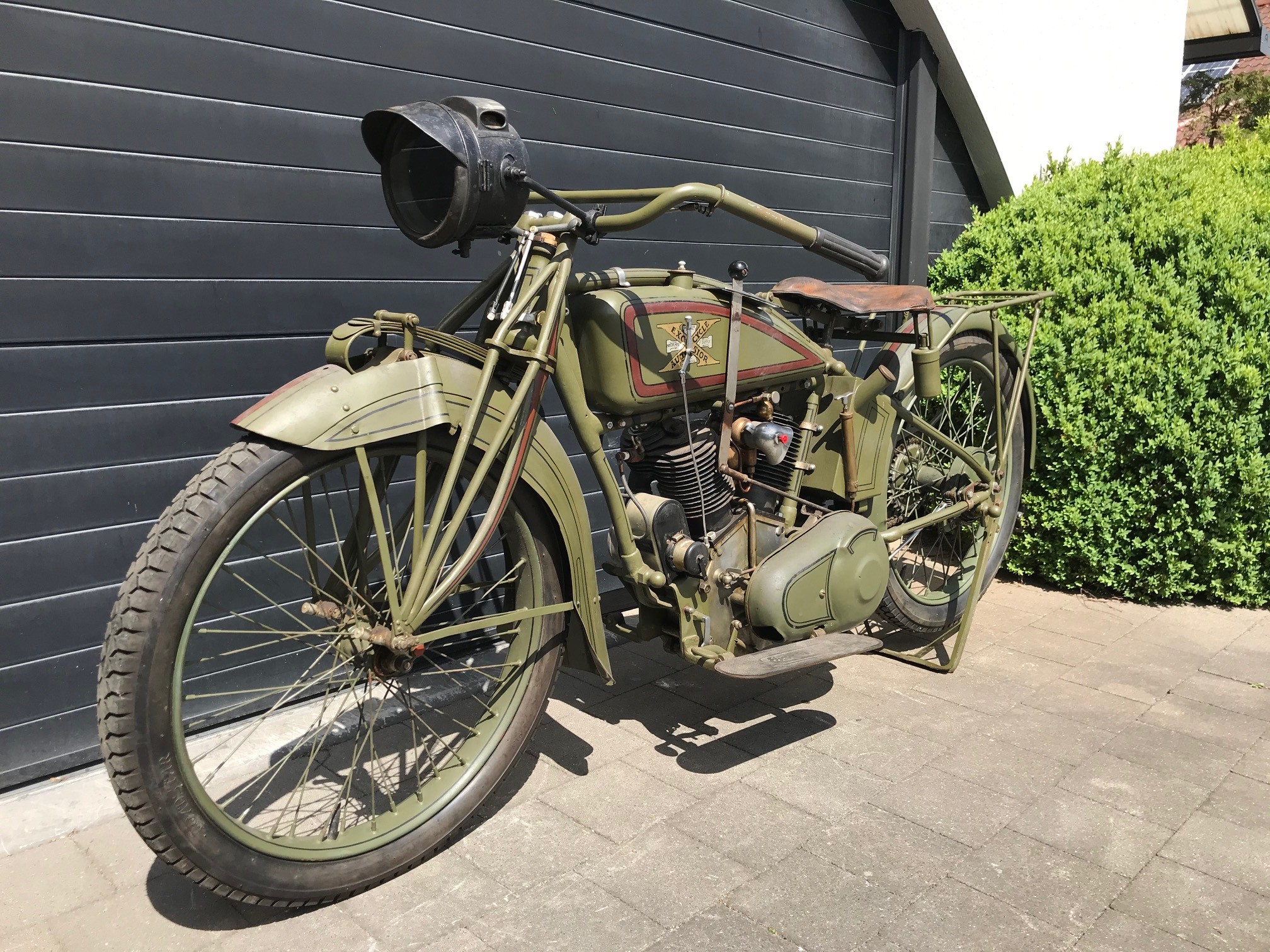 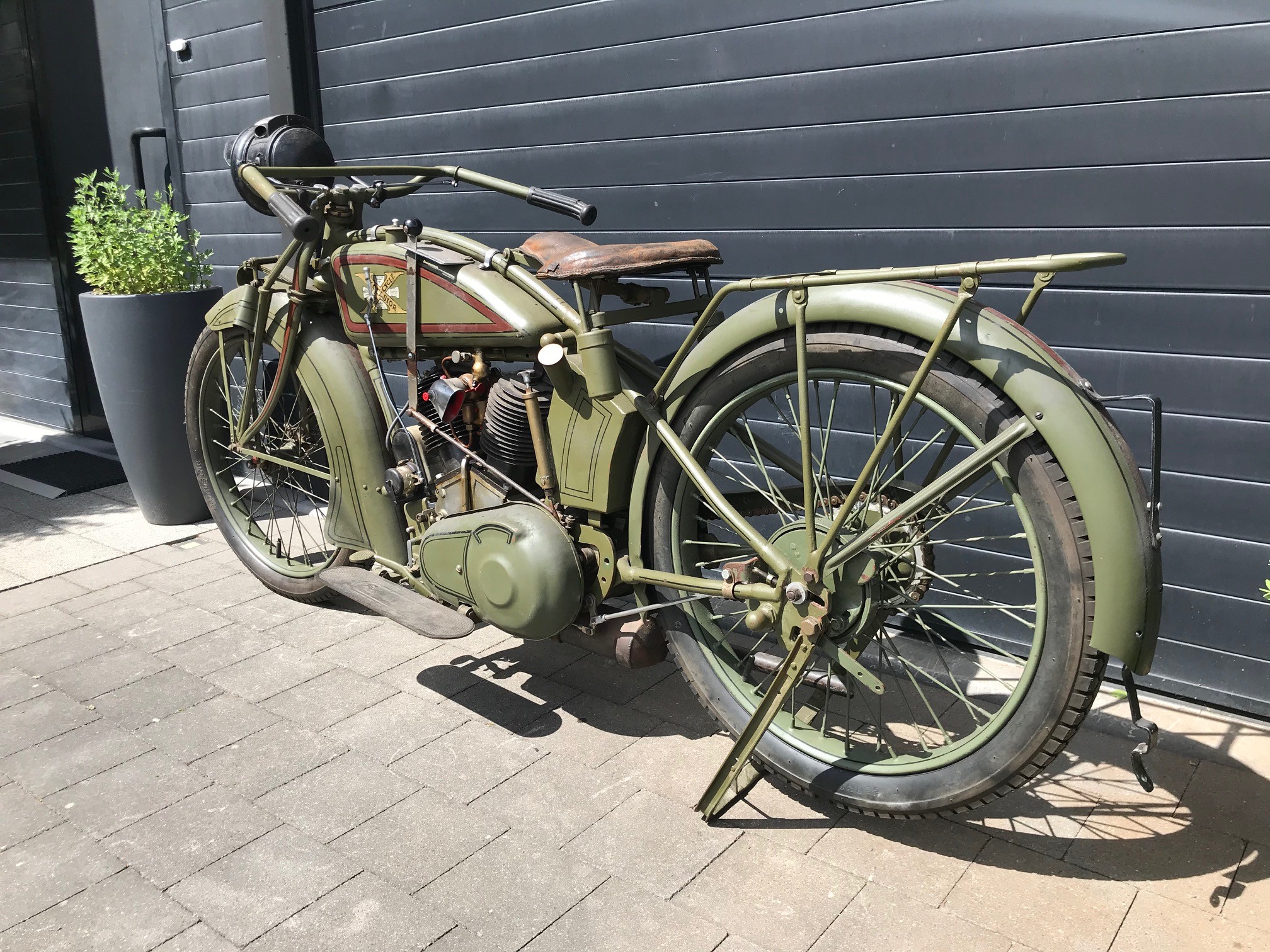 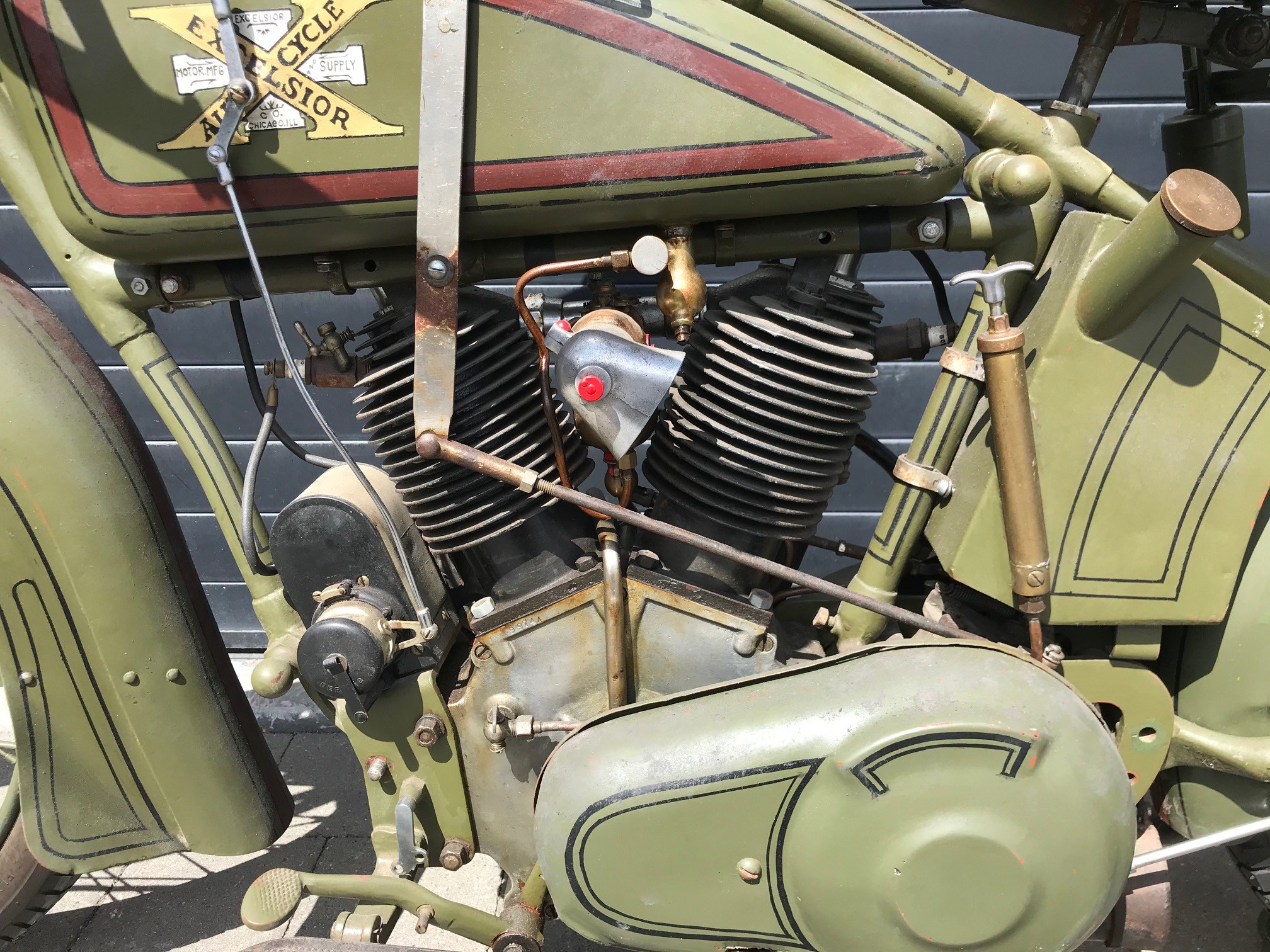 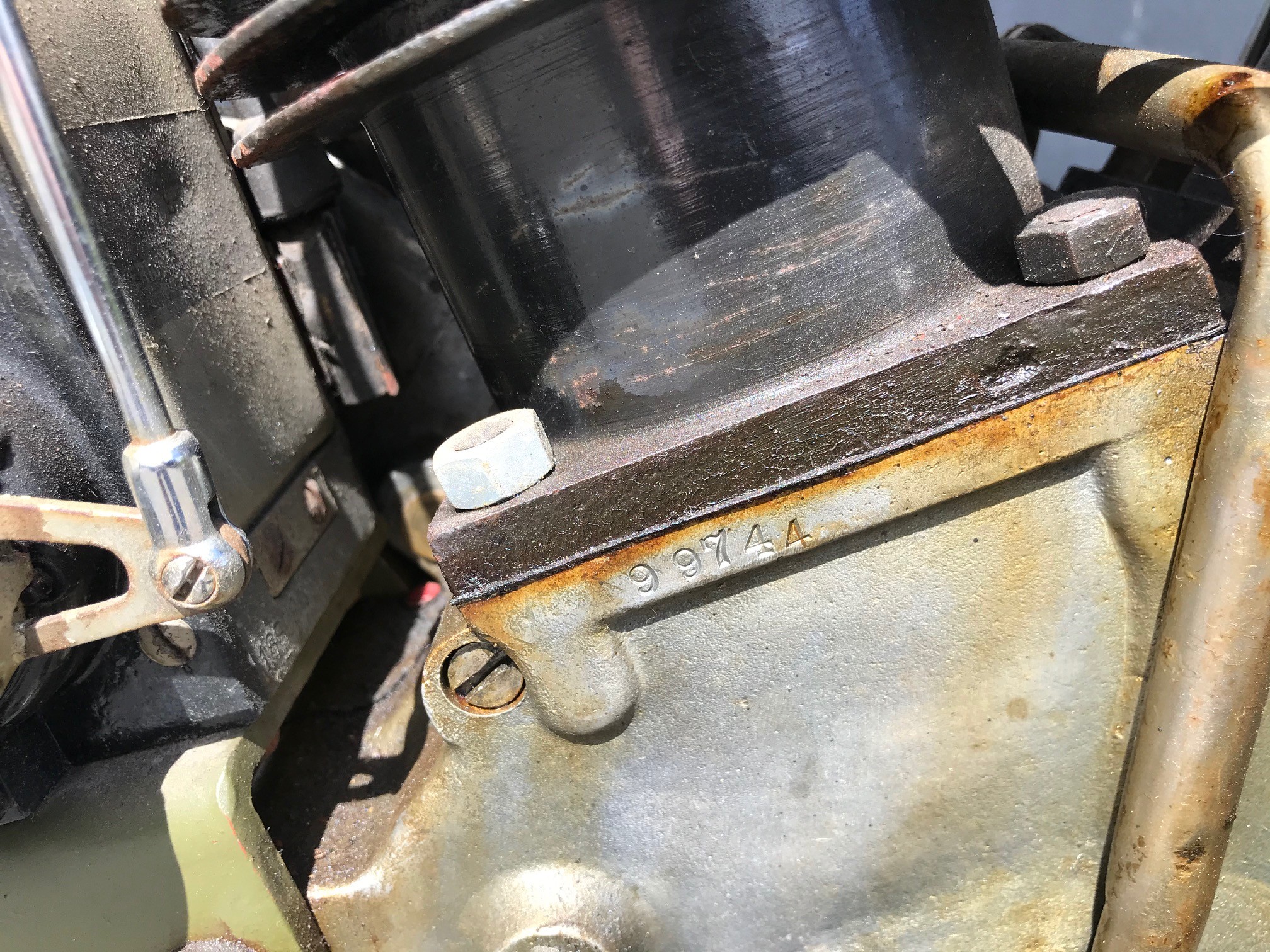 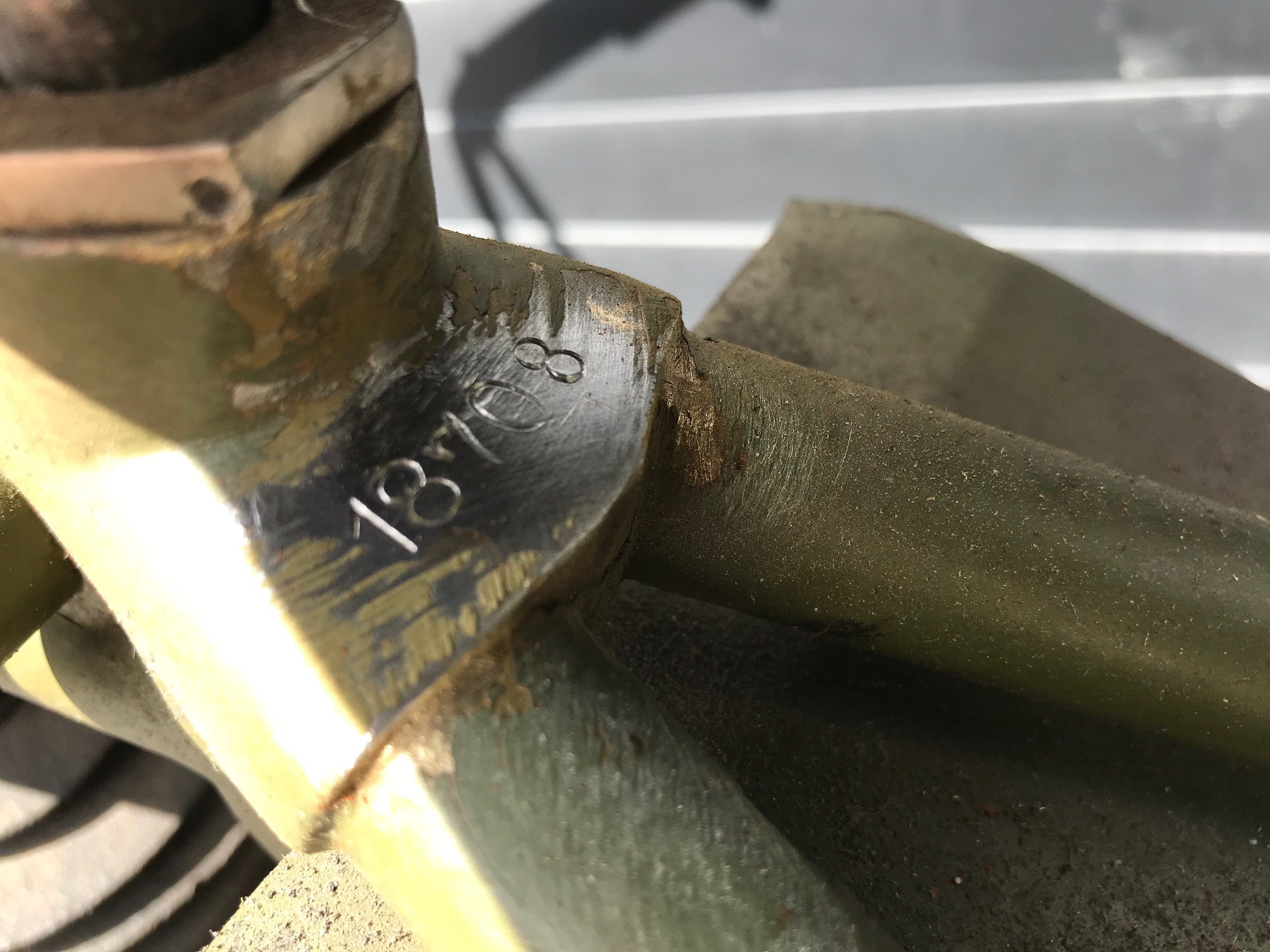 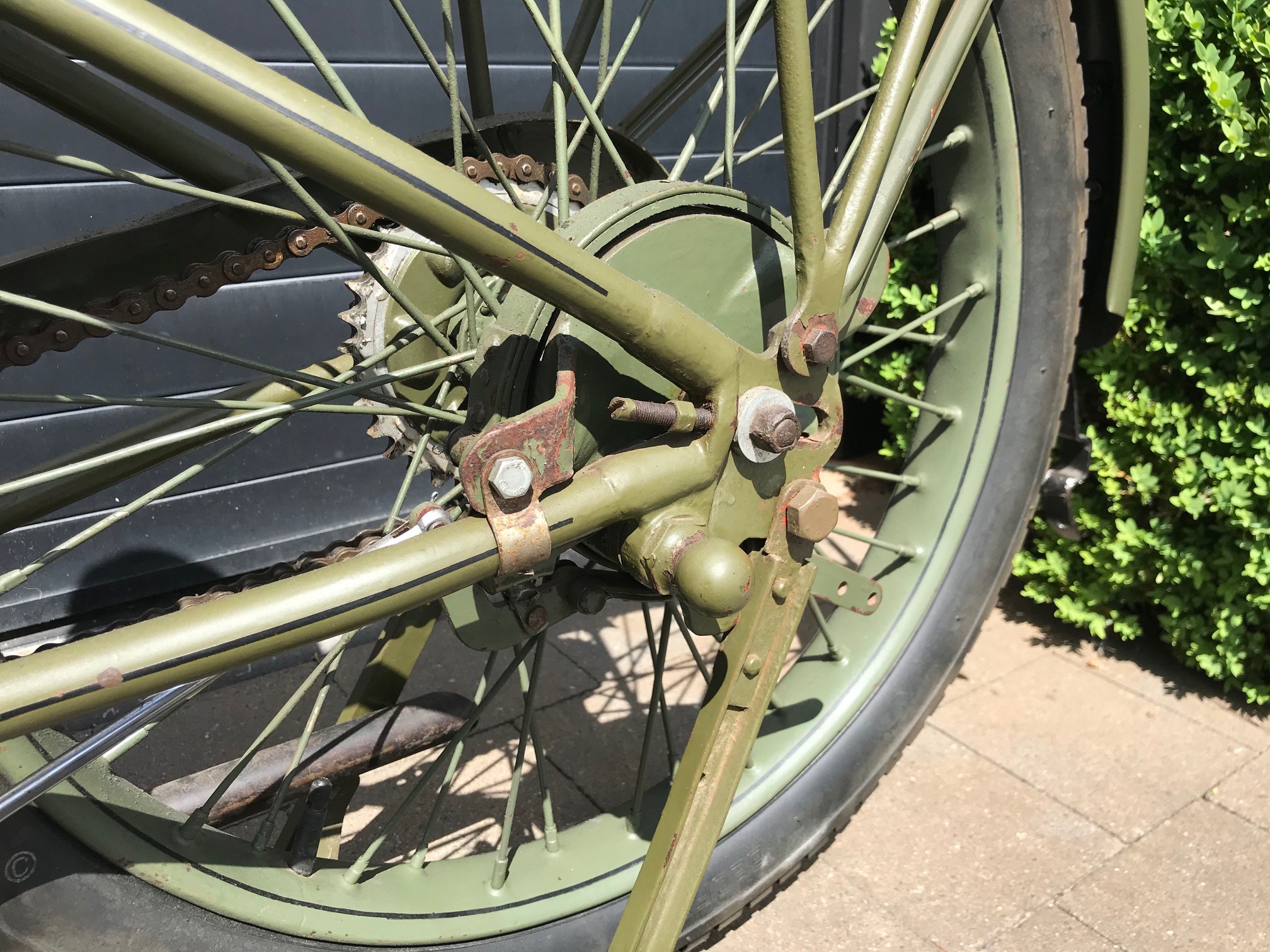 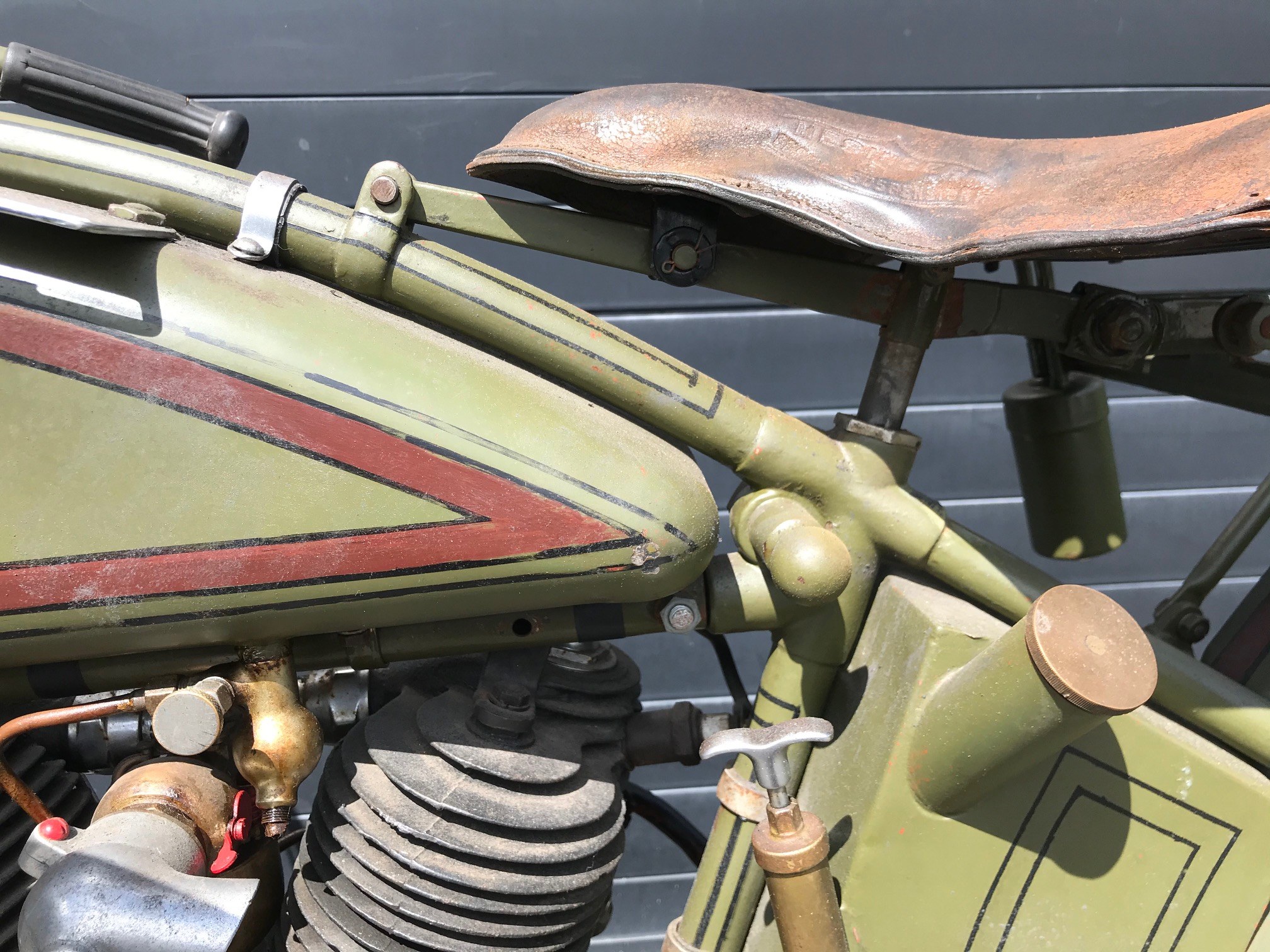 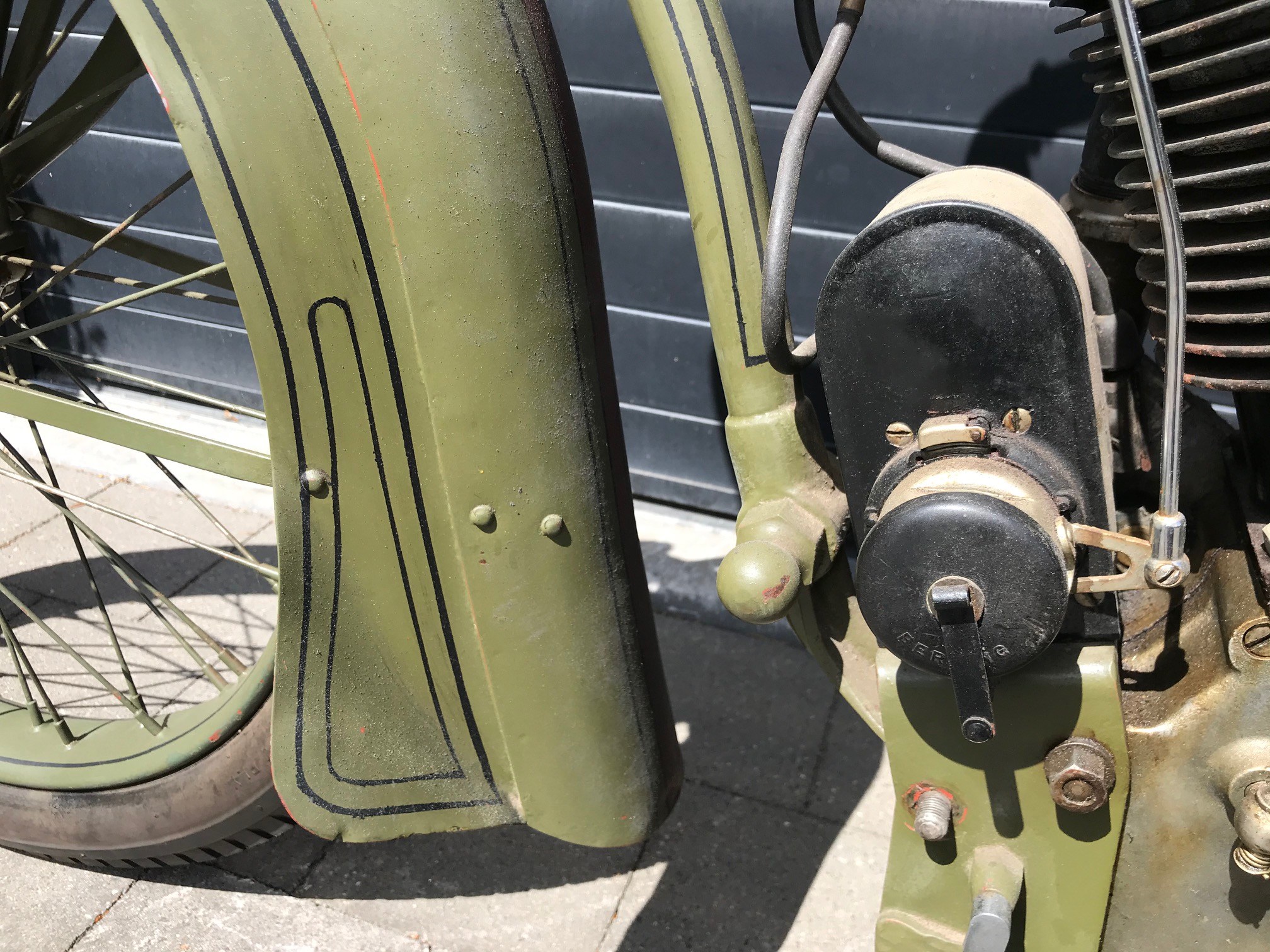 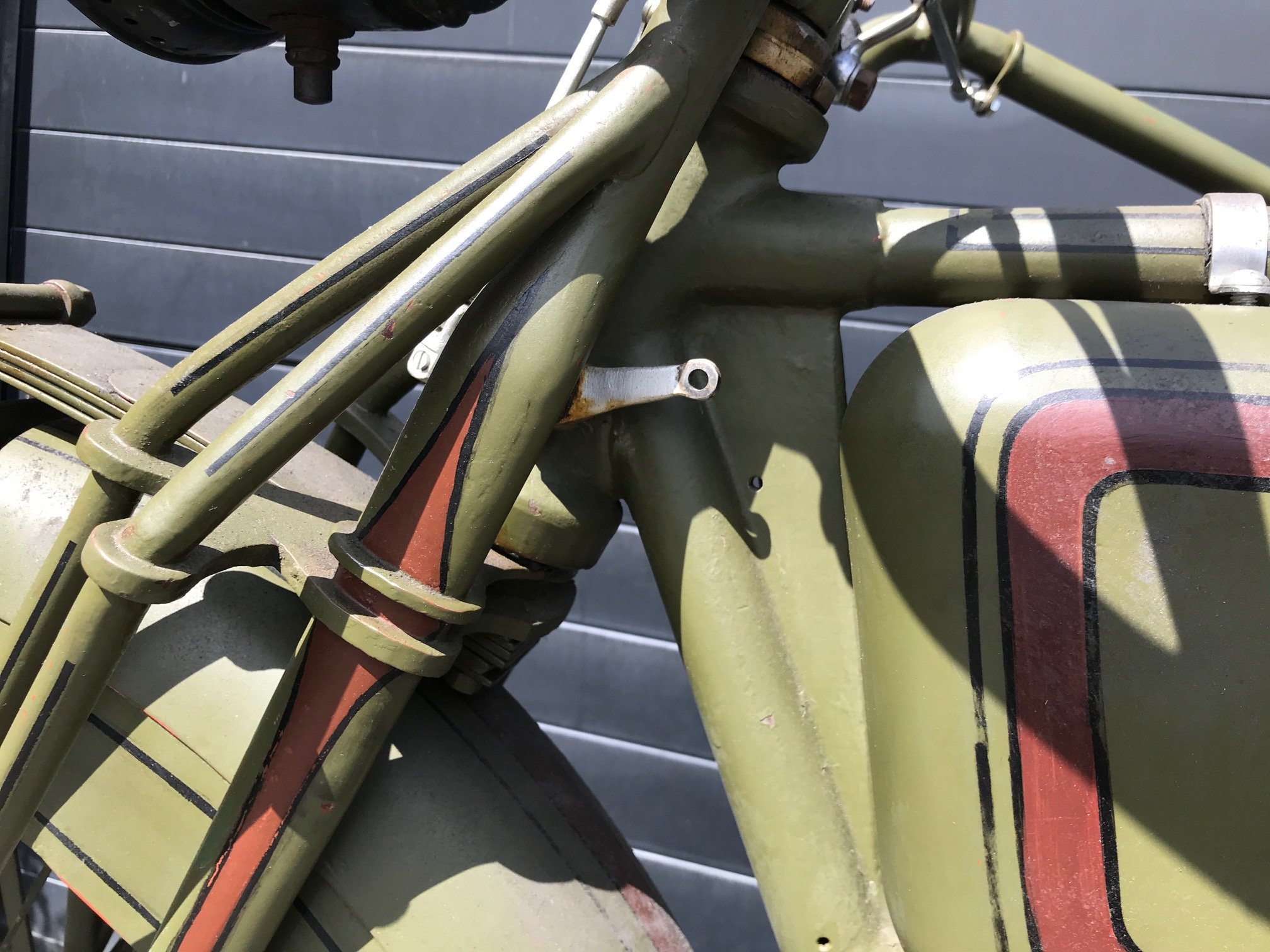 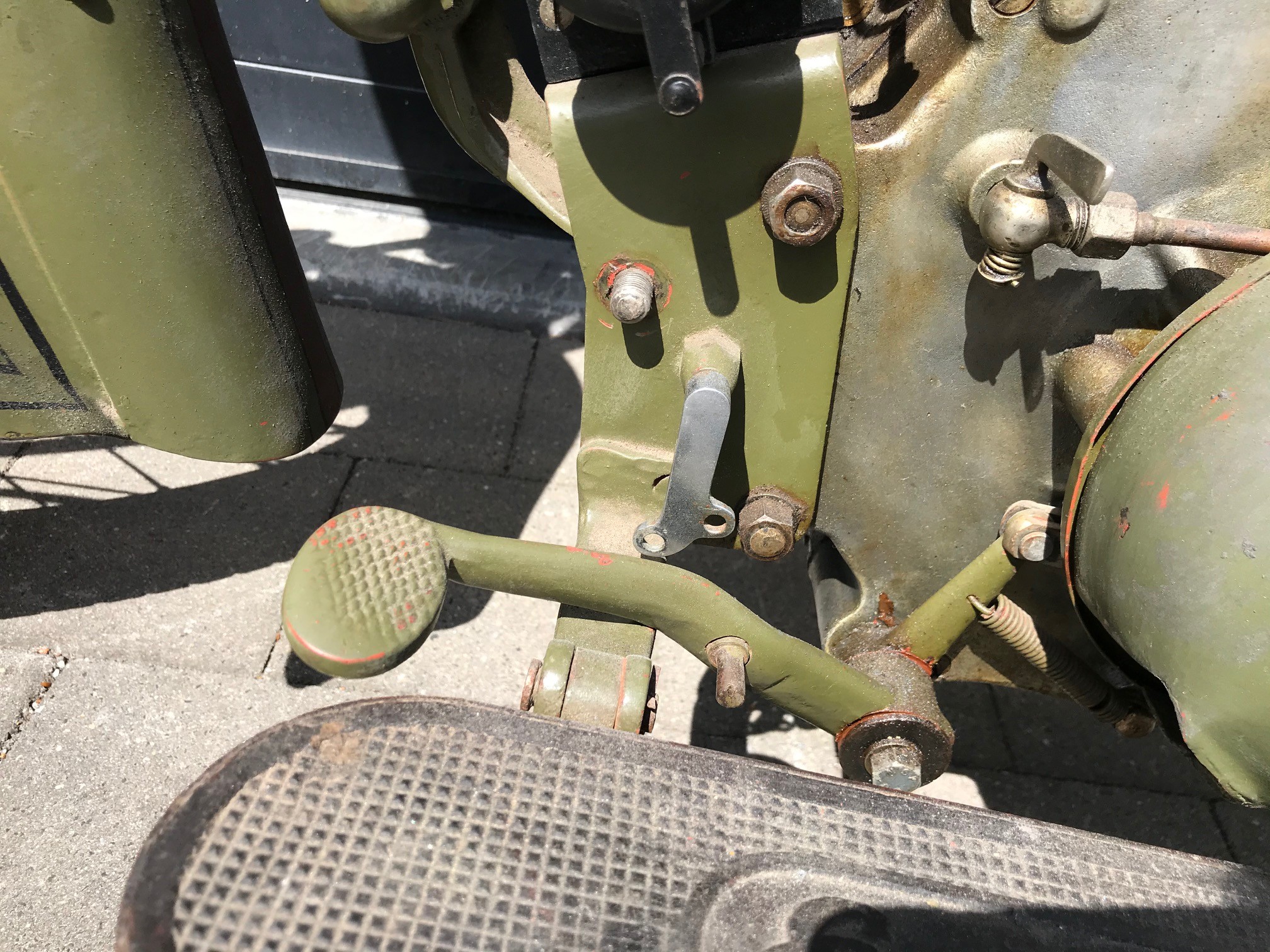 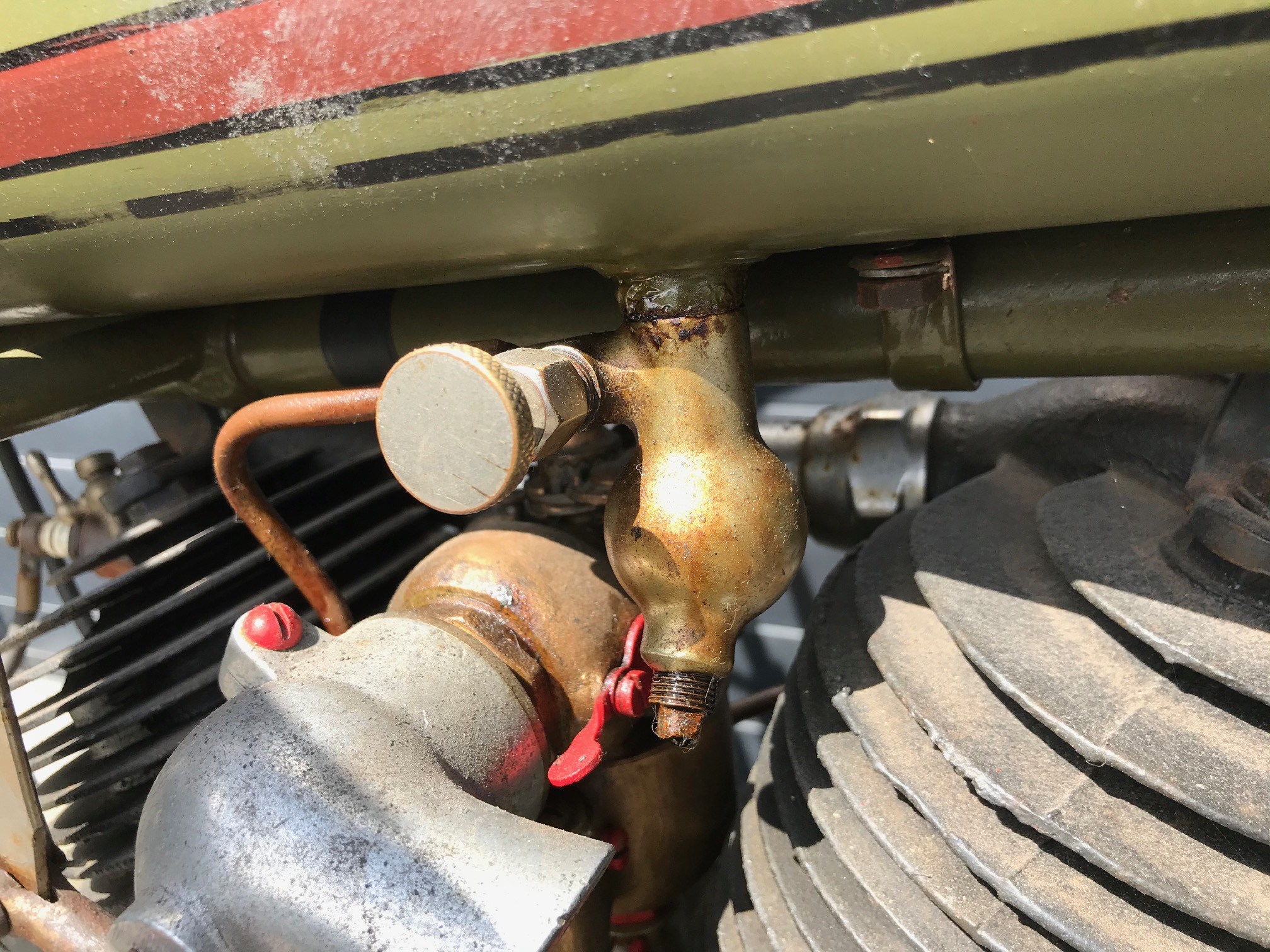 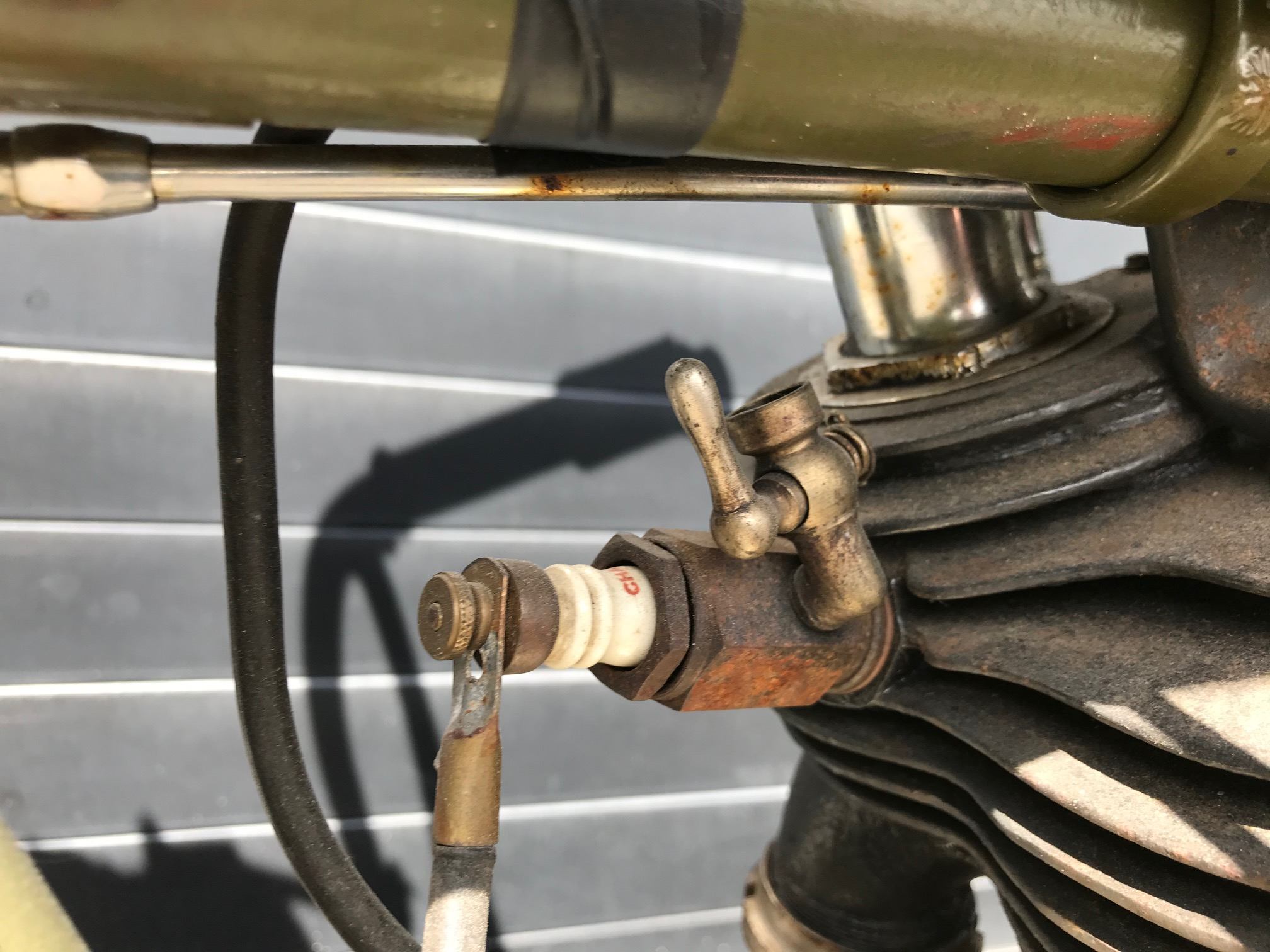 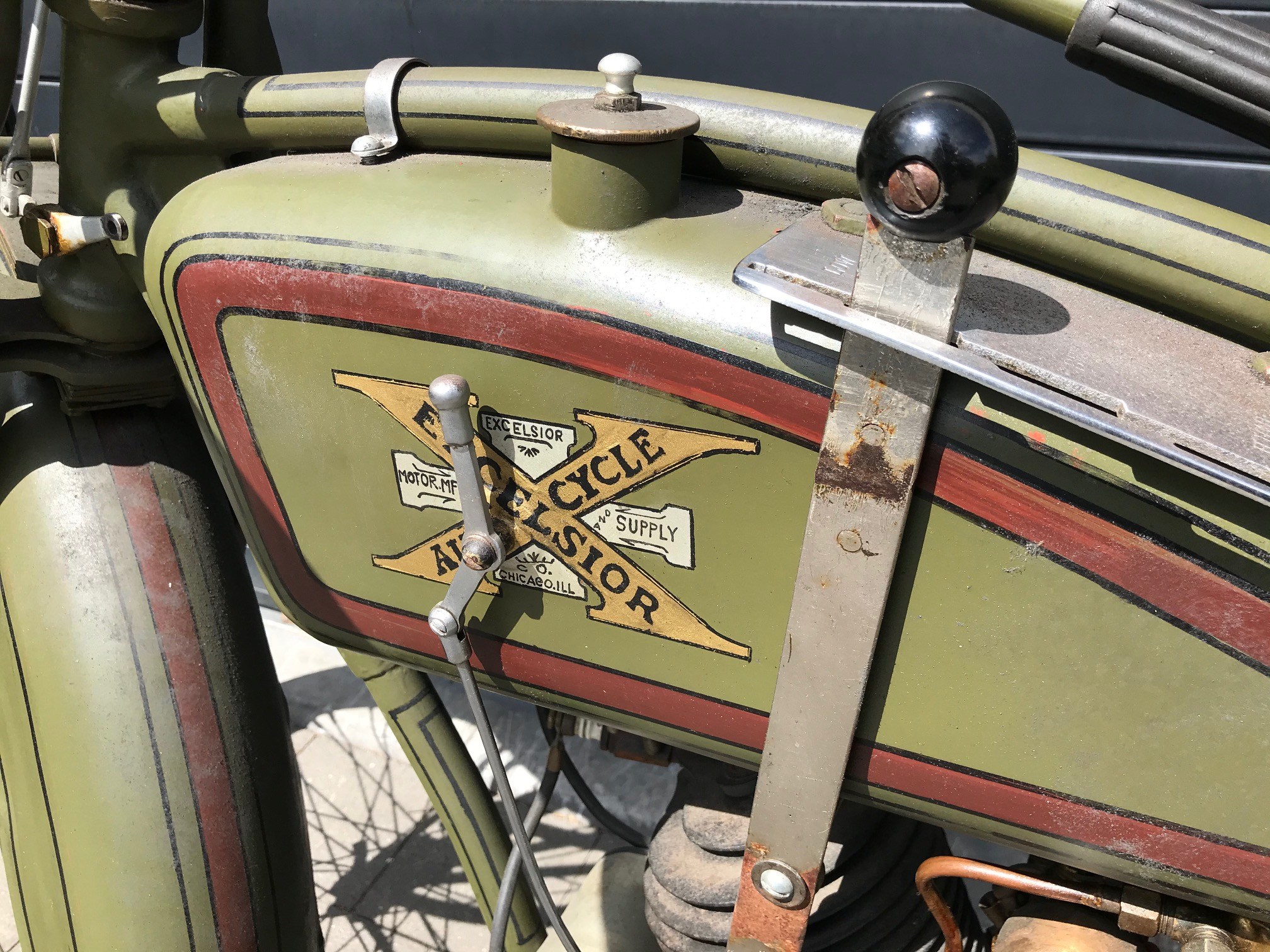