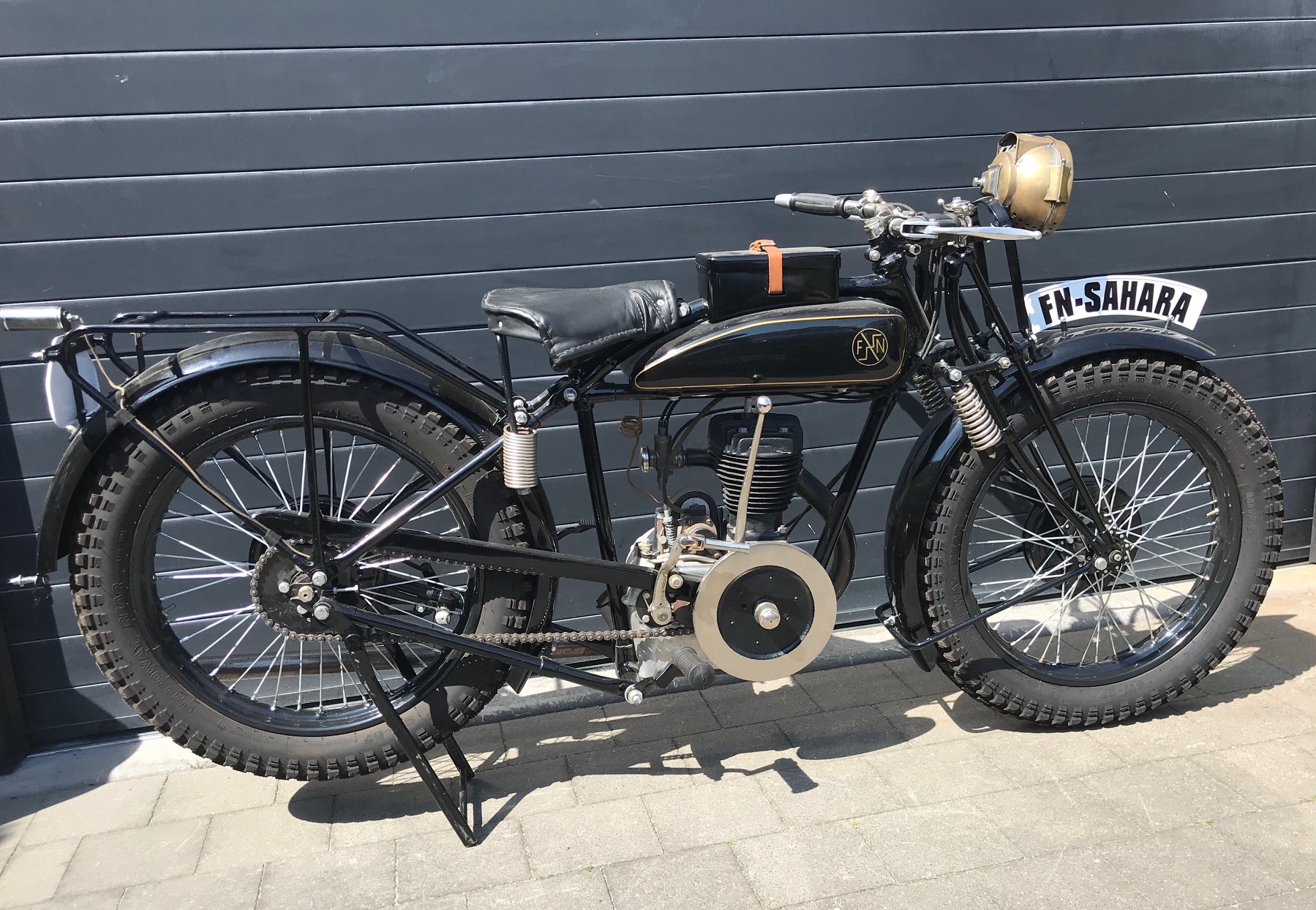 Older restoration of a Belgian FN M70 model Sahara. FN came out in December 1926 with a new 350cc side valve. first with pulley brakes later with drum brakes like this one. This model was a great success and is made until 1930. From 1928 this model was also available with saddle tank. This was the M70B.

The name Sahara comes from the fact that 2 French soldiers Gimie and Bruneteau together with a Belgian mechanic drove as a publicity stunt from Liege to Dakar with 3 FN M70 models. Because of this stunt the reliability was proven and the model became a sales success.

The Sahara offered here has been restored 15 years ago for a museum. Exhaust was missing and also float chamber has disappeared in the course of years. Exhaust elbow is already there but still has to be assembled. 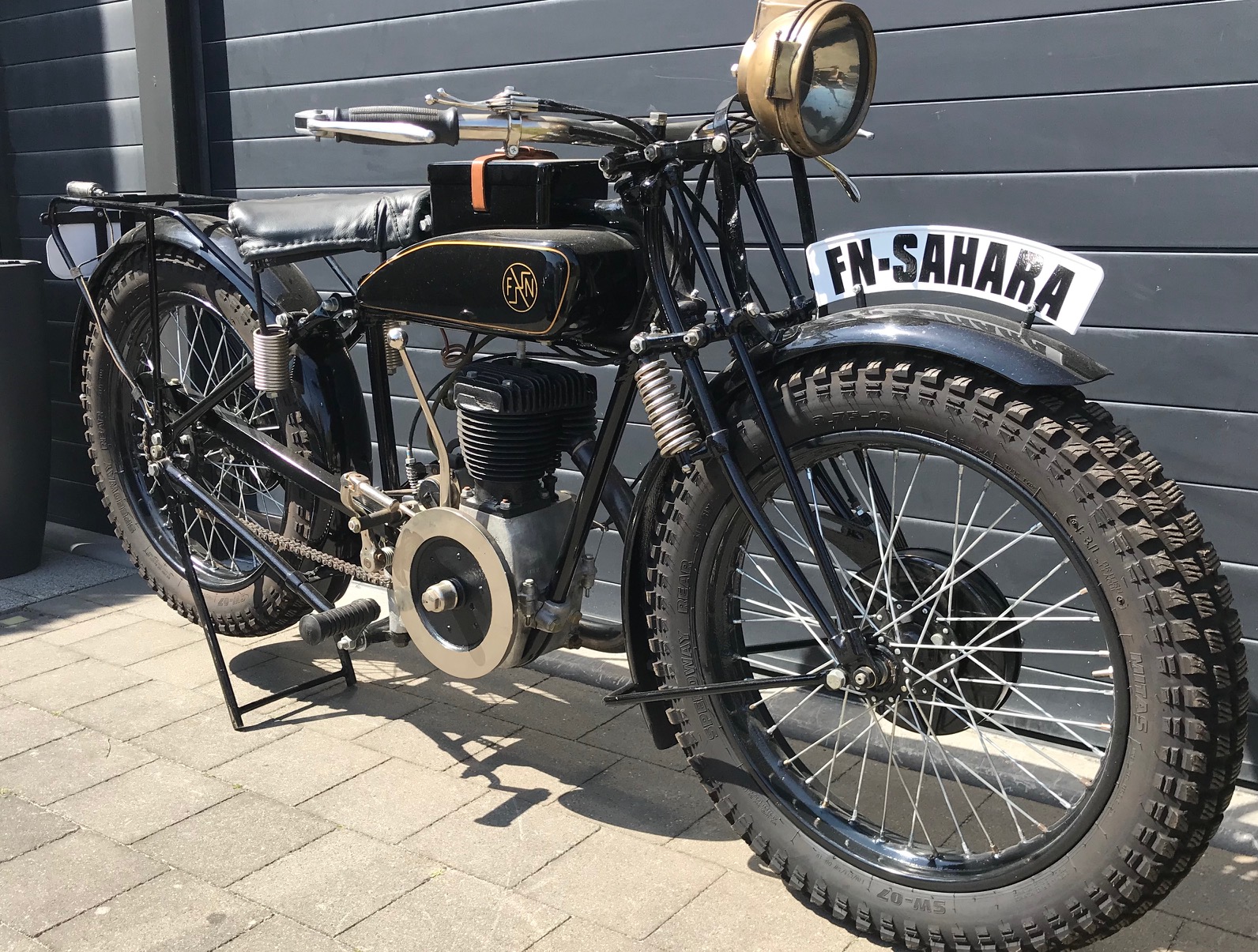 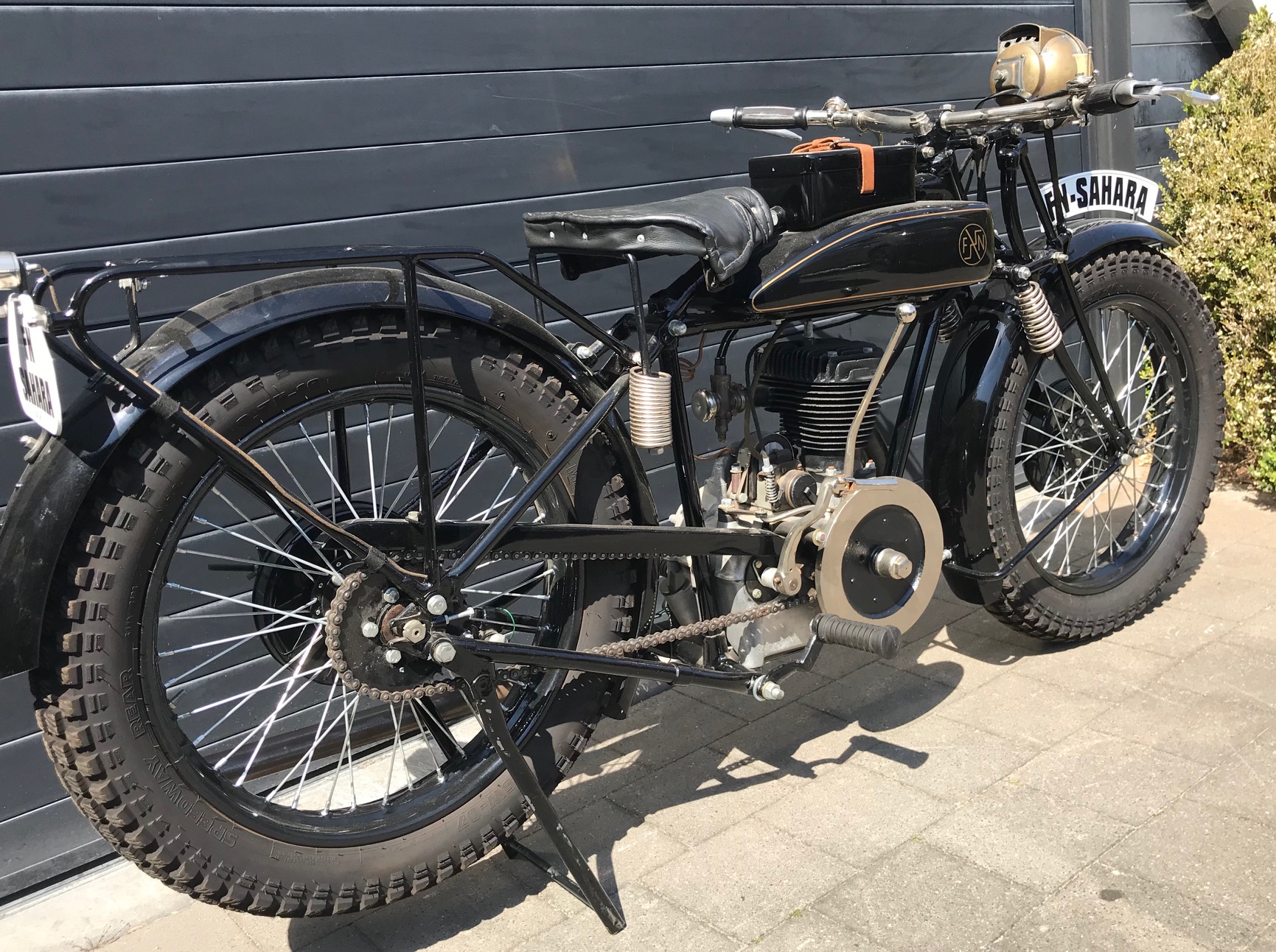 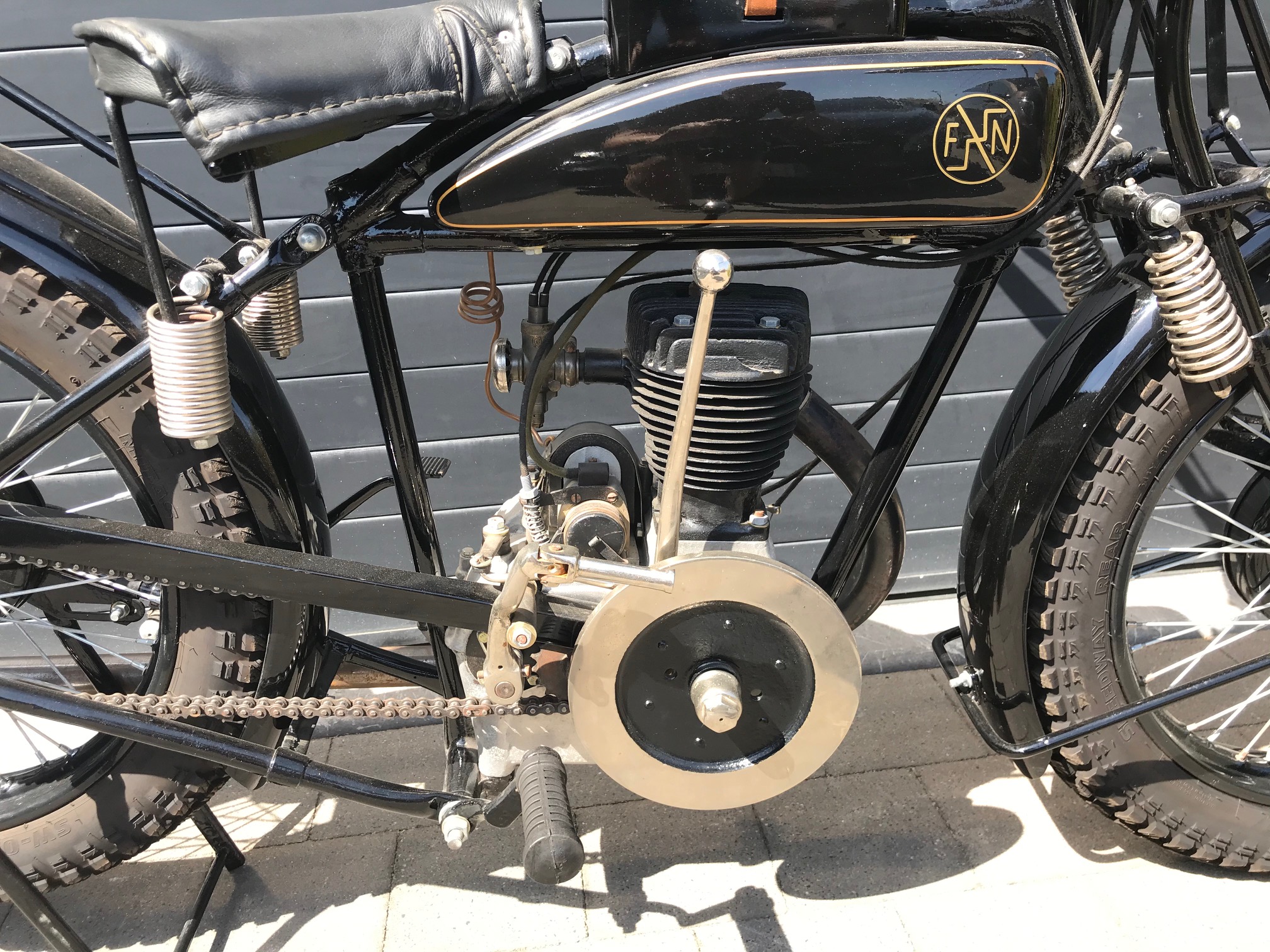 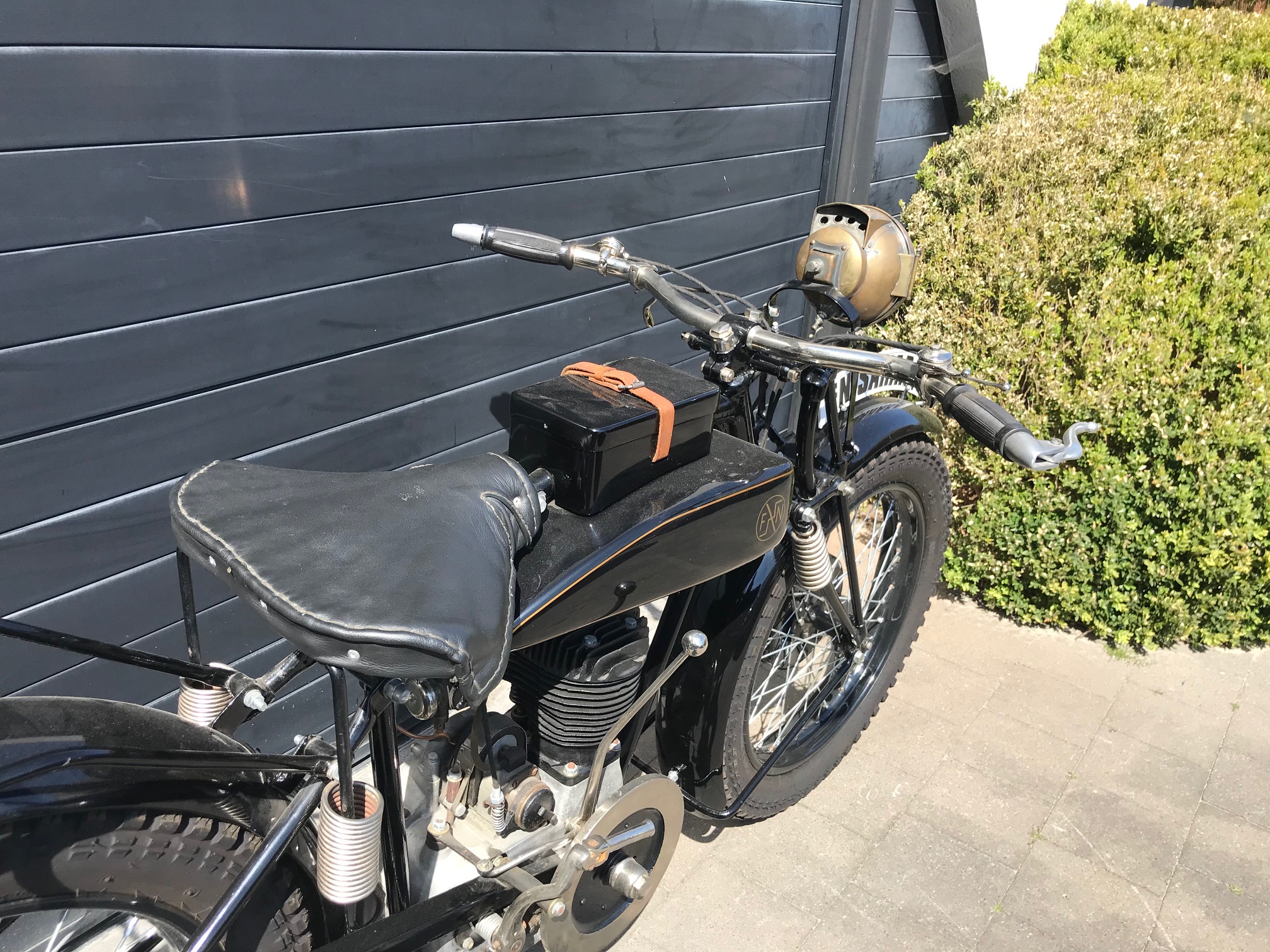 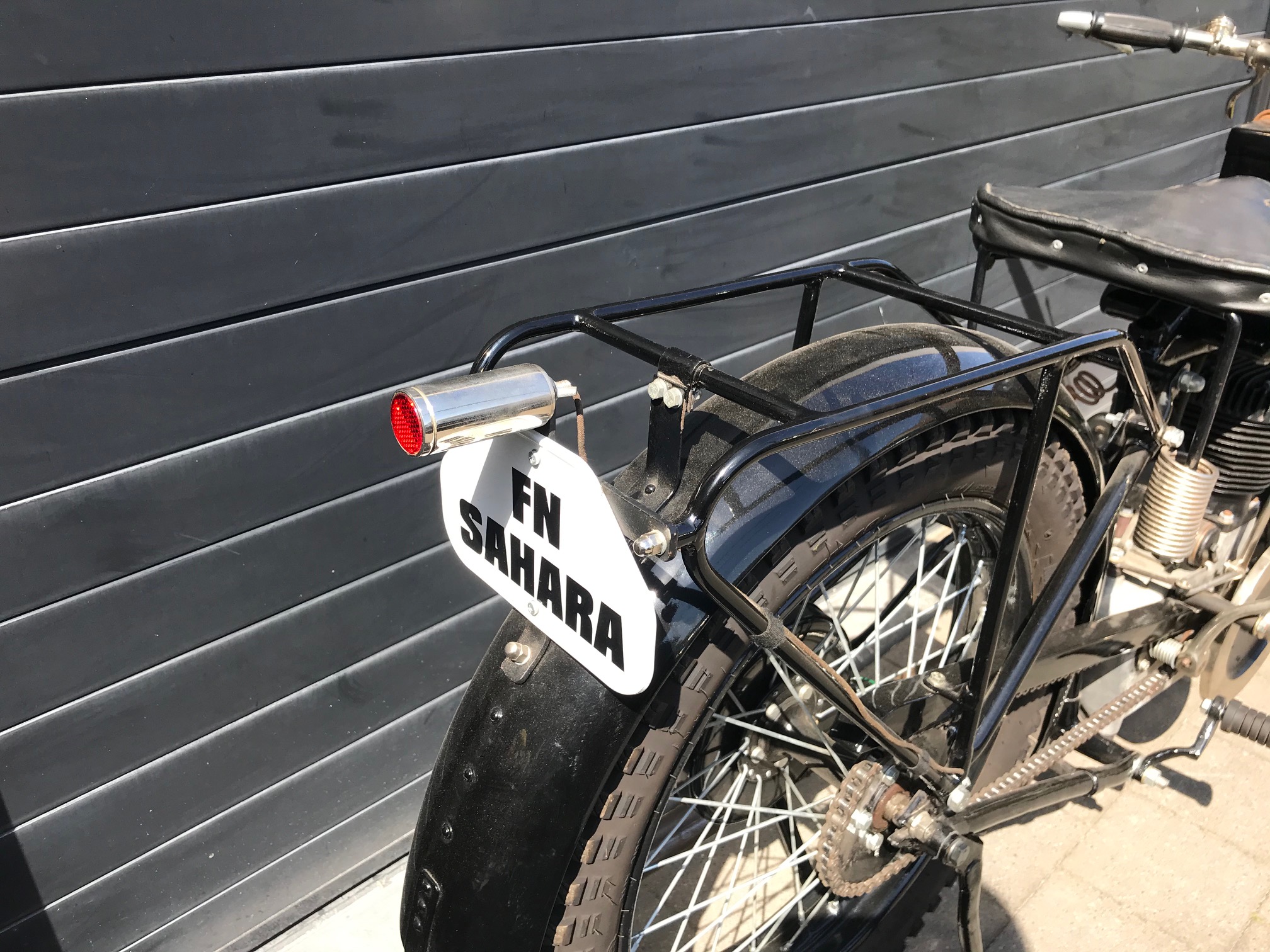 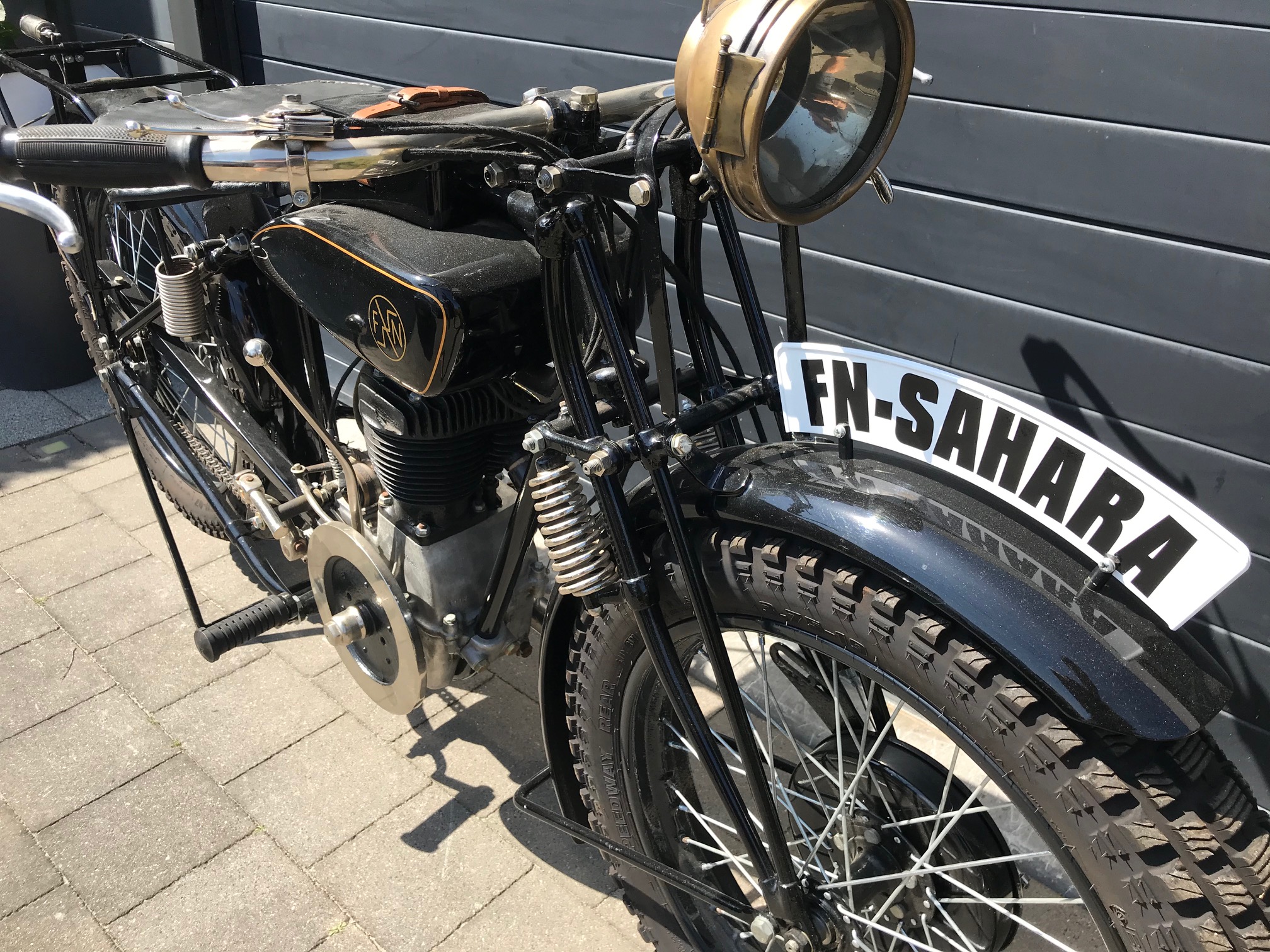 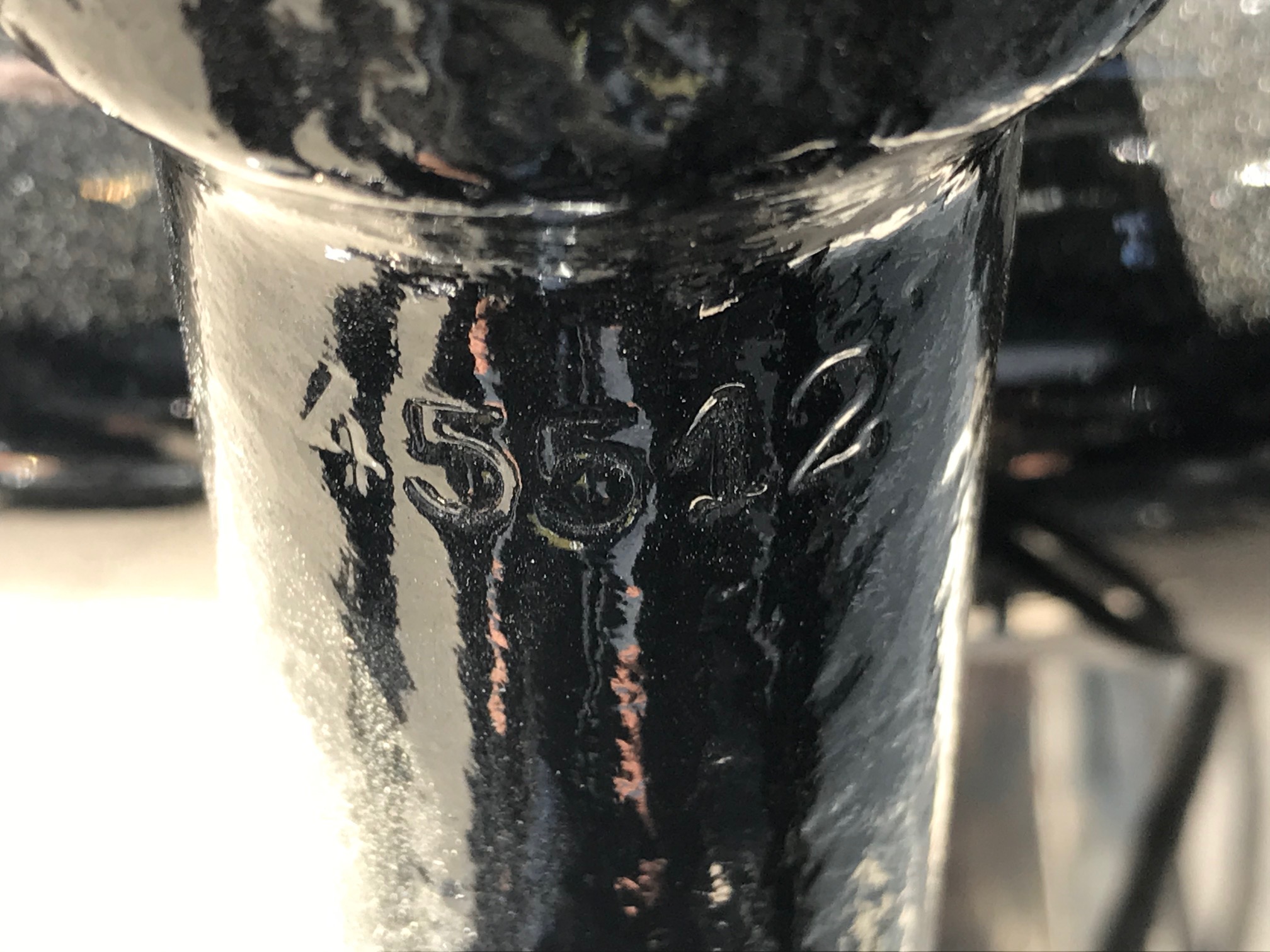 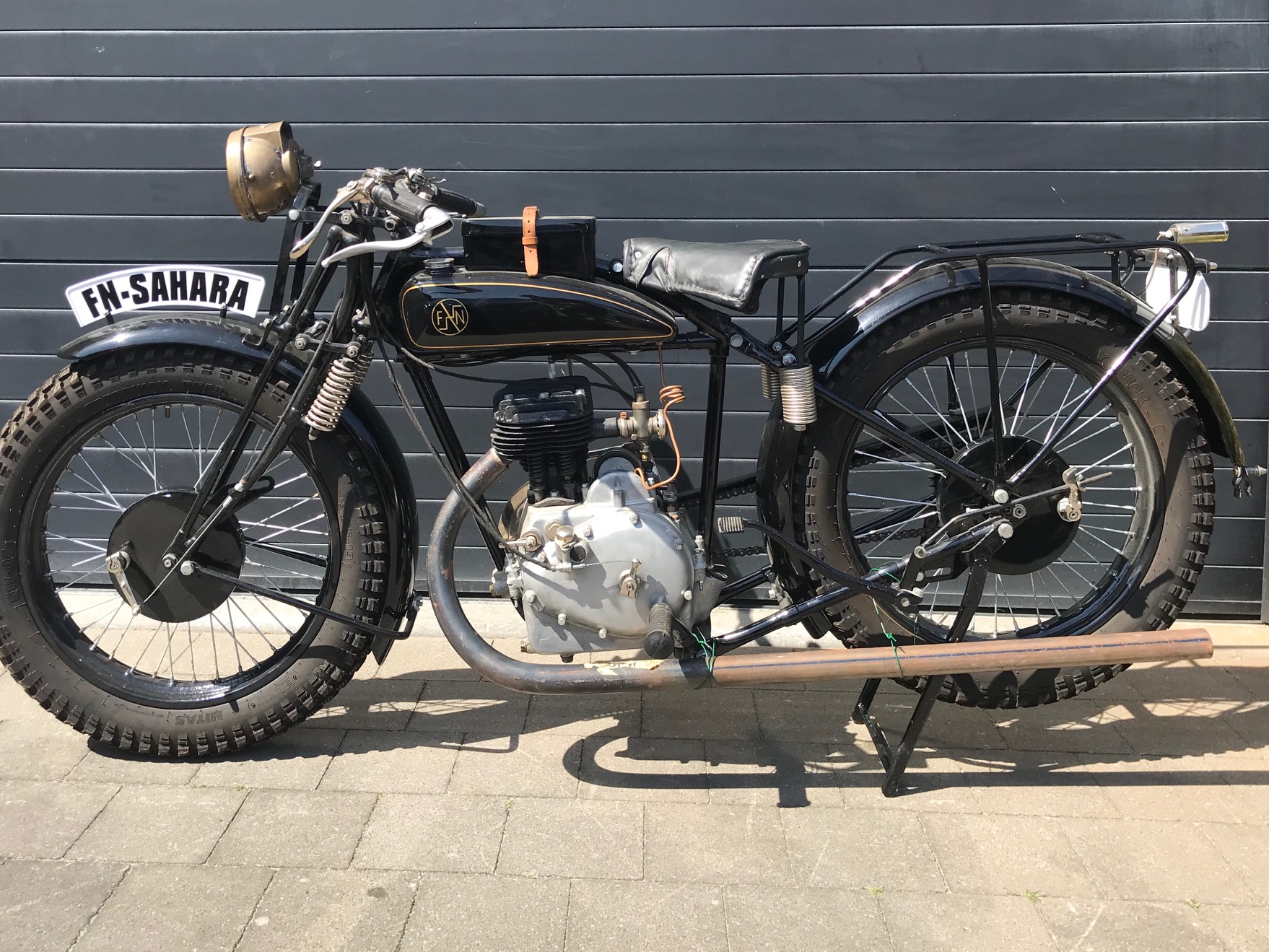 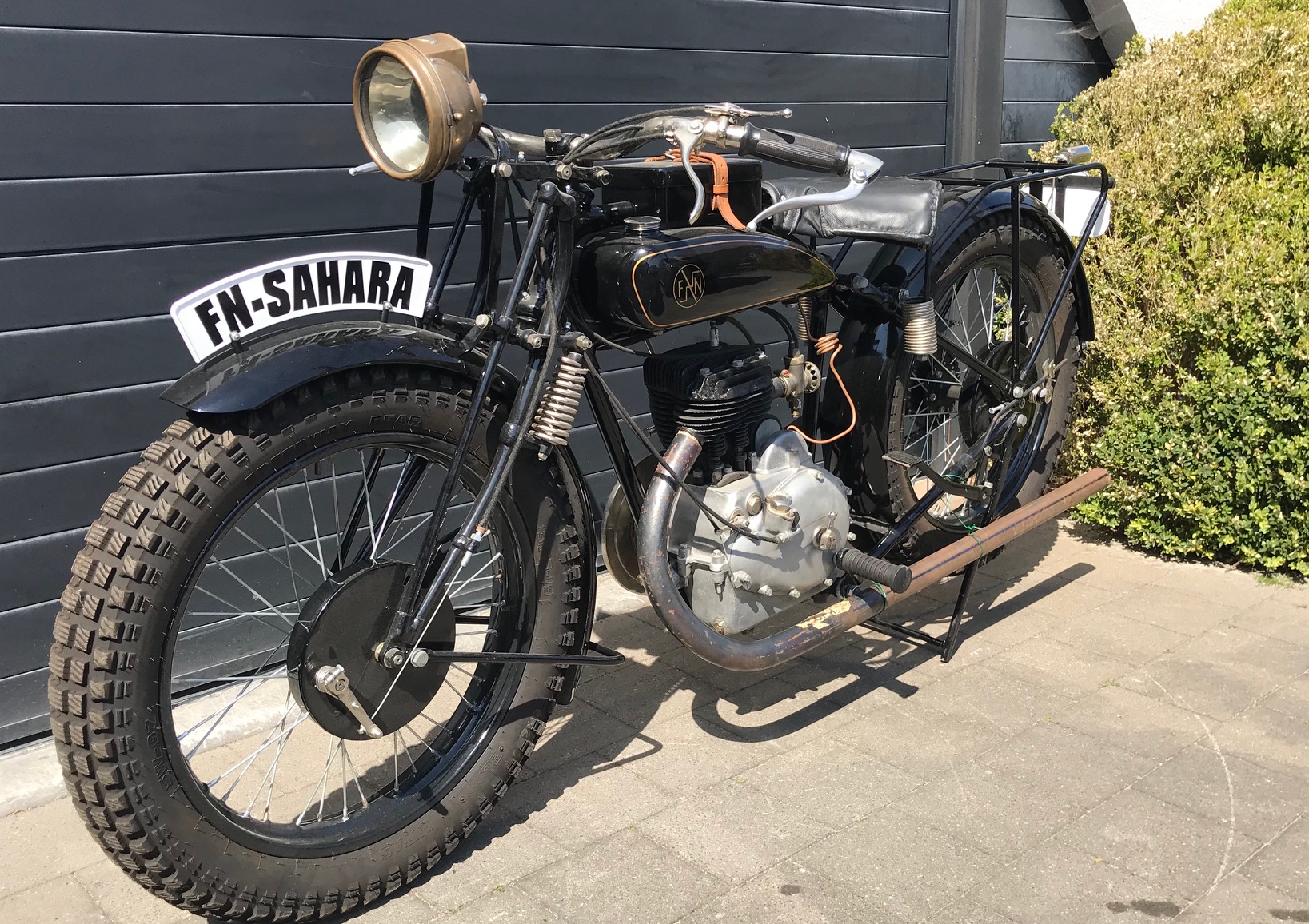 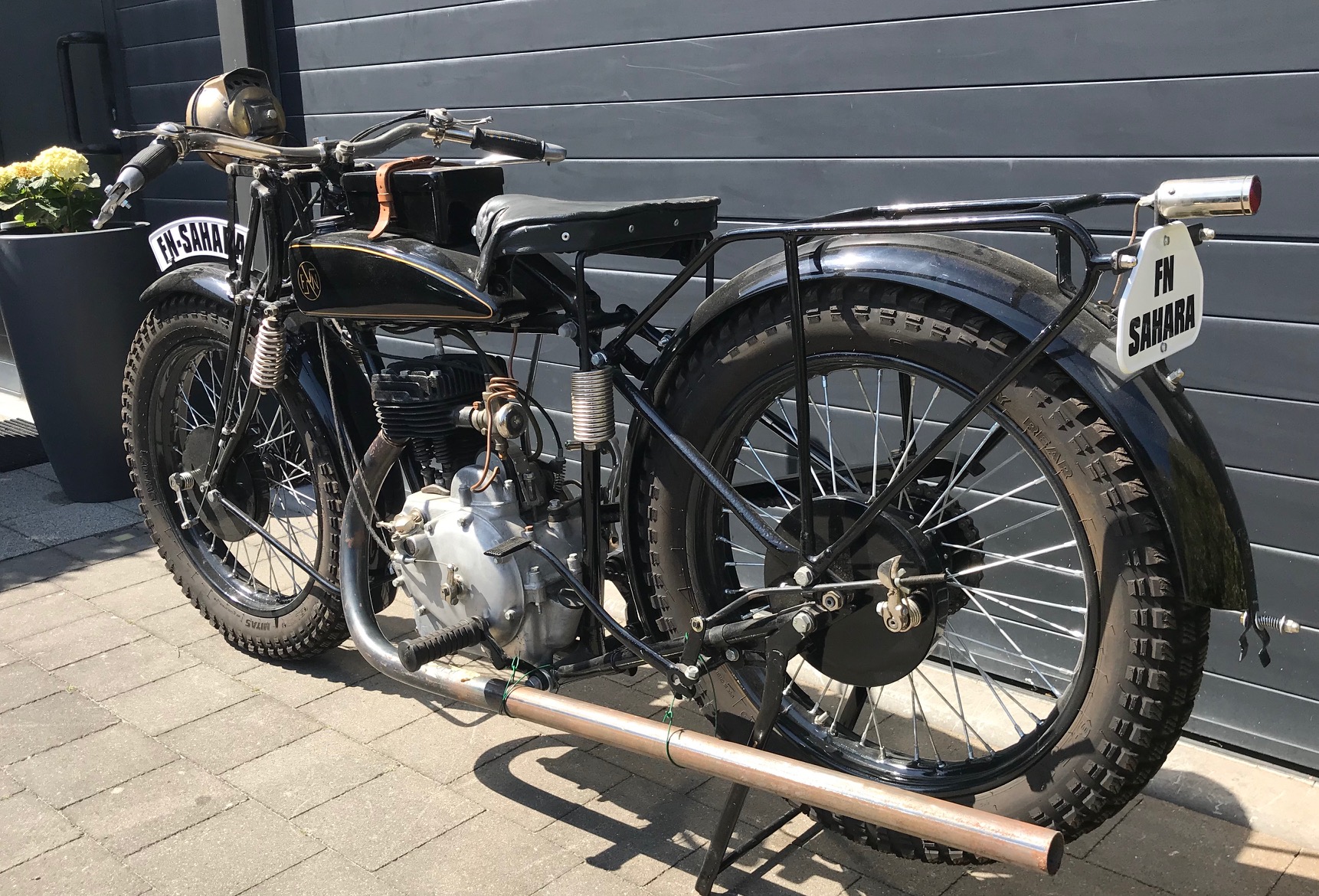 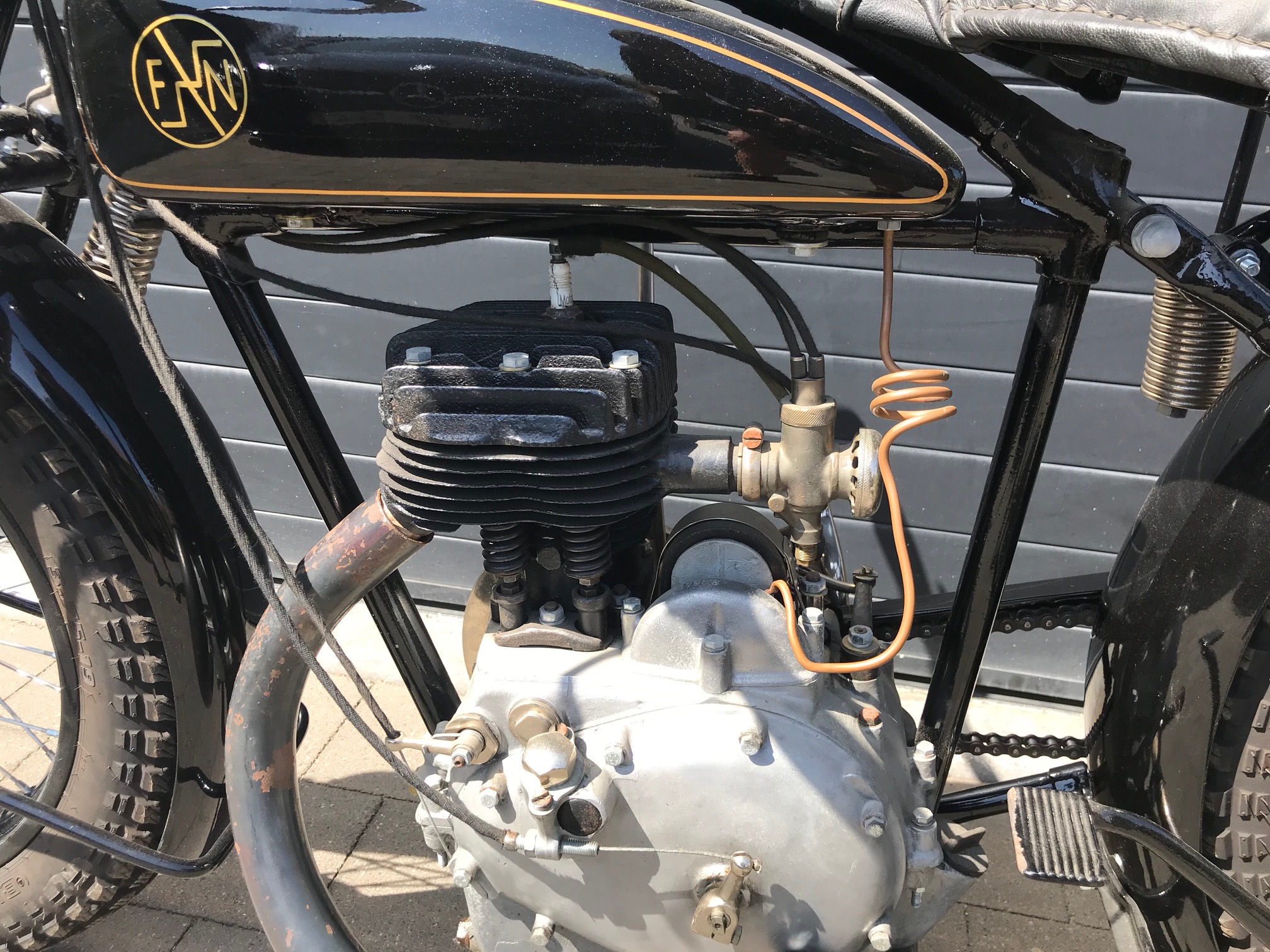 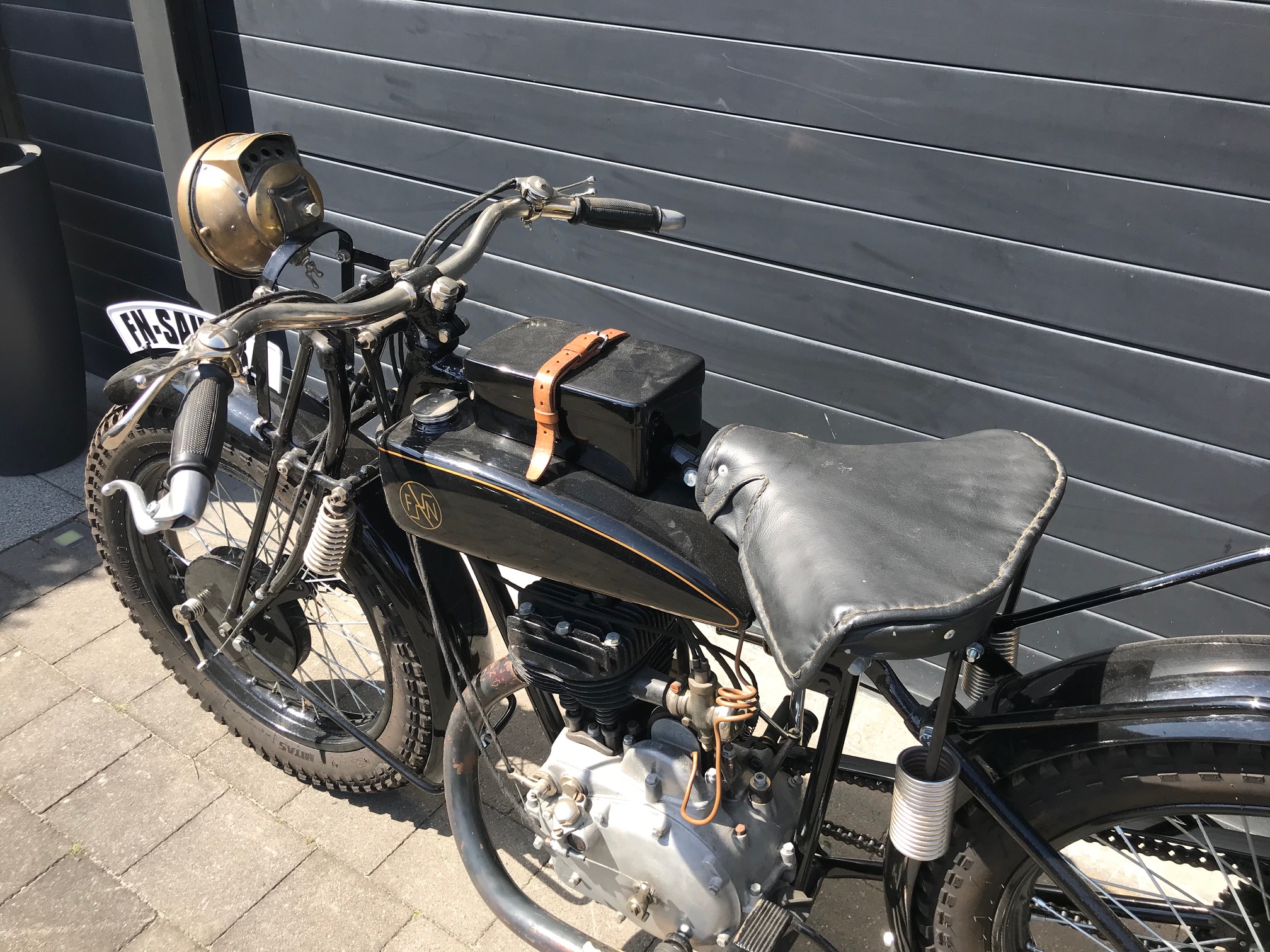 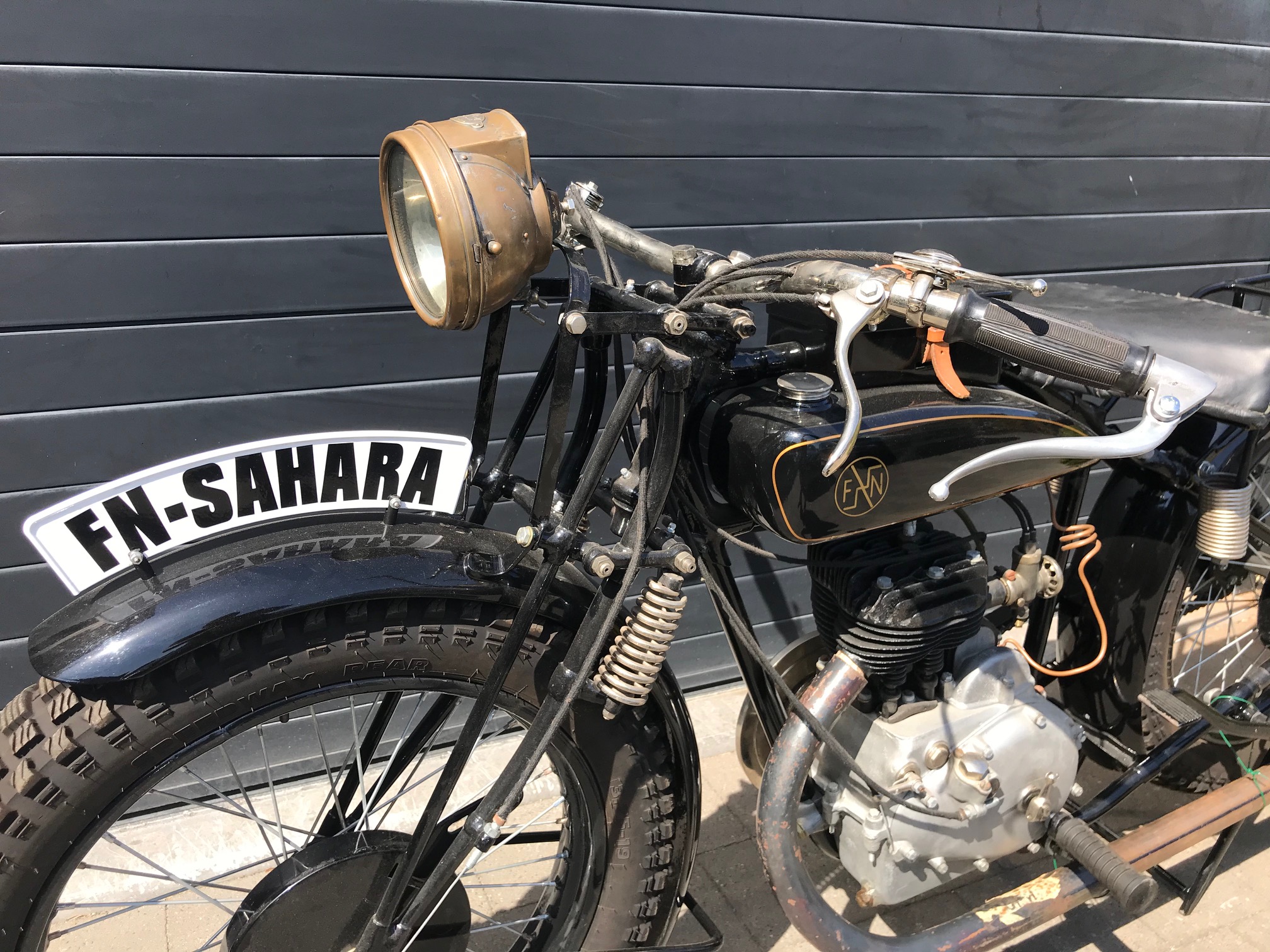