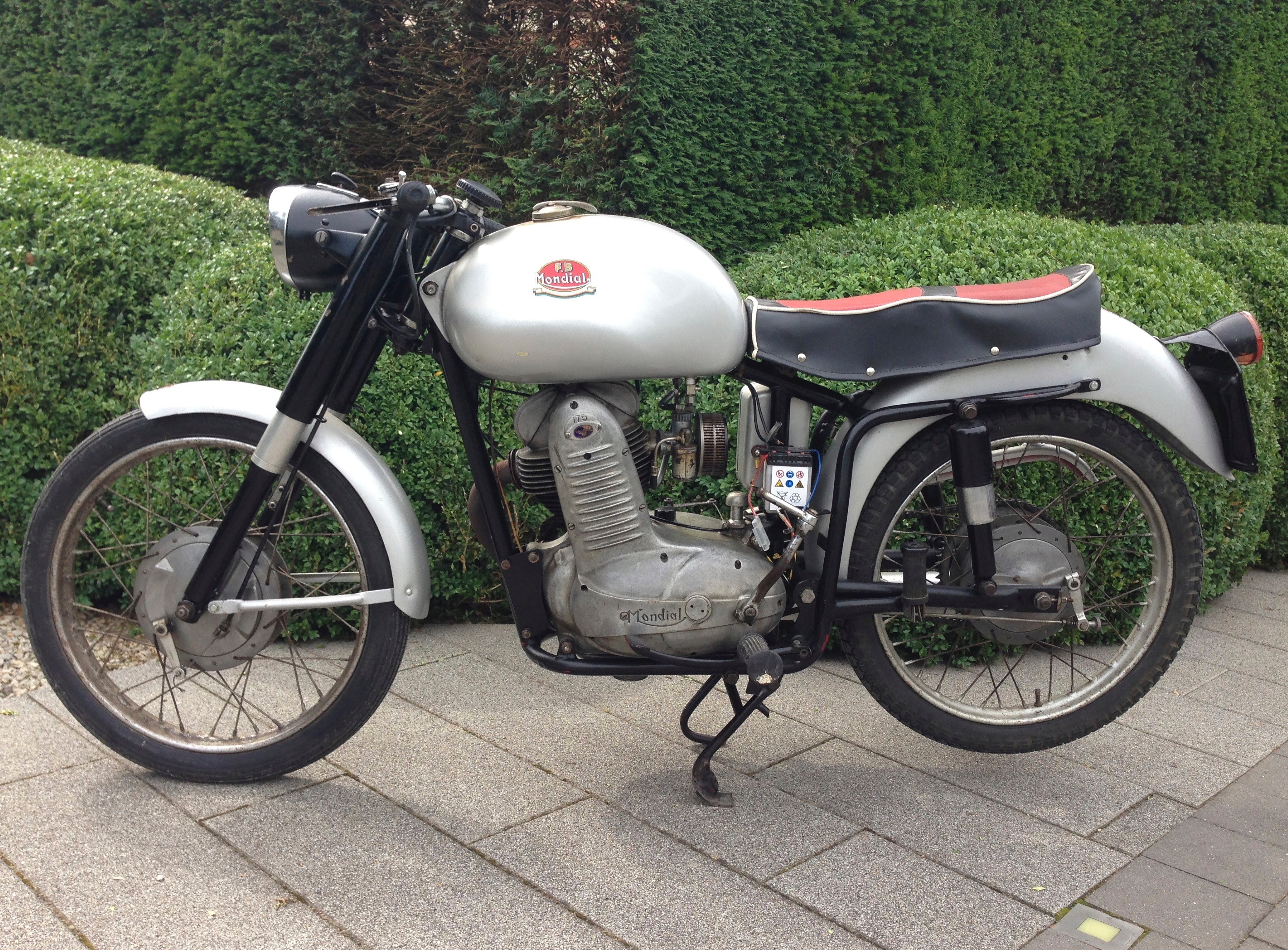 FB-Mondial (1948-1979) was a motorcycle manufacturer based in Milan, Italy between 1948 and 1979, known for its world championship road racing successes during the 1950s. The company produced some of the most advanced and successful Grand Prix road racers of the time, and has won the World Championships 5 times. The "F.B." in the name stood for "Fratelli Boselli", the Boselli brothers. At a time when MV Agusta and Ducati economics produced lightweight 2-stroke motorcycles, mopeds and scooters, Mondial made a high quality sporty motorcycle. The Mondial factory in Milan was much smaller than the big Moto Guzzi, Gilera or Benelli worries, and was more of a "boutique" manufacturer specializing in high-performance, small cc motorcycles. Much of the production of each engine was made by hand, which kept production low, with production numbers typically varying between 1000 and 2000 units per year. In 1949, when MV Agusta decided to produce a 4-stroke engine, they bought a Mondial 4-stroke engine as an example. Mondial had also prepared a motorcycle with desmodromic controls (for Ducati), but never went into production.
This model is a 175CC TV ( TURISMO VELOCE) with overhead camshaft. This motorcycle which is rarely for sale is in very good original condition. 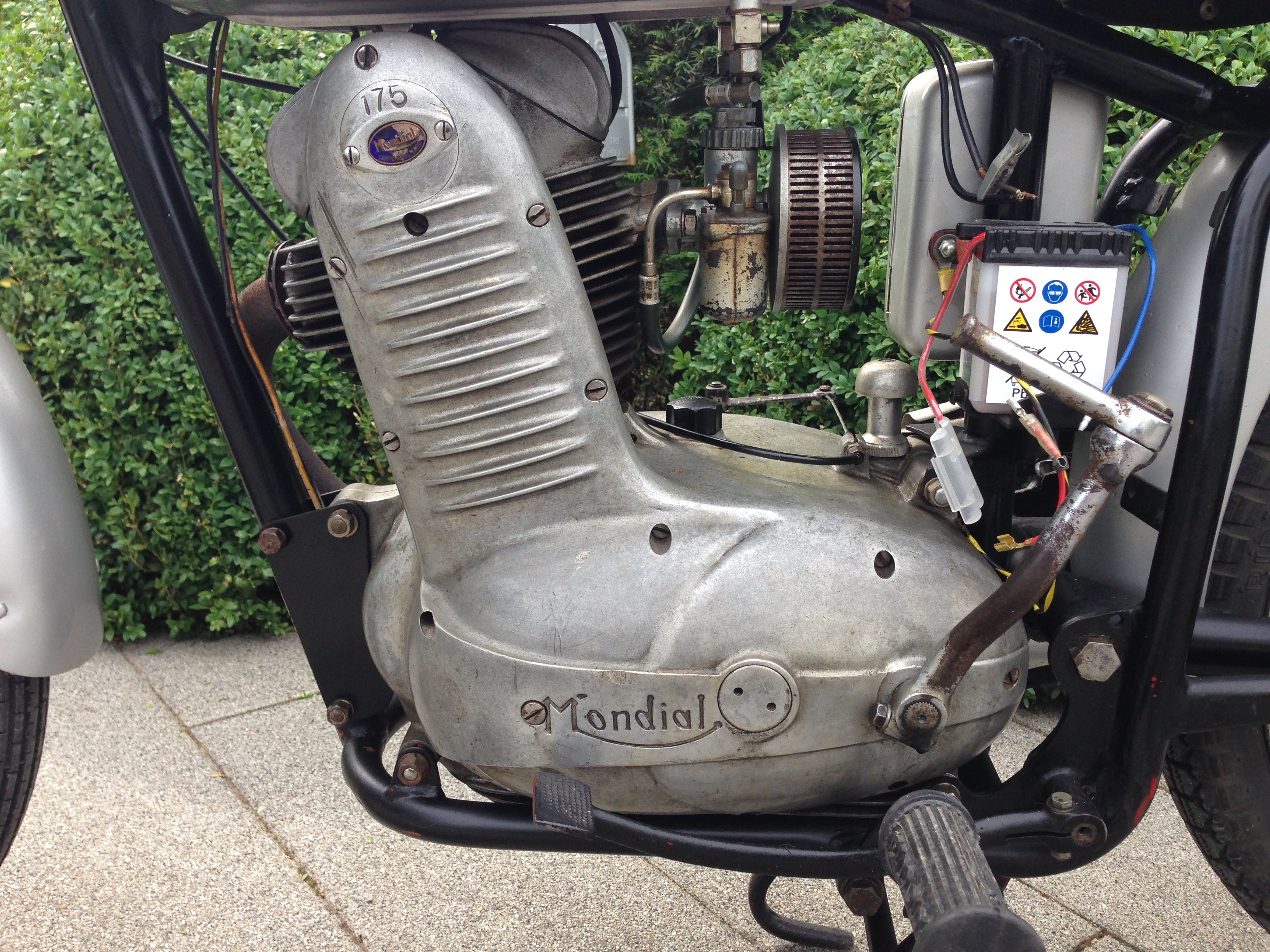 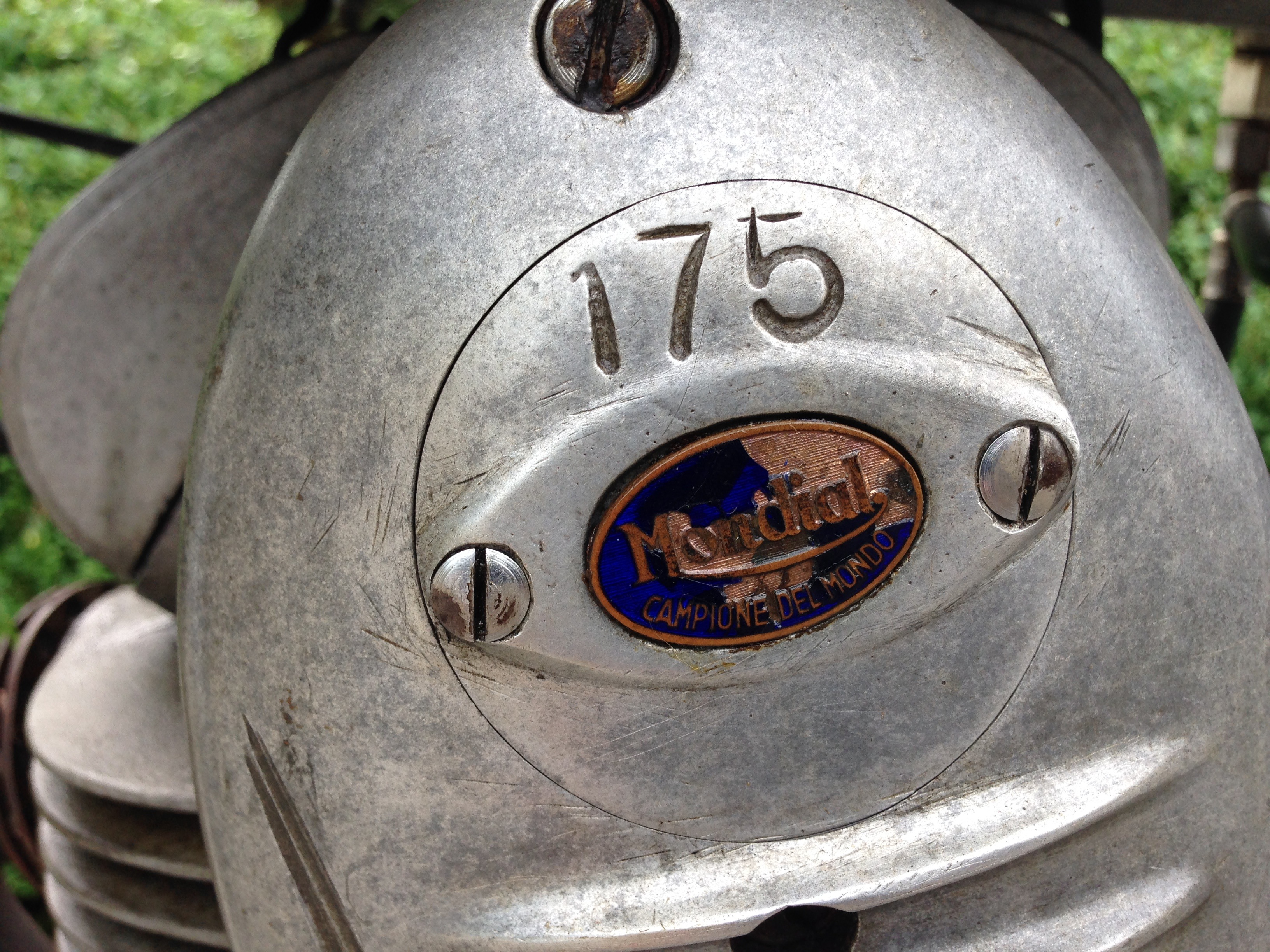 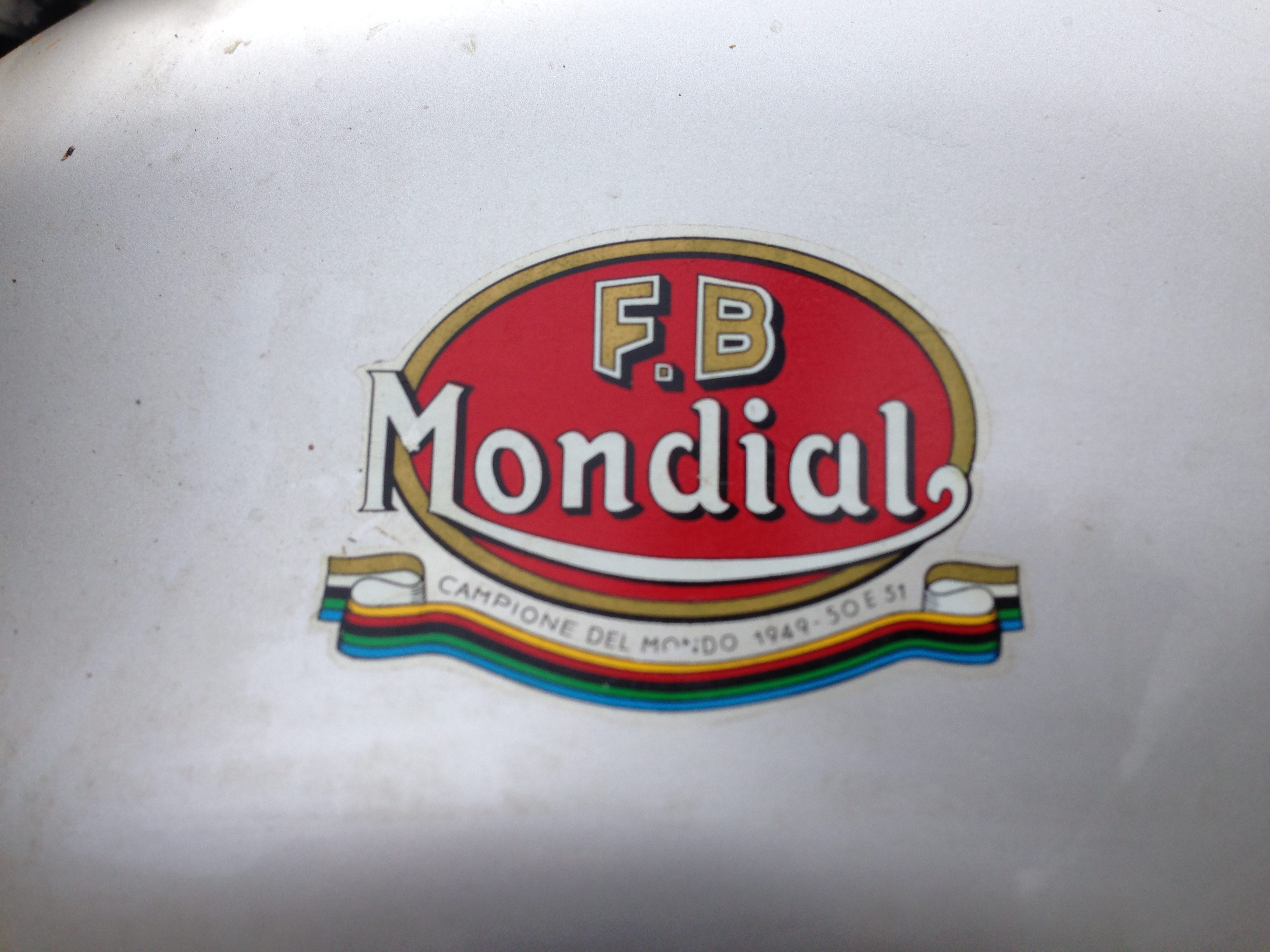 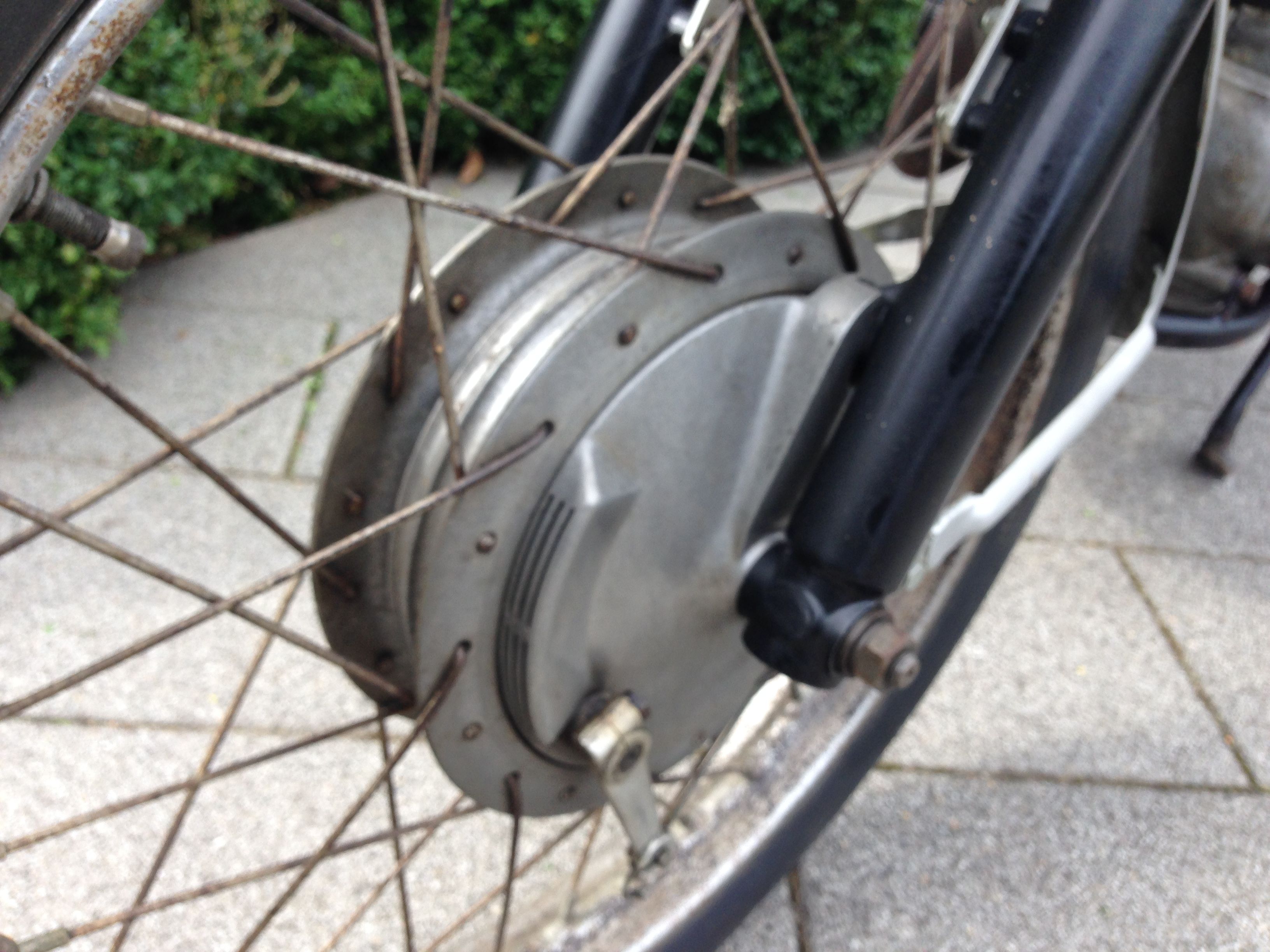 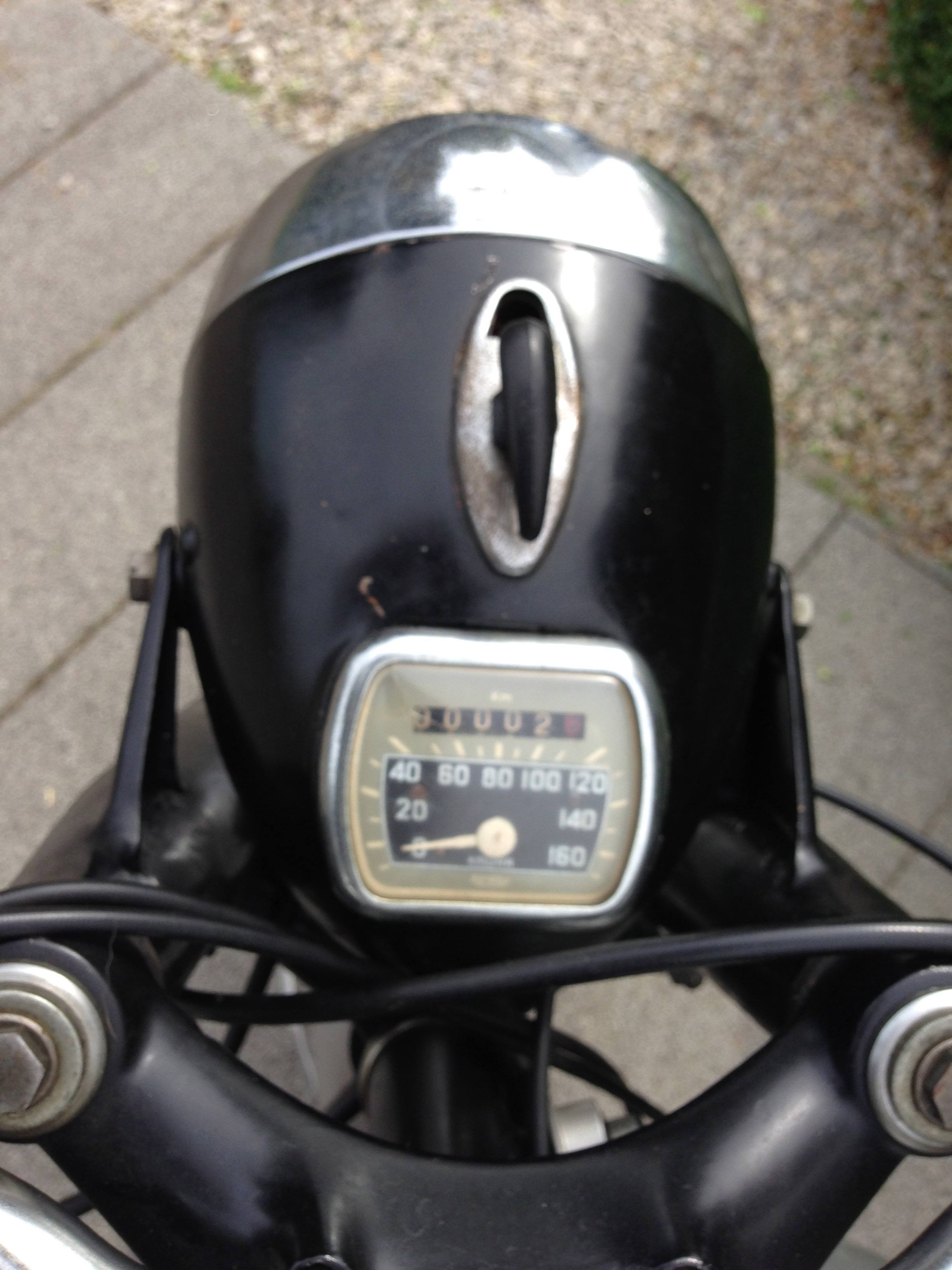 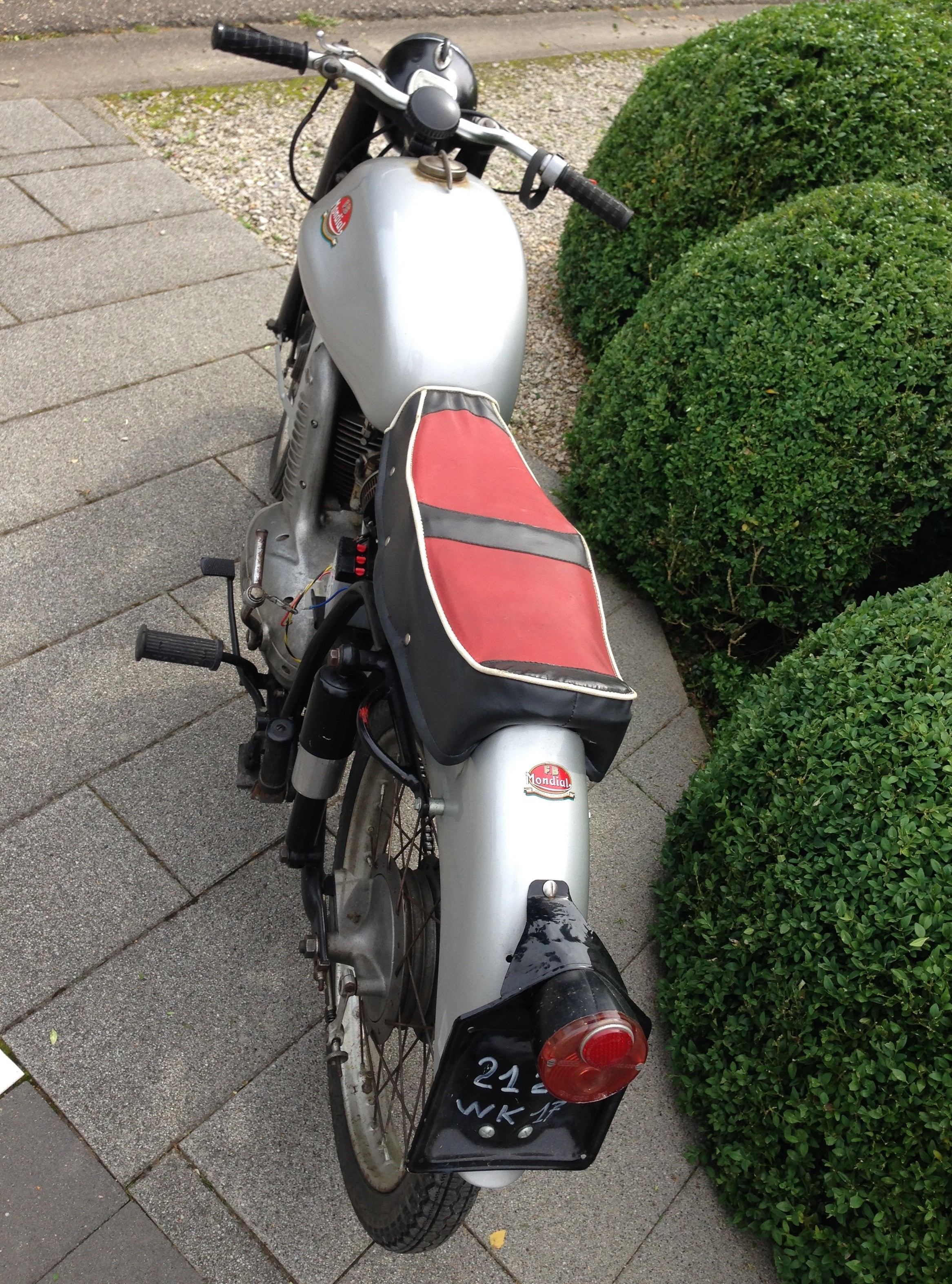 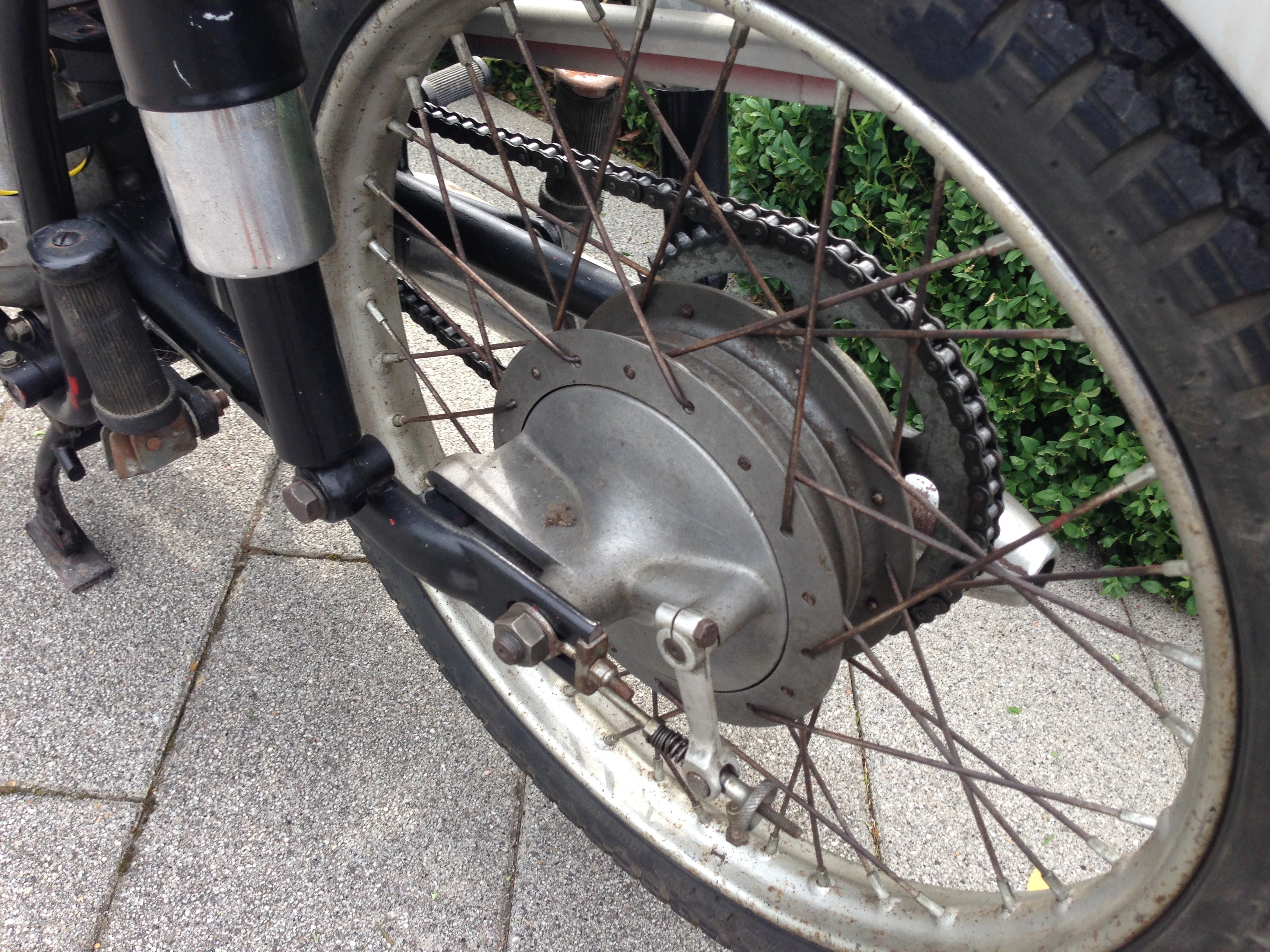 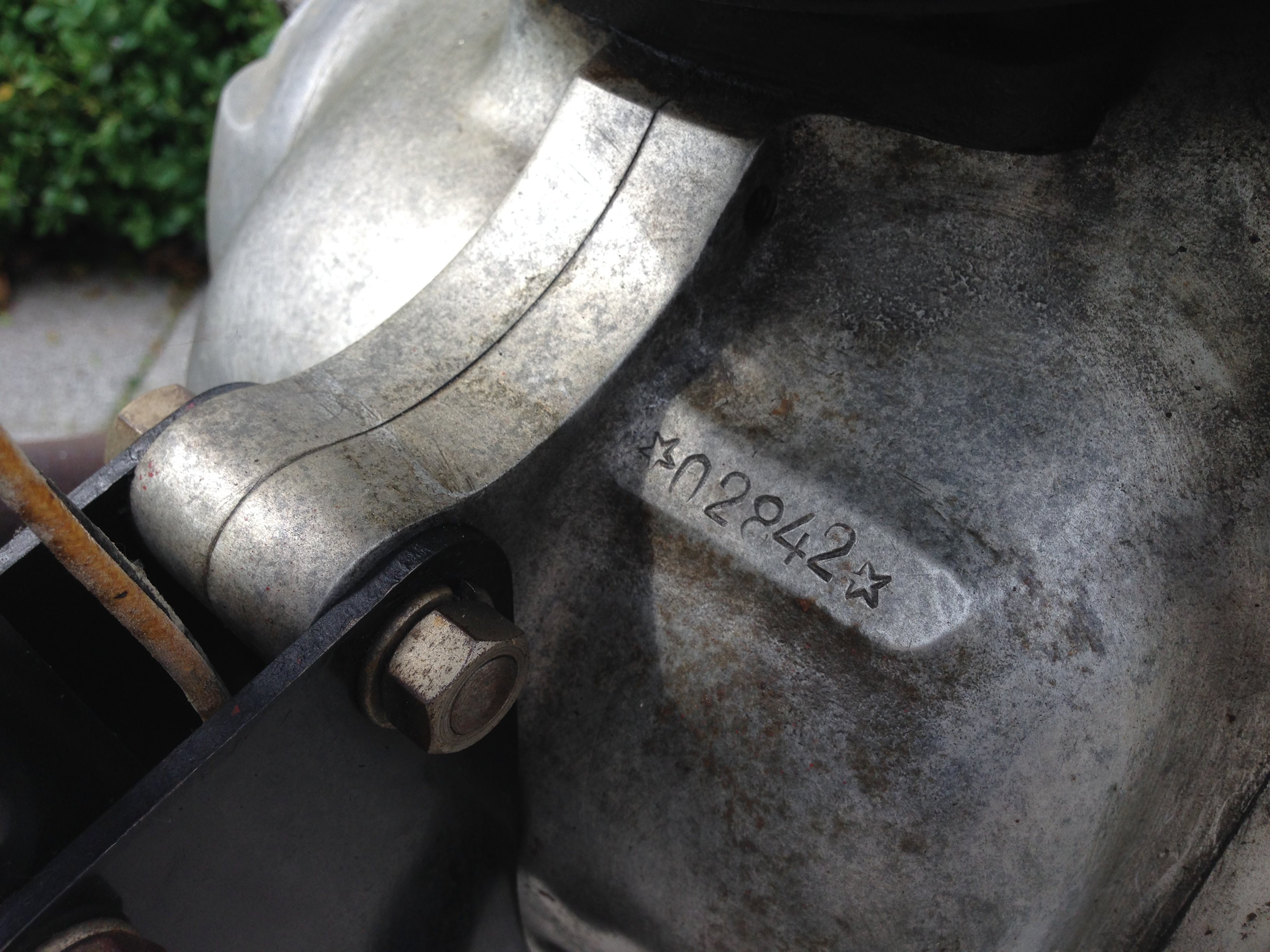 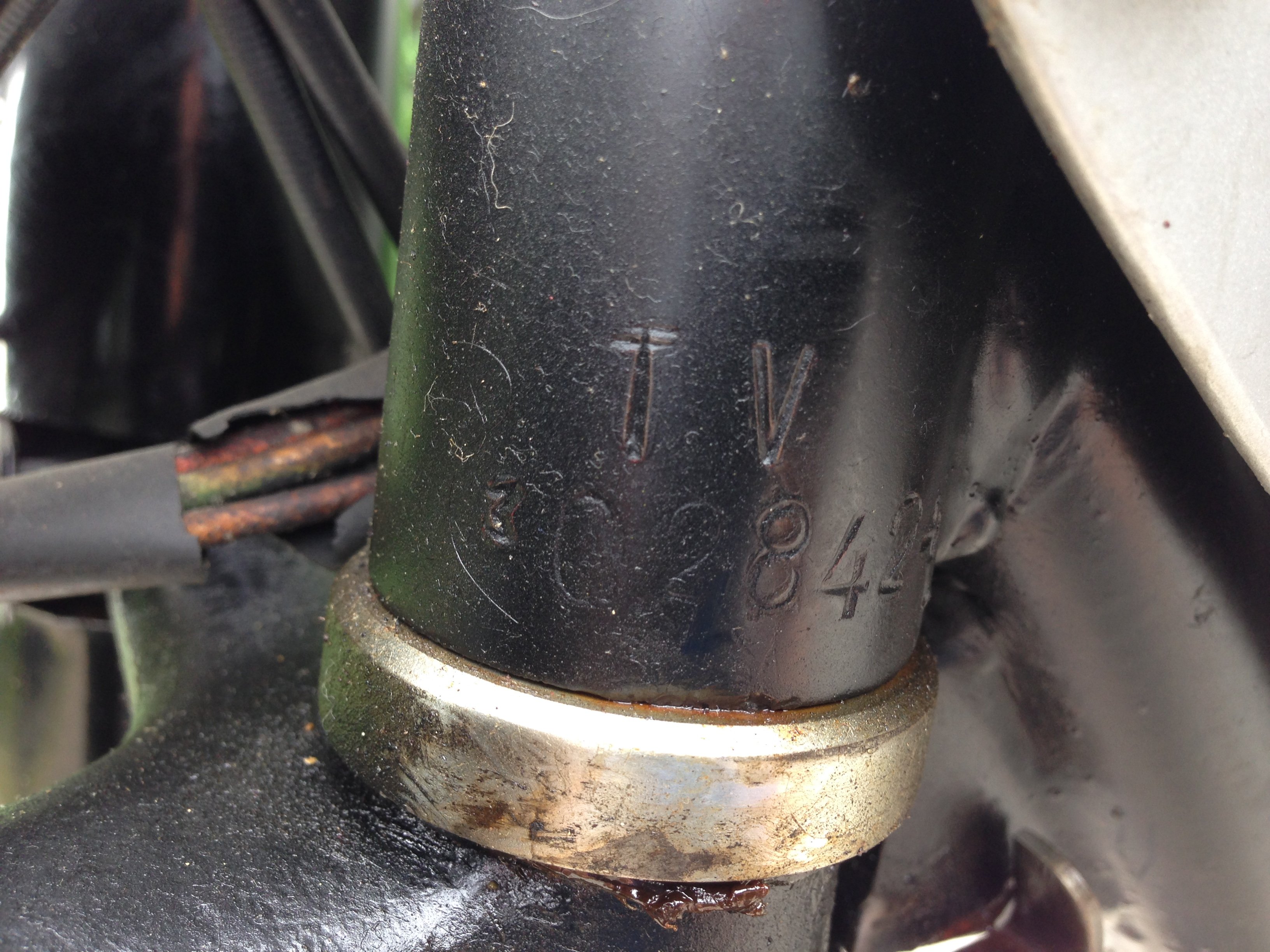 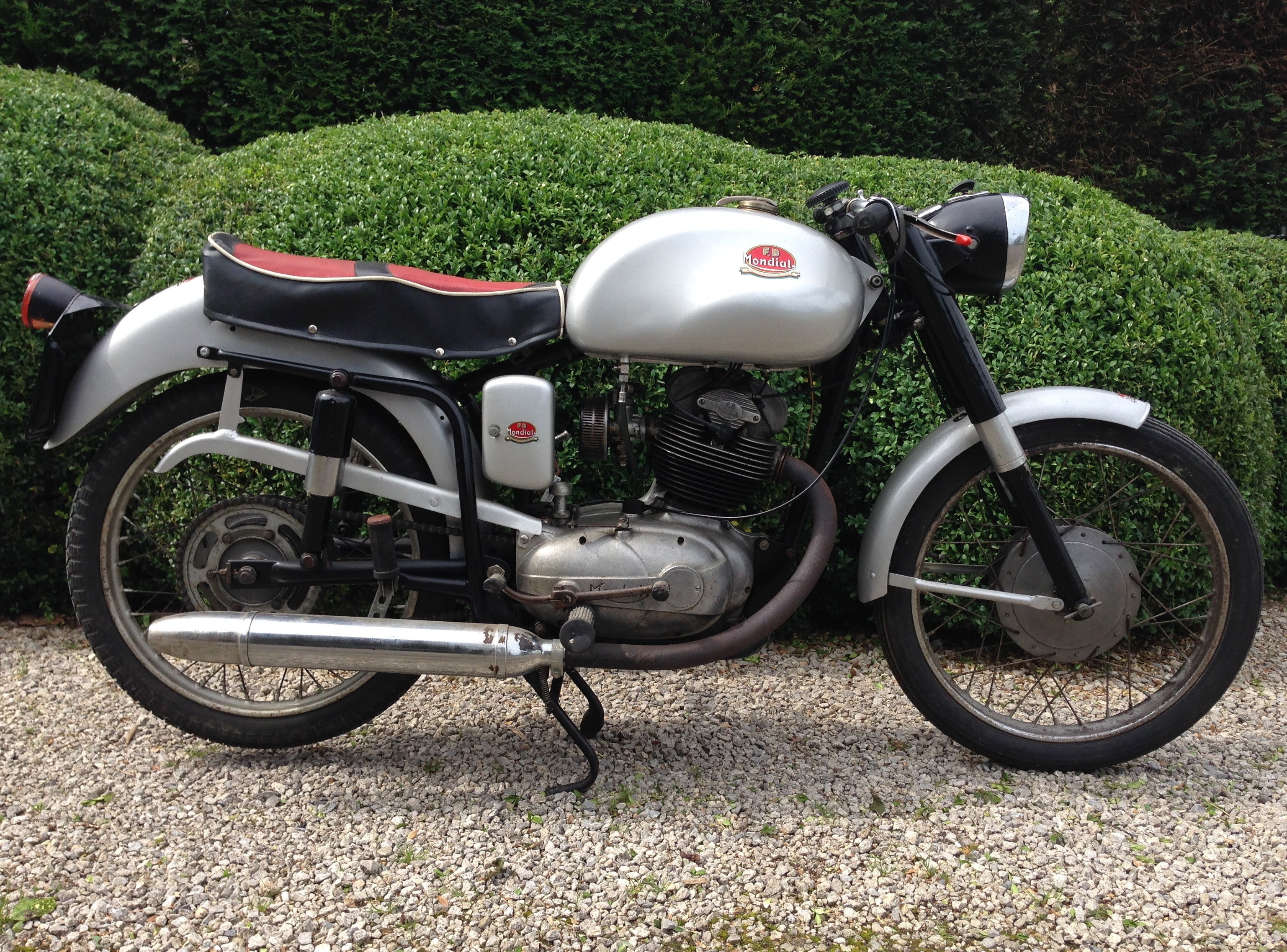 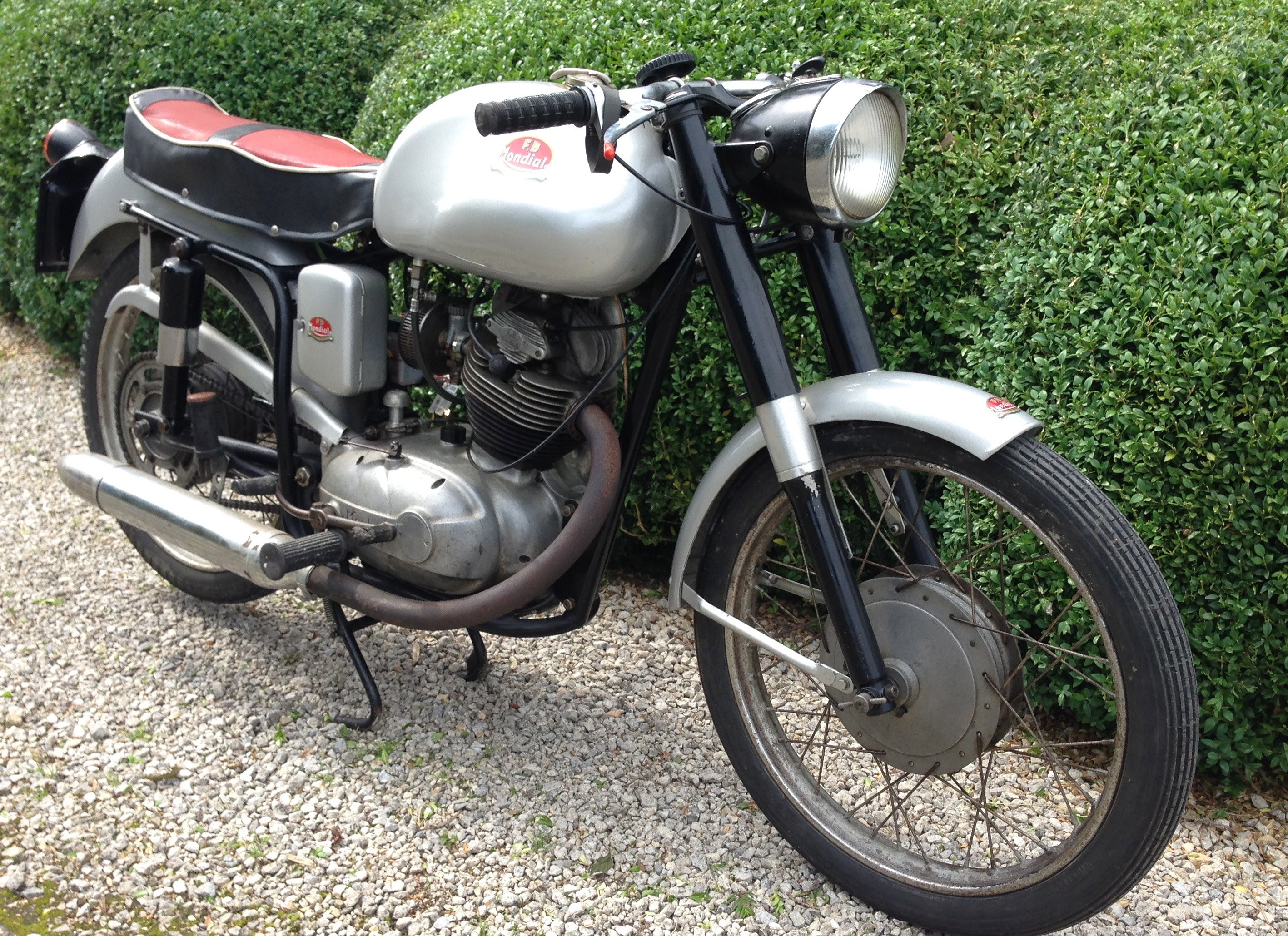 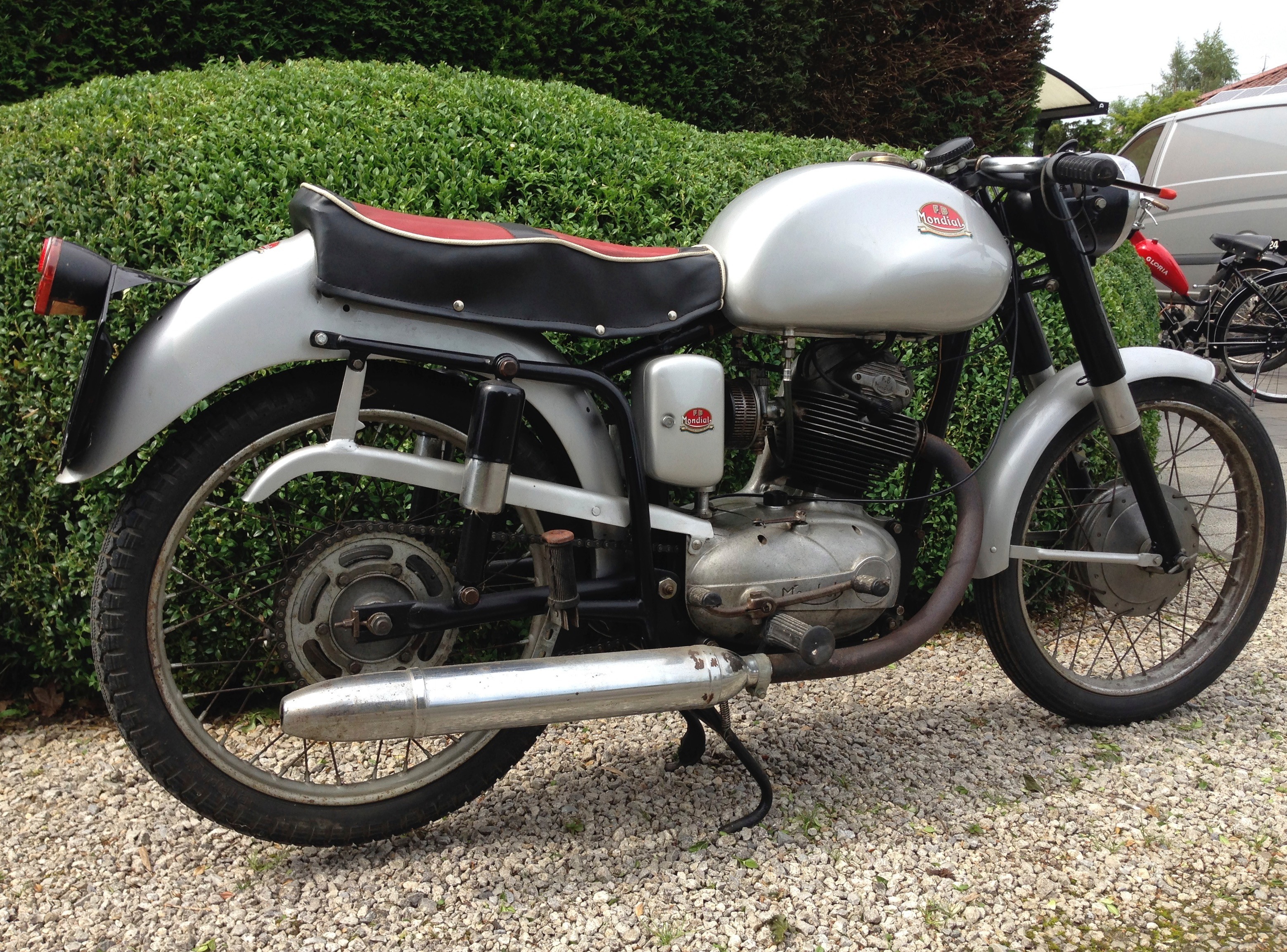 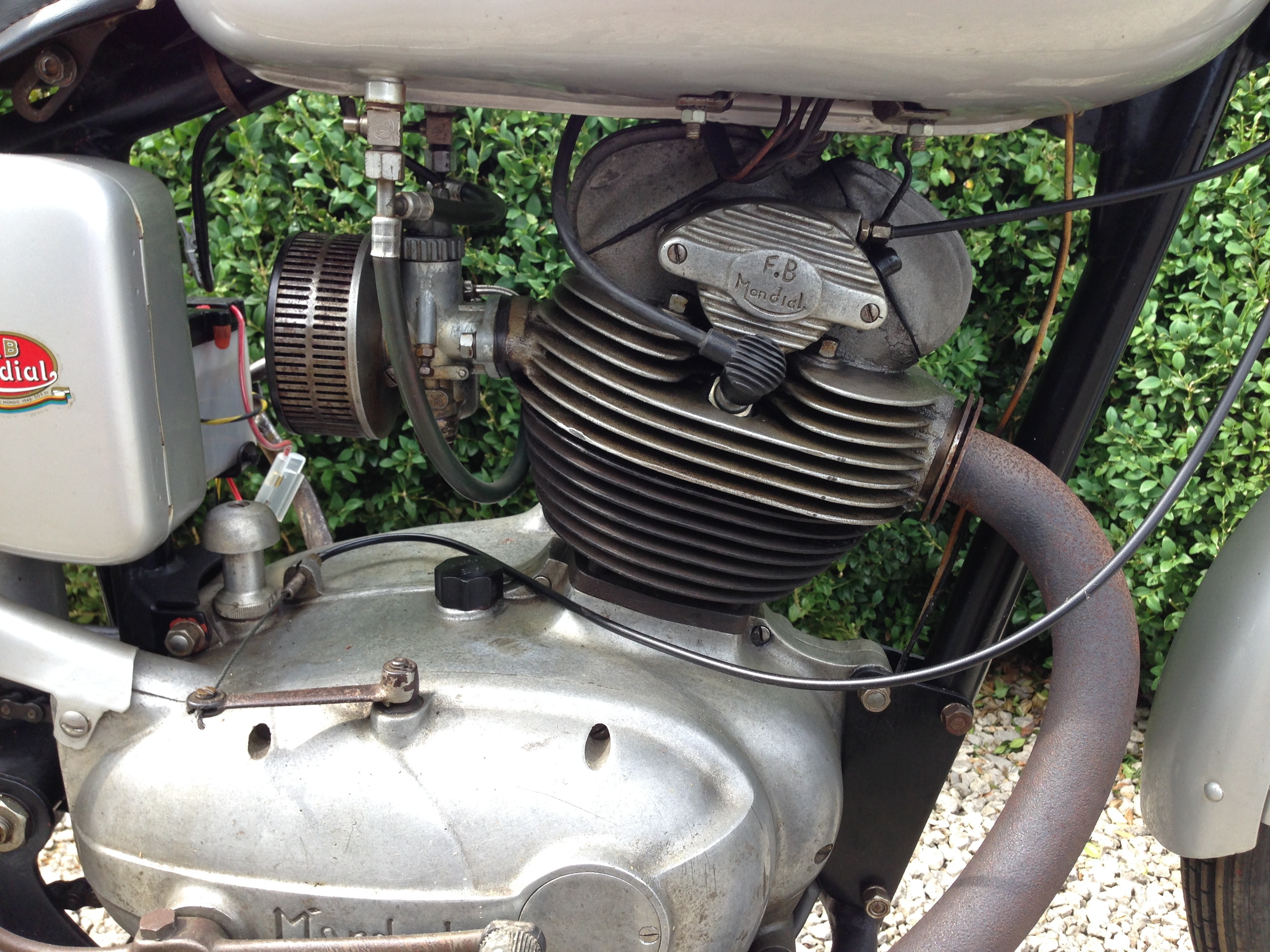