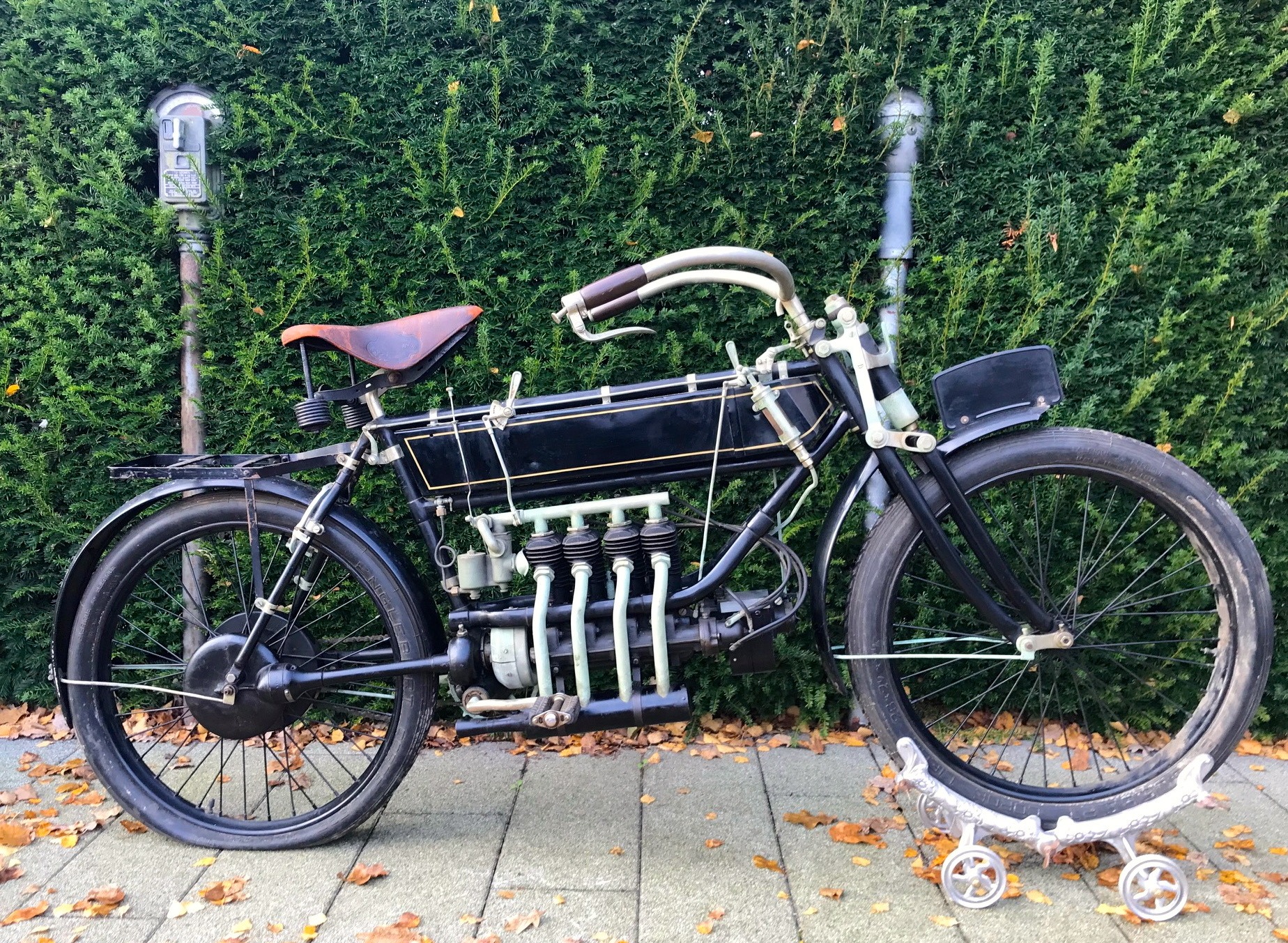 If you thought you'd seen it all... take a look at this.
Shop new 1908 FN 4 cylinder. Never sold, never drove, never restored, never put in petrol, never put in oil,... this is what a 1908 FN looks like when it would be delivered. This is a real time capsule of FN. This motorcycle was owned by the FN factory and was in the museum of FN. It was sold to an employee in the 1980's and has never been started up, never cleaned, only stored until now. This is the first time this motorcycle sees the sun. The original tires from 1908 are still in very good condition because they never saw the sun. A Belgian motorcycle which is built near Herstal - Liége must have tires from Englebert before the first world war. But from the factory in Liége as on this FN. Englebert's factory was in Antwerp near the harbour because that's where the rubber and latex from Africa came in. Most of the Belgian motorcycle industry was situated around Liége, that's why Englebert had a factory in Liége, only to supply the factories. That's why these are the original tires by the marking Englebert - Liége. The nickel is completely dull because of the age but is still in very good condition. I'm not going to clean this up and I'm not going to start this bike because it's only 1 shop new. 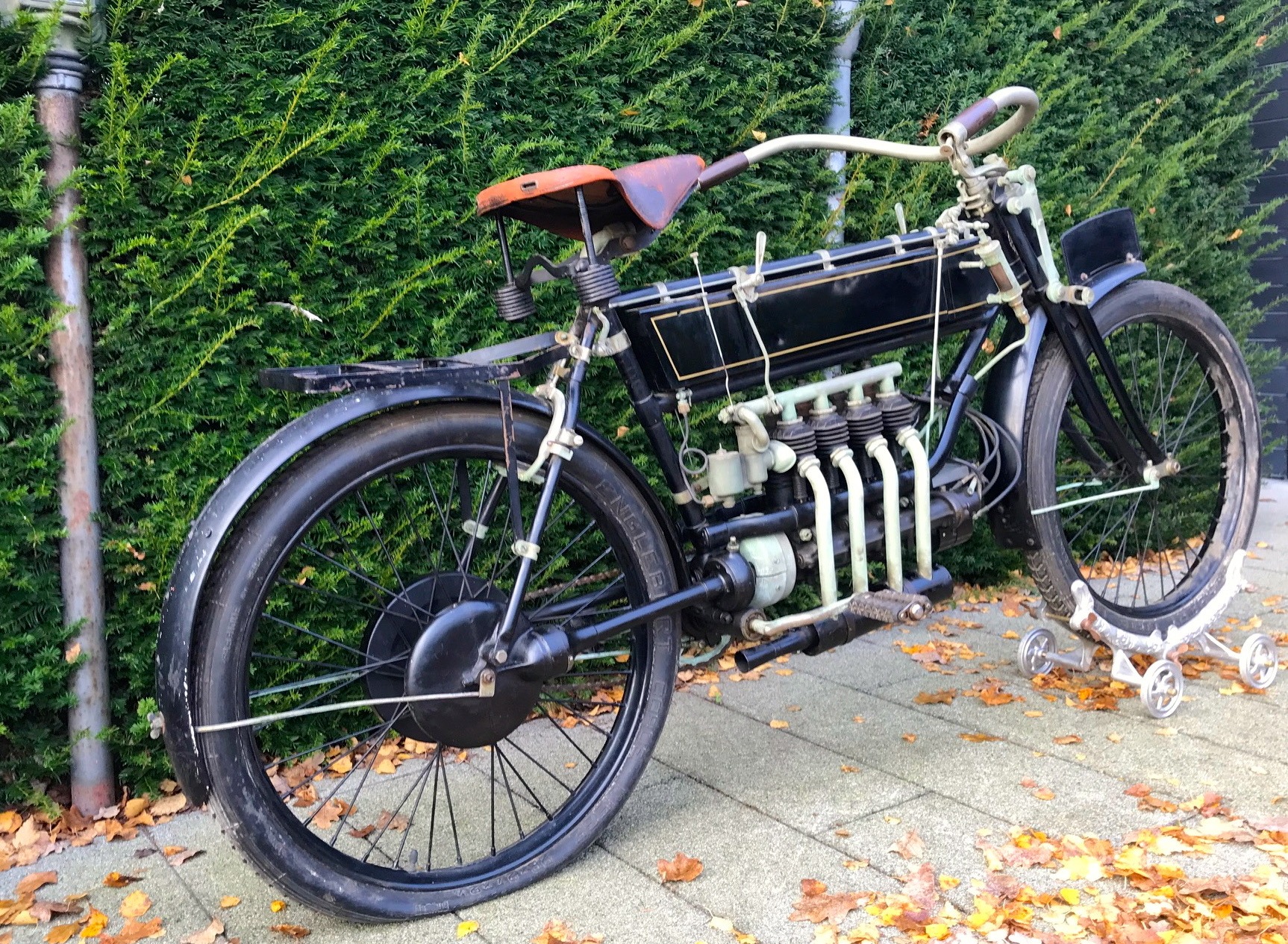 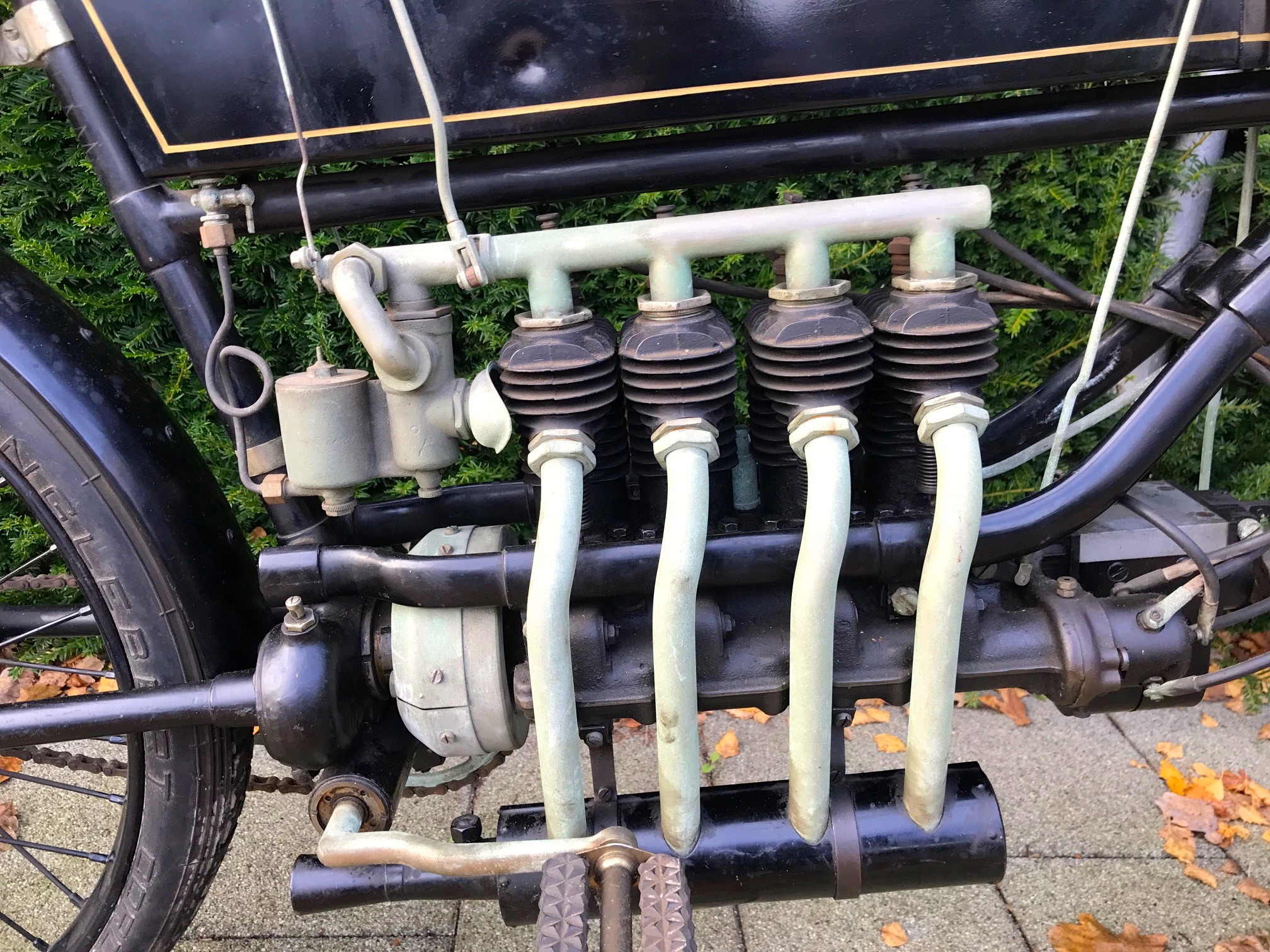 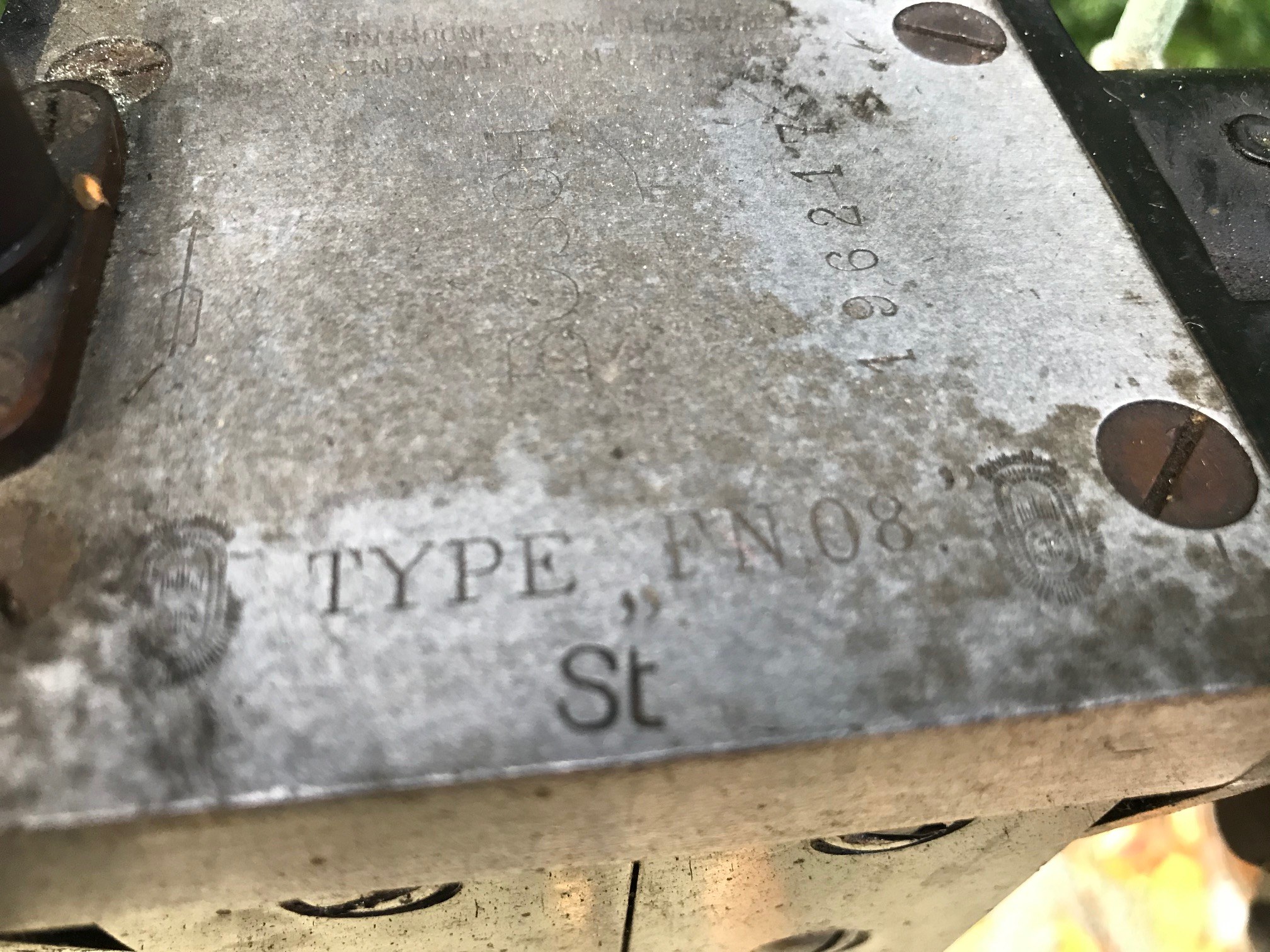 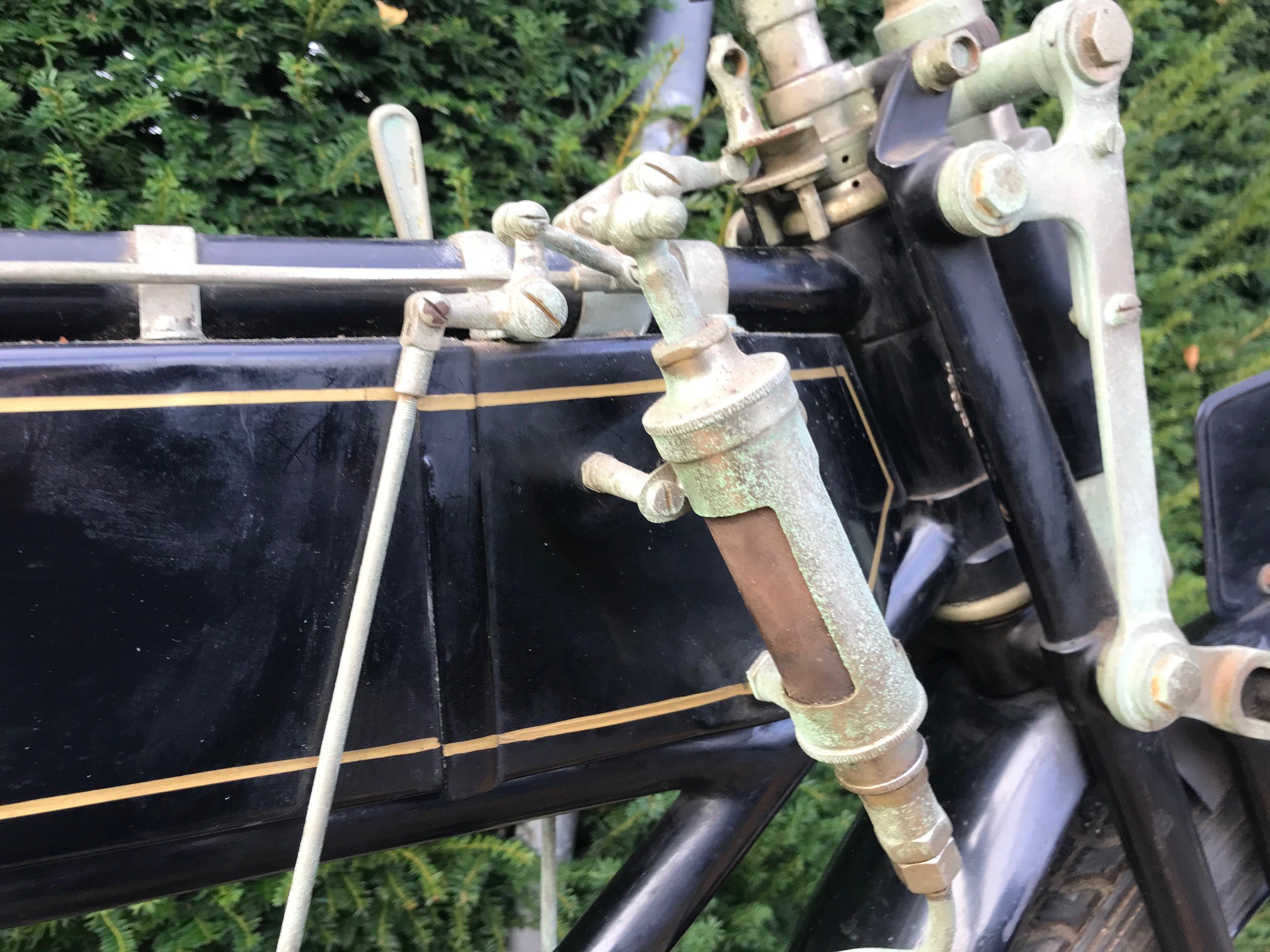 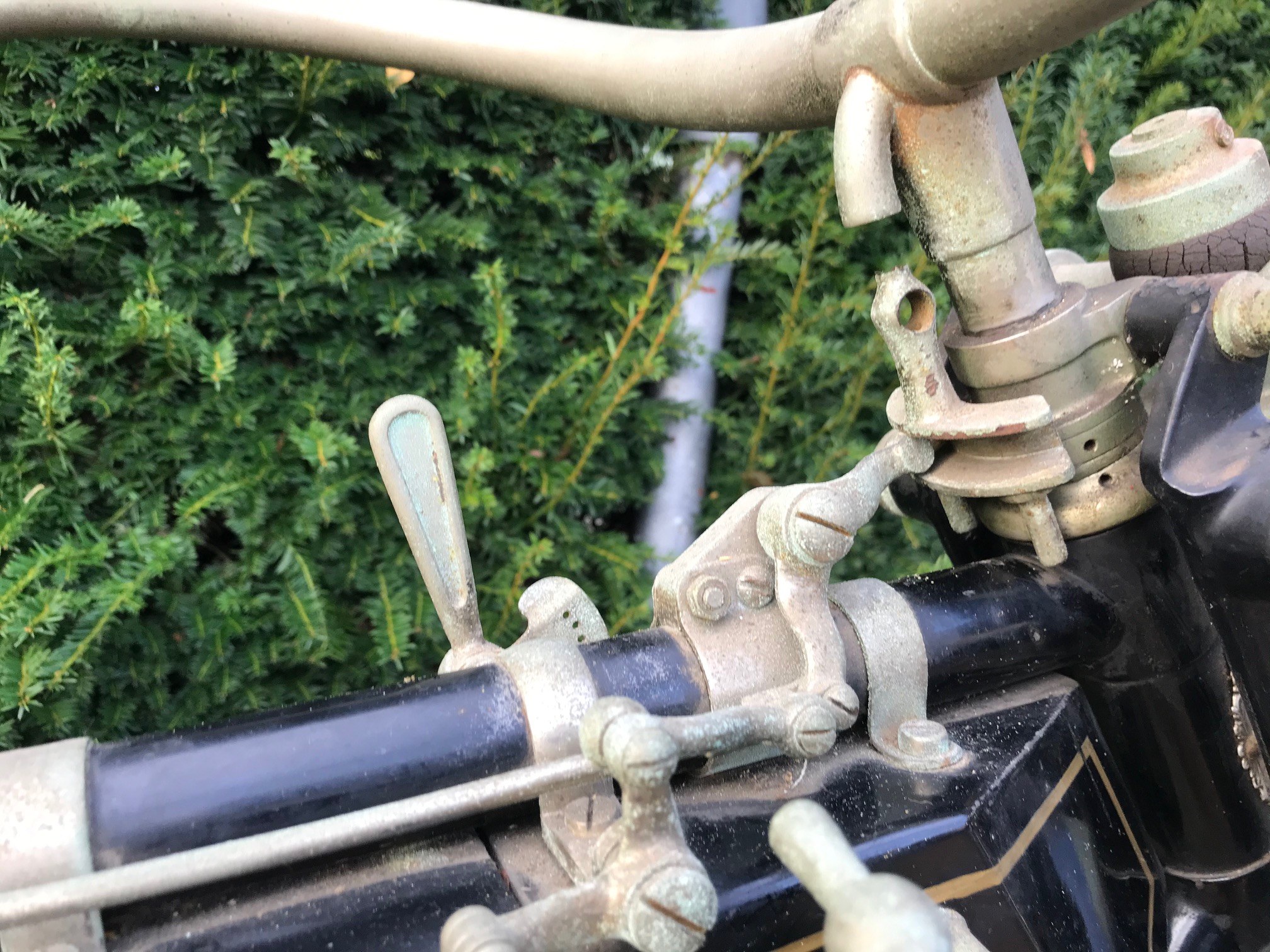 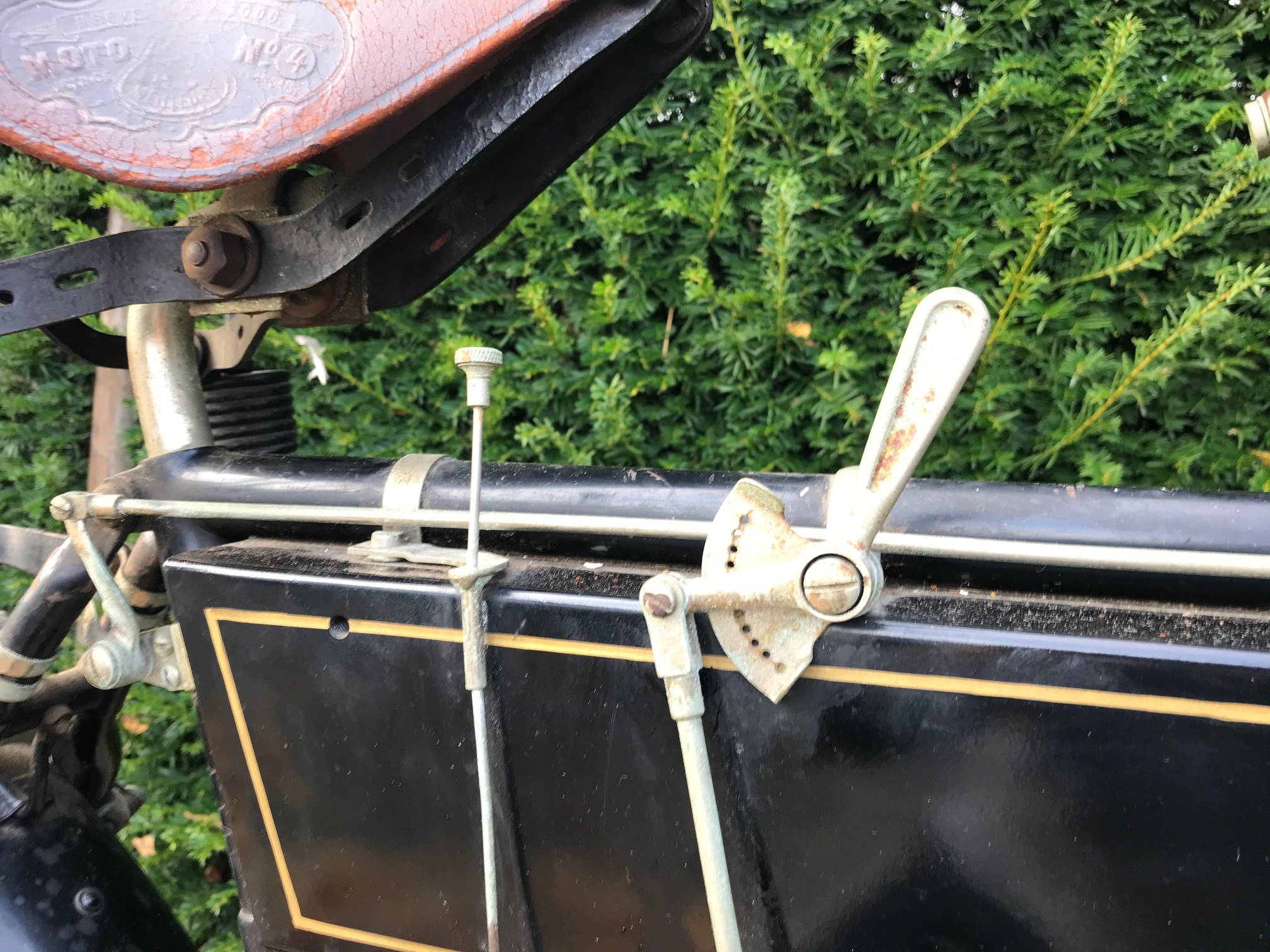 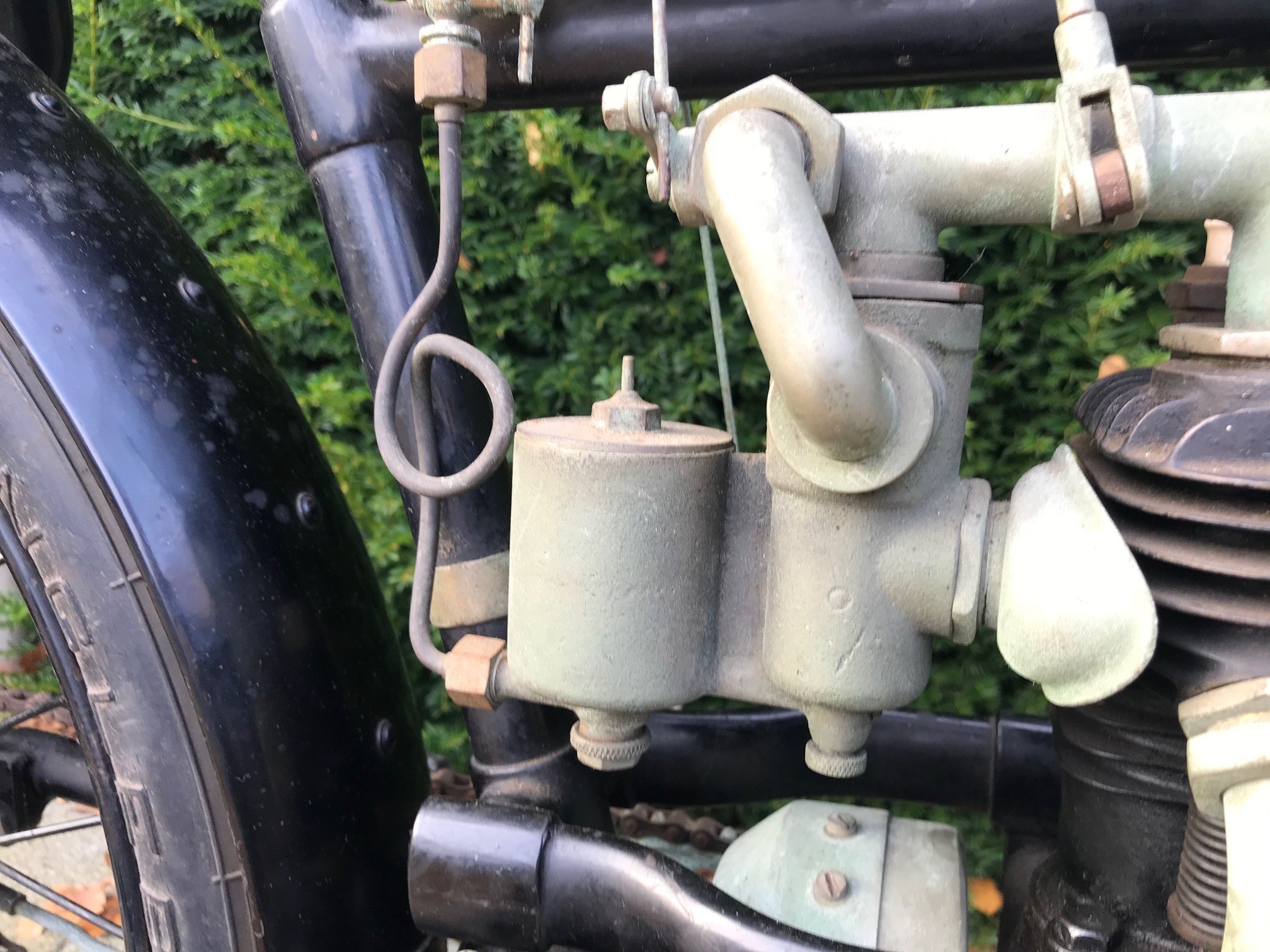 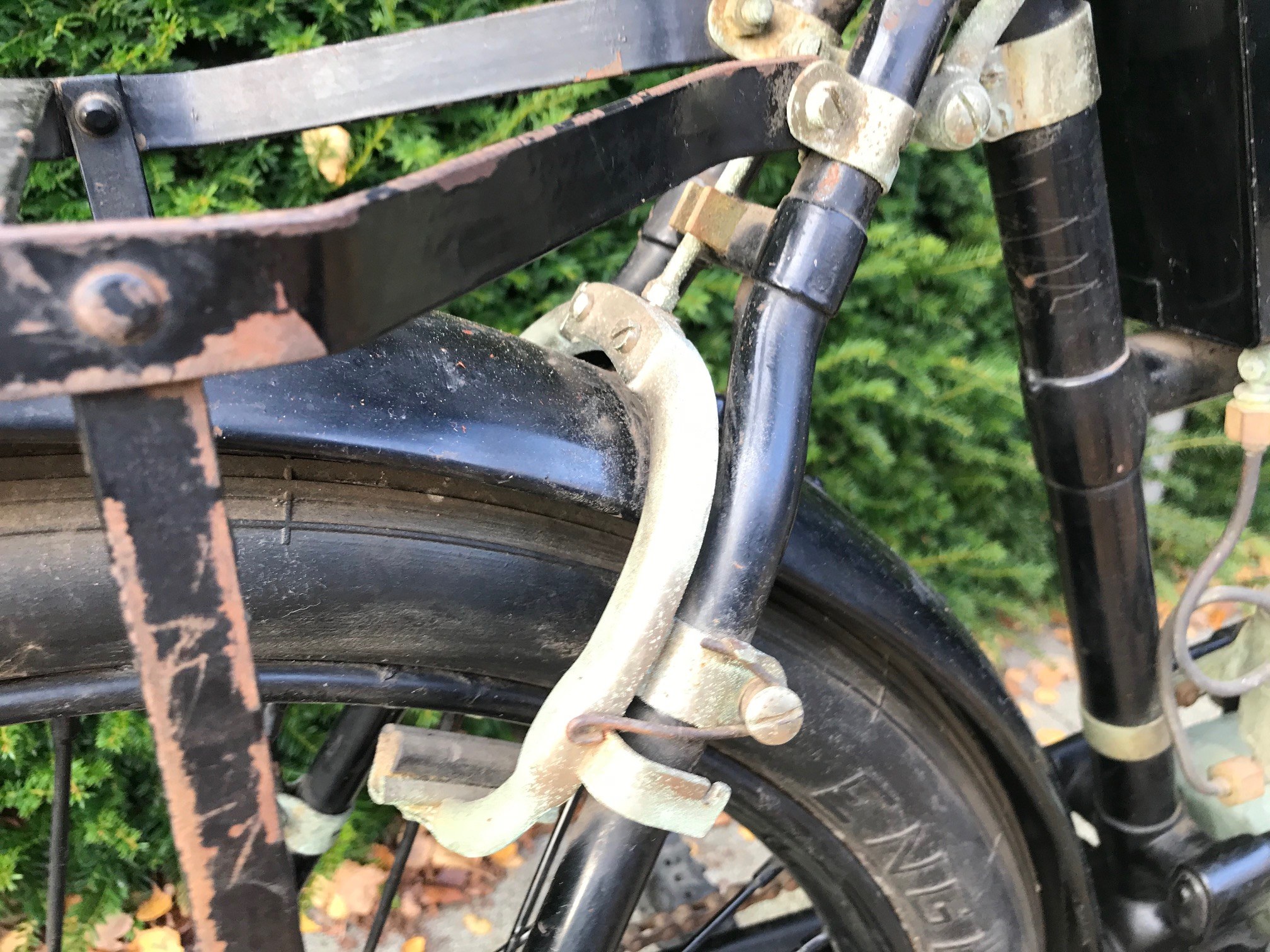 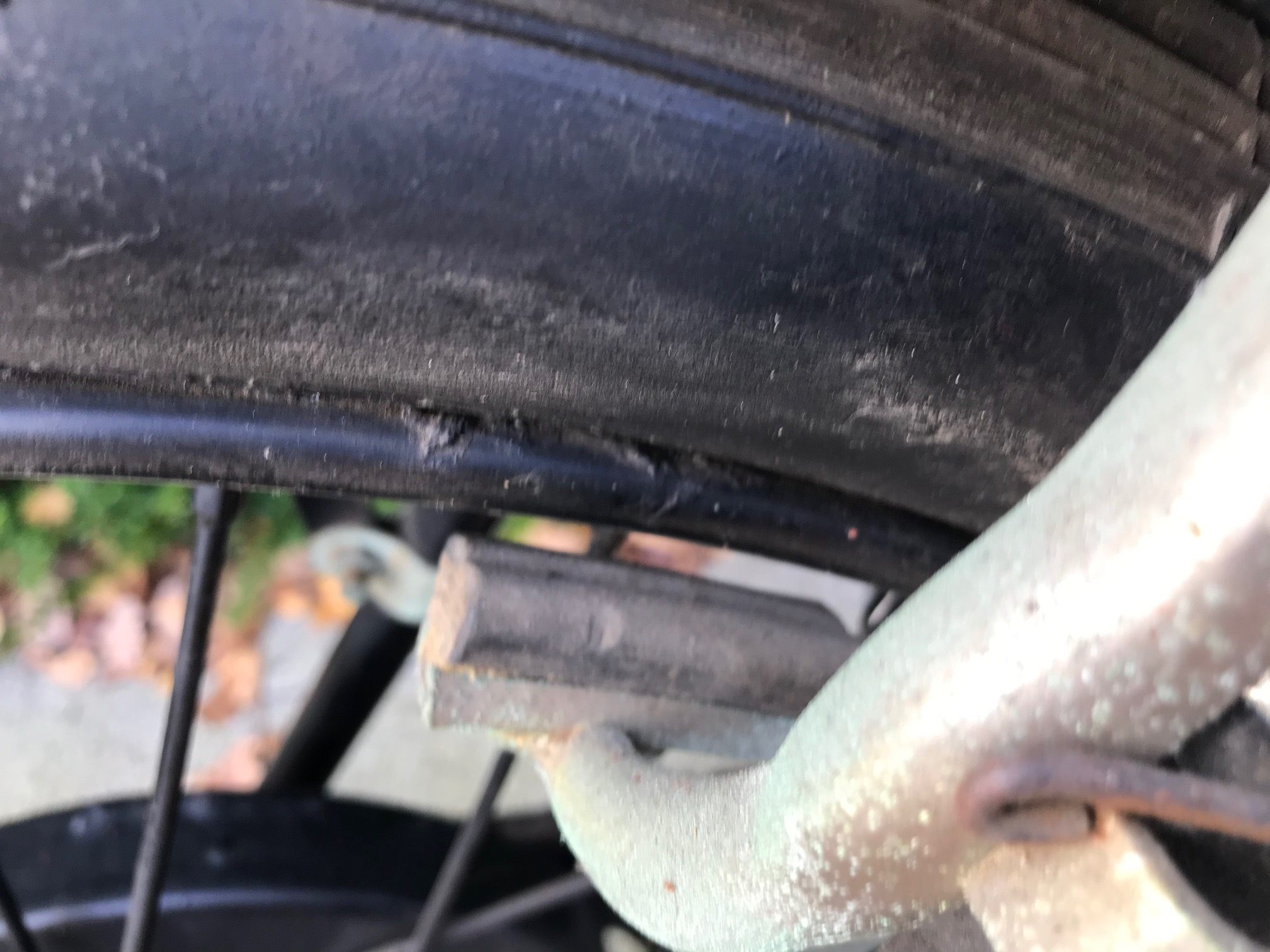 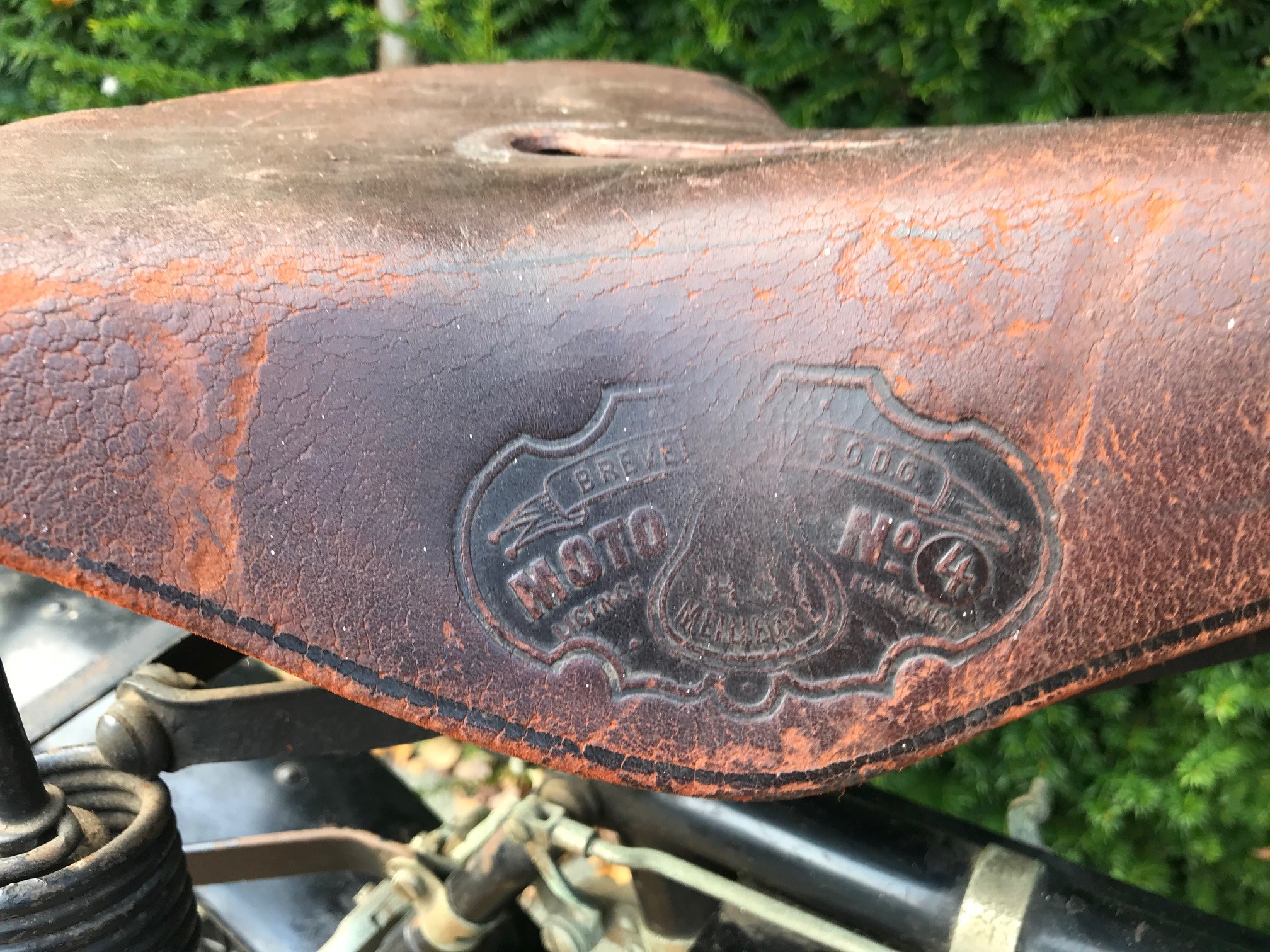 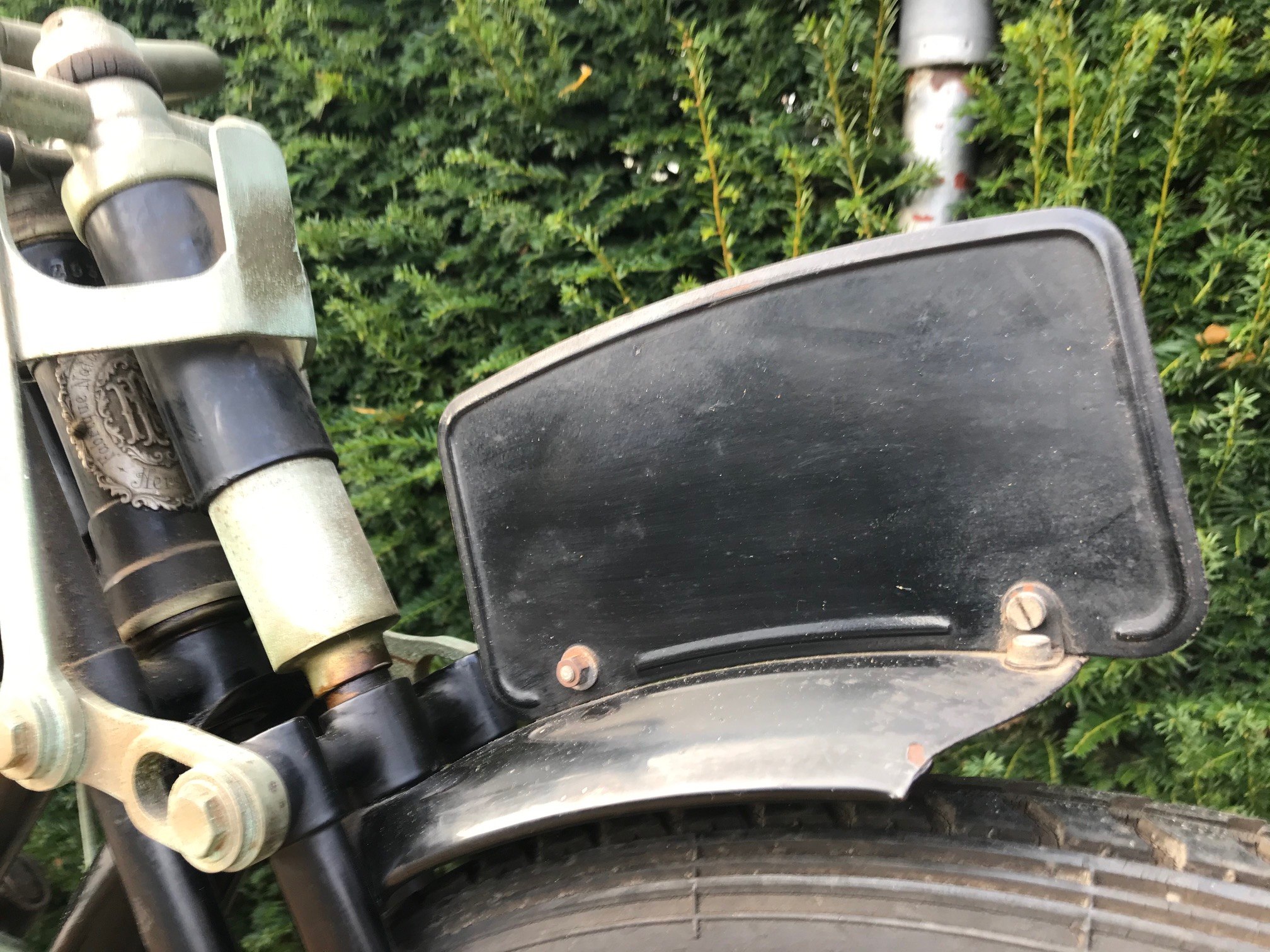 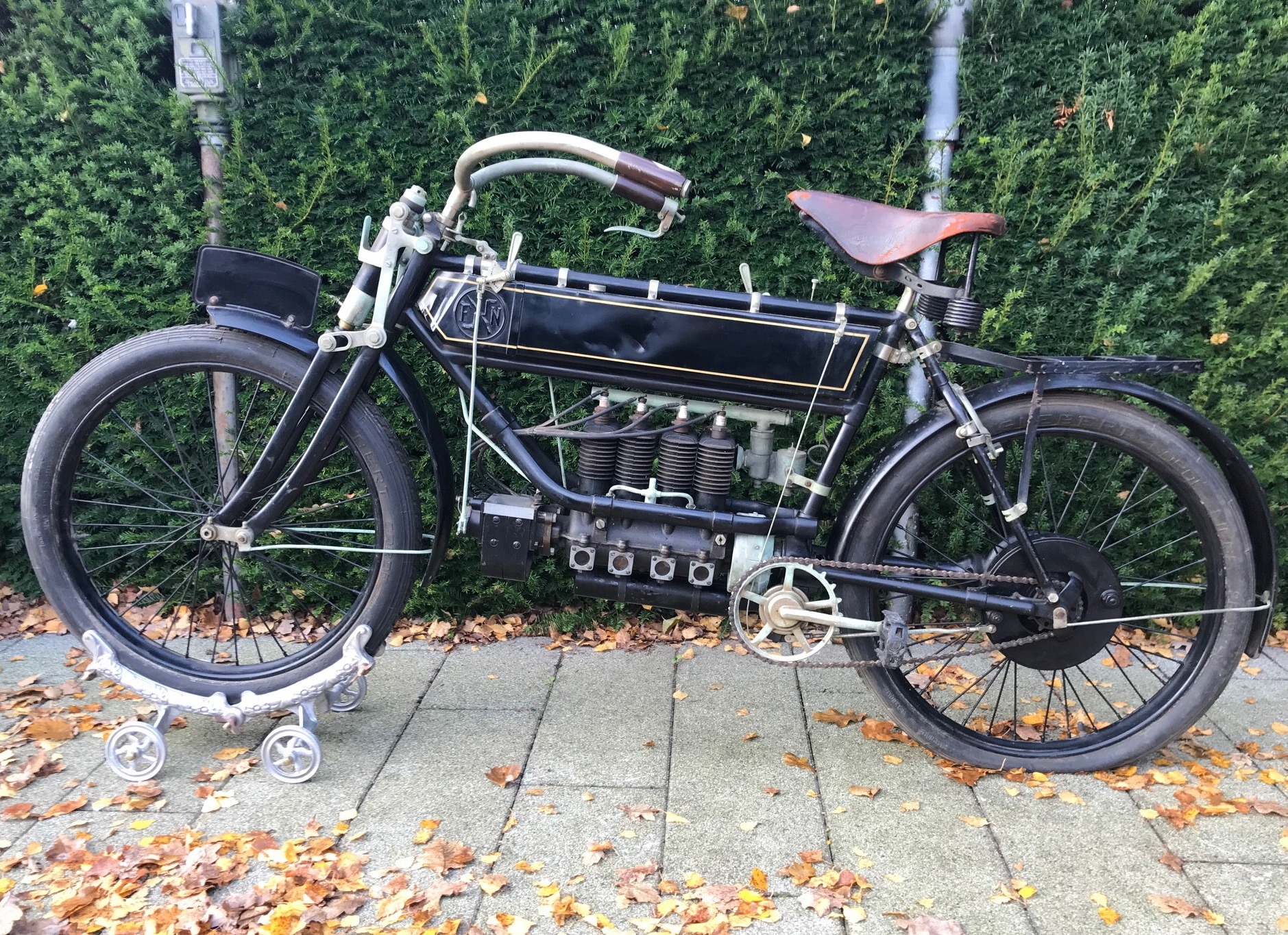 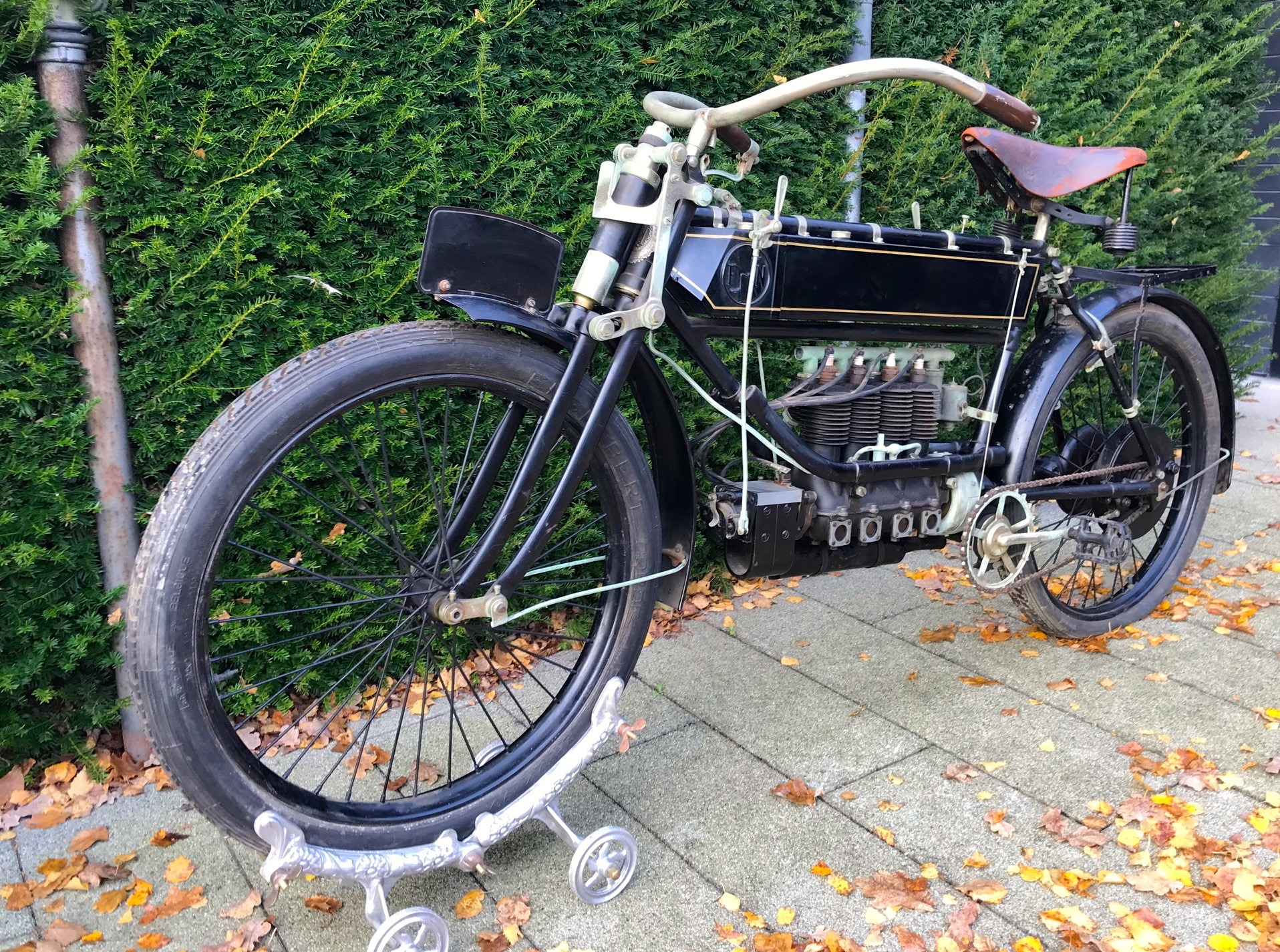 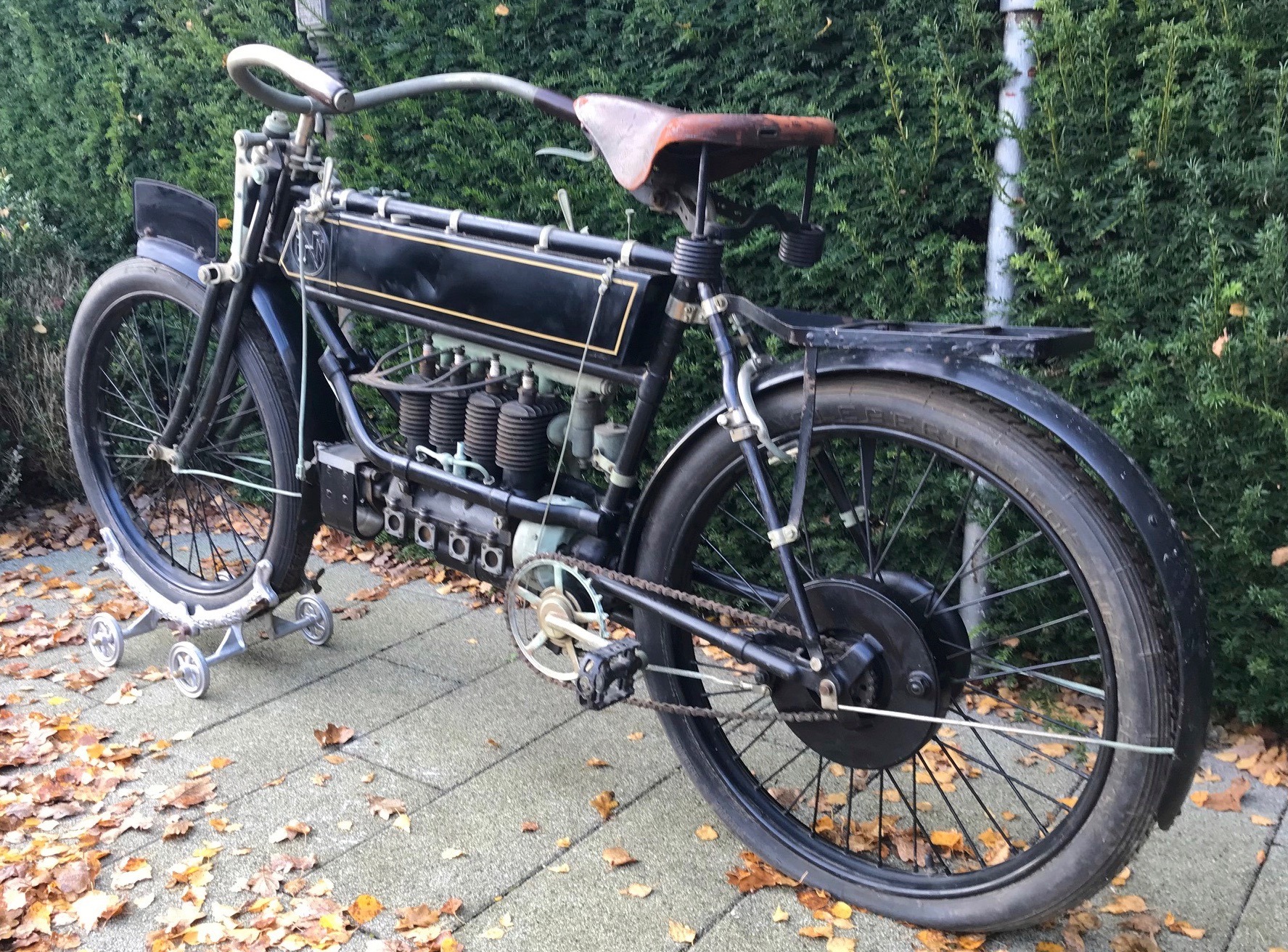 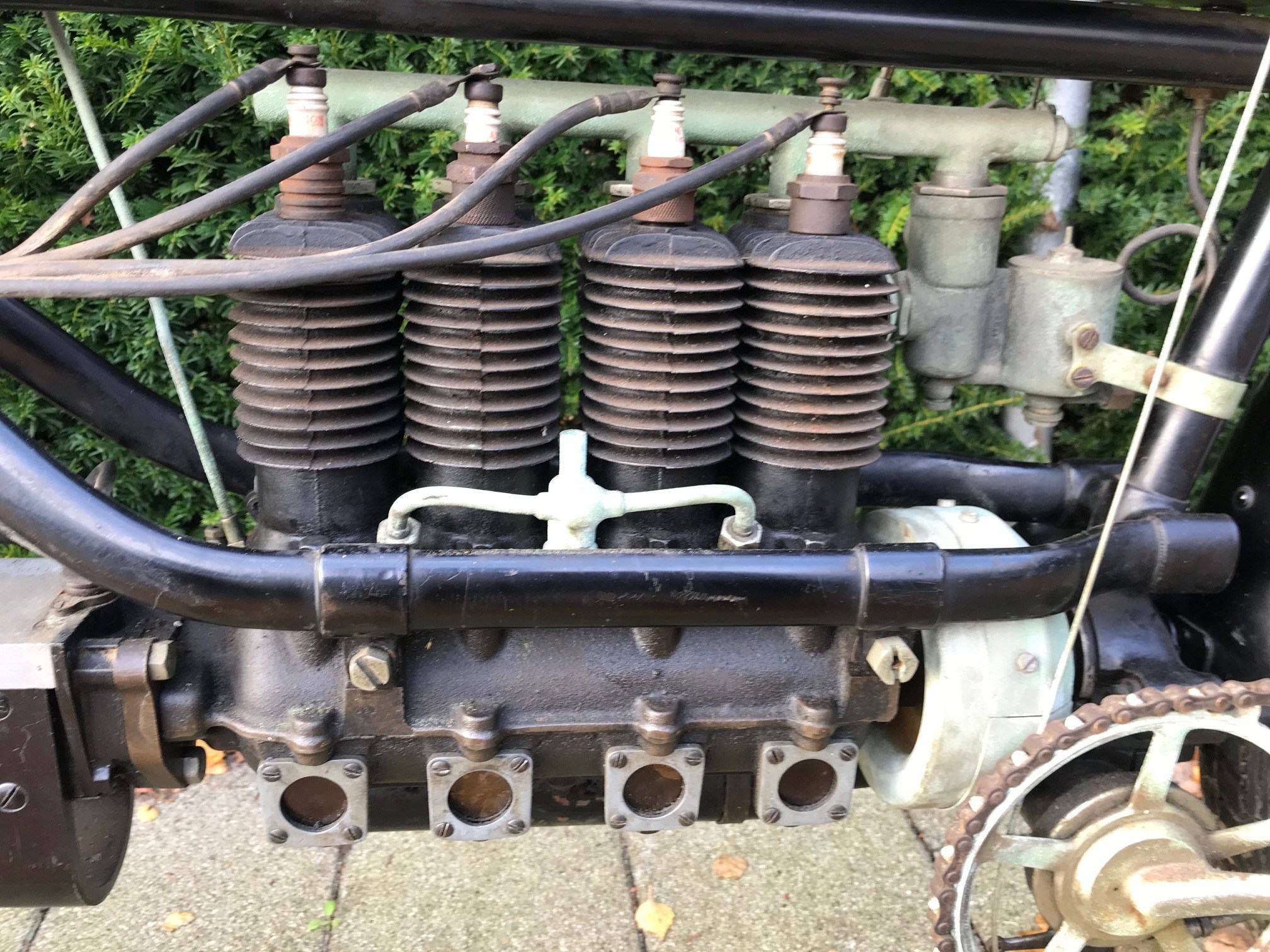 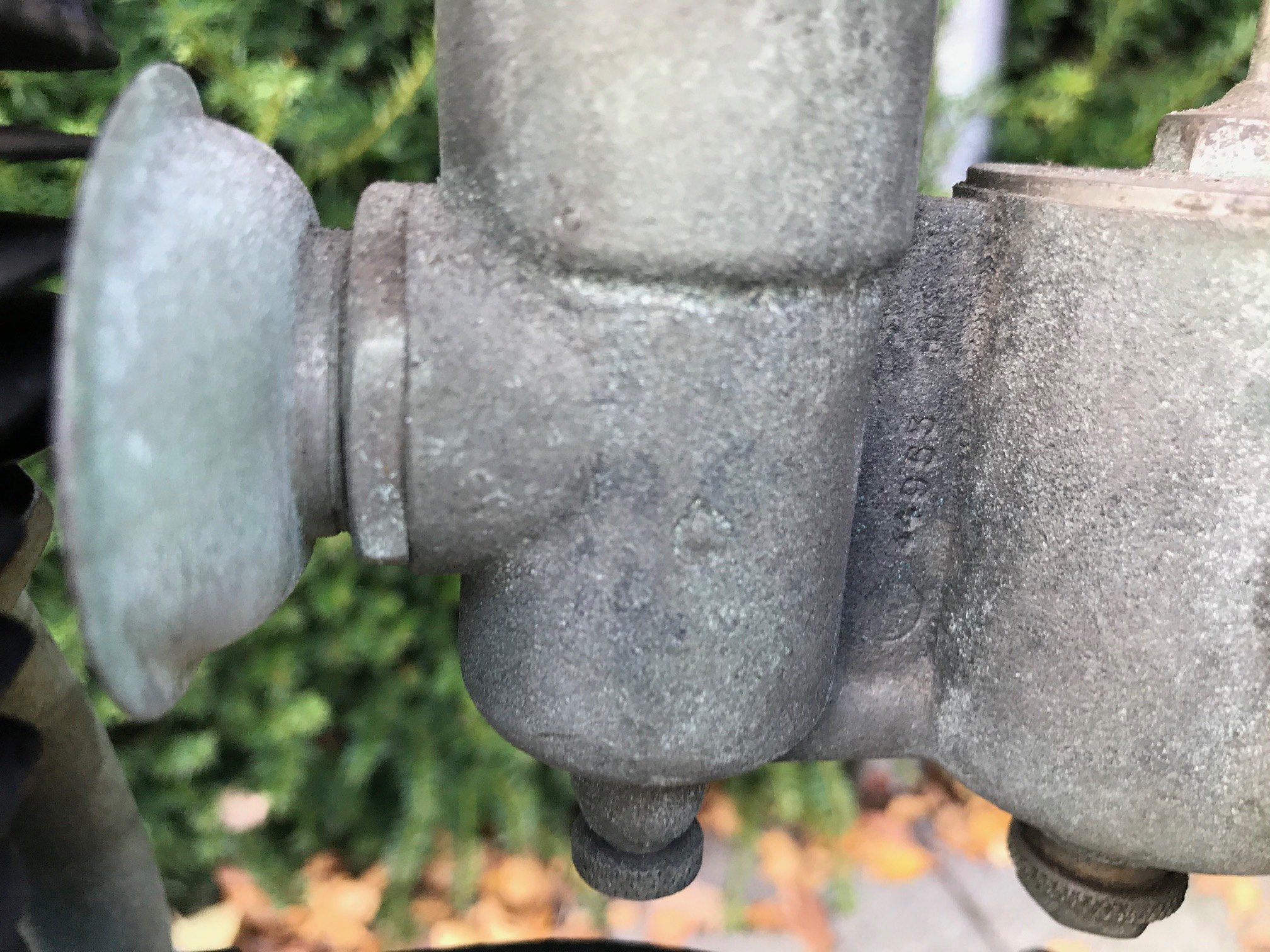 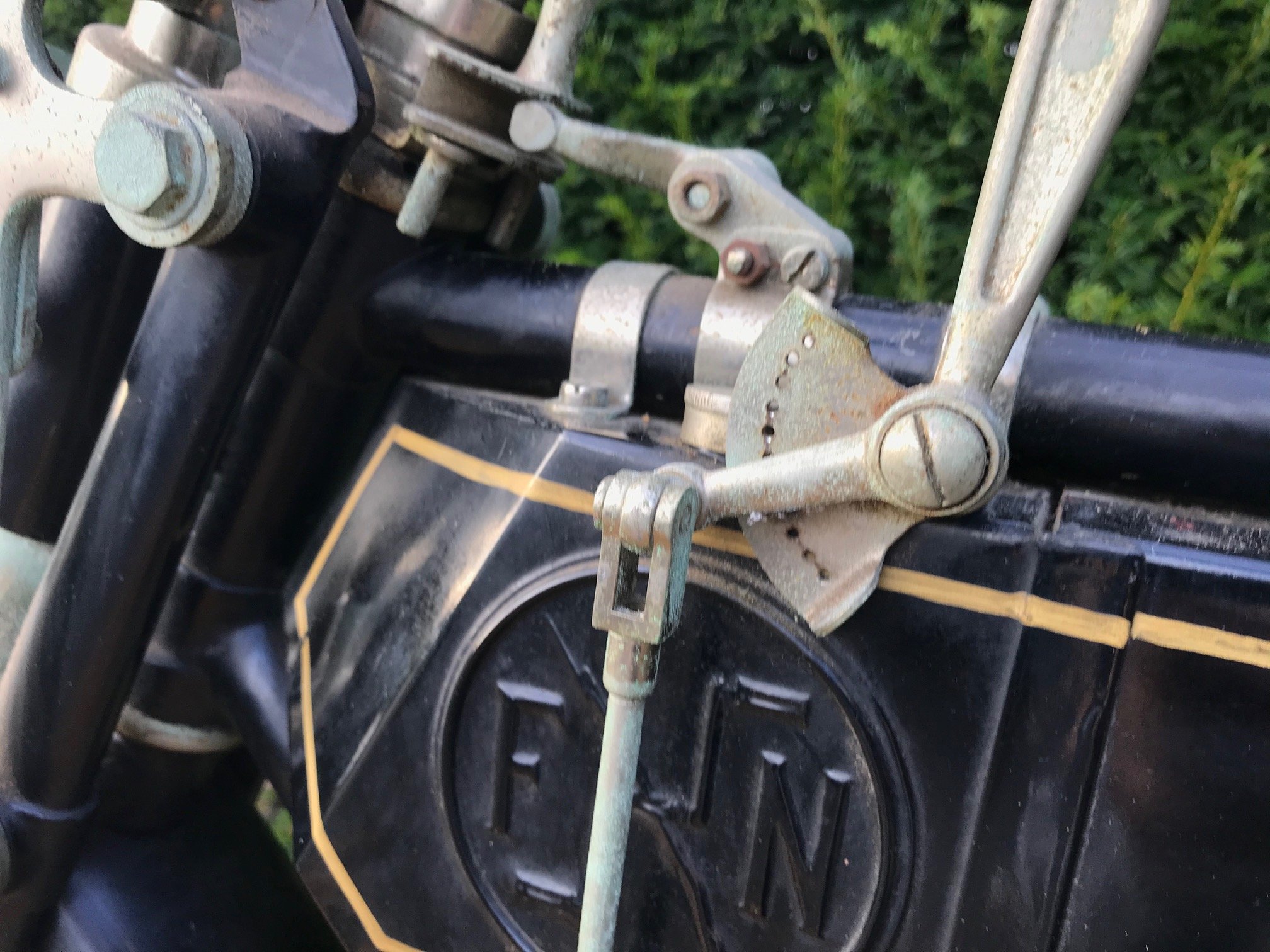 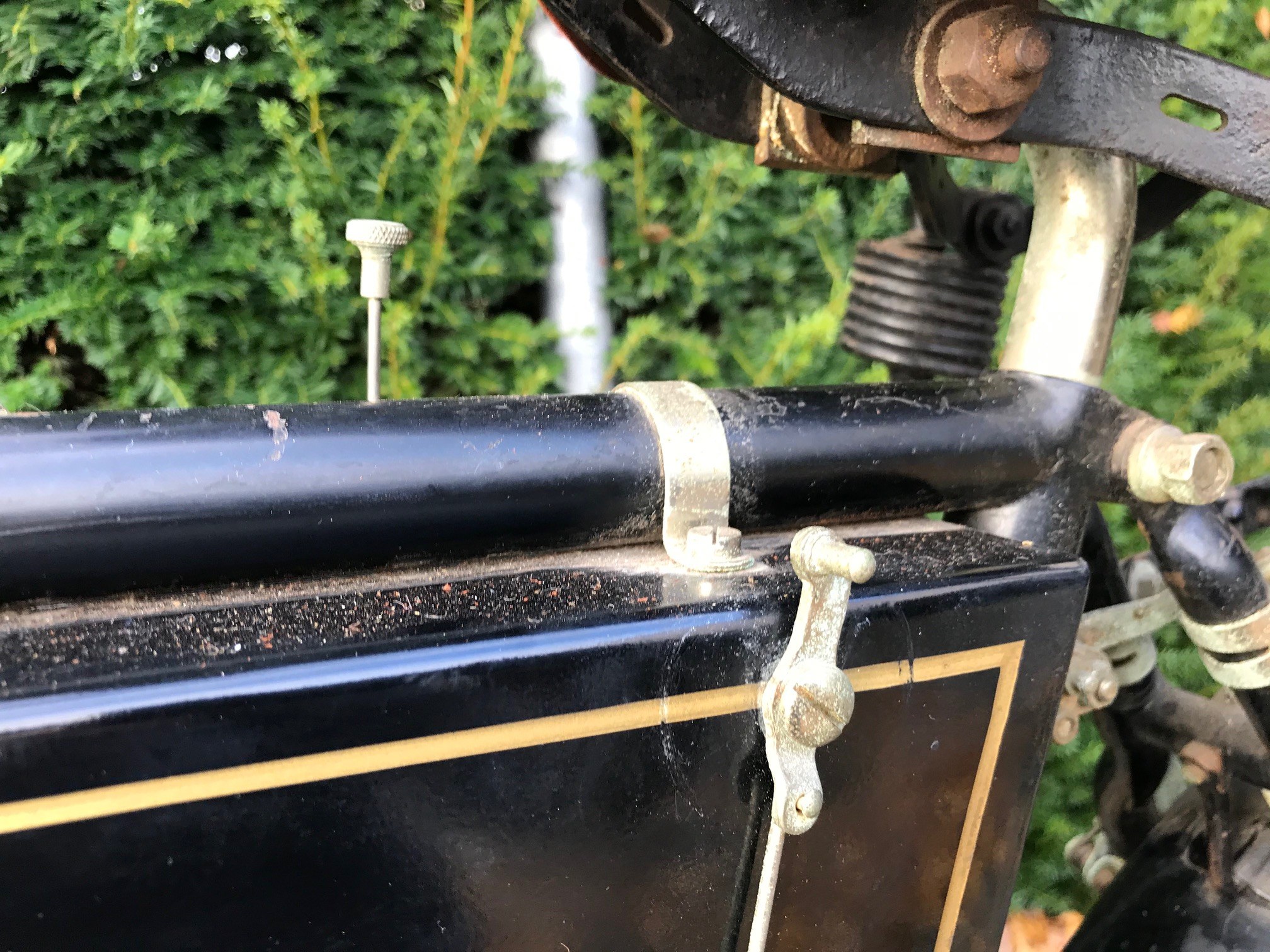 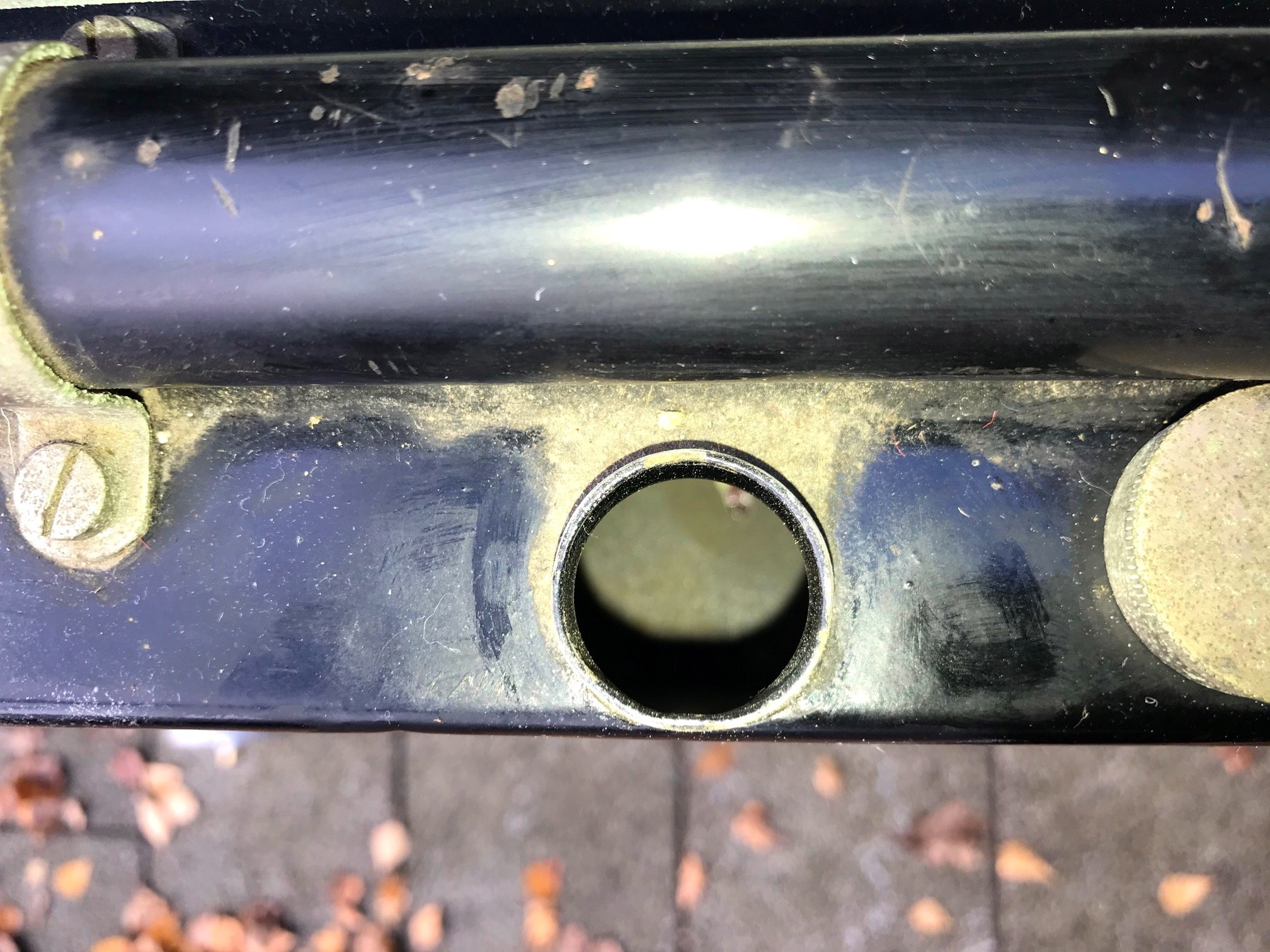 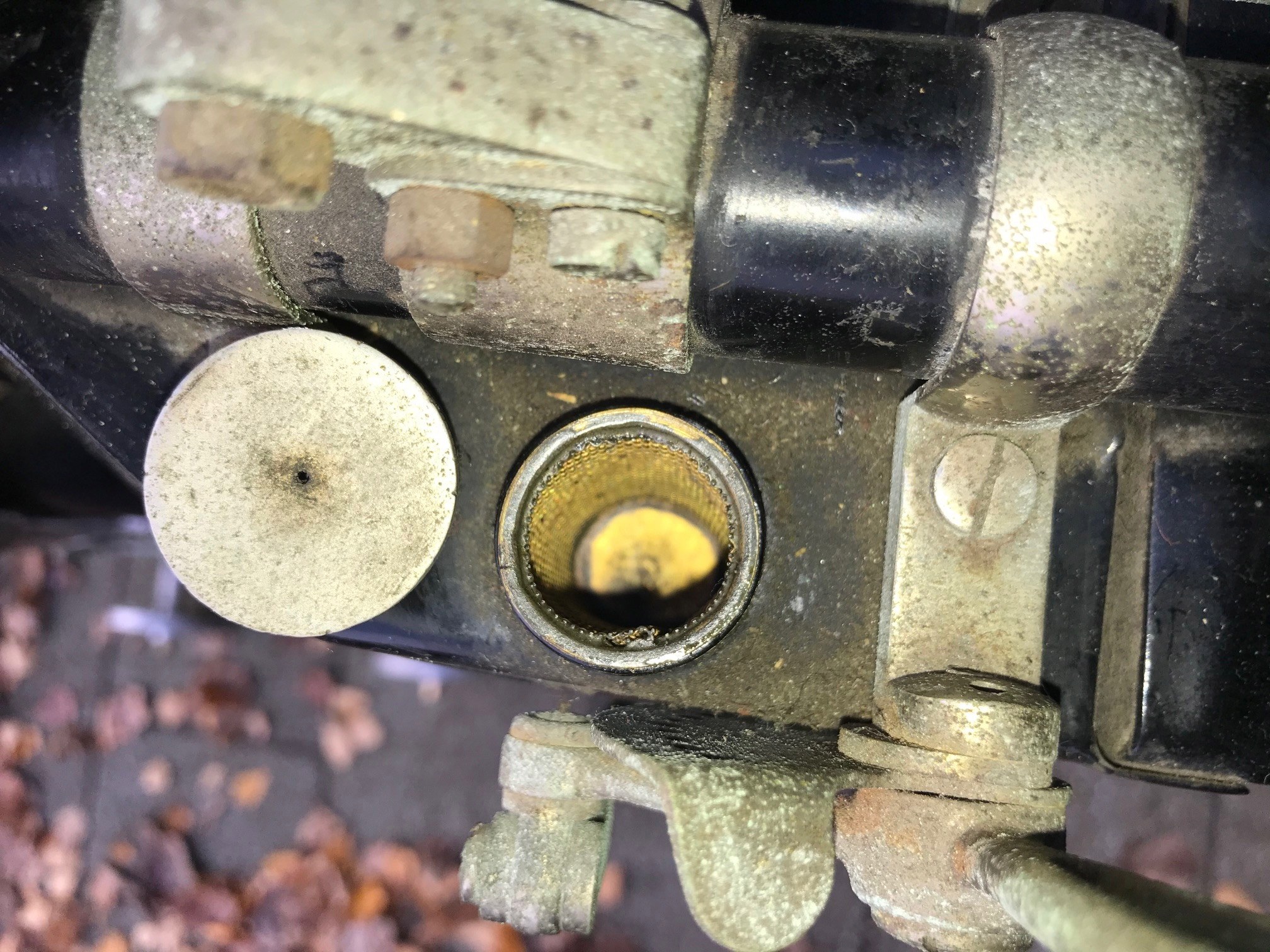 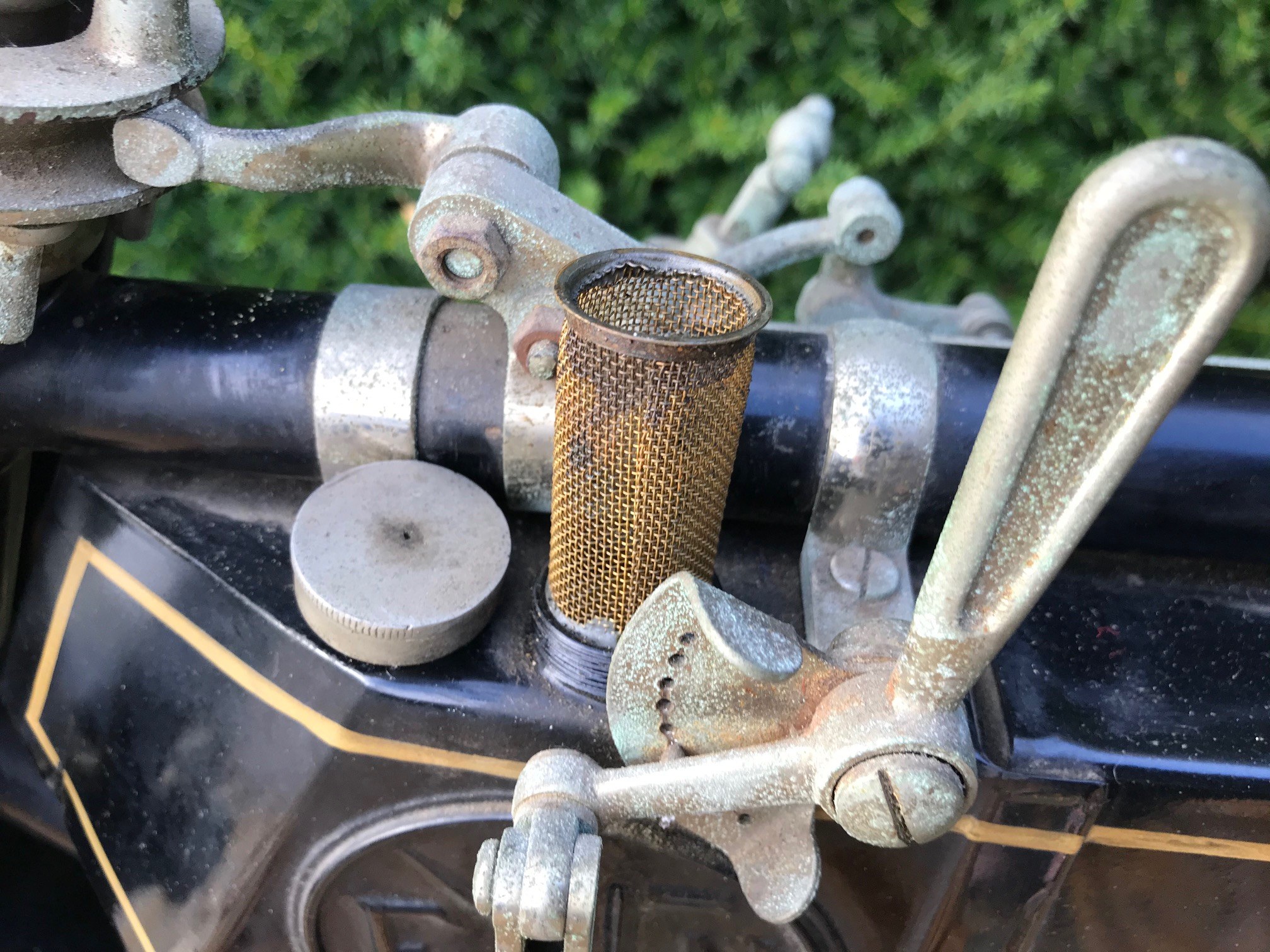 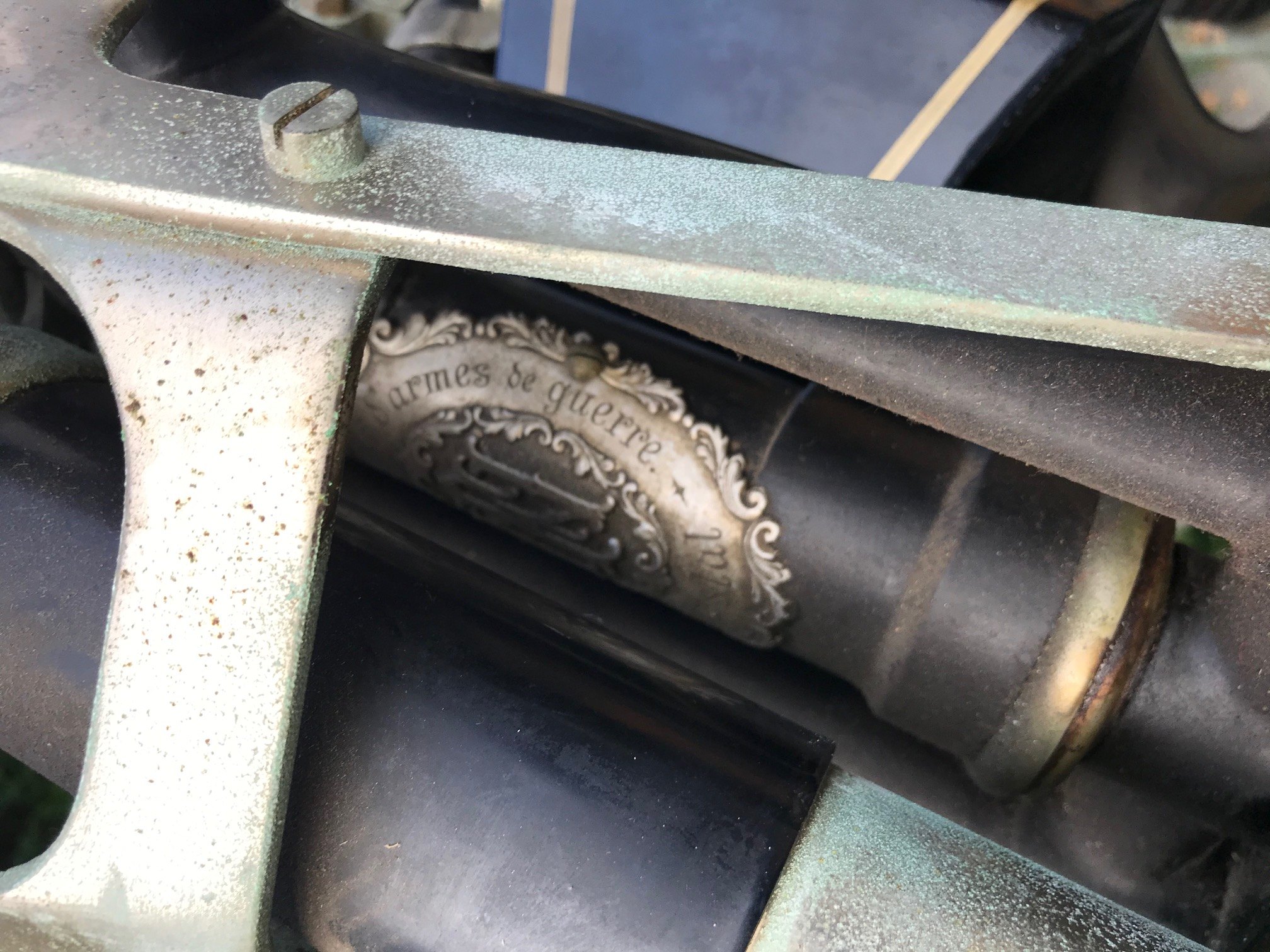 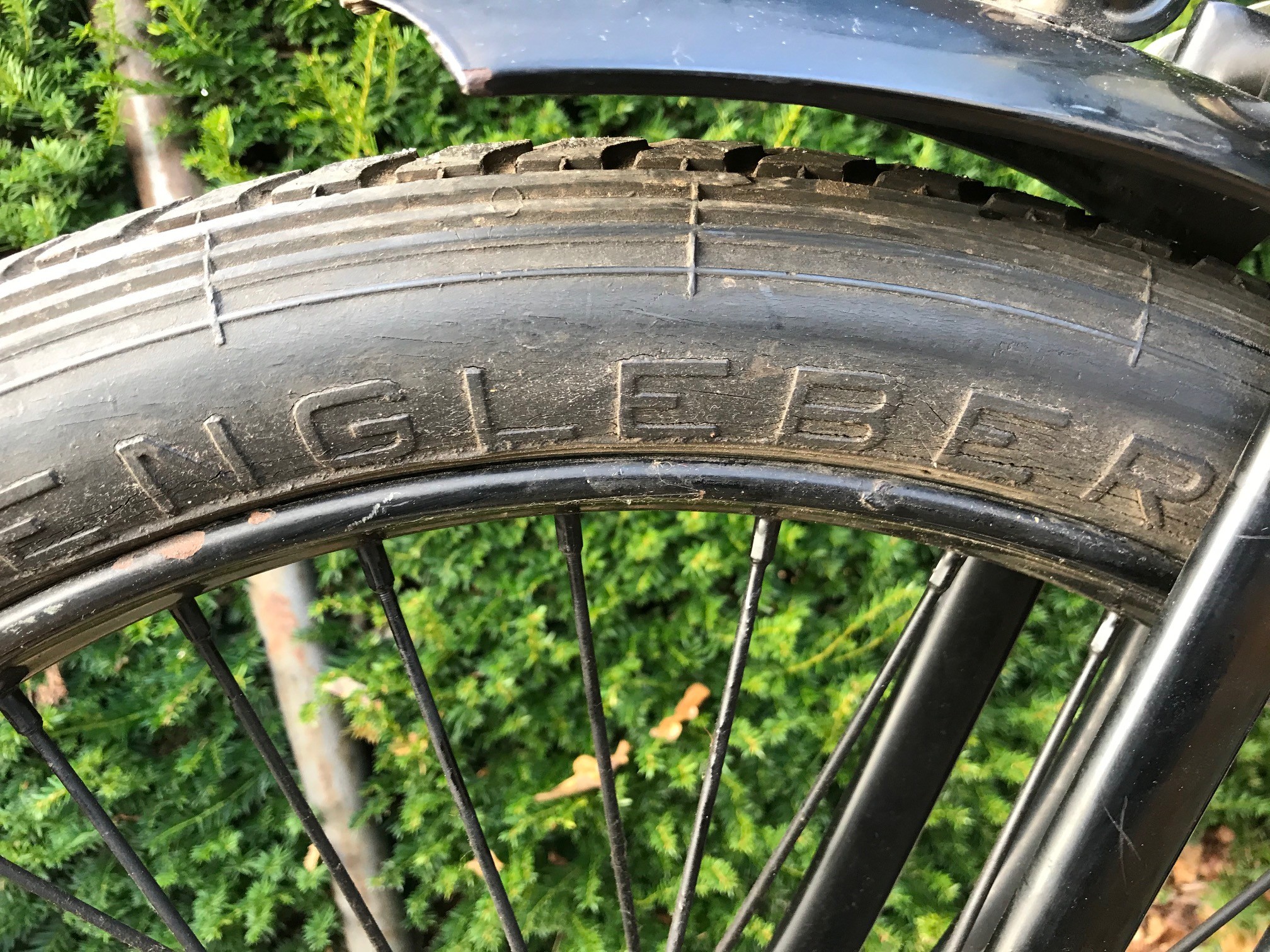 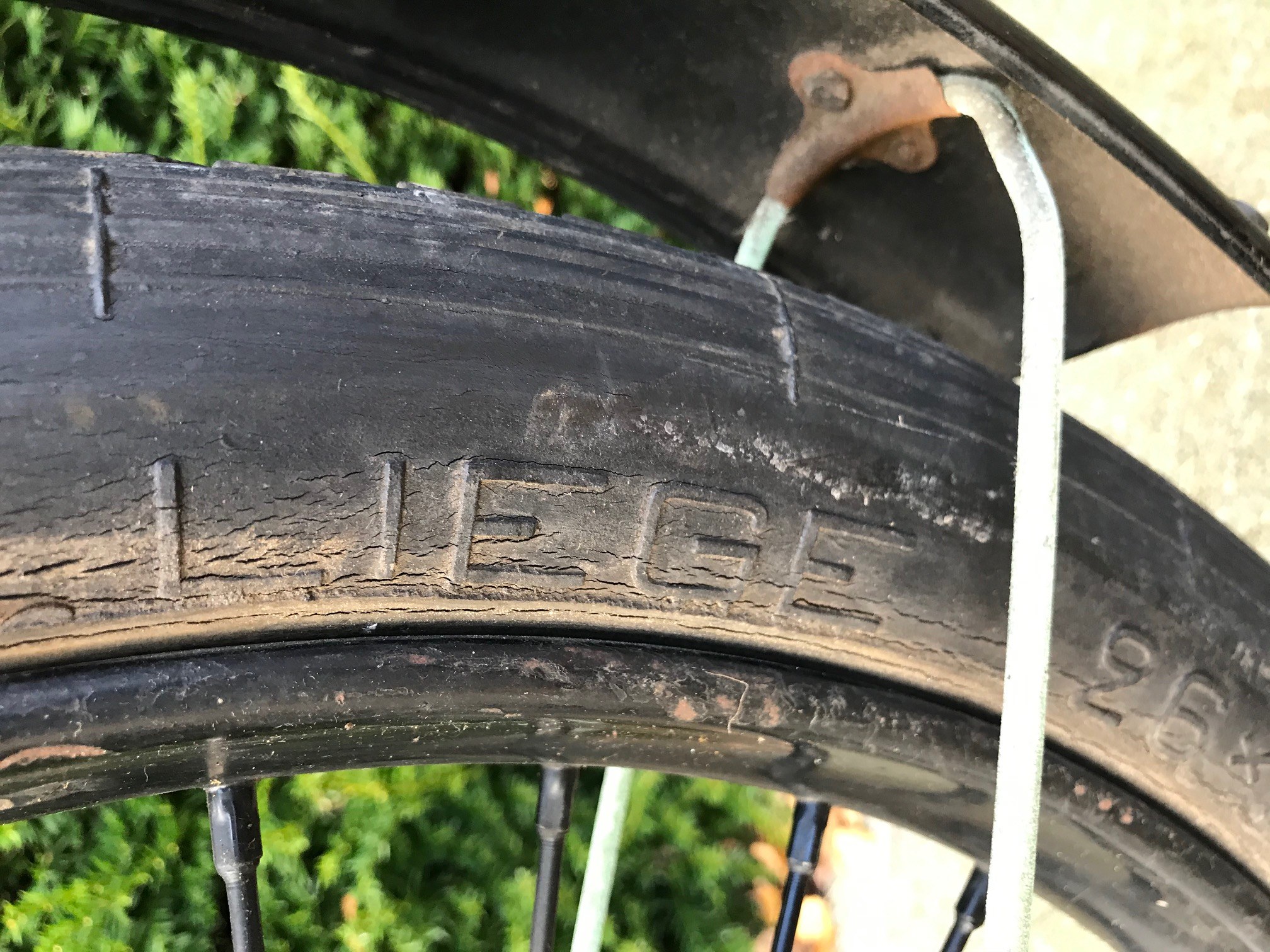