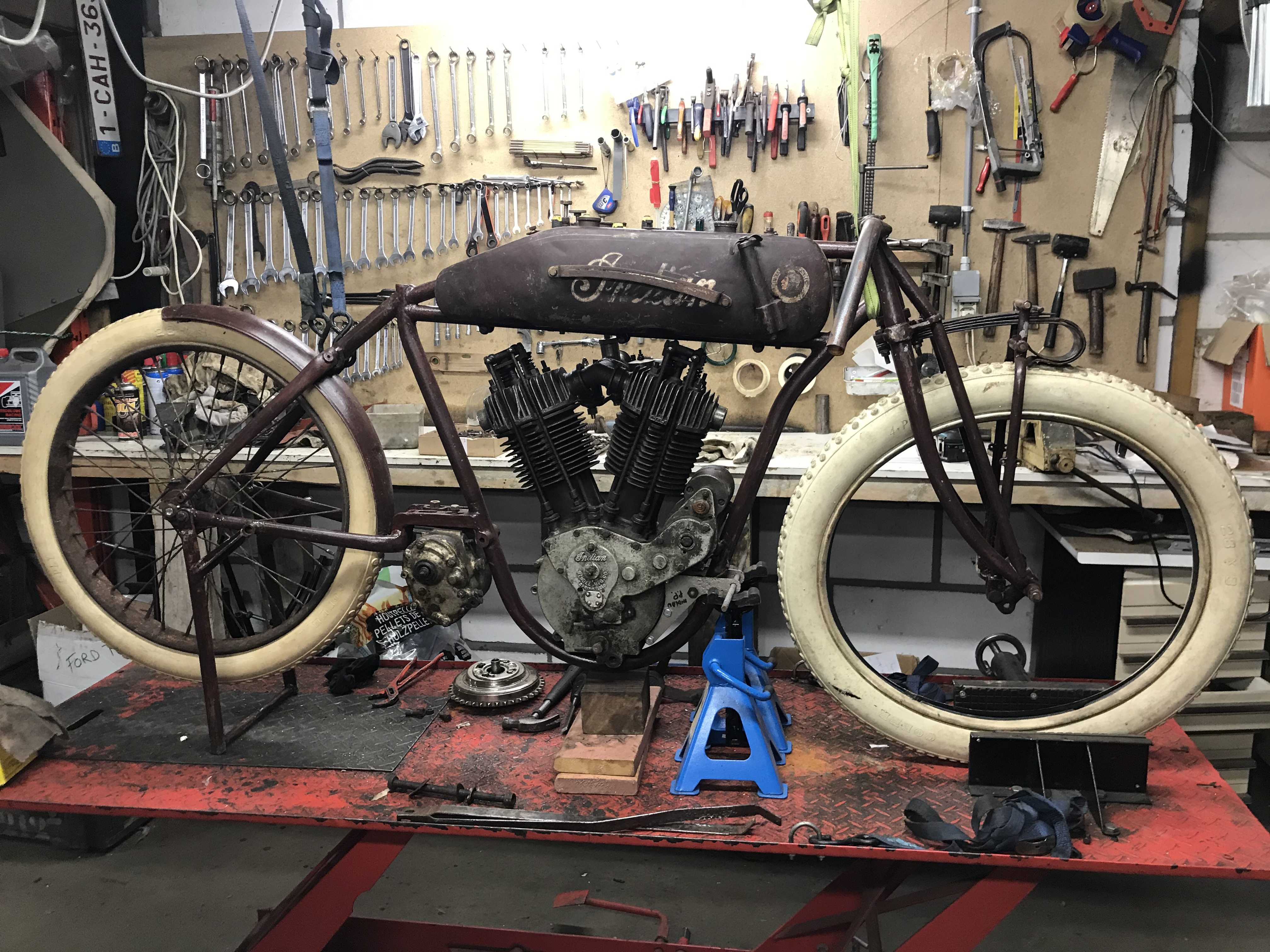 The missing link in OHV racers at Indian.

Indian has always raced a lot with his motorcycles and for this the factory built special OHV racers. But this was never done during the Powerplus period.

Until 1916 Indian had the Hedström head-side valve engine, of this engine Indian made a 4 and 8 head valve racer. After 1923 the Chief, a side valve engine was also made into an OHV version for the race. From Powerplus (1916-1923) an OHV was never made... Until I found this one. The missing link in Indian racing history.

This block is very heavily modified and whether this was done by Indian or by a French Race club or dealer I don't know yet but the modifications have been done very professionally. On the right side of the engine a reinforcement plate on the crankcase has been riveted. This plate is professionally cast and not a rough cast by a hobbyist. This to be able to place a heavier bearing for the crankshaft. If you look closely you can see that a plate has been riveted on the inside as well. To be able to place this plate they will have to make the flywheels narrower. What is also a normal racing adjustment, lighter flywheels is higher rotation speed. Also this bike has the 1916 frame without rear suspension for more stability on the track. Because of the rear suspension with 2 large leaf springs this frame wasn't very stable and to race the 1916 frame was always used without rear suspension.

This motorcycle is not complete but will be finished with only original parts. For this I am still looking for original Indian Powerplus parts, please offer everything. 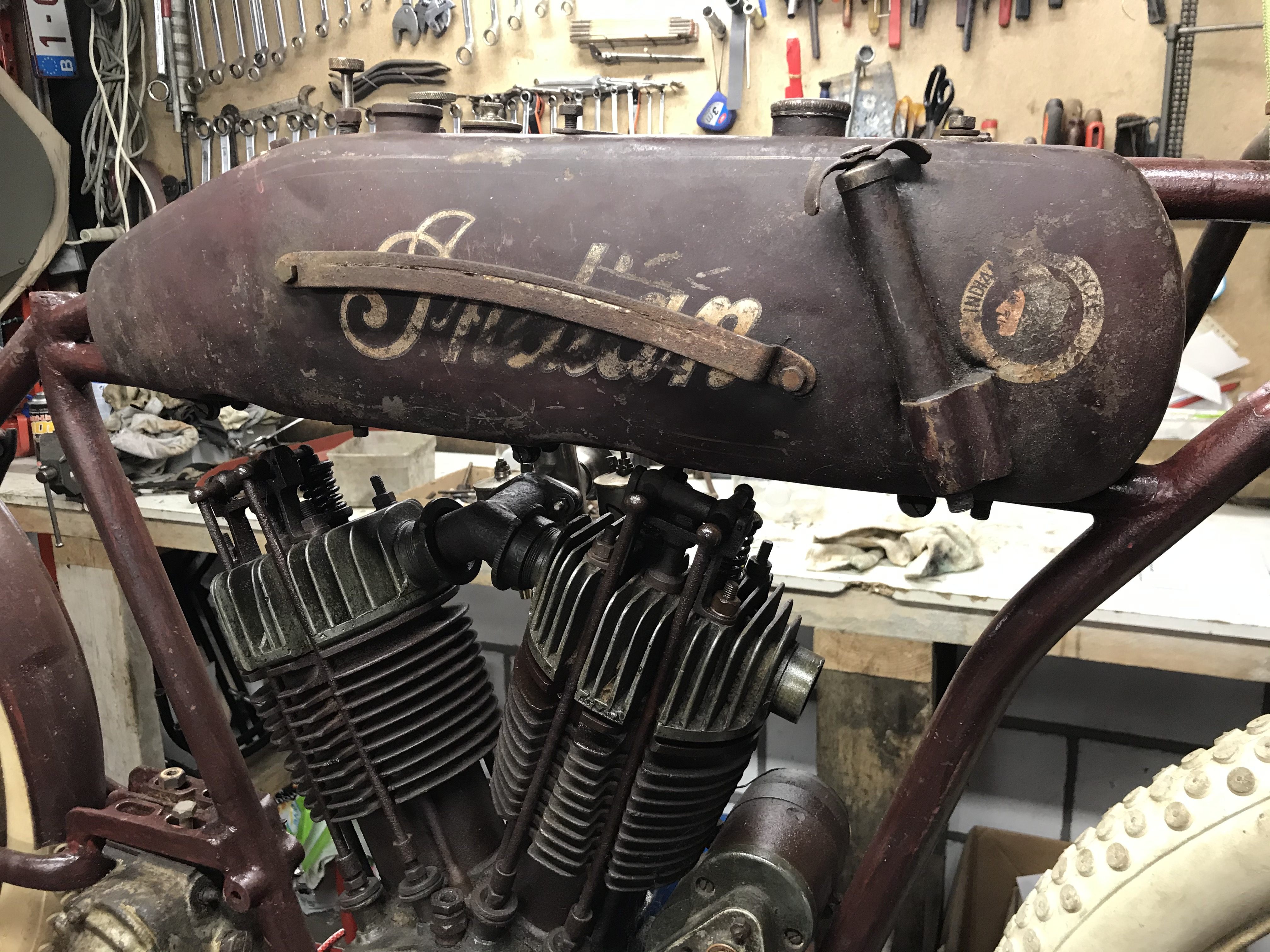 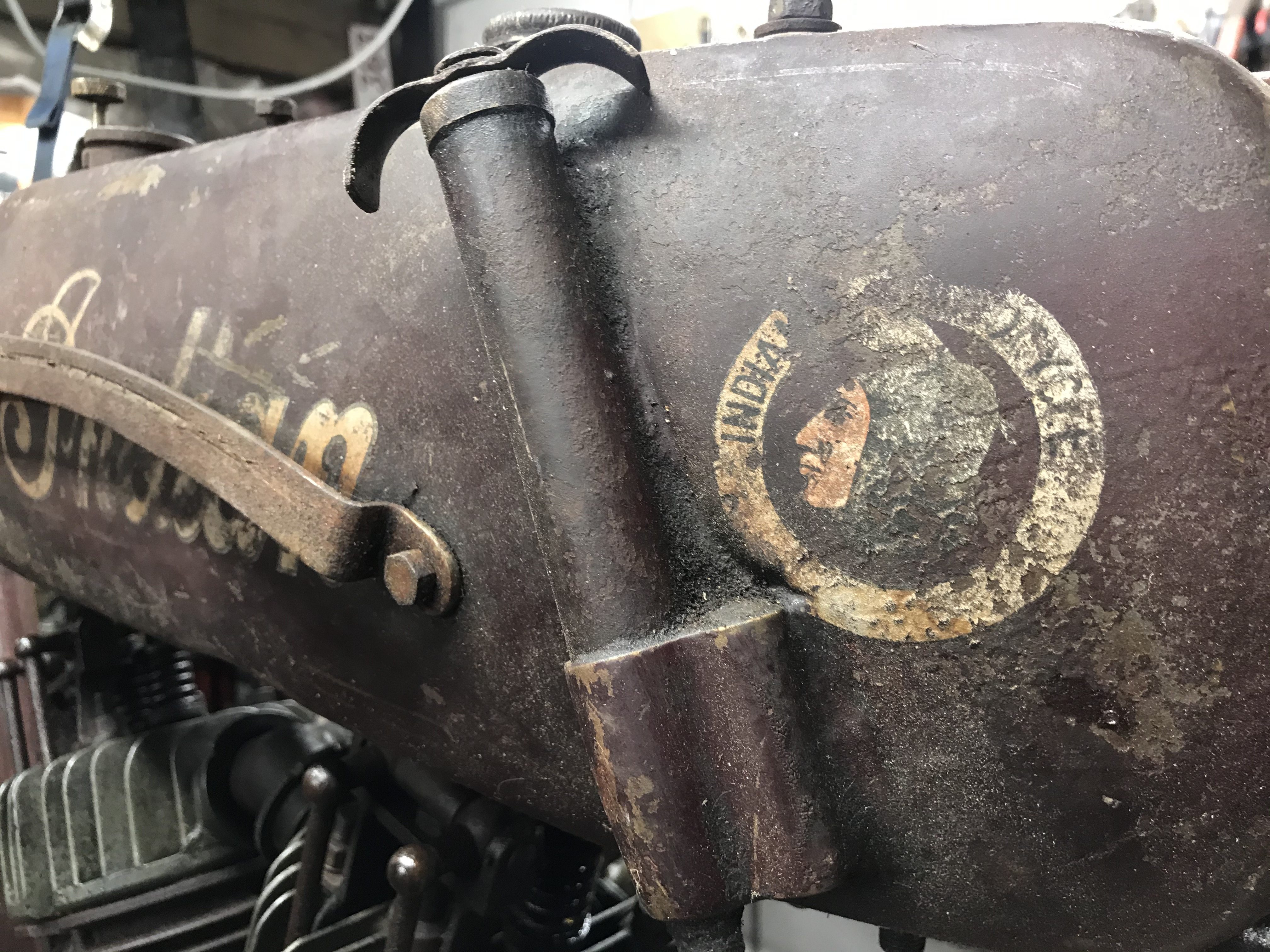 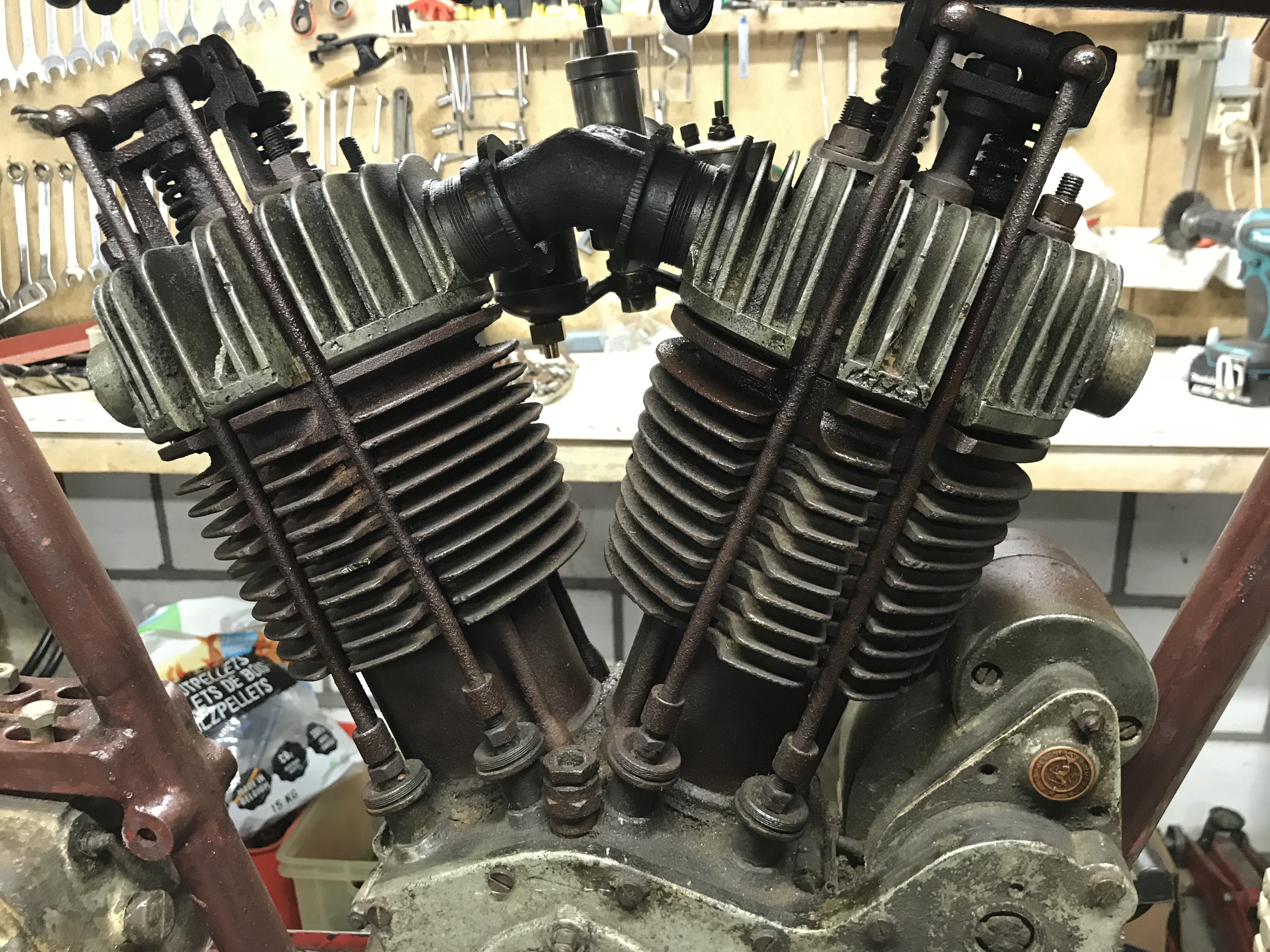 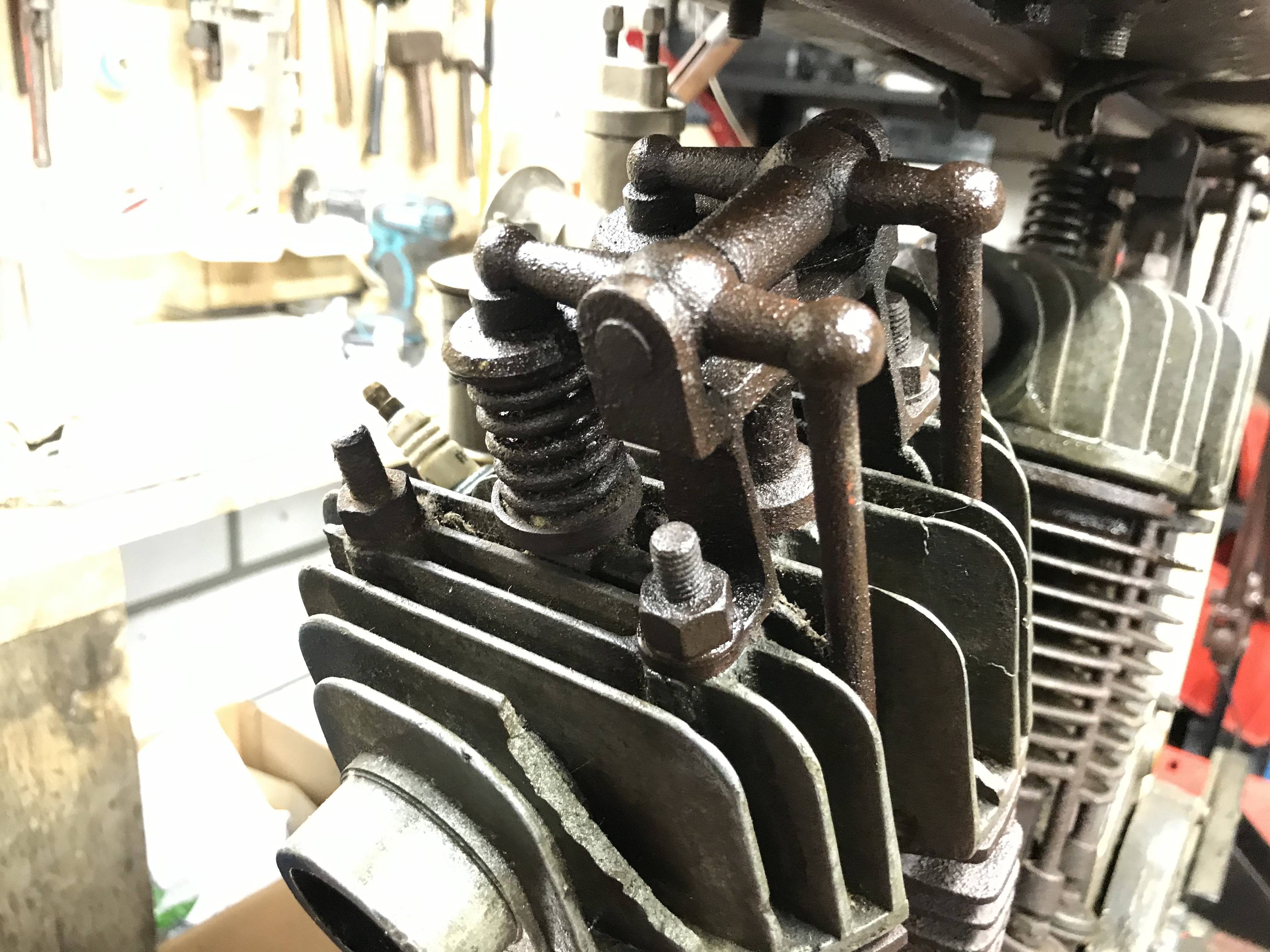 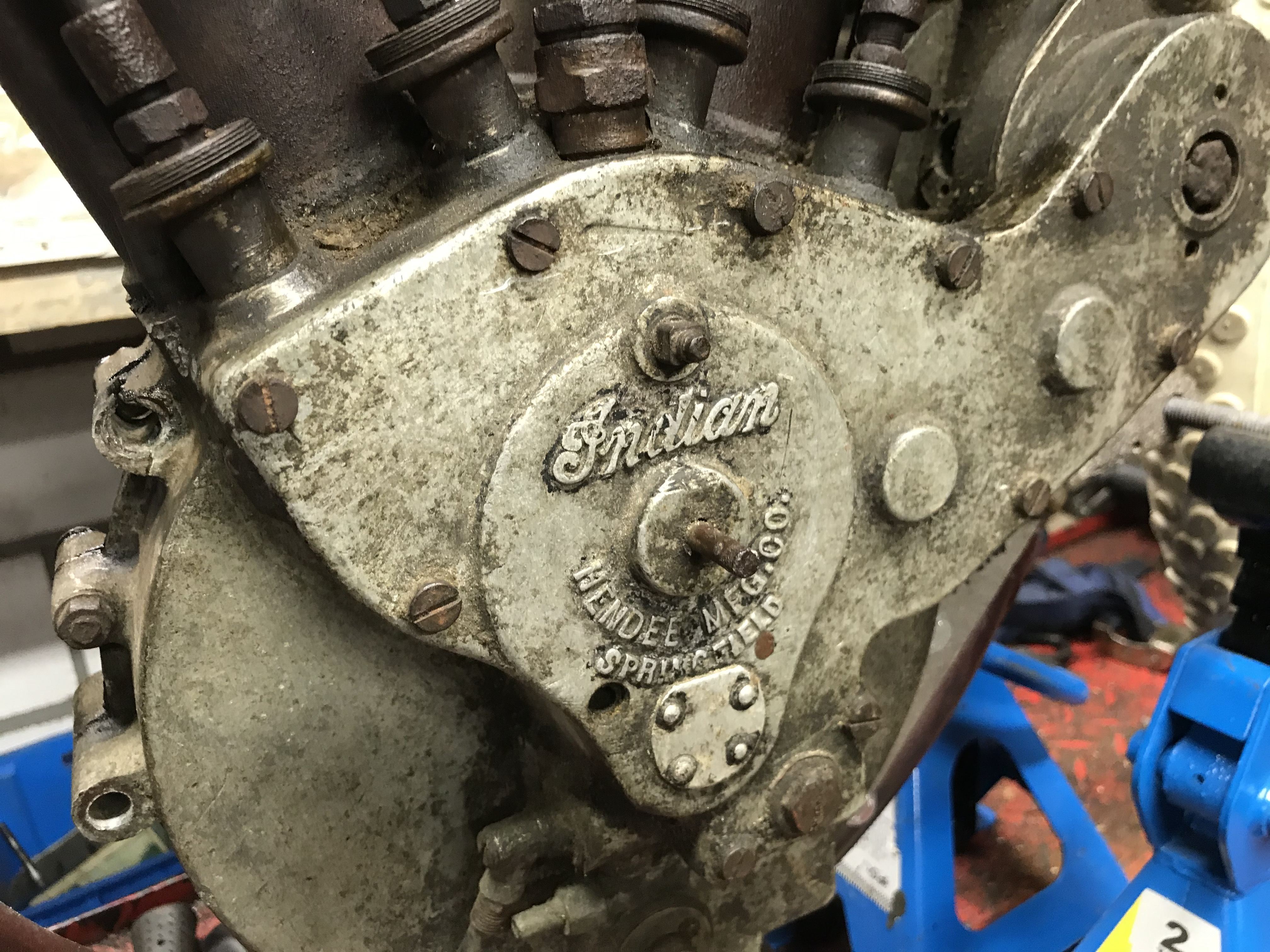 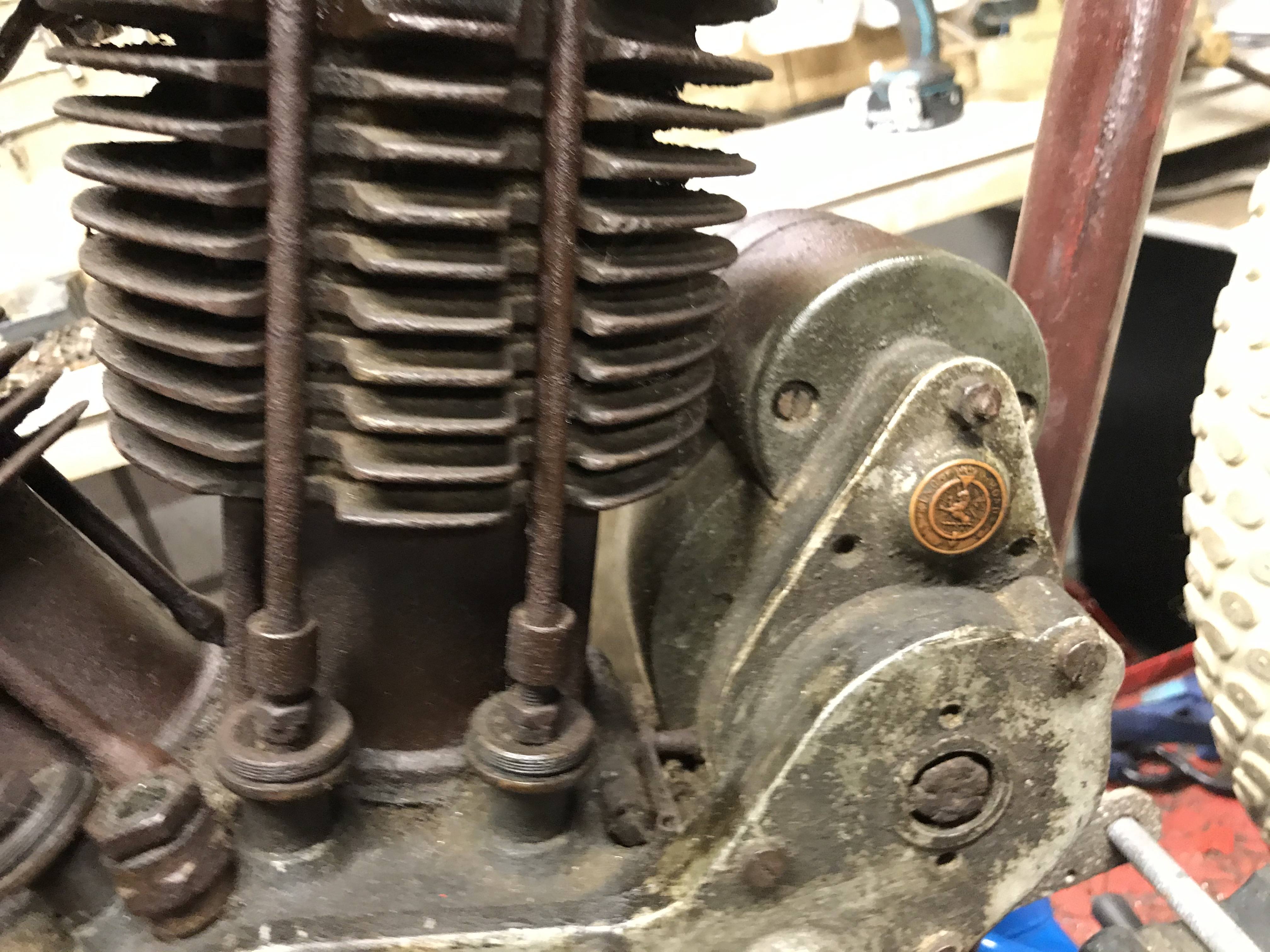 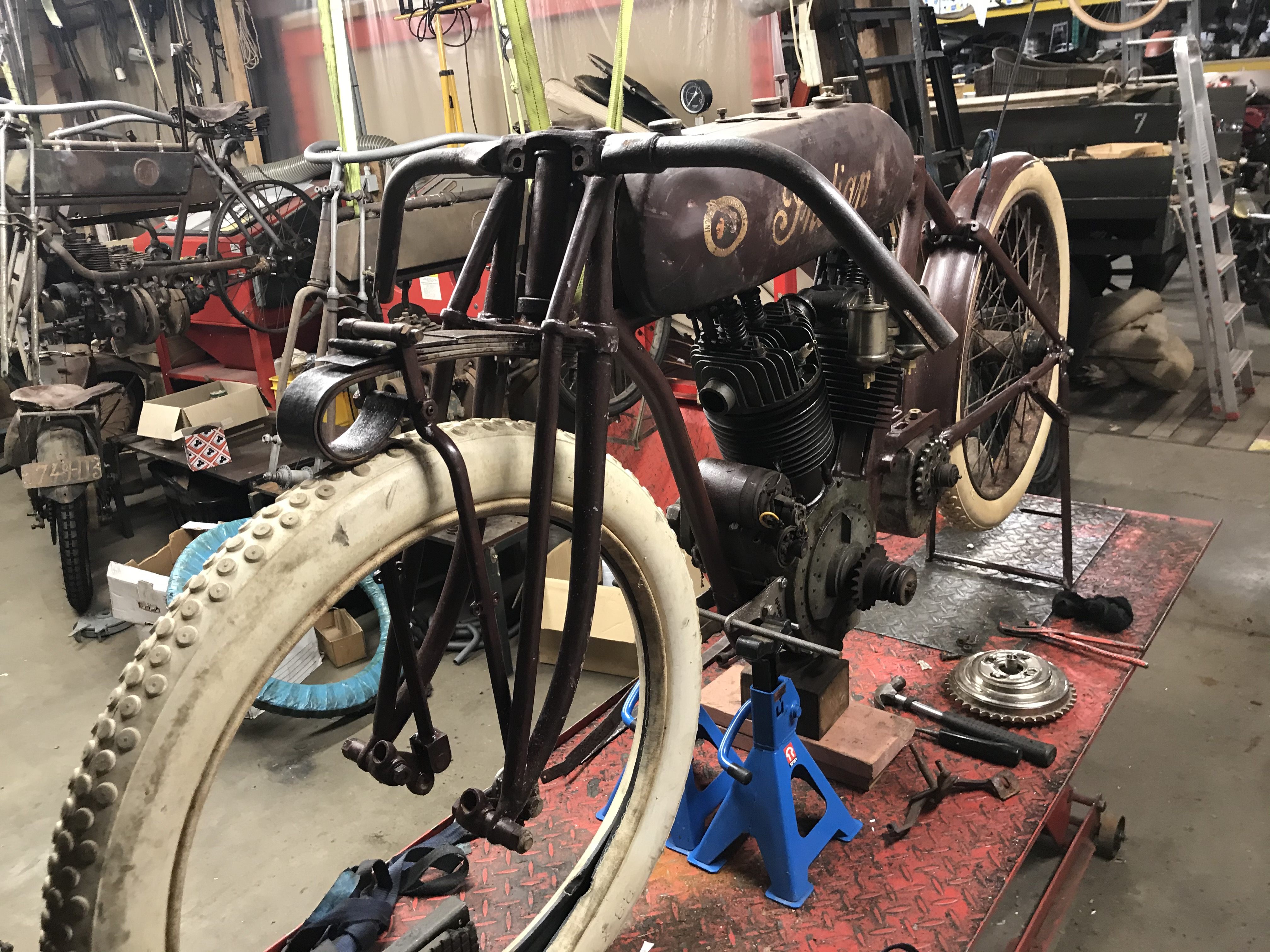 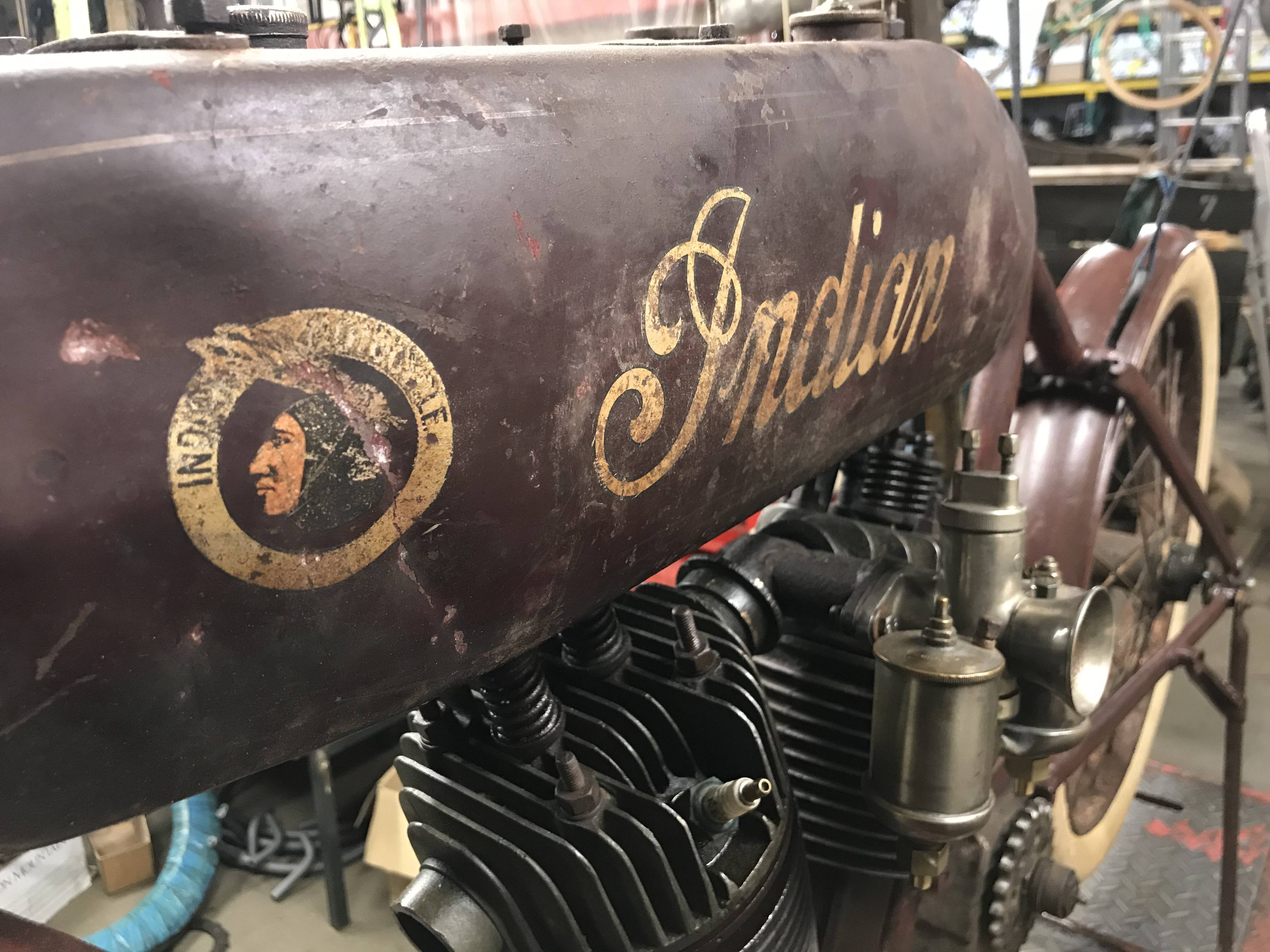 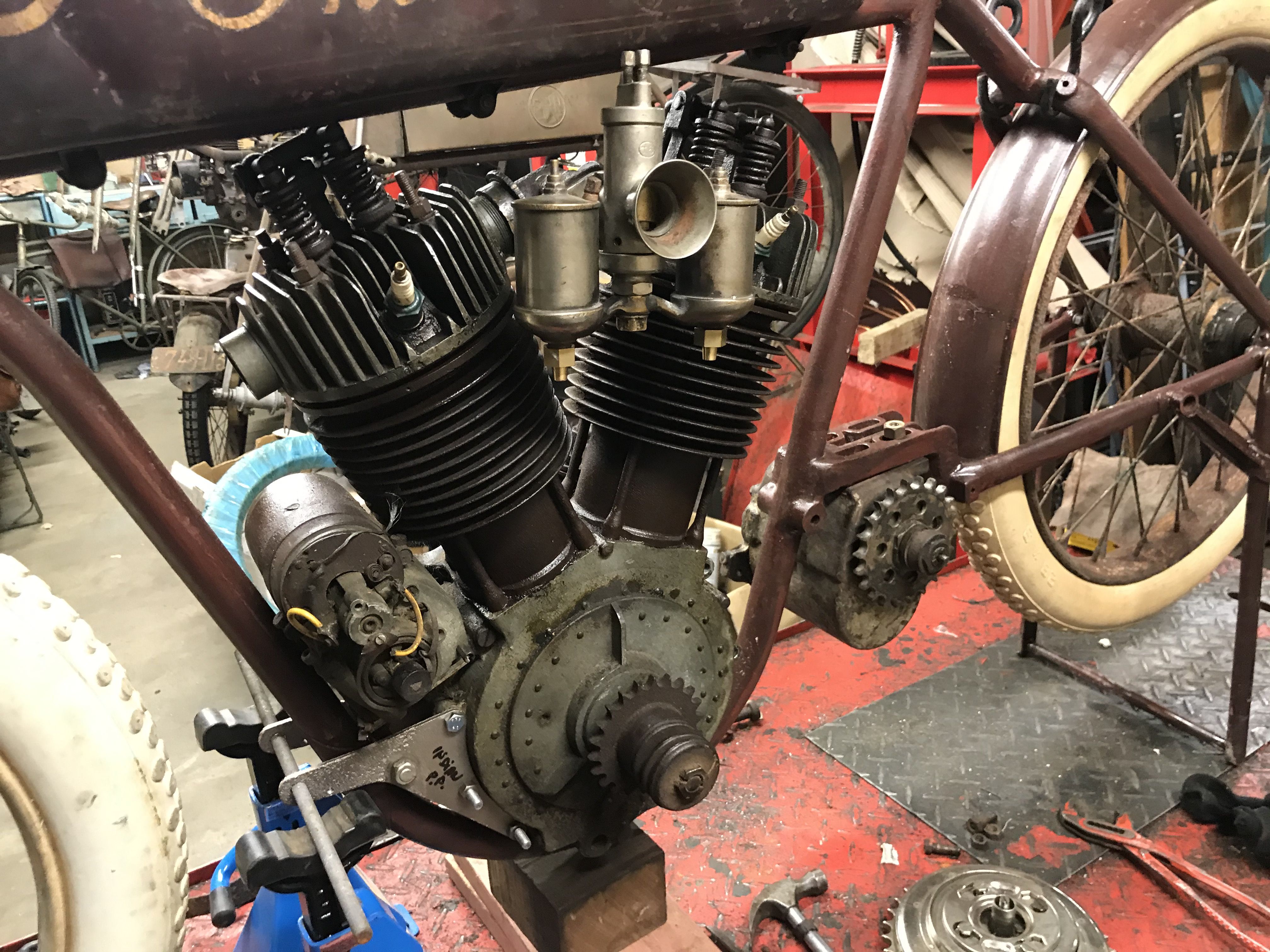 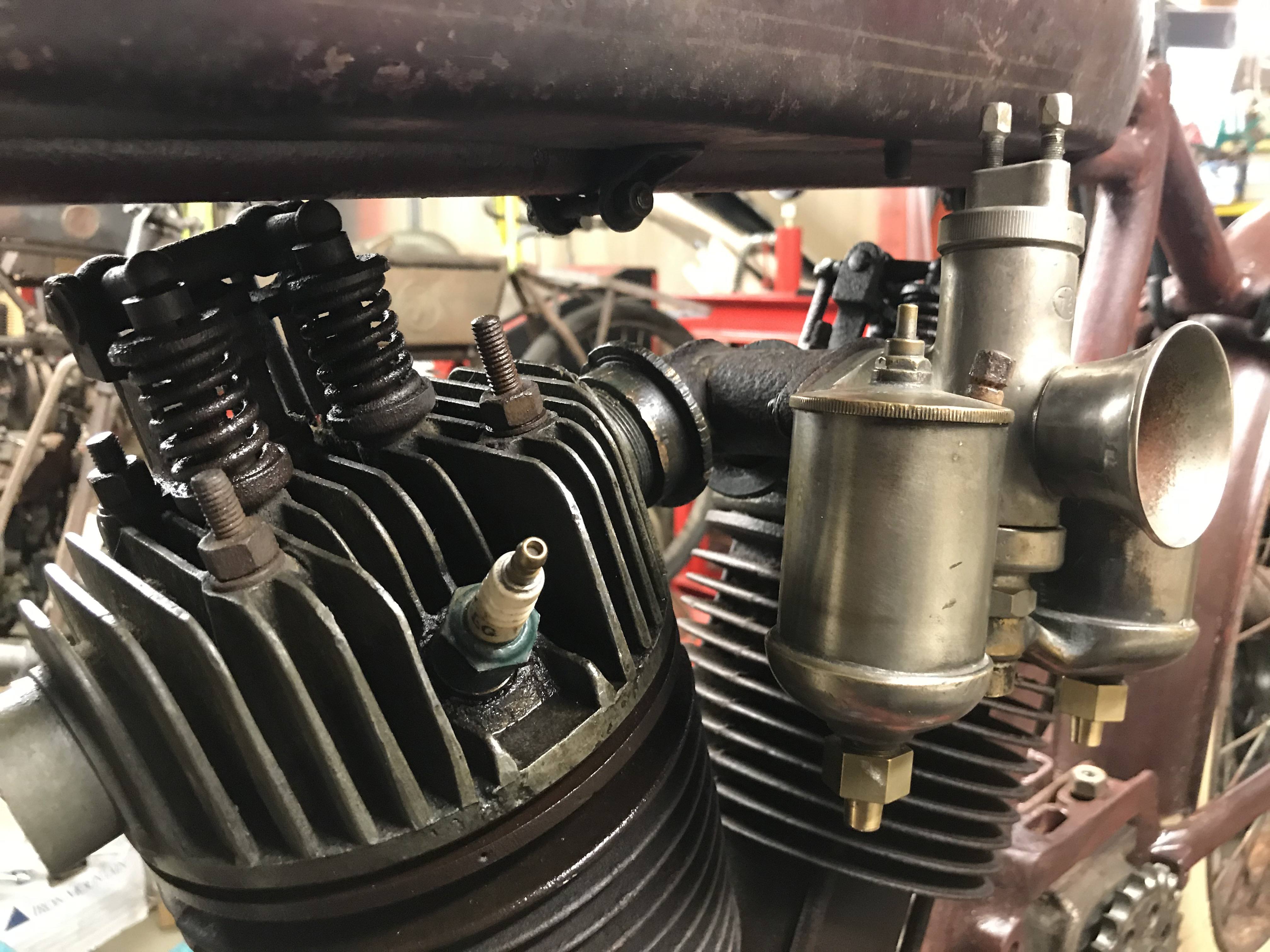 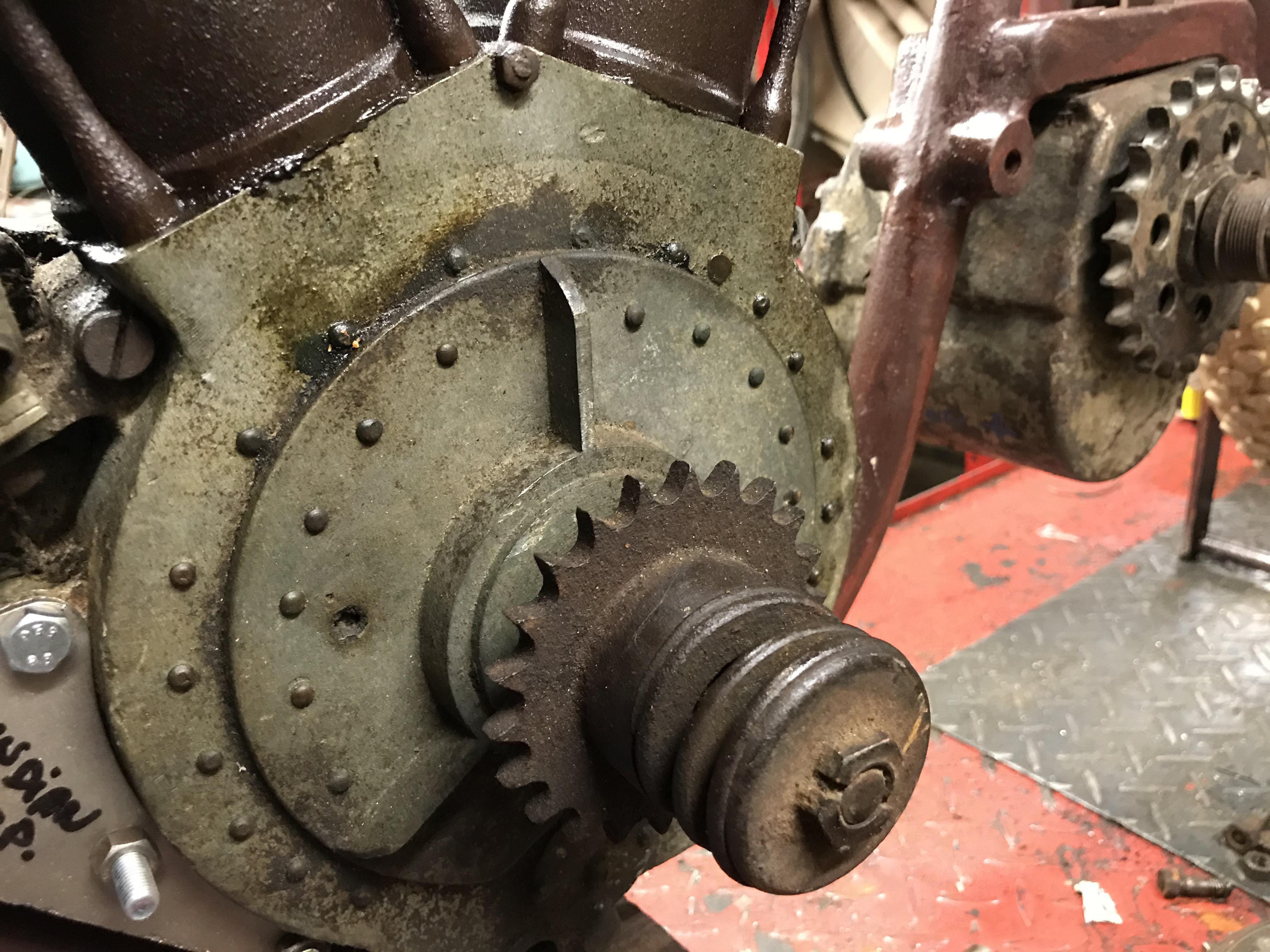 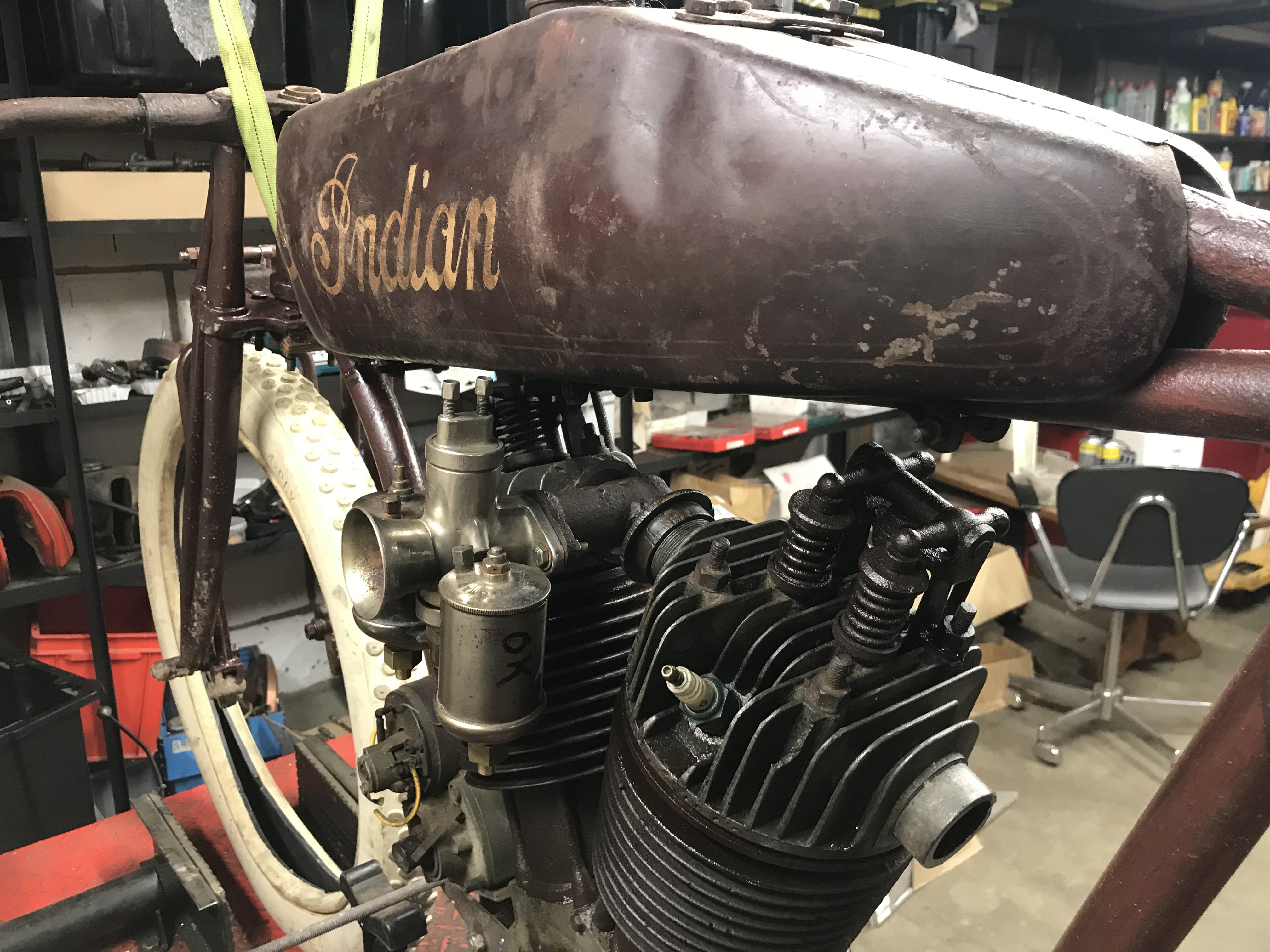