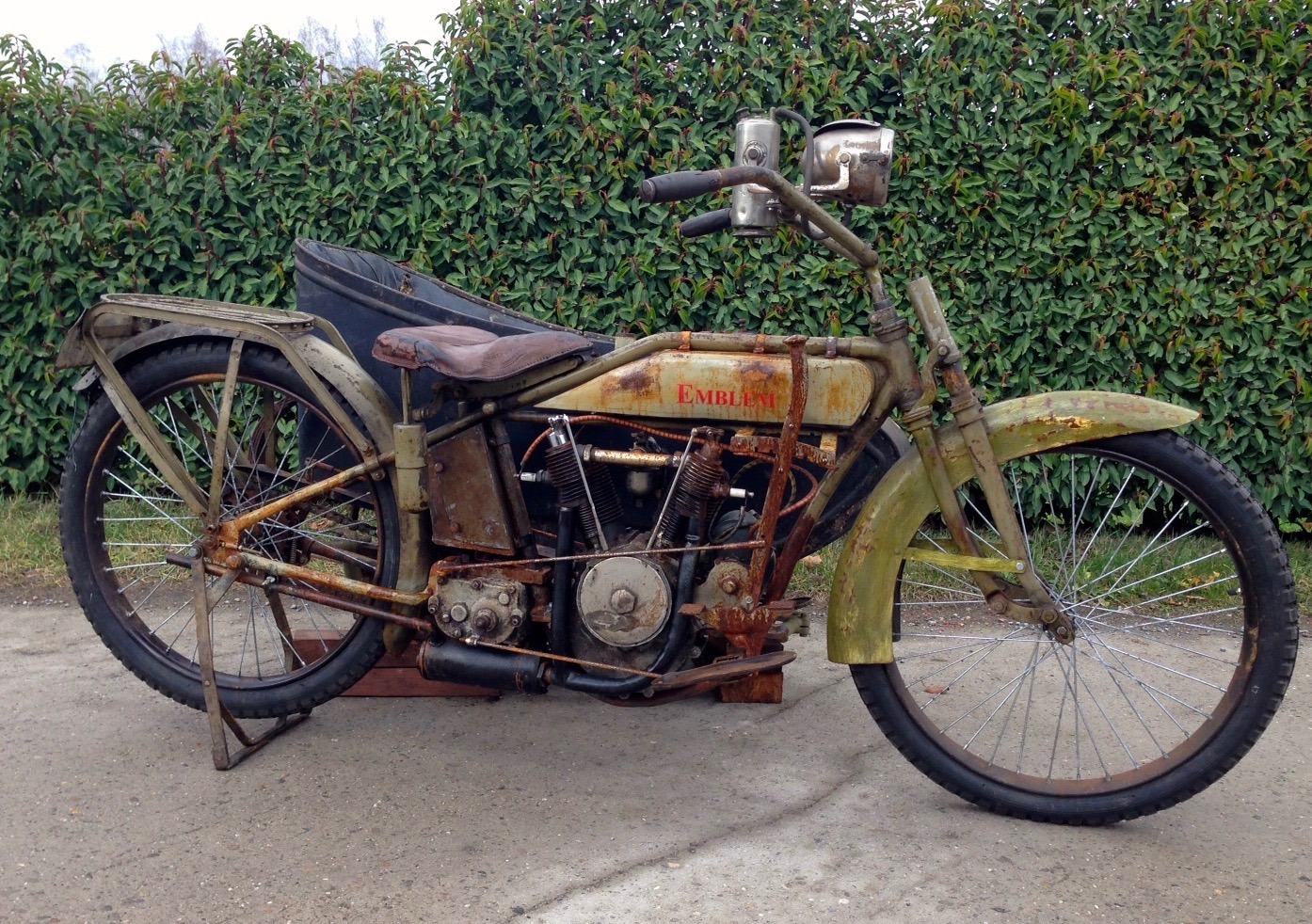 William G. Schack made bicycles in the late 1800s. In 1904 his firm moved to Angola, Erie County New York. From 1907 they build their first motorcycles with a built in Thor engine. From 1912 they build their own 1200cc V-twin motorbike. In 1917 they come out with a 680cc V-twin, the Little Giant Twin. This could never be a success because in the same year Emblem stops after production of 200 of these Little Giant Twins.
The Emblem model Little Giant Twin offered here is a 680cc OHV with the original sidecar. This model was available in belt drive or like this model with chain drive and 3 gears. Motorcycle is complete and there is a 2nd incomplete engine and some small parts. Very rarely this model is offered for sale! 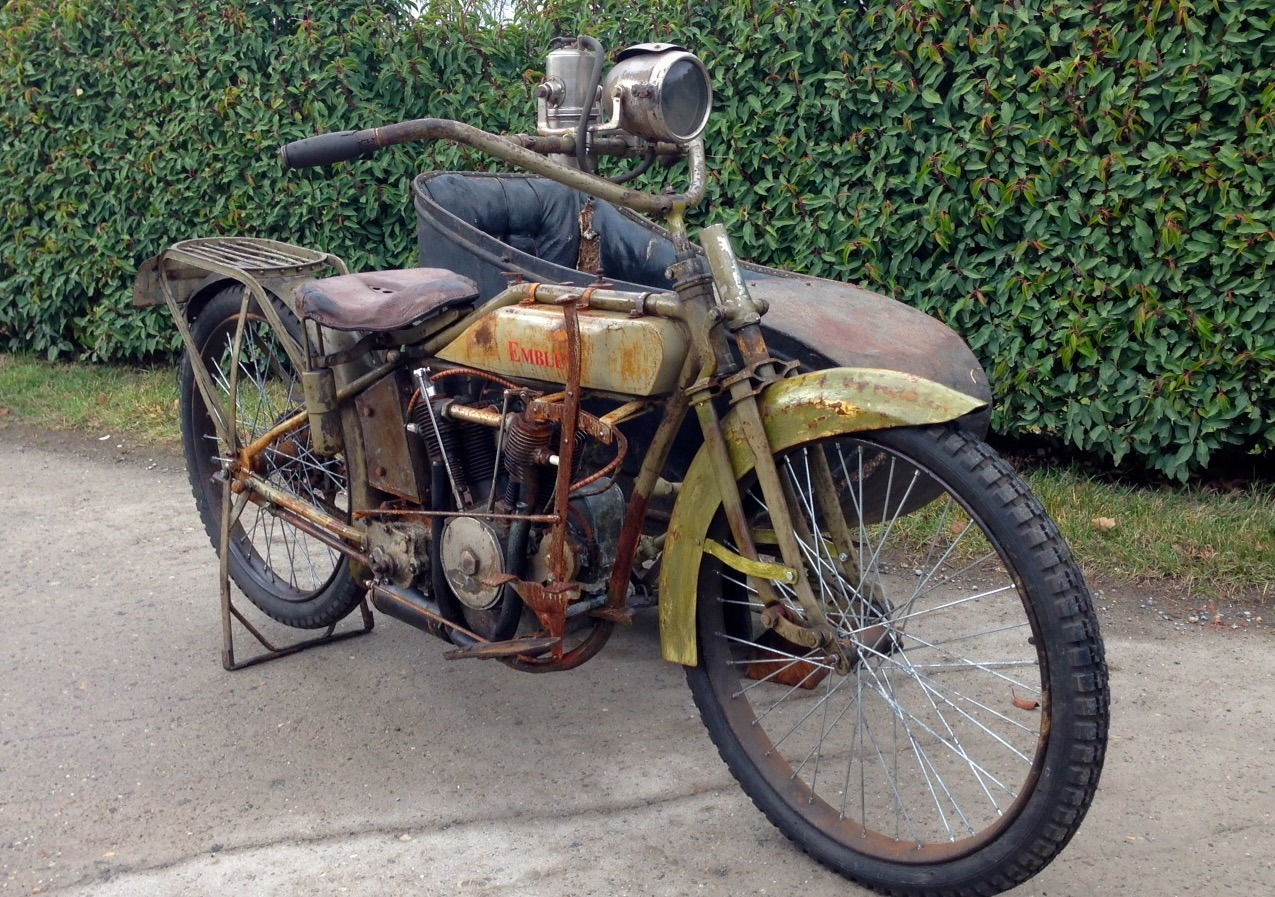 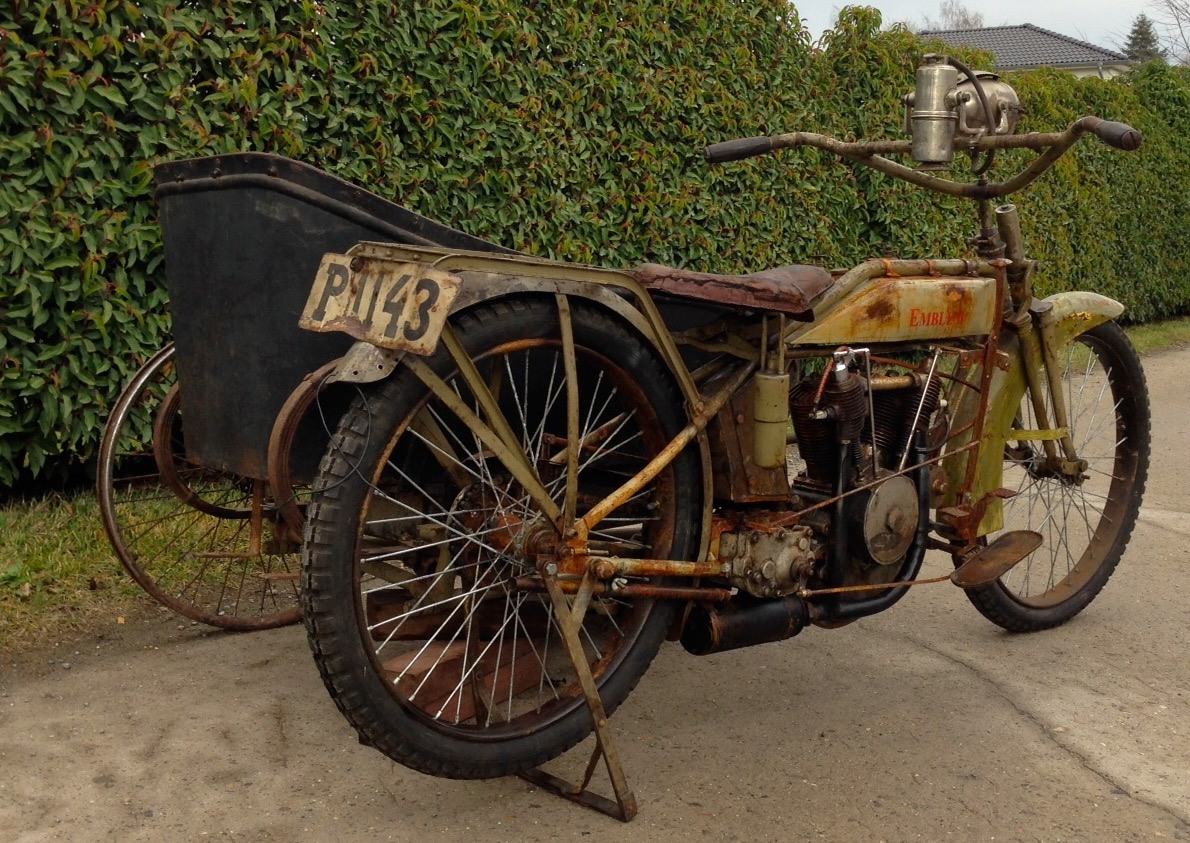 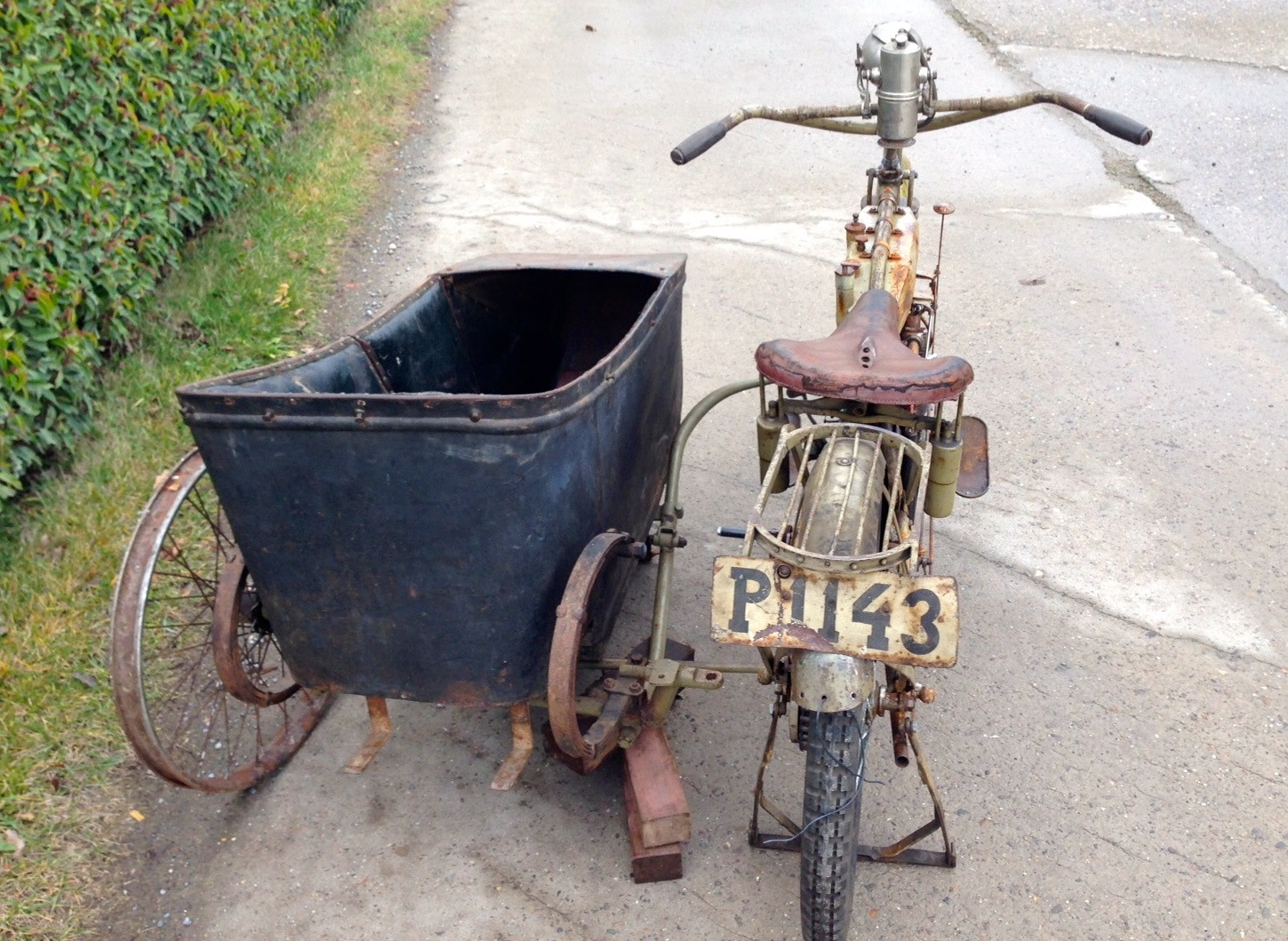 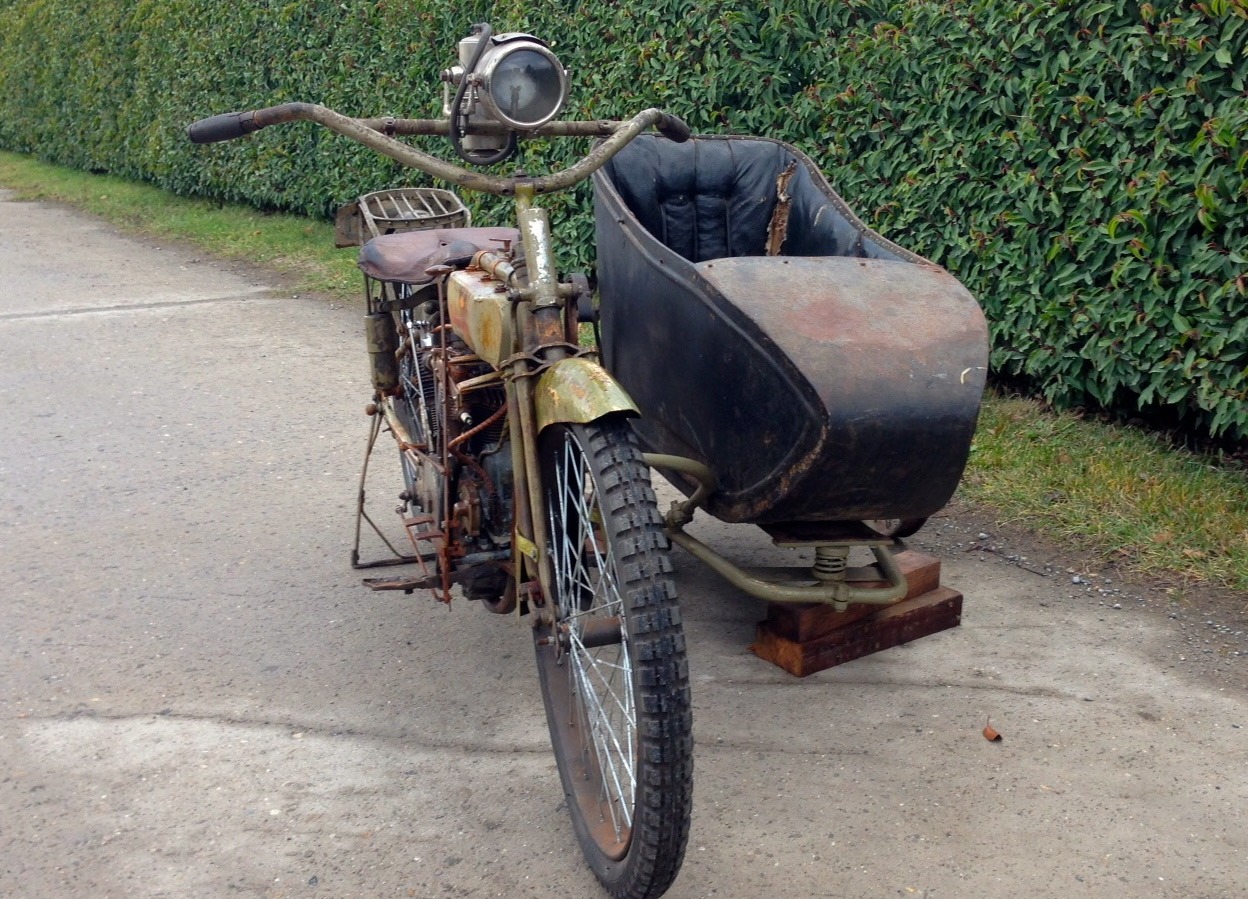 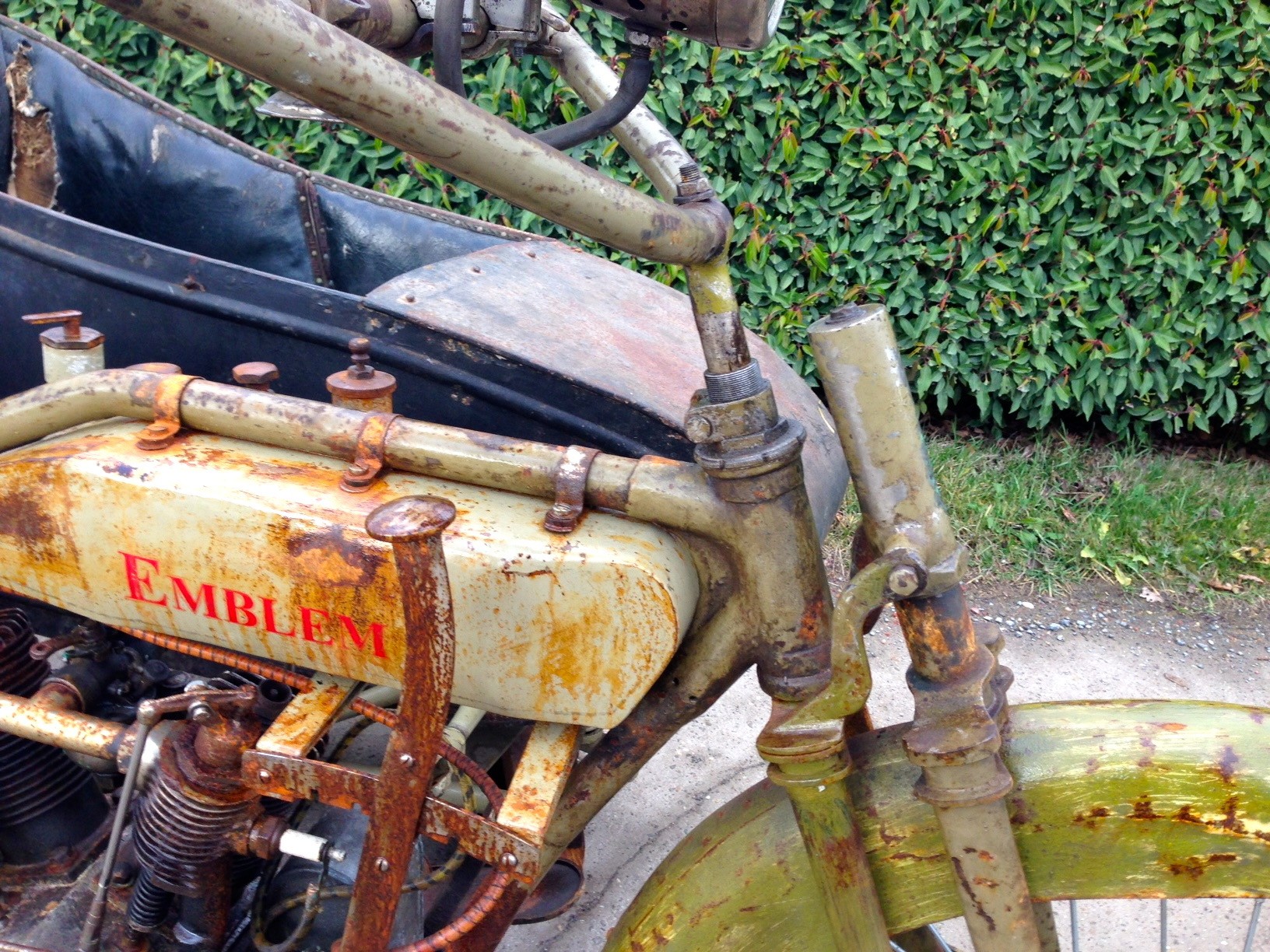 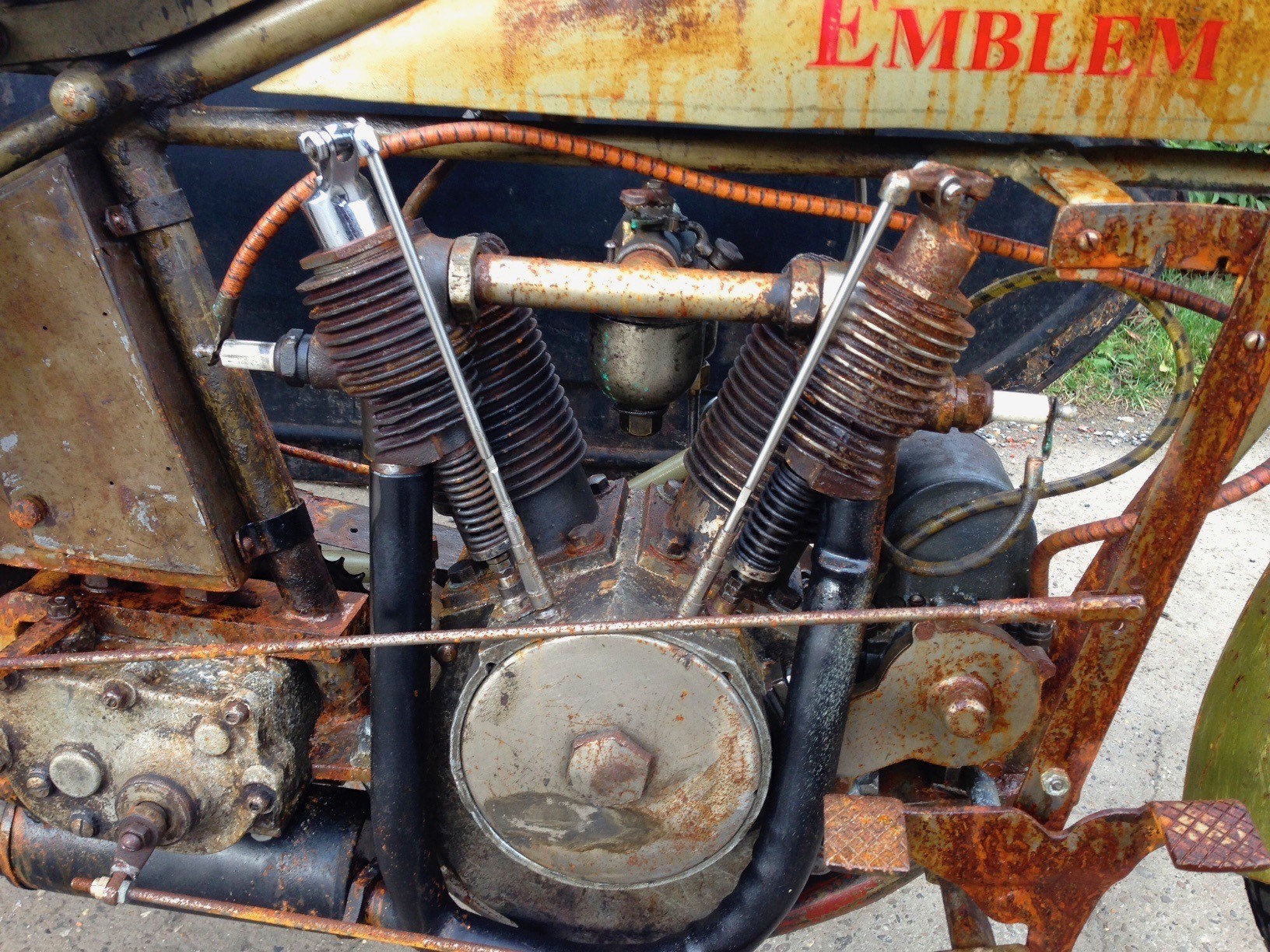 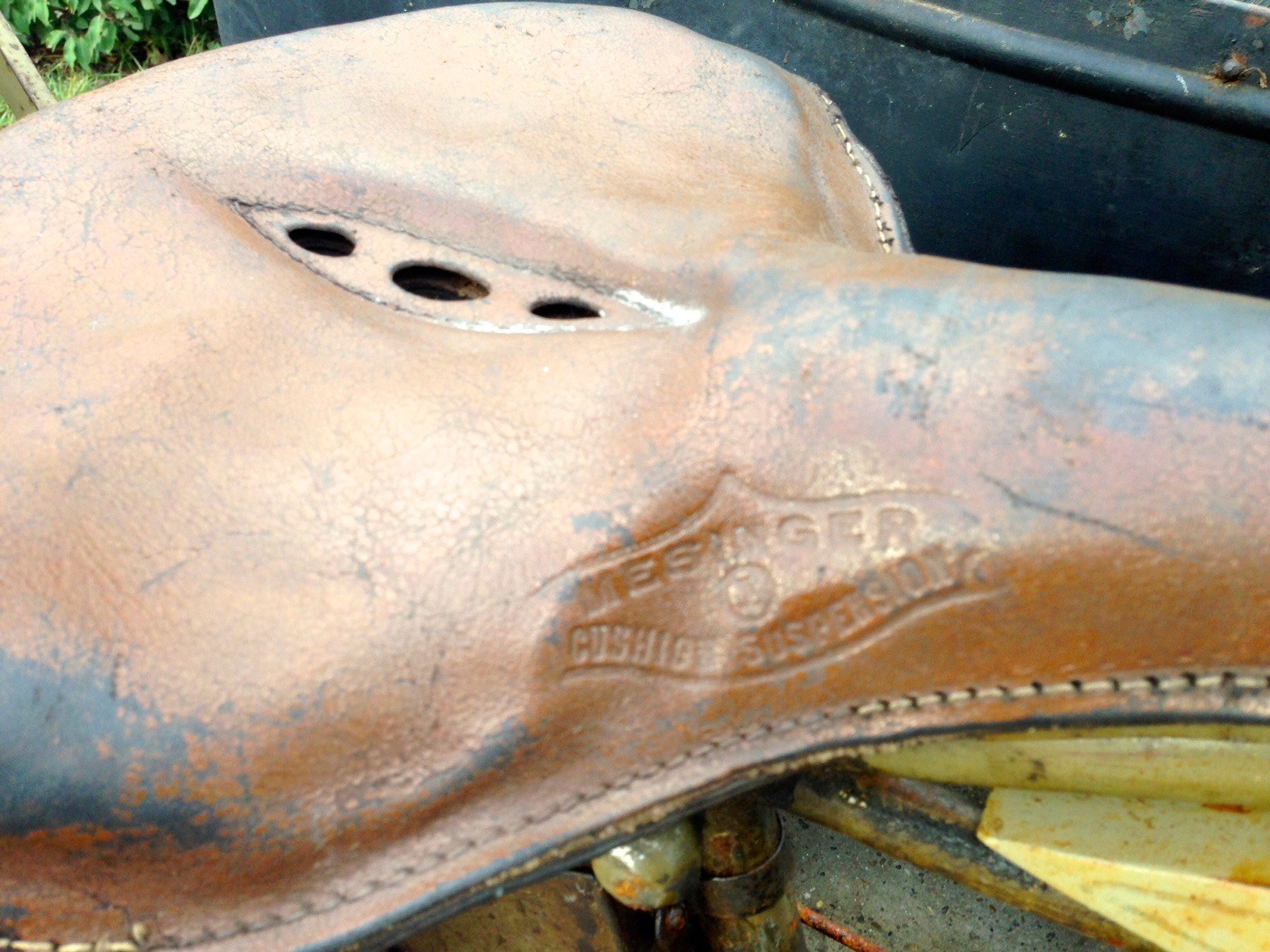