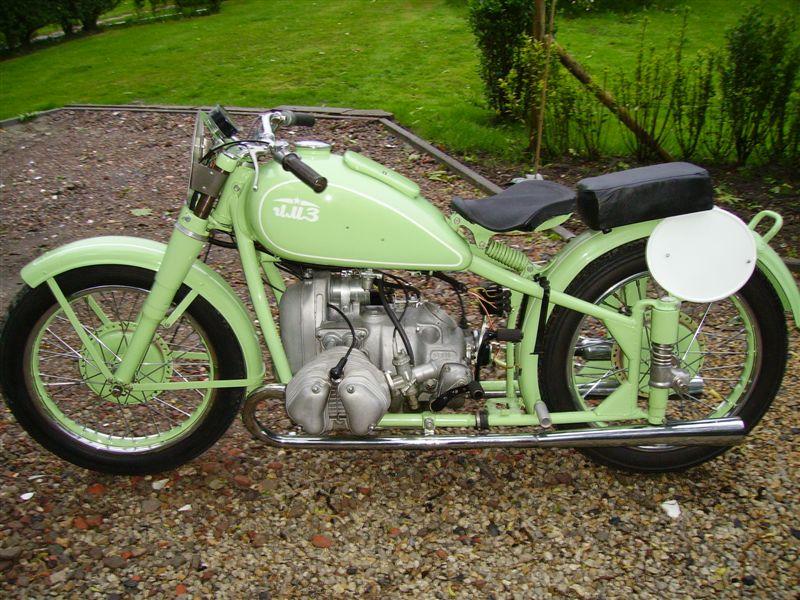 Russian factory racer - the last known in the world -

In 1940, the Russians tested 15 different motorcycles from different countries to choose a standard model for Russia. After heavy comparative tests, they chose to build the BMW R71 (750cc side valve boxer engine). This became 'their' model M72 (except for some minor details identical to the German example). In 1941 they started building these engines first in Moskva later in Irbit (the later Ural factories). In November 1942 the engineers started to build a OHV version of the M72. The basis was their standard M72 with heads of a BMW R51. This development has lasted from 1942 to 1945. Due to the high production costs, this model was never taken into production. The only remaining example of this model can be found in the Poly-Technical museum in Moscow. At that time they had the idea to make a strong machine for the Red Army and never thought that this was the basis of the later very successful M75 race engine. Later this model was refined and the cylinder heads of a BMW R75 were taken as a basis for this OHV modification. From this came in 1946 the M75 with a 750cc OHV engine with +/- 40Pk and a top speed of +/-170 km/h. The M75 has then in the following years stood model for the later racers as the M75-m and M80.This engine is an early version of 1946. This can be seen at the frame number (nr 006) and because he still has the kickstarter which was later that year no longer put on this engine. Of this bike there are about 10 made and this is the only riding one left. This motorcycle comes from the collection of Aleksey Popov from Riga, latvia (see picture). a well known collector of Russian racing motorcycles. this motorcycle was some years ago extensively discussed with many pictures in the magazine 'Motorad classic'. also described in Weav's book of Russian motorcycle history and many websites. 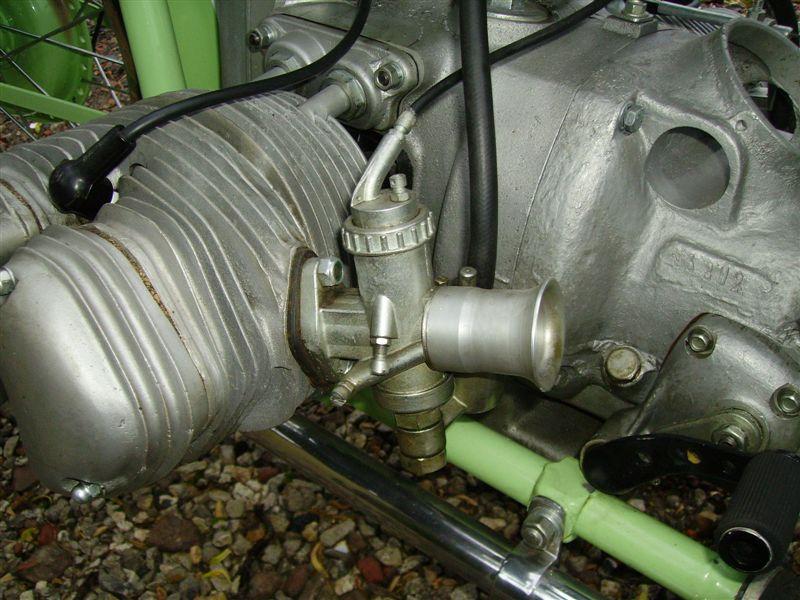 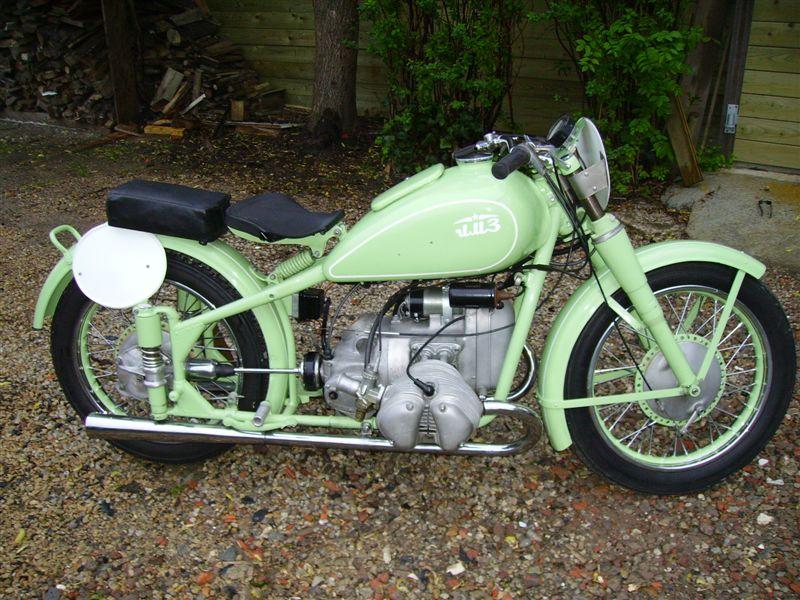 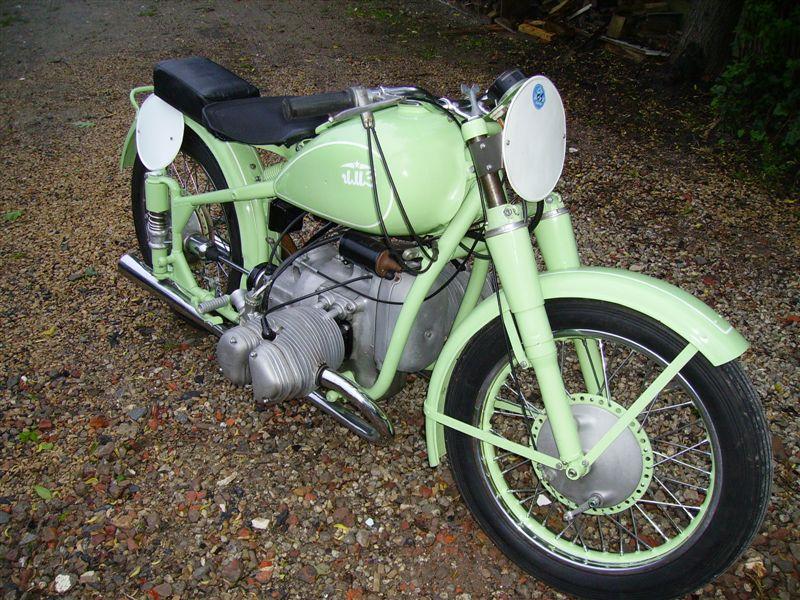