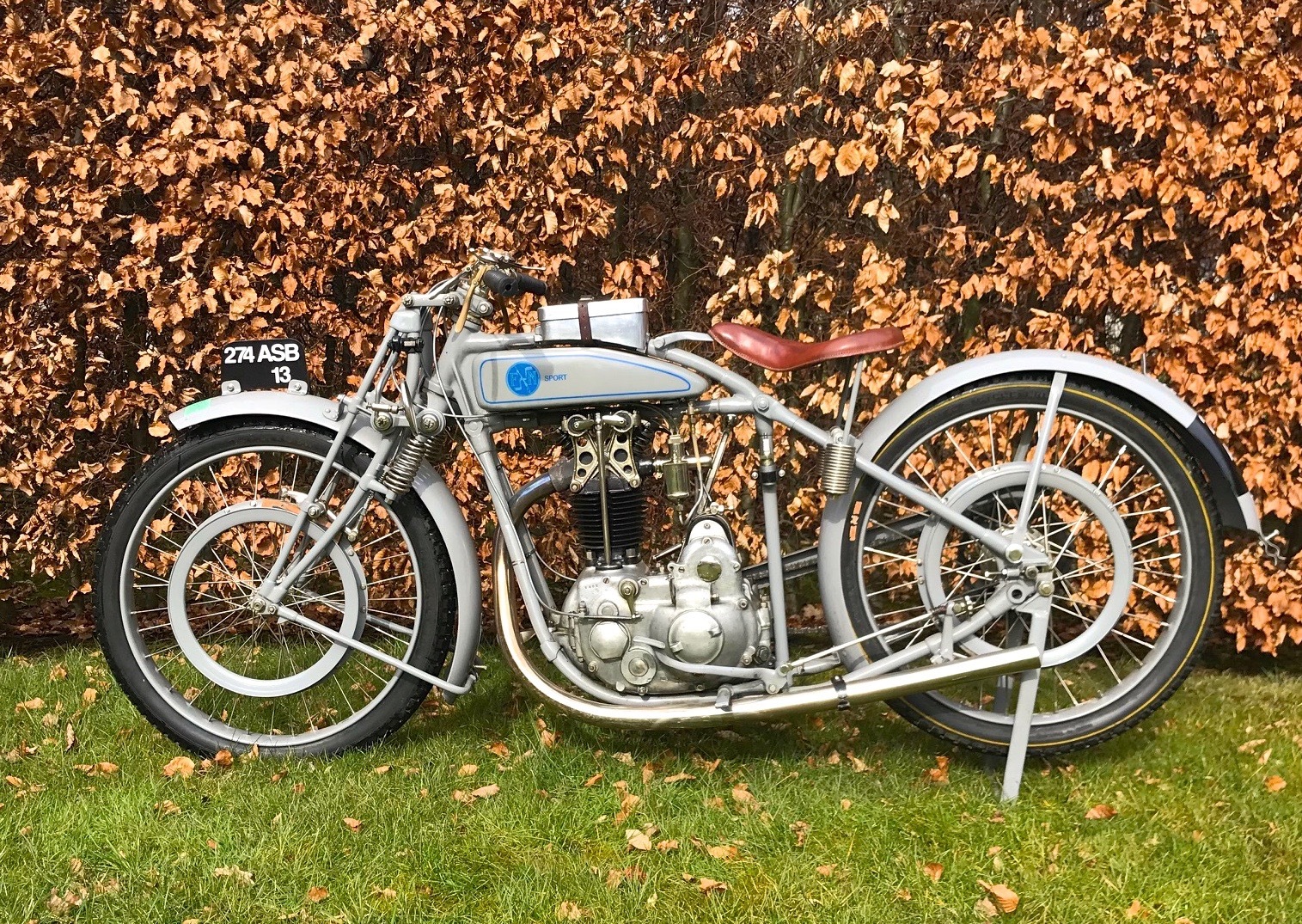 Very nice and rare Belgian FN model M60 Sport. This disc is a 350cc OHV from 1925. The sports version is different from the Standard and Conform because of the large wheels with narrow tires. This motorcycle also has the right group of brakes for 1925. Rare because most are in 1928 came FN with the drum brakes on the new models. Most people then changed their wheels to have better brakes. This makes that you rarely come across an early FN with the right poulie brakes. This motorcycle is fully restored and is in very good running condition. According to FN data this motorcycle was delivered on 12 June 1926 to FN Neuilly in France. 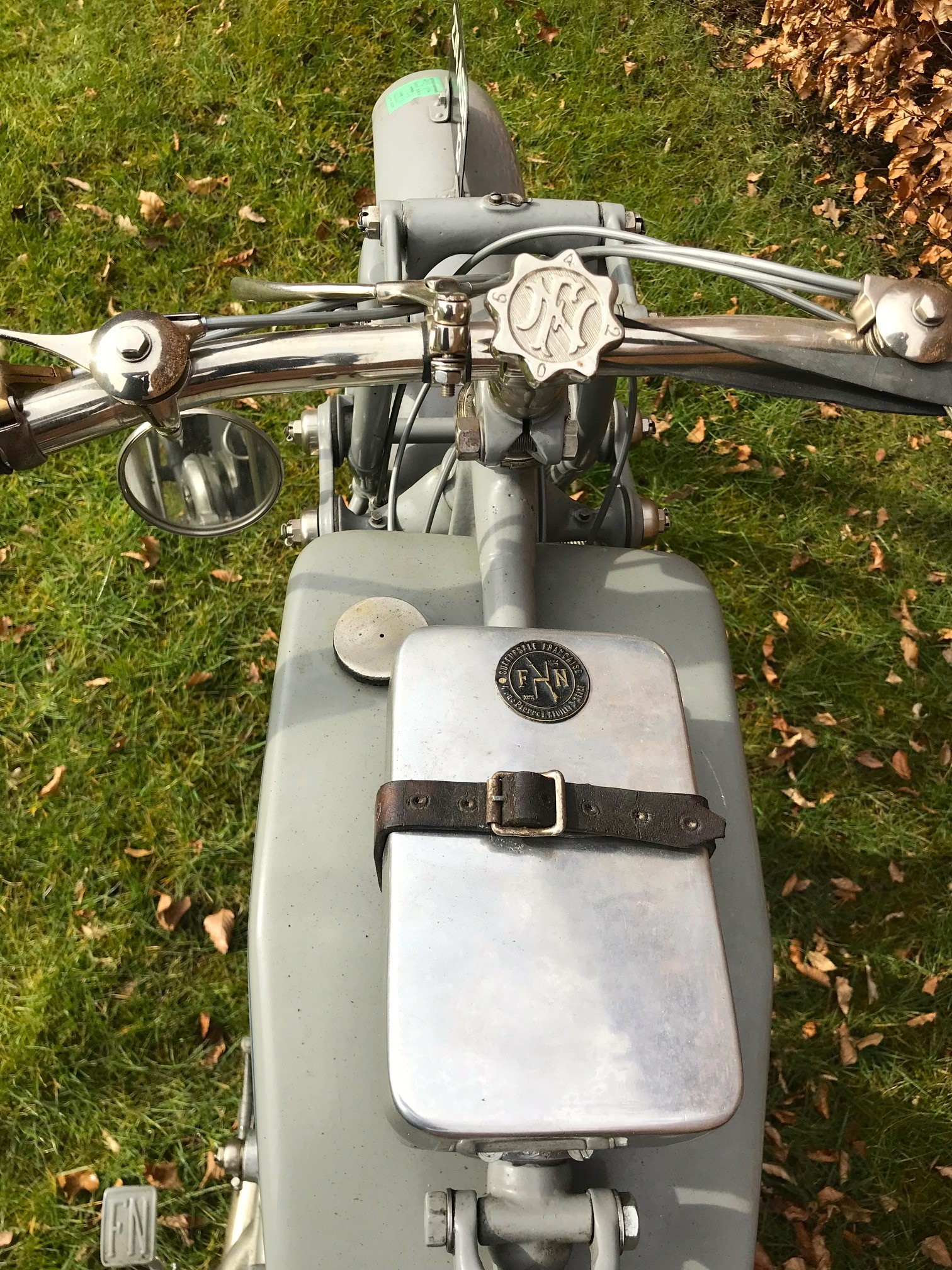 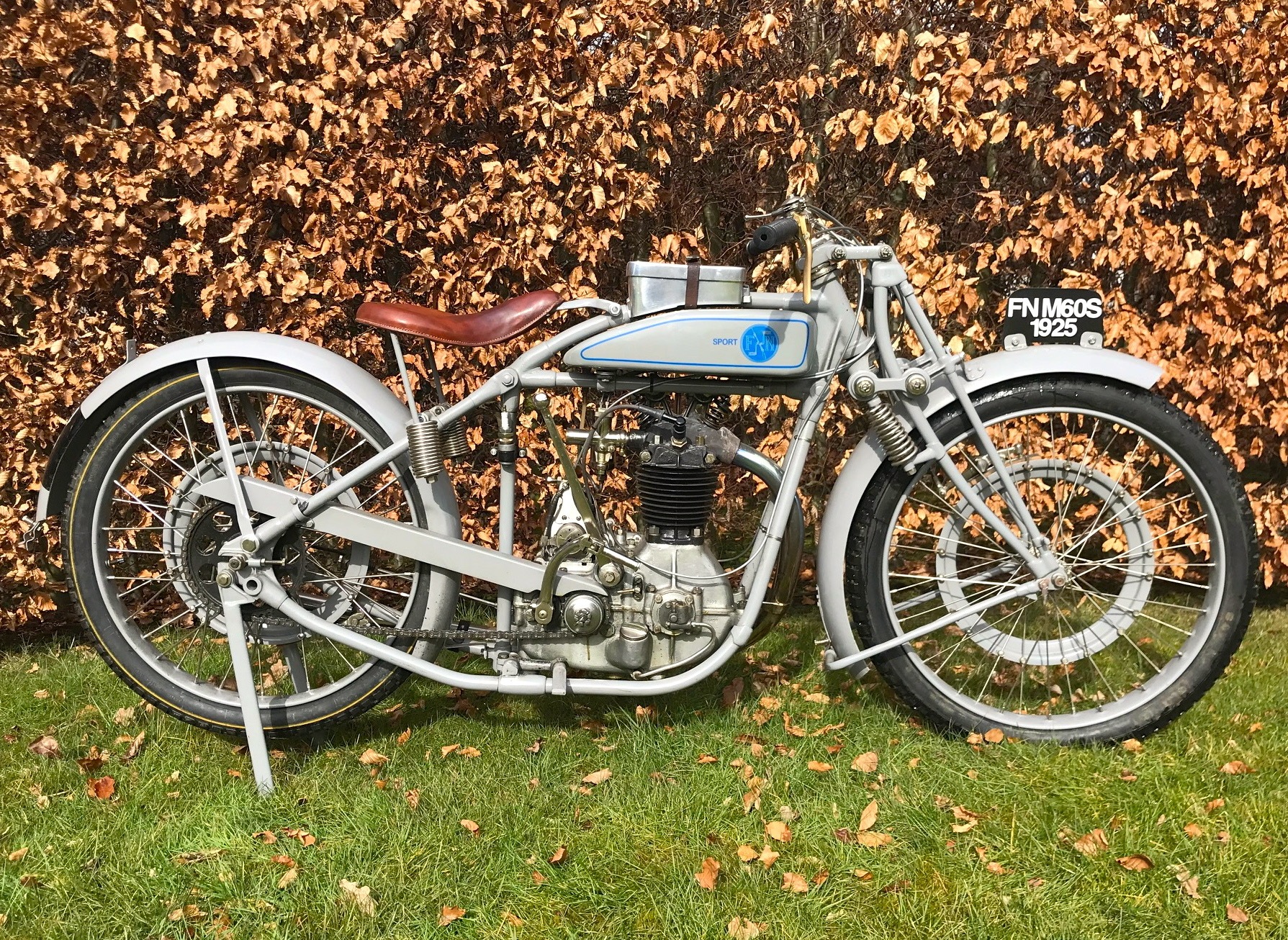