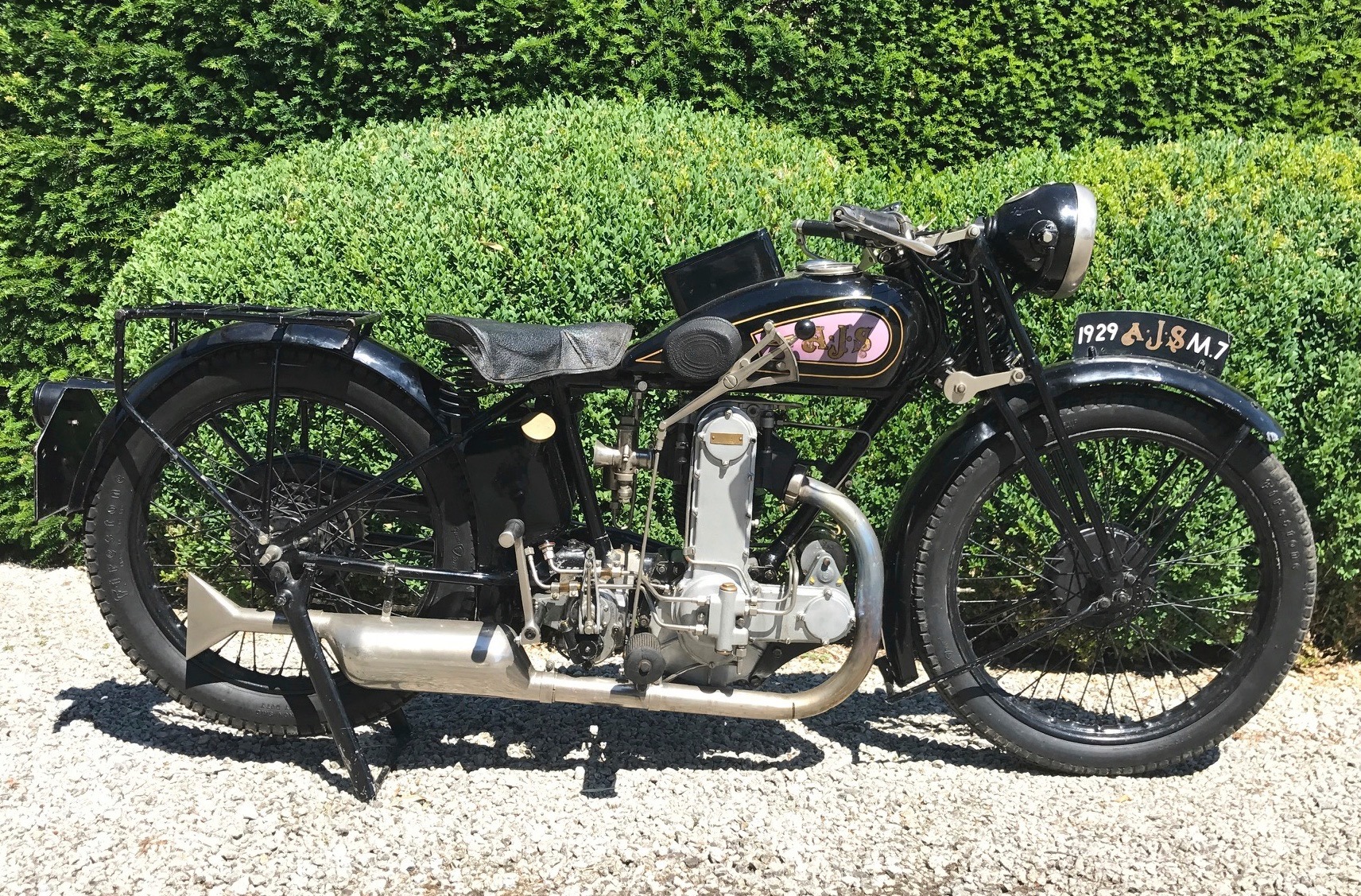 Very rare AJS 350cc OHC racer.
As a successor to the Bigport, AJS came with the OHC (Over Head Cam overhead camshaft). In 1929 this model was modified in many ways to have a faster racer. On the engine side there were stronger rockers and a reinforced ribbed crankcase. More important was the modified camshaft. Tests at the factory had shown that the poor performance was due to the timing of the valves. The timing of the tappet OHV had been copied but because of the improved efficiency of the overhead camshaft, the timing could be adjusted enormously, which led to very good results. There was a new 4 speed gearbox, a modified frame and a new saddle tank, bigger brakes. After solving the problems of the OHC engines AJS had a successful racing year in 1929. Wal Handley was just 2nd behind Freddie Hicks on Velocette in The Isle of Man junior T.T. Handley just didn't win because of damage to his brake shoes in the last lap. In the German T.T. in June on the Kolbergrennen George Rowley won on a 350cc (this model). Arthur Simcock was second behind Freddie Hicks on his Velocette in the Dutch 350cc T.T. in Assen. George Rowley was 2nd in the German 350cc Grand Prix at the Nurburgring at the end of Julie. A few weeks later he won the Austrian 350cc Grand Prix in very wet conditions. In September Leo Davenport won the 350cc Ulster Grand Prix and teammate Rowley was 2nd.
This bike has been in private ownership for a very long time and was technically completely overhauled last year. Still some effort has been spared. Everything has been disassembled and checked and where necessary restored to new condition. Even the crankshaft has been disassembled and overhauled. Invoices are present to prove this. This is a unique opportunity to own a rare and fast racer. 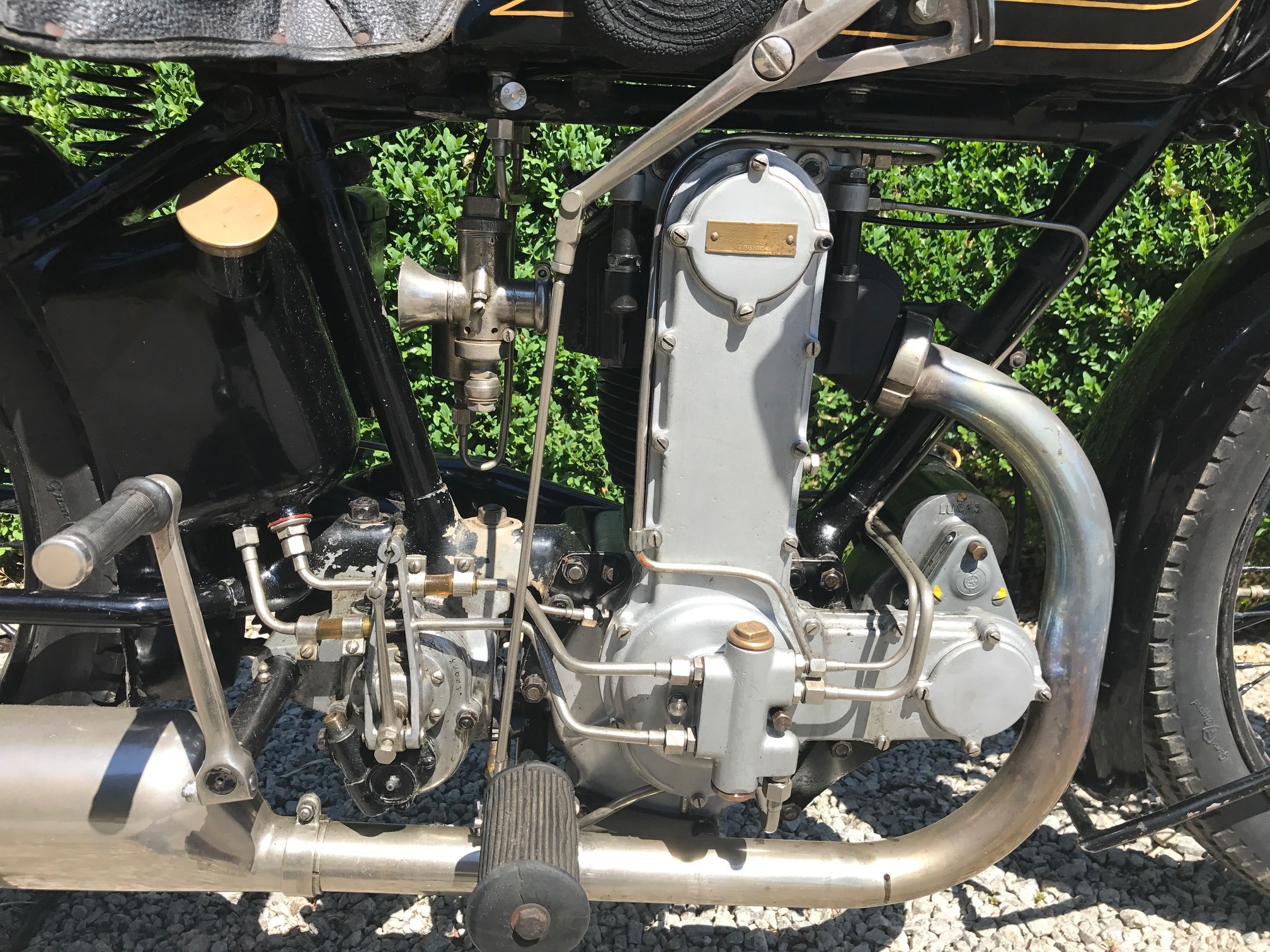 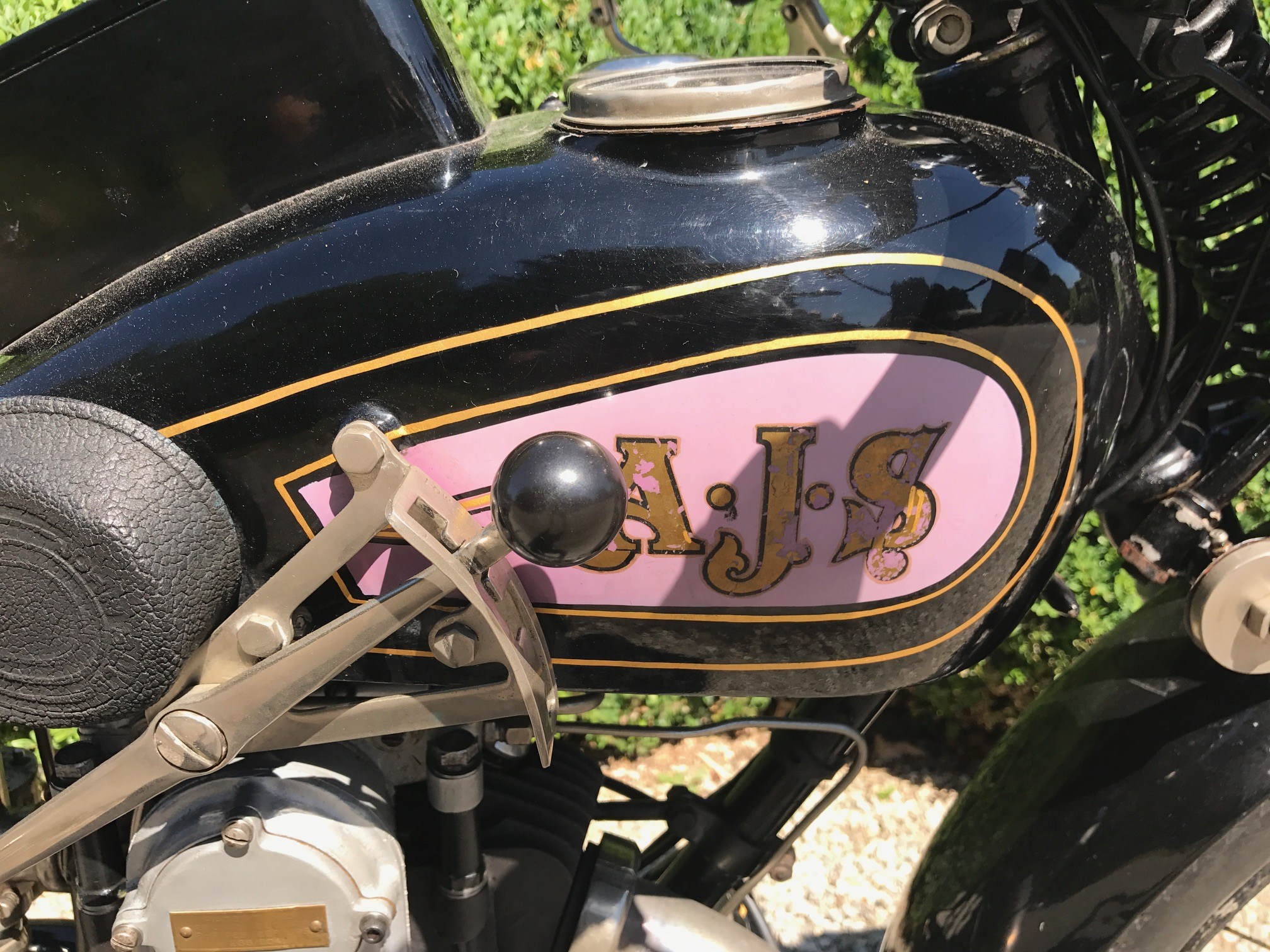 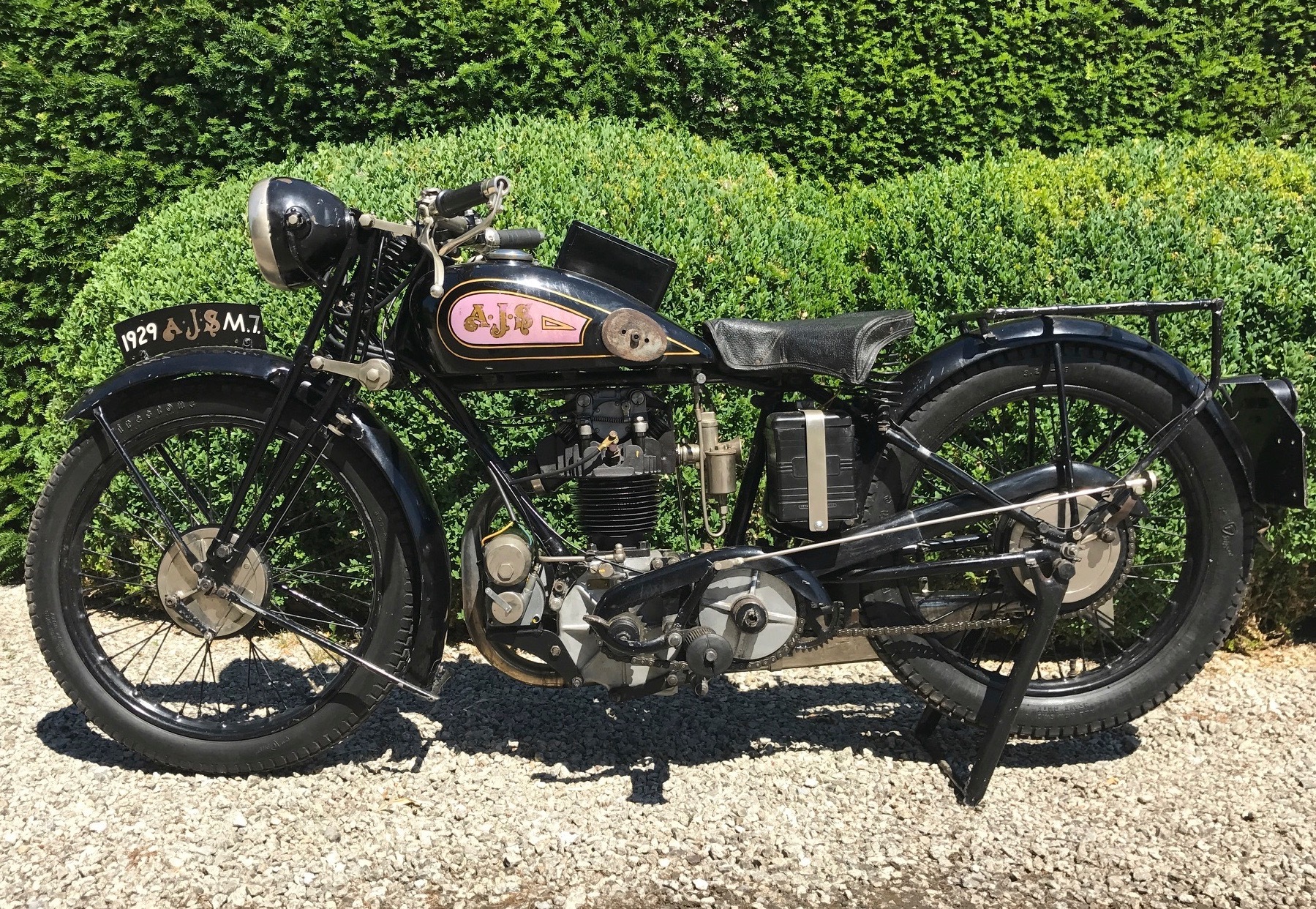