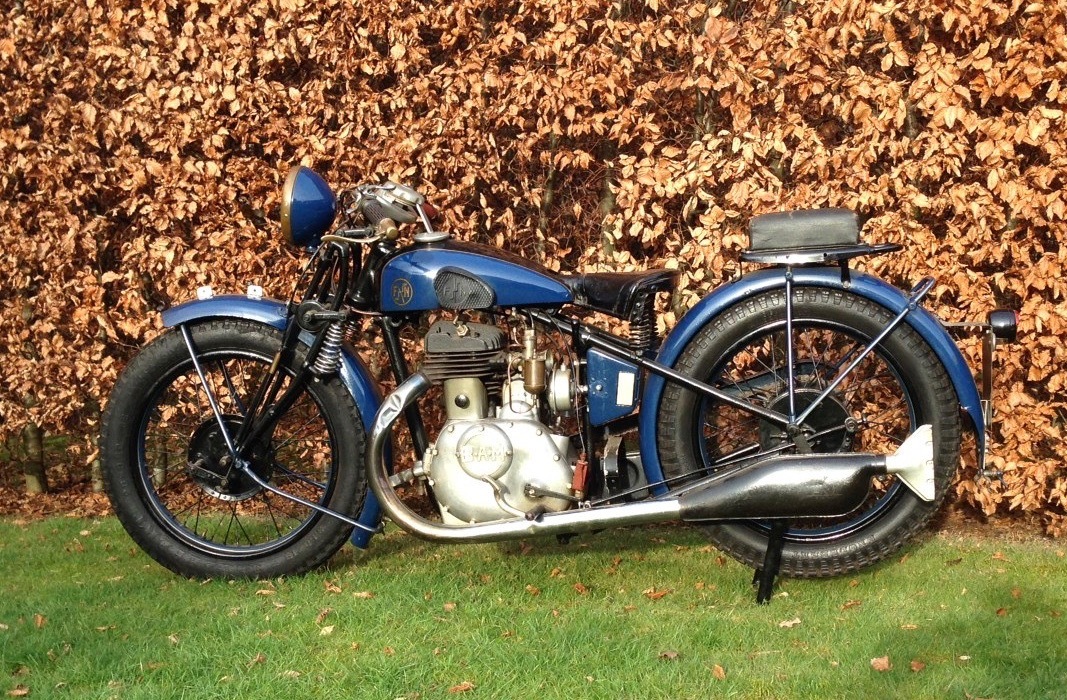 Belgian FN made in Germany under the name BAM. This is a M90 a heavy 500cc side valve. Ideal for touring or sidecar use.
Fn sold many motorcycles to Germany but when Hitler came to power and in 1933 made a law that all motorcycles sold in Germany had to be of German make, they solved this by starting a company in Germany. This was BAM (Berliner-Aachner-motorwerke). Berlin was an administrative building and in Aachen was the assembly. Parts were imported and assembled there, later this model was modified with local parts so this model differed in detail from the Belgian model.
This motorcycle is an old restoration that needs to be restarted. This is a rare model since only 56 pieces were made in 1936. All German parts are present such as: side cover with BAM instead of FN, special wheels and brakes, different handlebars, different control manets with German text, ...
This motorcycle is possibly also for sale with a large Belgian sidecar of the same period.
‍ 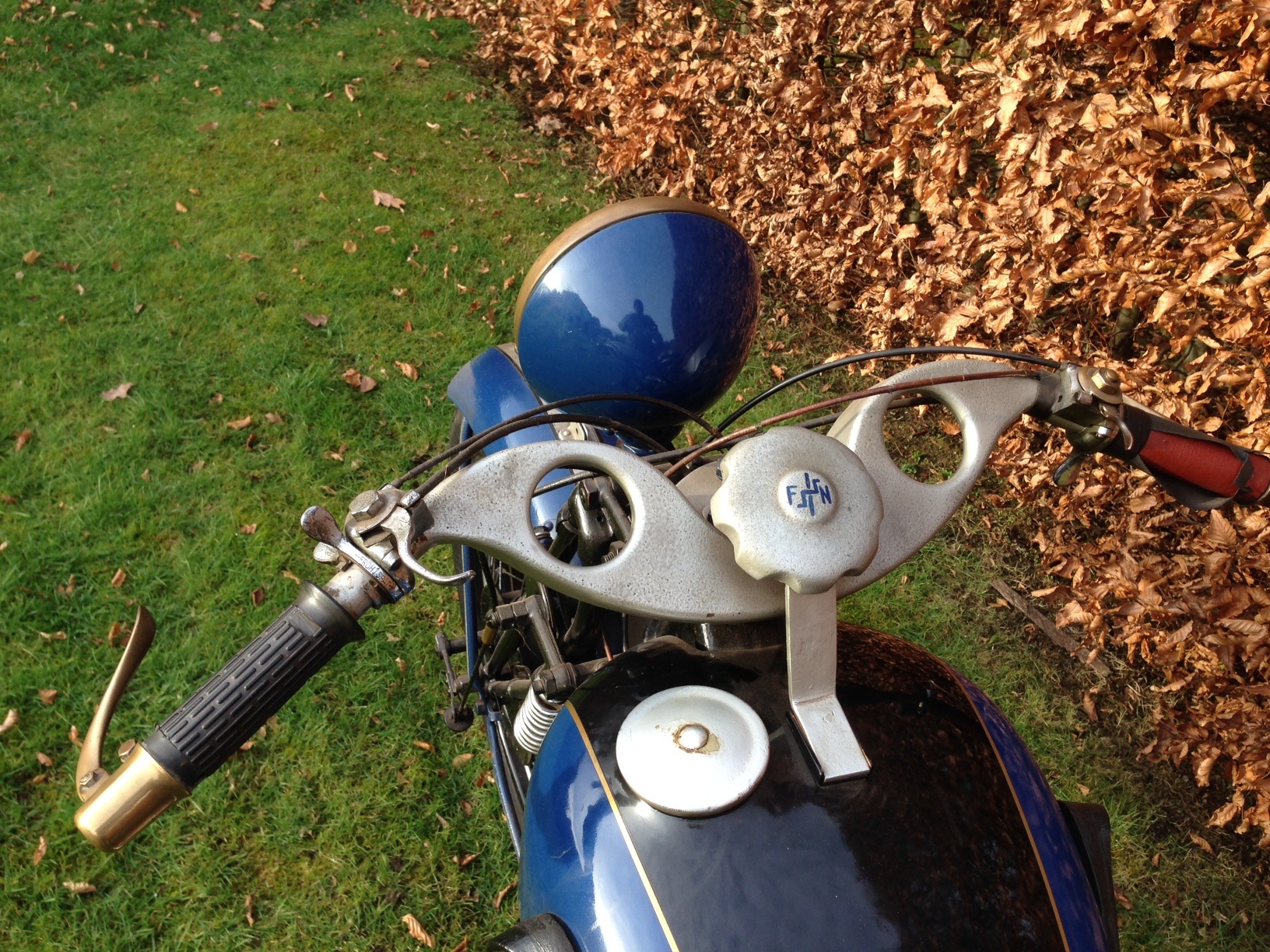 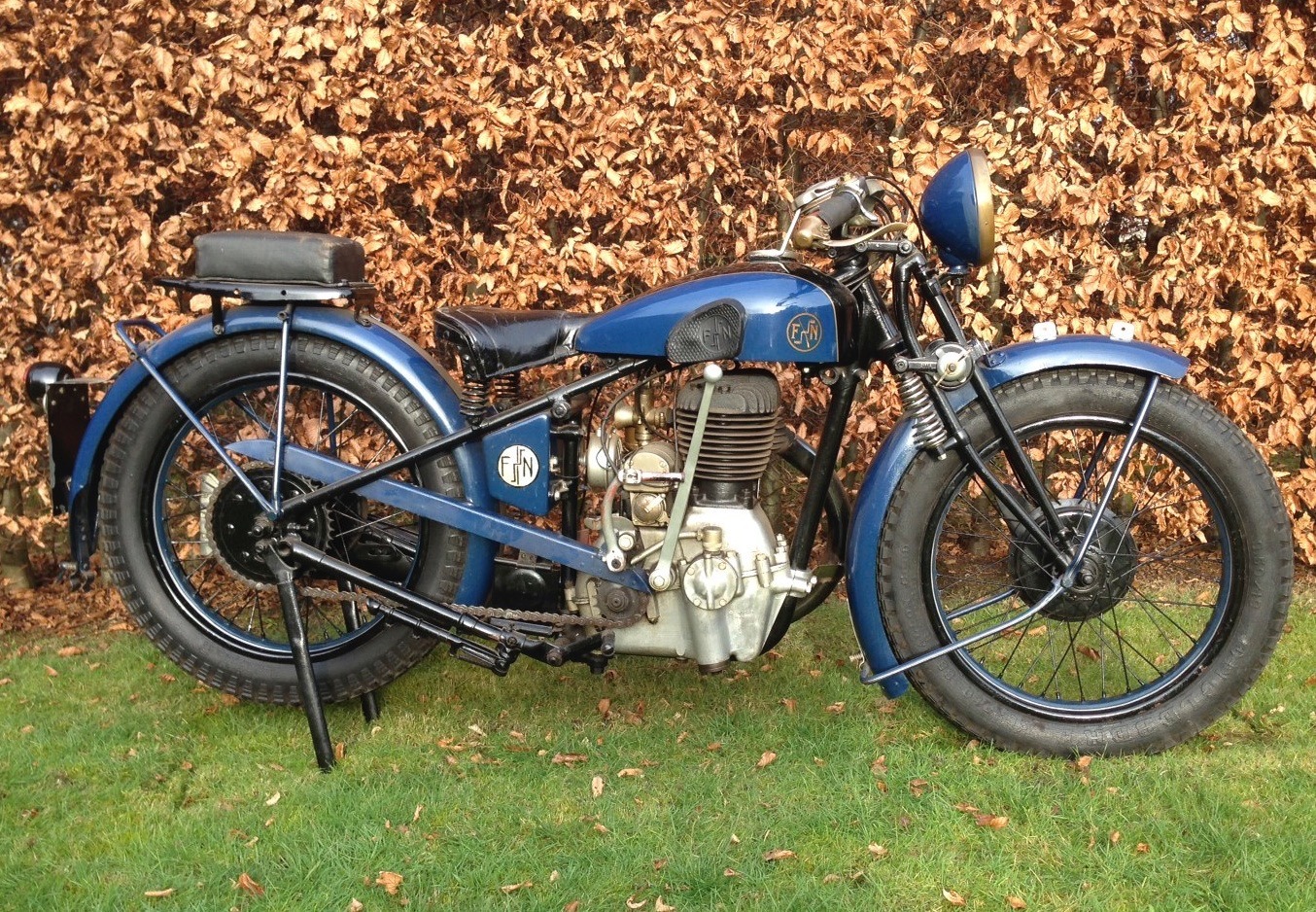