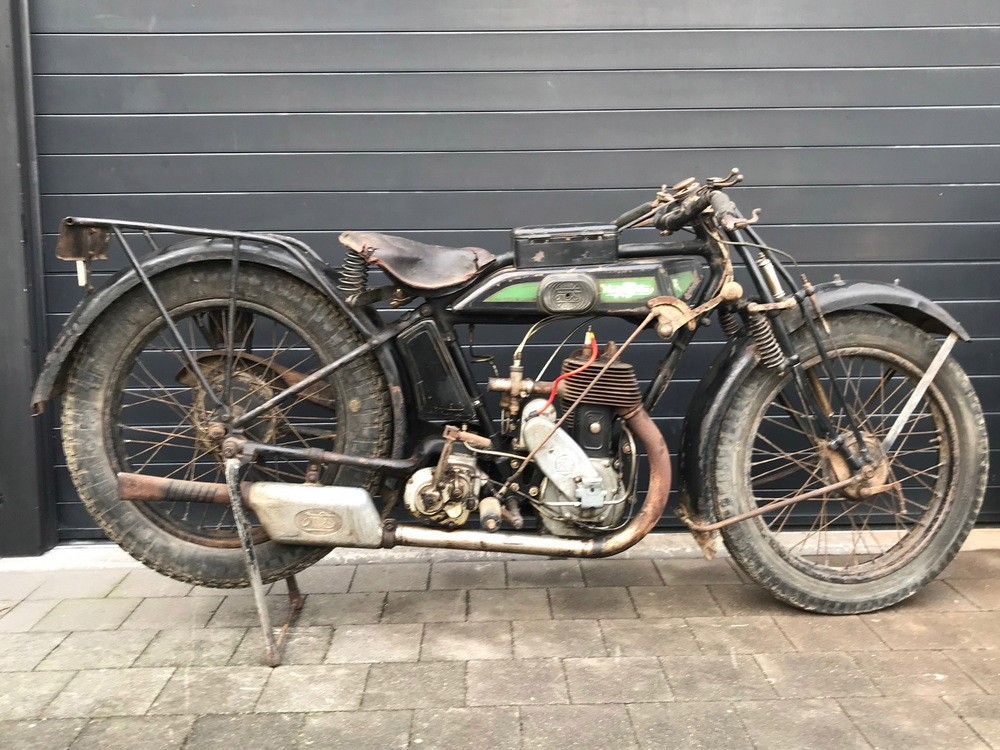 French Magnat-Debon model BMS. This is a 350cc side valve sport version from 1926. Magnat-Debon was one of the French motorcycle pioneers but after the 2 World Wars they had a hard time and in 1922 they were taken over by Terrot. Due to the strong network of dealers Terrot decided to keep the brand name but the same models were built at Magnat-Debon as at the parent company Terrot. This model is almost identical to the Terrot model HS of 1926. This motorcycle is completely original and in running condition. In the material box on the tank is the drive chain to the rear wheel. This was once broken and never repaired, this is probably the reason why this motorcycle still looks so good after 94 years. 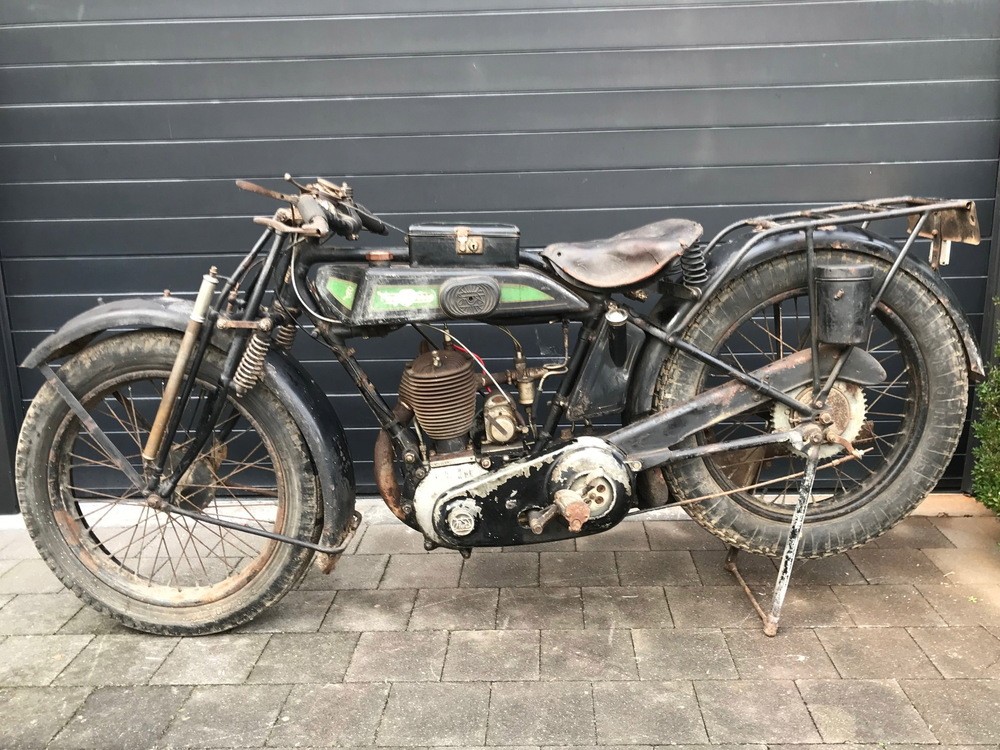