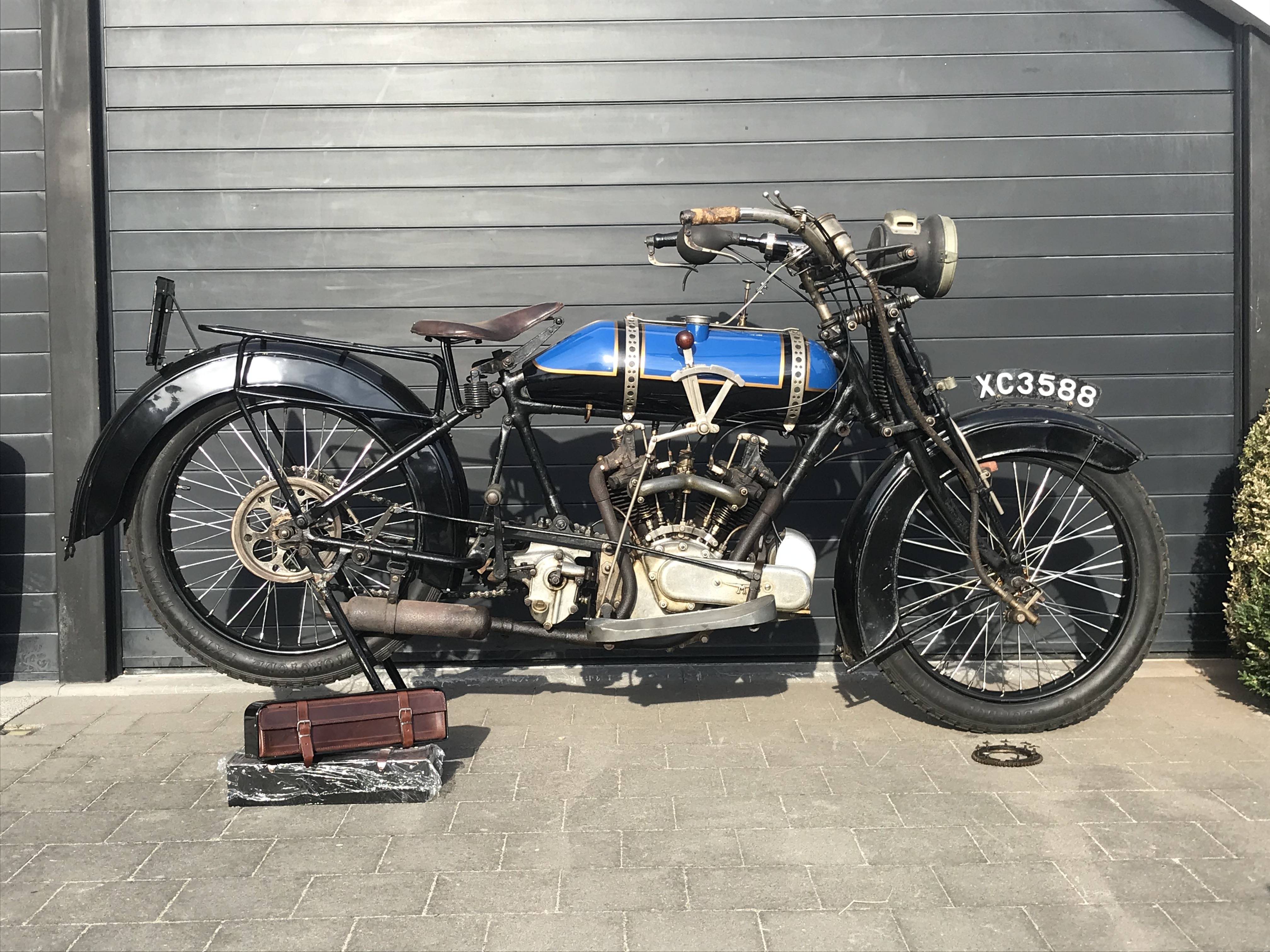 The British firm Martinsyde was founded in 1908 when Helmuth Paul Martin and George Harris Handasyde began building aircraft as partners. The name was MARTIN & HANDASYDE. By the end of World War I Martinsyde was the third largest aircraft manufacturer in Britain. Faced with a sharp drop in demand for aircraft after the war, the company turned to motorcycle production, buying the rights from Howard Newman to build his special V-twin engine. This was an unusual EOI (exhaust over intake) and not the usual IOE as favoured by Harley-Davidson and many others. Because they had no experience with certain parts (gearboxes, front forks,..) and wanted to go quickly into production, they bought the best parts that were available at that time such as the 3 speed gearbox of AJS and the best front fork of Brampton with the compensating springs. In 1919 the company was in full production of their first motorcycle, powered by Newman's 680cc V-Twin. These were sold as Martinsyde-Newman, which was shortened to just Martinsyde after Newman's departure. Newman went to Ivy (famous English motorcycle brand) for the development of their luxury and sport V-twin model. A smaller 1 cylinder was added to the range and Martinsyde began to have success in many races such as at Brooklands and in the Scottish Six Days Trial. Unfortunately, in 1922 a big fire destroyed the factory and Martinsyde went bankrupt, the name and the remains of the fire being taken over by BAT (another big English motorcycle manufacturer). The first BAT V-twin had the Martinsyde EOI engine, remnants that were saved from the fire. The last complete Martinsyde was sold in 1923 and today only a few of them are known. Martinsyde has made a total of 2000 motorcycles between 1919-1923.
This Martinsyde has the original registration and all owners are known. Engine has run 10 years ago. Rare chain guard is there except the end piece but this is easy to make. Saddle is new covered with leather and the tool boxes are also already made and only have to be mounted. Also the drive pinion of the odometer still has to be assembled.
In total from all models made by Martinsyde there are only 21 pieces known in the world. 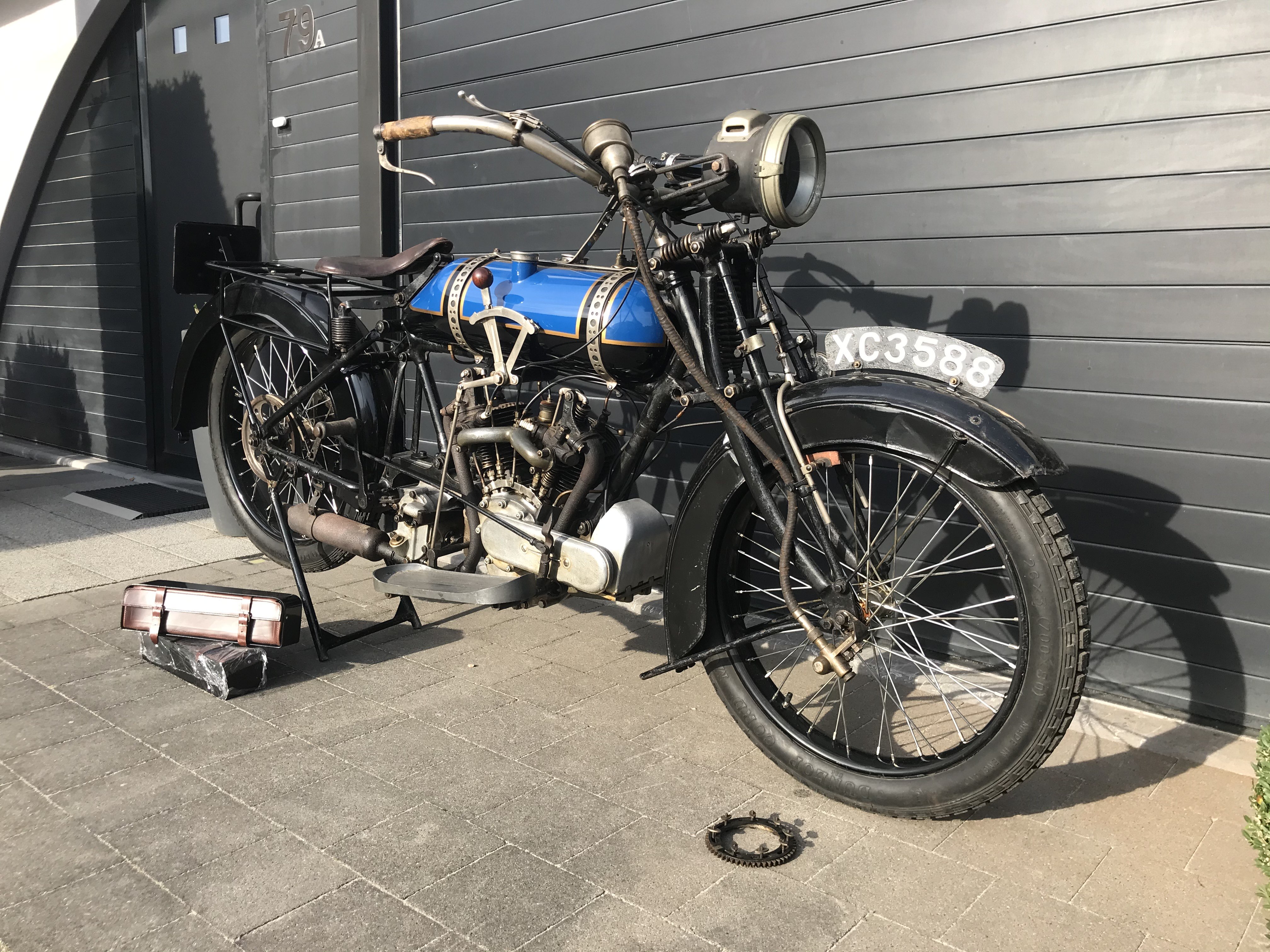 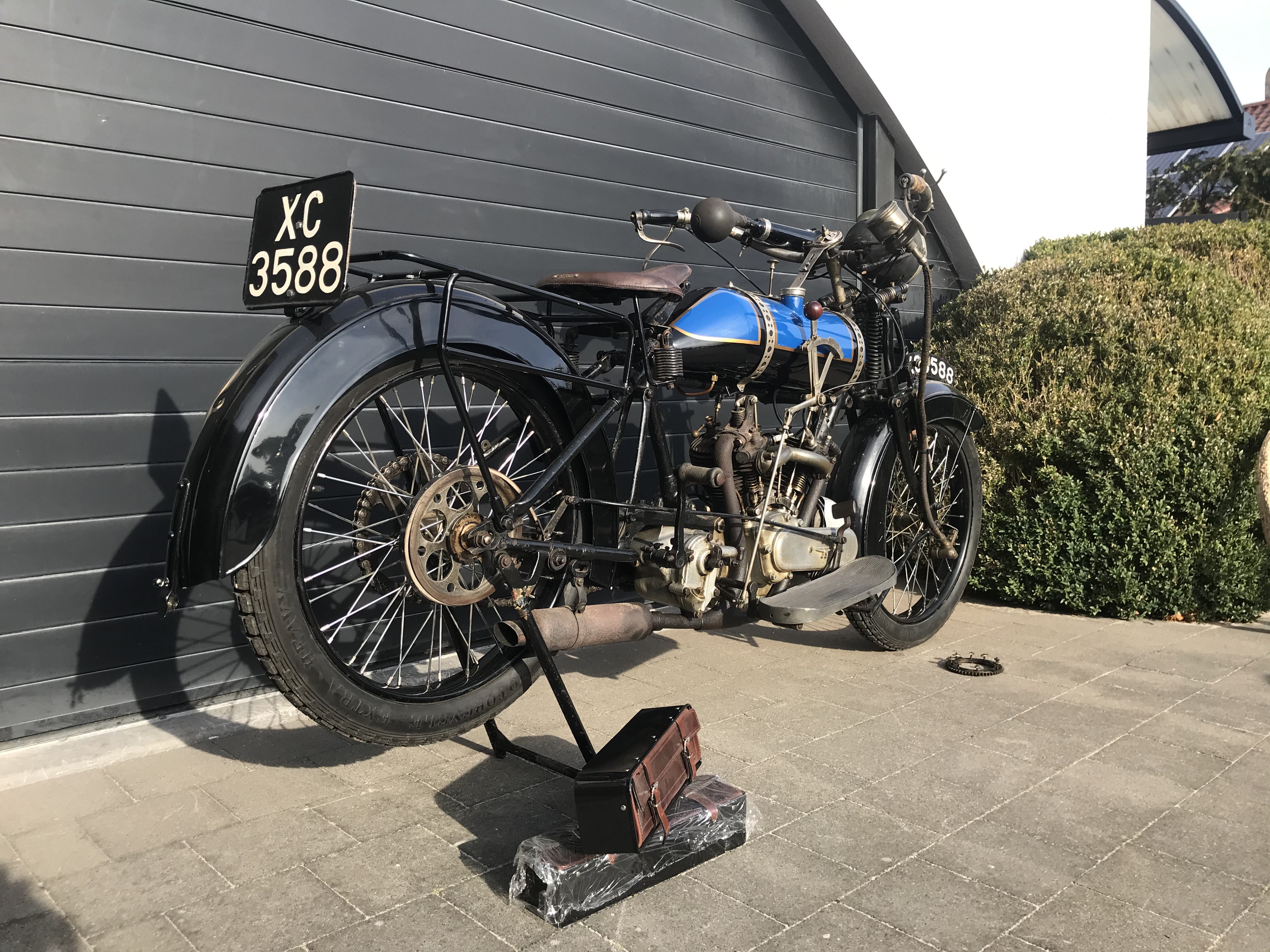 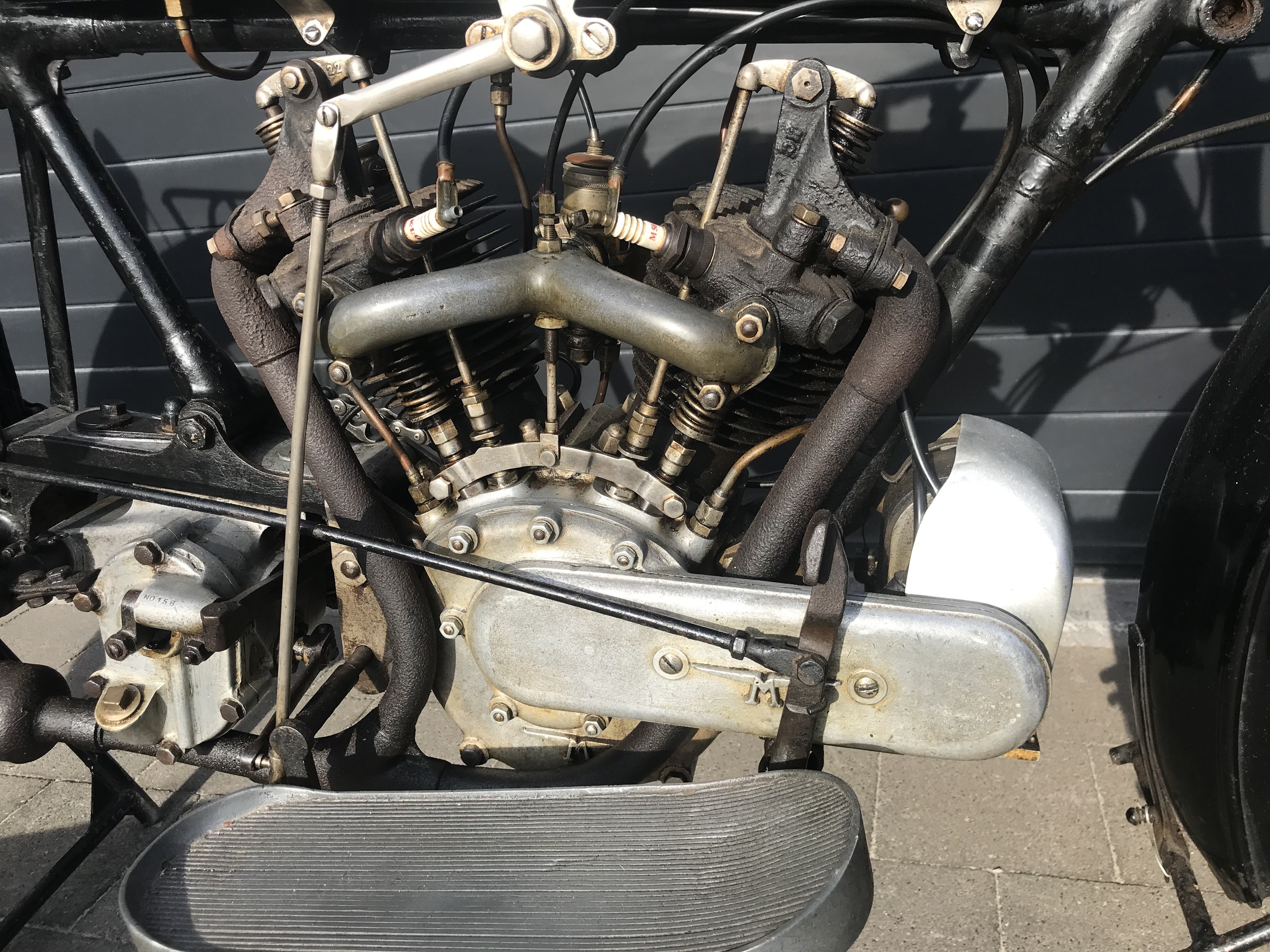 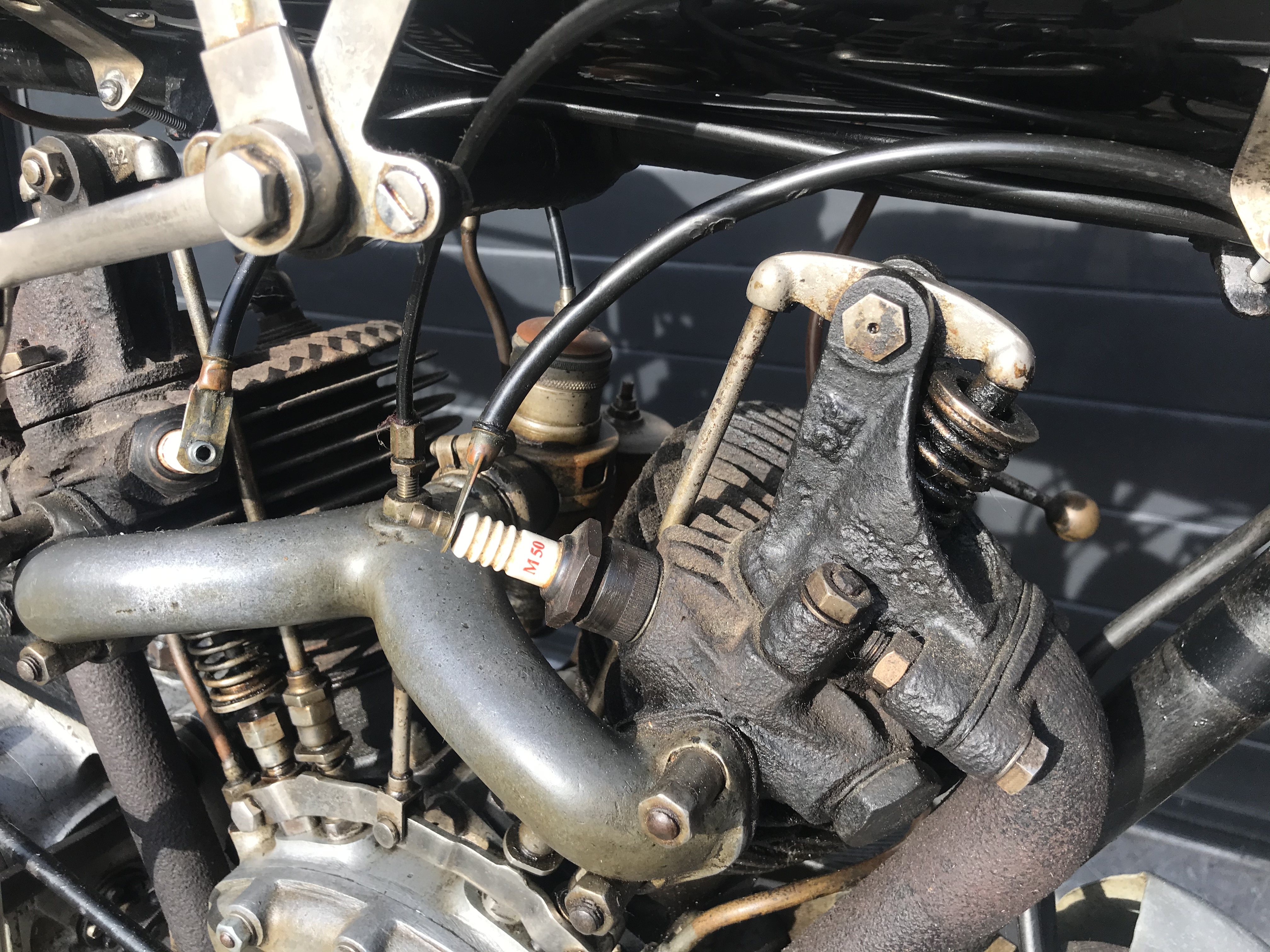 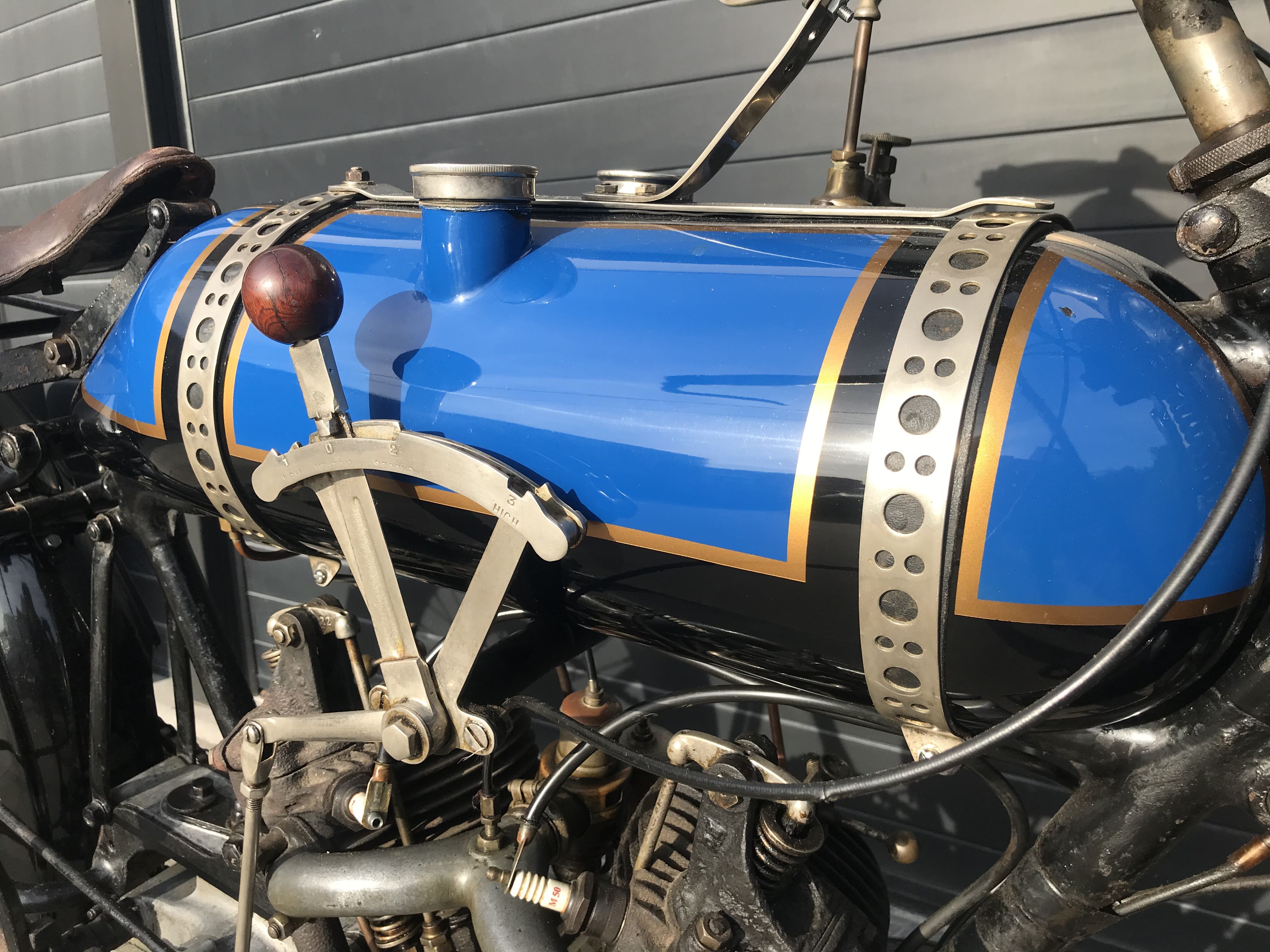 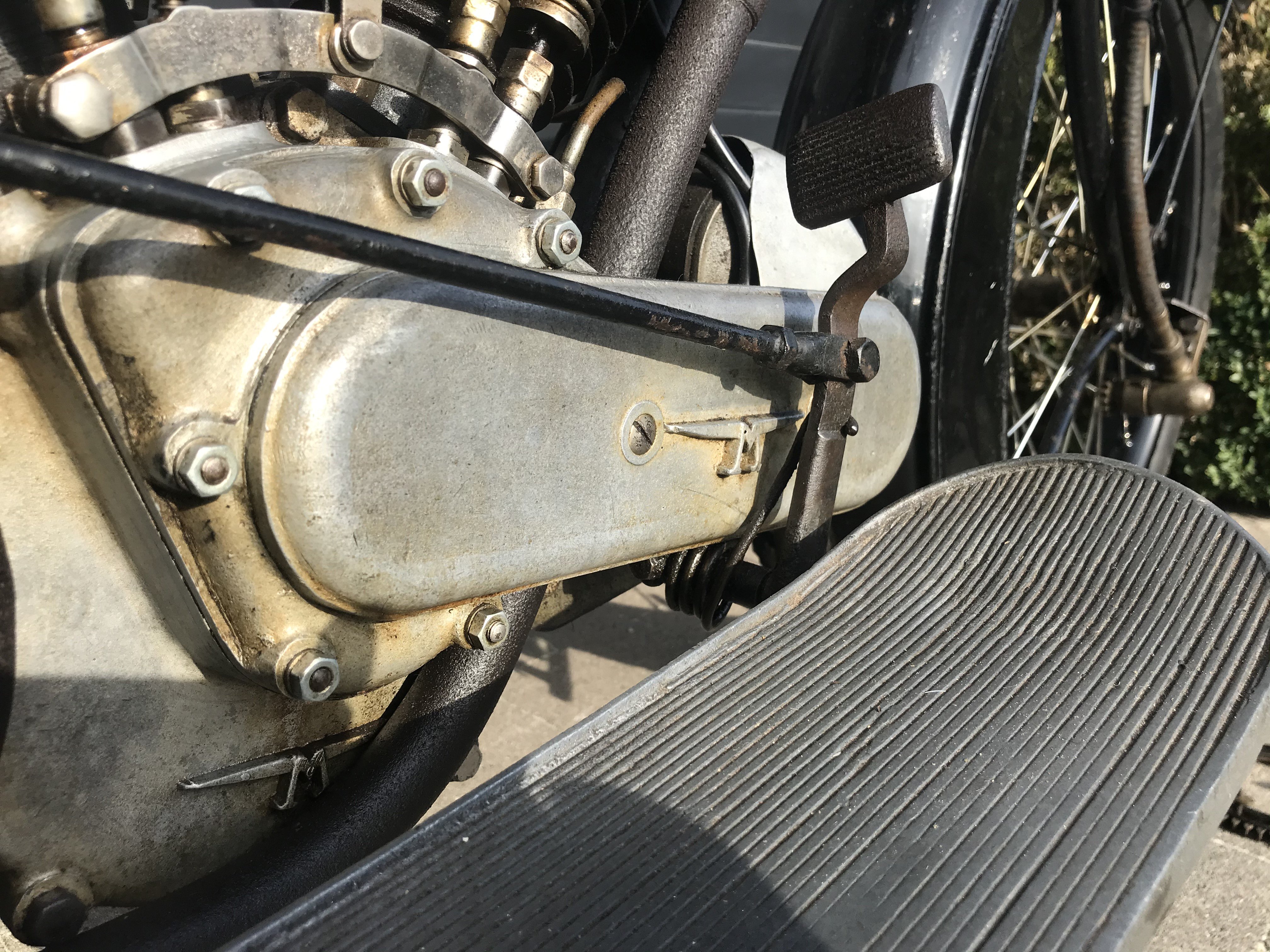 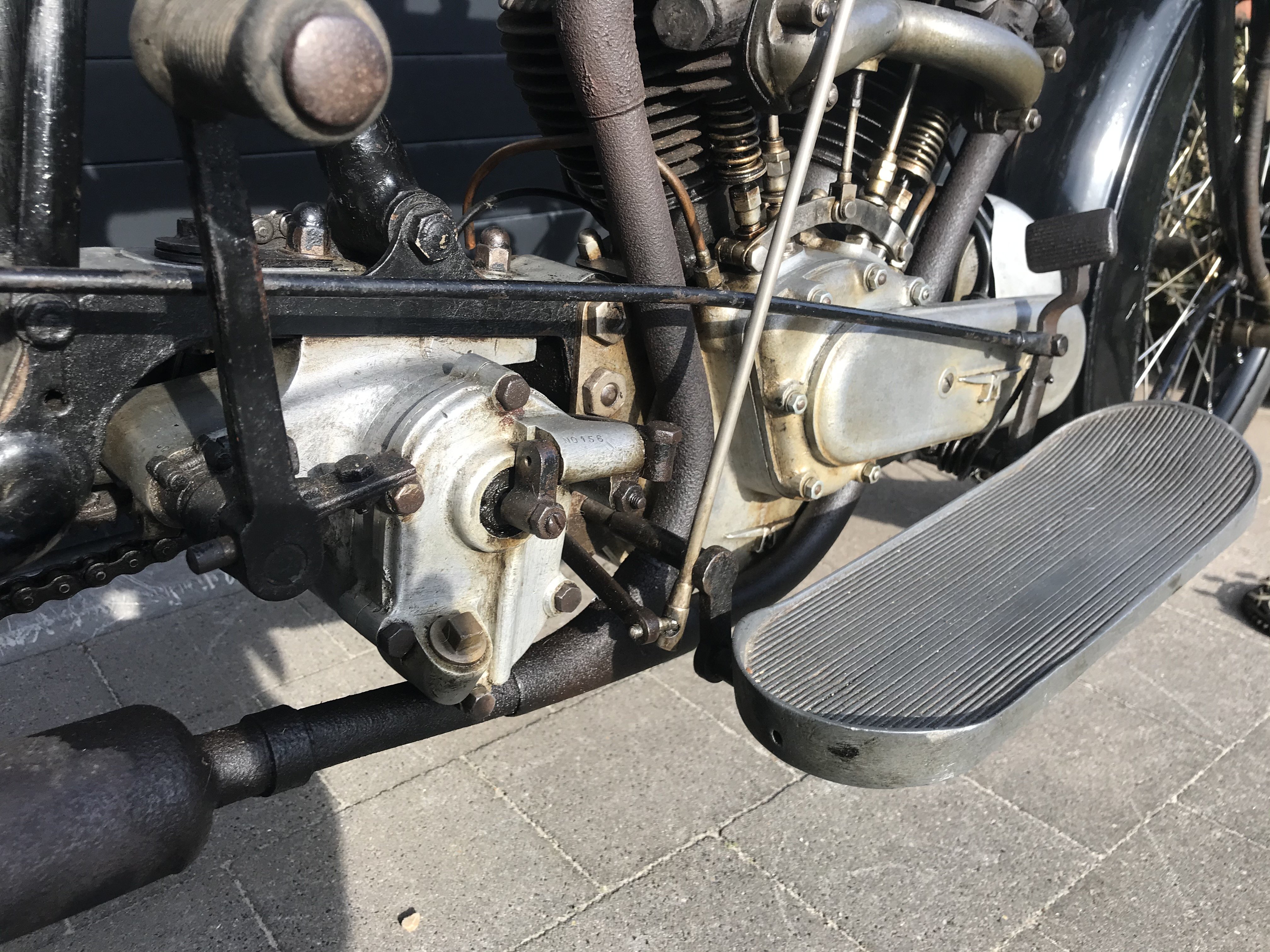 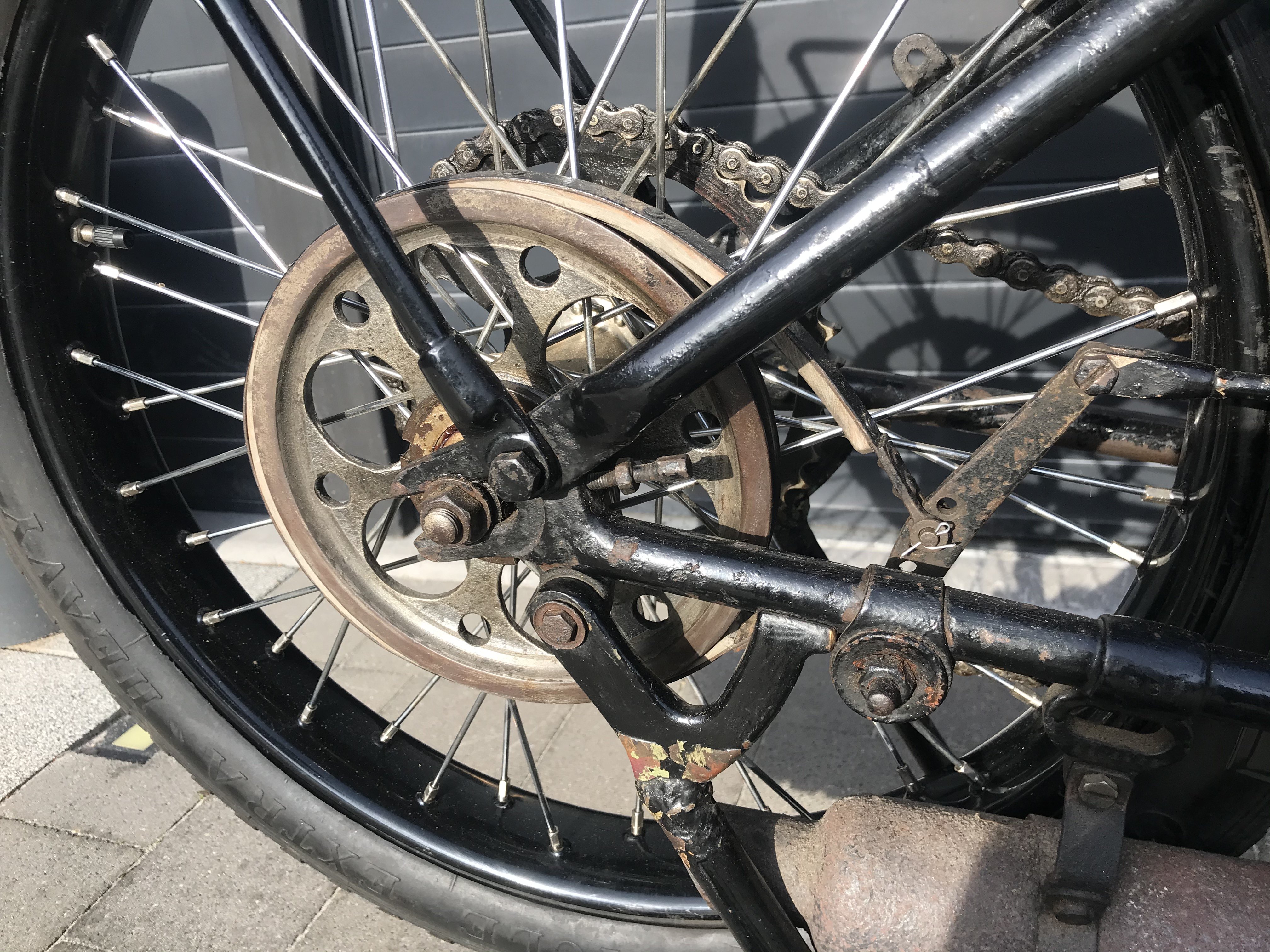 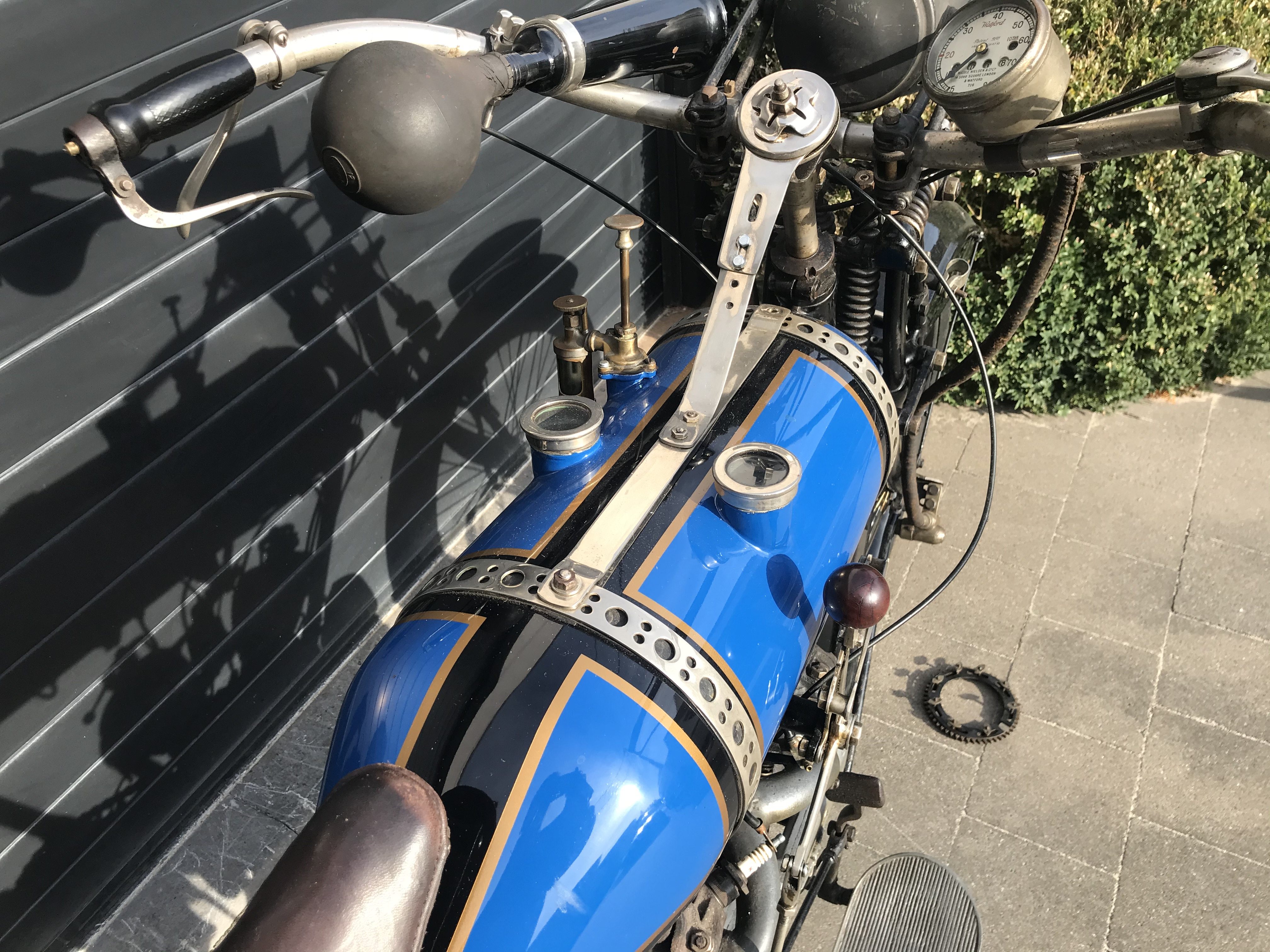 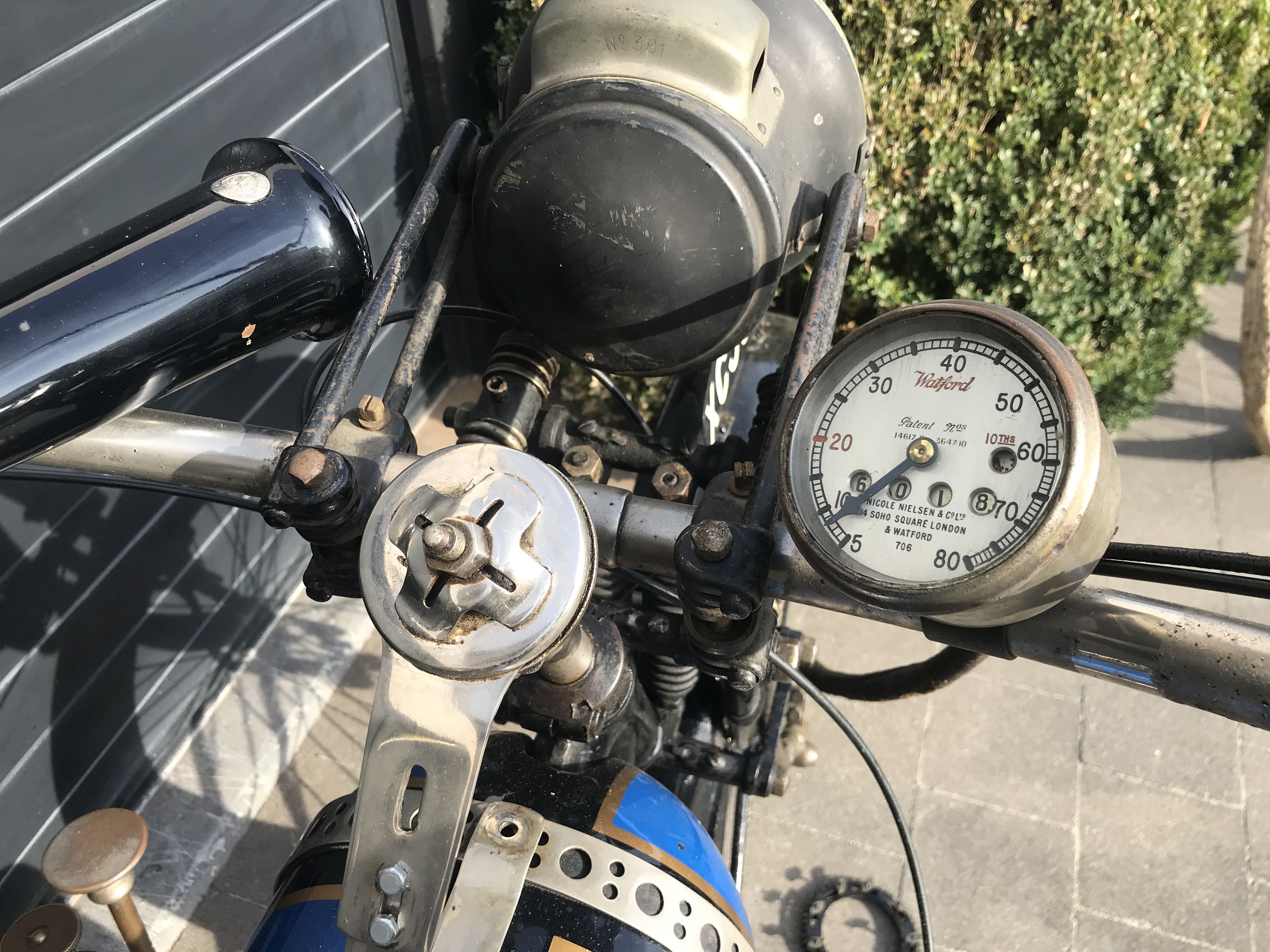 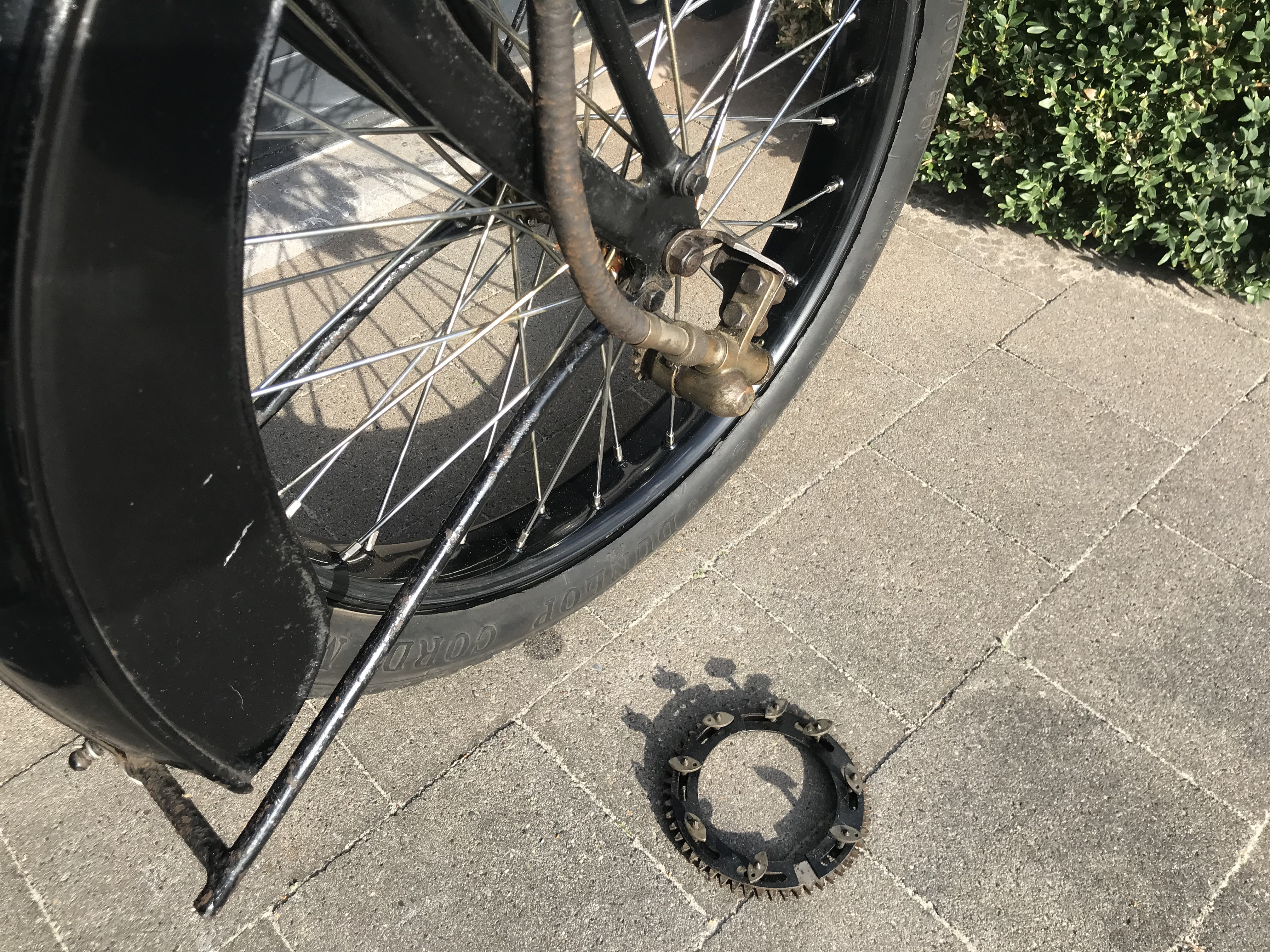 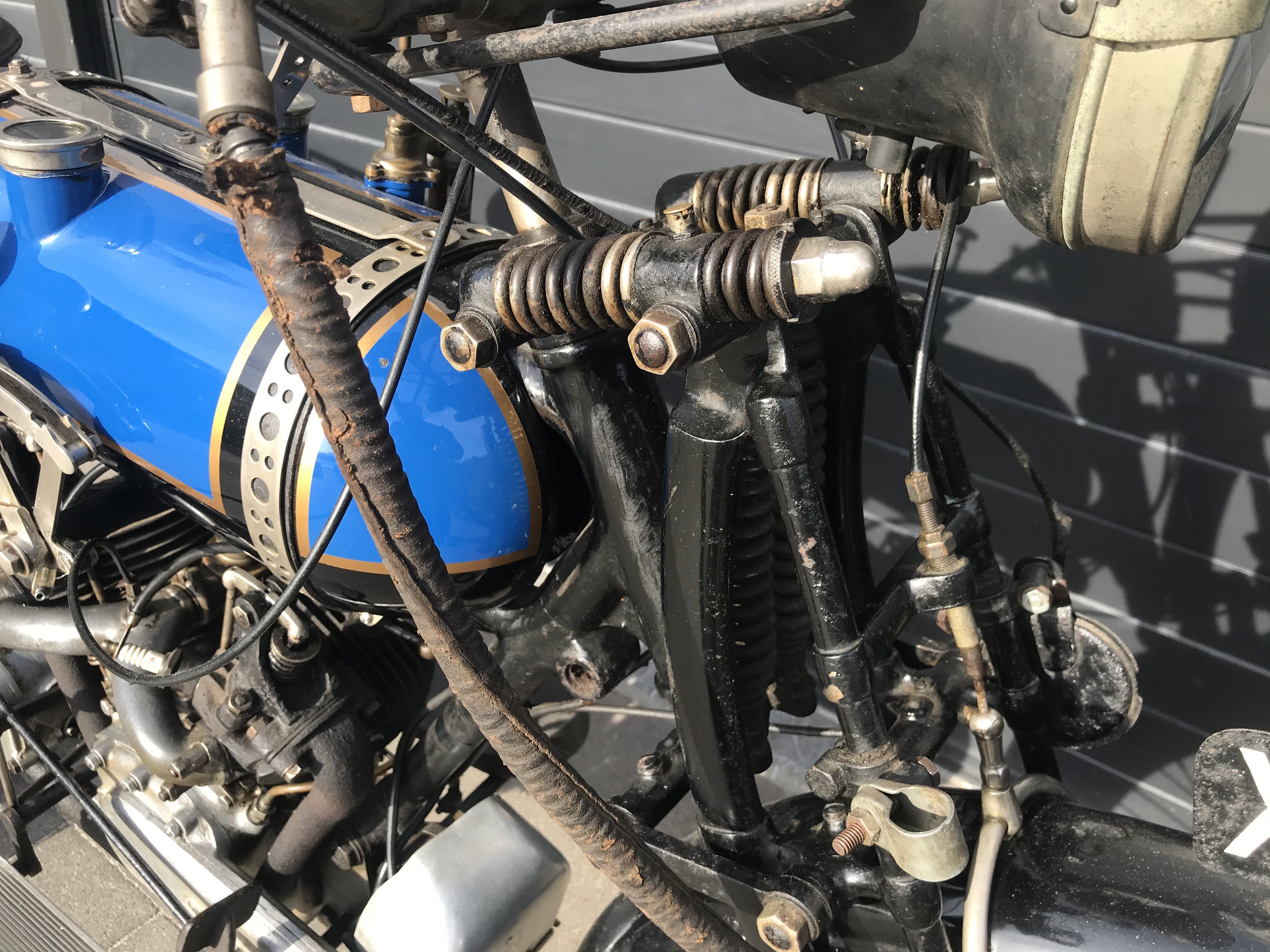 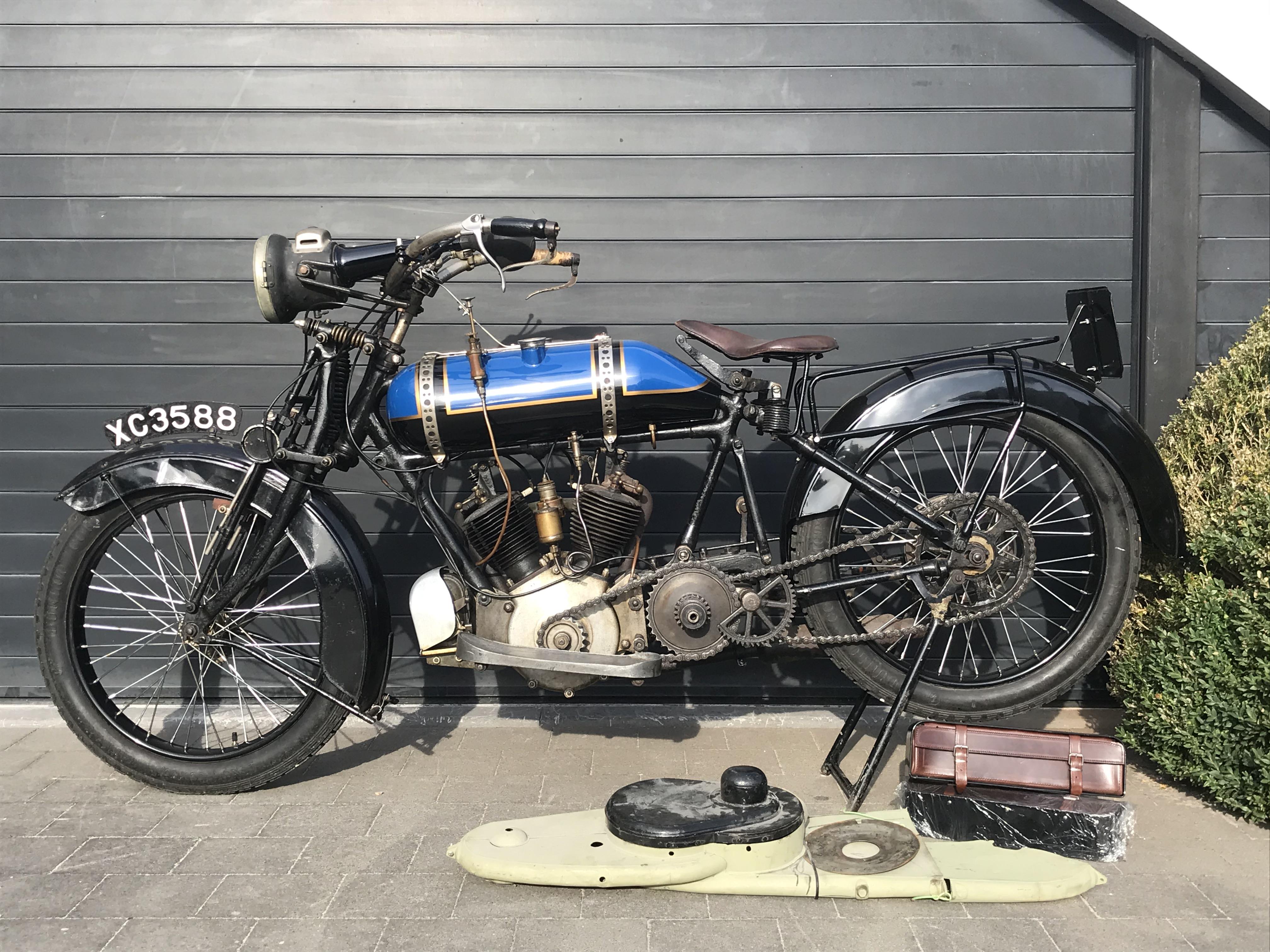 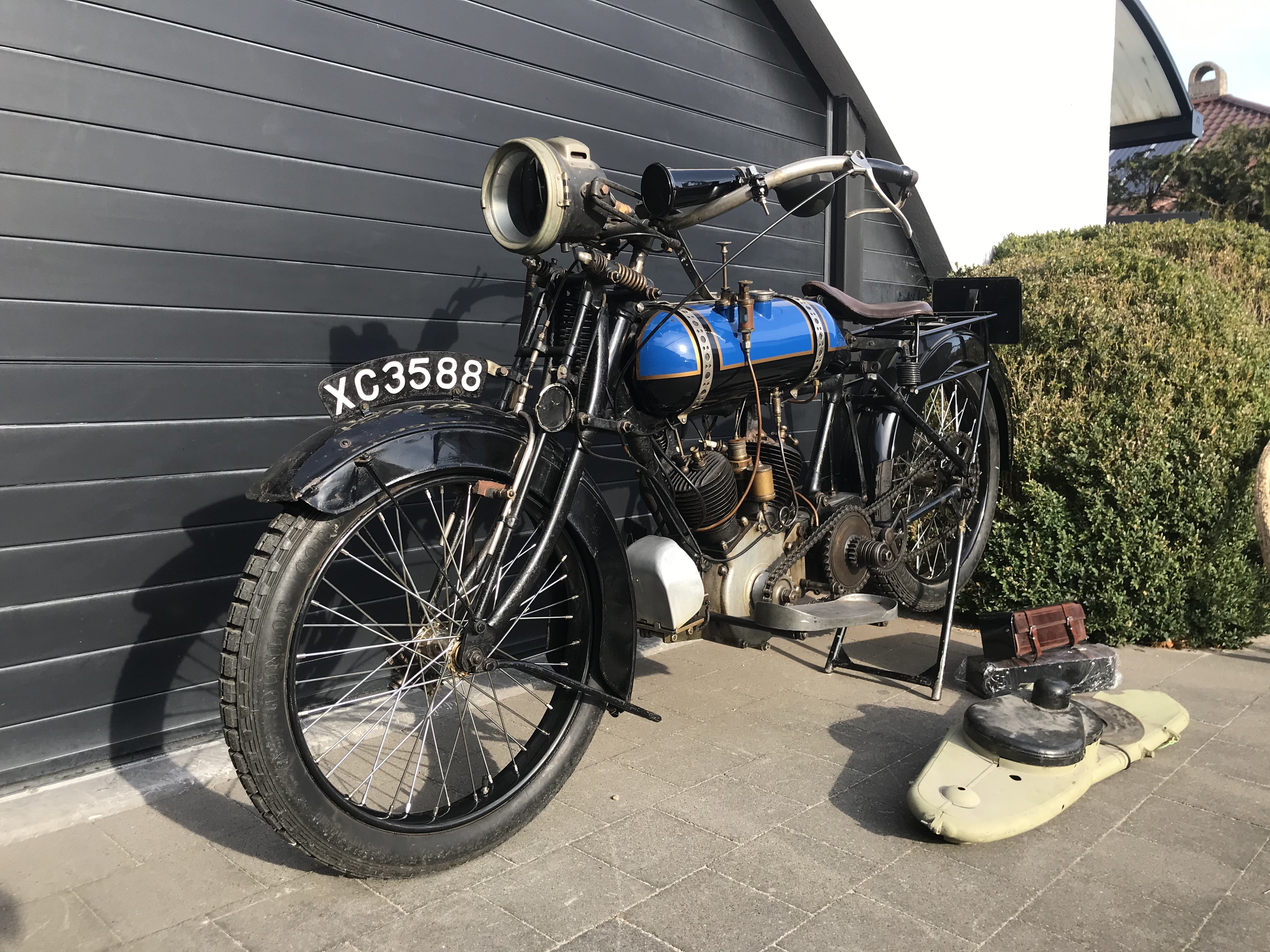 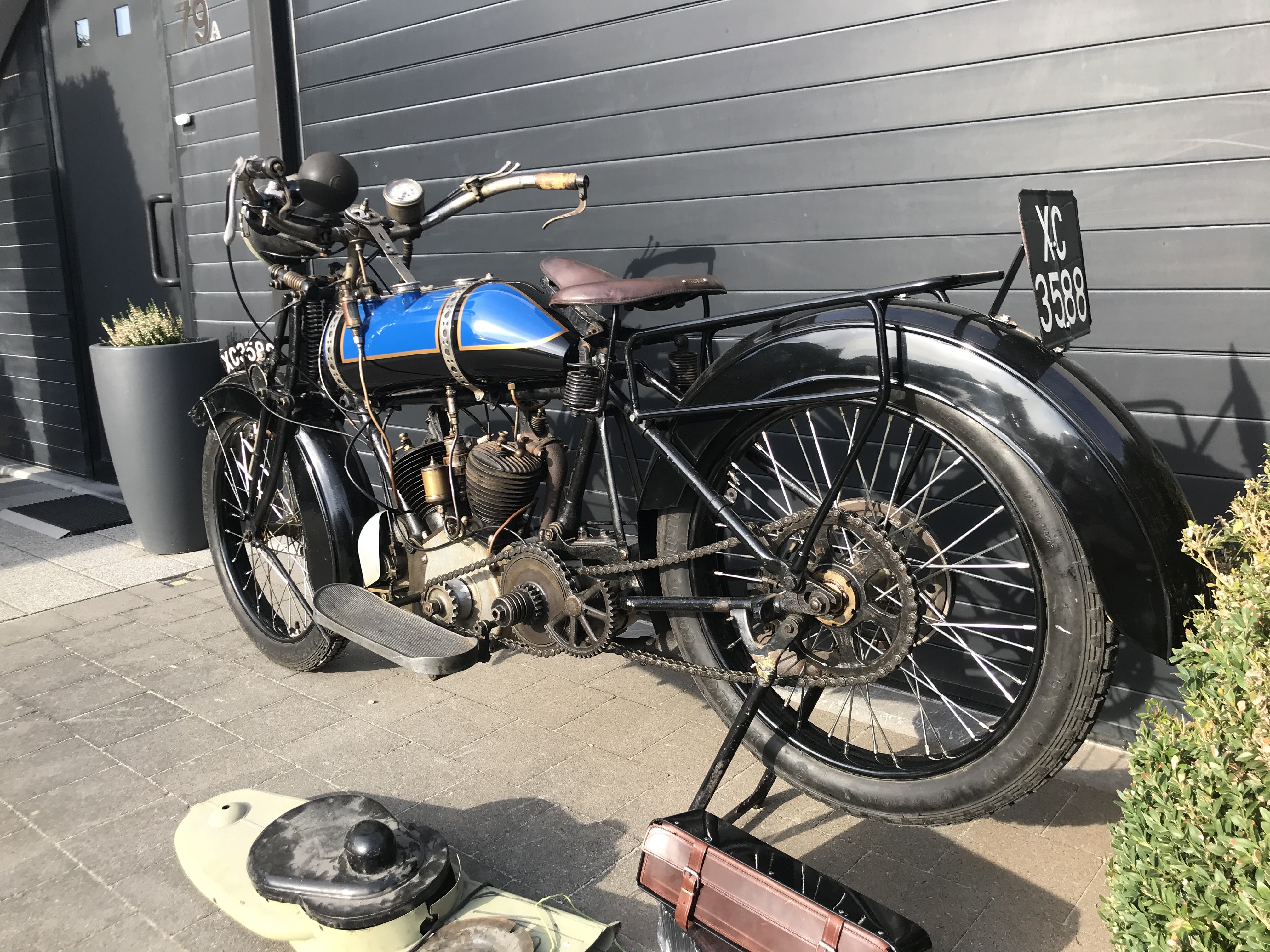 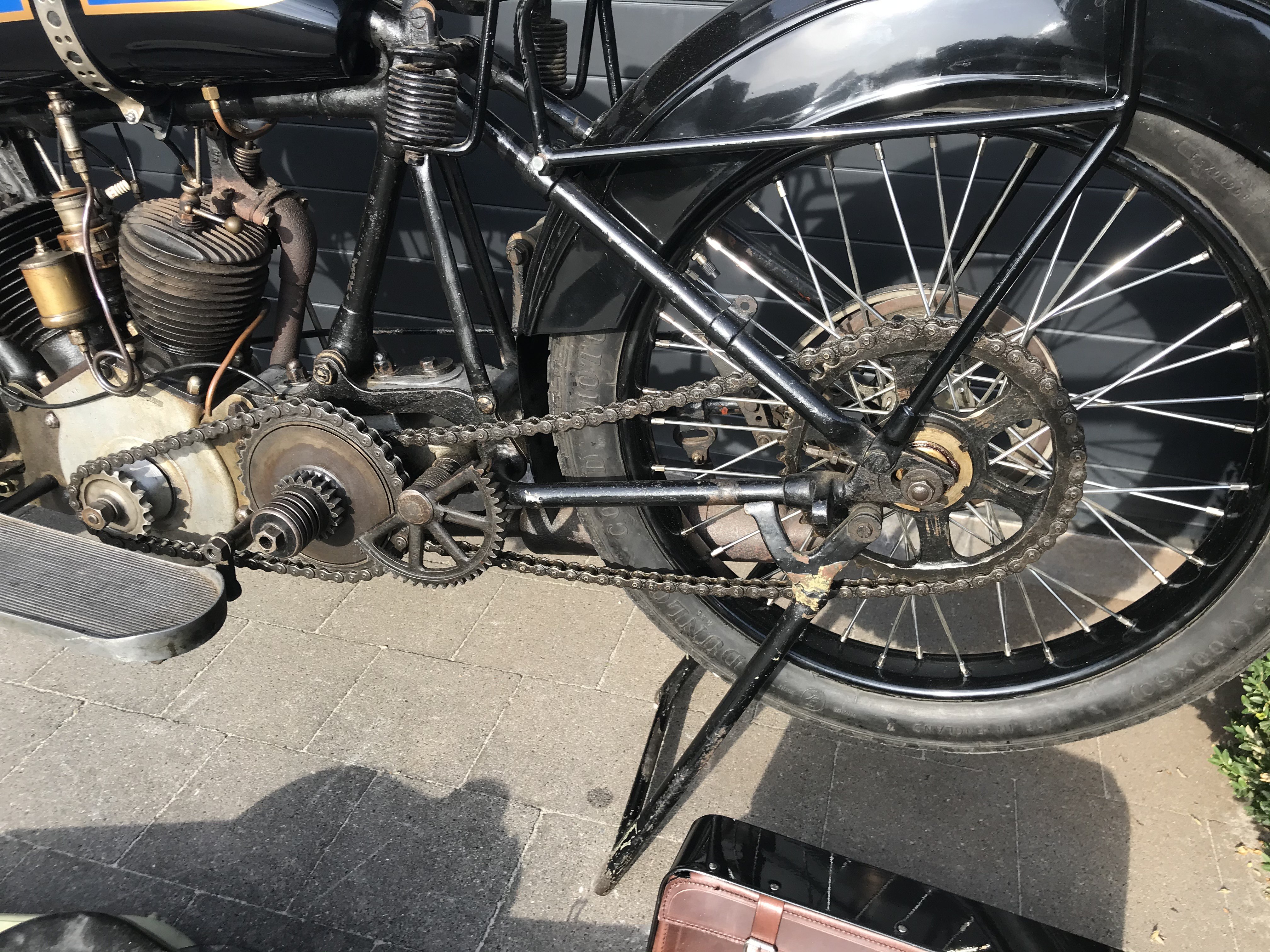 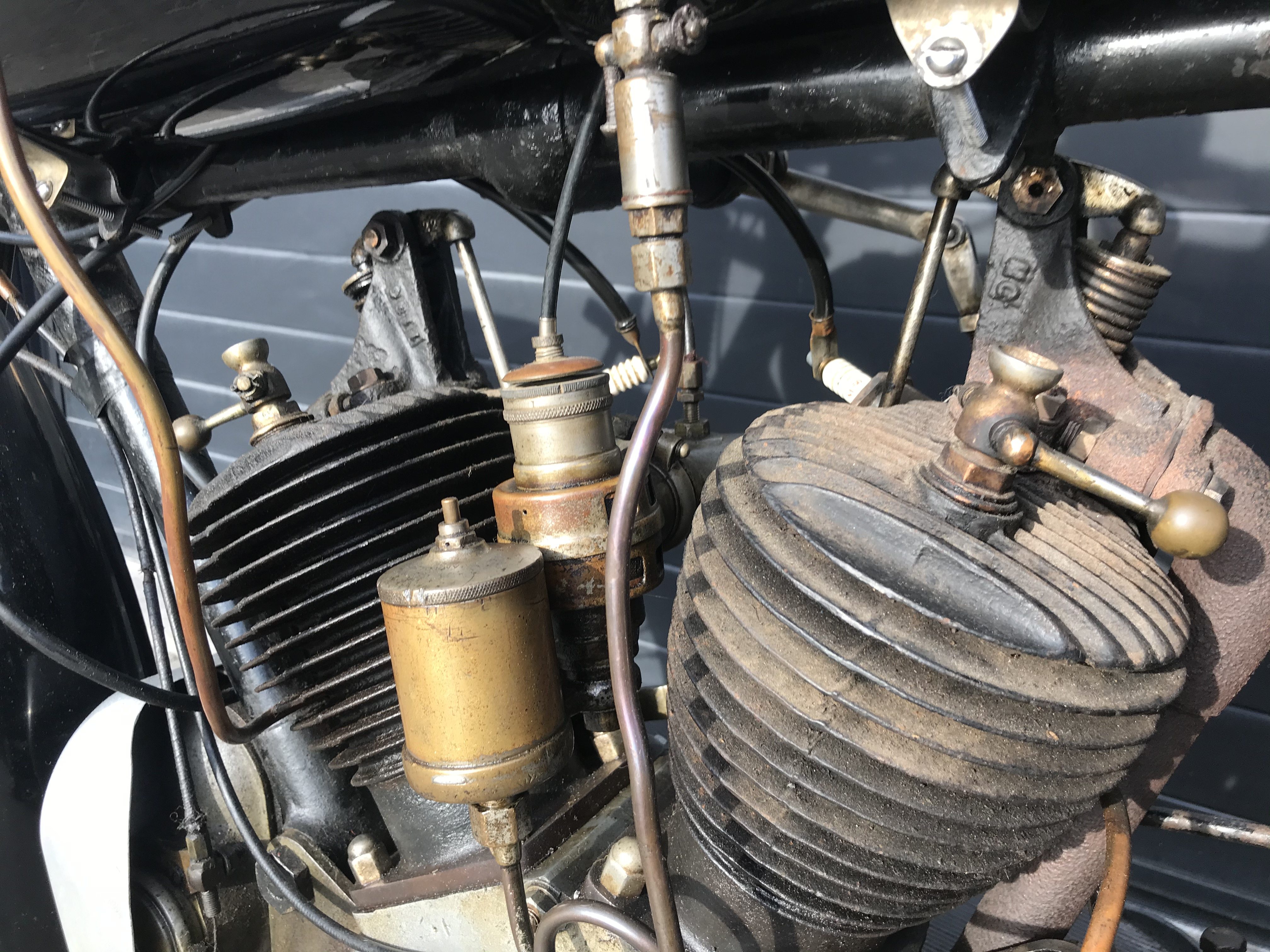 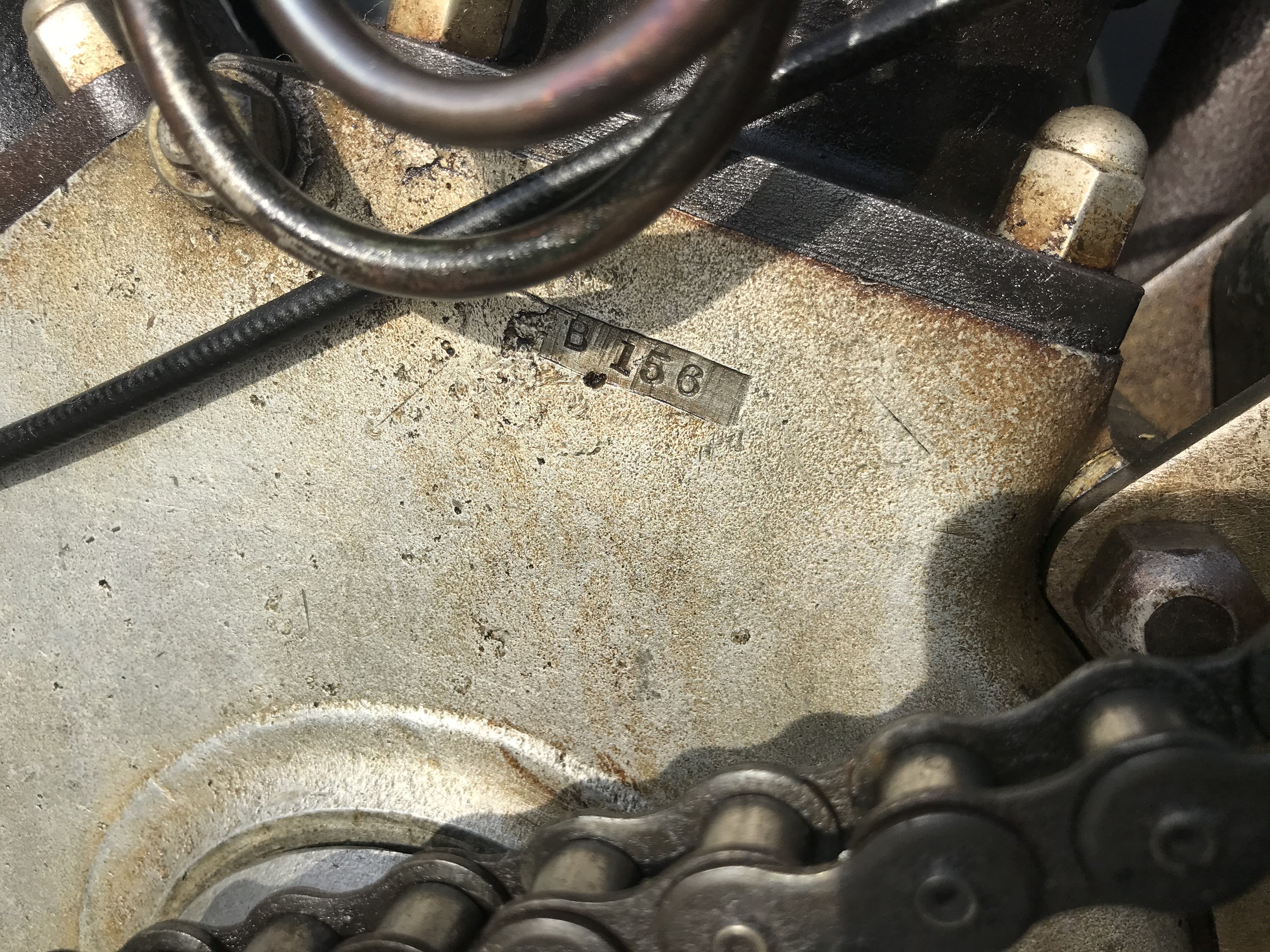 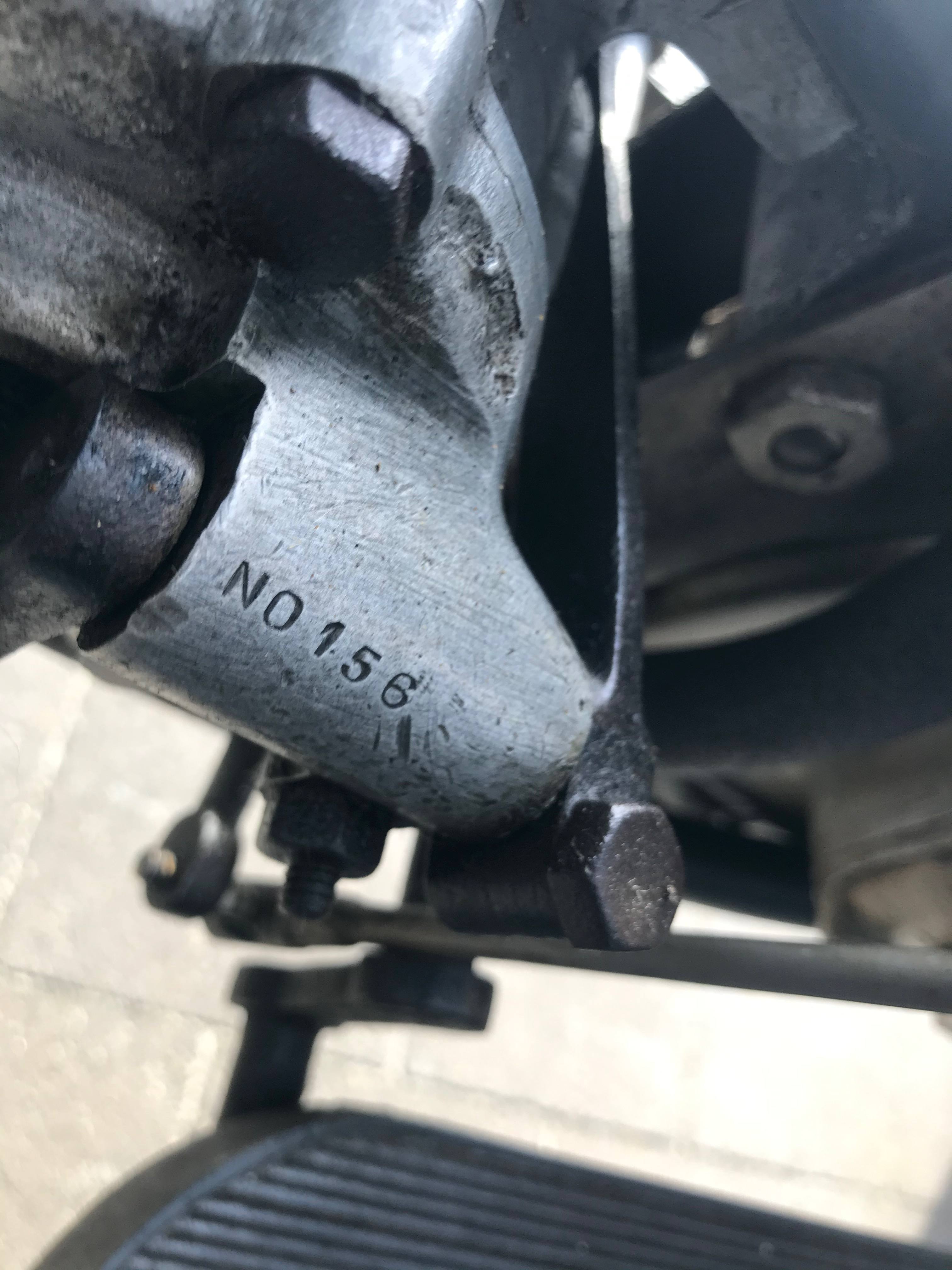