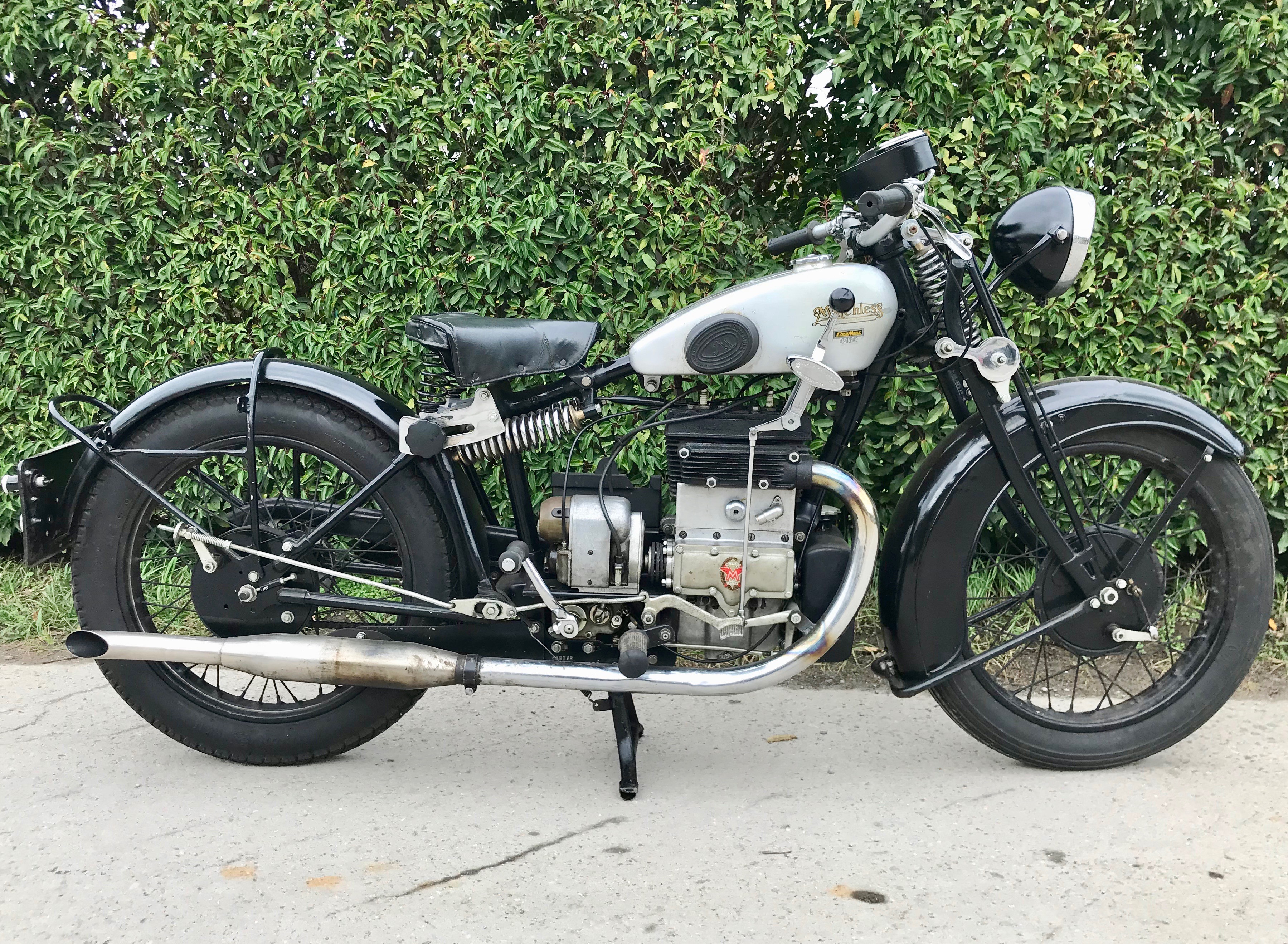 English Matchless Silver arrow. This is a 400cc side valve V-twin with rear suspension from 1930.

In October 1929 a new top model of Matchless came on the market. This was a 2 cylinder in V but with a small angle of 18° so the cylinder head could be cast in 1 piece. Because of this the engine looked like a 2 cylinder in line but this is definitely a V-twin. Also special about this engine was that it was a unit engine which was unusual for Matchless in 1929. This means that engine and gearbox are 1 unit. The gearbox was built in under the engine and was accessible for inspection through a removable side cover on the right side. The crankshaft was transversely in the engine but the camshaft was longitudinal and driven by a pinion crown wheel. The exhaust valves had a common manifold so only one exhaust tube was needed. Also new for 1929 was the saddle tank, center stand and cantilever rear suspension as with Vincent-HRD. This model came on the market at the worst moment, a few weeks after the great stock market crash in America. In 1931 the model was modified with a rounder fuel tank, 4 speed gearbox and larger oil tank. Production stopped in 1933 due to too low sales due to the crisis years.

This is the first model Silver Arrow type A1 De Luxe with pivot throttle, electric lights and instrument panel. Motorbike starts and rides well. Now complete with original dashbord, not yet mounted. 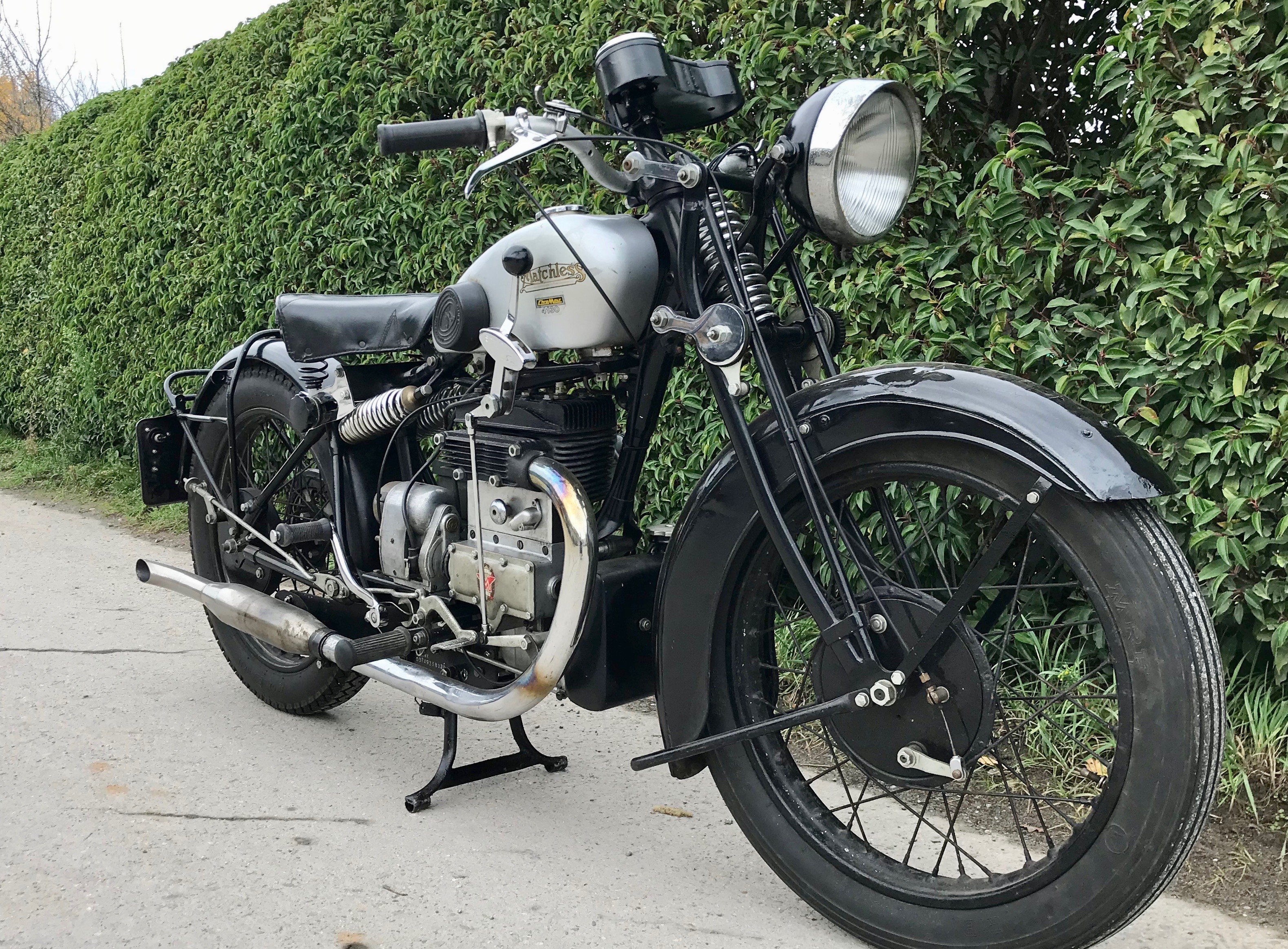 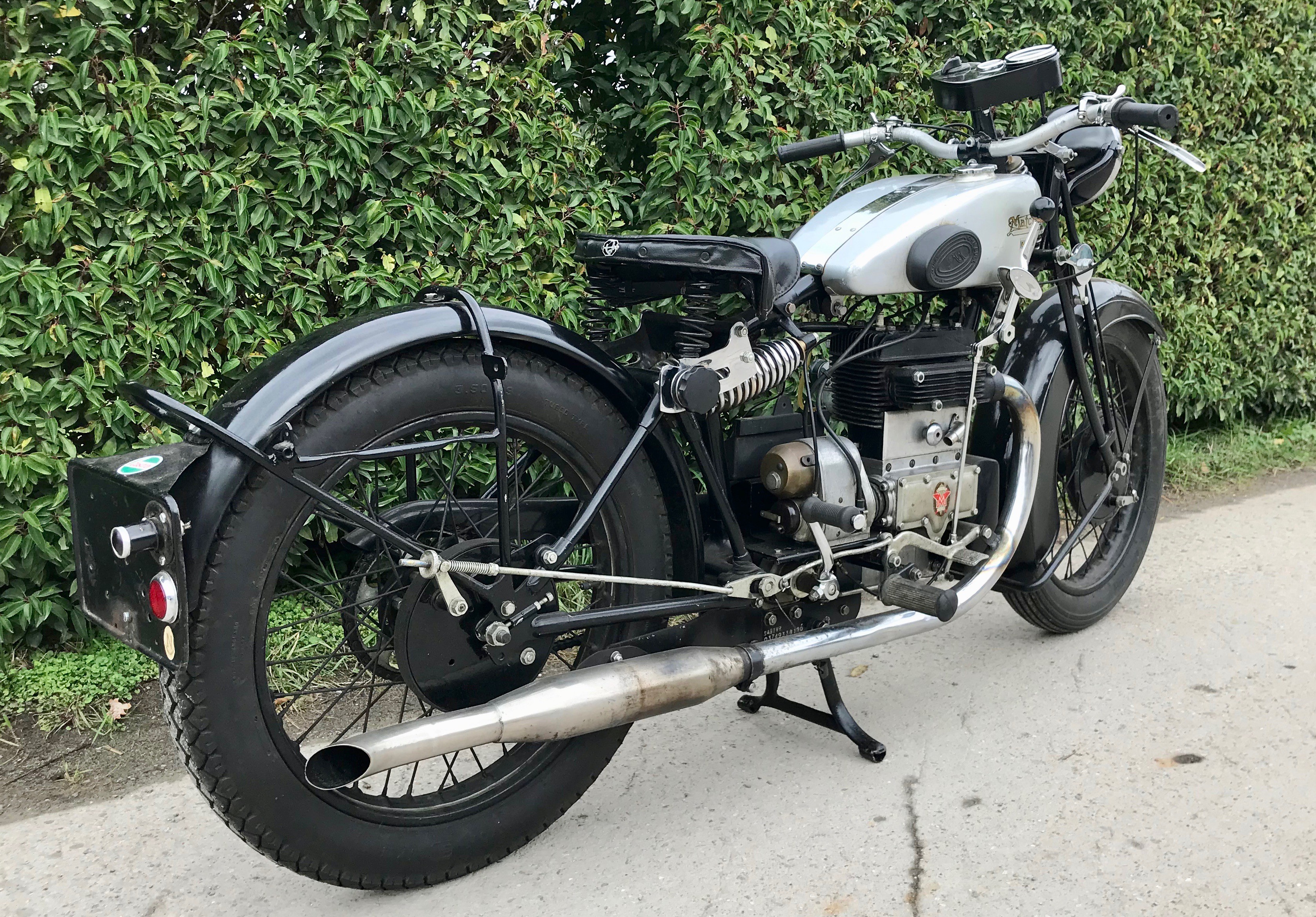 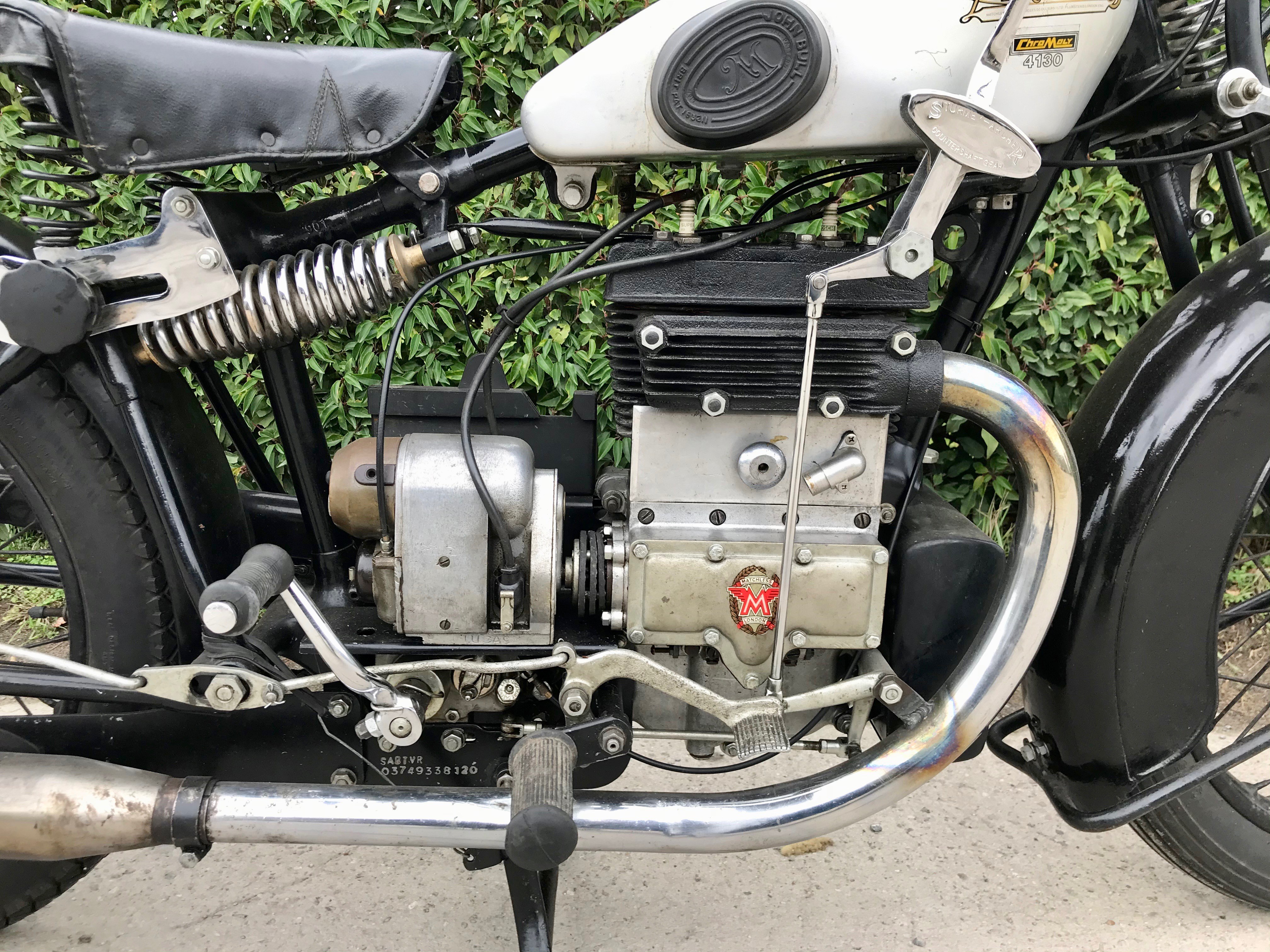 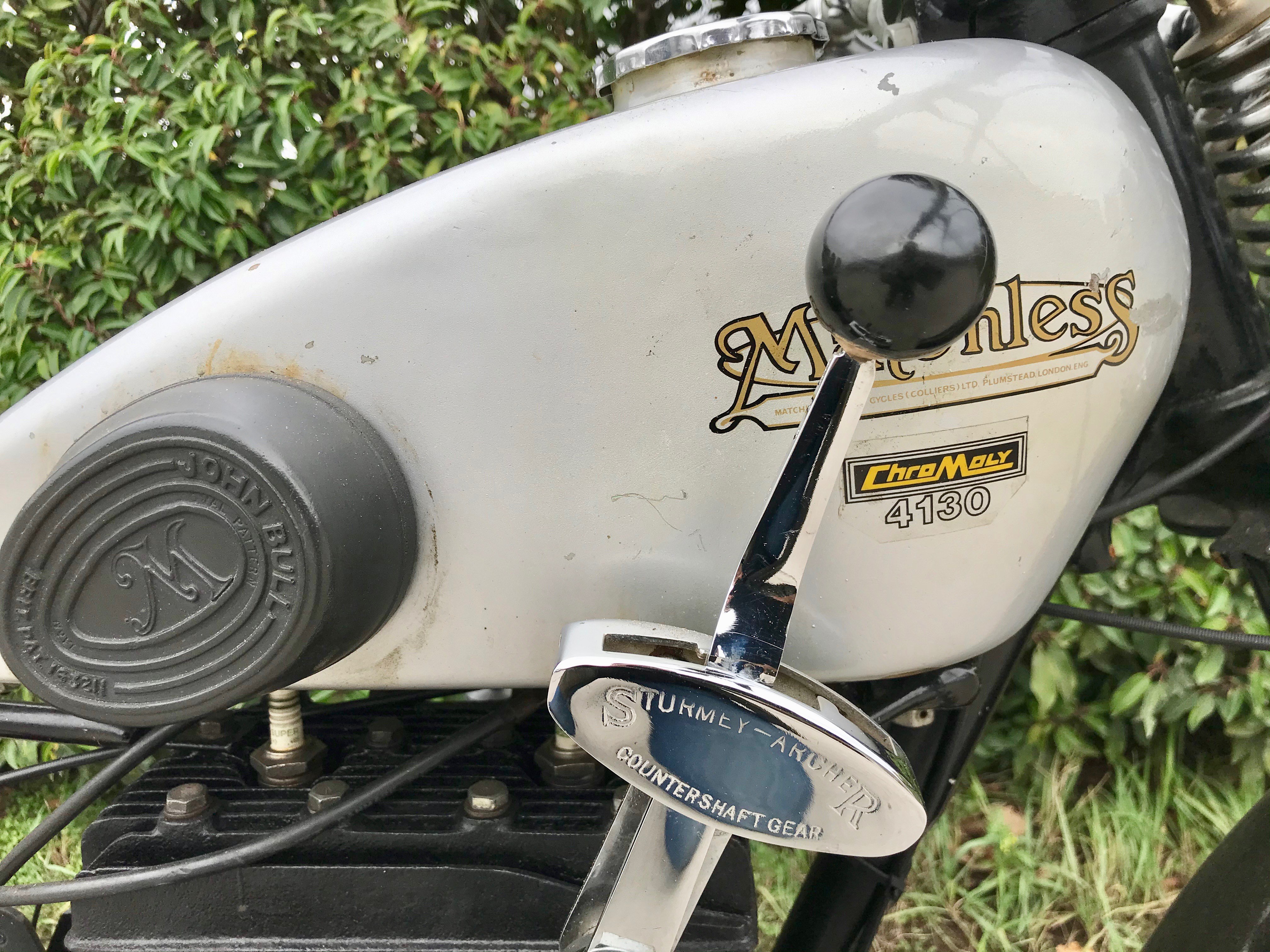 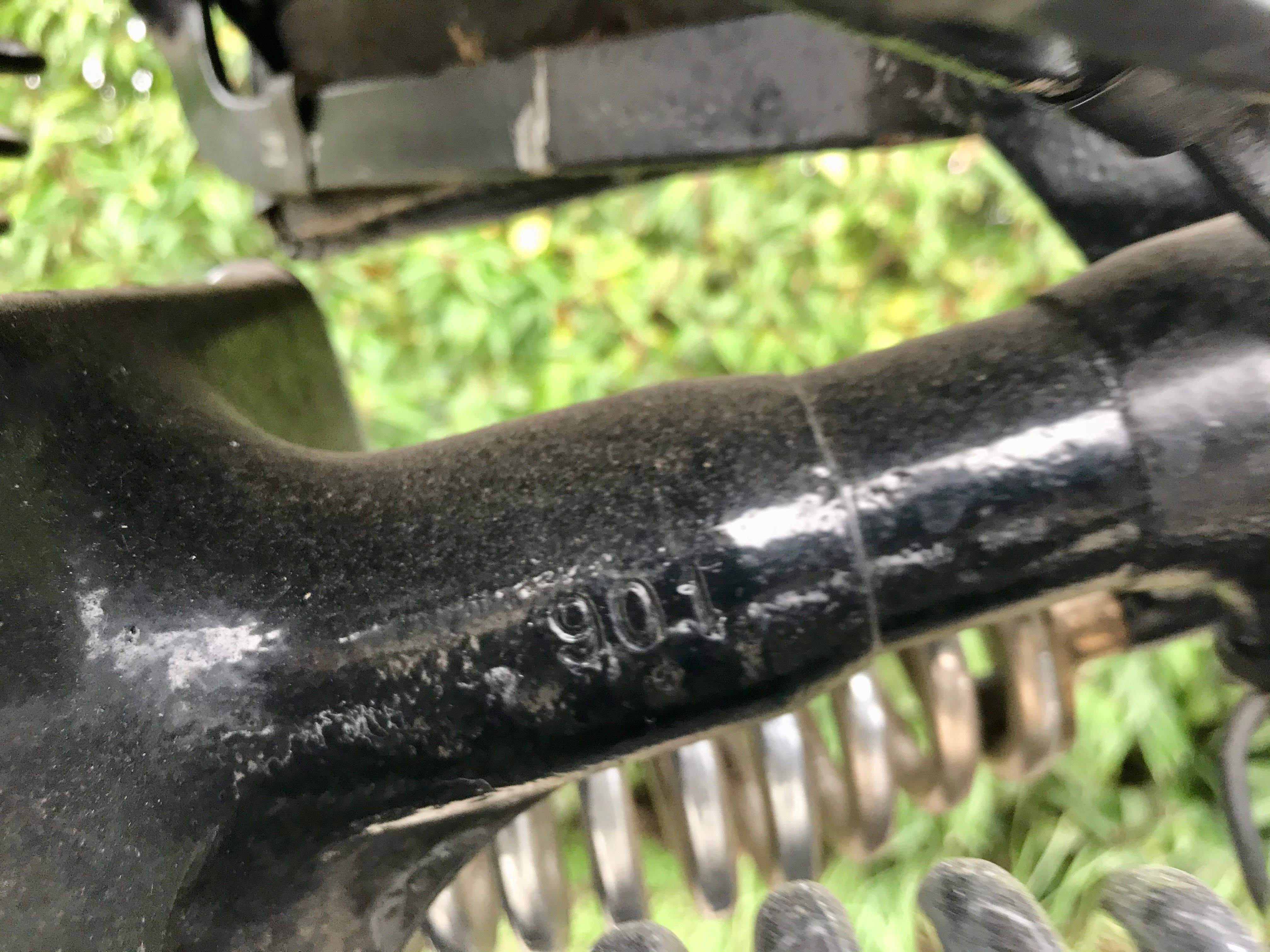 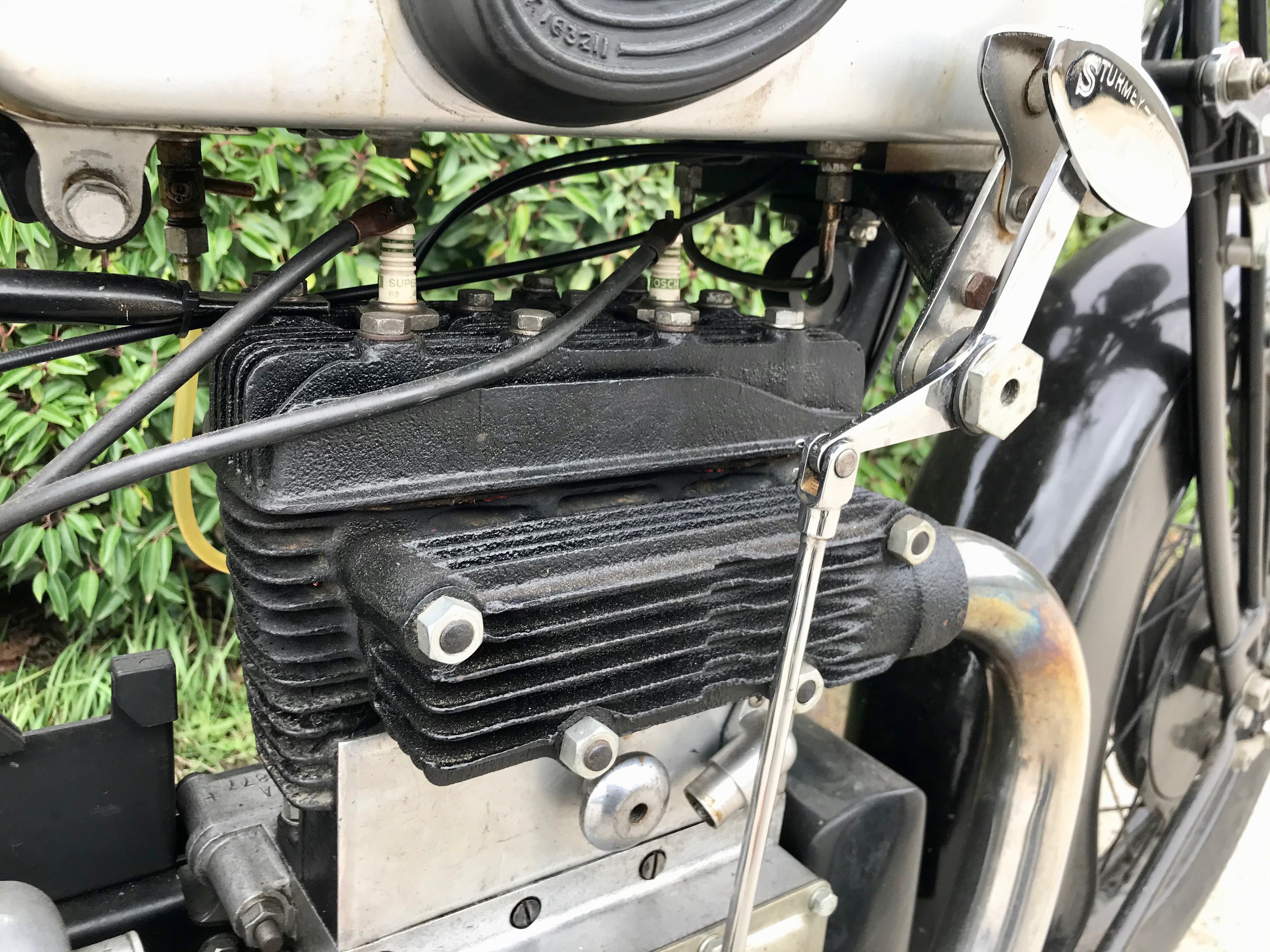 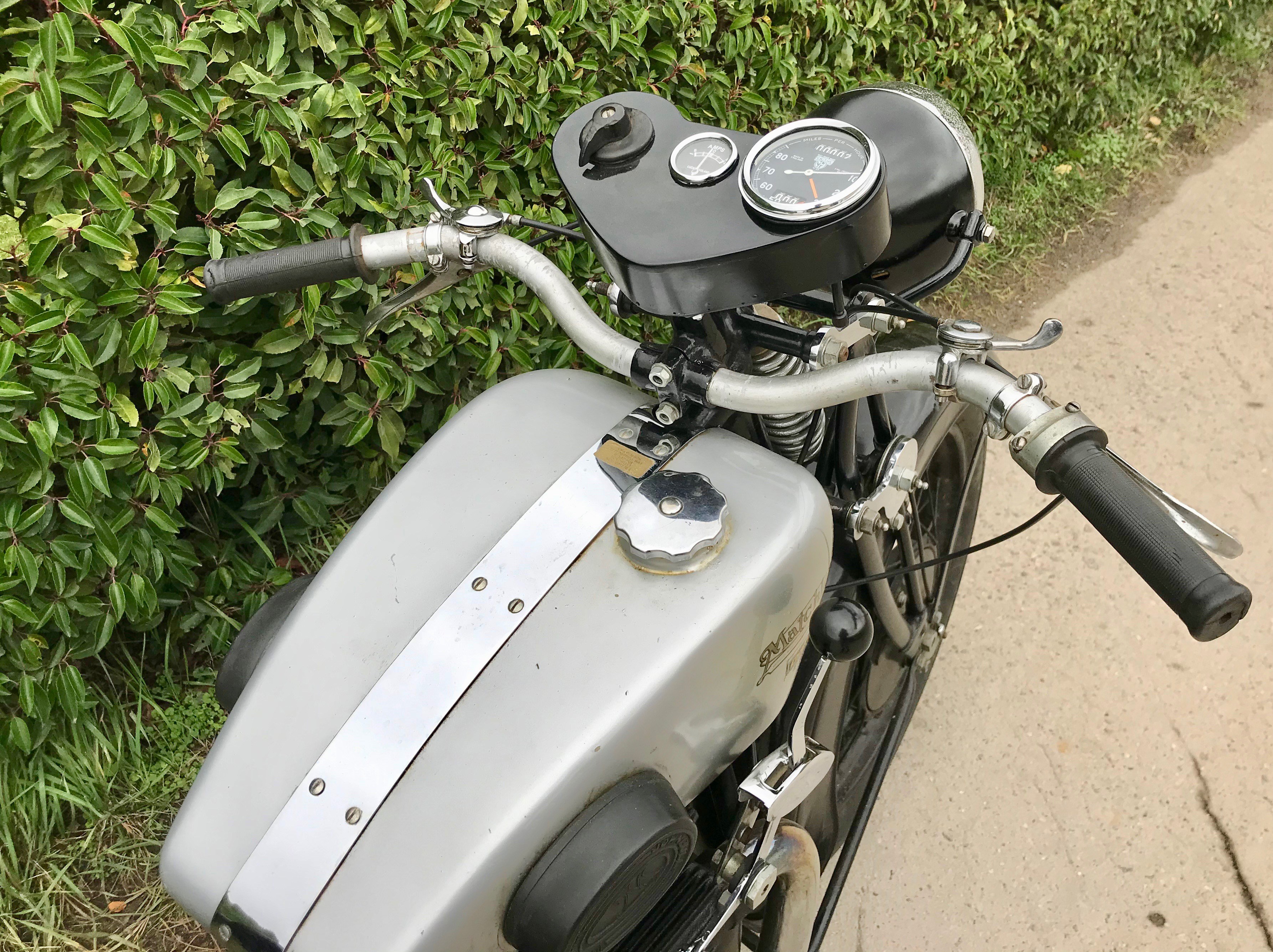 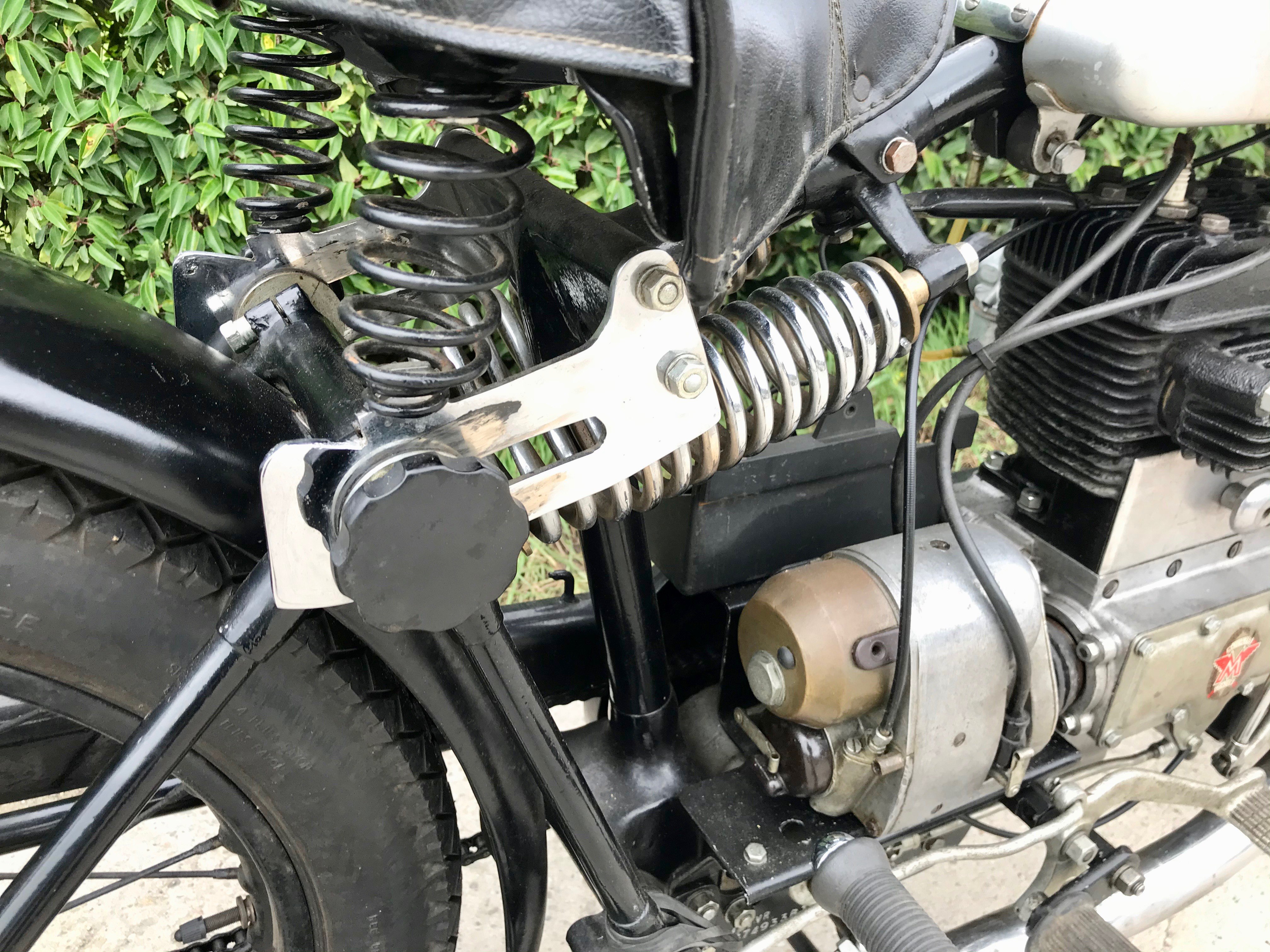 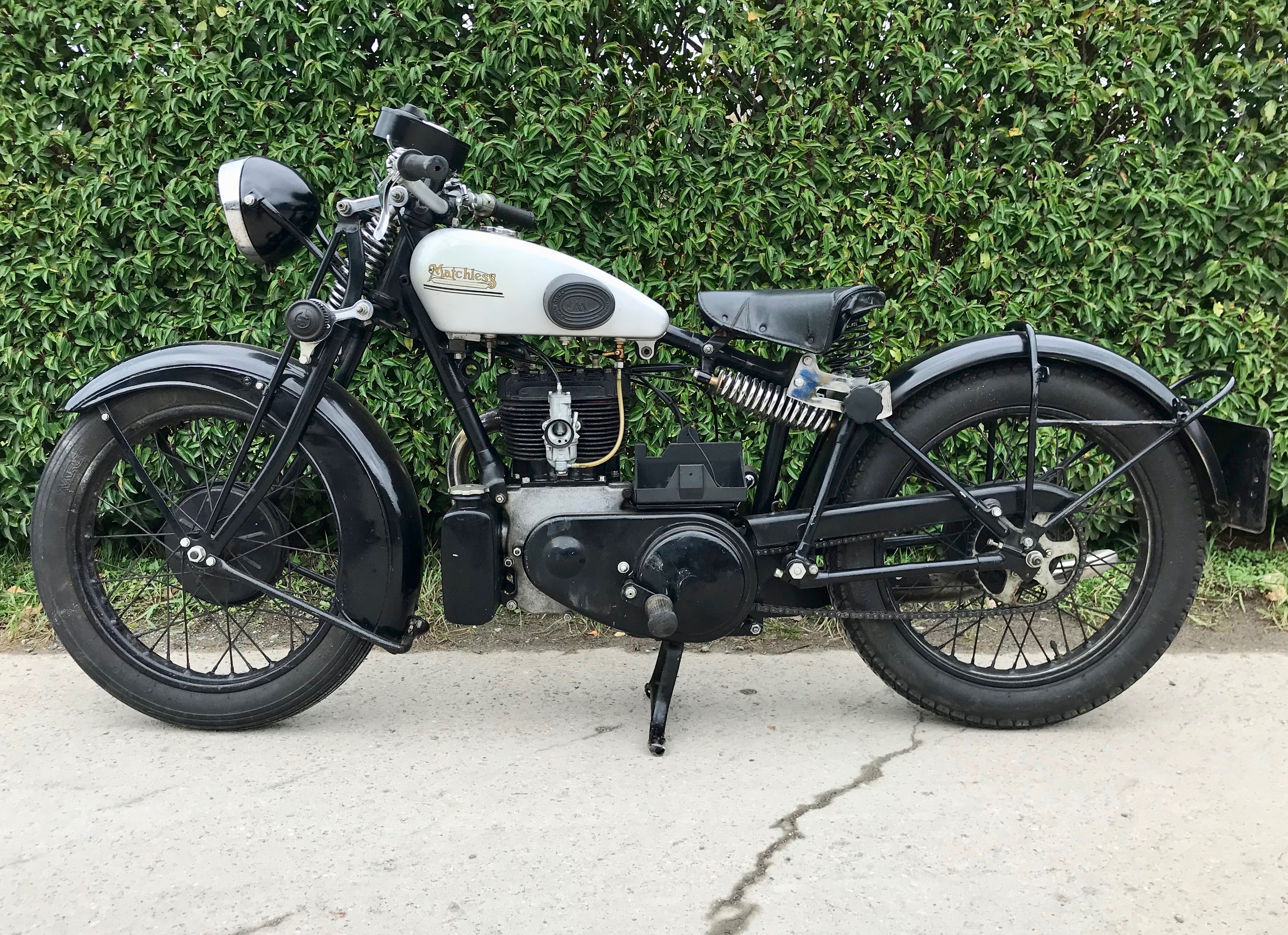 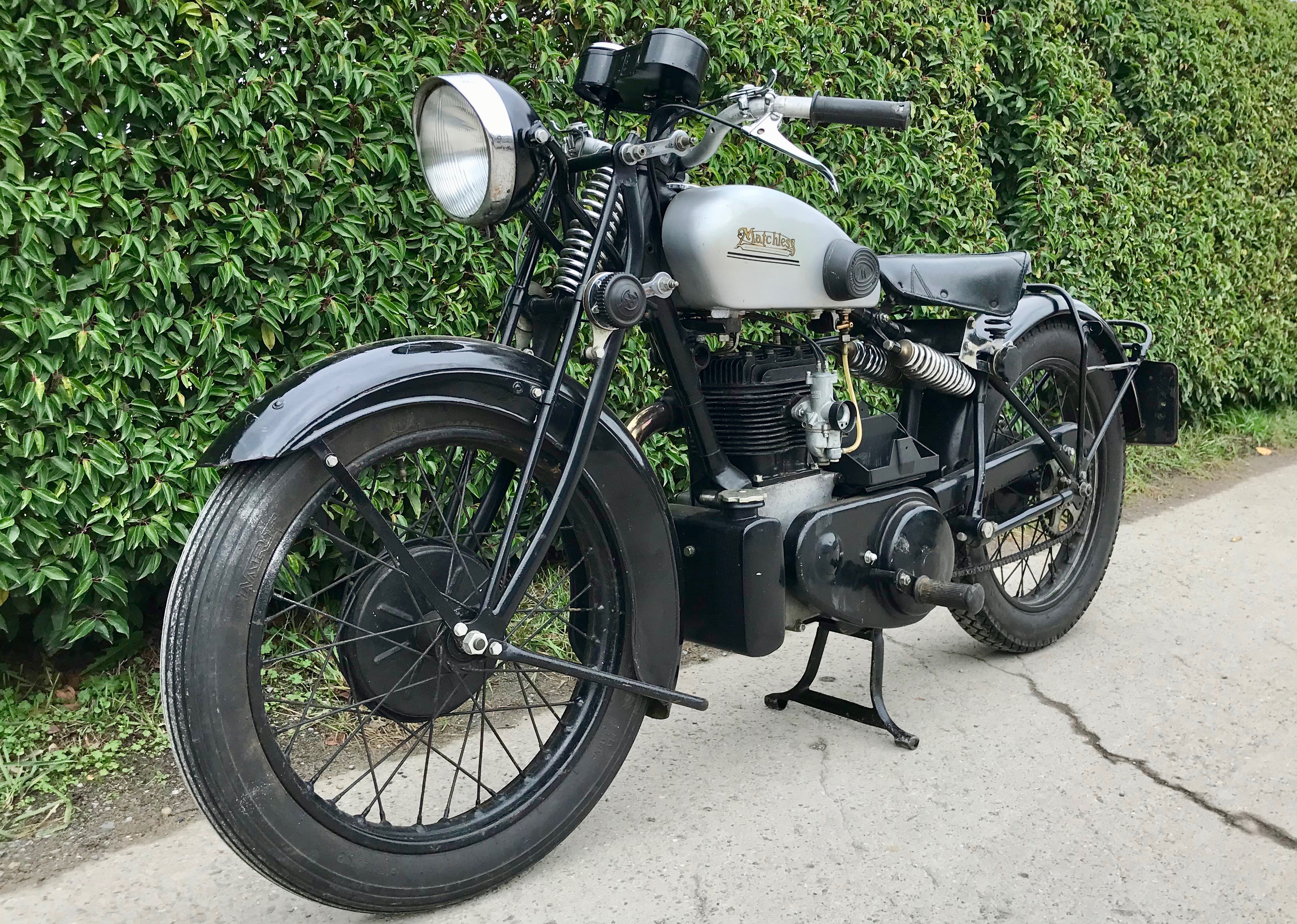 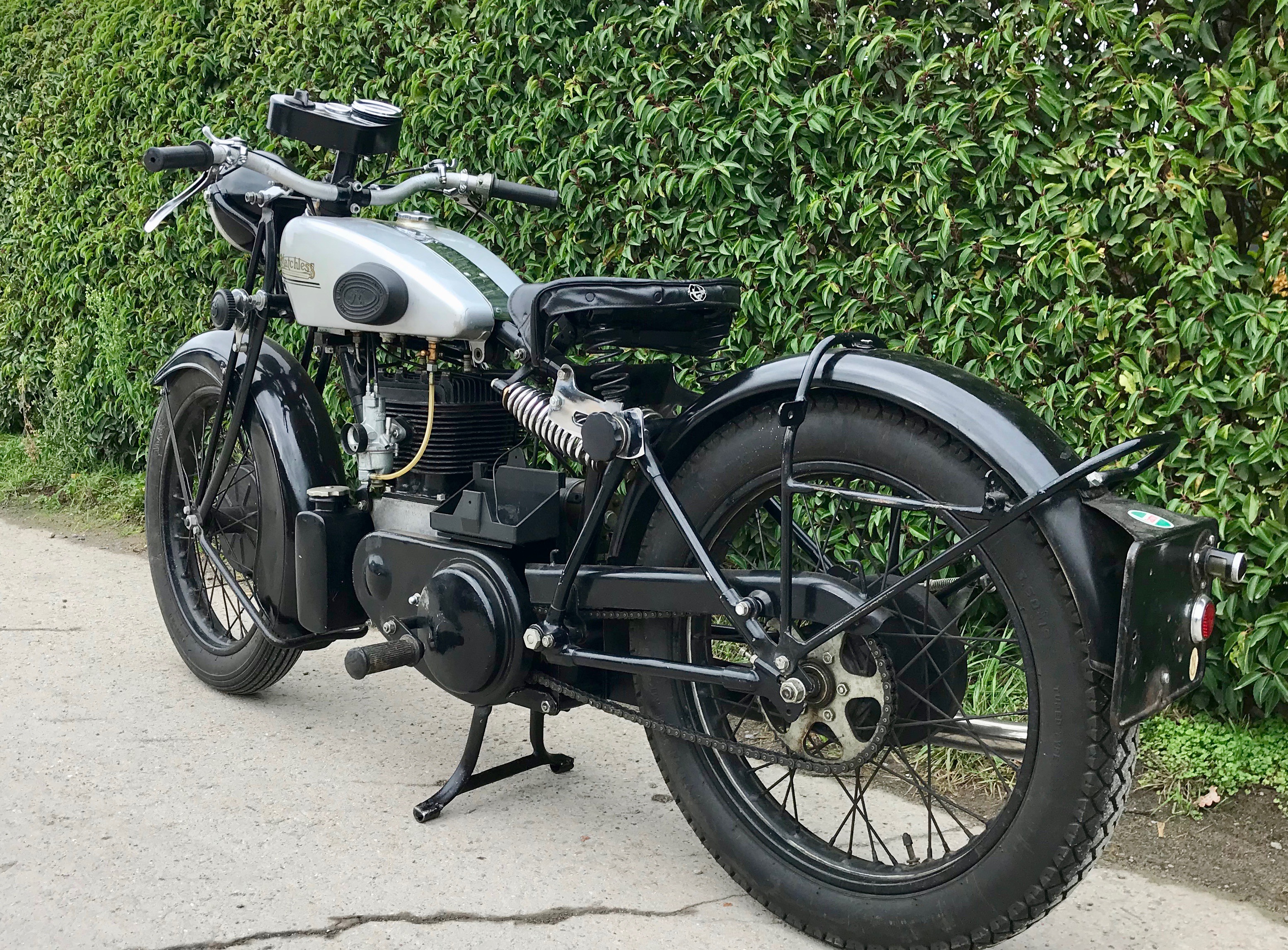 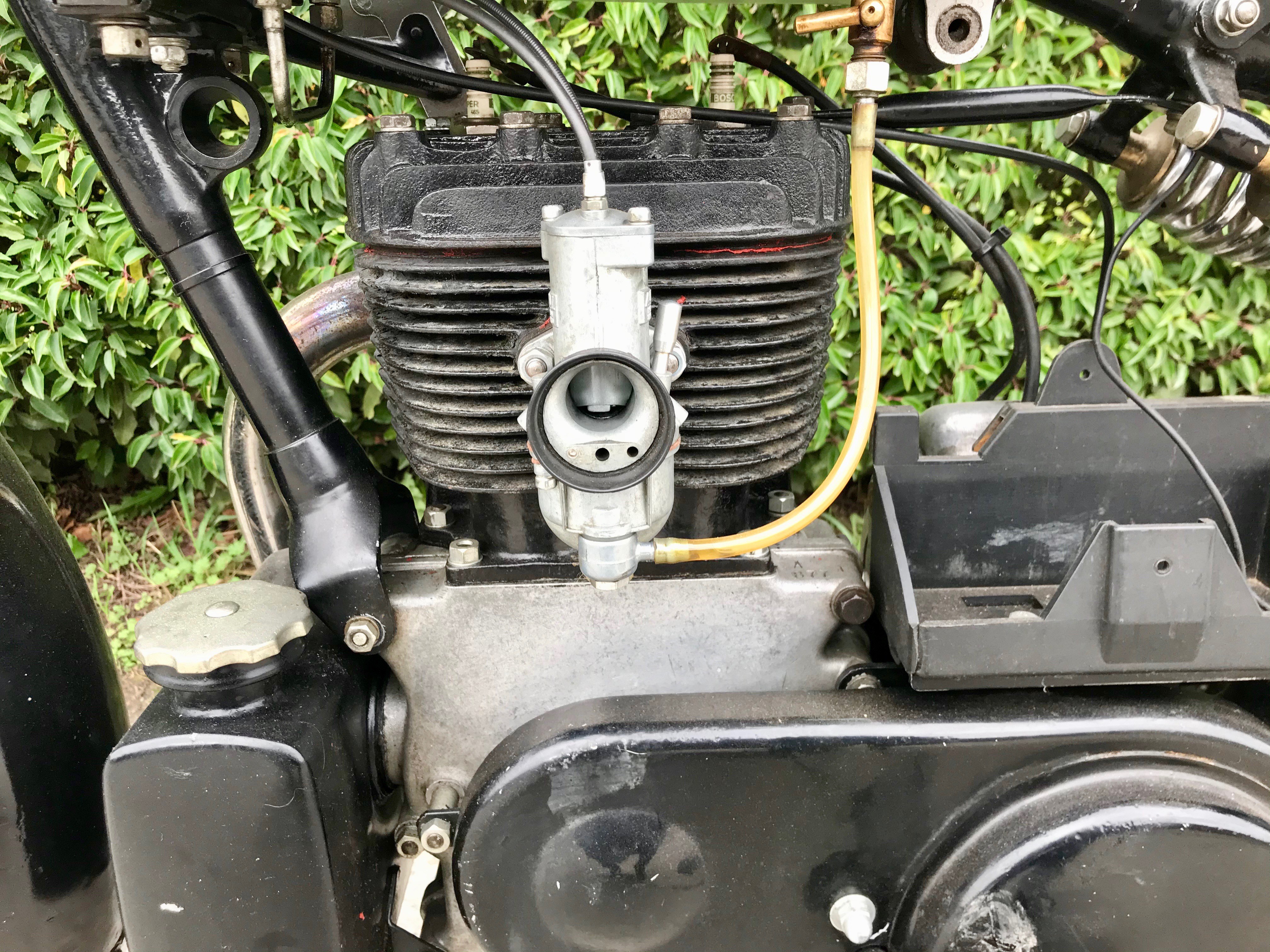 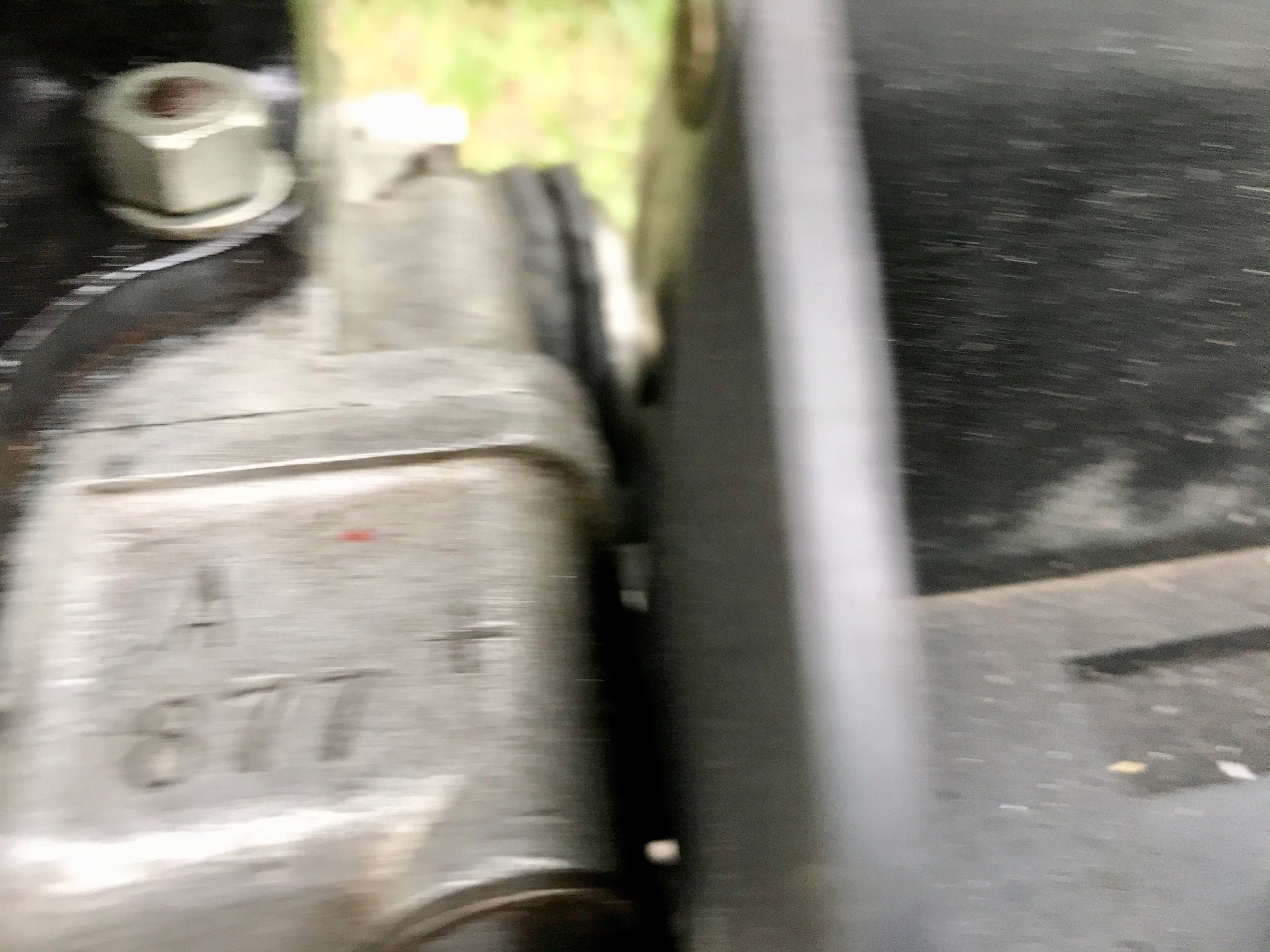 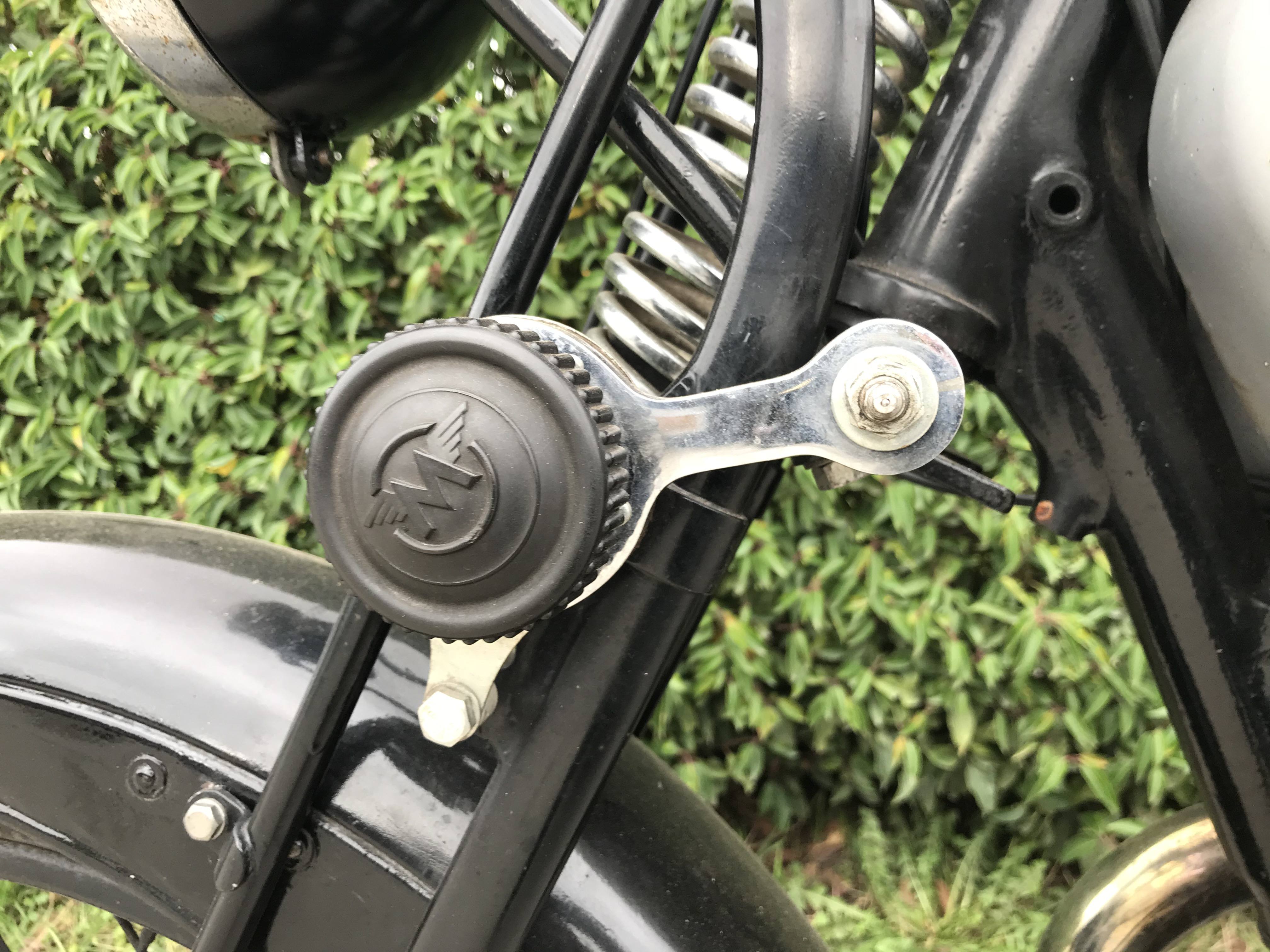 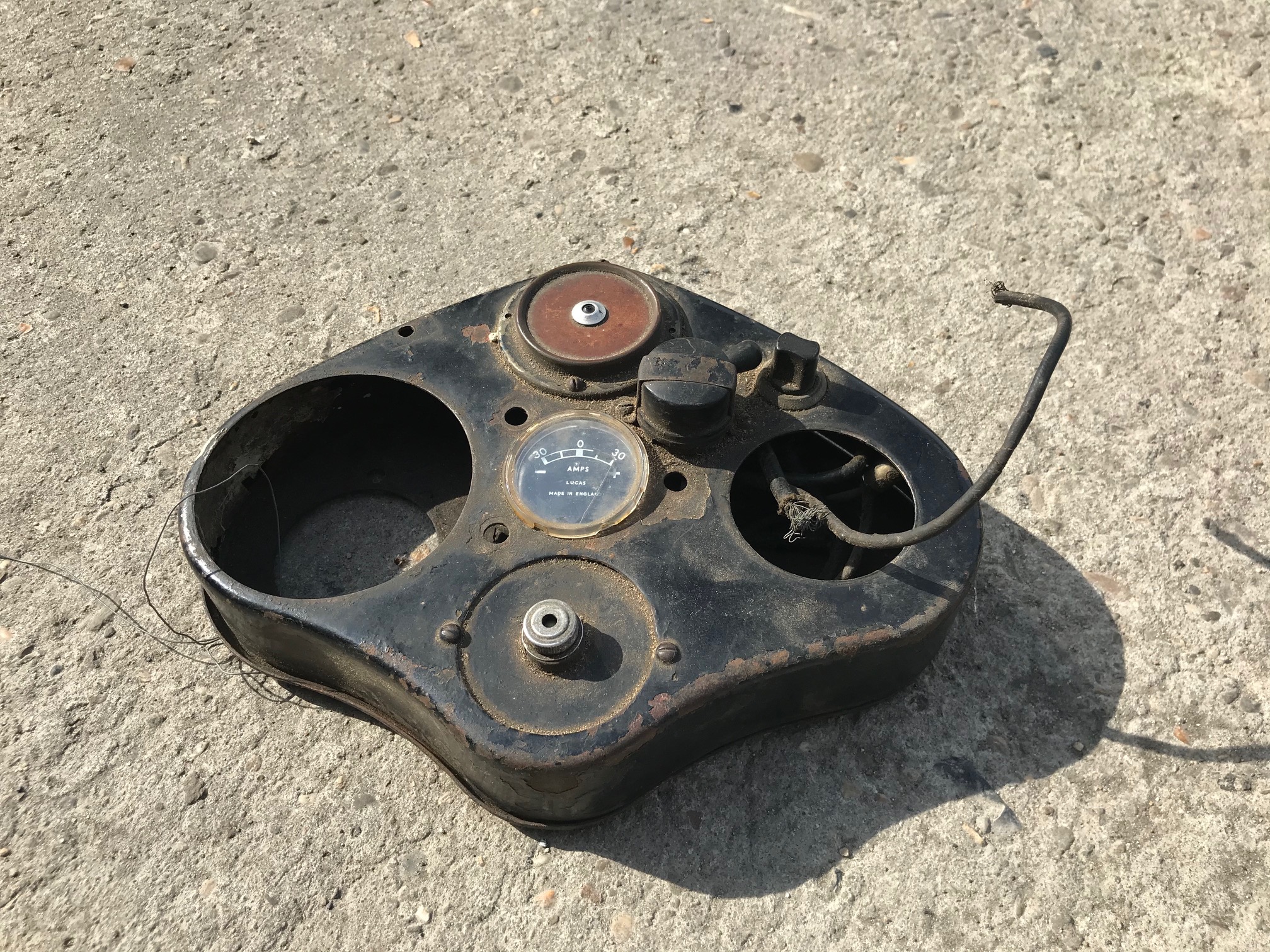 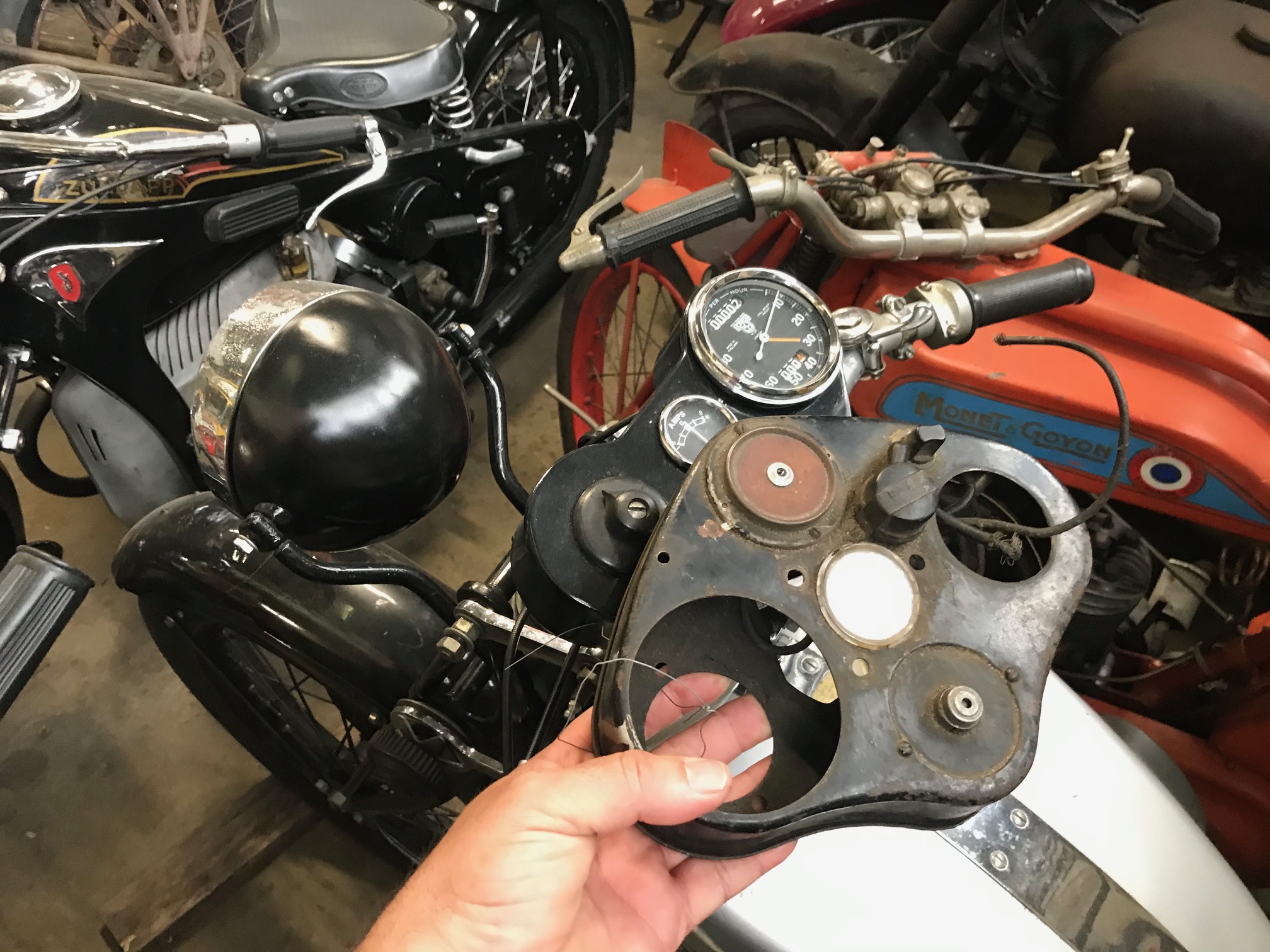