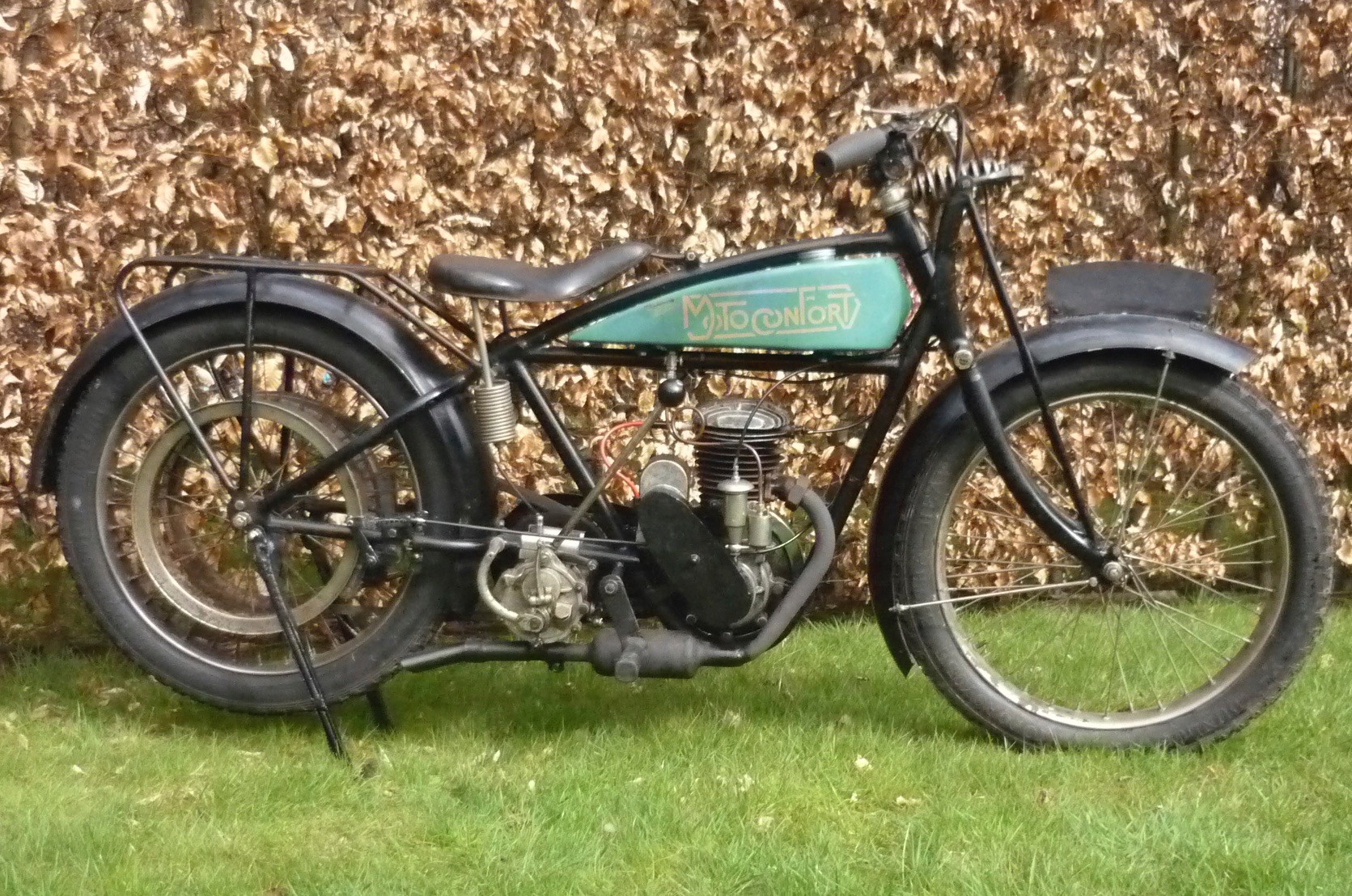 Frame No. 150: Probably the oldest known.

Charles Benoit and Abel Bardin design their first motorcycle in 1924 the MB1. This simple 175cc 2 stroke model was for sale until 1929. In 1926 they establish the company 'Motoconfort' and bring out a new heavier model the MC1. This is a 308cc 2 stroke with their patented suspension in the front fork. The design was similar to that of Triumph Junior, a 225cc lightweight made 1913-1926. The German Triumph sold a similar model called the Triumph Knirps. The Junior filled a niche market to get cyclists to switch to a light motorcycle and in particular had encouraged female riders. Ignatz Schwinn manufactured the Junior under licence in the United States (as did Excelsior), between 1916 and 1920, by upgrading the engine to 269cc this became the Excelsior 'L18'.As production of the Junior ended in 1926, and the 308 appeared in the same year presumably Motobecane bought the rights, and modernised this design to current fashion, frame and tank was modified and the engine became a 308cc. A striking feature of the Triumph Junior - and this French Motoconfort 308 - is the horizontally placed spring in the front fork. This was then used in America for bicycles such as the 1938 Schwinn Autocycle and in the late 1960s, the Stingray Krate.
This Motoconfort comes from a French collection and is in running condition. 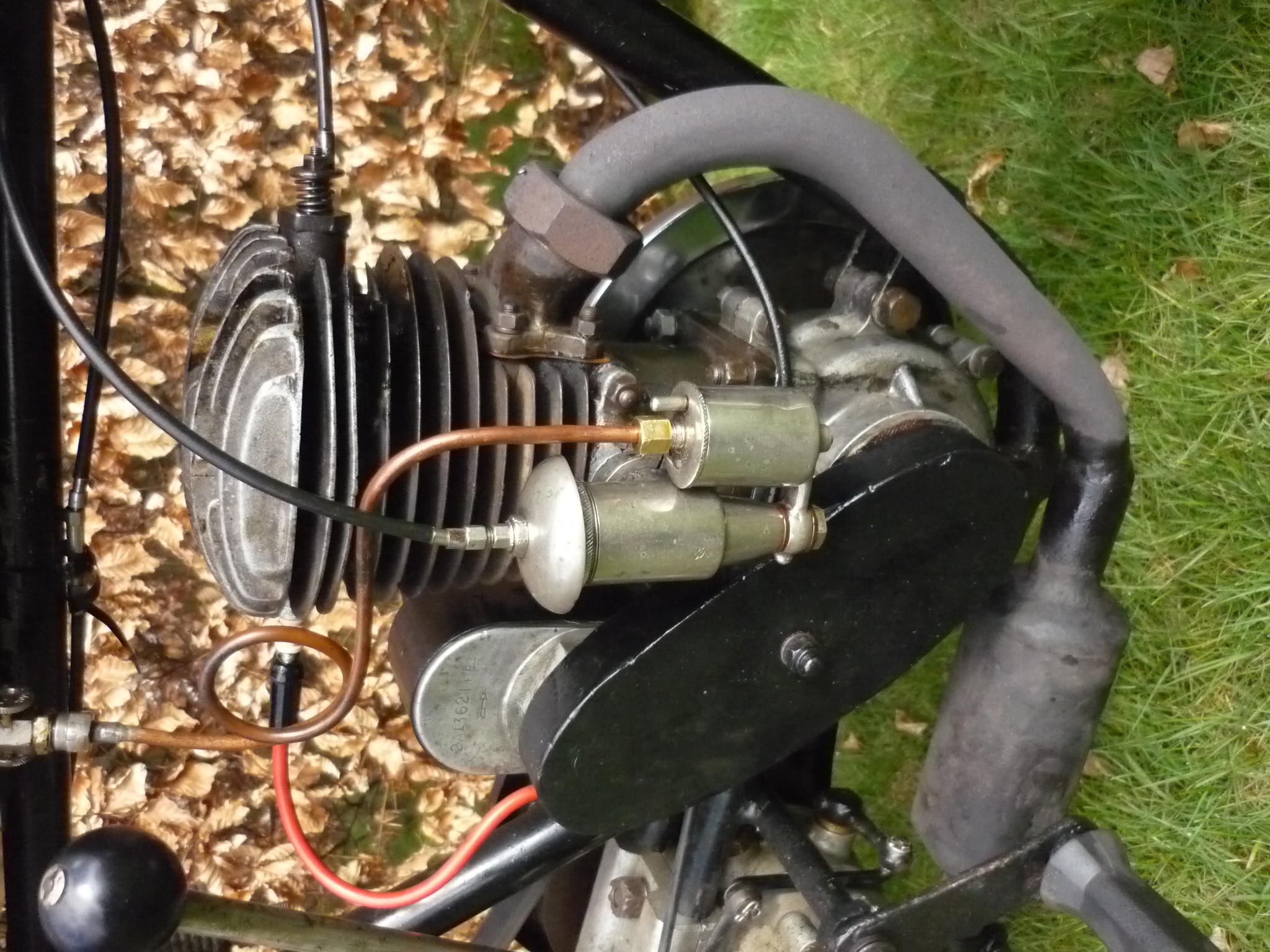 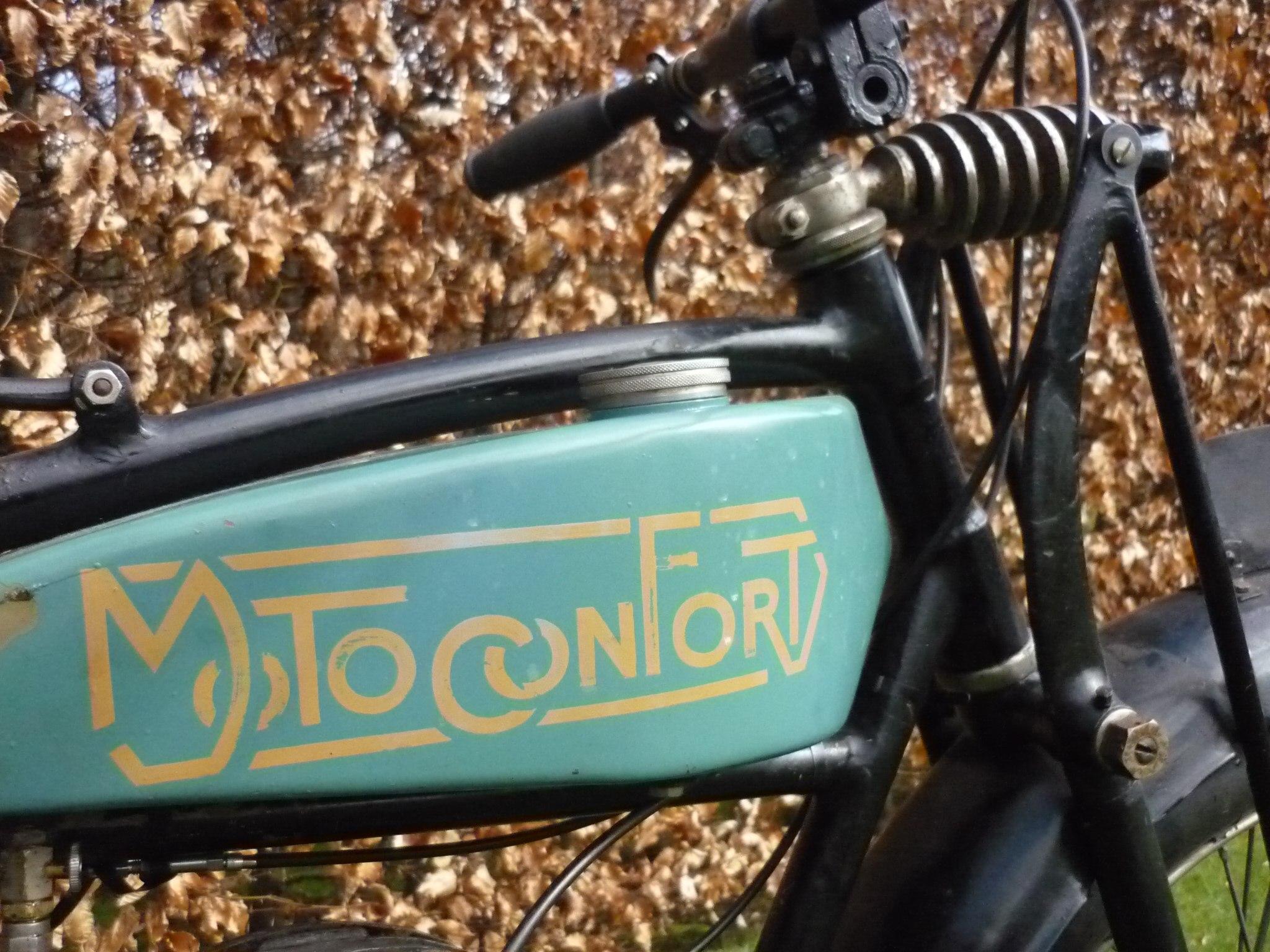 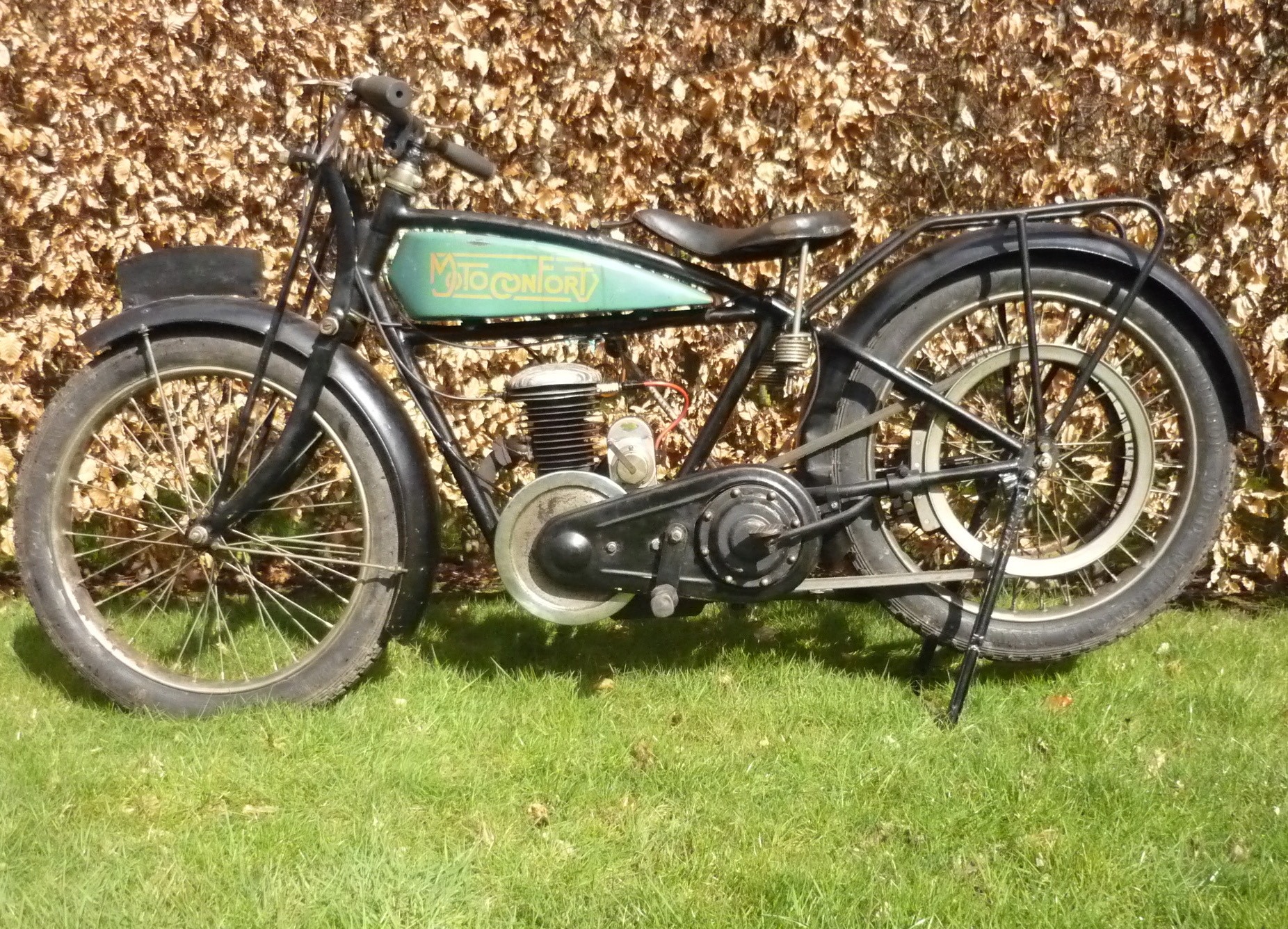