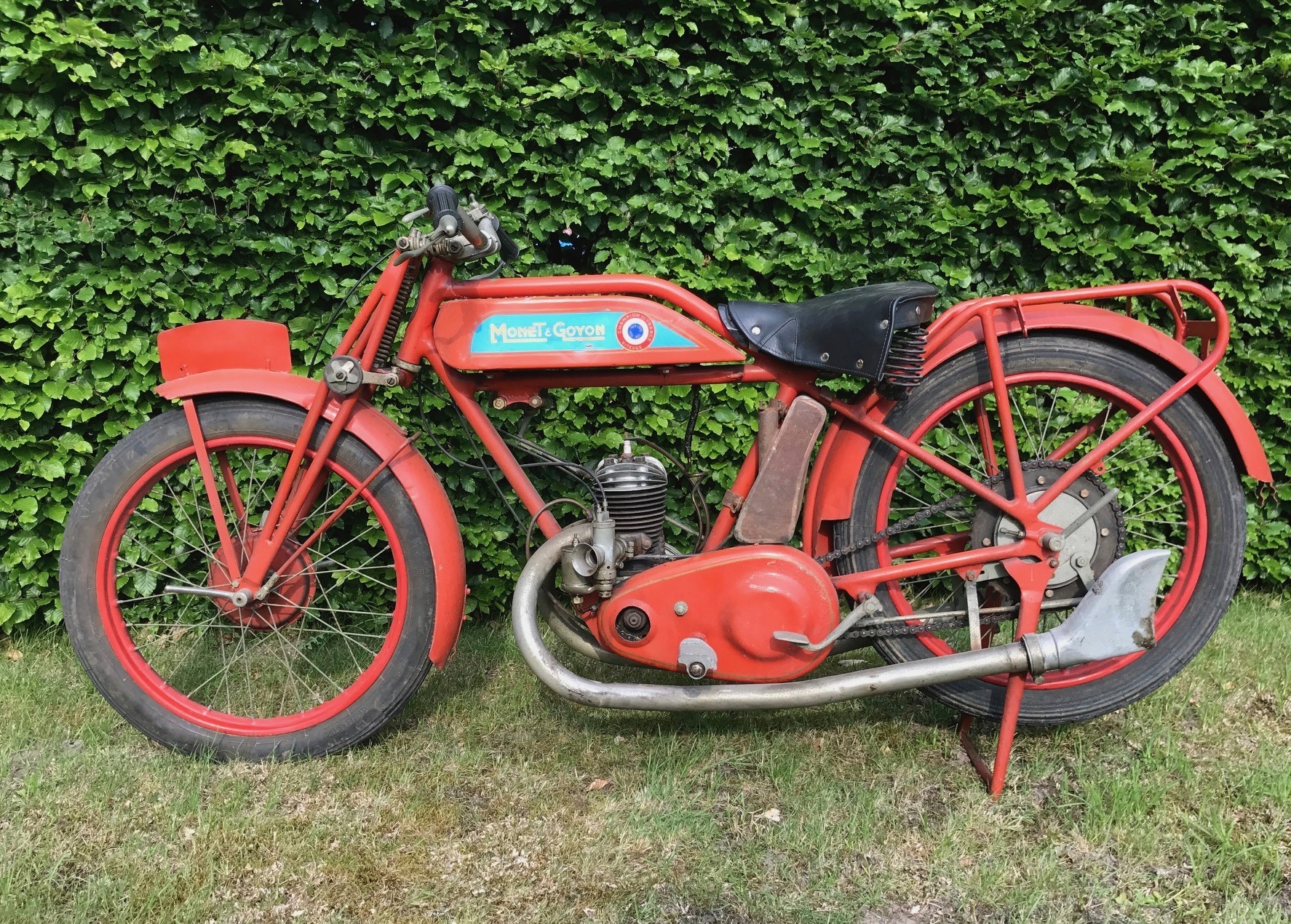 French racer
20 world records with this model!
In 1924 Monet Goyon starts with a new sporty model with a 175cc 2 stroke engine, model 'Z' is equipped with a sporty British 2 stroke Villiers engine with double exhaust. After many successes in 1925 this model was equipped with the 'Super Sports Brookland TT' Villiers engine (this engine has broken many records in the Brookland circuit). With this model they were 4 times Champion of France (1924,25,26,27), they won 3 times Grand Prix de France (1924, 25, 27, 29), 4 times first place on the Mont Ventoux (1924, 25 , 28, 29), and no less than 20 world records (1924, 25, 29)! All this mainly won by the factory riders Louis Janin, Albert SOURDOT, HOMMAIRE and GAUSSORGUES.
This motorcycle is the model T of 1928 with the fast 175cc Villiers engine "Super Sport TT" with double exhaust and oil tank with oil pump to give oil directly to the piston, especially for racing.
Engine is in good running condition but tank and carburettor need to be cleaned. Oil tank was missing but that is already there. Only the oil pump is still missing. This model was made by the factory as a normal street bike but with many racing options. This model was made to work with during the week and in the weekend you could disassemble all the street version parts and go racing
Race adjustments from the factory:
- big quick close nuts for the wheels
- Villiers race engine
- big race carburetor, AMAC 15 MDY
- special oil system
- big solid gearbox 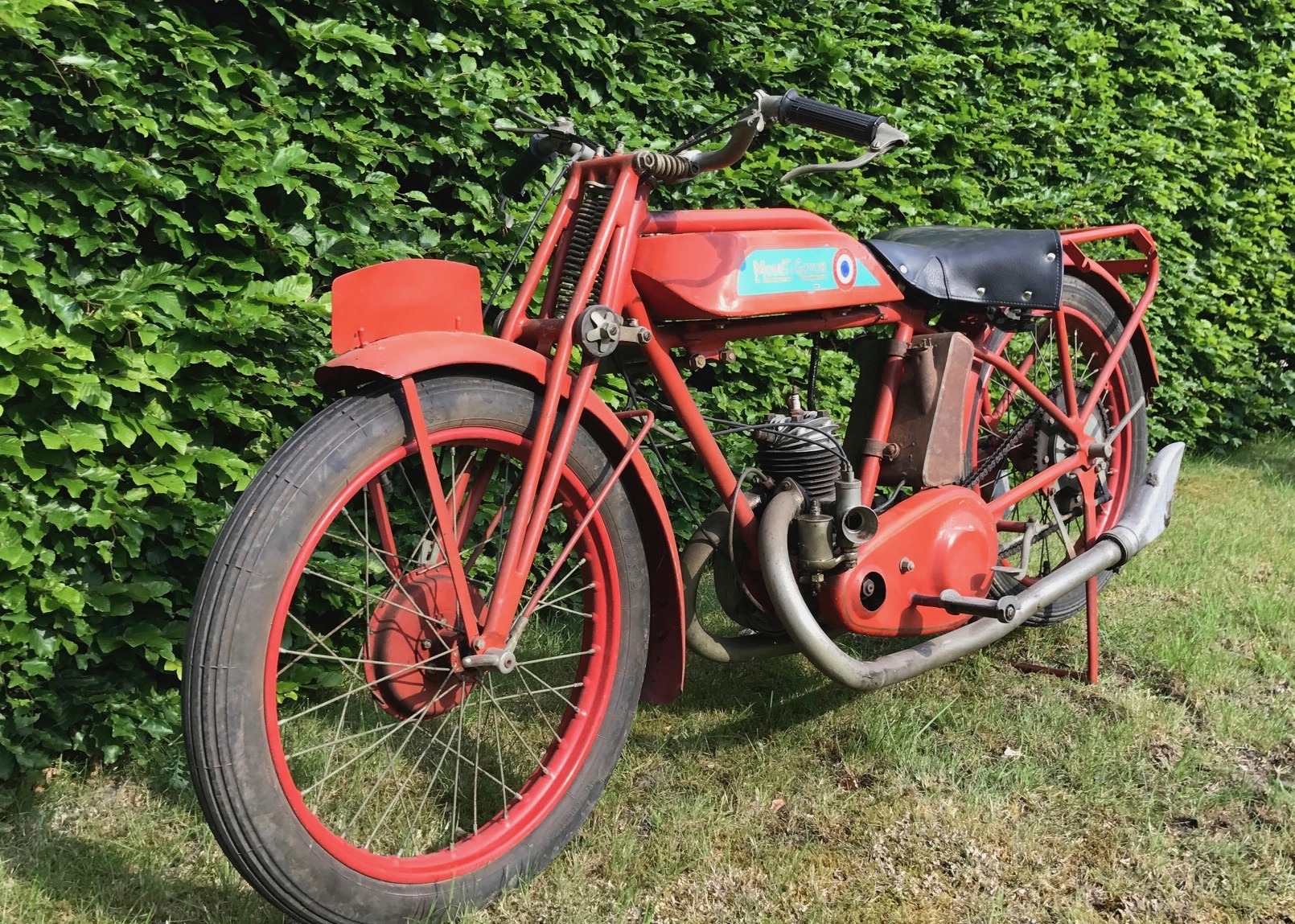 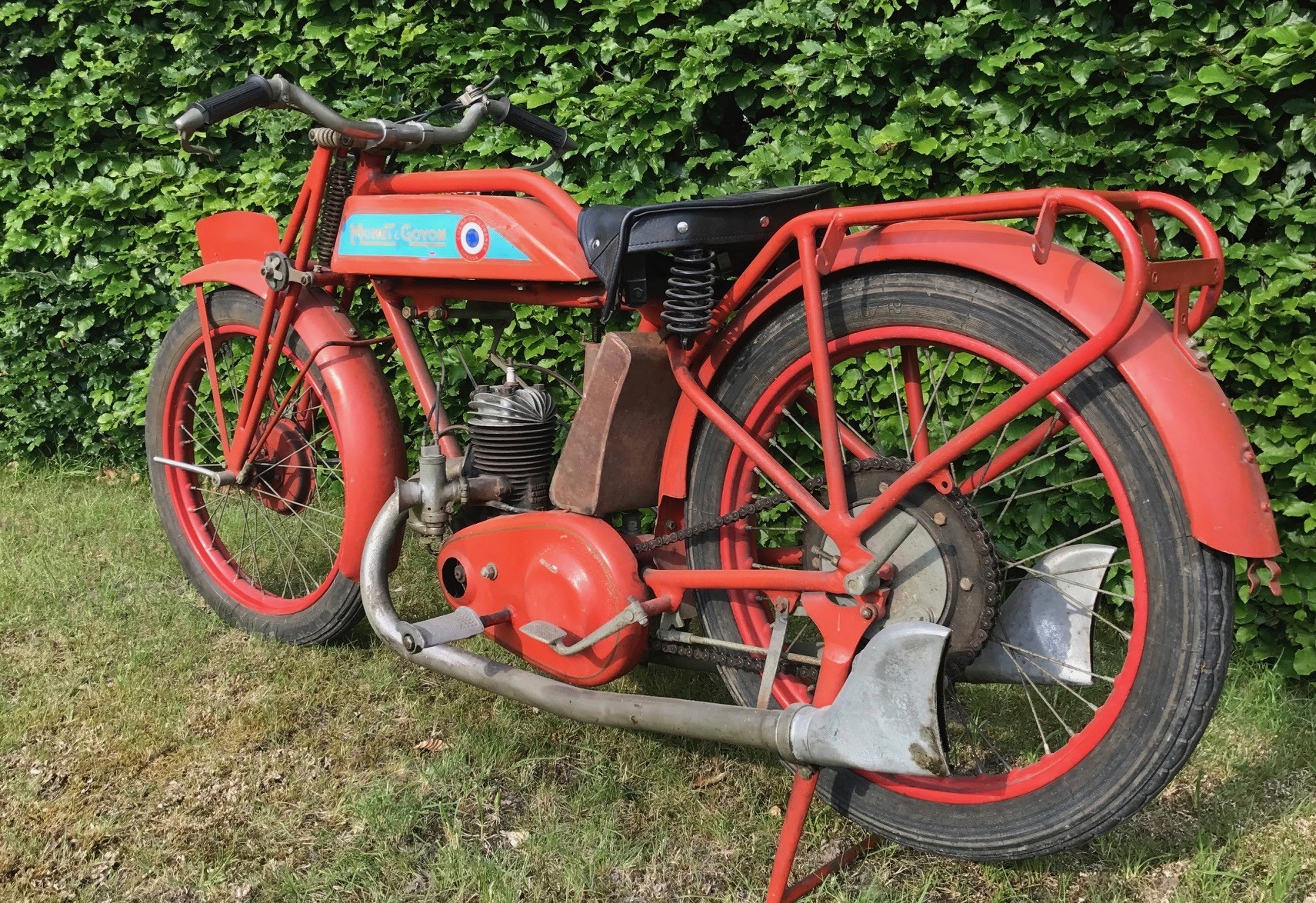 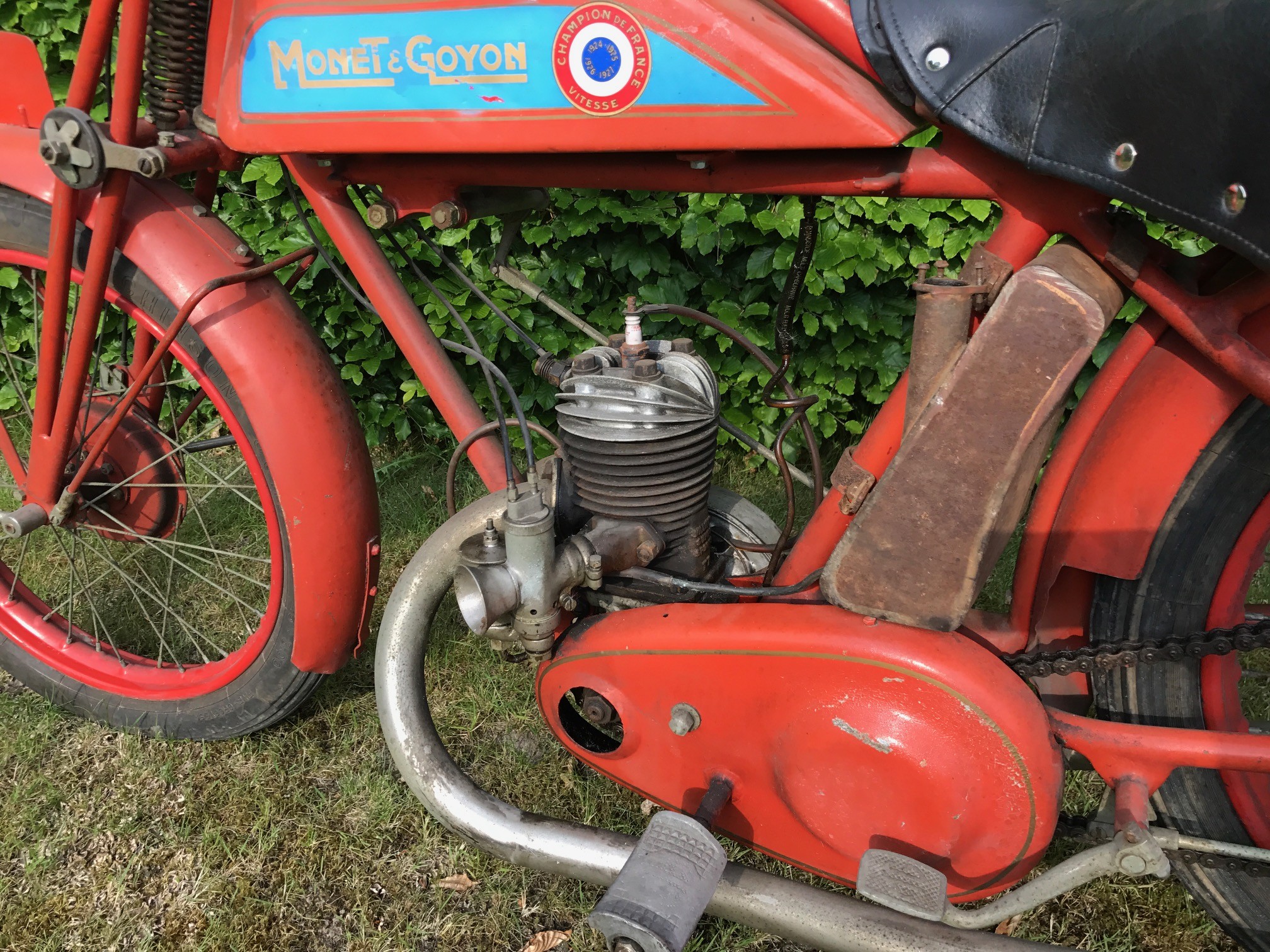 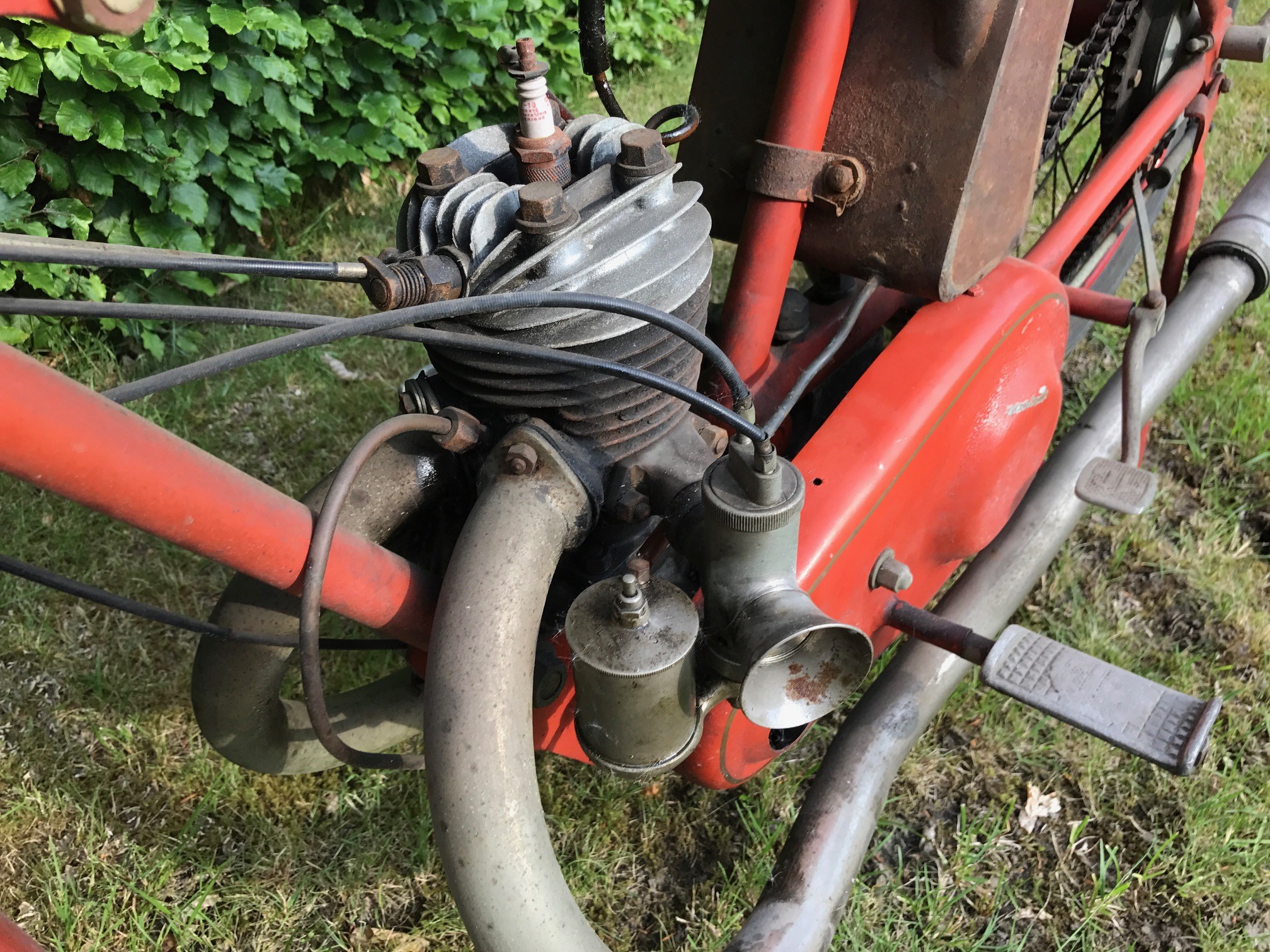 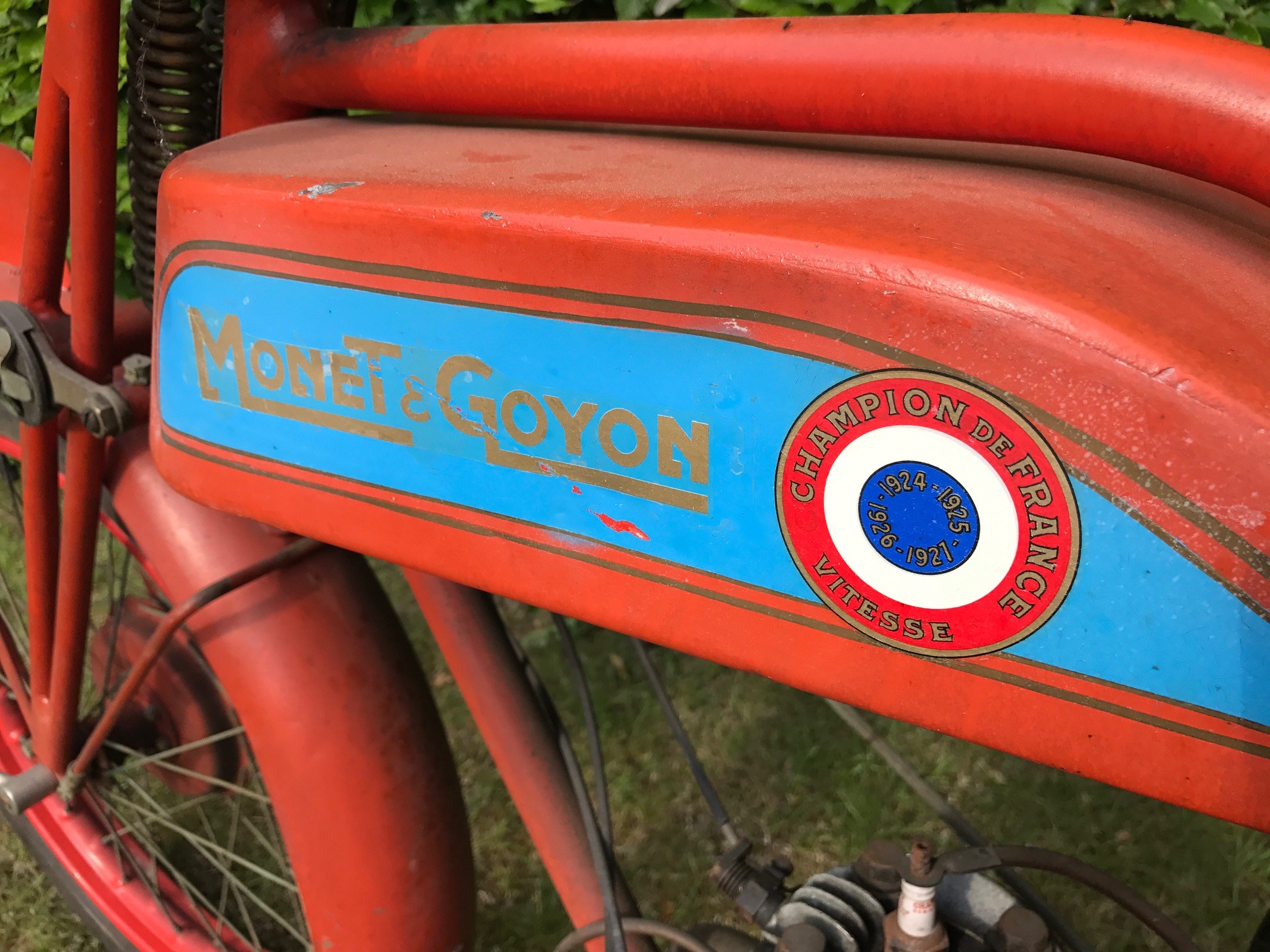 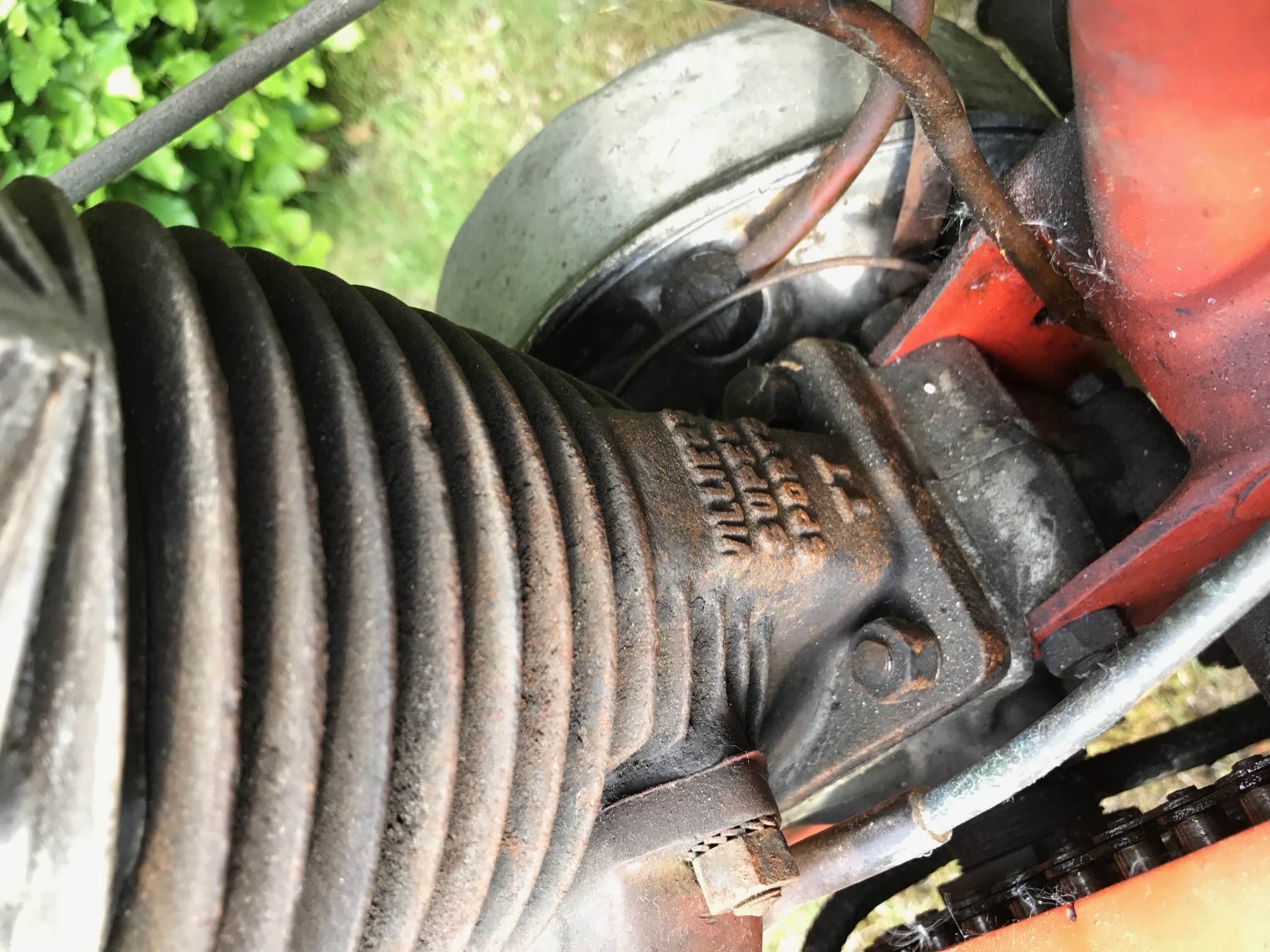 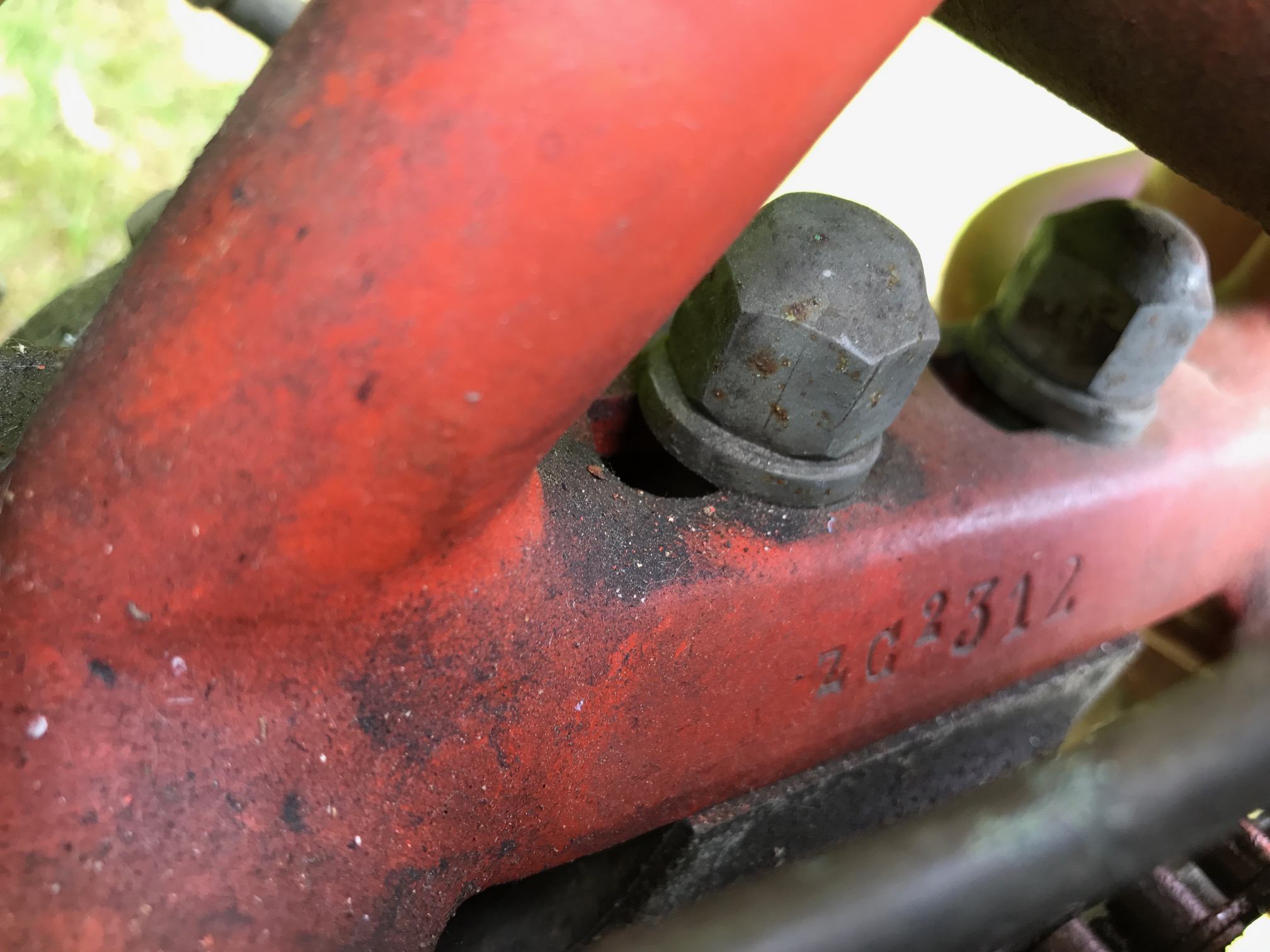 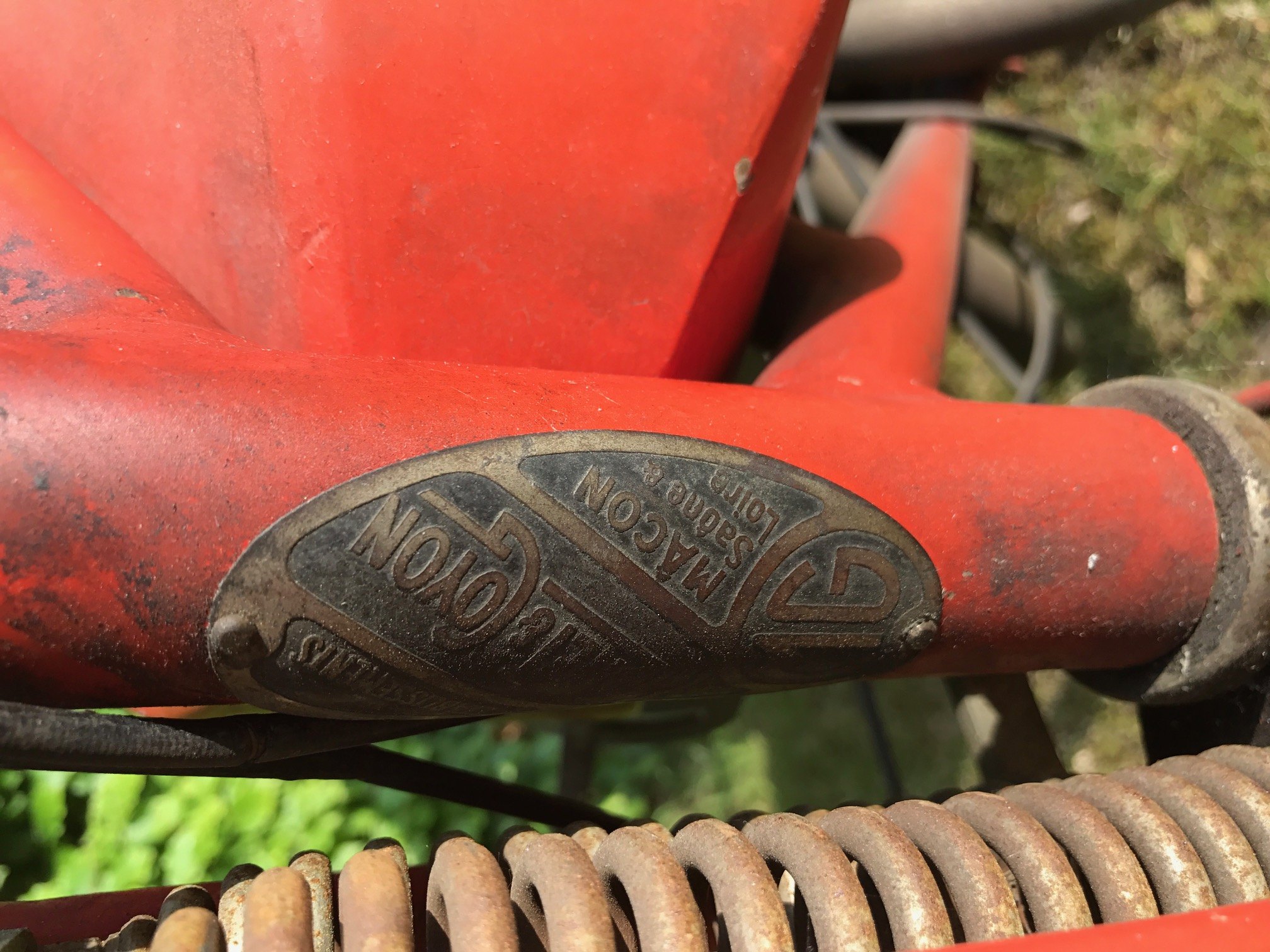 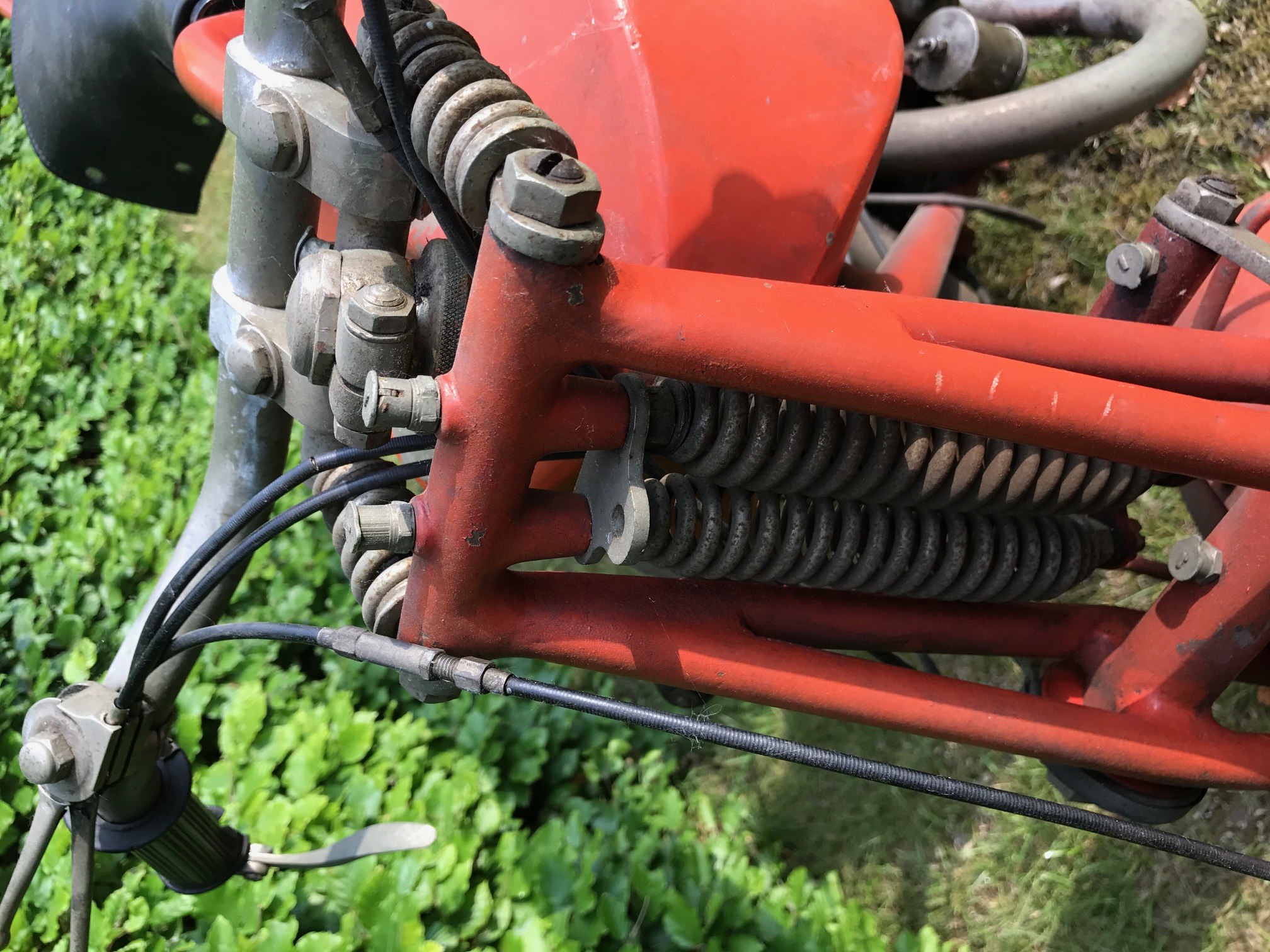 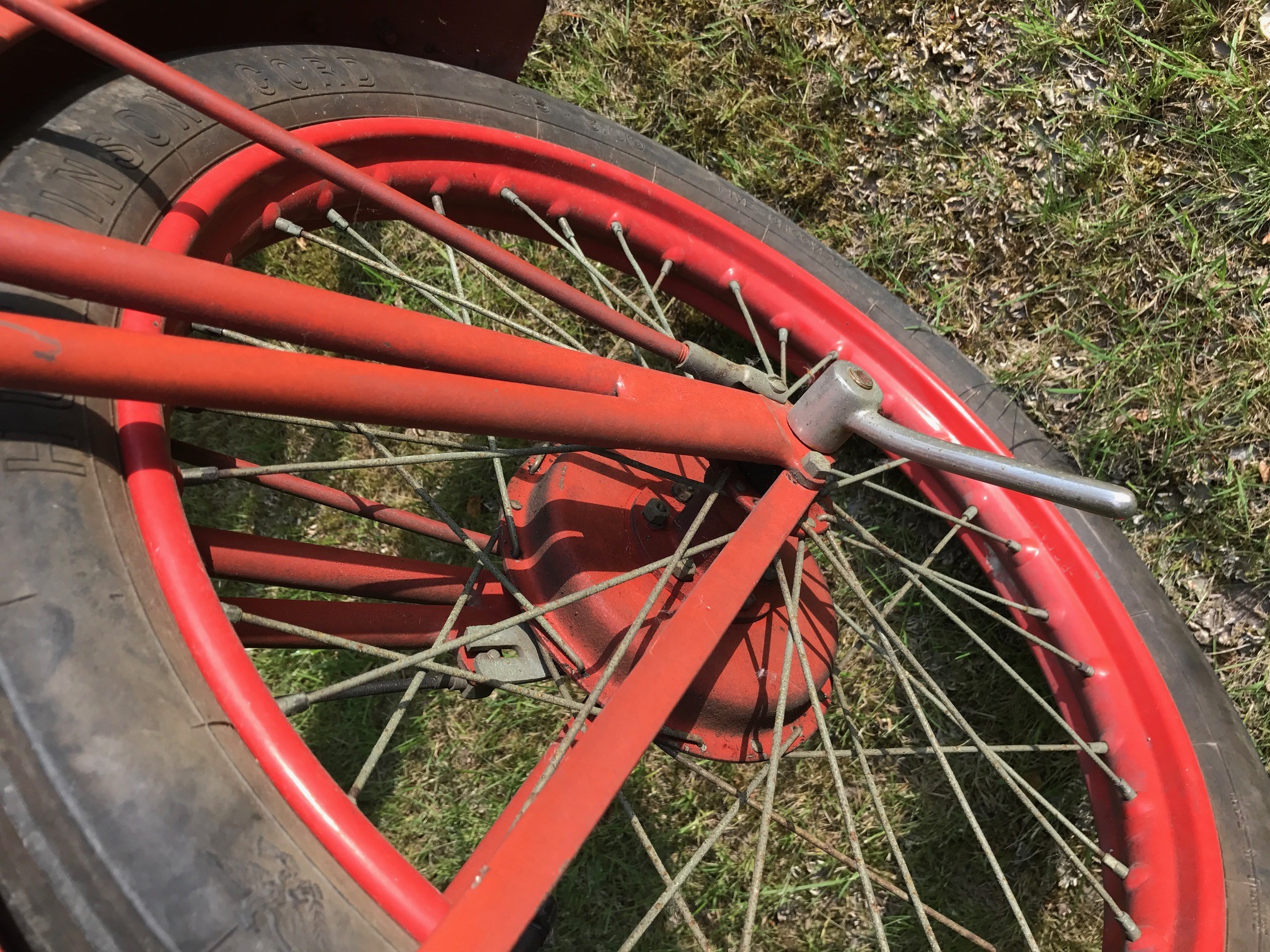 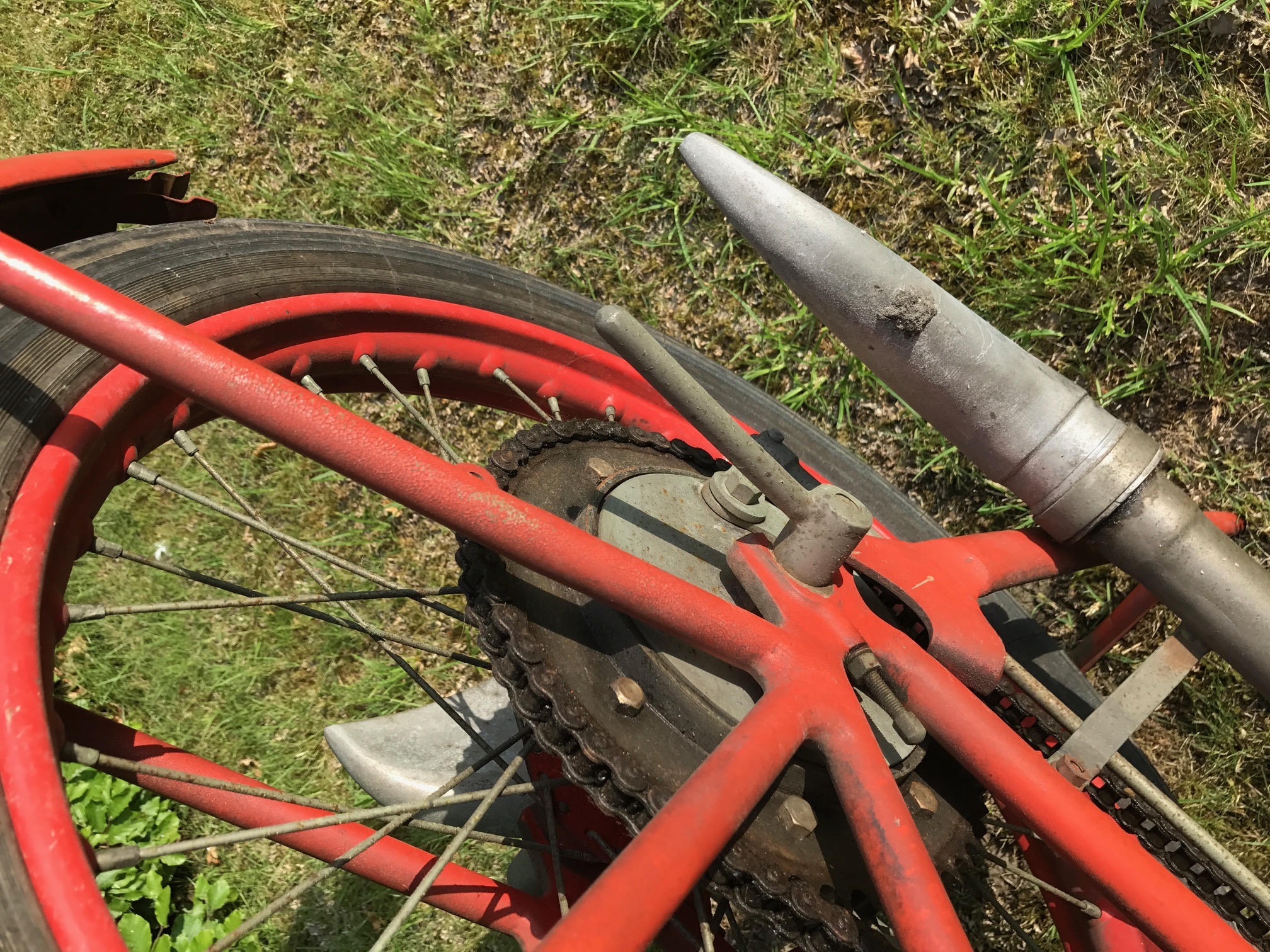 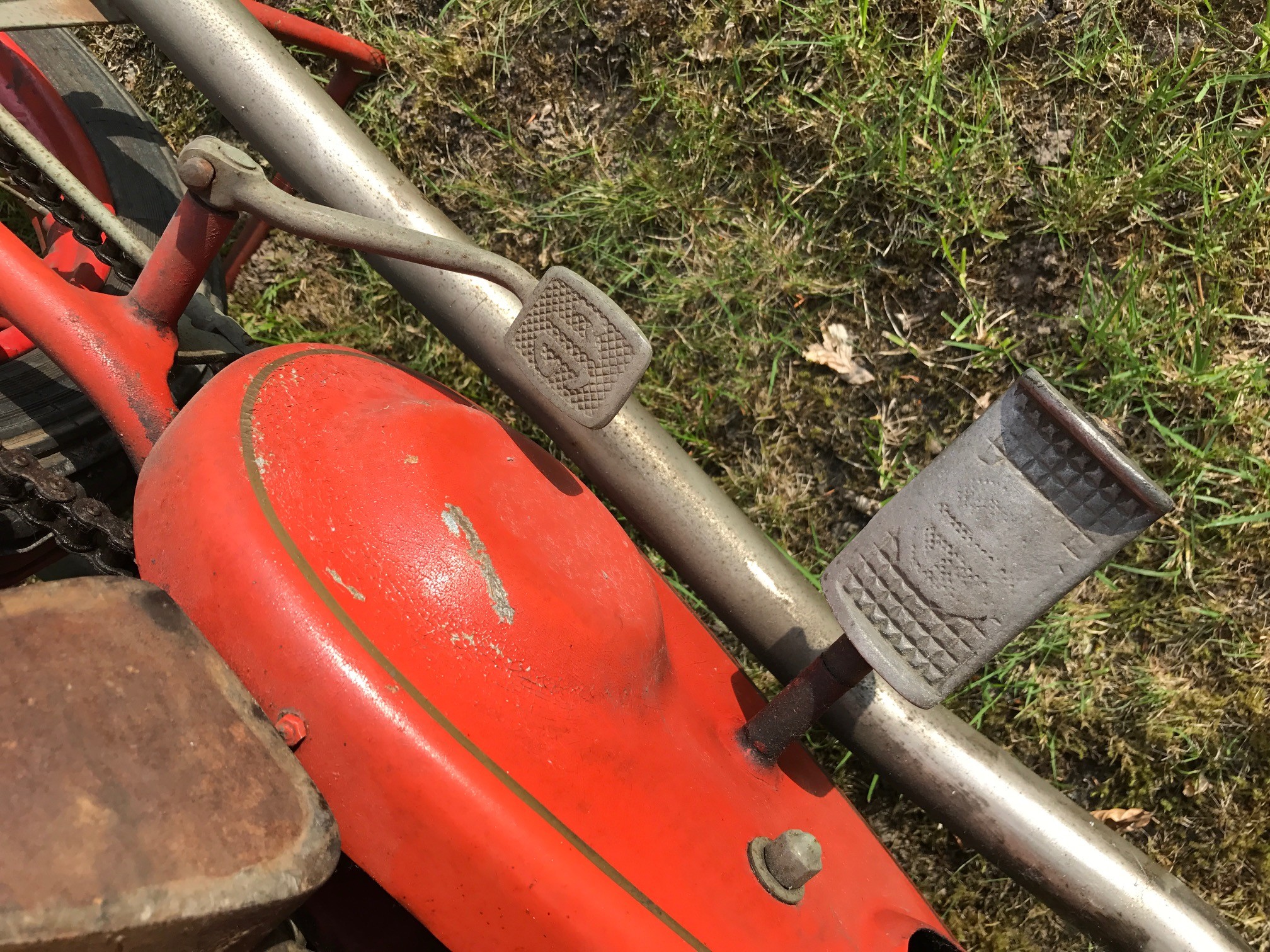 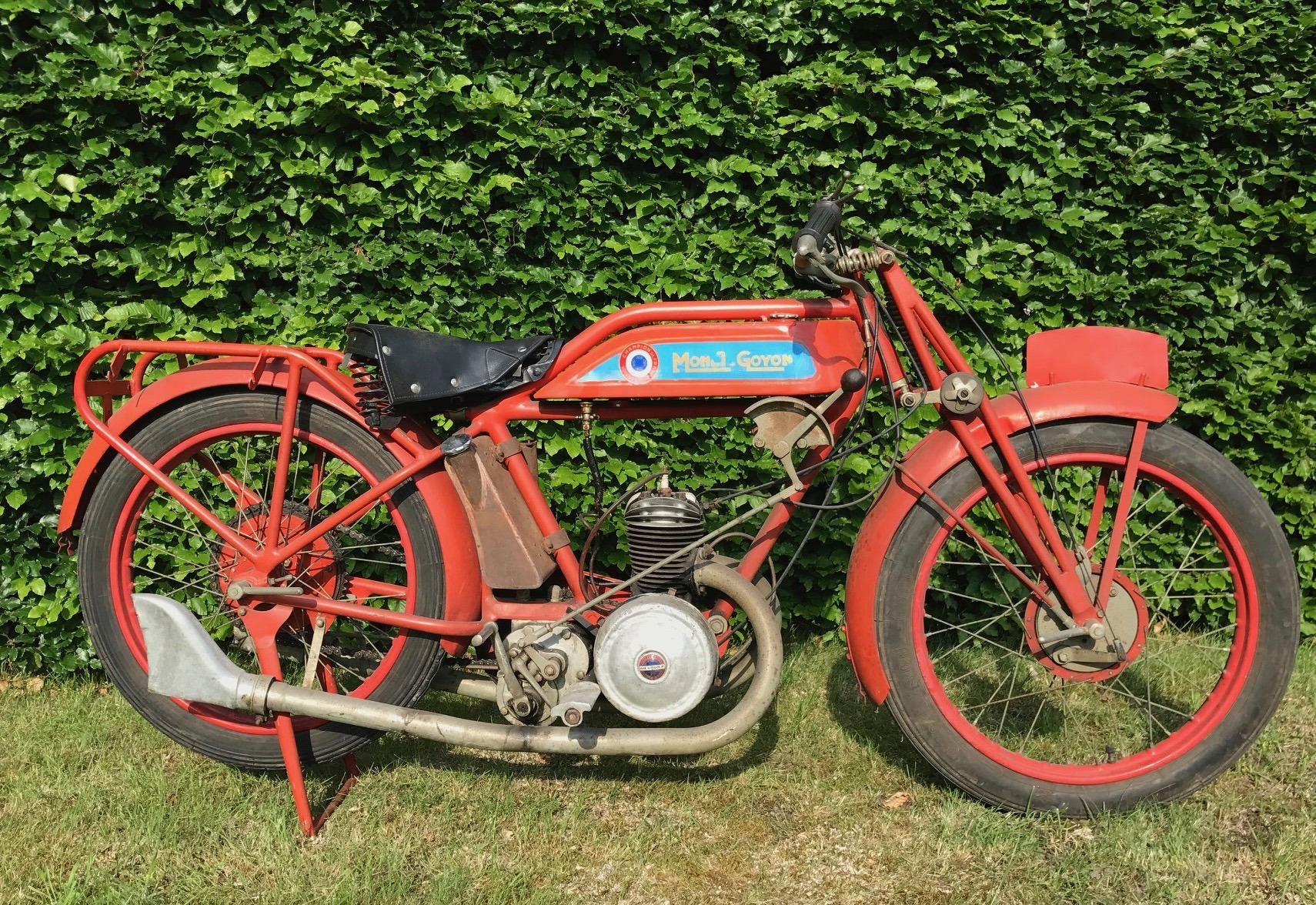 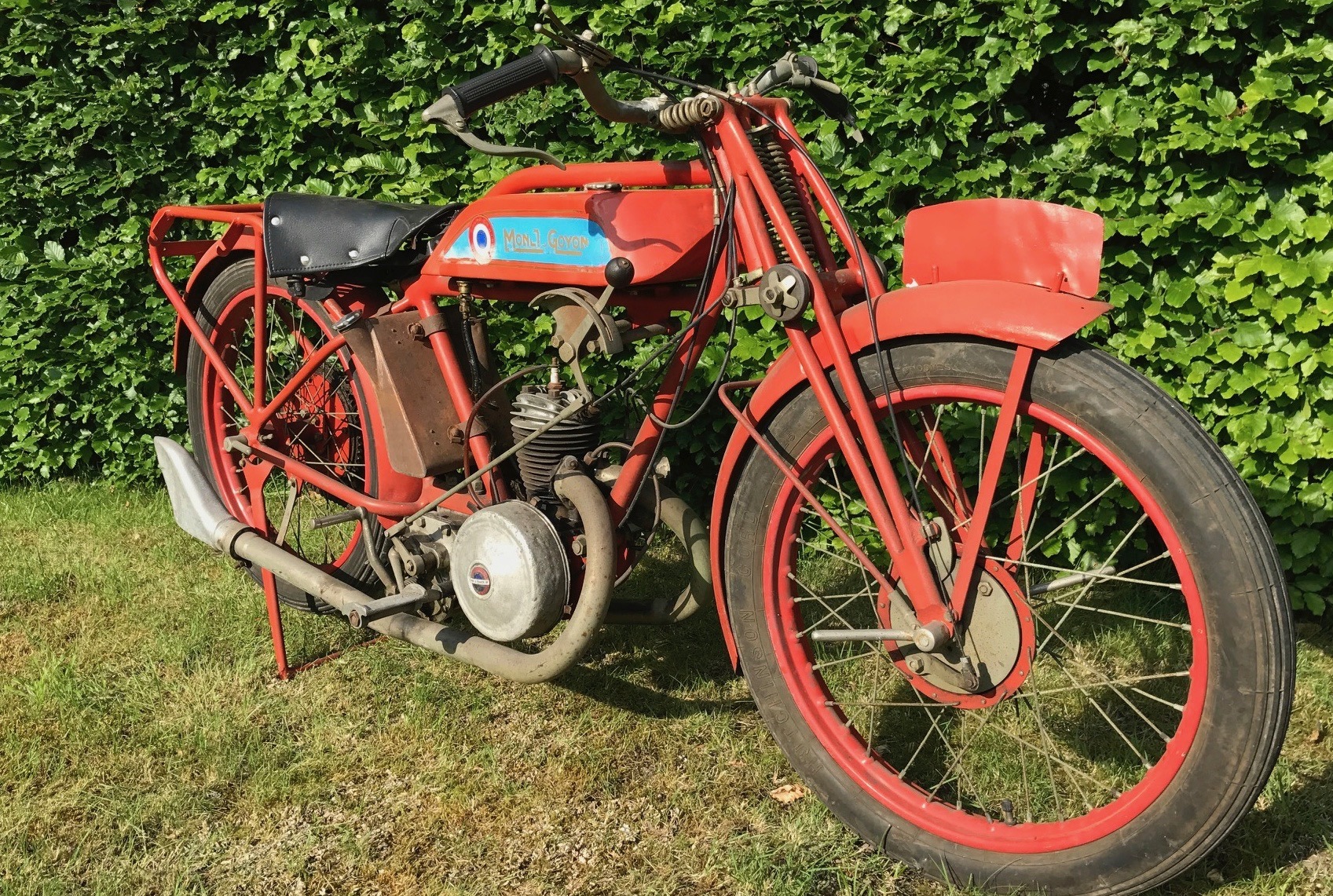 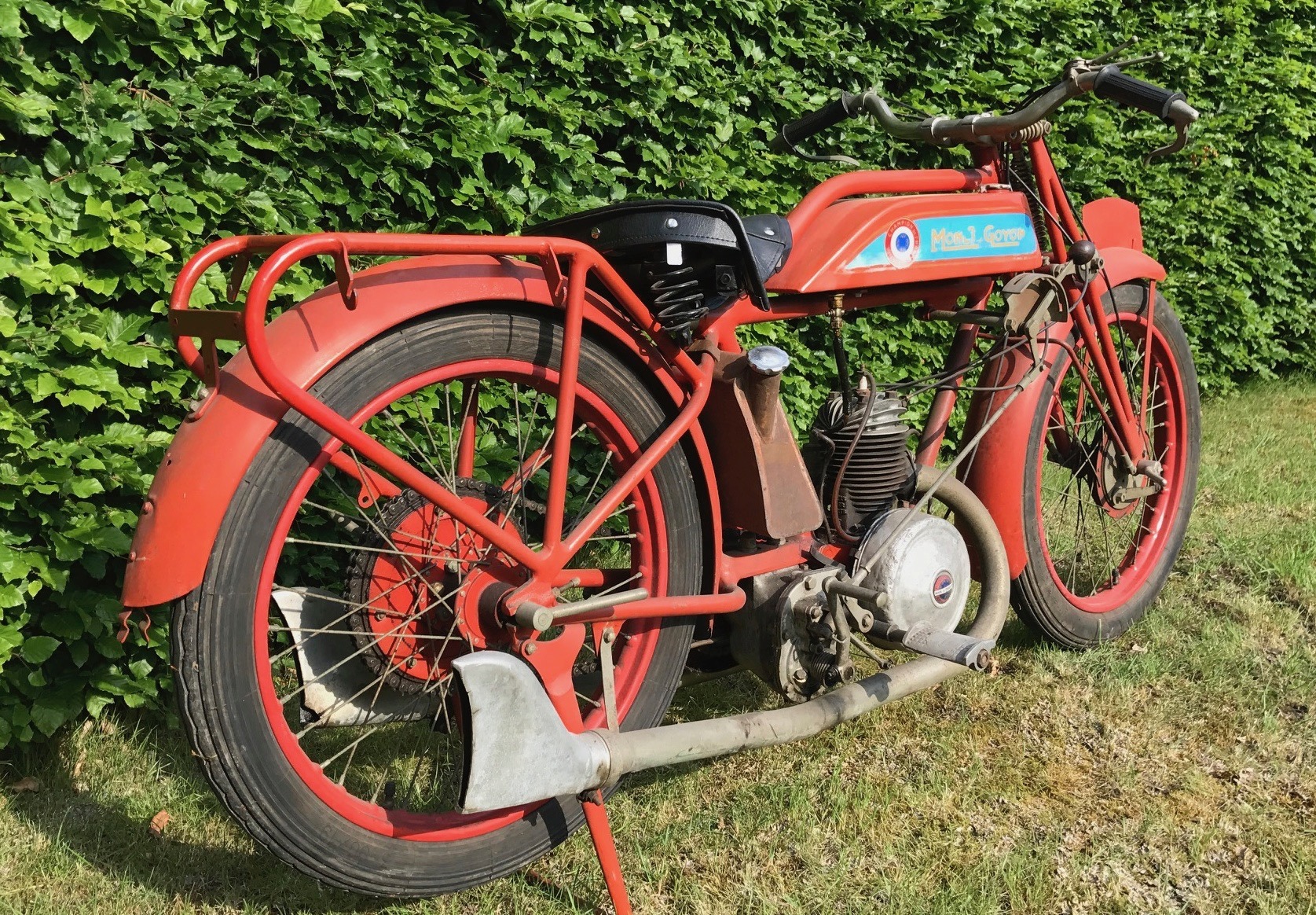 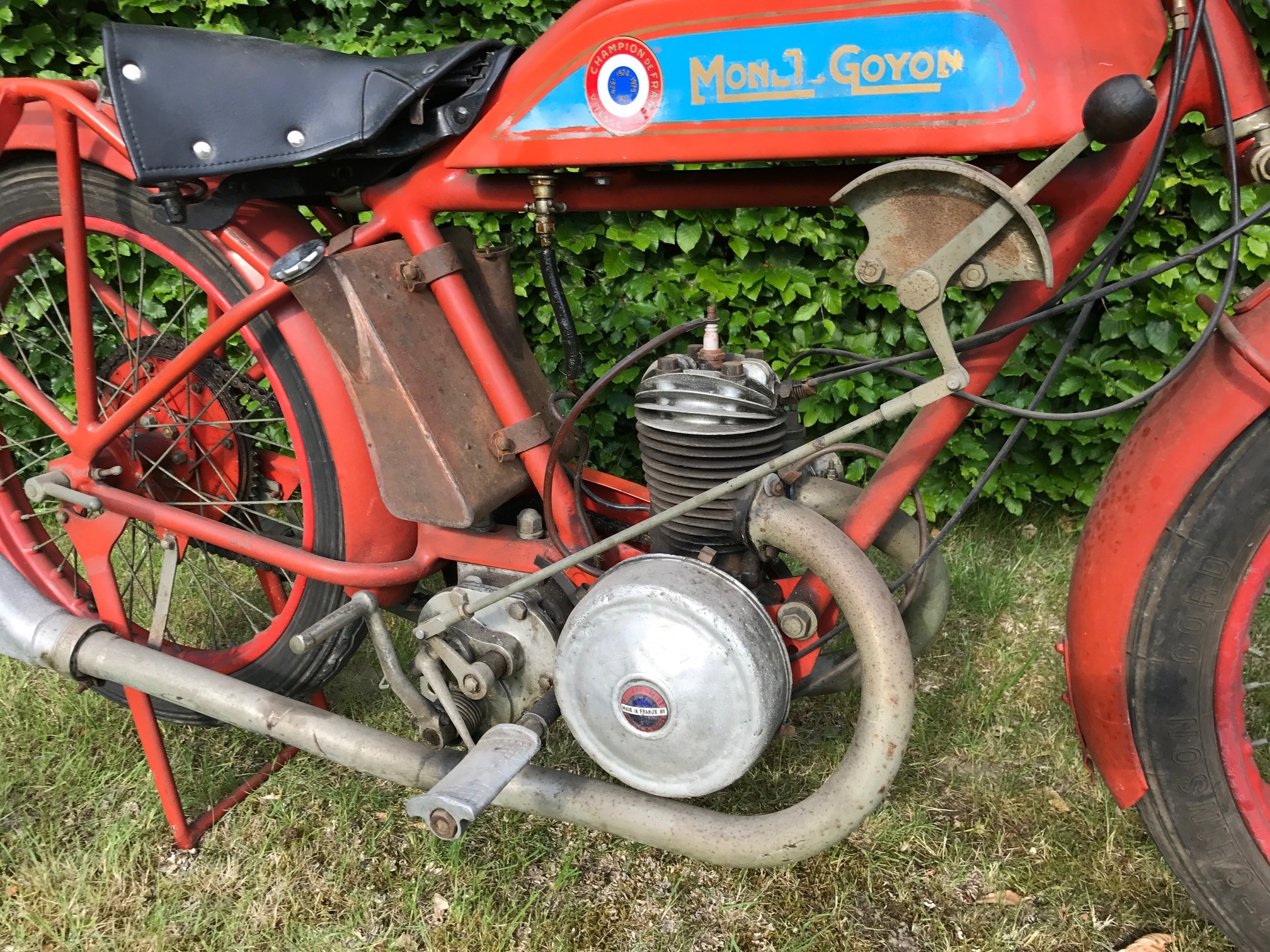 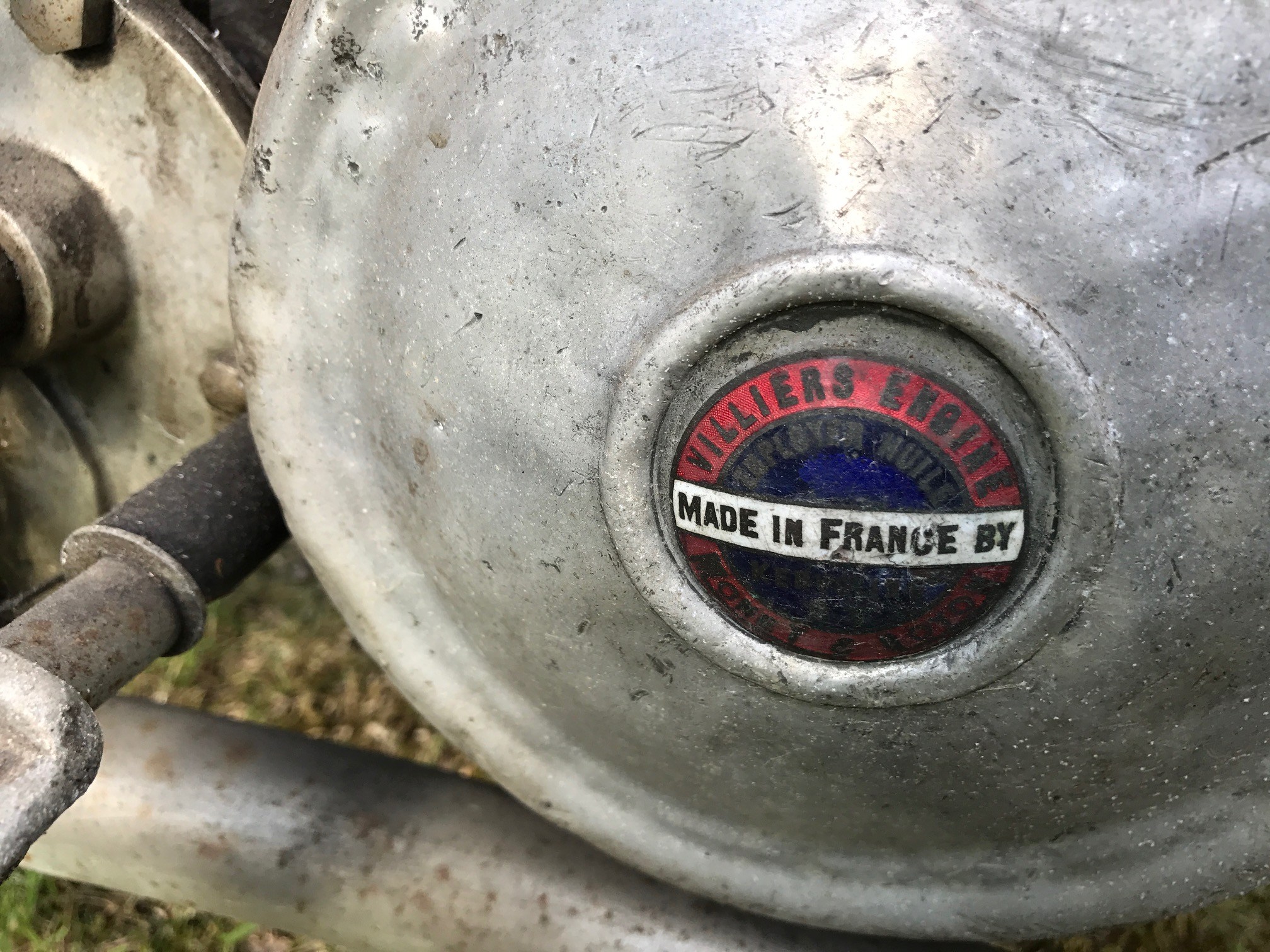 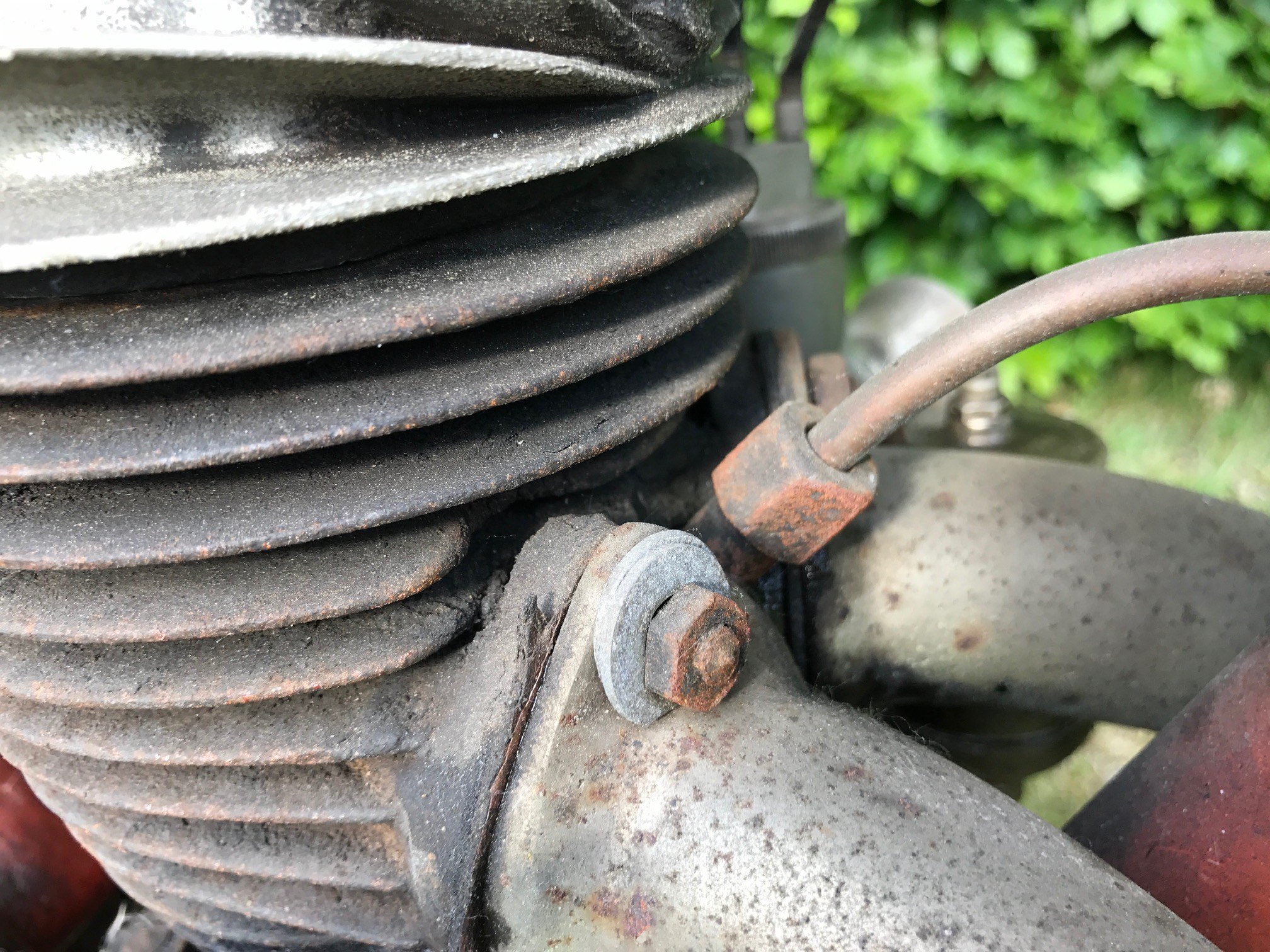 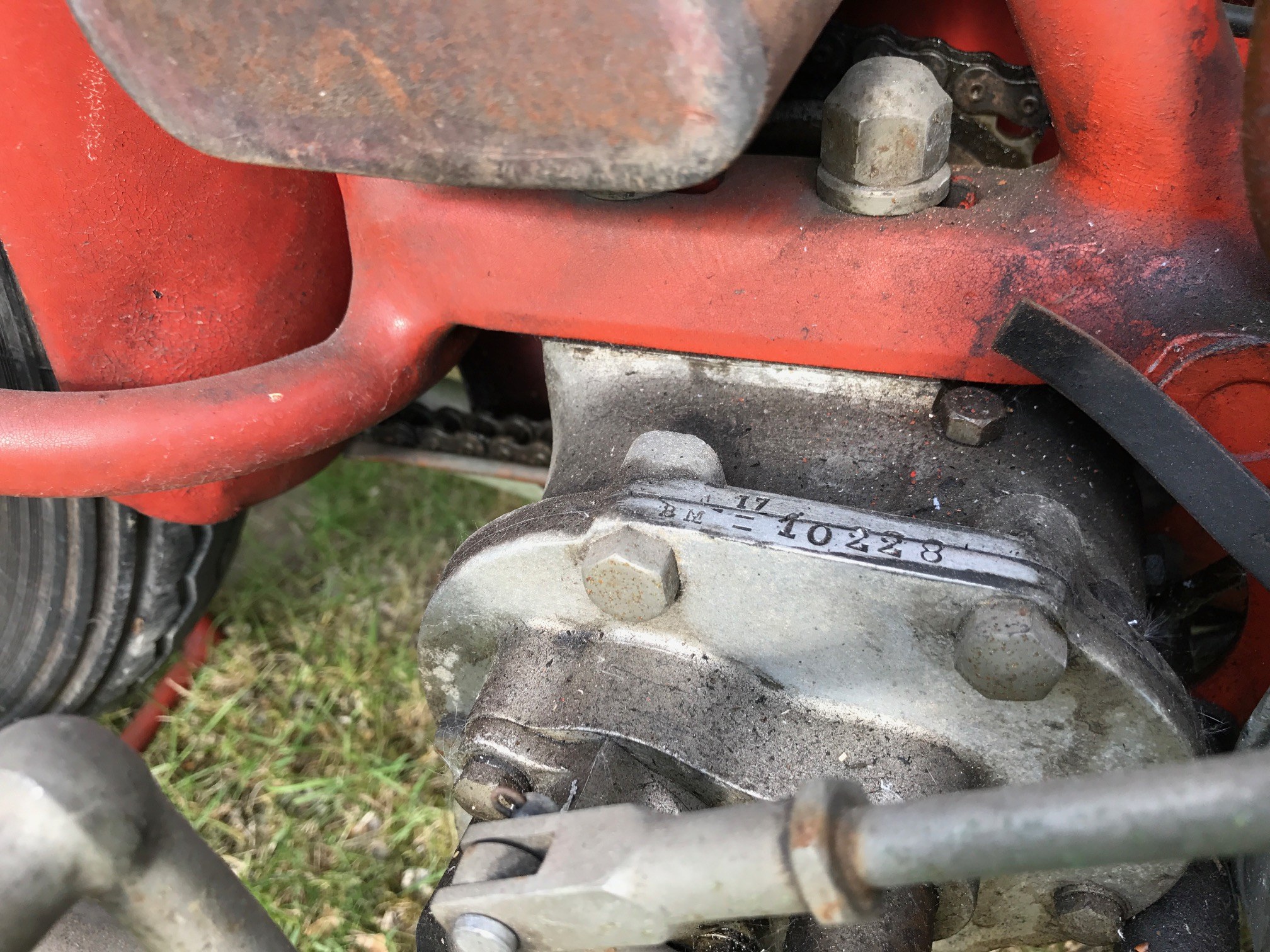 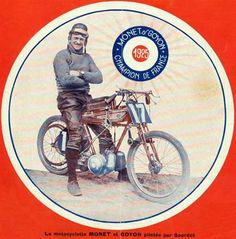