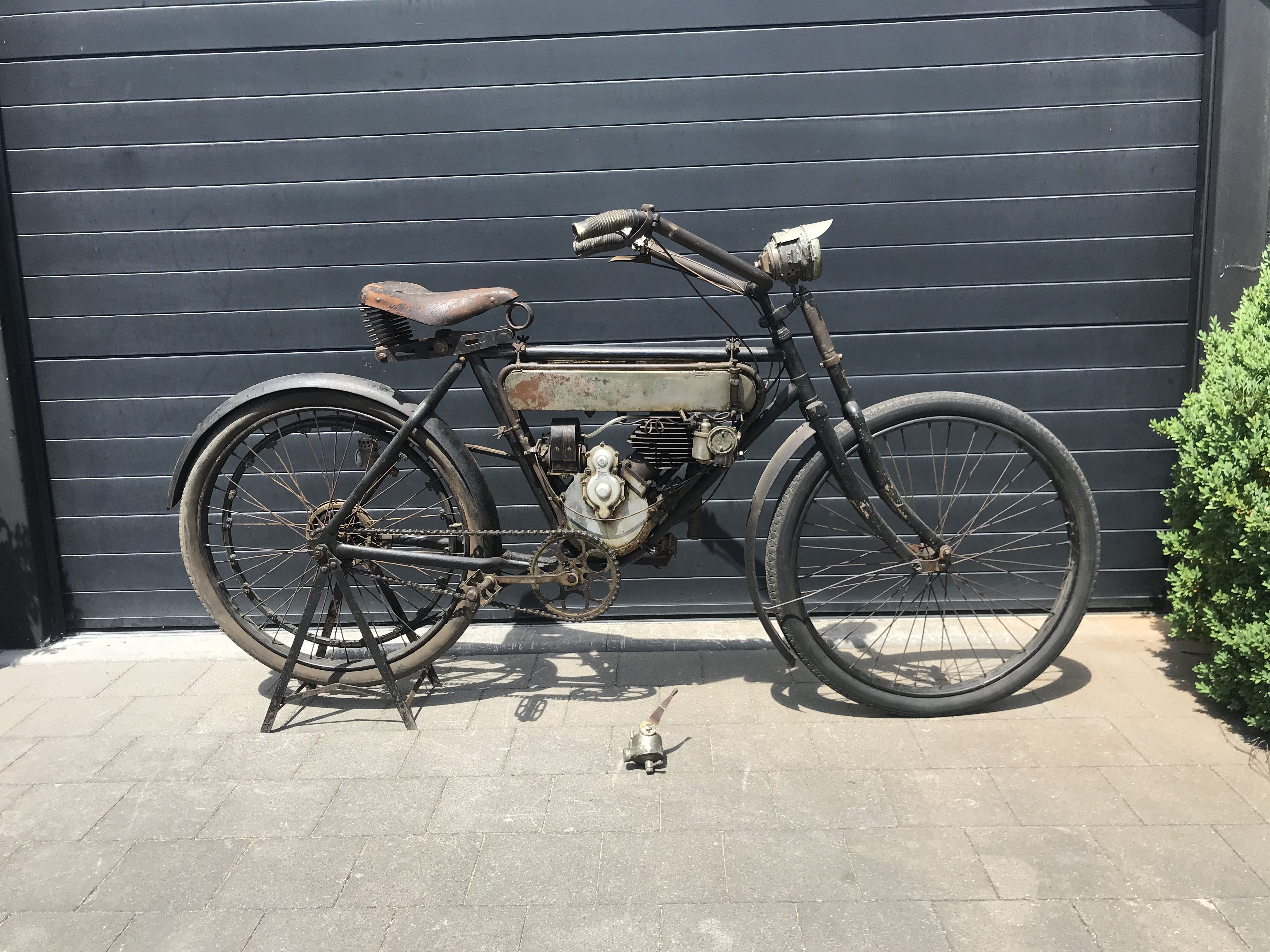 The Swiss Dufaux brothers from Geneva-Switzerland developed their first 4-stroke engine in 1899. In the early years most bicycle dealers didn't have the capital to develop their own motorbike and so they used built-in motors for bicycles a lot. For this purpose they usually used a clip-on motor that was attached to the frame with molded brackets to the crankcase. Furthermore, a petrol tank, oil system, ignition, etc. had to be added. The Dufaux brothers had a very nice solution for this. They built everything into an auxiliary frame that could be built into any bicycle frame in seconds with the help of a few fixing nuts. Hence the name moto-sacoche (bike in a bag). Motosacoche became a success and later developed many other models. Their bikes were so good that they delivered to many brands of engine blocks. This could not be done under their own name as they built motorcycles themselves but these engines were sold under the name M.A.G. Motosacoche-Acacia-Geneve. This was the address where the company was located.
The Motosacoche model A1 225cc from 1908 offered here is in nice original condition and is not built into a normal bike but into the specially made motorcycle frame by Motosacoche. There is a slightly younger carburettor on the bike but the original one is there. 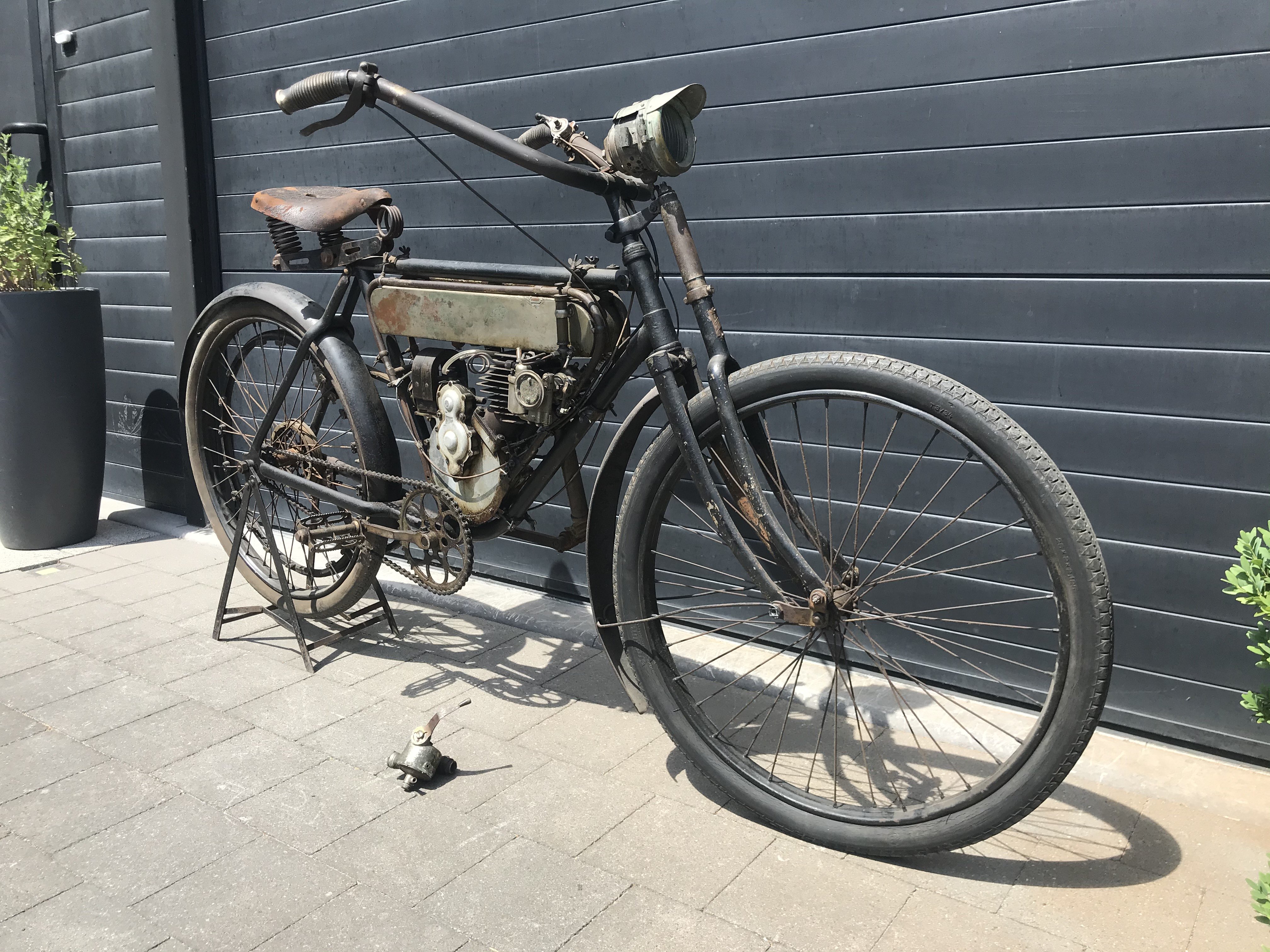 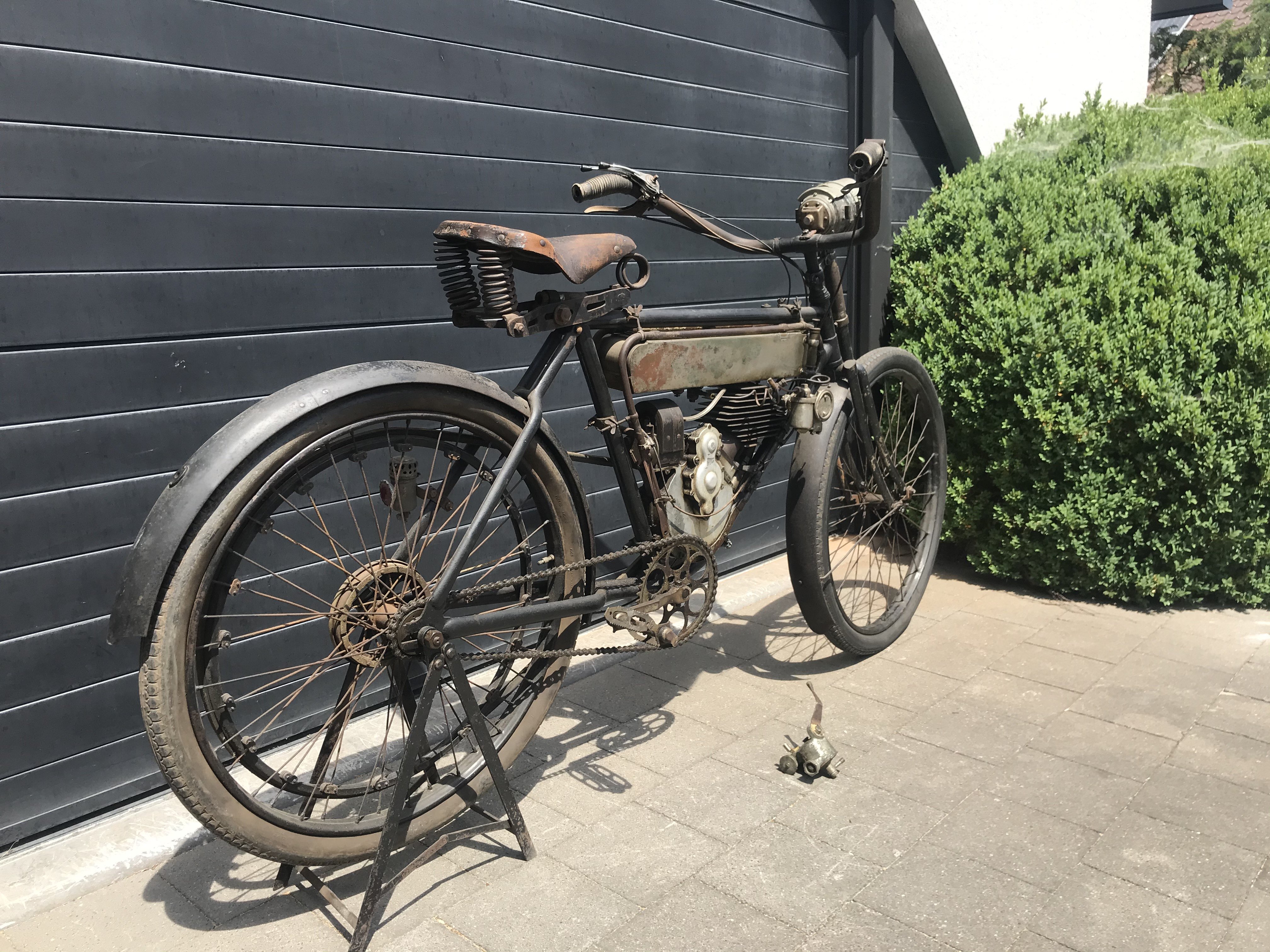 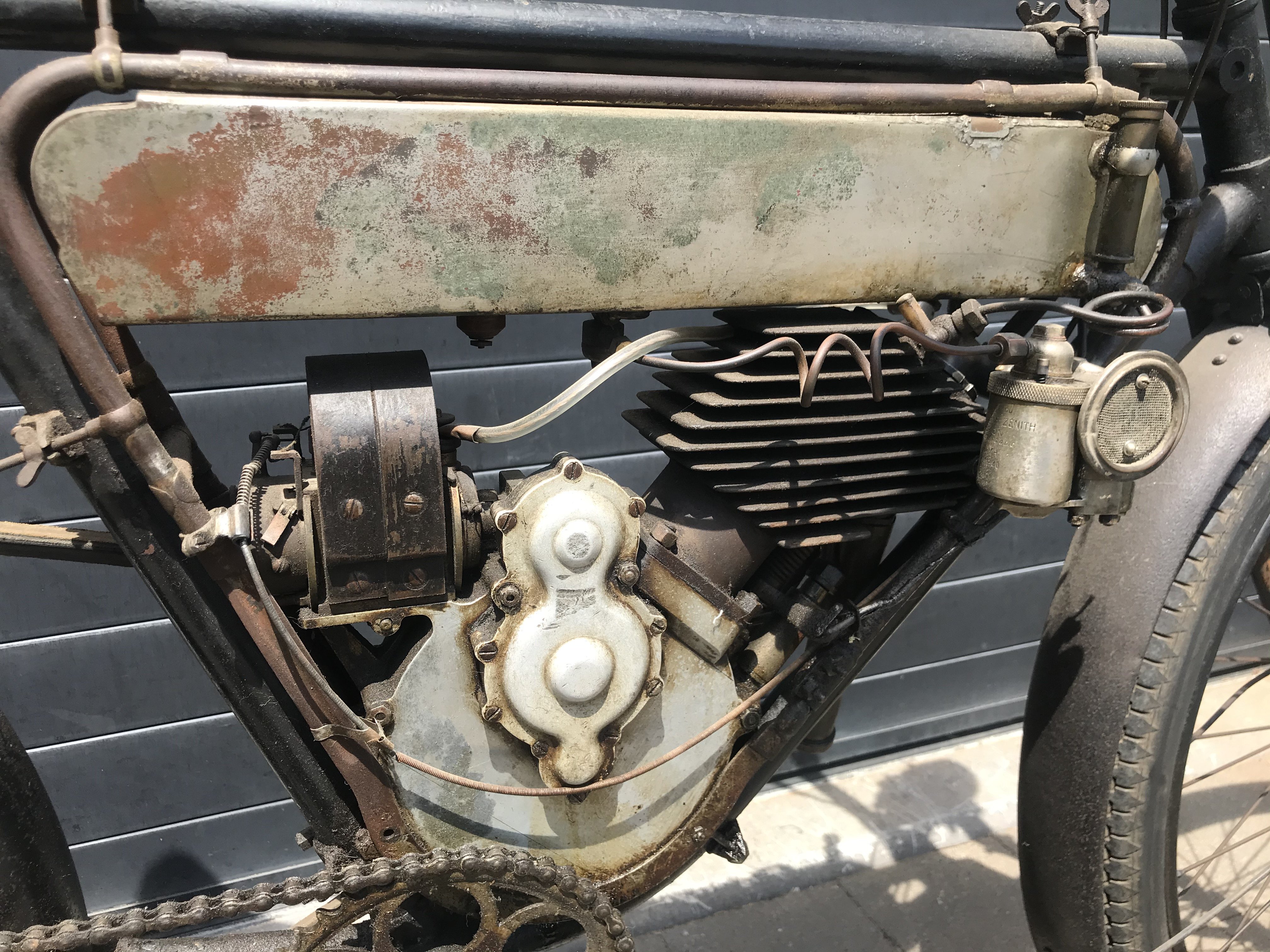 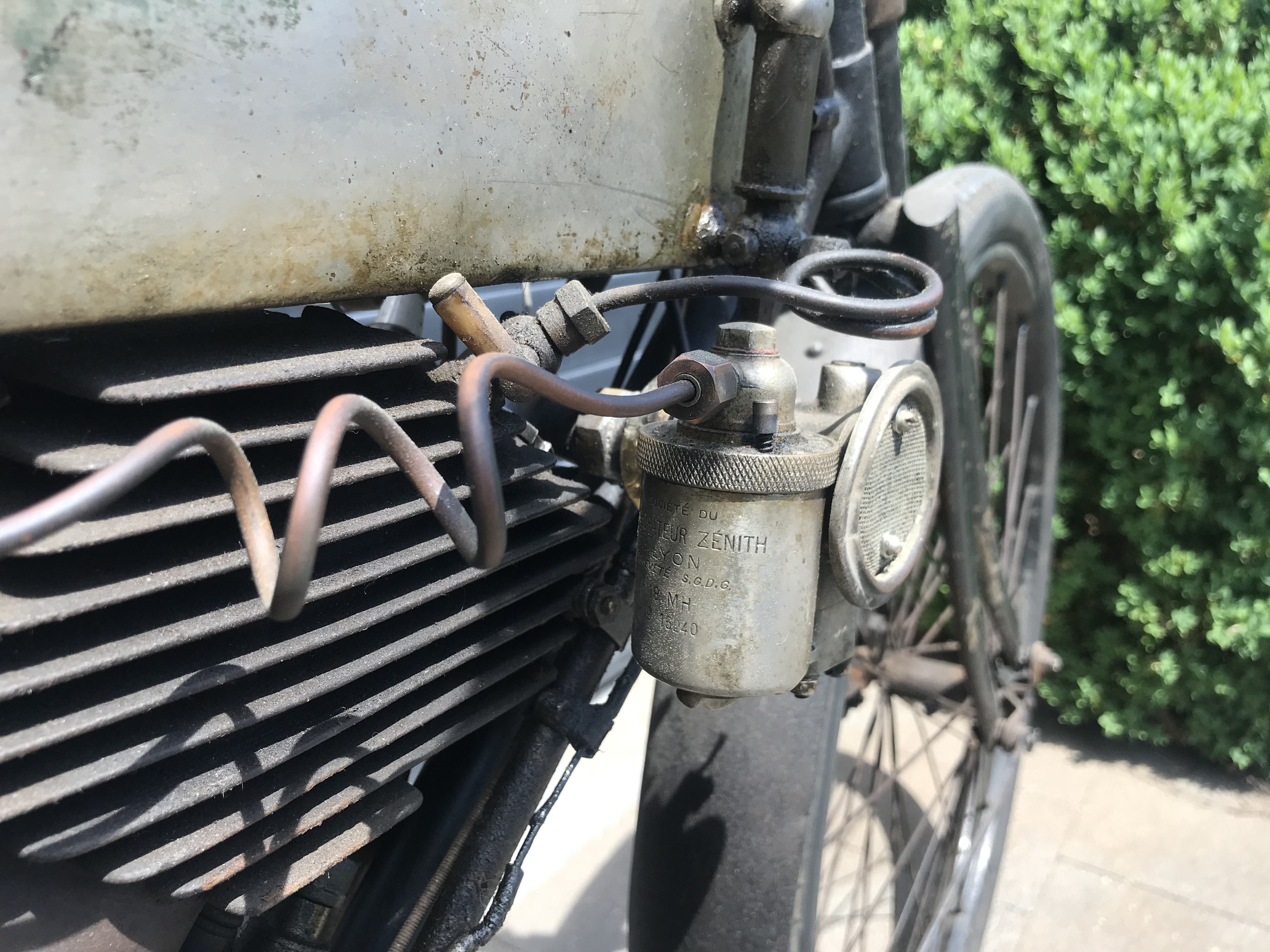 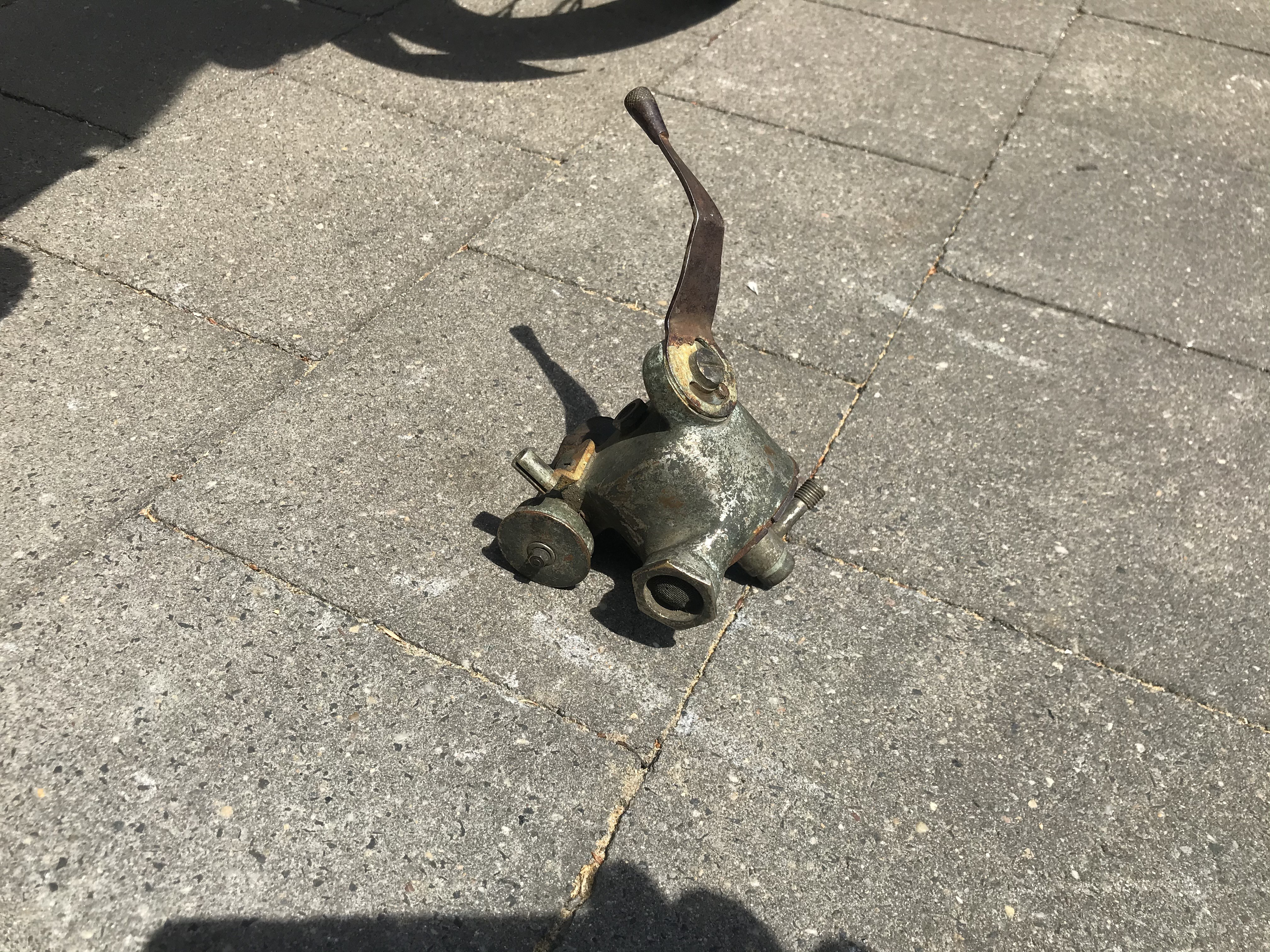 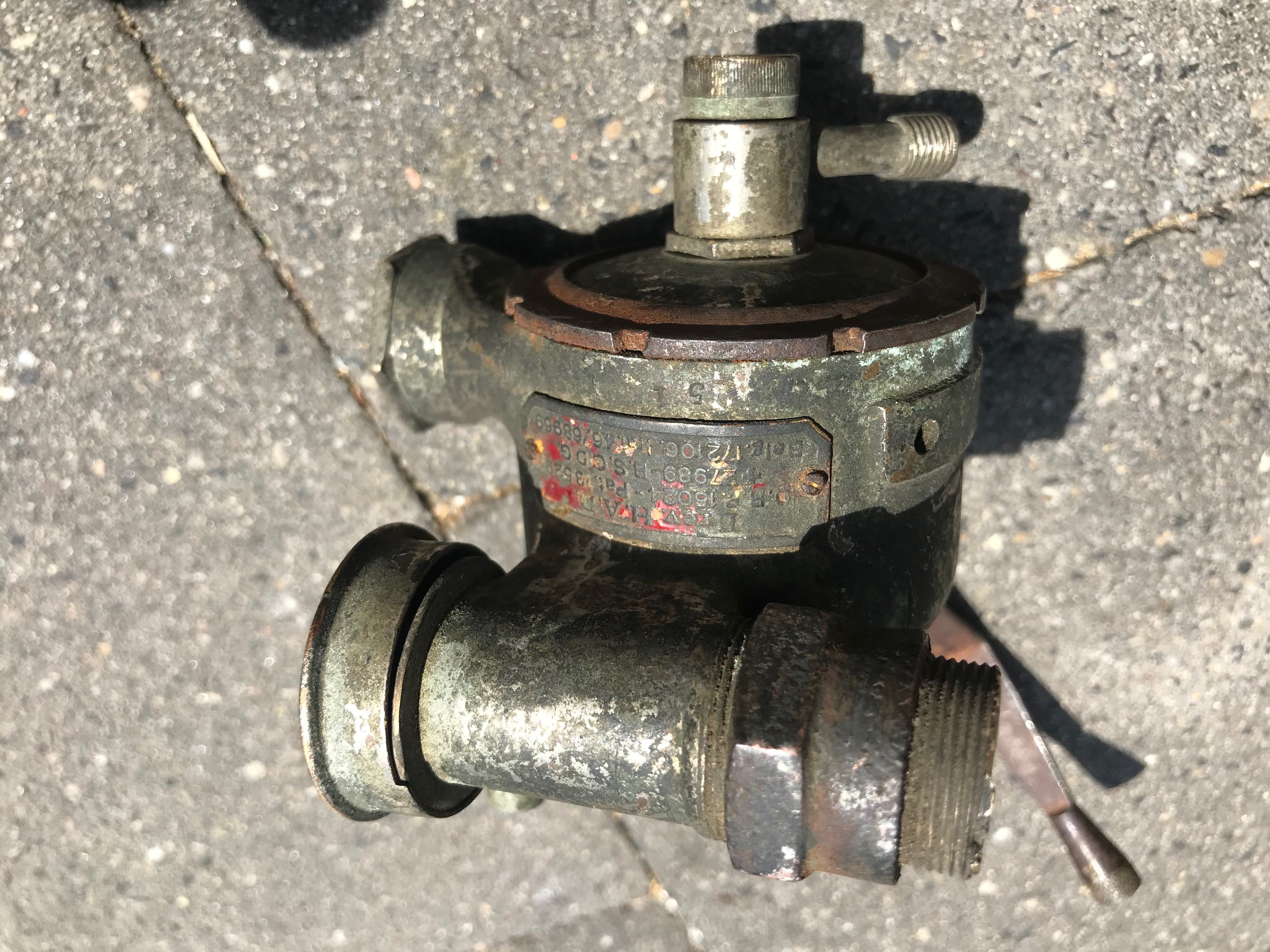 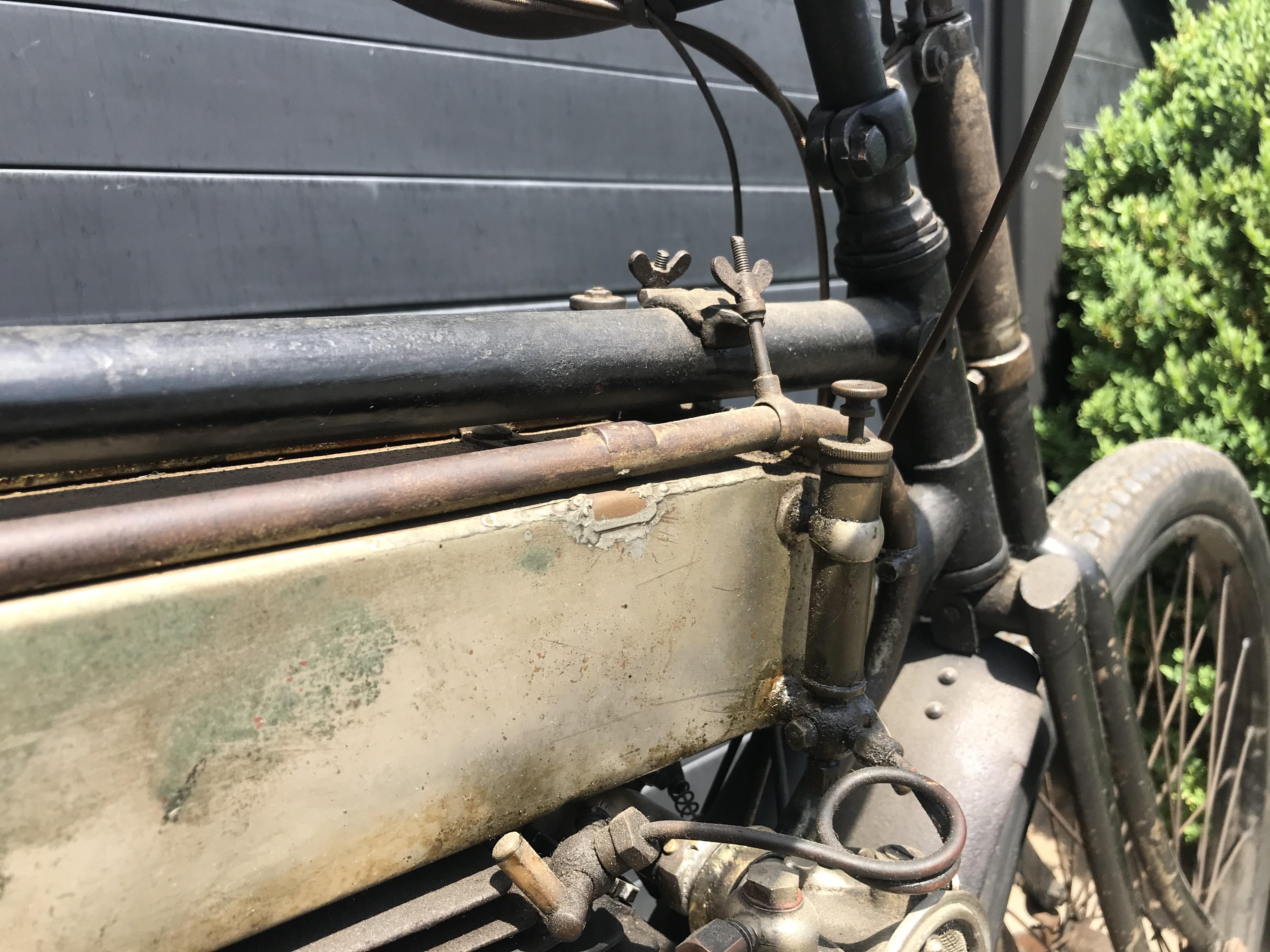 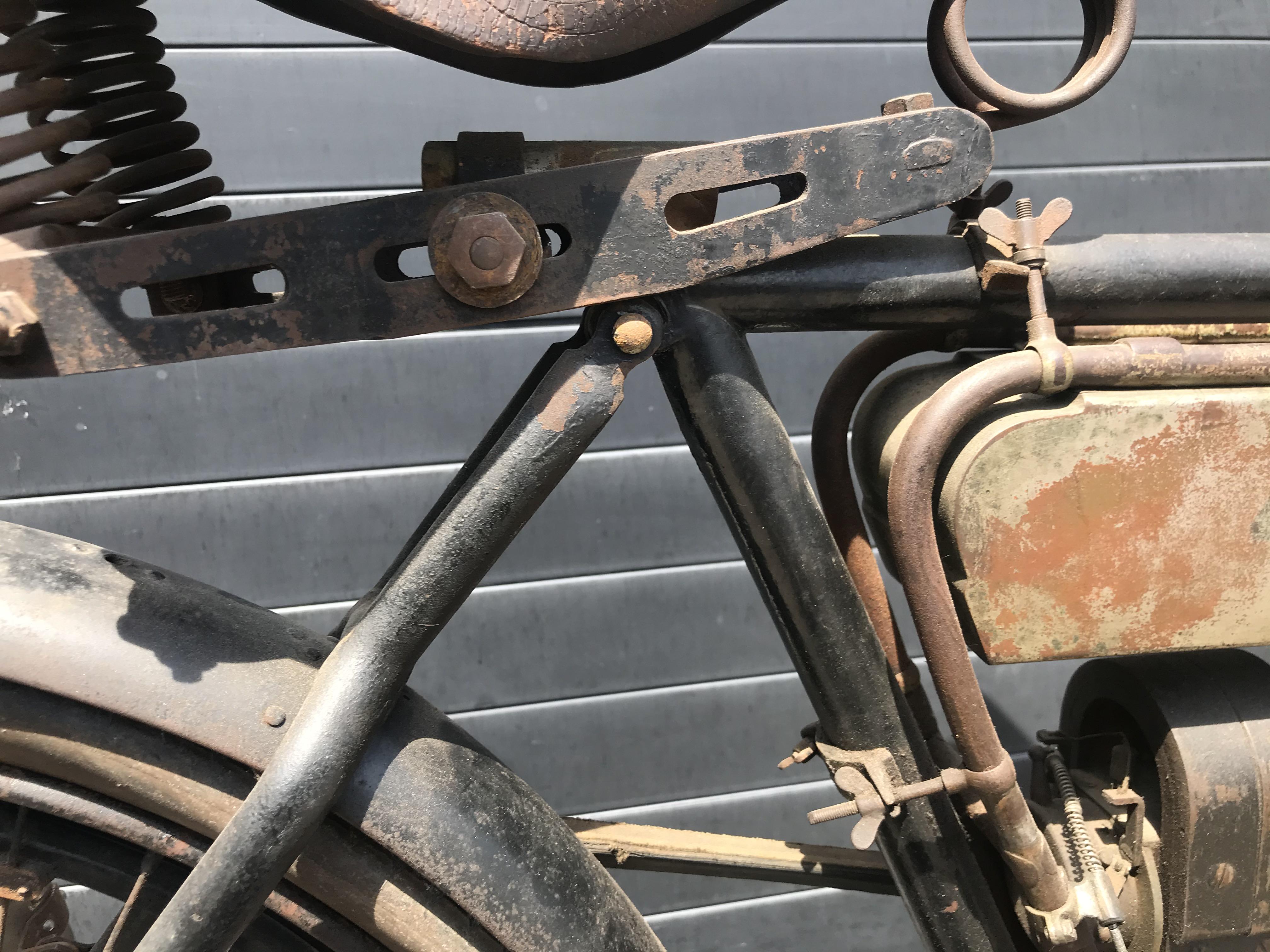 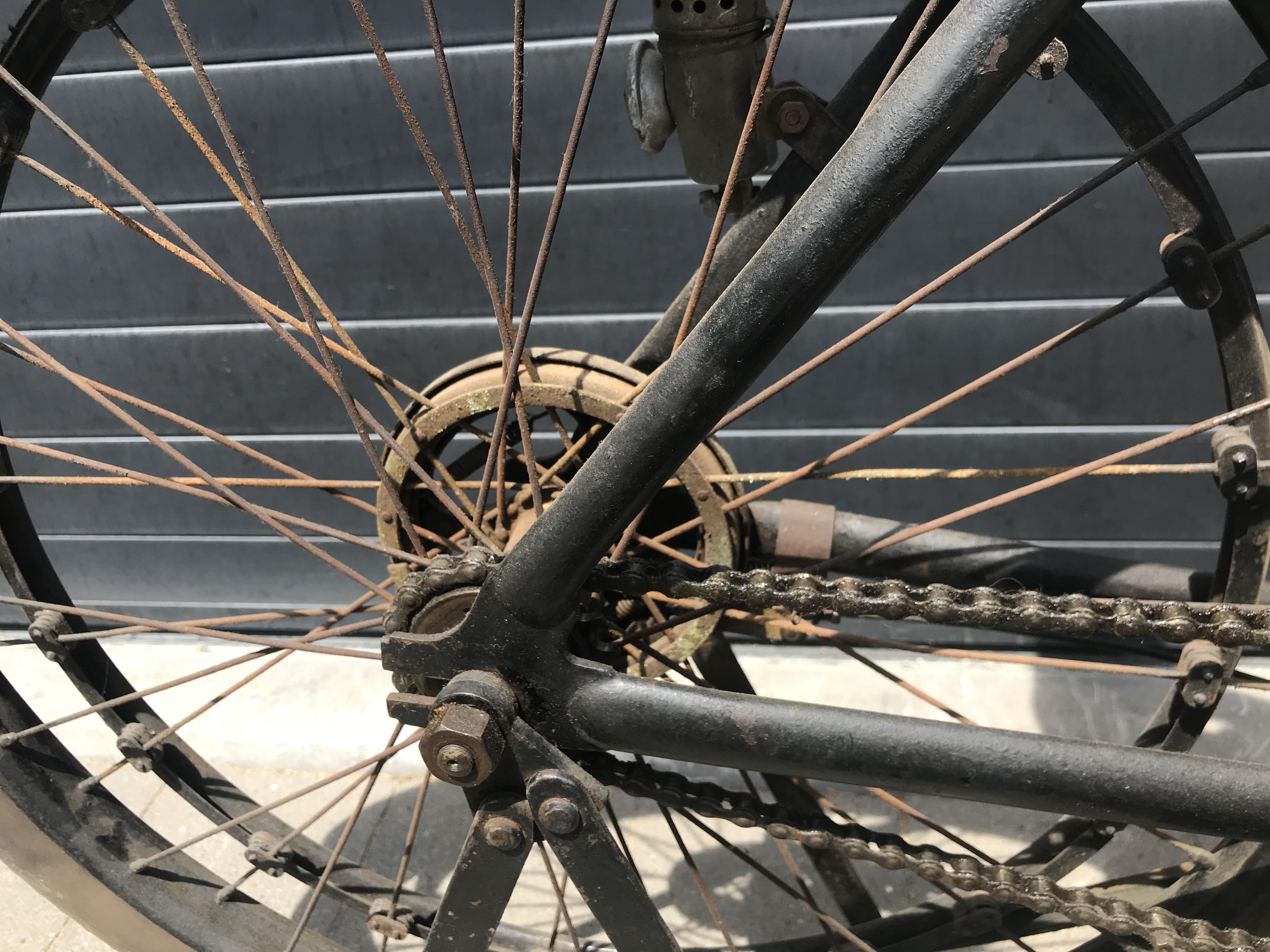 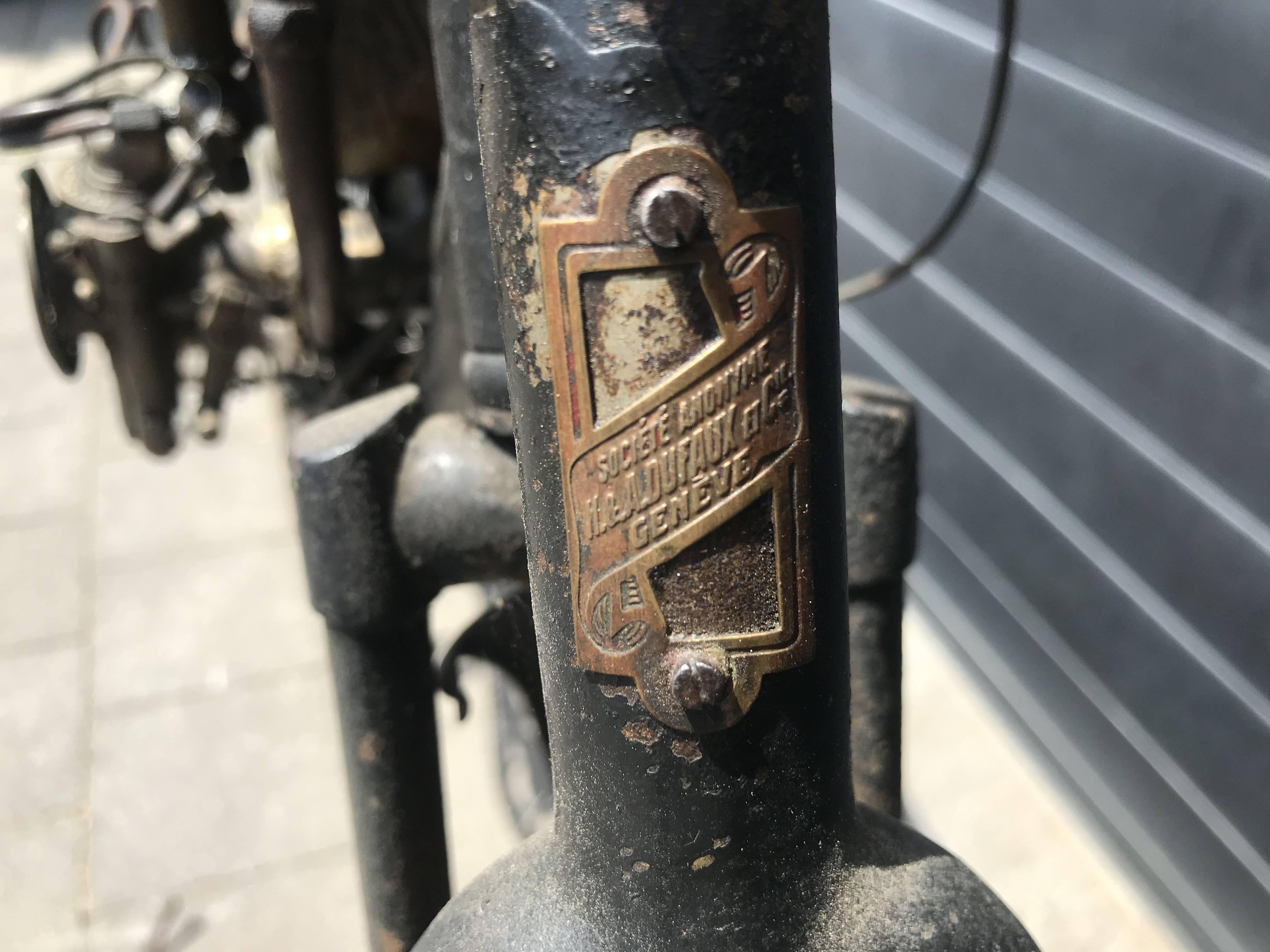 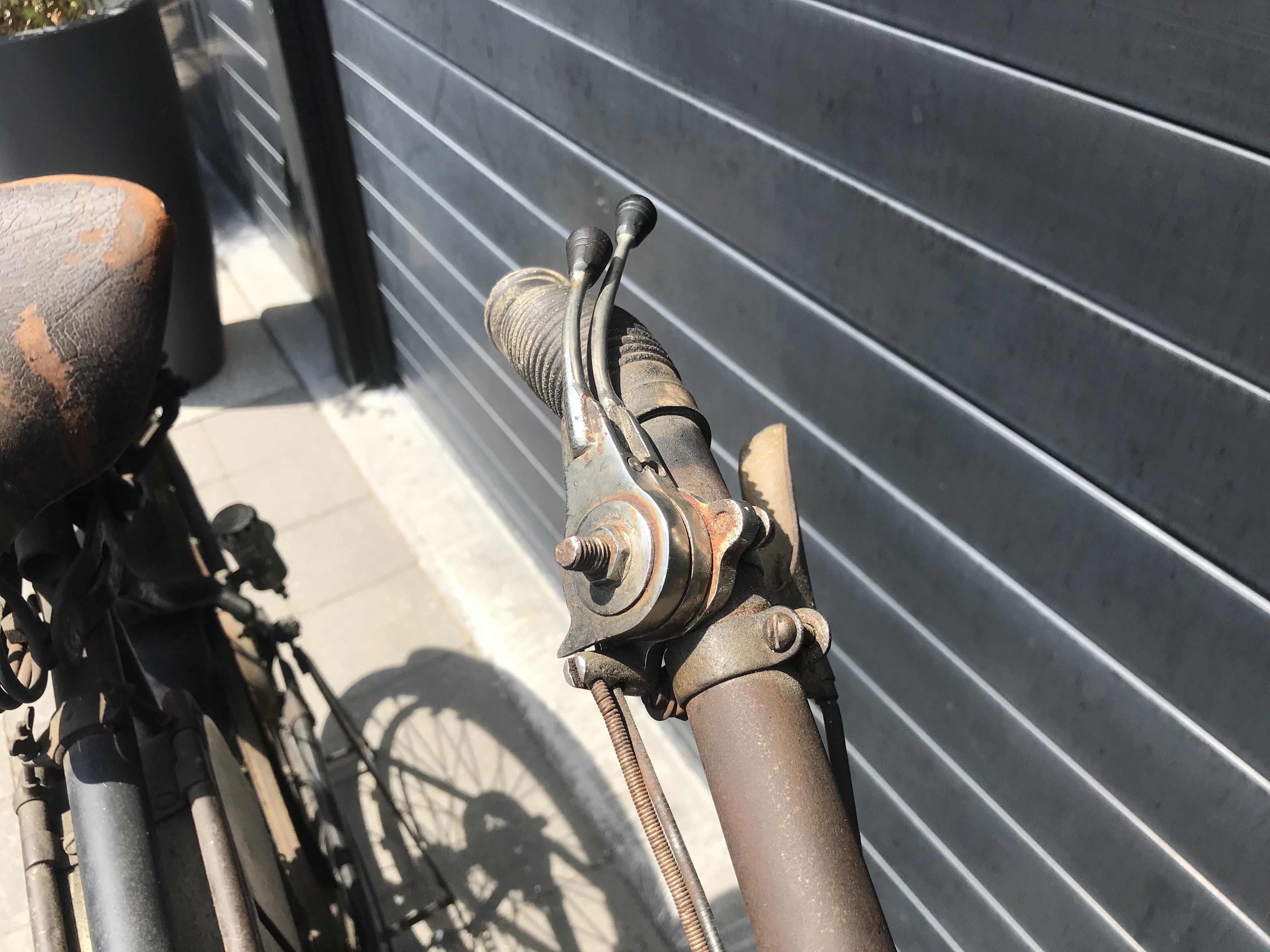 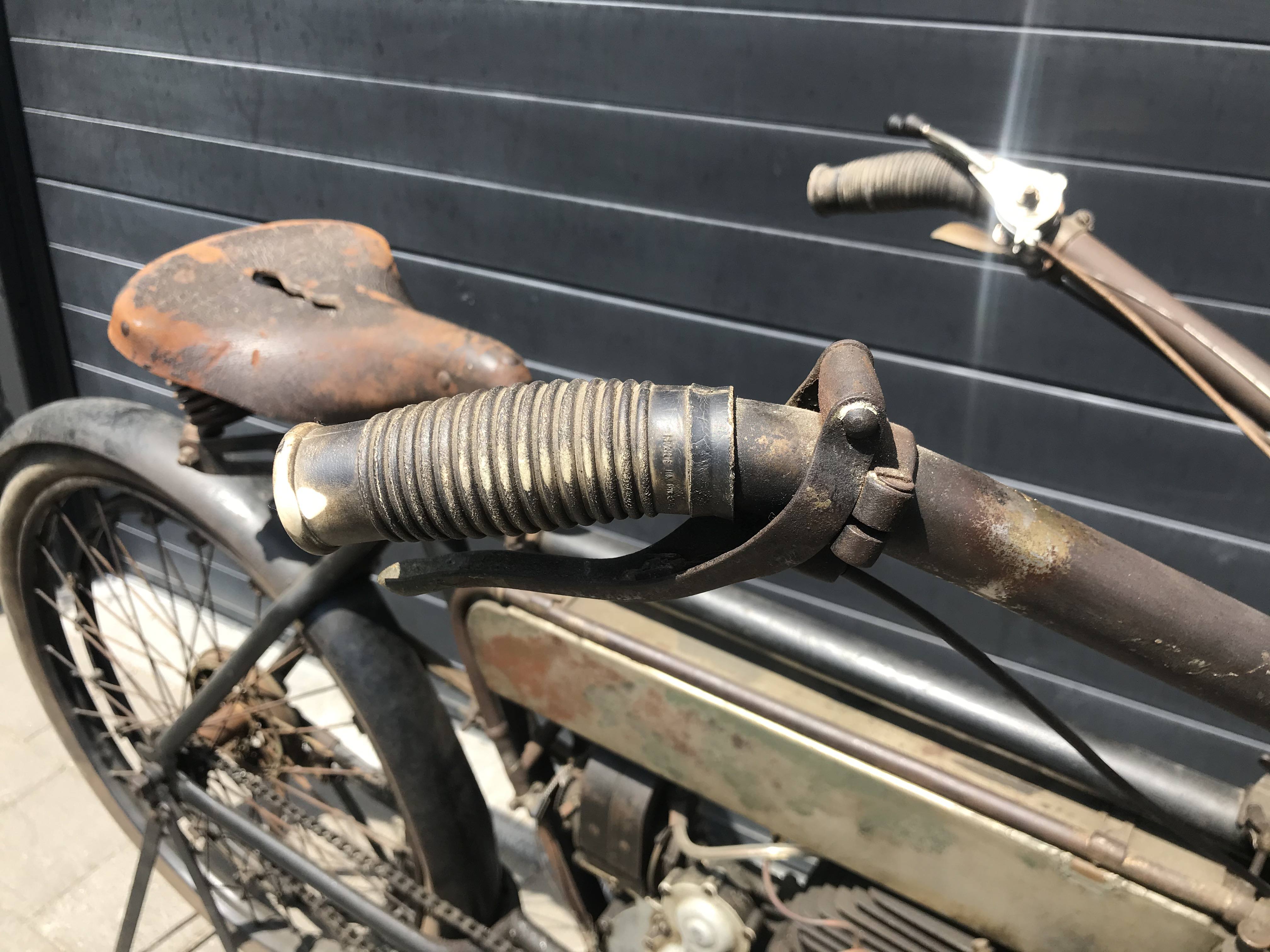 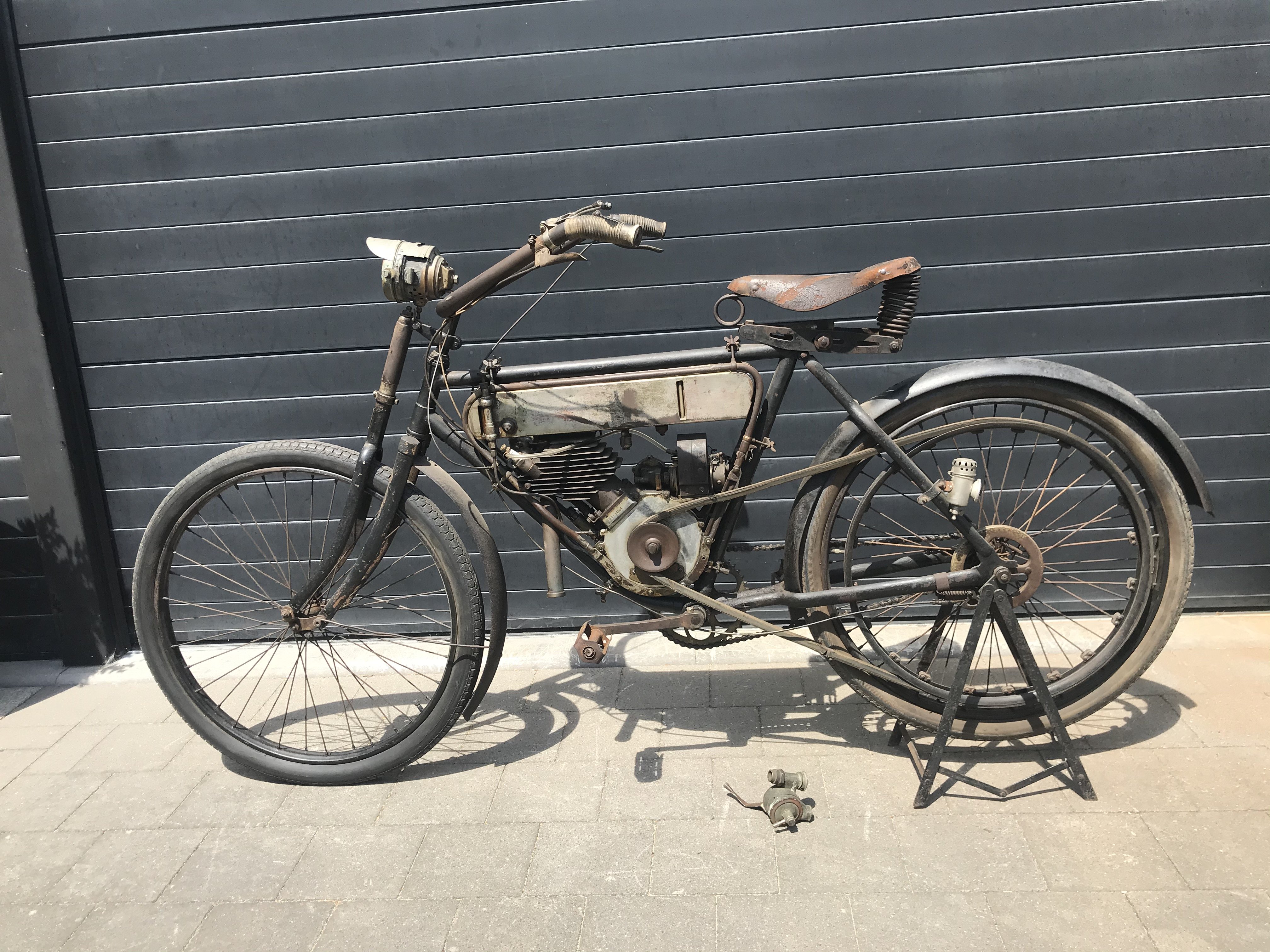 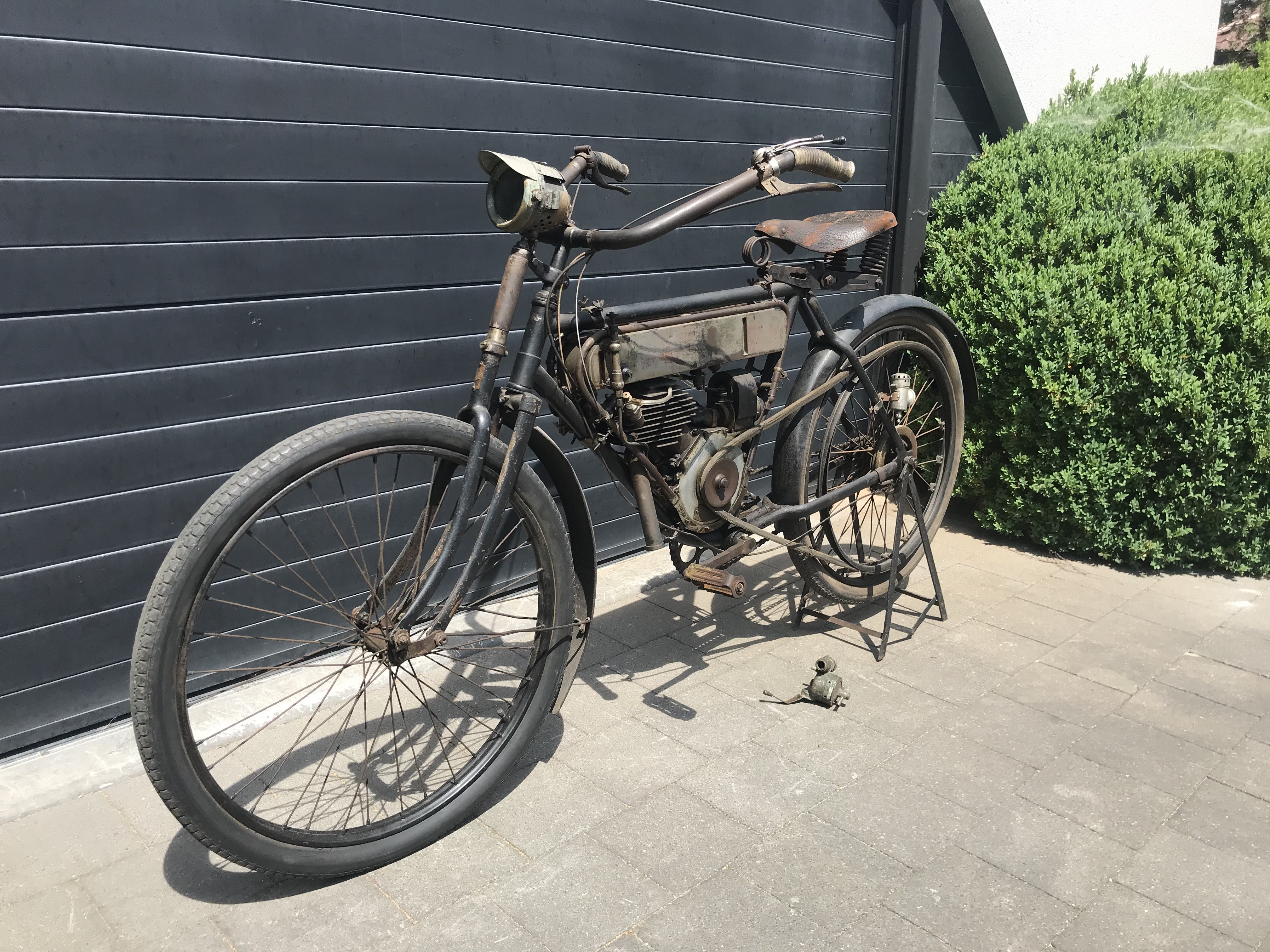 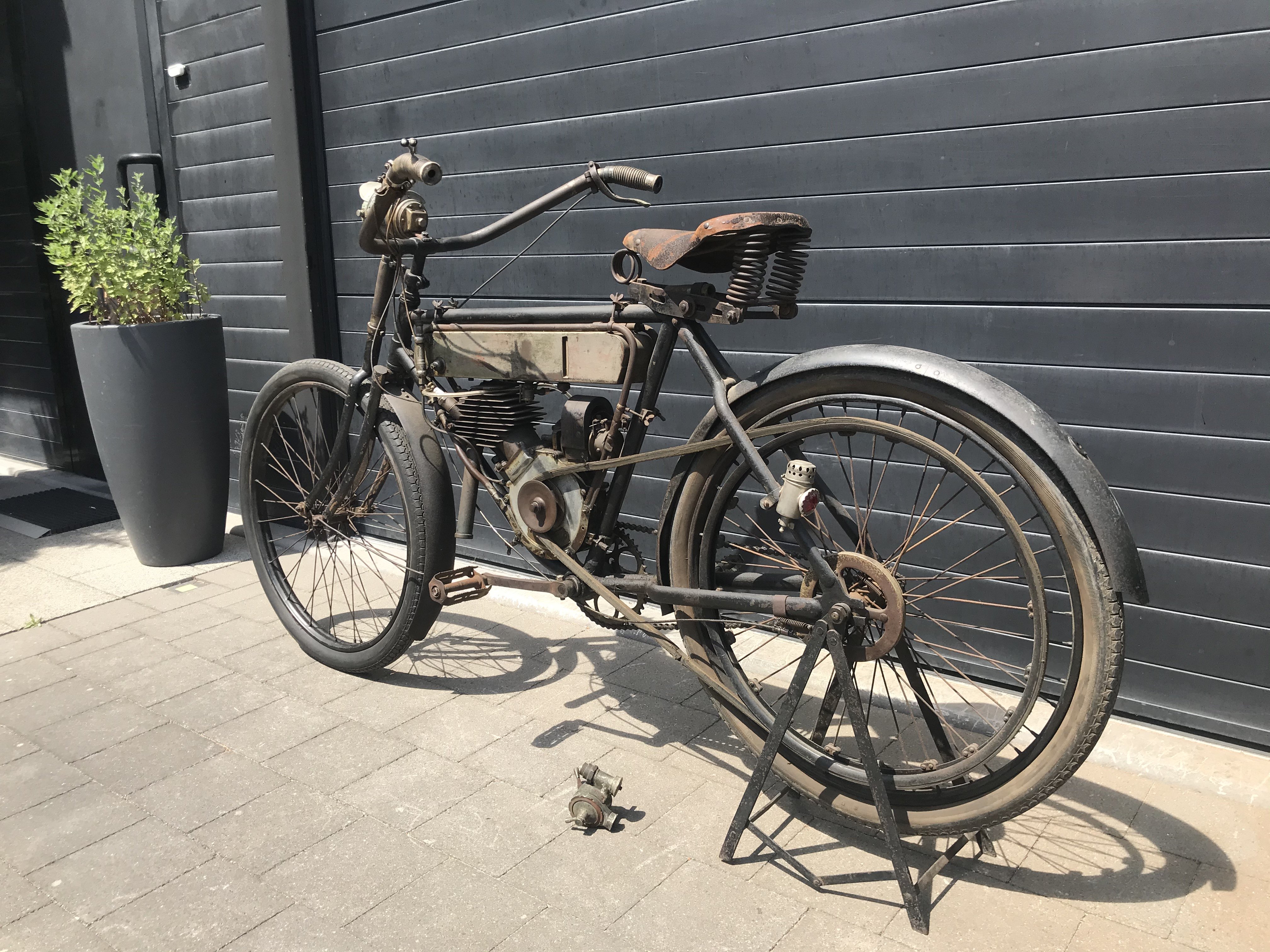 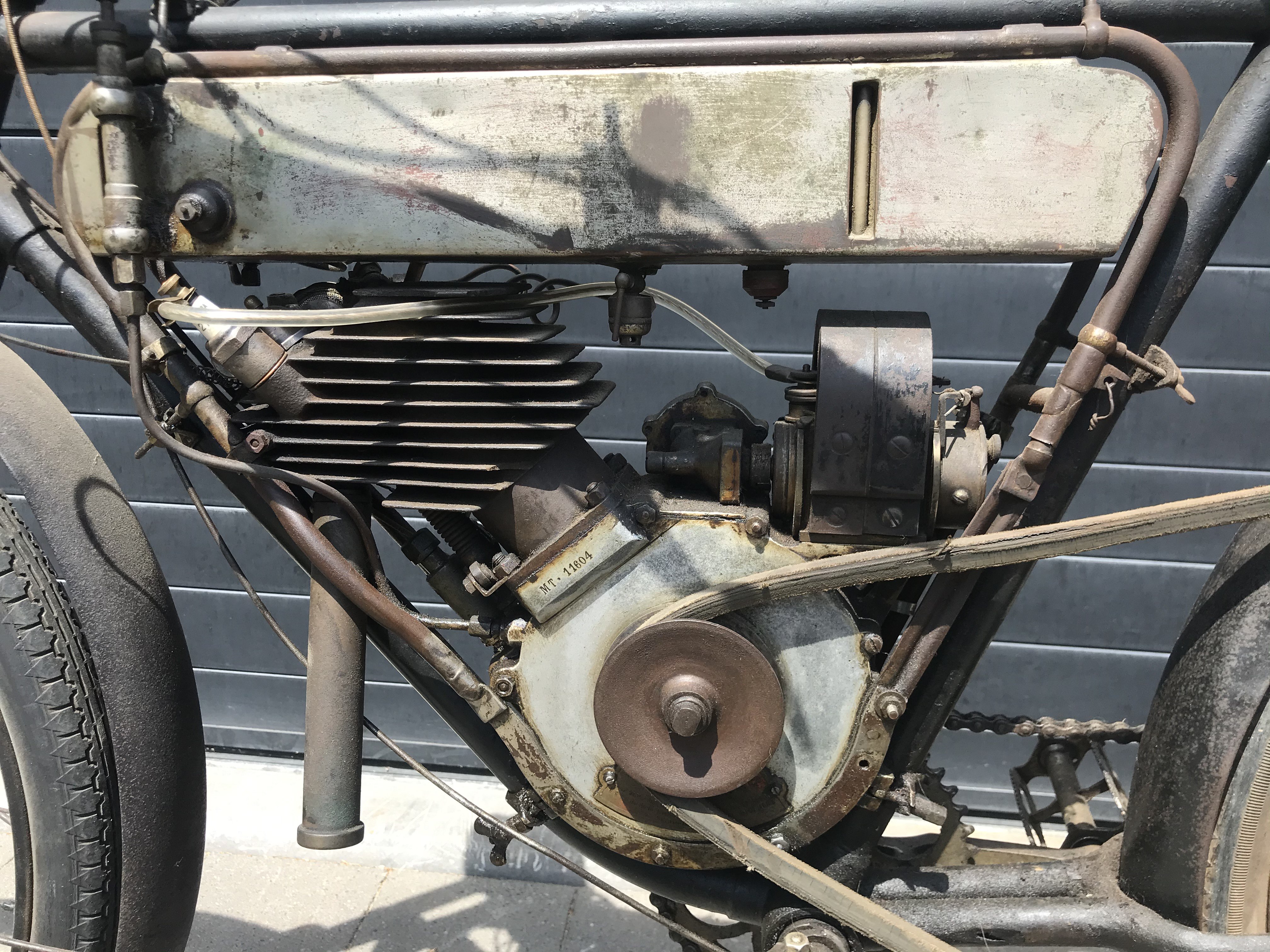 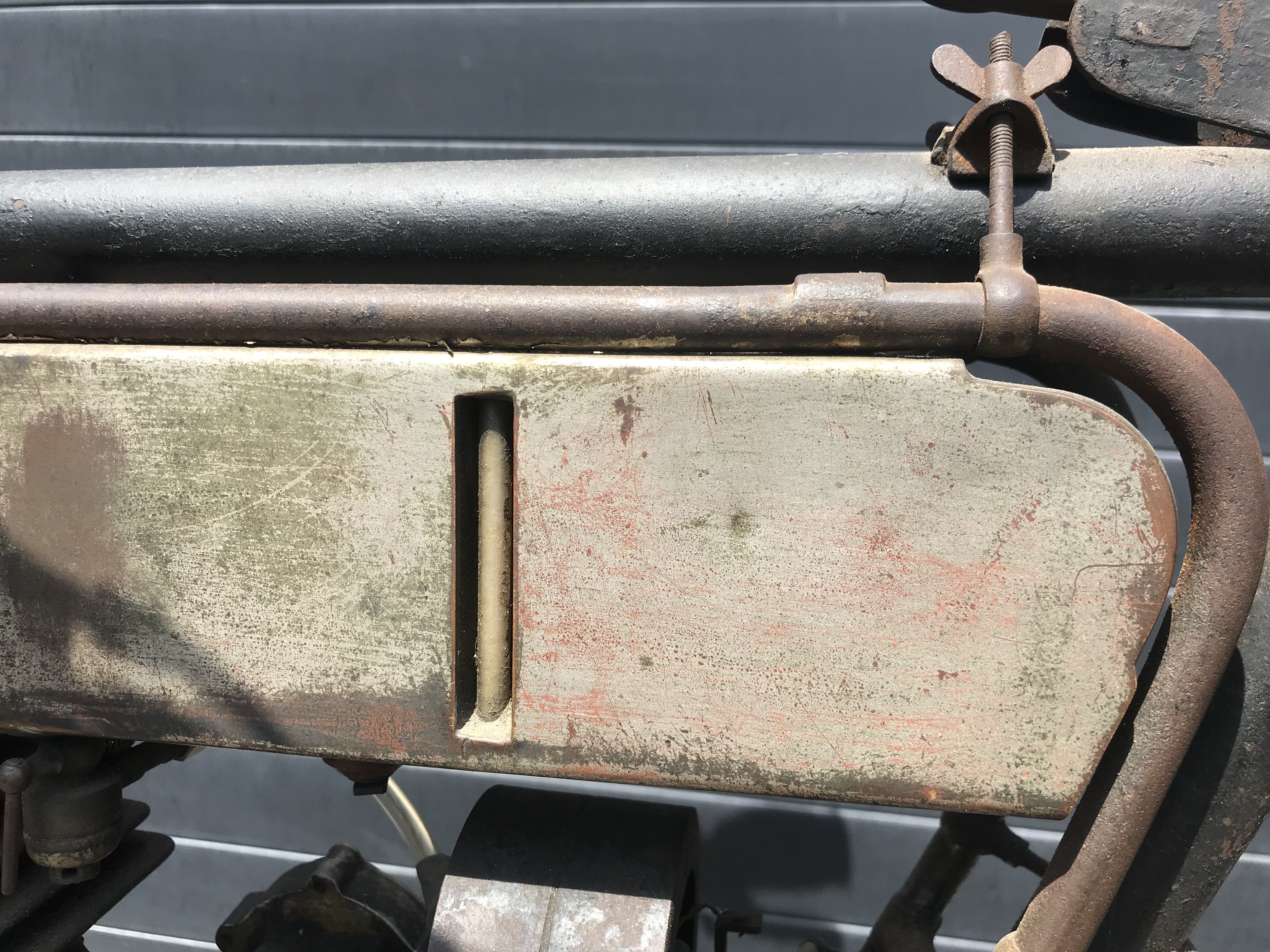 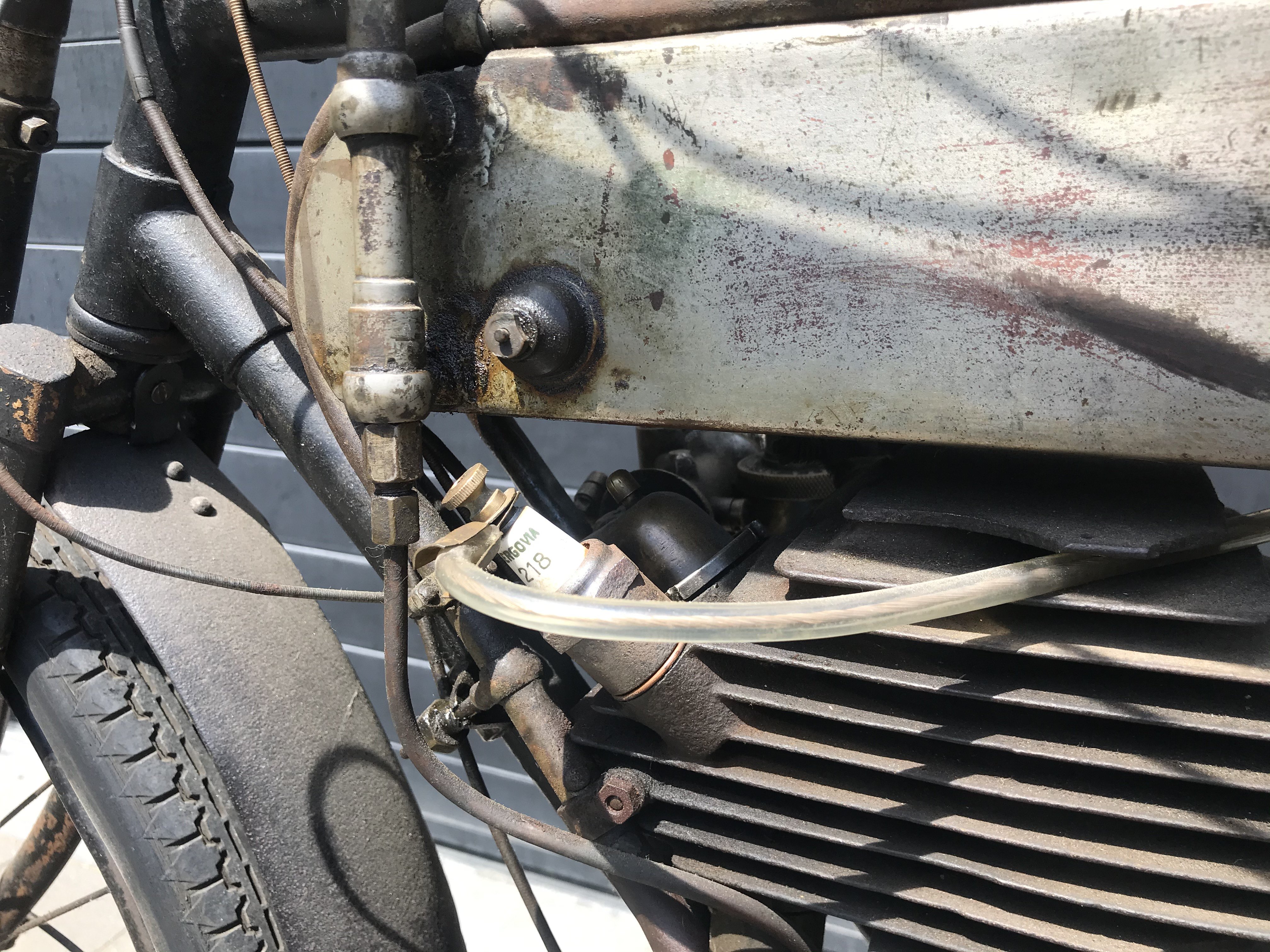 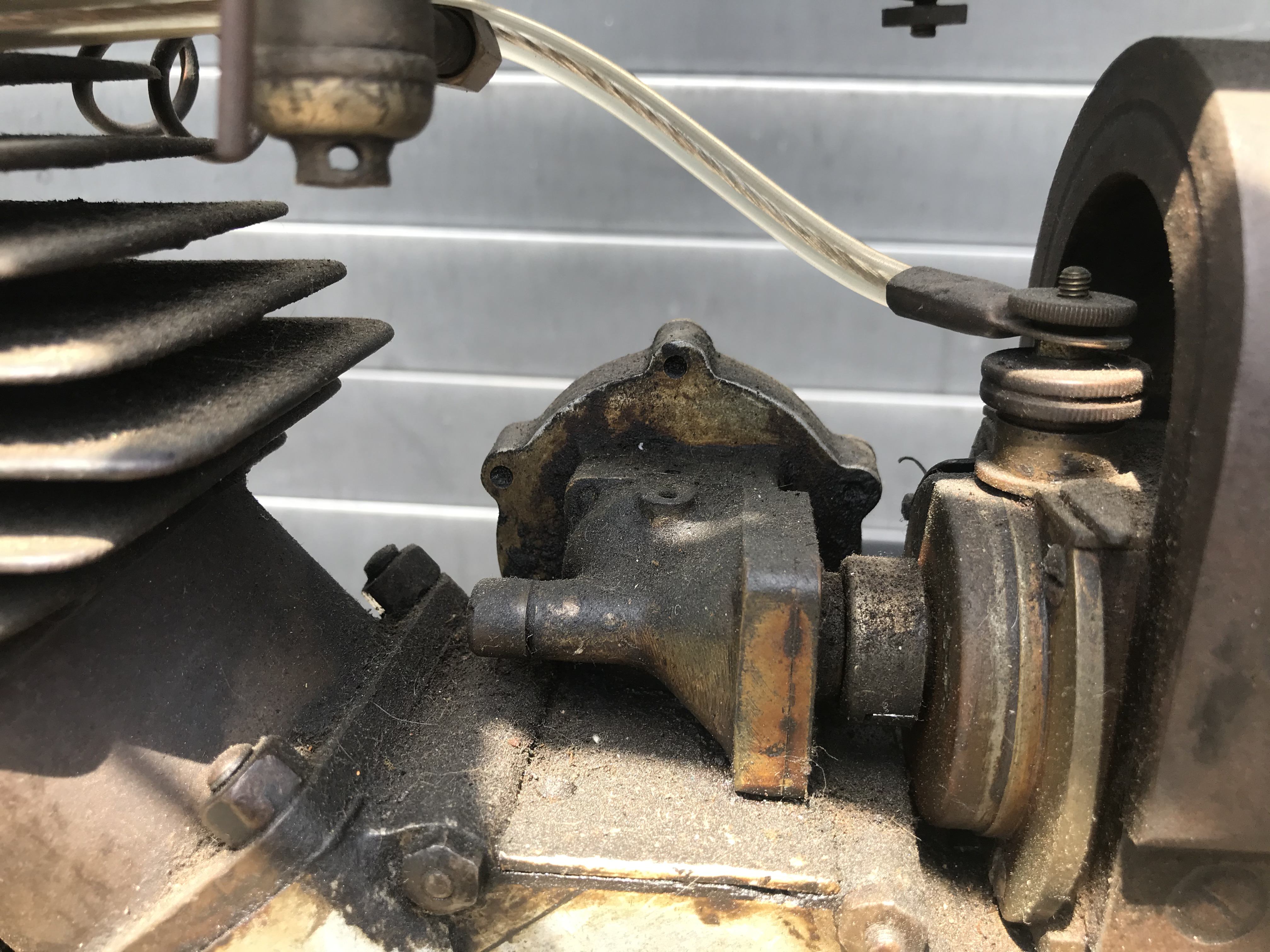 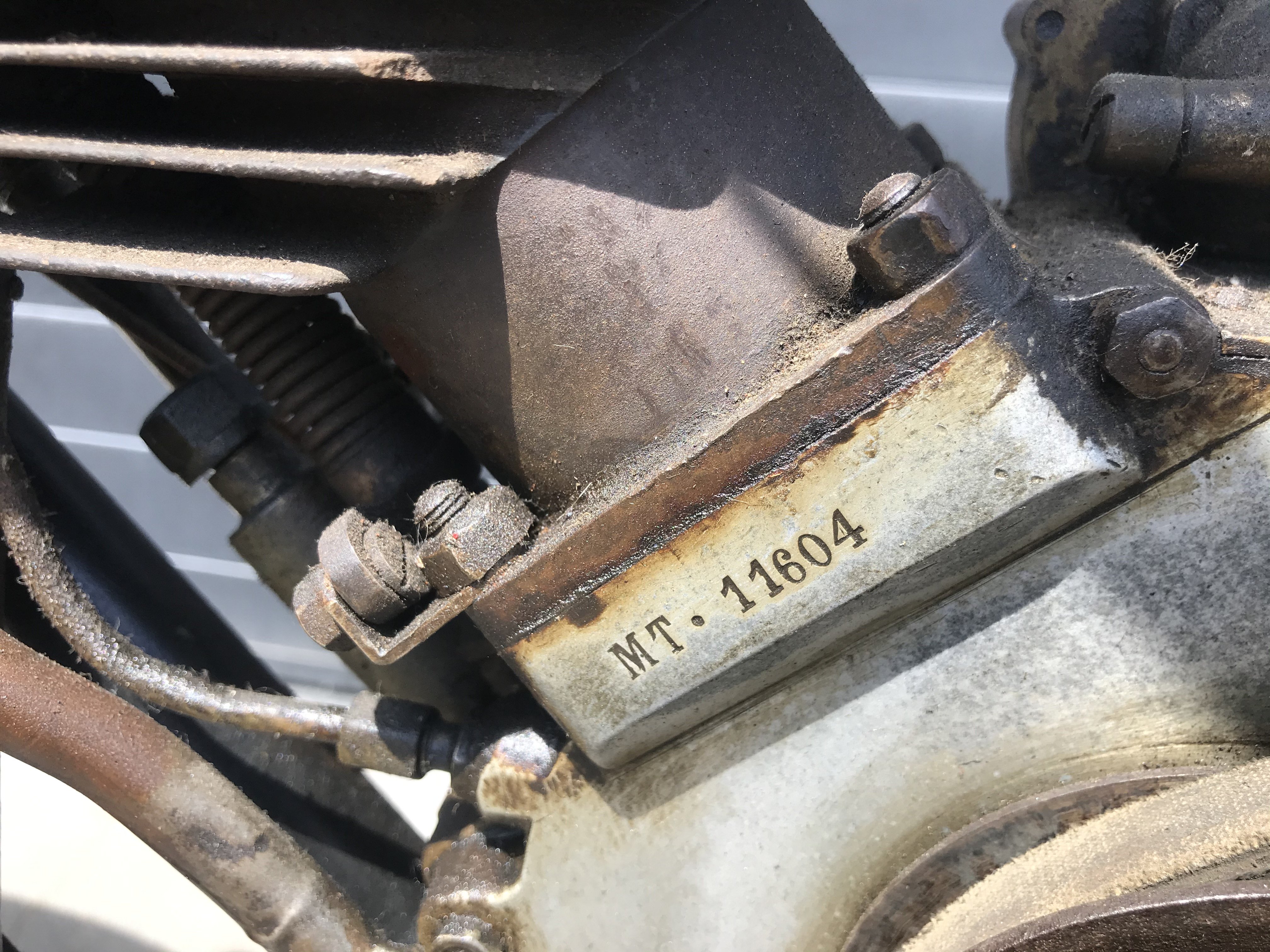 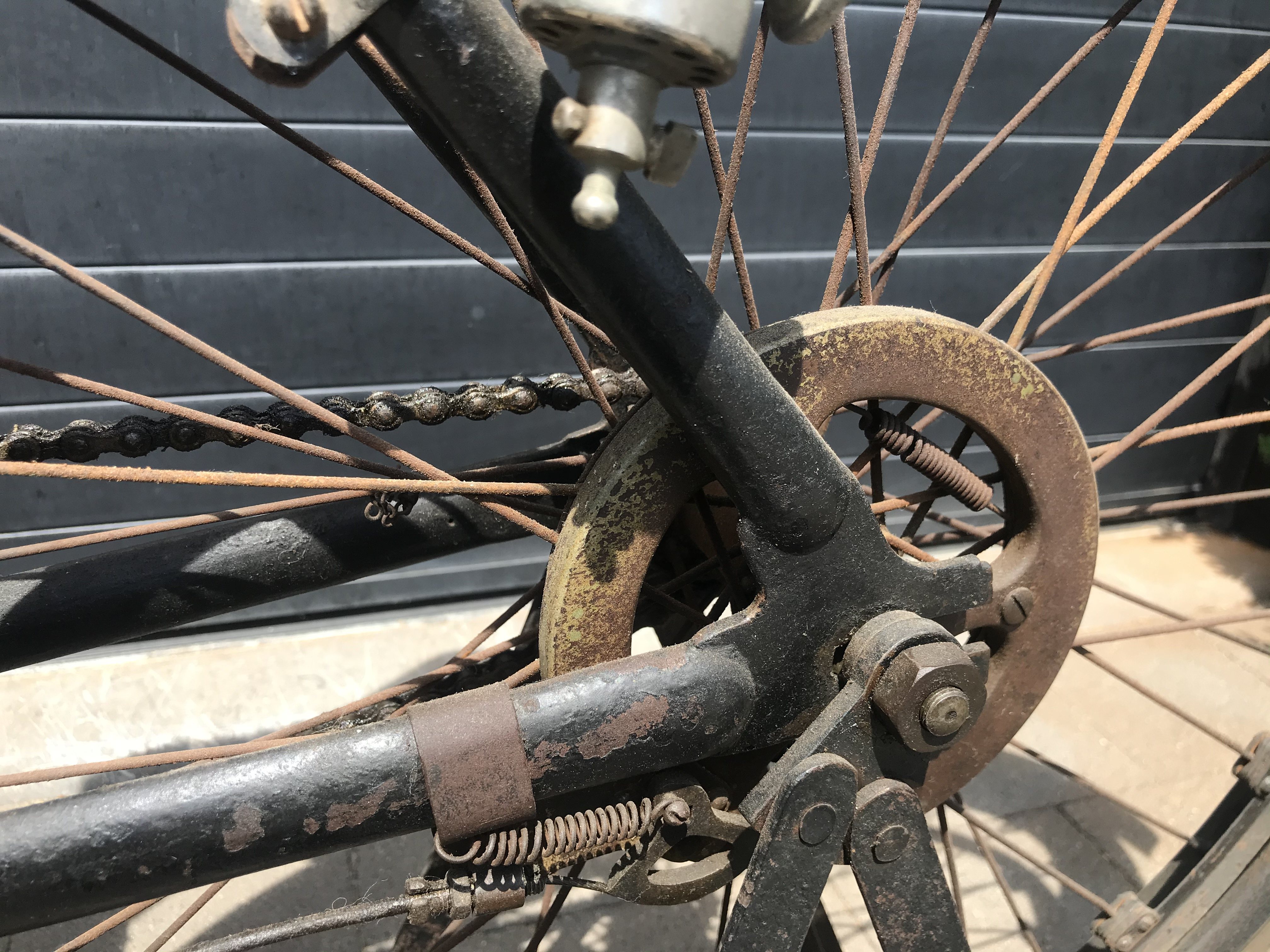 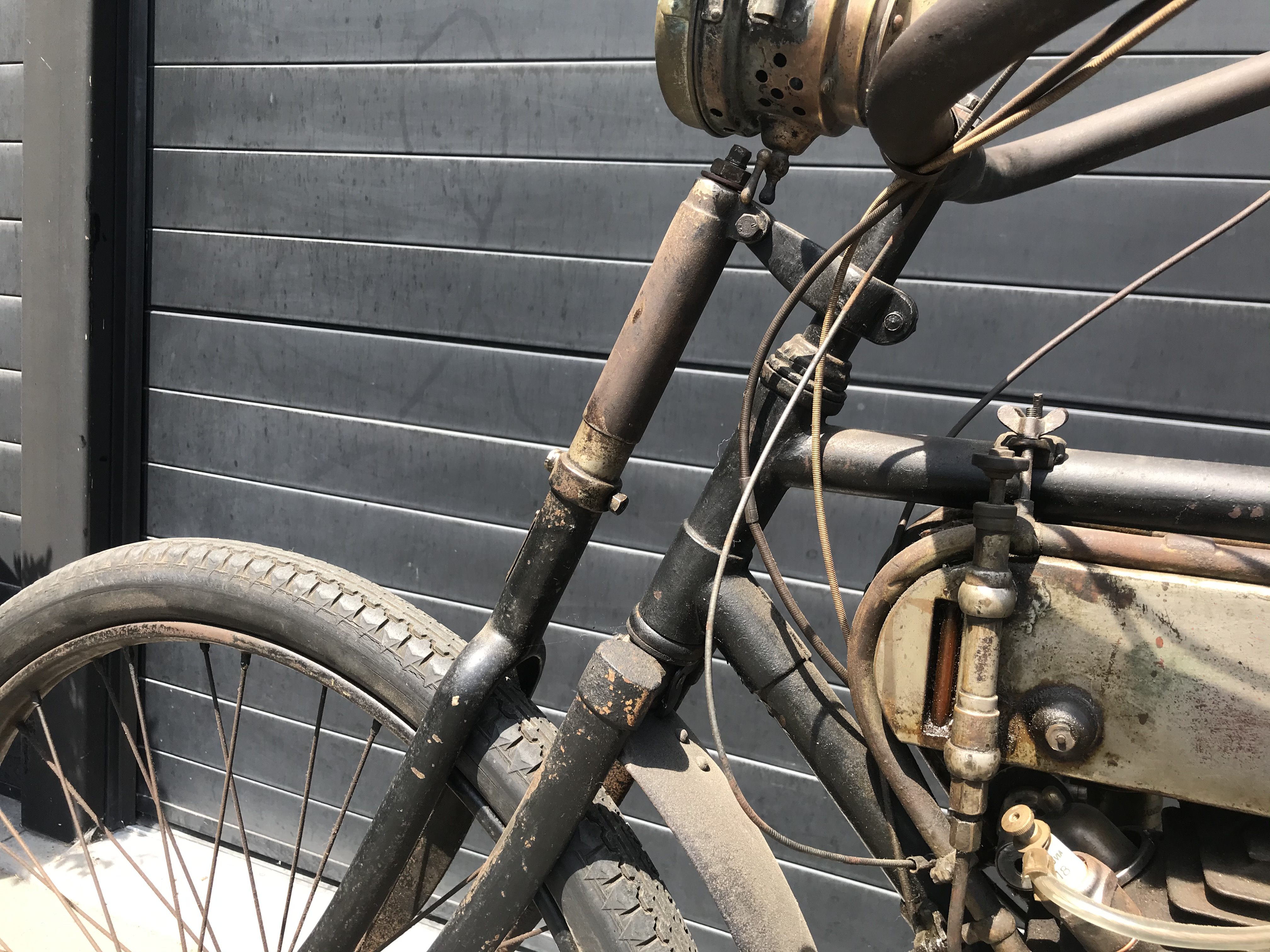