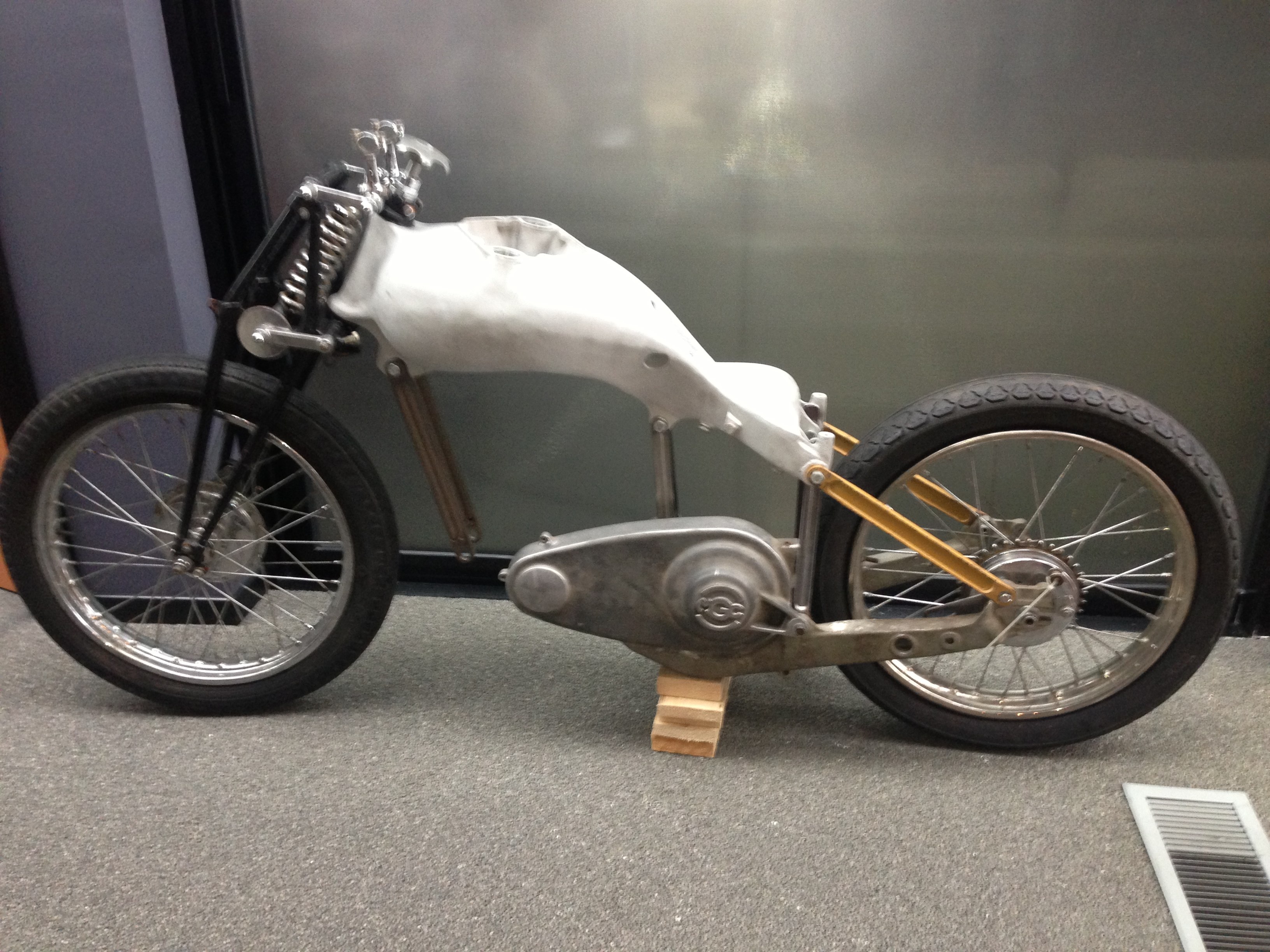 In 1928 Marcel Guiguet and his brother Joseph started the MGC motor factory in France.
The first prototype was already equipped with the cast 'Alpax' frame. This was for 1928 very revolutionary because you may not forget that the first who repeated this to an alu frame was Suzuki GSXR 750 in 1985!
These motorcycles were available with MAG, JAP and French Chaise engines in 250cc, 350cc and 500cc.
The casting techniques in early 1930 were not yet of such a high quality so that many problems arose. In the petrol tank there were cracks with leakage as a result. One could not go to any company to get these alu frames welded. Therefore, there are many of these engines disappeared. What makes that MGC is now a very rare appearance.
This was solved by Marcel Guiguet & Co (MGC) by coming out with a reinforced model in 1931. The model N3.
About 75% of the MGC motorcycles were equipped with a Brampton fork and a 3-speed Burman gearbox. On request you could build in other models.
In 1934 the sales ran back and they have a 600cc 4 cylinder released for the army. After the war MGC did not start building motorcycles again.
This frame comes from the inventory of the old factory. The original labels still hang on some parts.
Price is without wheels and fork. 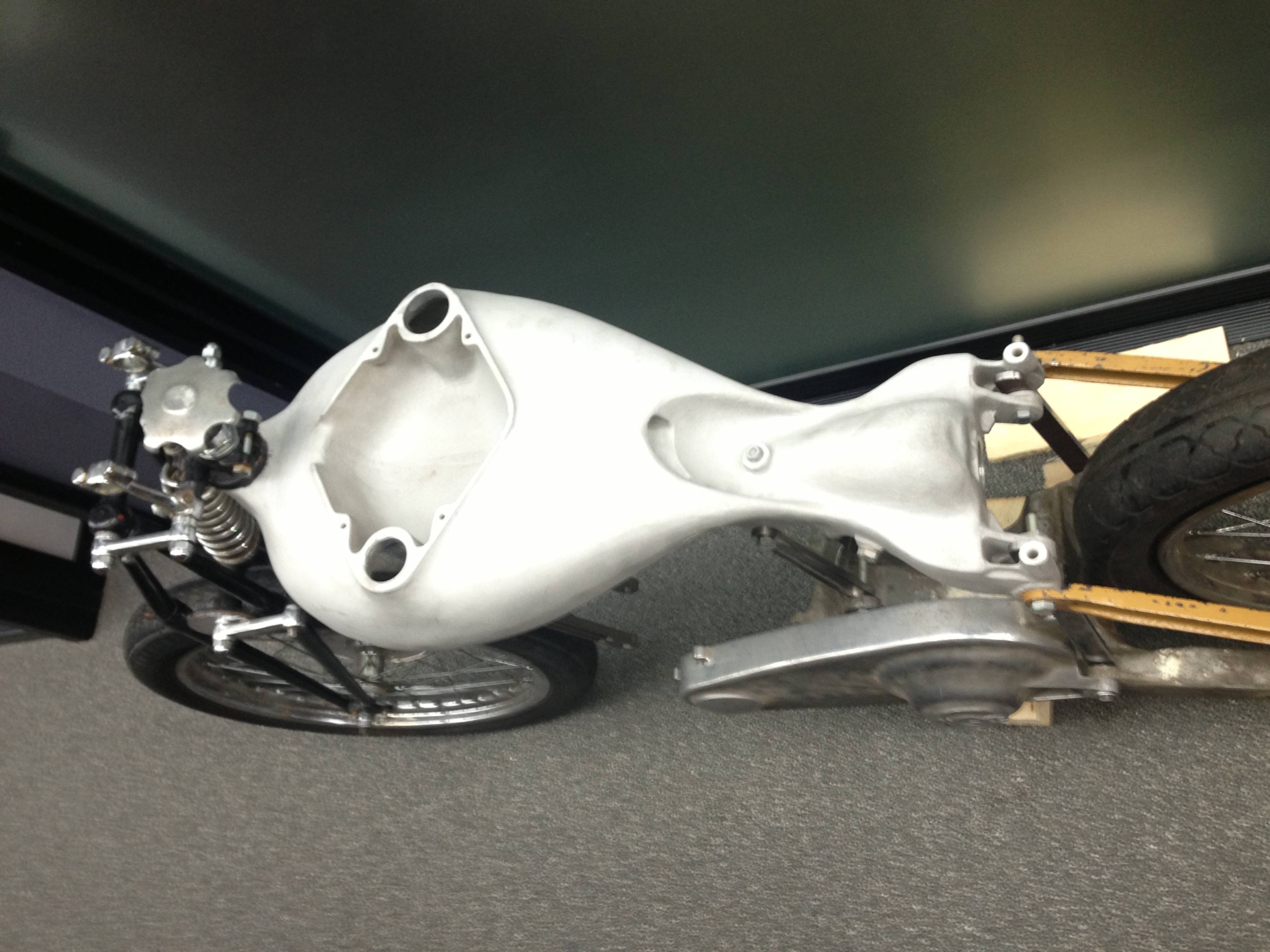