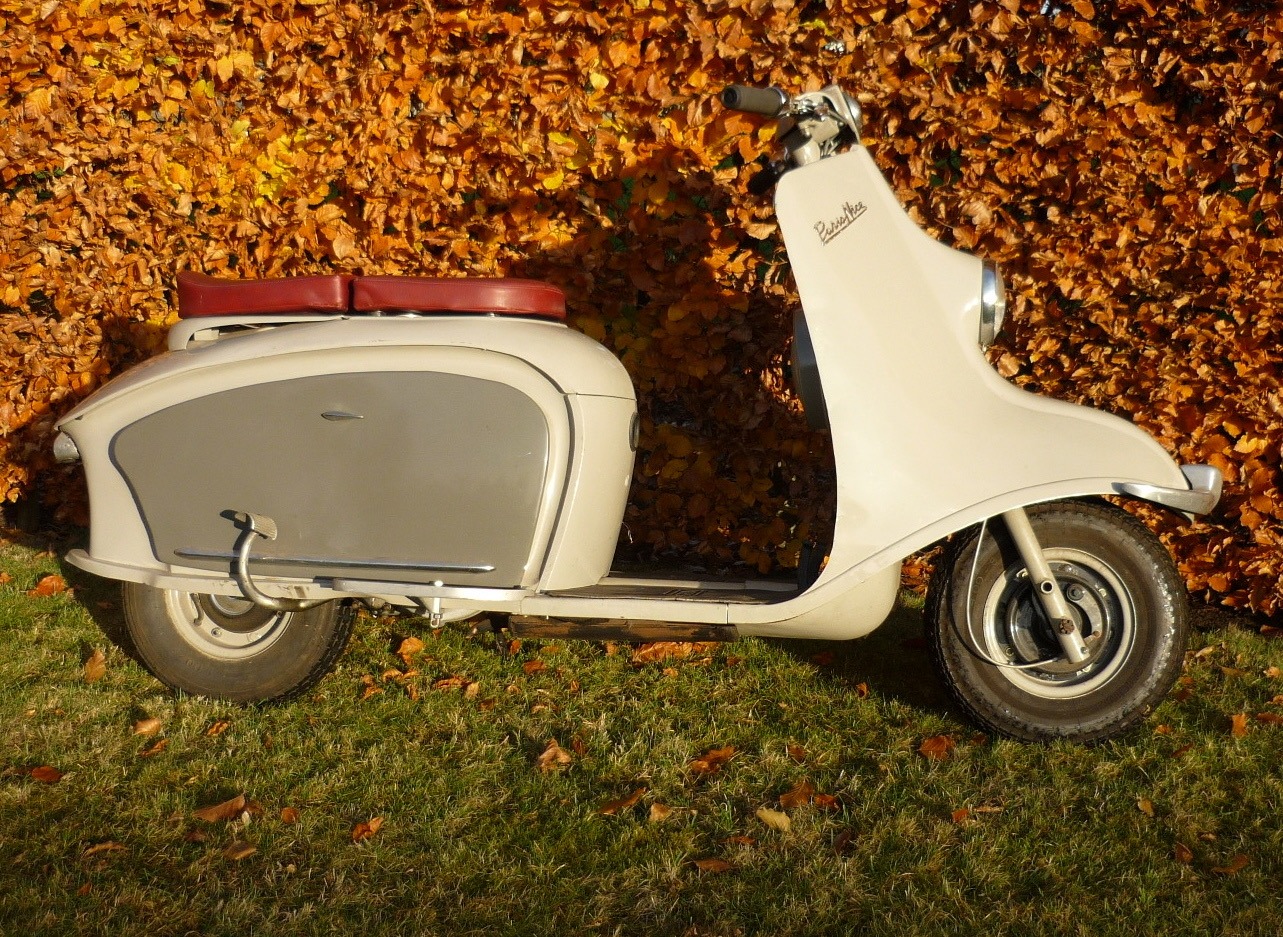 Mors Speed model S3 Paris-Nice of 1955 in first paint with original 8000km. This is a 125cc 2 stroke with 3 gears.
Mors is a famous French car builder of the early 1900s who later switched to electrical appliances and was owned by the brothers Emile and Louis Mors. Mors built two scooter models with 115 and 125 cc two-stroke engines. These were marketed under the name Speed. They had been developed before the Second World War by Pierre Brissonnet, who developed them from 1949 onwards under that name. He left the production to Mors who started in 1951. In 1955, Mors sold the manufacturing rights to Alcyon and went back to making electrical appliances. The company was in the eighties, when there are no more cars and motorcycles built, taken over by the Dutchman Gé Voortman. When he started importing Chinese Chunlan motorcycles in 1996, he marketed them under the brand name Mors. 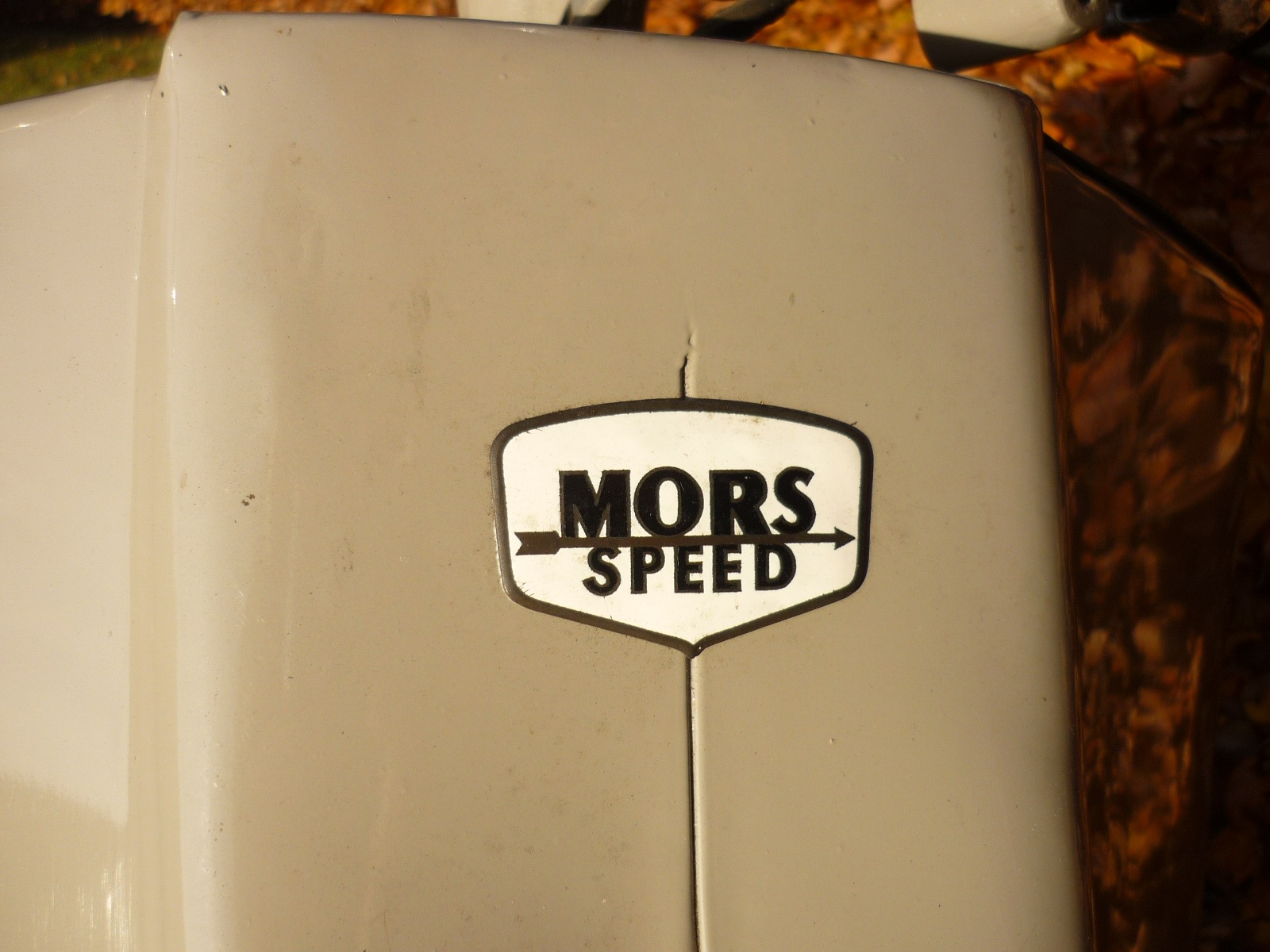 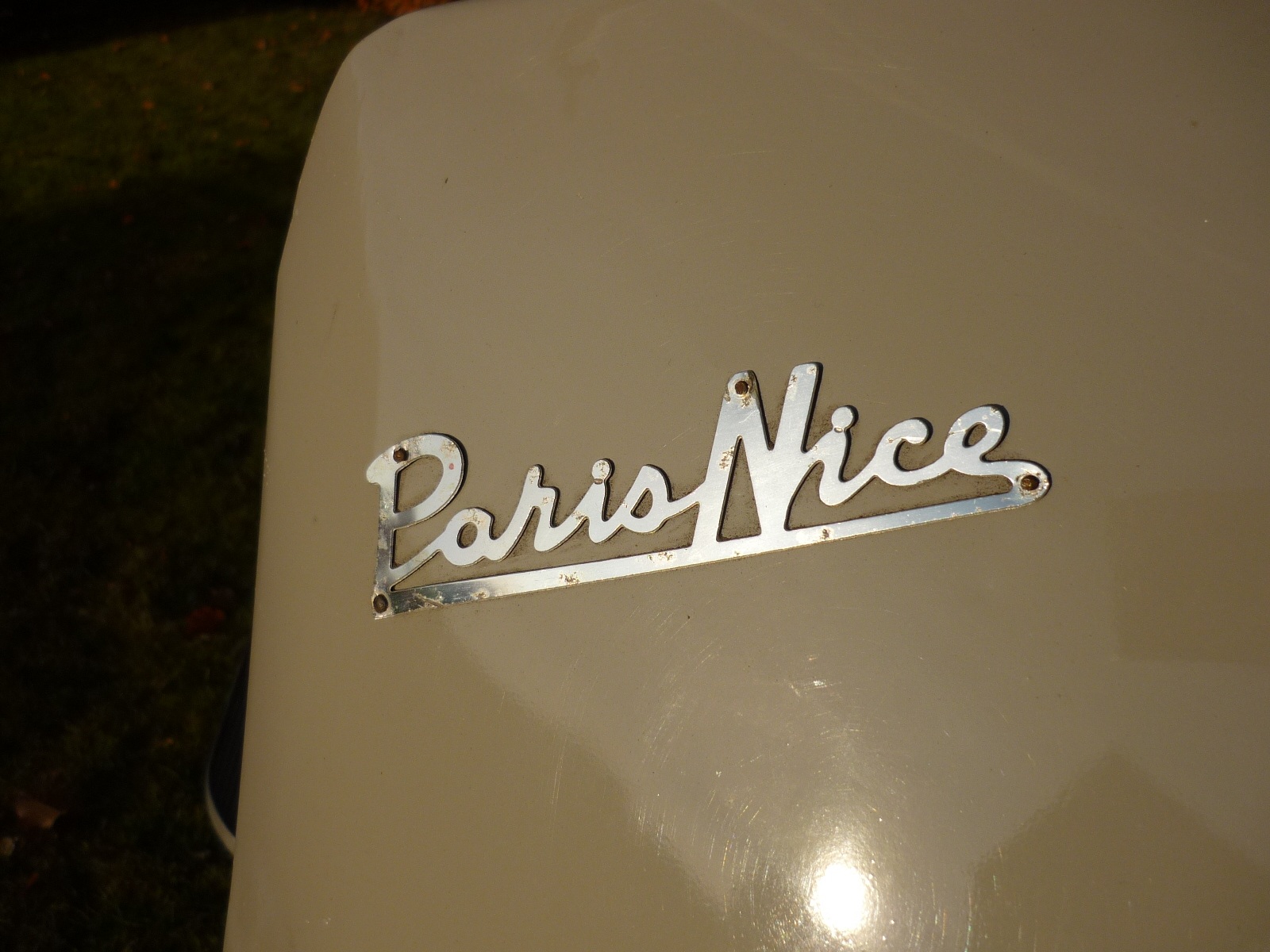 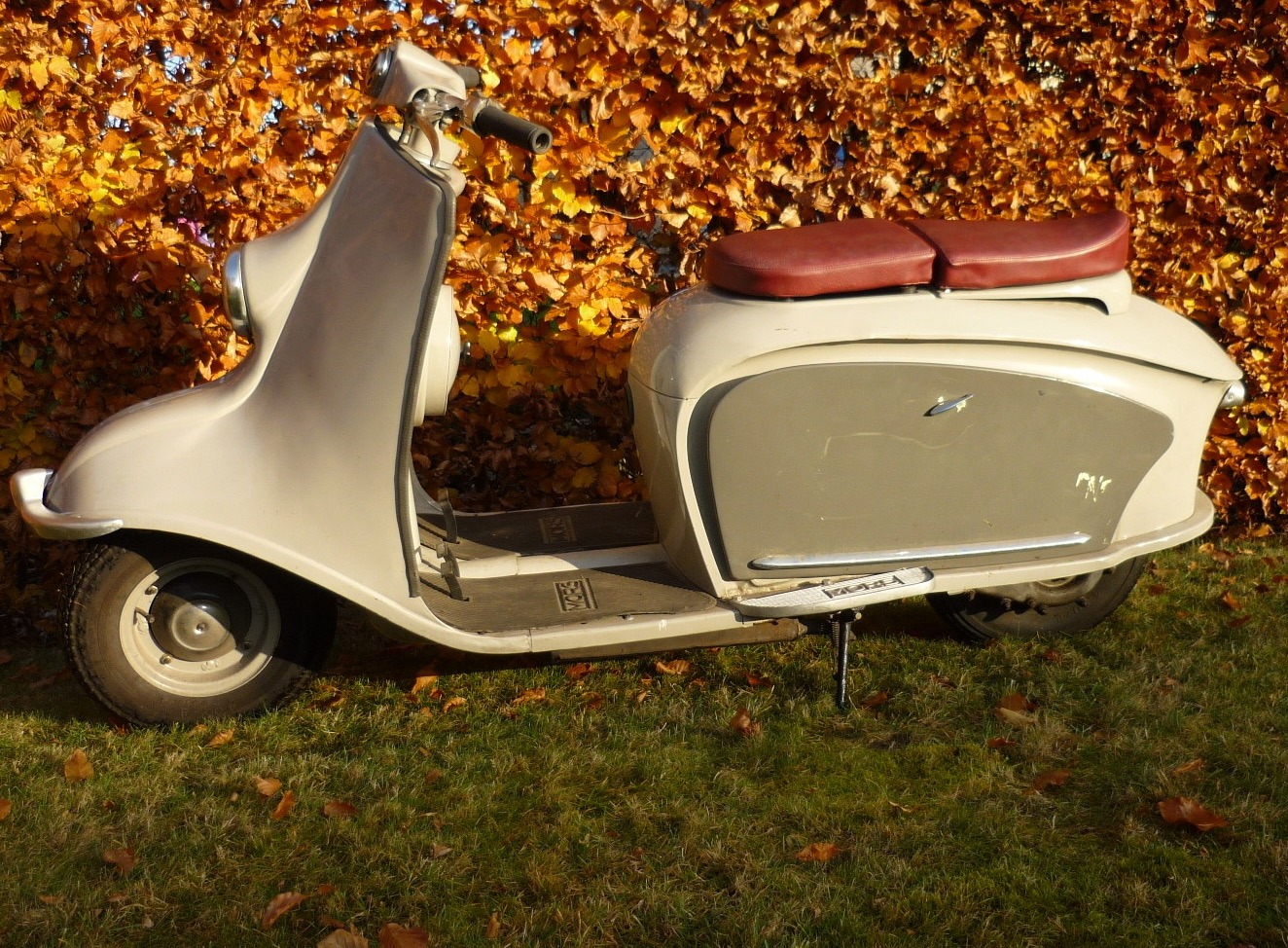