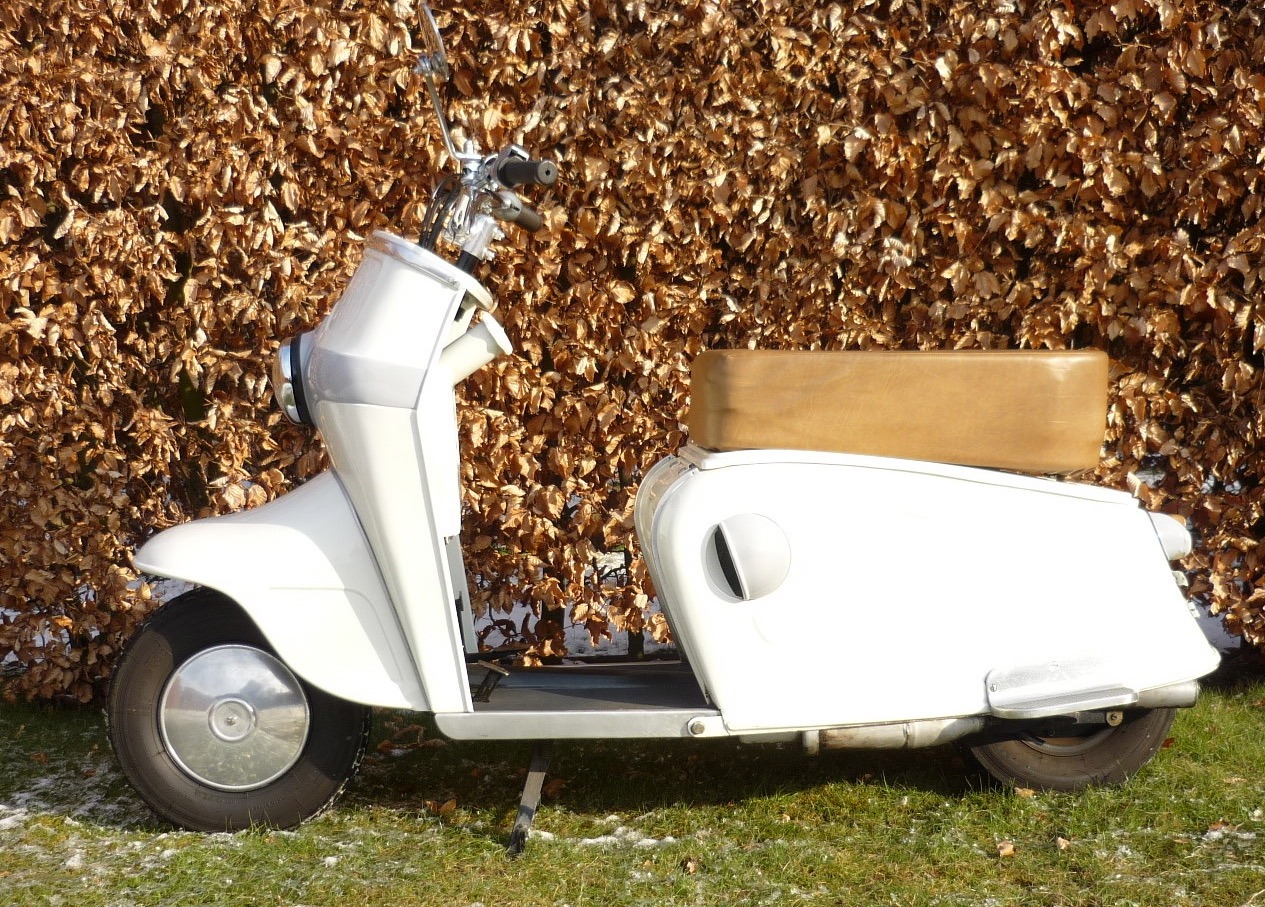 Rare Belgian scooter.<br/> Only 3 of them are known!

In the period that scooters became a success, Gillet no longer had the opportunity to invest in the development of a scooter. After wandering around with different suppliers they finally came to the French brand Bernadet. They had good relations after the order of the Gillet 720 for the French army because here was the French Bernadet army sidecar built.
In 1953 they started selling the Bernadet scooter but with the Gillet logo. since this was not a great success in 1956 stopped selling this scooter and they went to the 98cc moped 'Capri' to build.
Here you now have the opportunity to a perfectly restored very rare (there are only 3 of them!) Gillet 125cc scooter to buy. This scooter starts and runs perfectly and has already made several tours in Liege.
This scooter has been sold on August 21, 1954 to Gillet dealer Patigny, see order form. 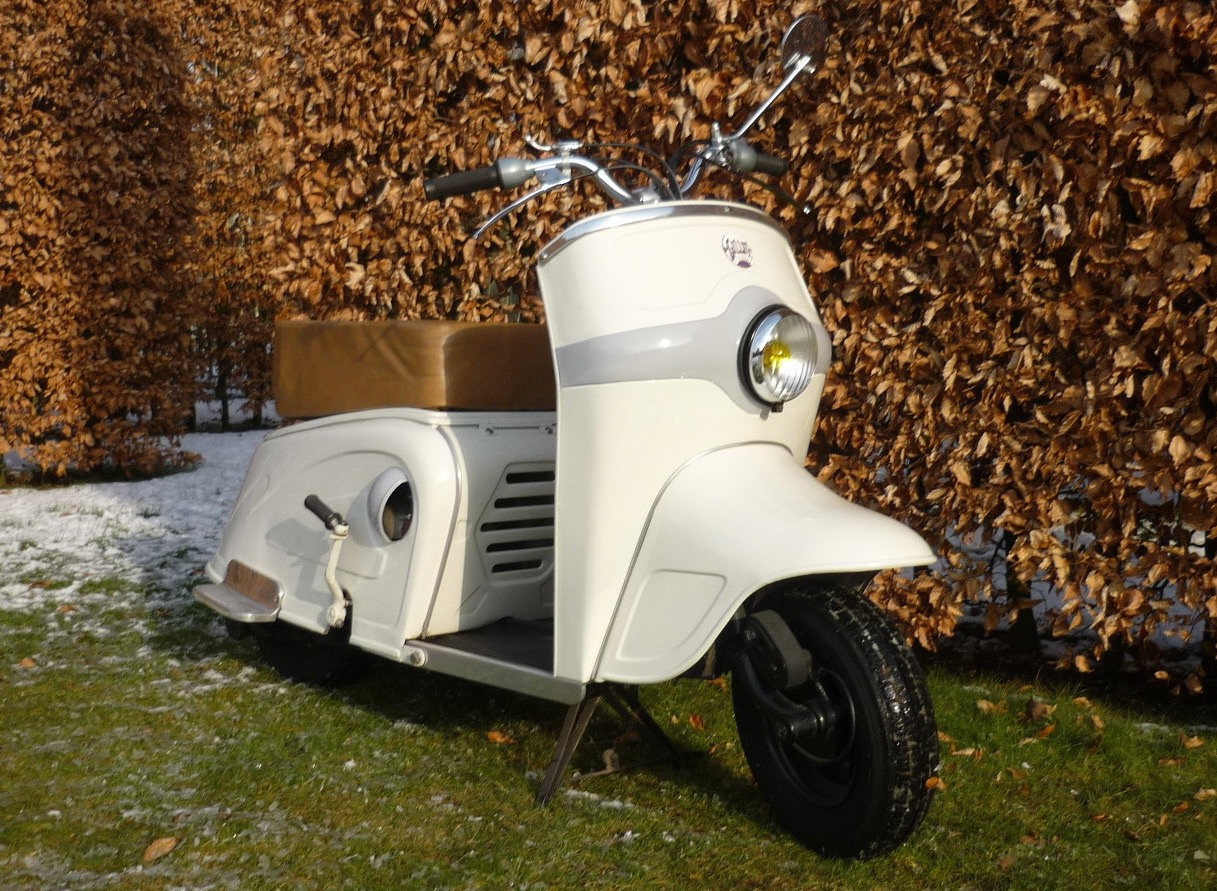 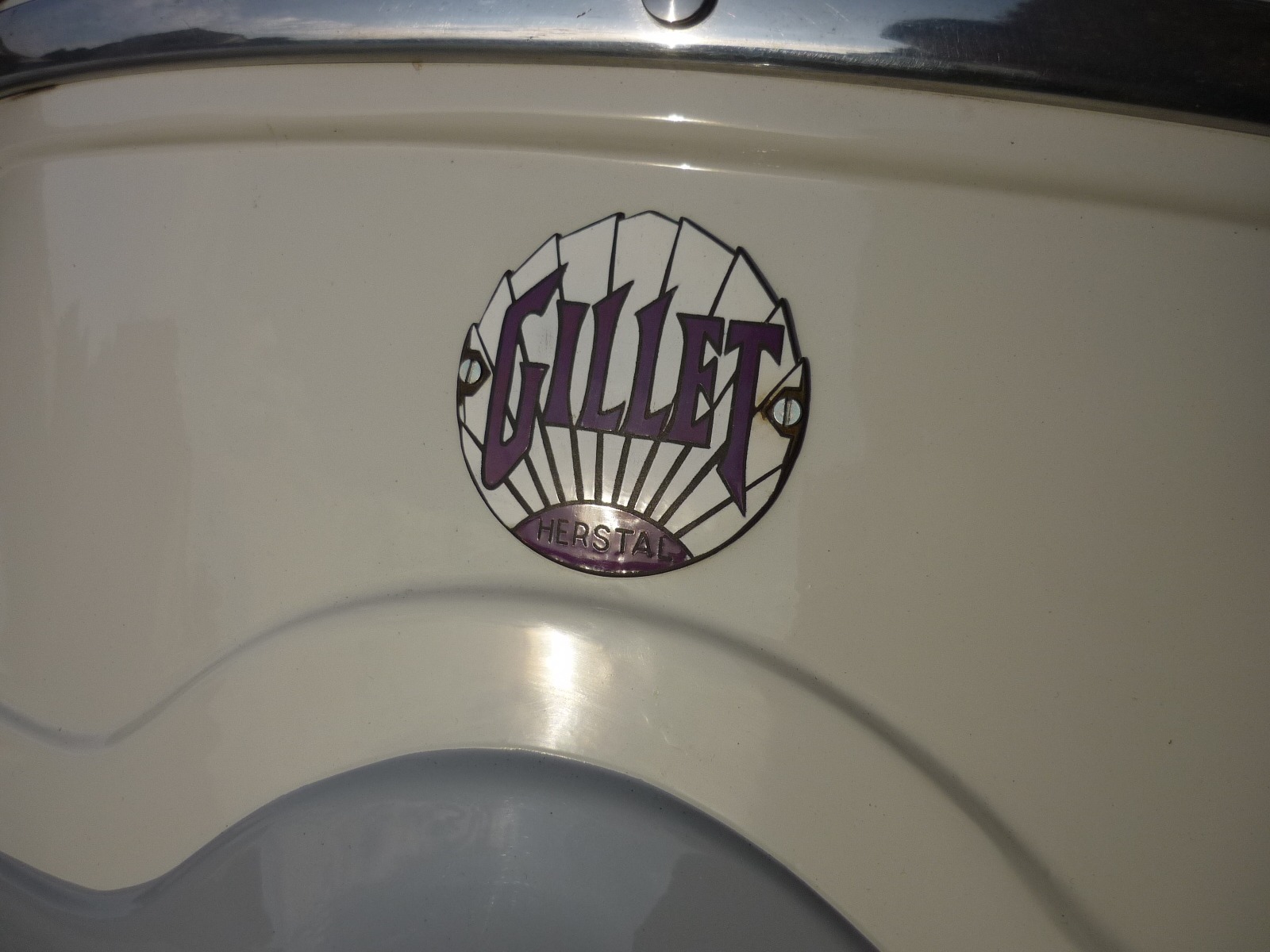