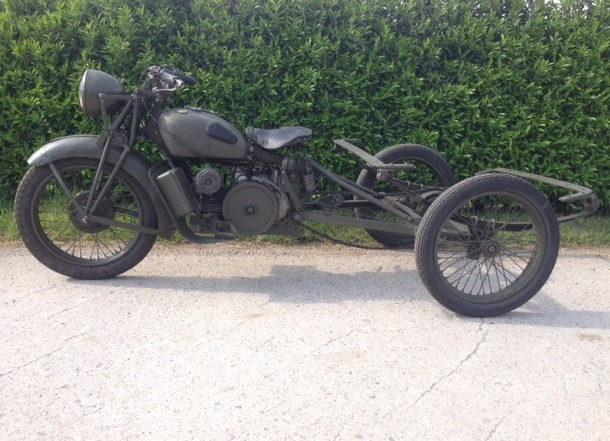 Moto Guzzi Trialce. This is a 500cc IOE 3 wheeler for the army.
The triporteur based on the Alce was actually called "Motocarro Leggere Trialce". It was a much lighter machine than the "civilian" triporteurs ER and Typo U. The basis was probably the Moto Guzzi Mototriciclo 32, which was already built in the thirties as a military triporteur. In fact, the Trialce was so light that it was available in a divisible version, which could be deployed with a parachute in two parts. That's why this version was also equipped with a central buck, to let the front part rest on that buck and the front wheel when the rear part still had to be mounted. Also the exhaust was much shorter, because it normally protruded under the rear part. The front, including the engine, was taken over from the Moto Guzzi Alce. The payload was 400 kg. This very rare alloy version is almost never for sale. Except for the wooden box, this motorcycle is complete and still in good and original condition. Engine has good compression and the gears can be taken. 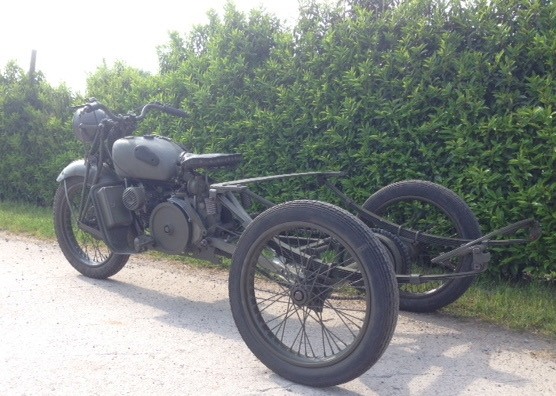 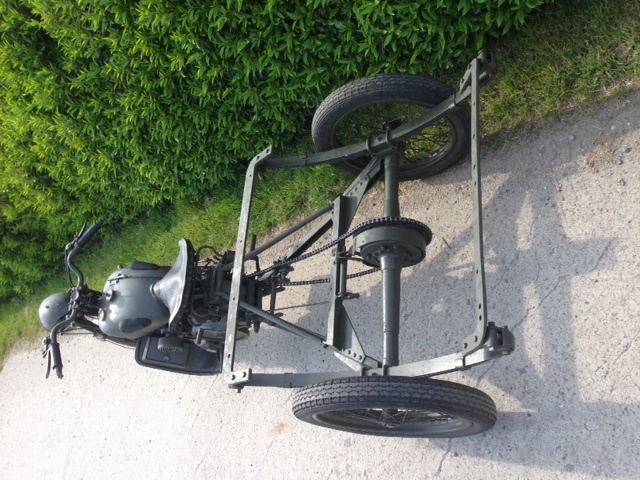 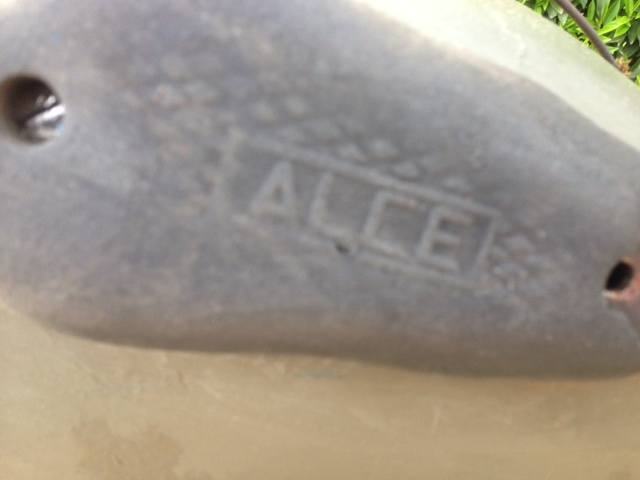 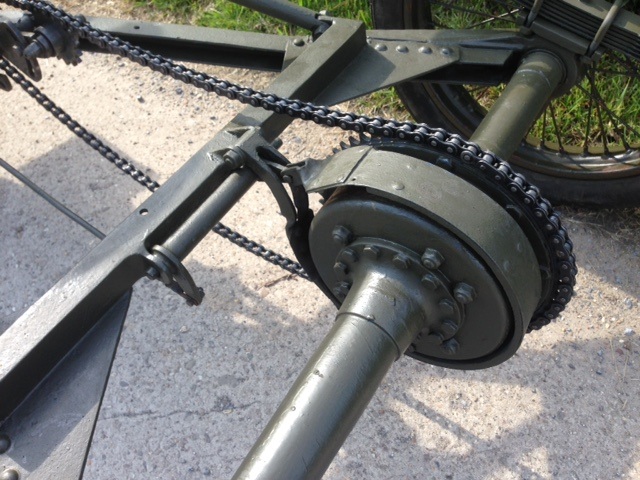 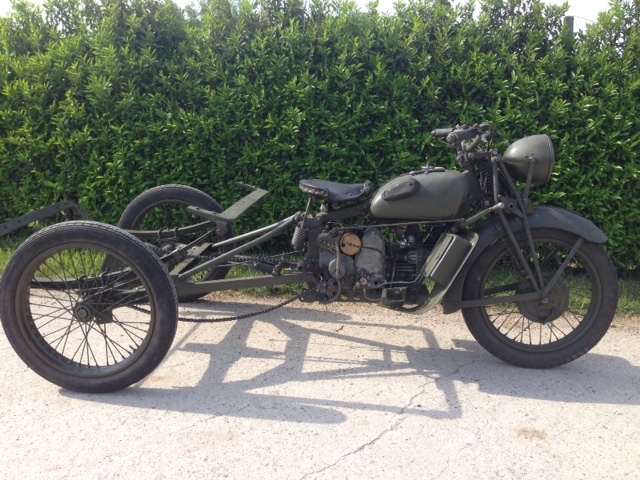