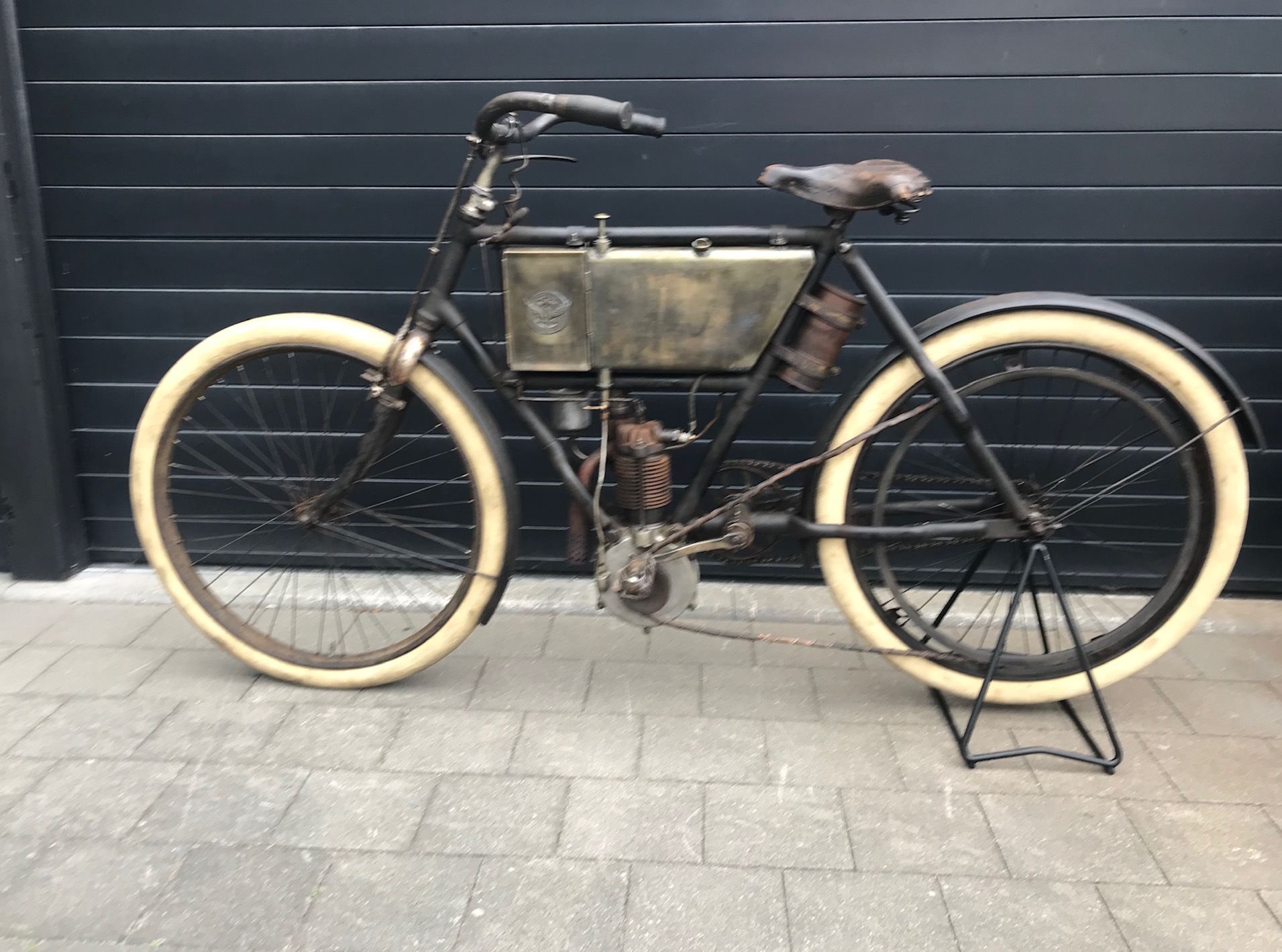 The Werner Brothers, Michel and Eugene, had French nationality but were originally from Russia. In 1897 they put their first motorized bicycle on the market. Motorbike is attached at the front to the handlebar/ball-head and the front wheel is driven by a belt. In 1901 they present the "New Werner" with their own motor attached to the bottom bracket. This is a 230cc which was very successful. This model has been used a lot for racing and with this model many races were won. There is an advertisement that says that Werner has won all the major races without exception: Paris-Berlin, Paris-Vienna, Paris-Bordeaux, Circuit du Nord,....

The early models of Werner can be recognized, among other things, that the petrol tank at the front does not yet follow the frame. There is still an opening between tank and frame, this was modified in 1903 with a new model of petrol tank.

This Werner is a late 1901 or 1902 model, engine is in running condition but everything has to be checked again to get it running. 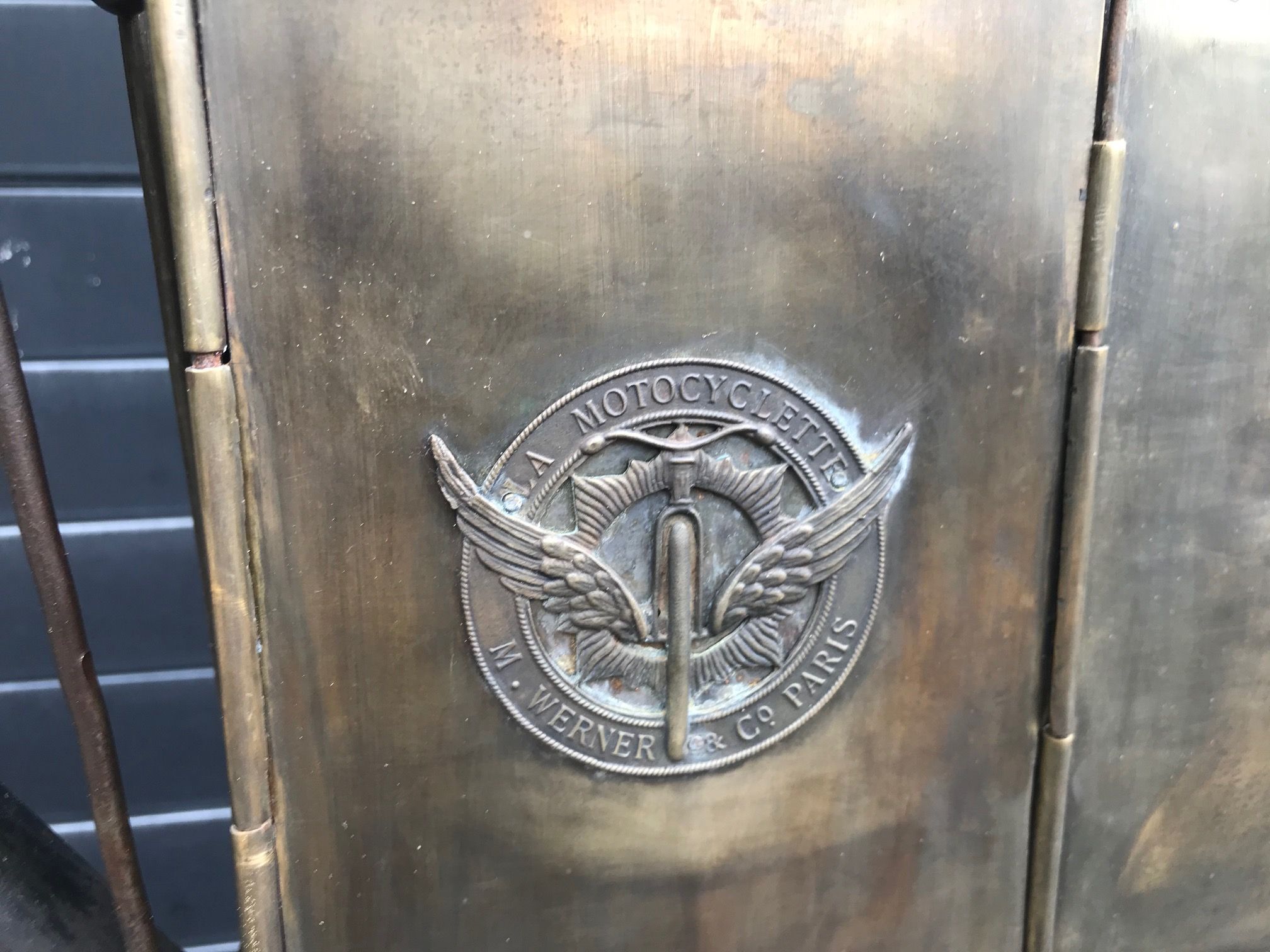 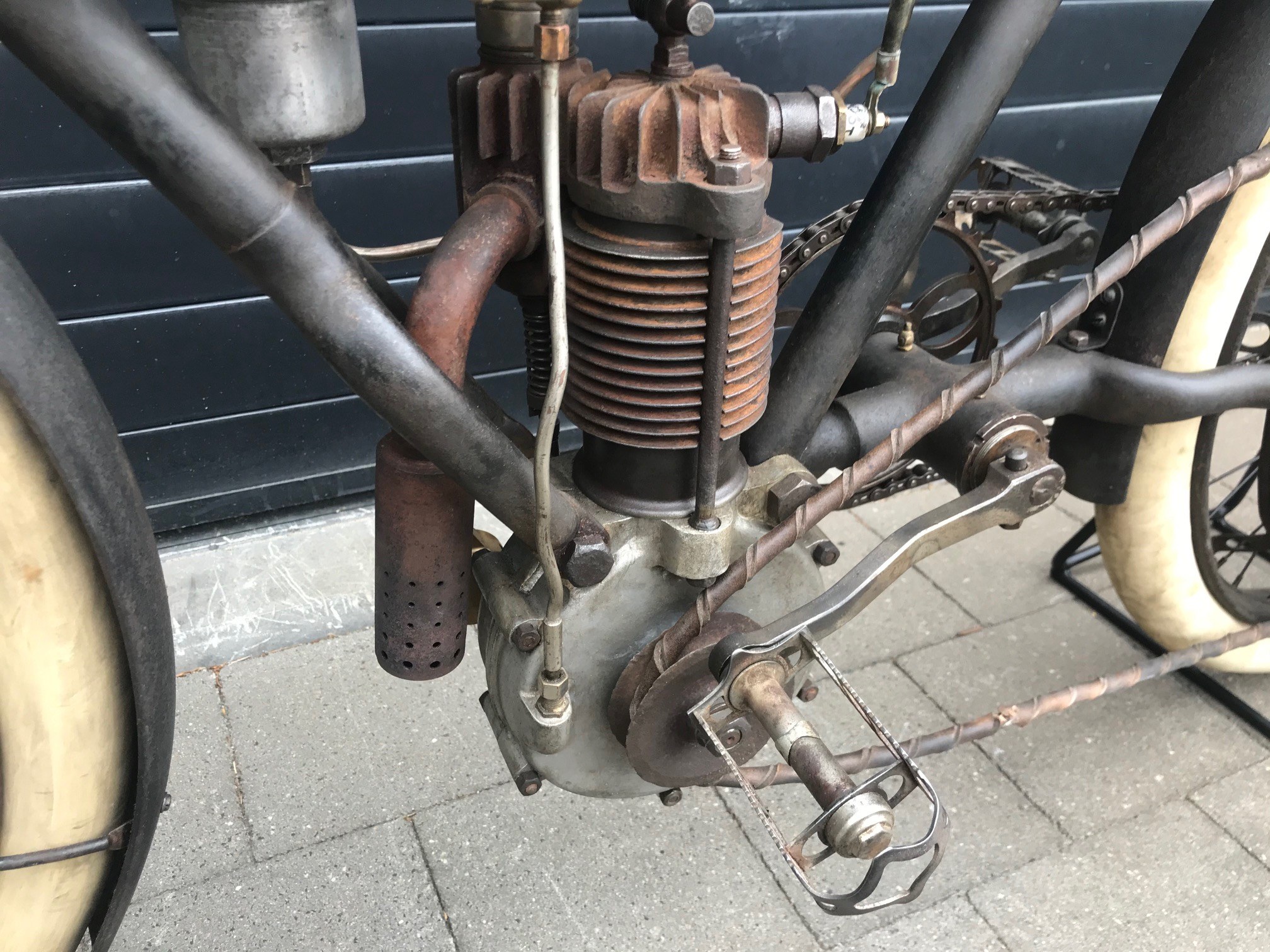 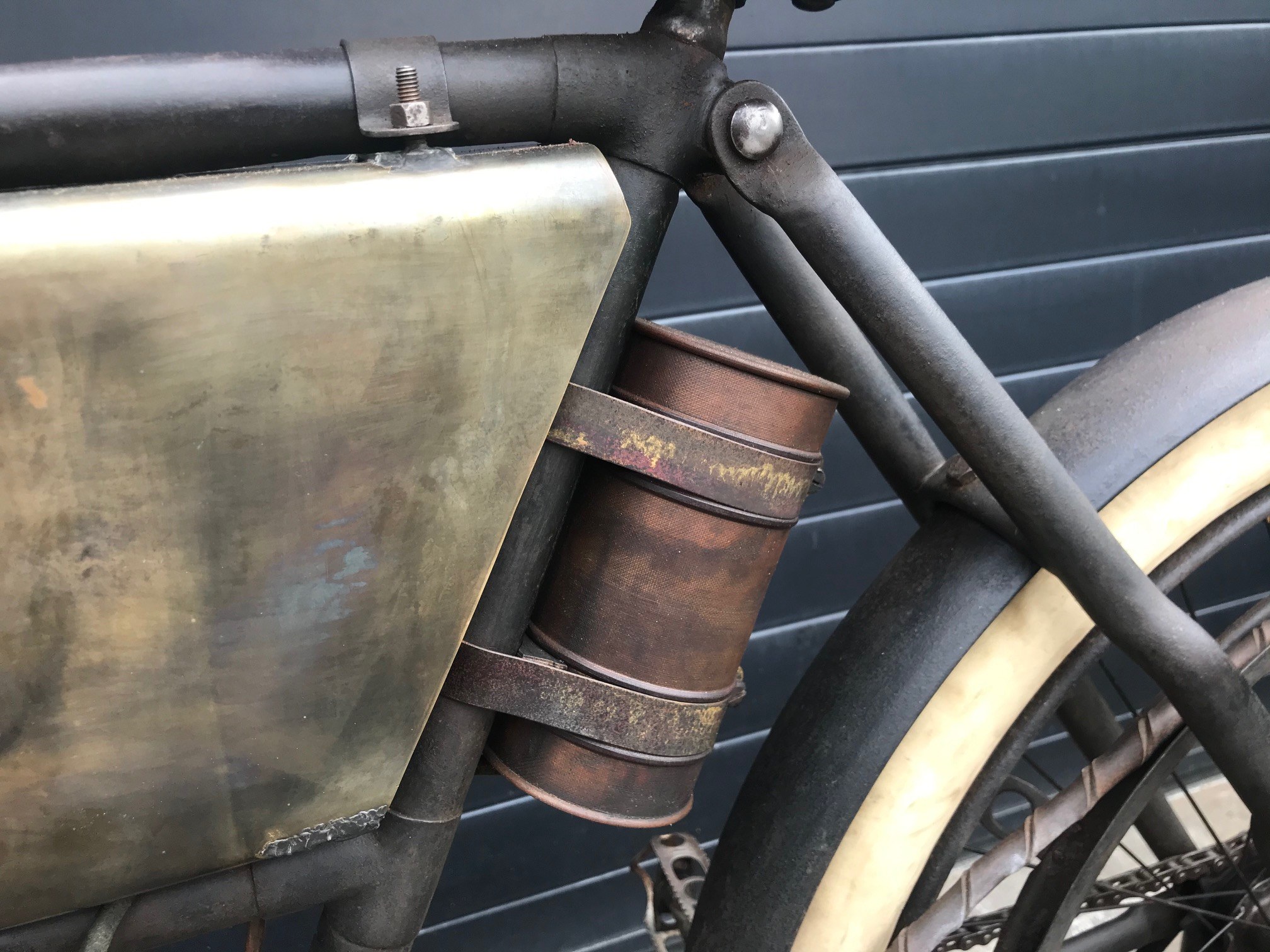 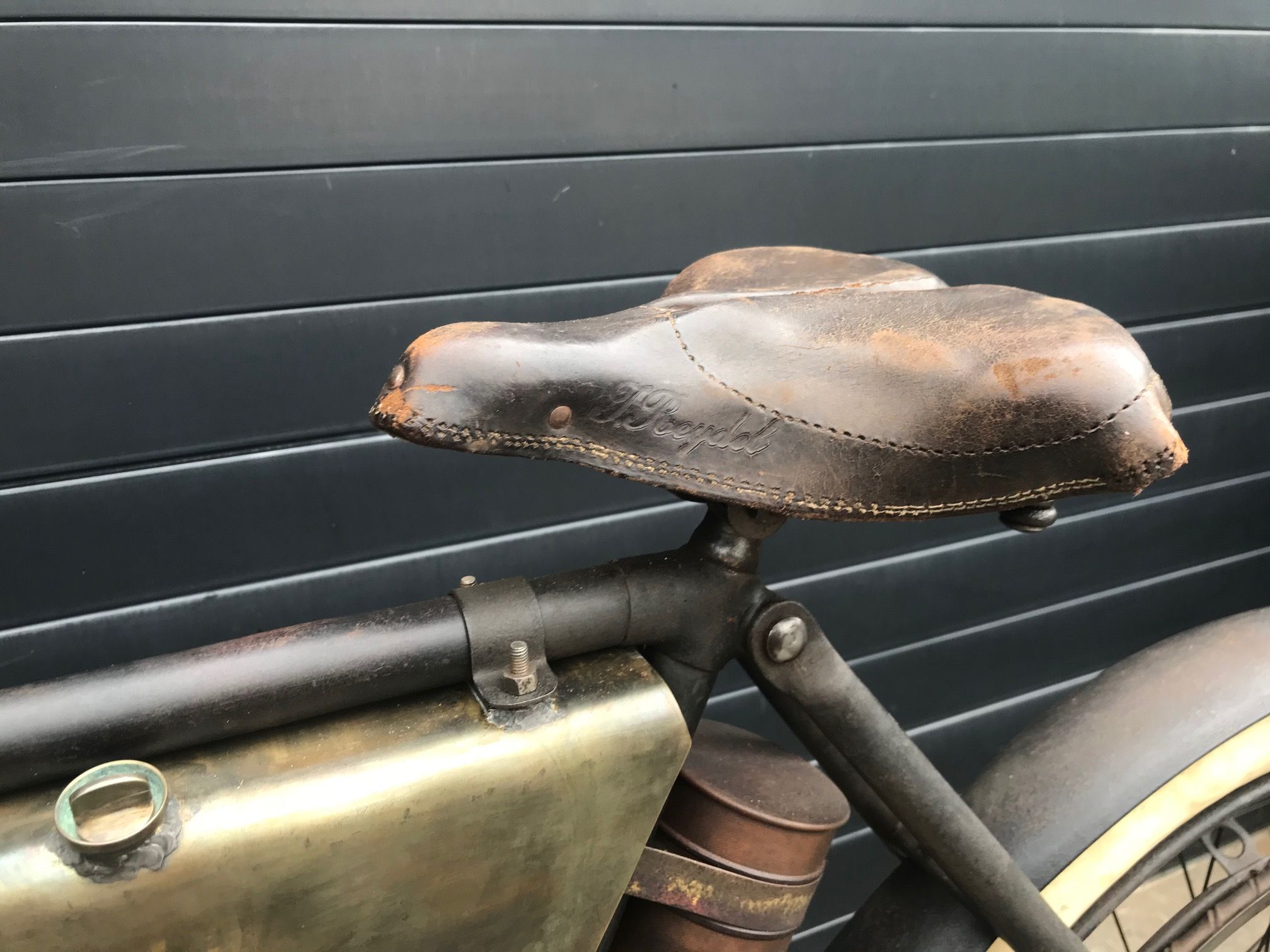 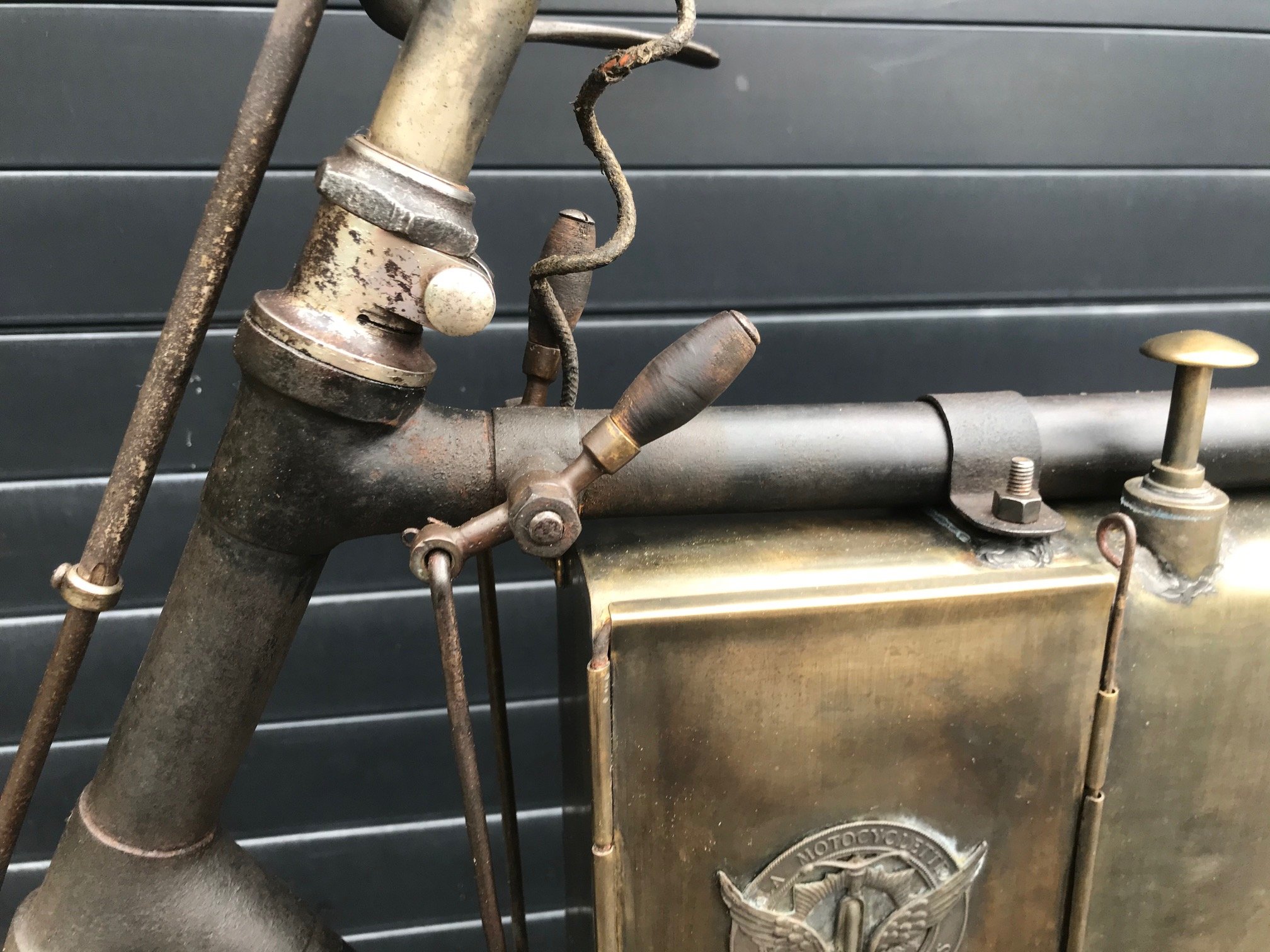 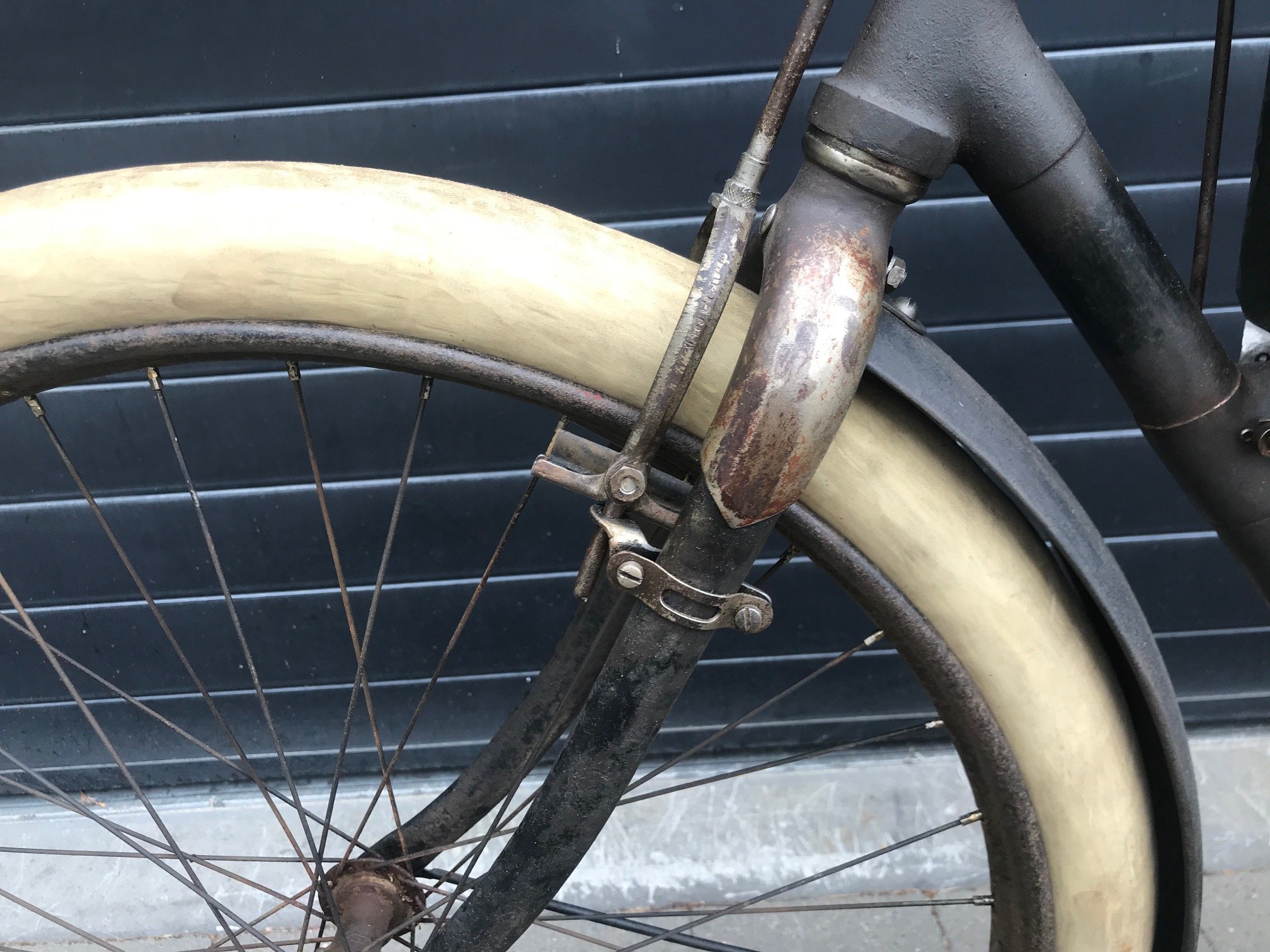 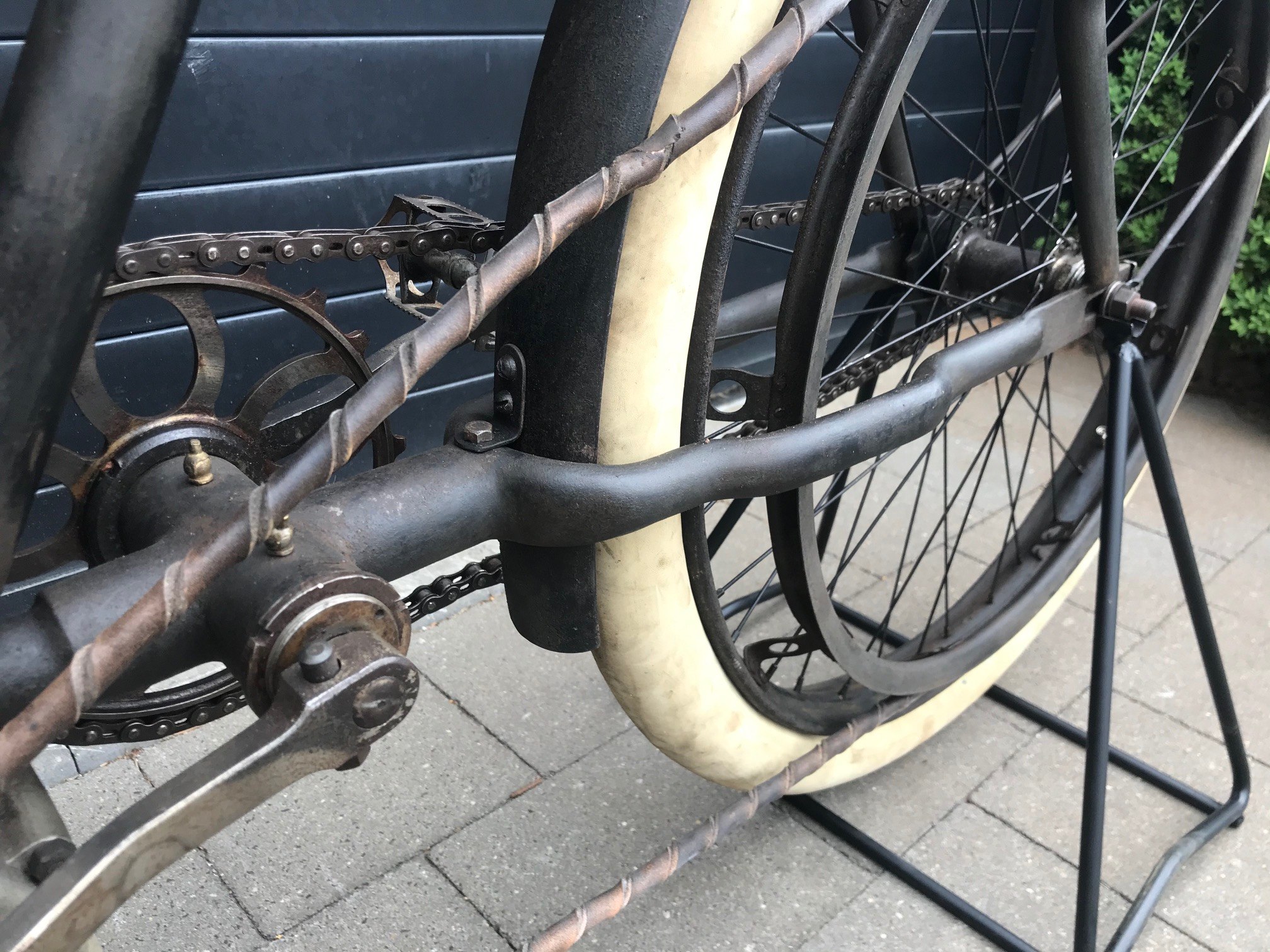 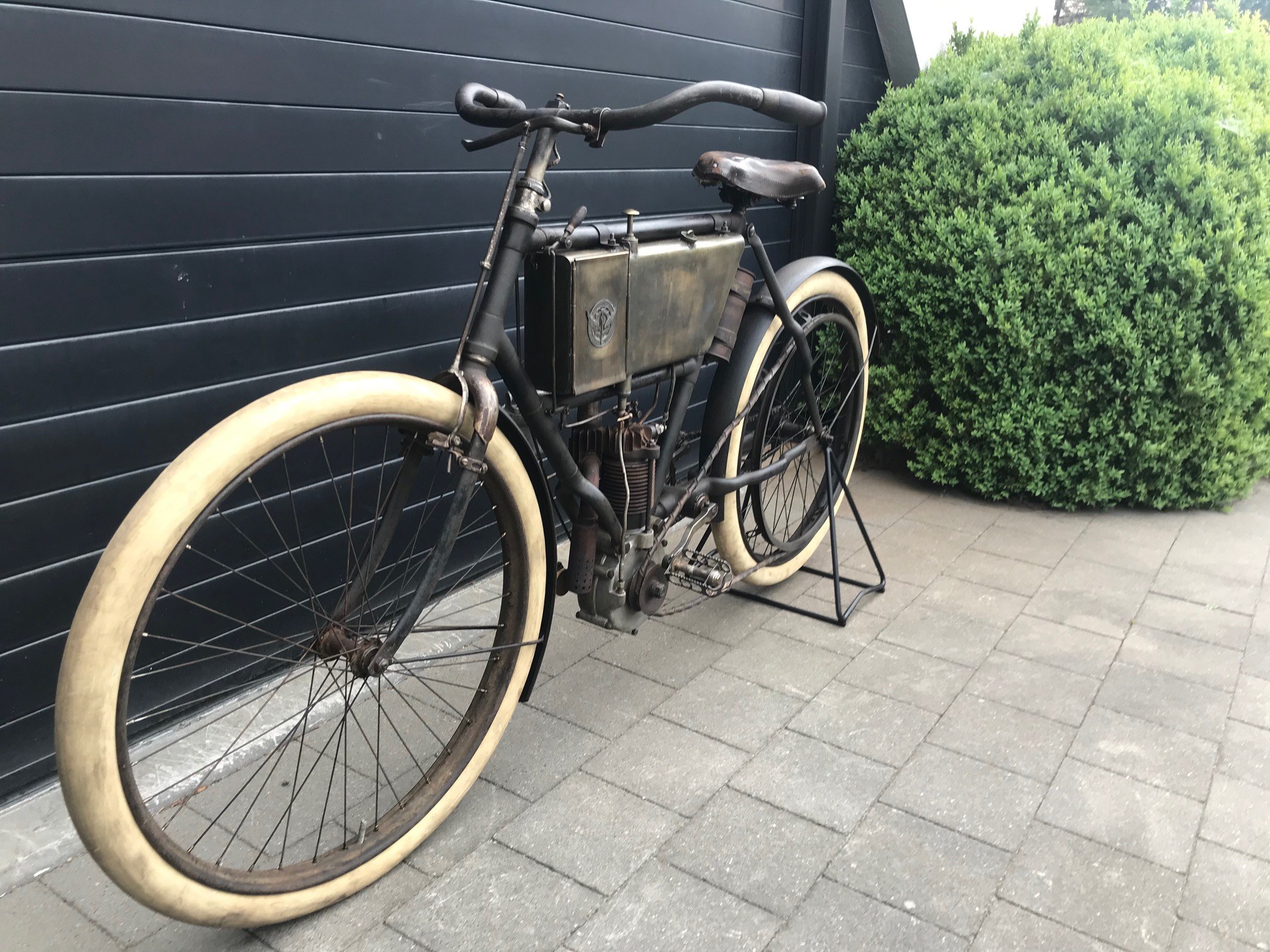 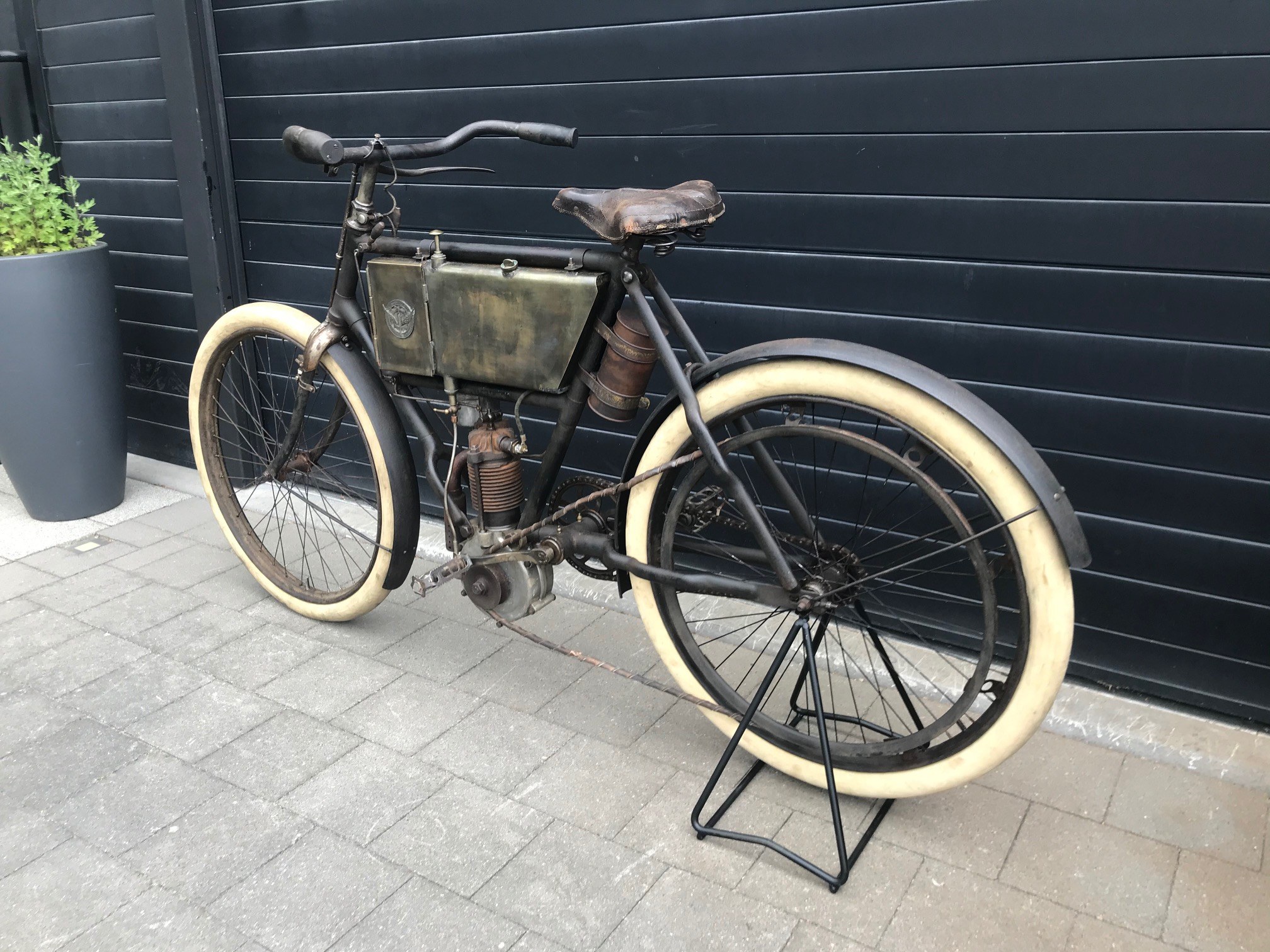 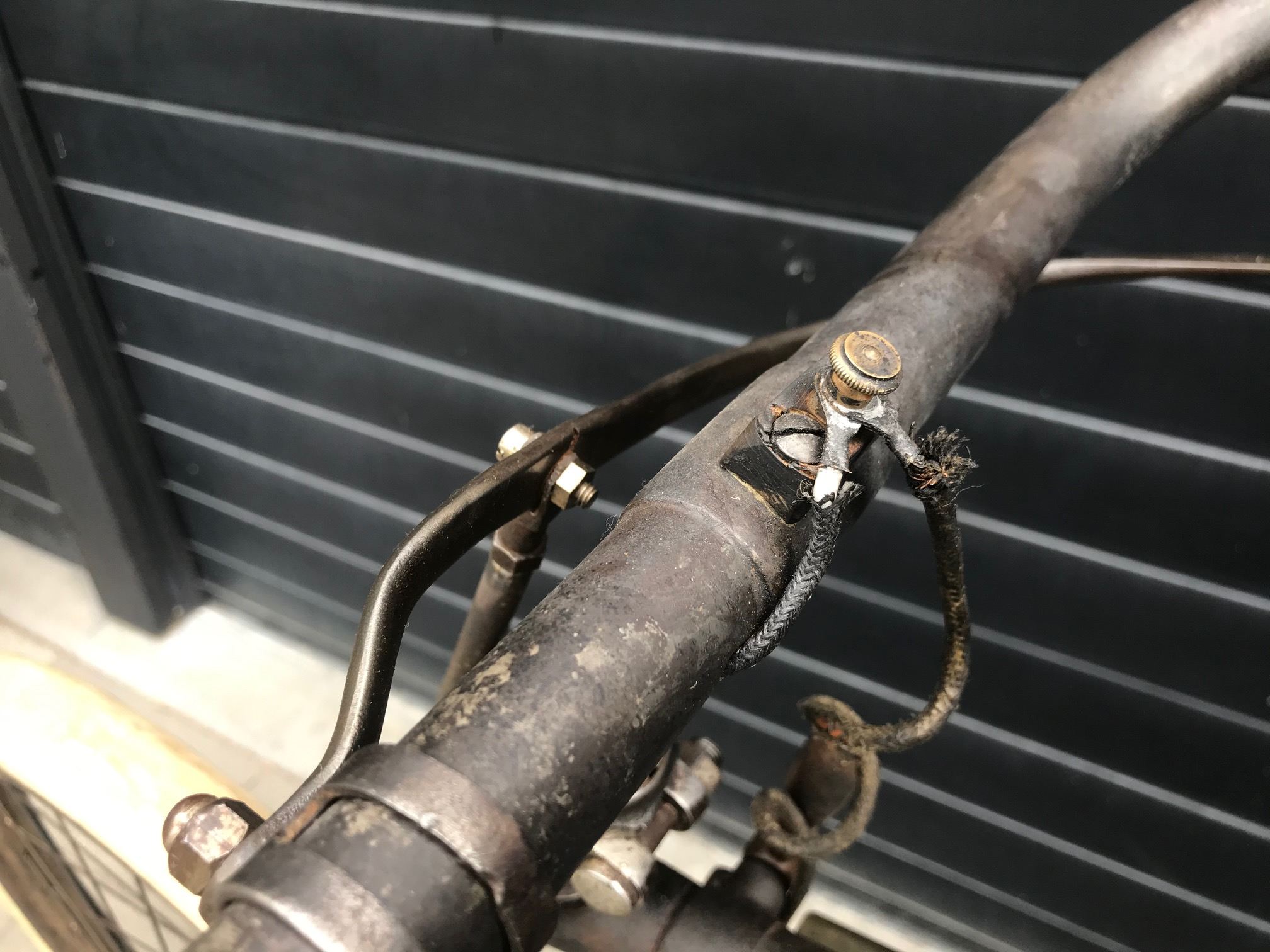 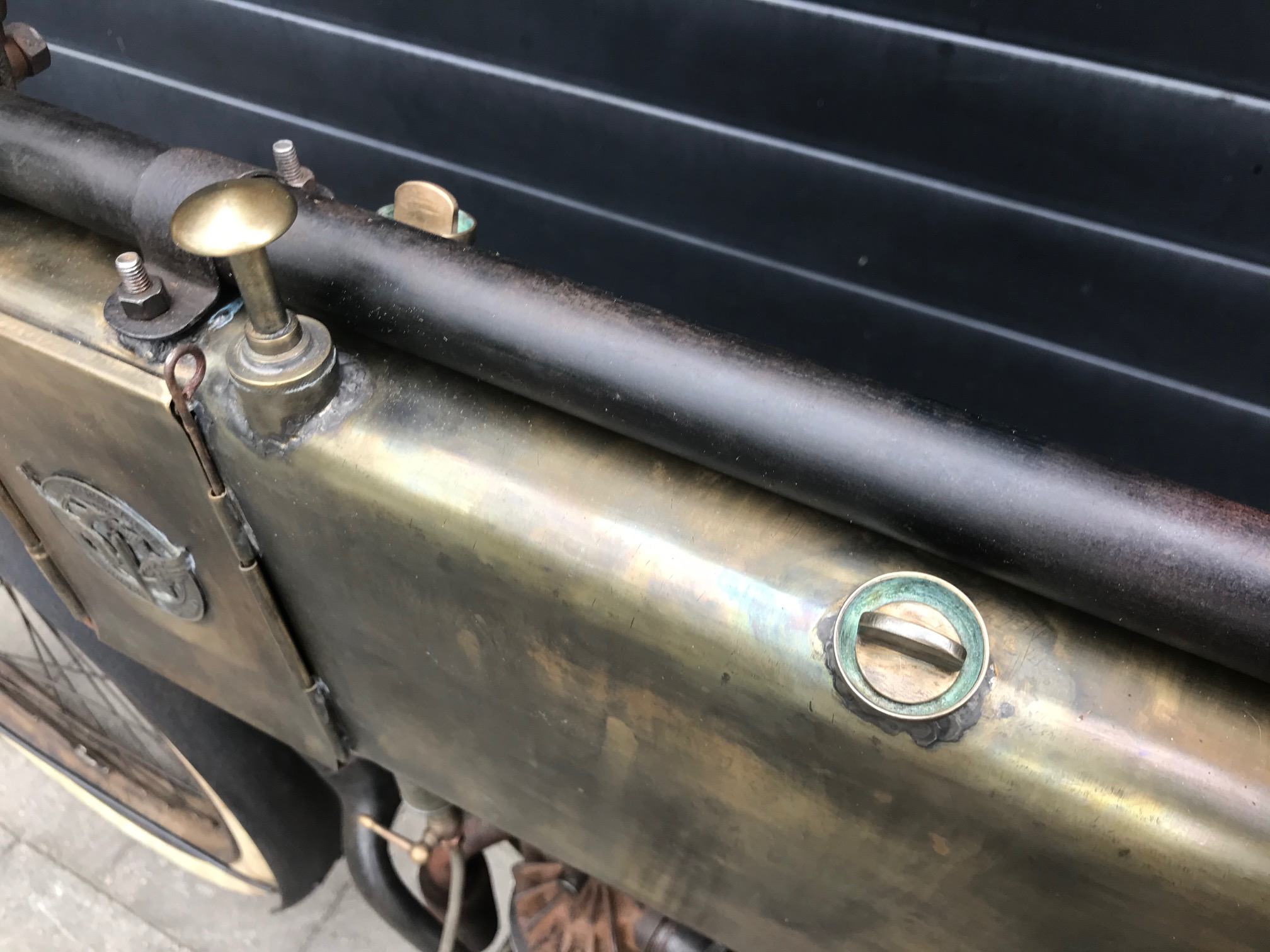 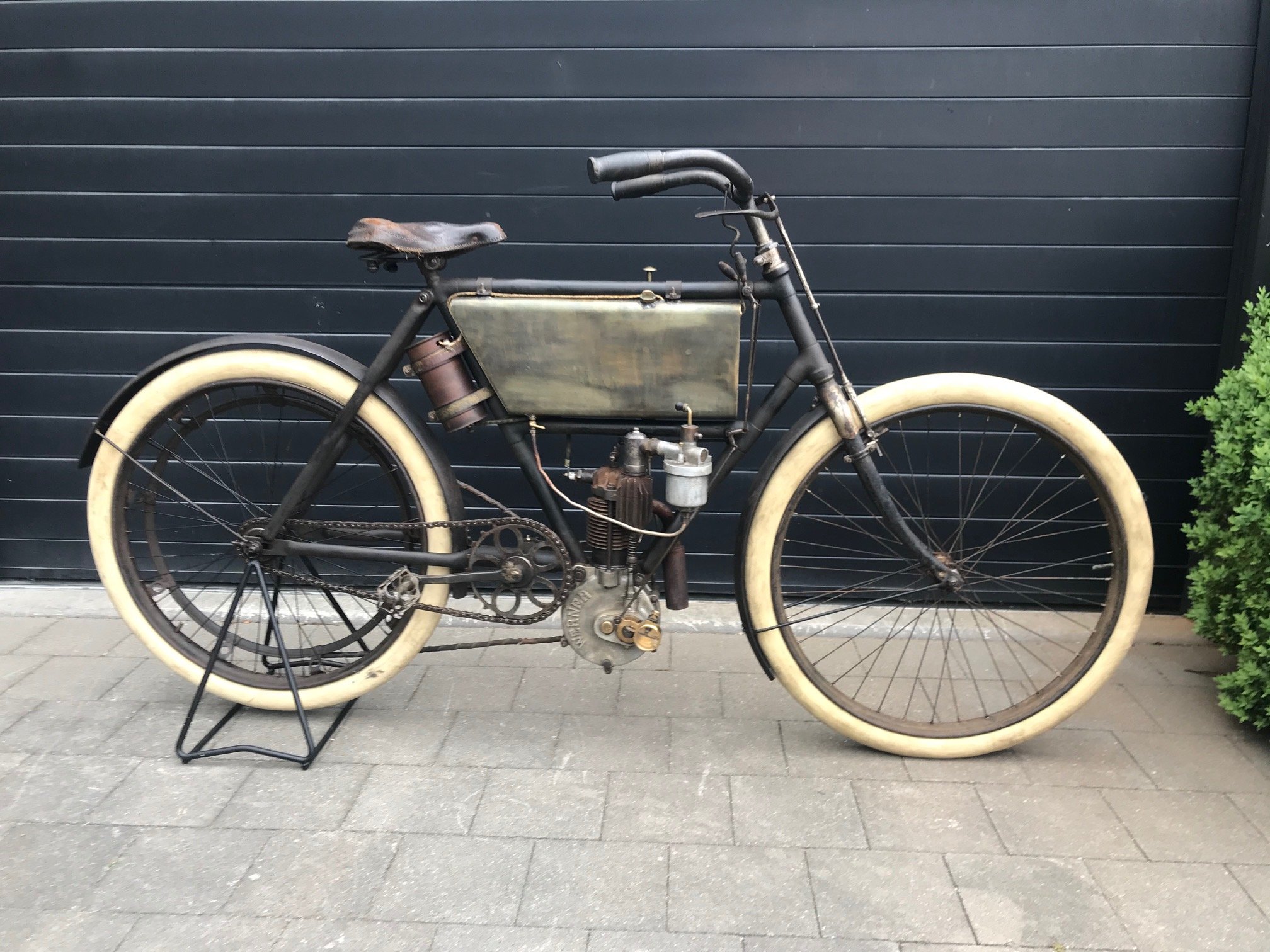 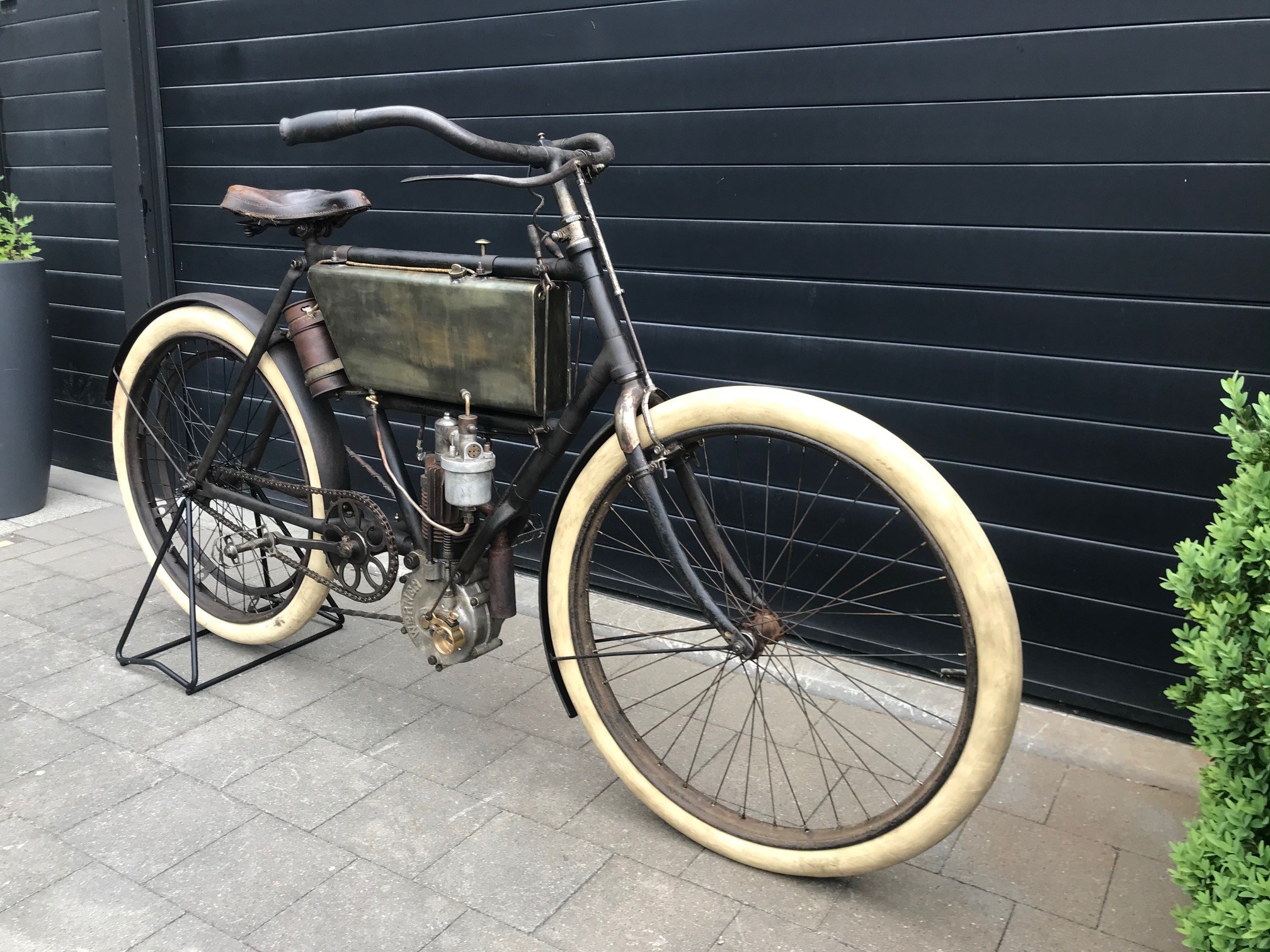 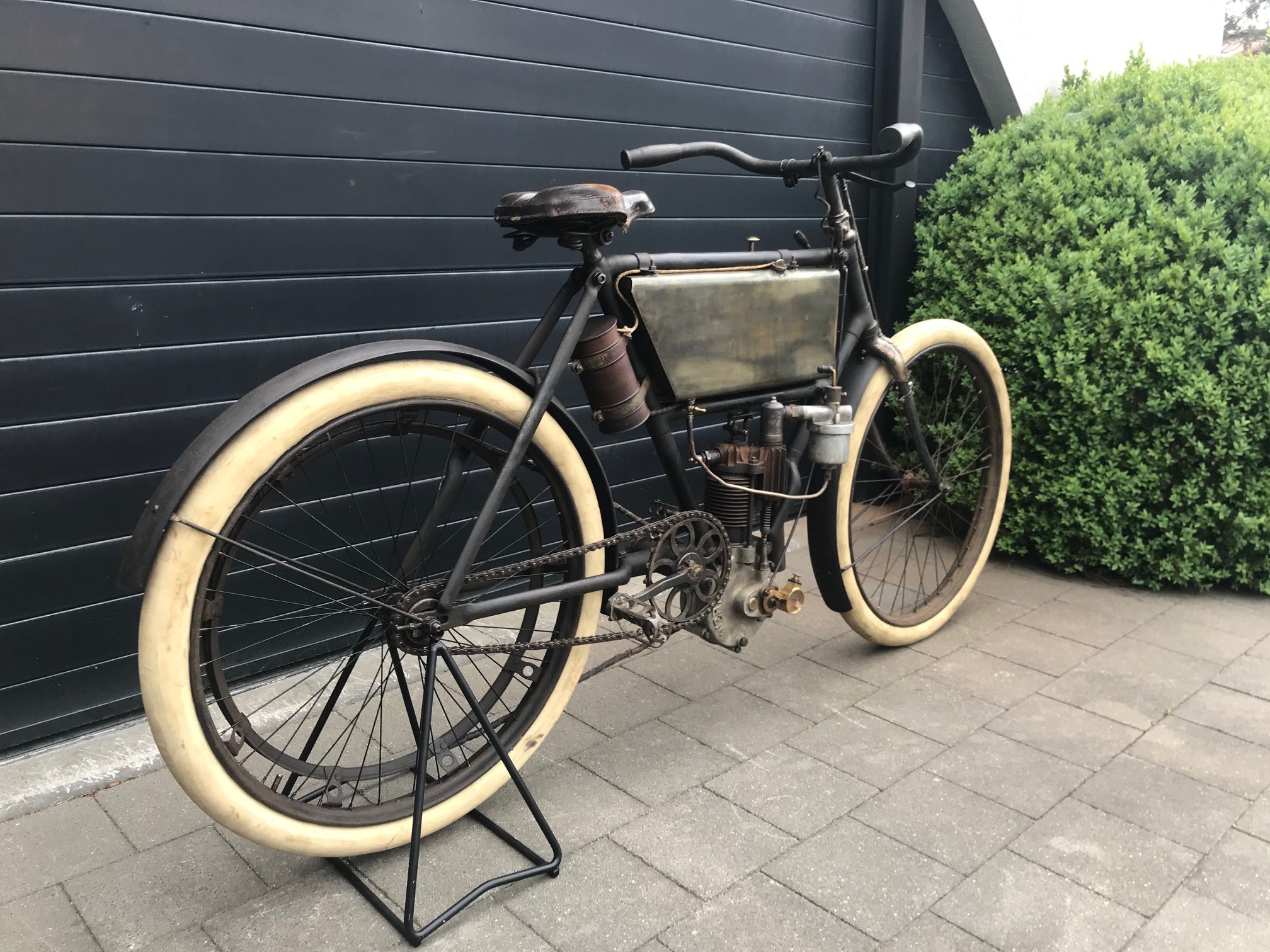 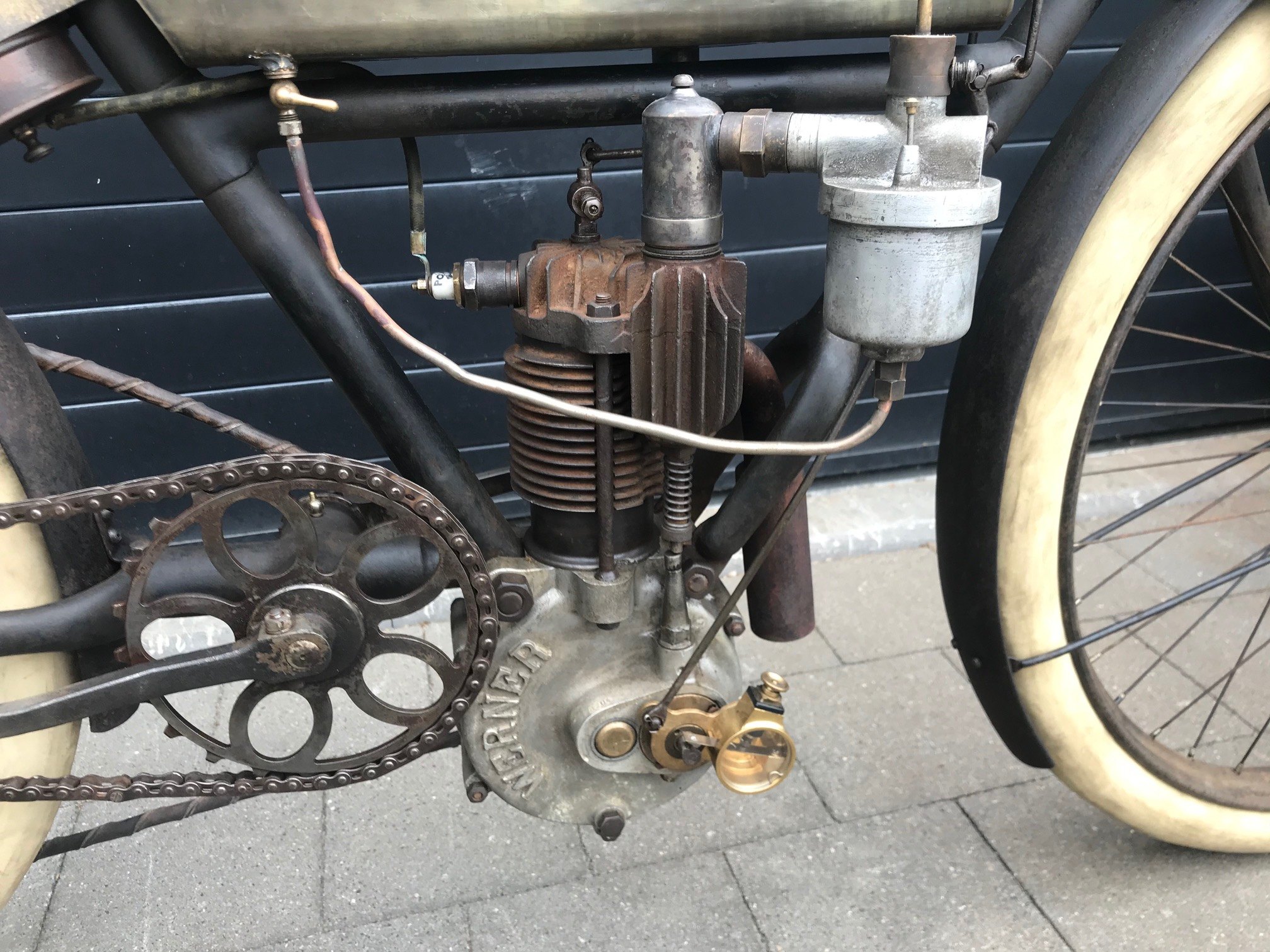 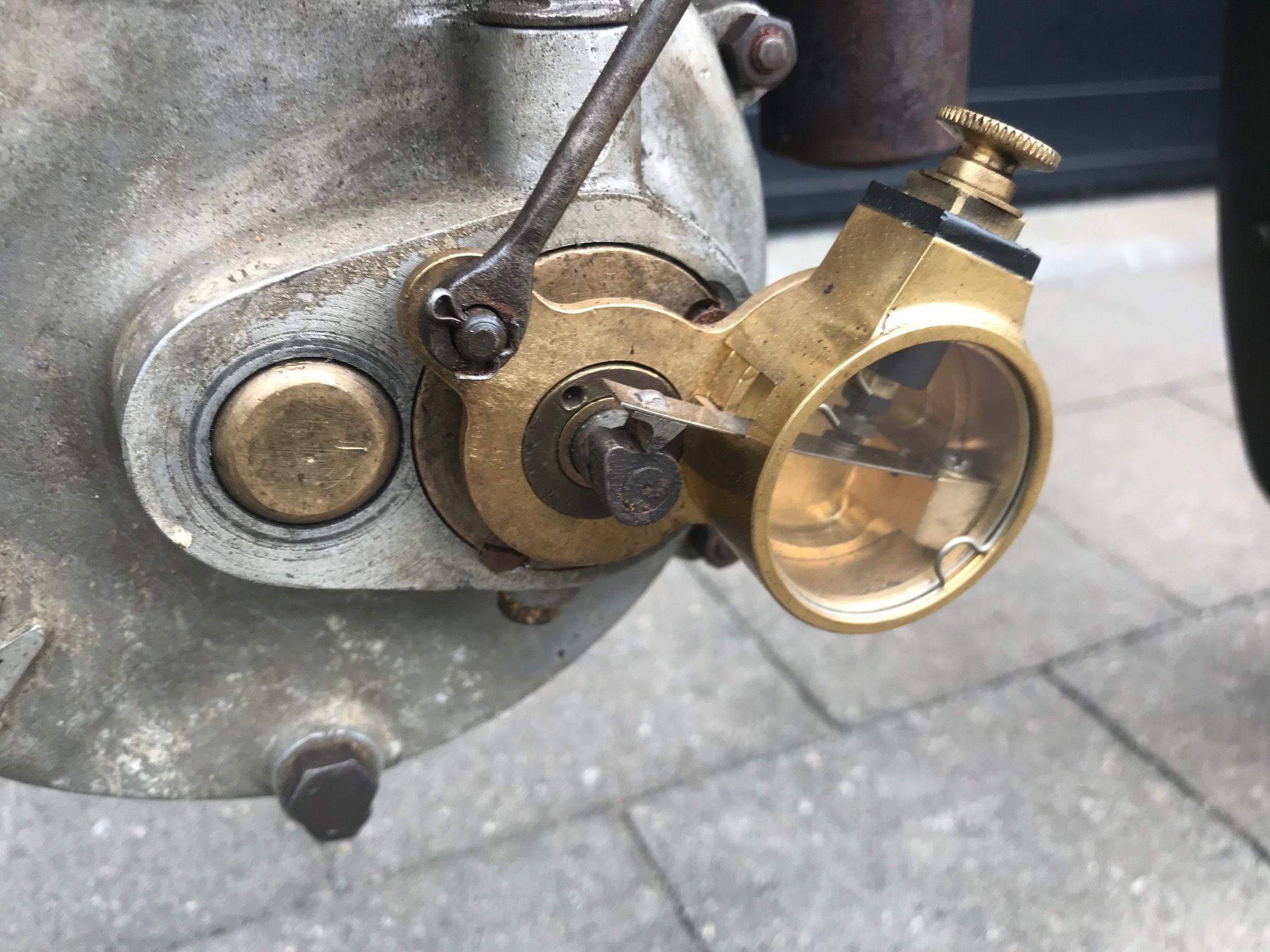 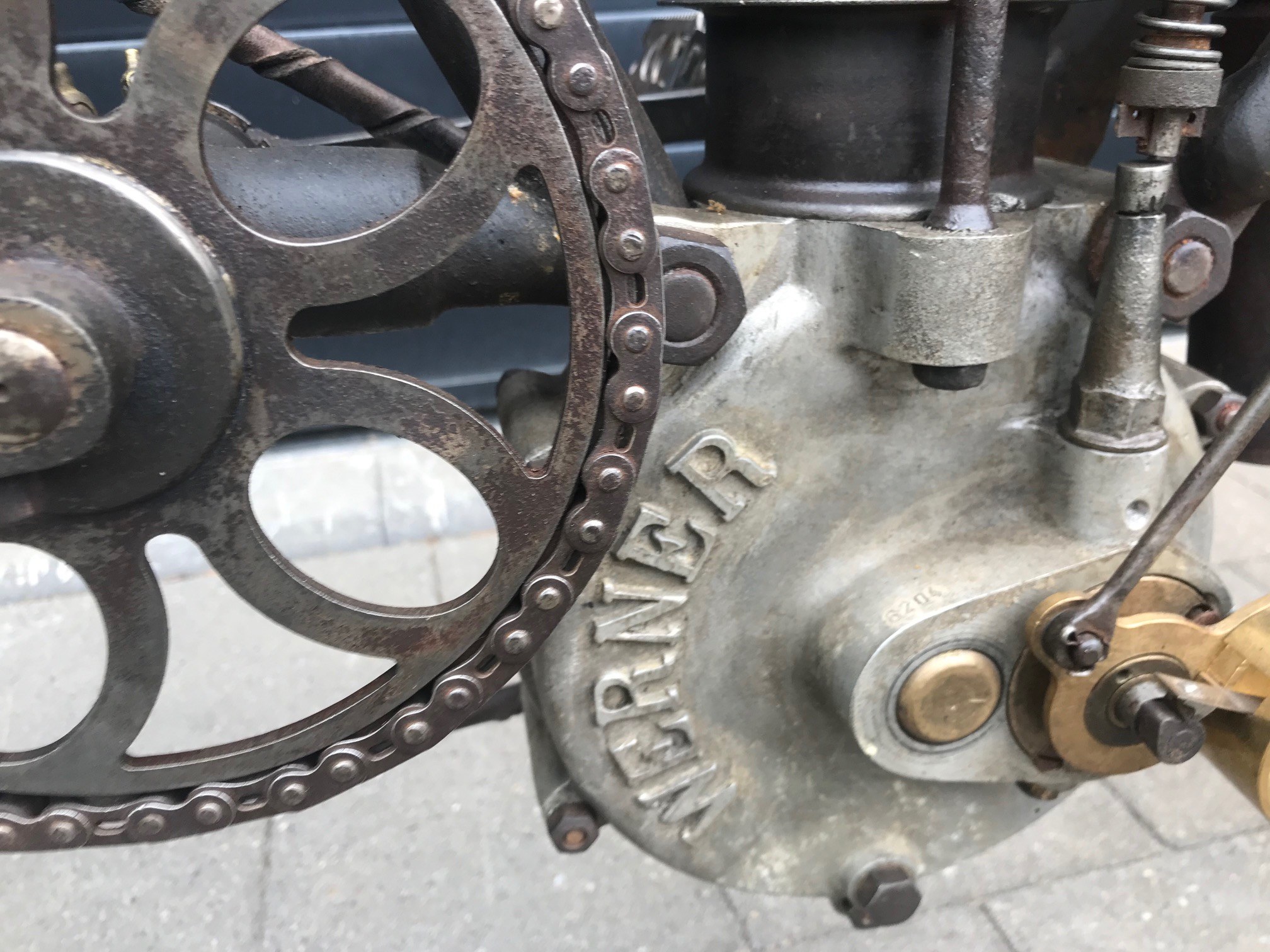 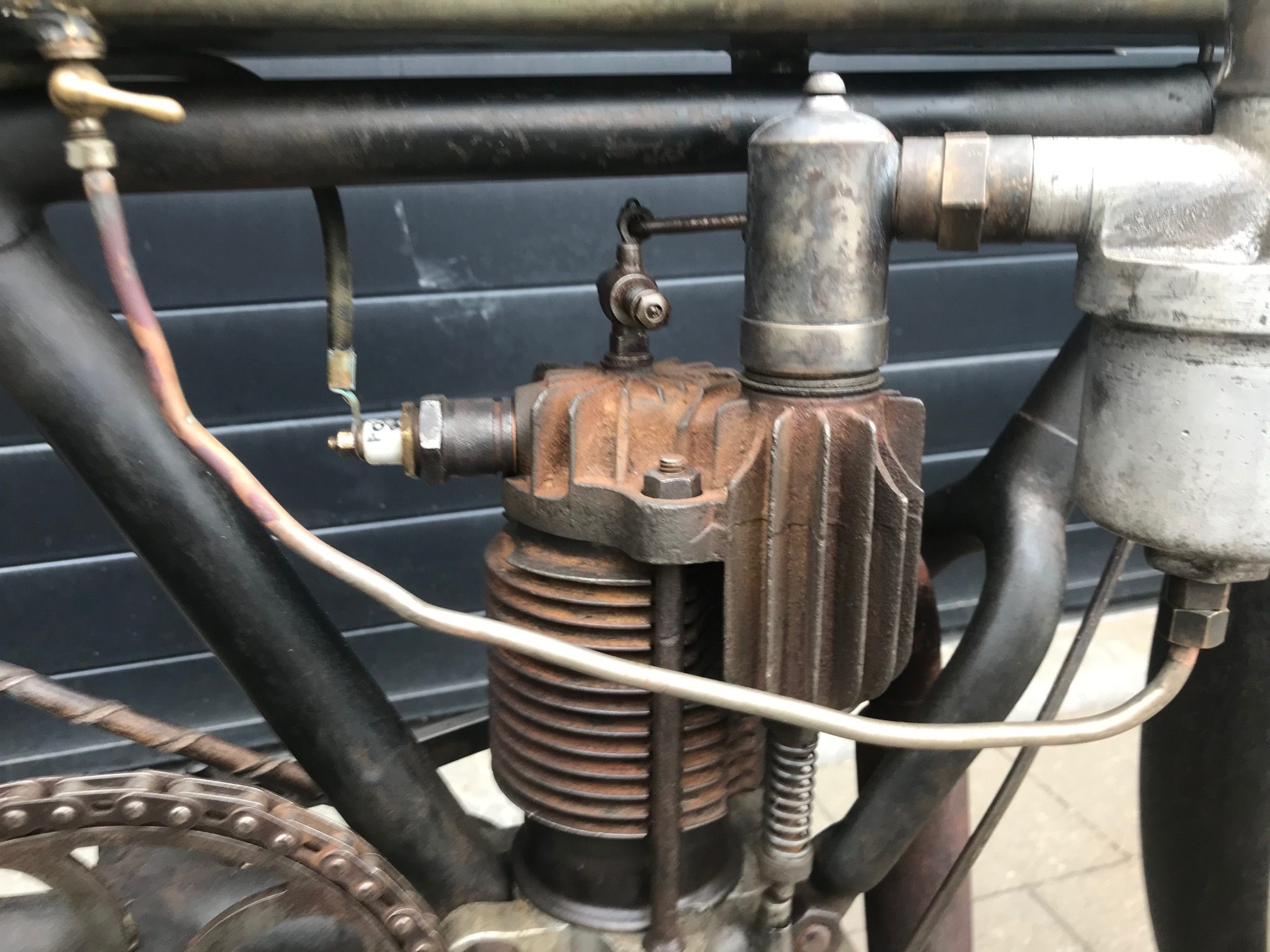 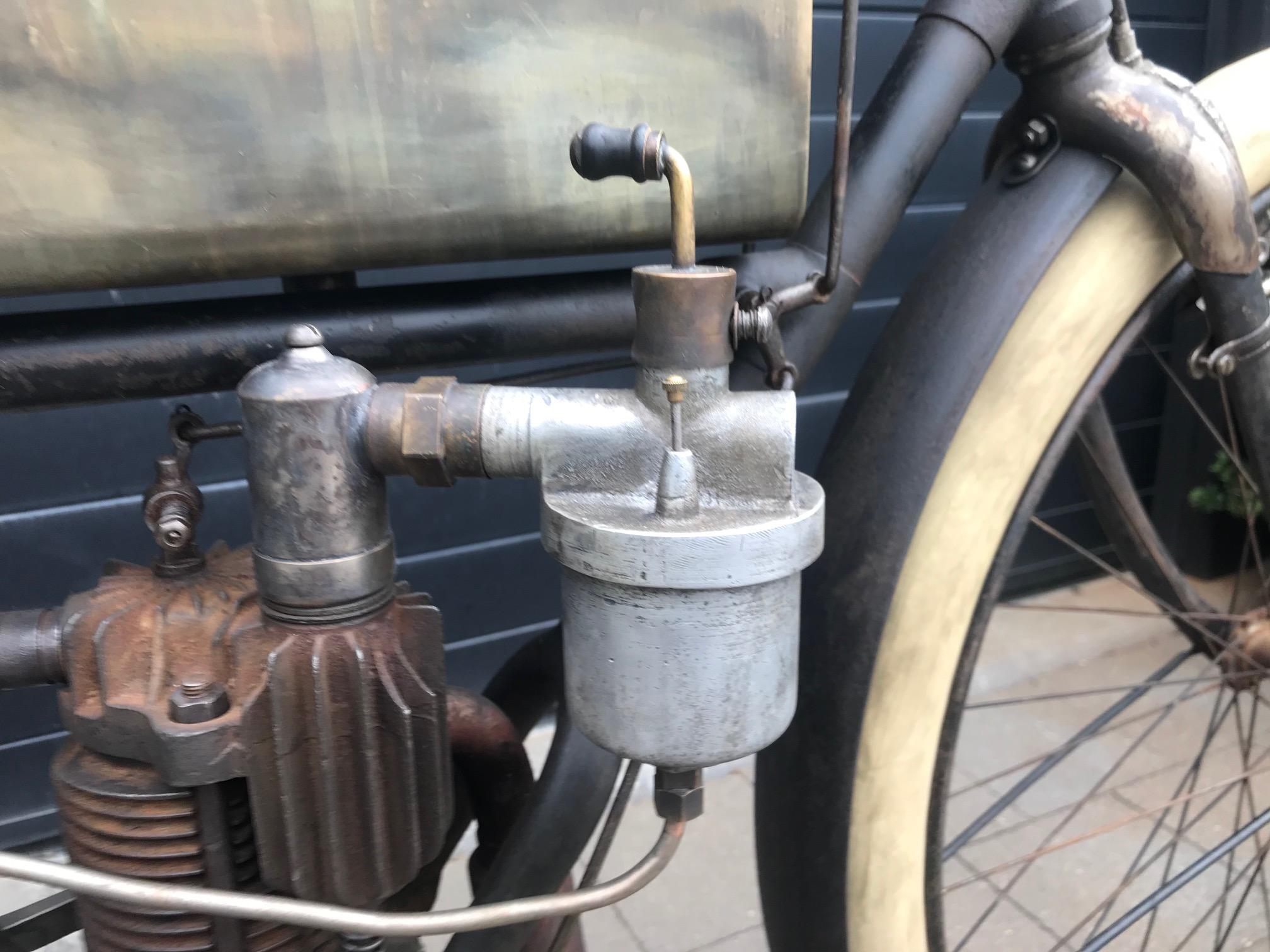 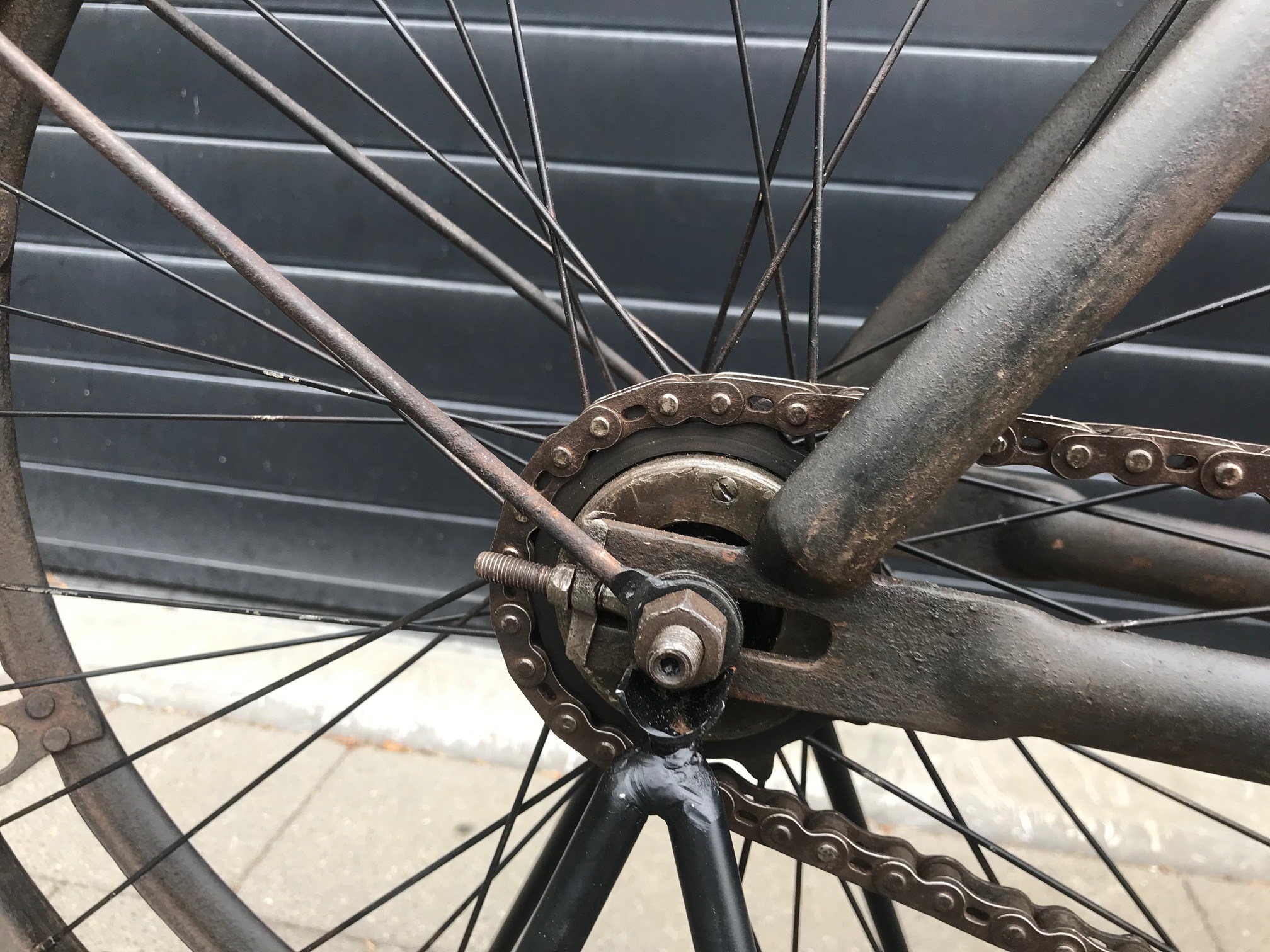 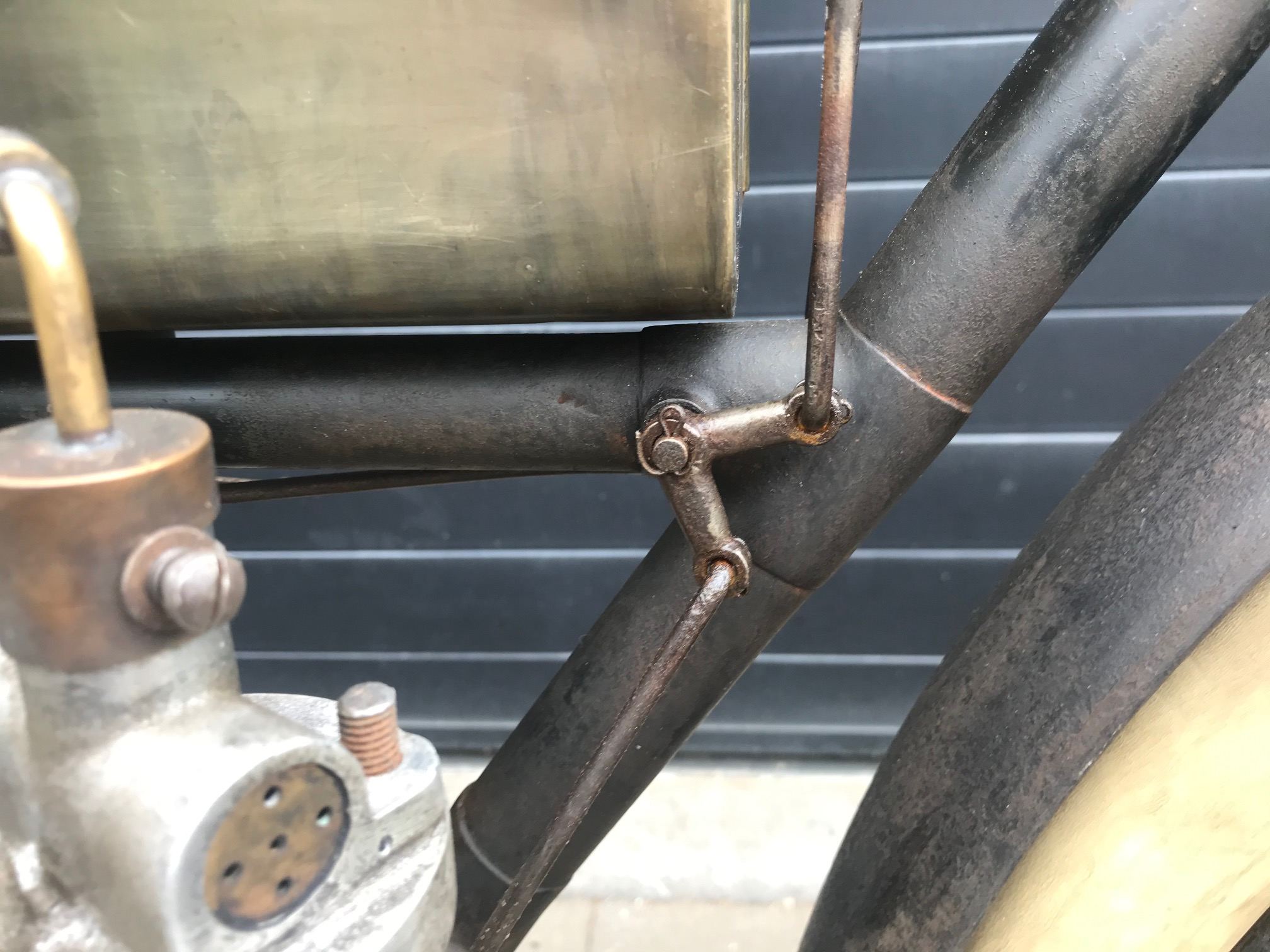 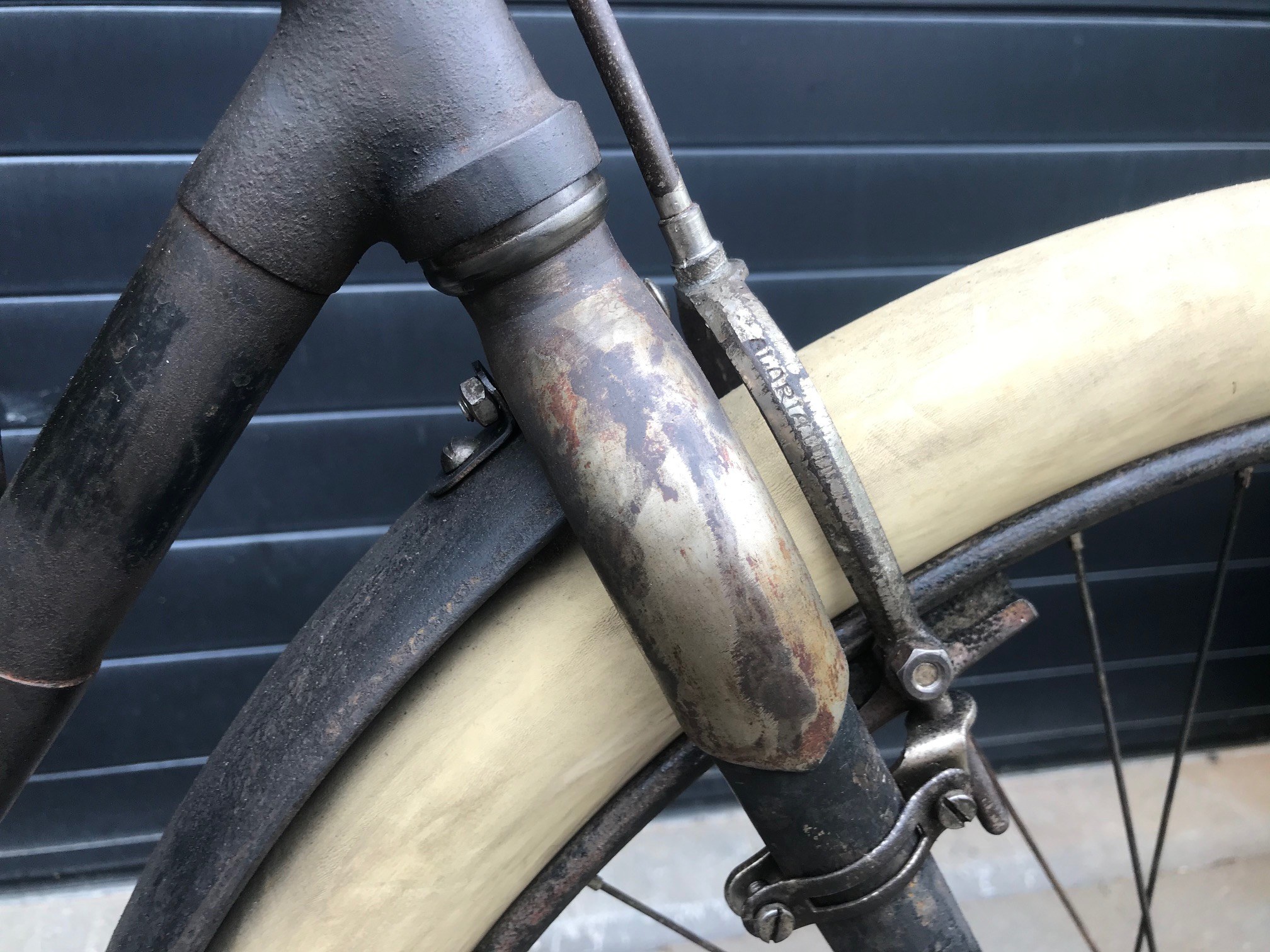 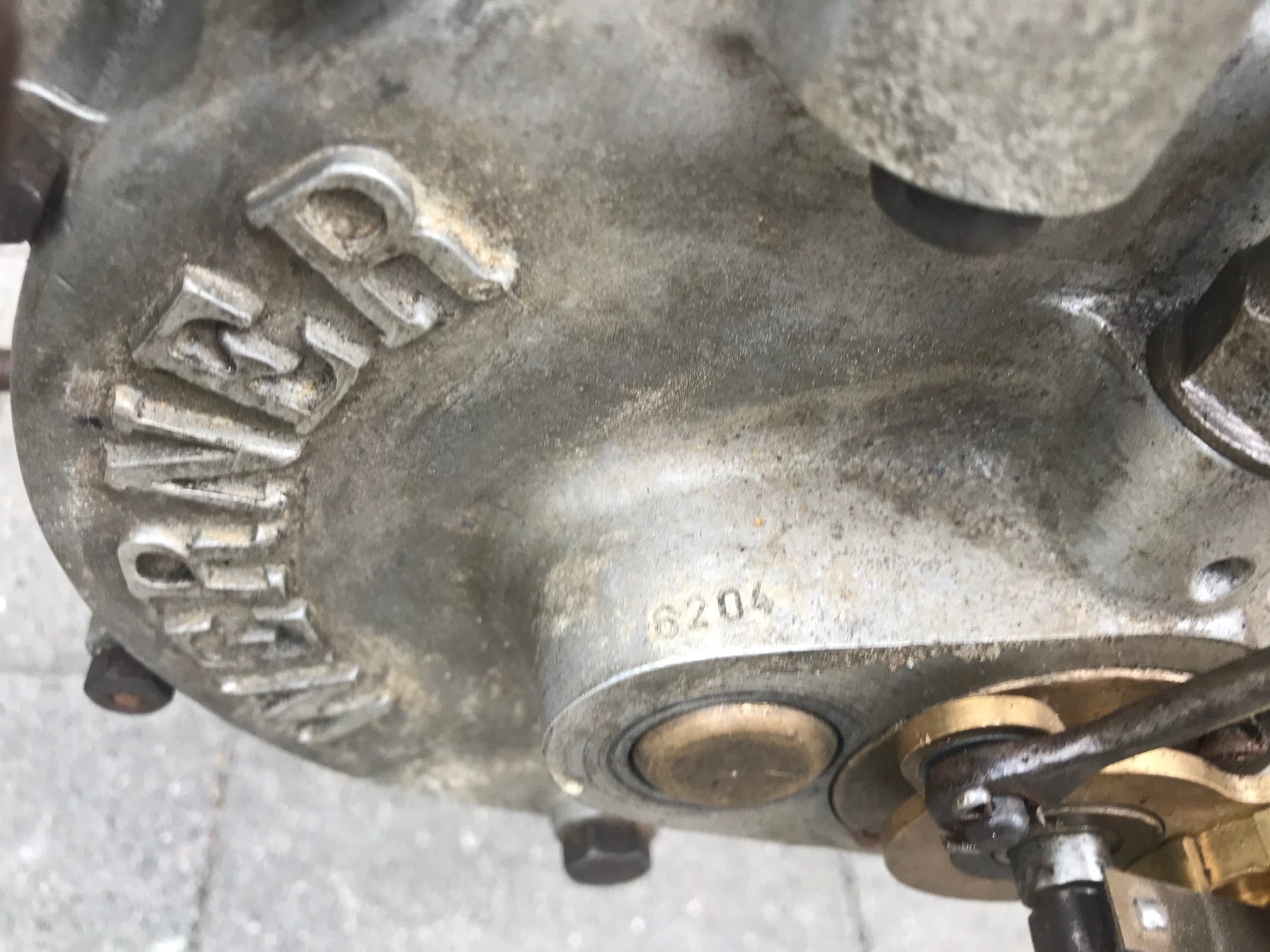 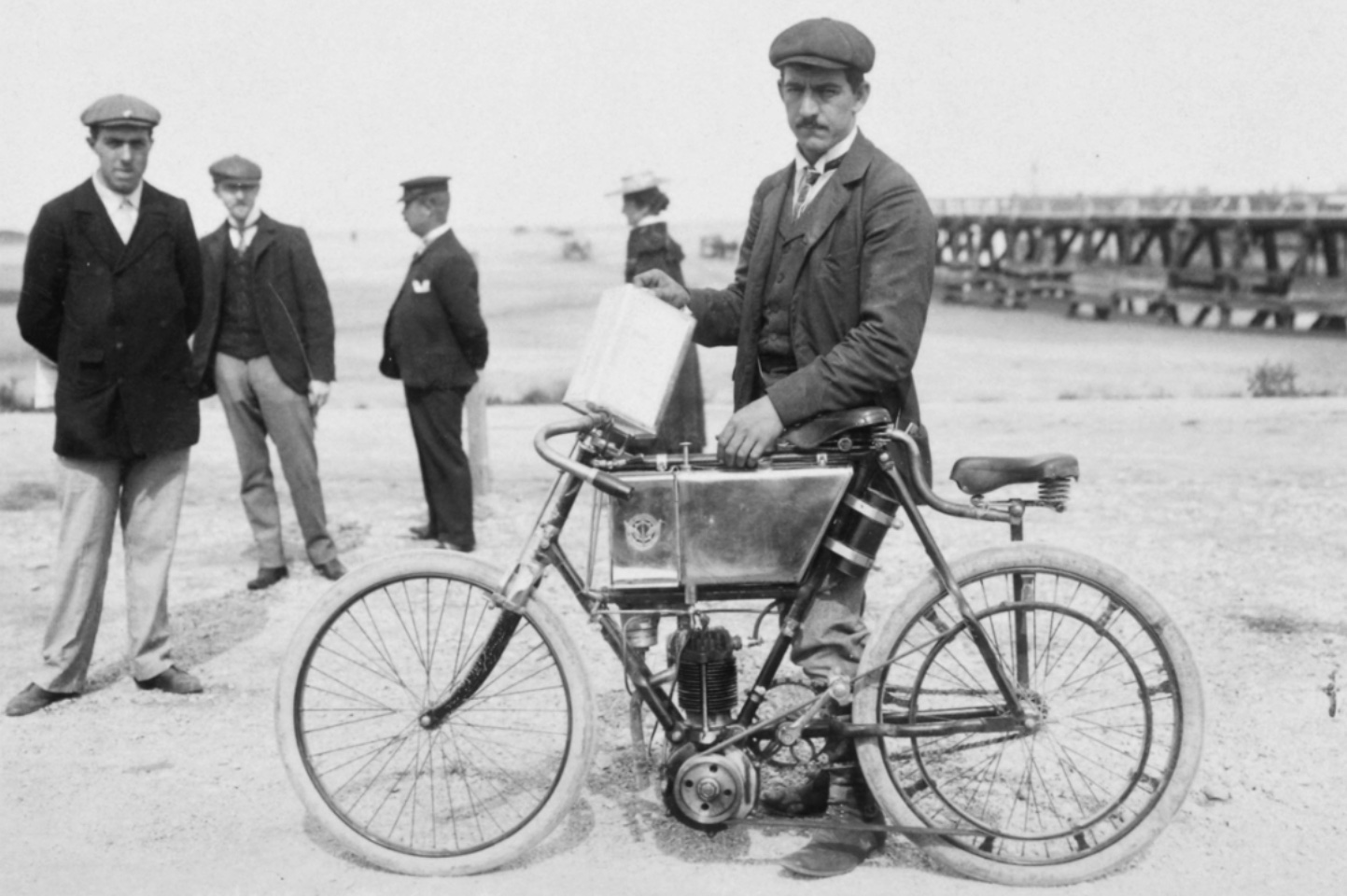 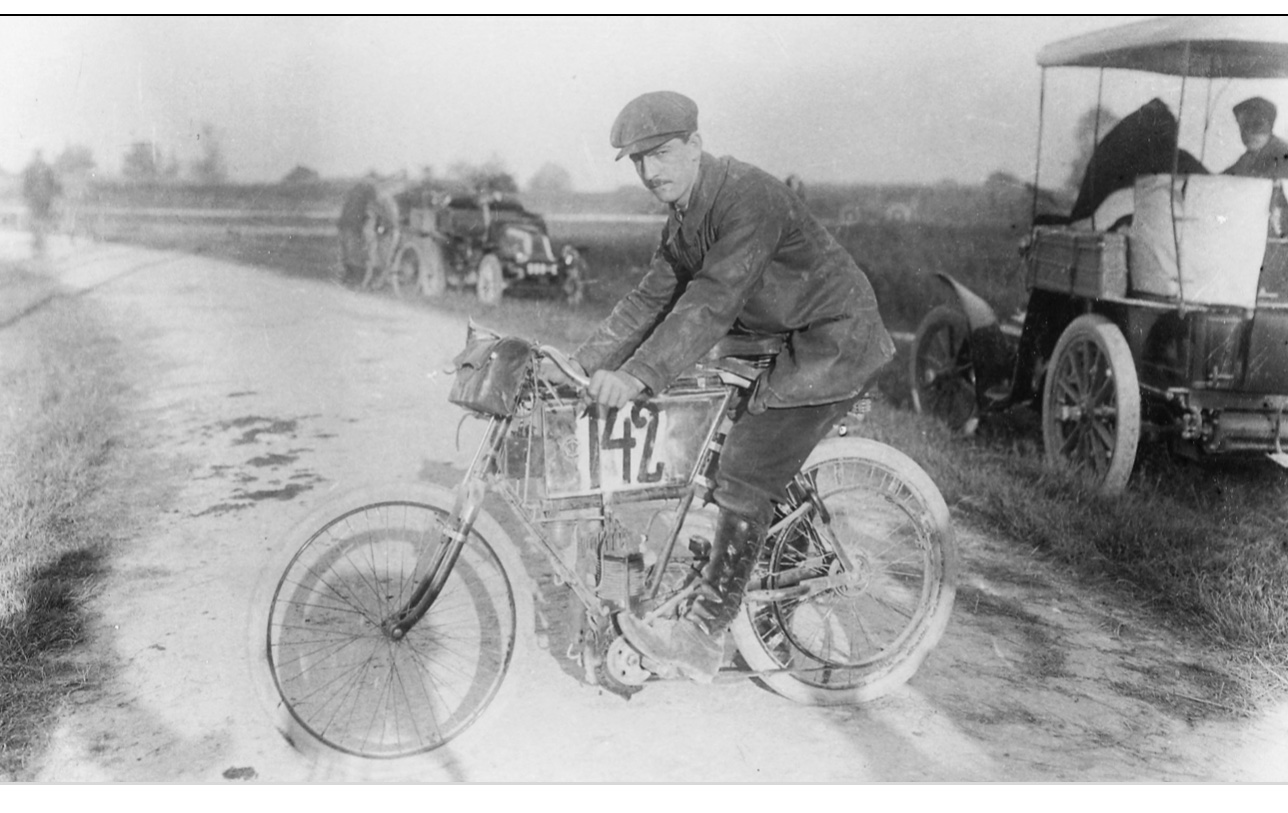