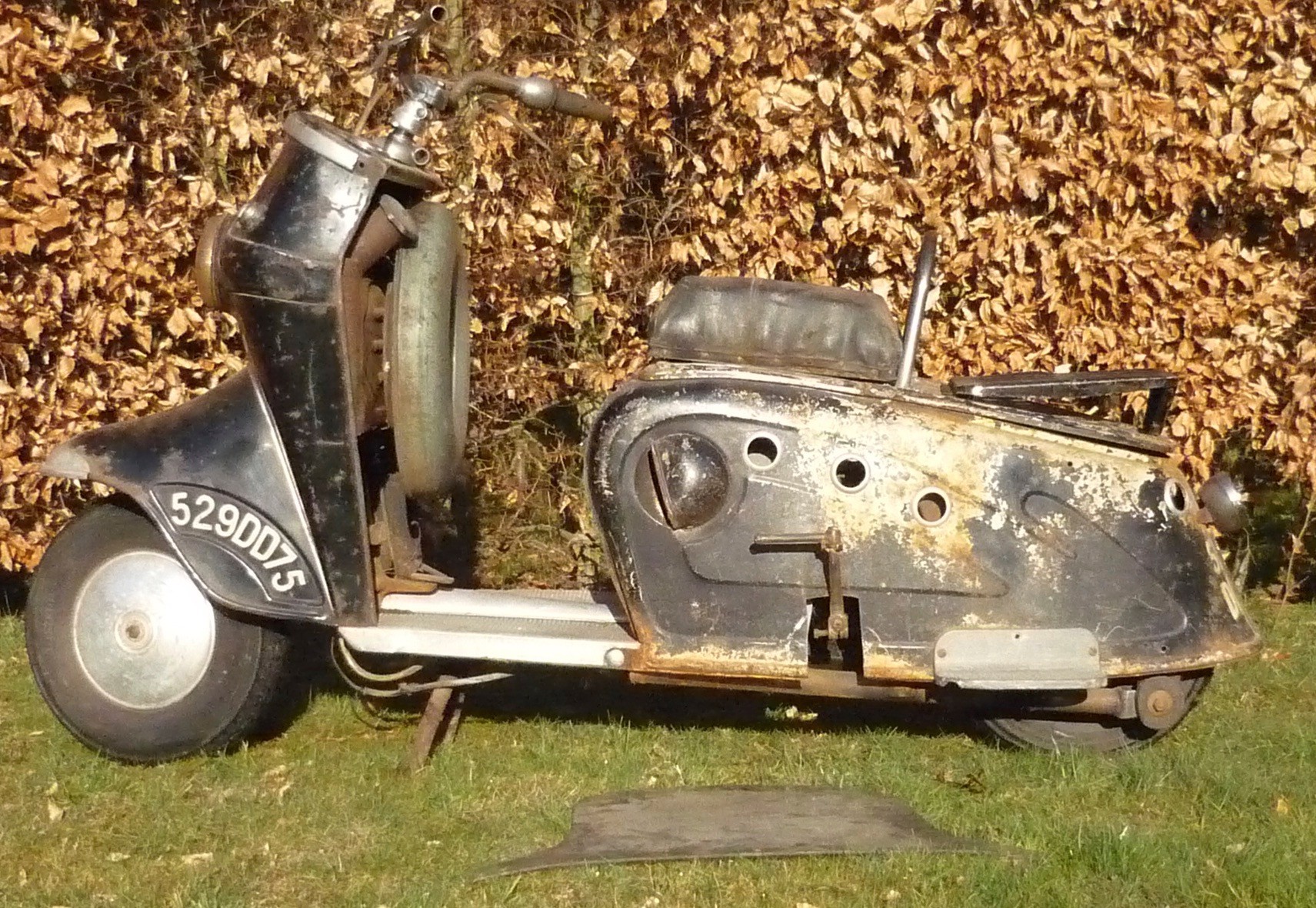 Beautiful base of a French scooter Bernadet model Y52 of 1953. This scooter has a 125cc Ydral engine.
Bernadet started in 1921 with the construction of sidecars, in 1946 with the construction of cars and is 1947 with scooters. In 1955, the company was taken over by Le Poulain. This scooter was available with a 125cc and 250cc Ydral engine. And was also for sale in Belgium under the brand Gillet. Only the emblems are different.
The engine of this scooter is loose but the carburettor is missing. As carburetor was originally a Gurtner R17 or Dell'orto MA on it. The windshield is there but has been disassembled for transport. 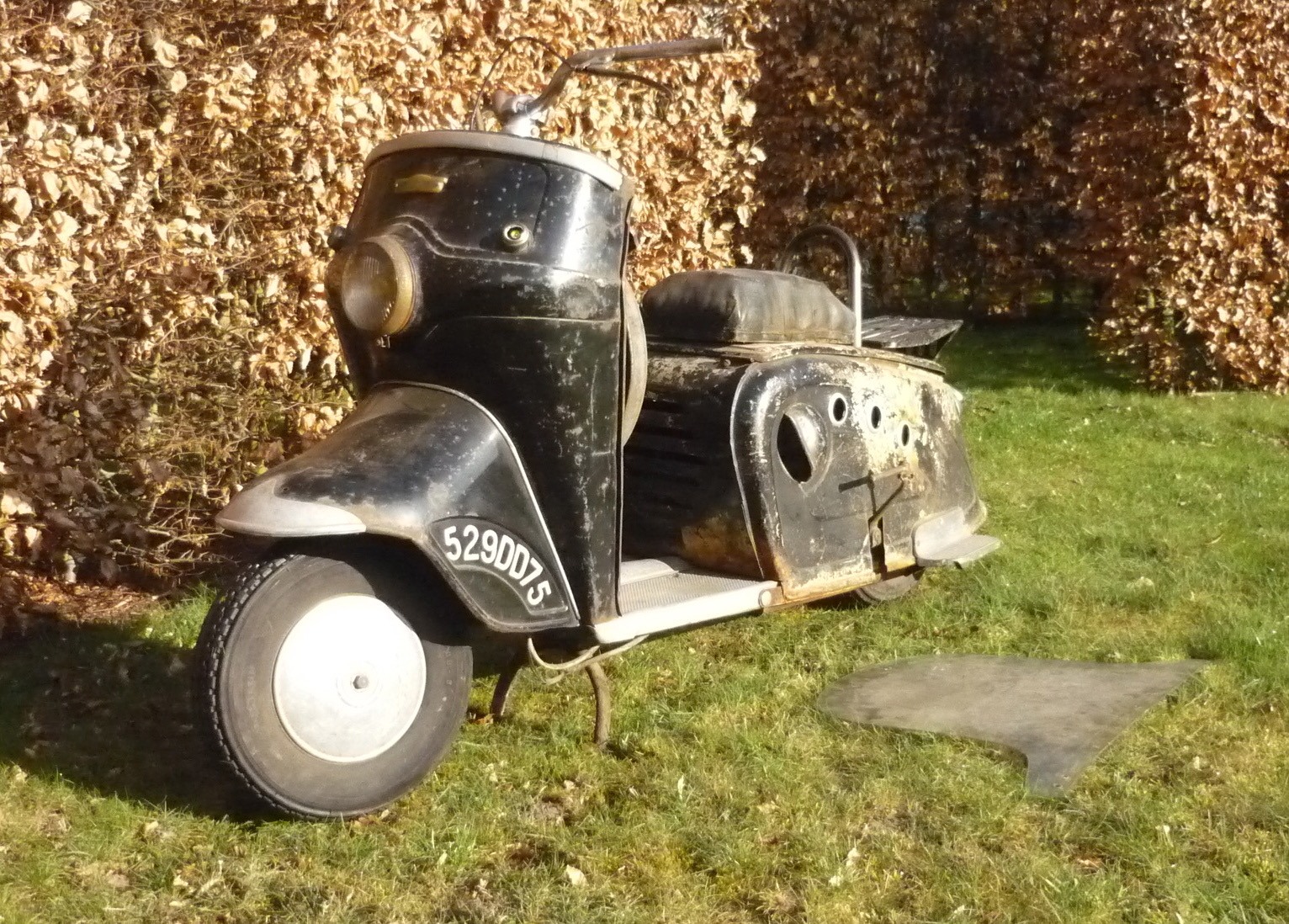 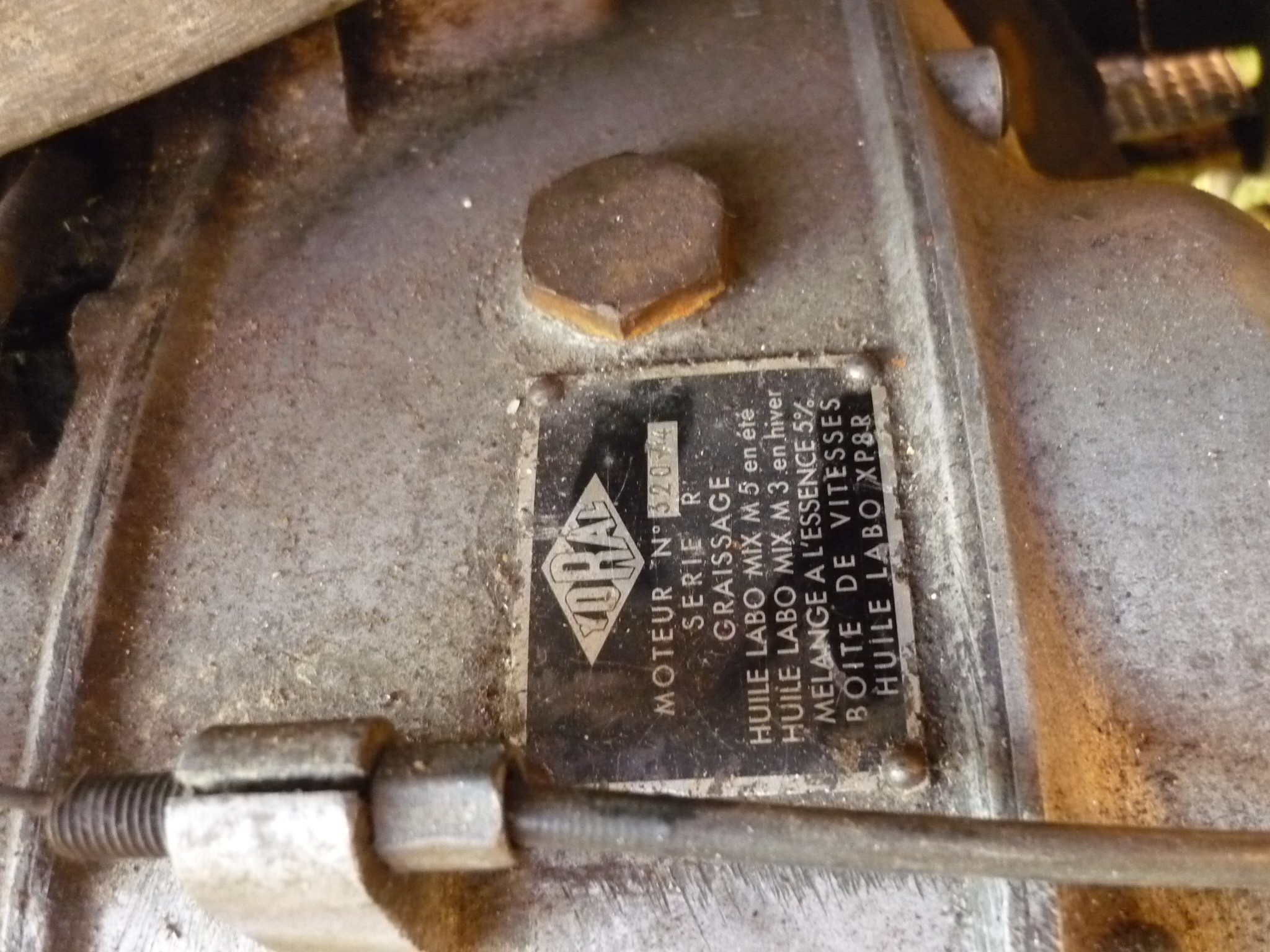 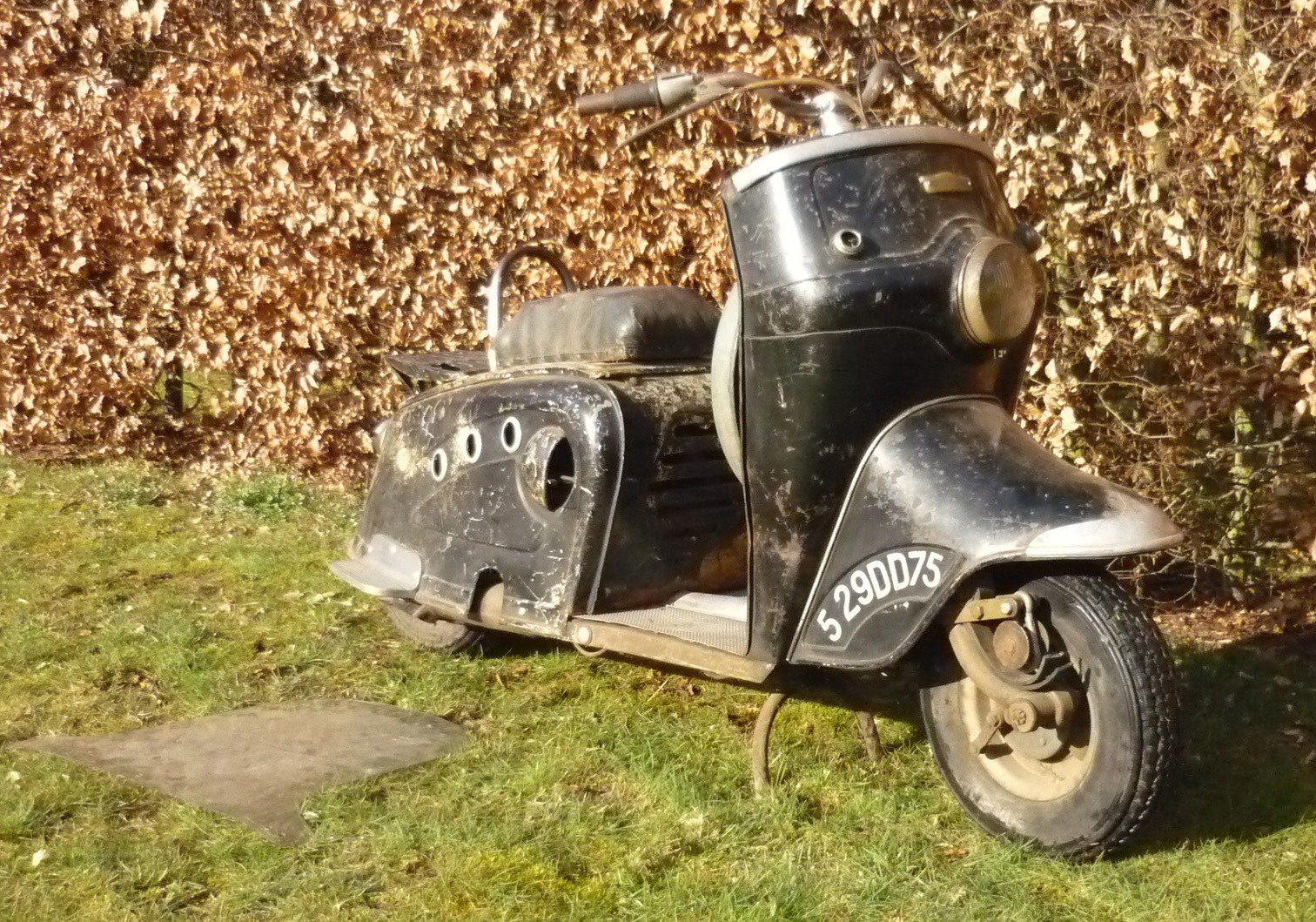 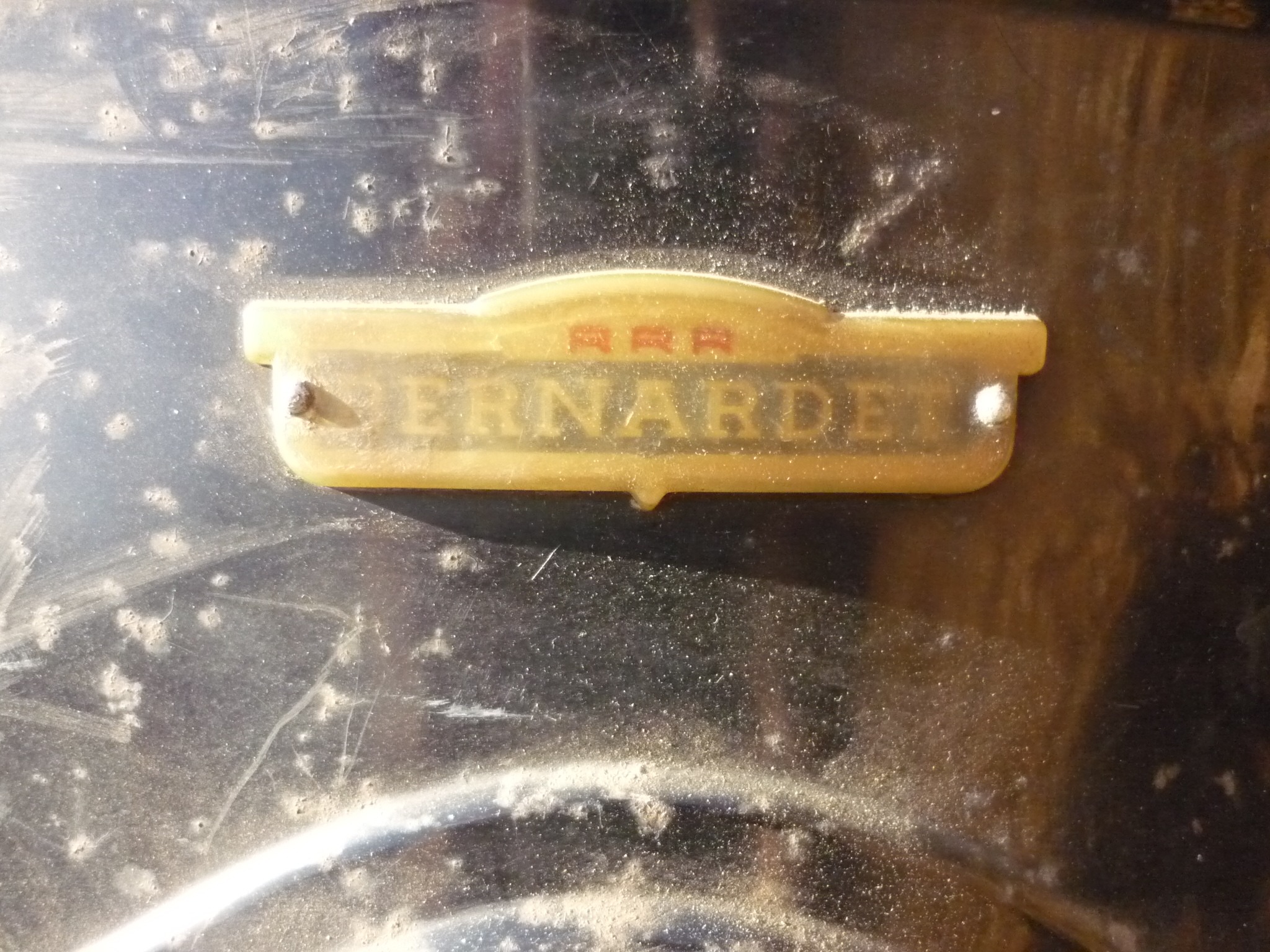